Welcome to Epcot! It's a beautiful day out in Mid January and it's the perfect day to visit the parks. Also, the start of the Epcot International Festival of the Arts is starting in just a couple days, and they've already started putting decorations up for it. It's going to be great! 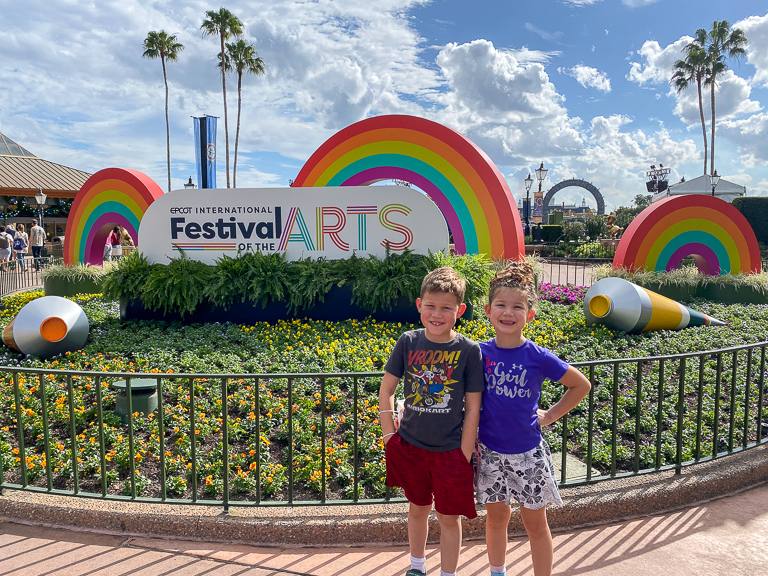 We knew that tonight, we're going to finish our evening at the Disney's Hollywood Studios. Ride lines always get better in the evenings and that park doesn't have enough rides to meet the demand of everyone. At the moment it doesn't have a nighttime show either, so people leave in the evenings to go someplace else. I parked the truck in the Hollywood Studios parking lot and we walked along the Boardwalk to Epcot. 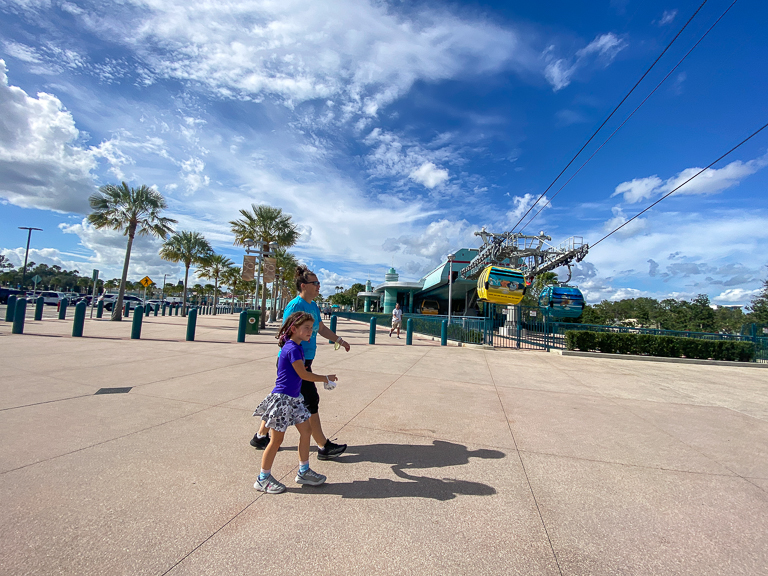 Remy's Ratatouille Adventure just recently went from a reservation system to a regular standby queue. We happened to find the line under 40 minutes. The kids really wanted to go again, so we hopped in line. 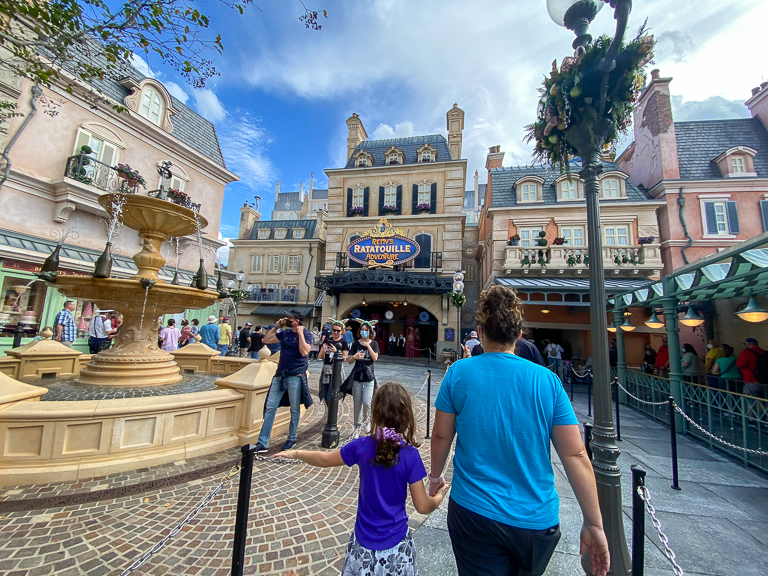 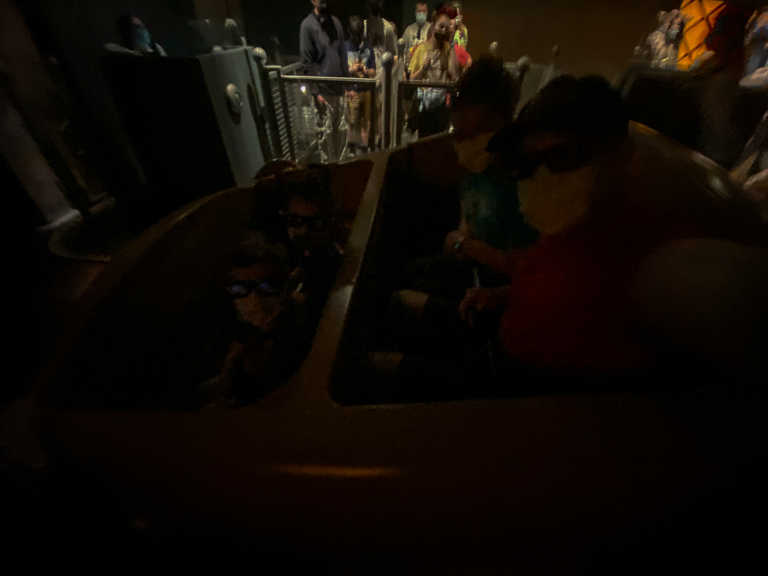 It's a cute ride. I like all the larger than life models, since we've shrunk down to the size of a rat. I just wouldn't wait 60+ minutes for it. 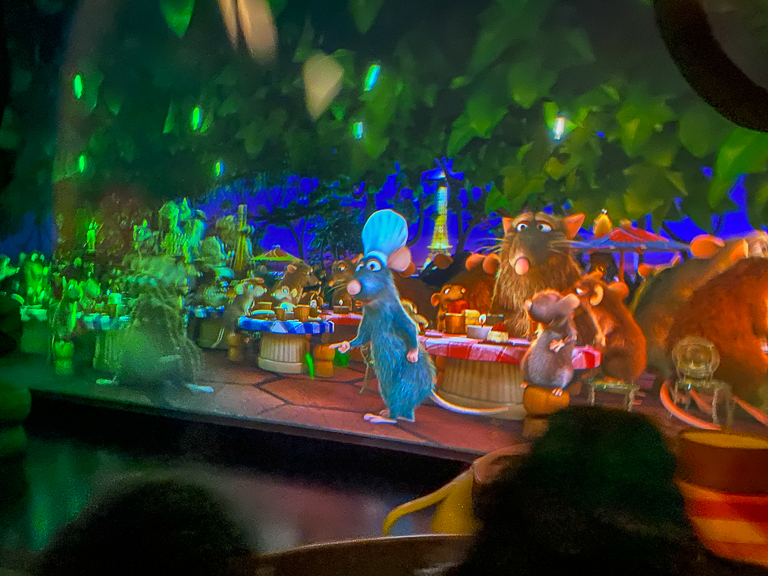 Back at the front of the park, the chalk artists have already started a couple days early putting chalk murals down on the ground. I sent Ruston a picture, saying that this could be us next year if he's interested! This place is all quiet now. 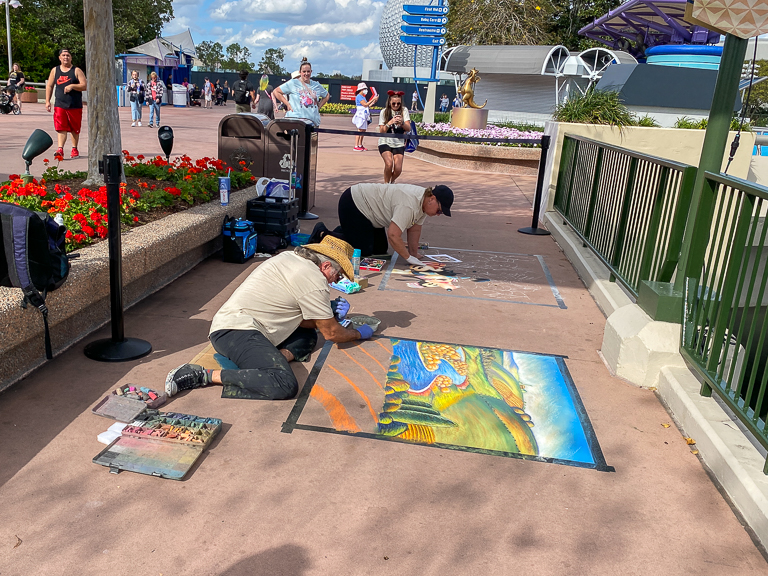 Just a couple days later, this area would be swarmed with collectors, waiting in up to a 7 hour line, just to get a Figment Popcorn bucket. That could have been us... but we decided to do Figment's Brush with the Masters scavenger hunt around the park instead. 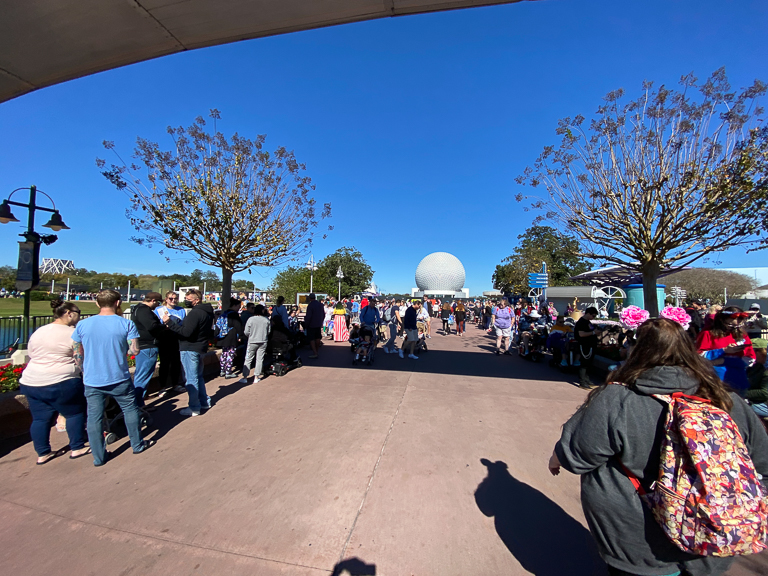 A stop by Club Cool is always a fun stop. I actually can plan for this in what I carry around for the park. I can carry one less water bottle since I know we'll rehydrate at Club Cool a couple times throughout the day. 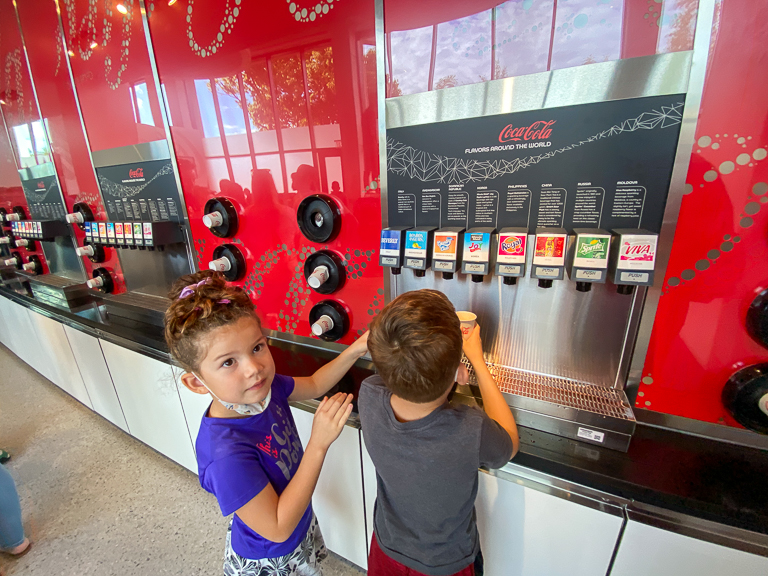 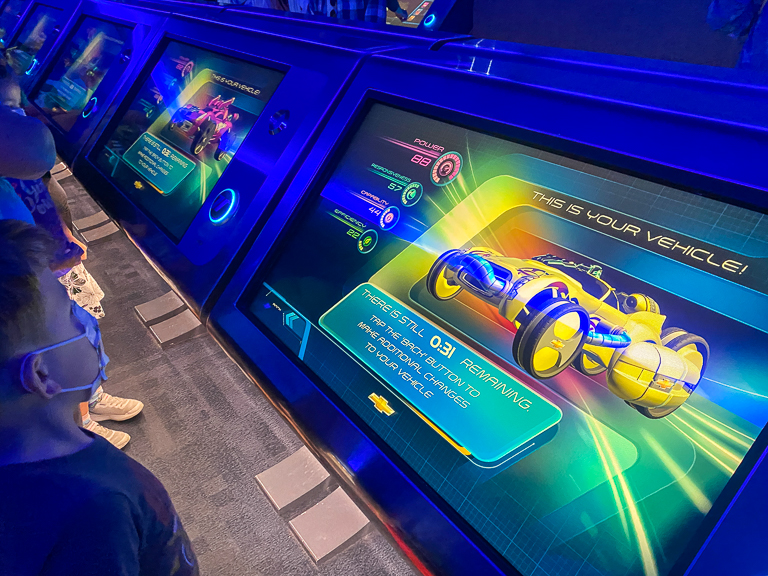 Hands up high in the air. 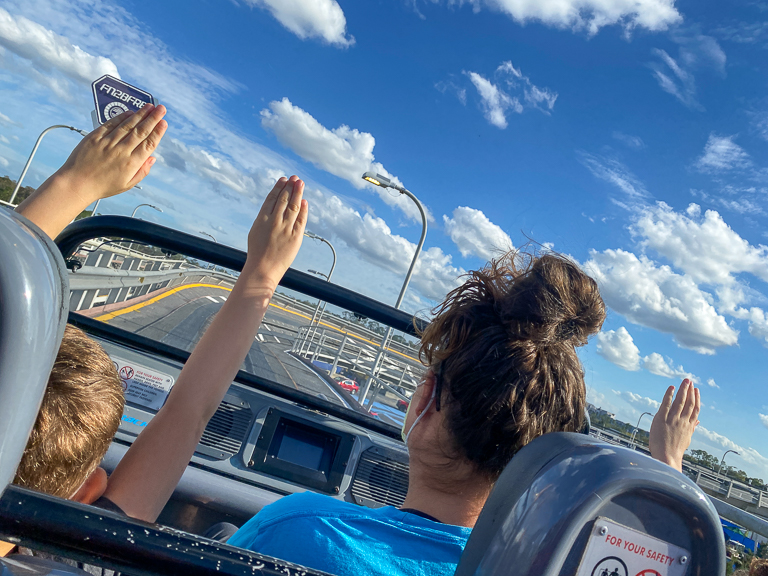 Soarin' over the World is fun, especially when we see places we've visited. I love seeing the Eiffel Tower at night on that ride. It puts me right back in Paris on our trip in 2019, riding on the boat with my family at night and watching that tower sparkle. 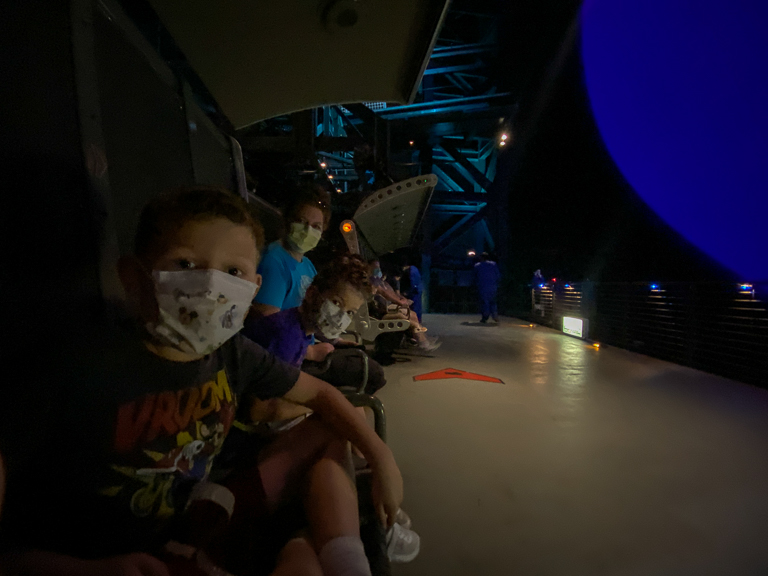 After dinner, we walked ourselves back over to Hollywood Studios (gonna be a good mileage day today). There we got to see Lightning McQueen's Racing Academy for the first time. We got to sit in the very front row! We got to watch Lightning race on a simulator against Chick Hicks. It's a fun addition to the park. They should have had Jackson Storm show up though. That would have been some real fun. 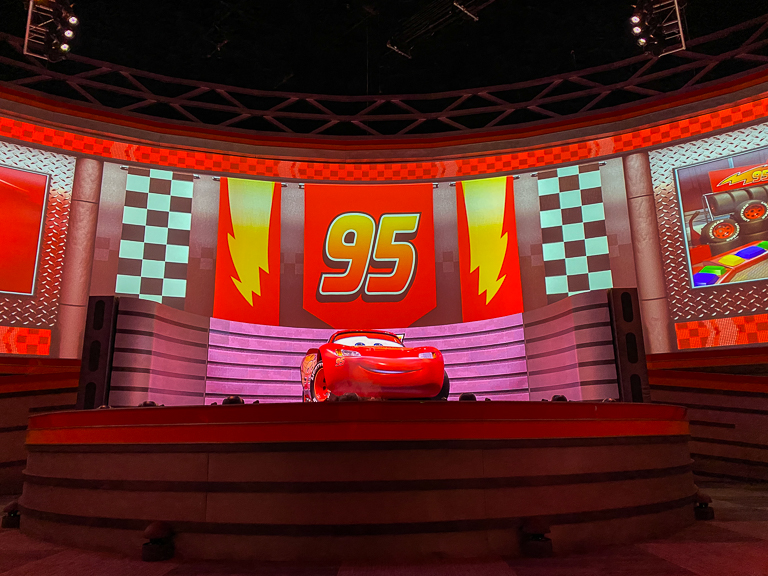 It's Cruz Ramirez right outside! 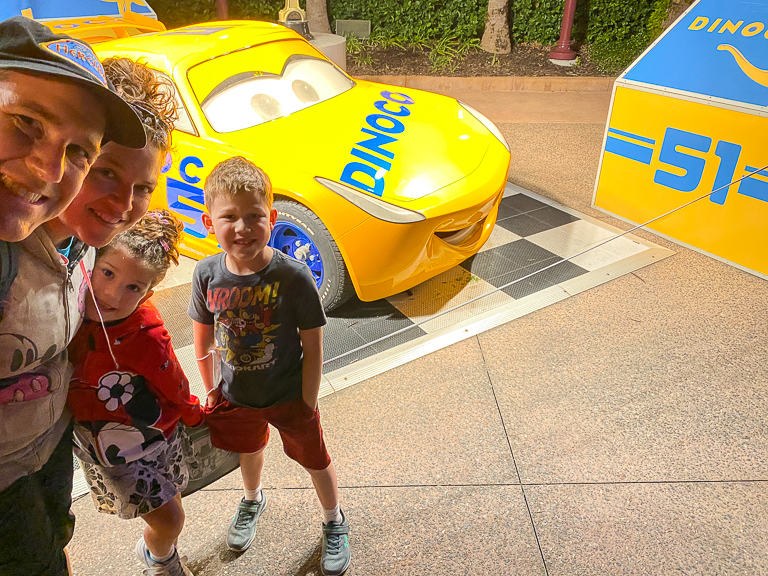 The kids are loving riding the Rockin Roller Coaster. 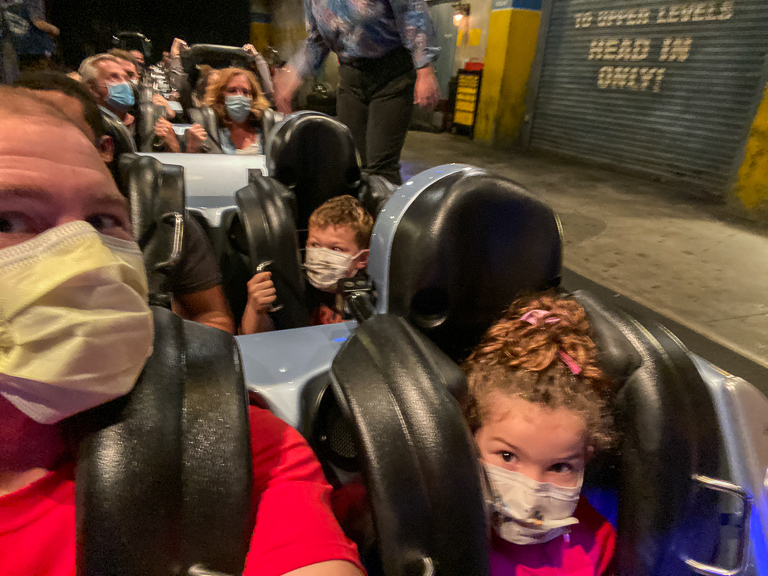 It's great how the lines go down after 7pm. What was a 100+ minute wait earlier in the day, dropped to under 20 minutes for Mickey's Runaway Railway. It's the first time we've been on this ride! 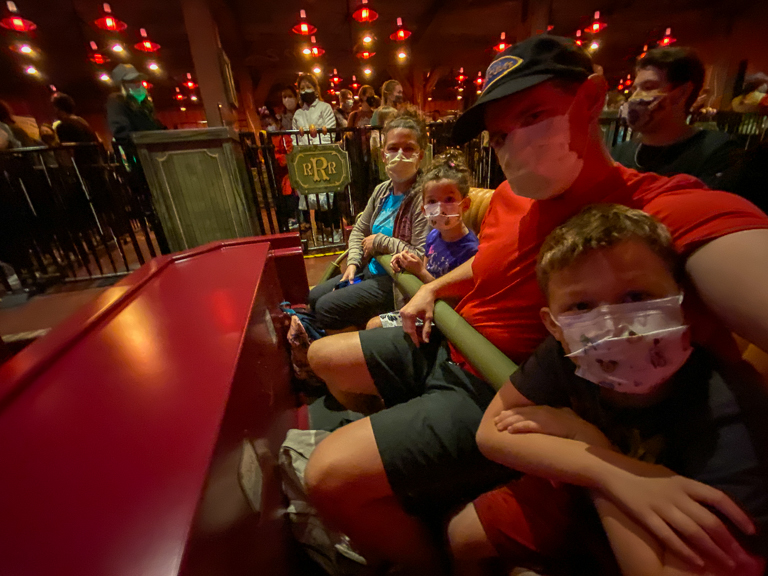 It's a cute ride. I like the big sets and the trackless vehicles. Theresa said that during the Daisy Tango dance scene, her back got a little adjustment. The cars are a little violent during that part! 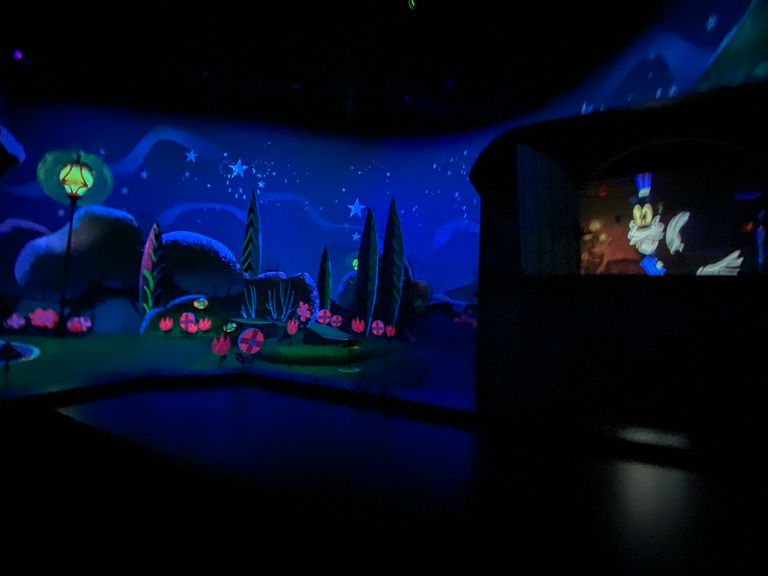 The park is closing in just a few minutes. To kill a little time, we rode on the Alien Swirling Saucers. Theresa likes how it's a nice and smooth ride. 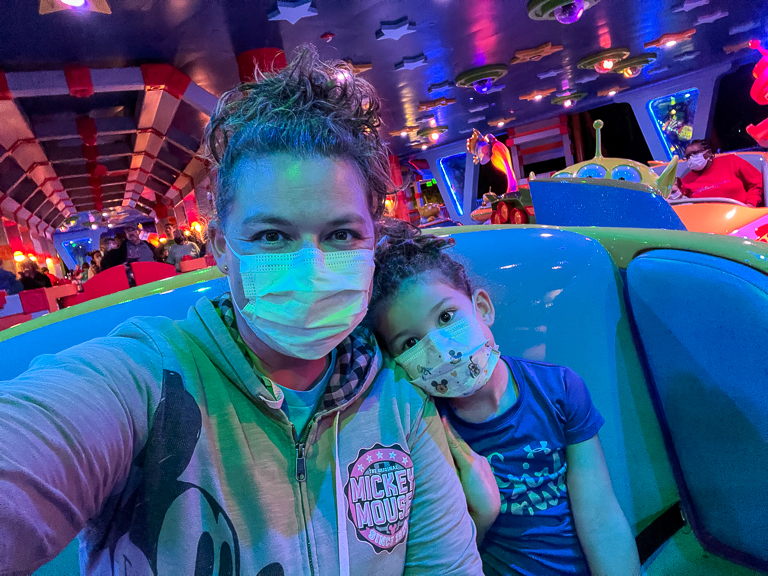 Ian used to be all about the green and blue eyed baby tractors at Tow Mater's Junkyard Jamboree. Now he's on the hunt for the Green and Purple spaceships, the ones that are the same as Buzz Lightyear's colors. 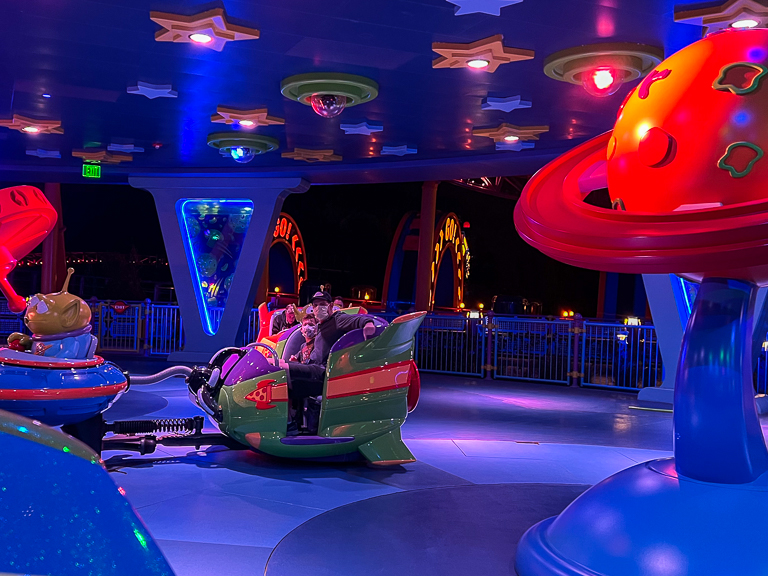 There's only 5 minutes left before the park closes! Time to jump in a line that would otherwise be ridiculous. The Slinky Dog vehicle looks similar to the ones in Shanghai, Hong Kong, and Paris, but while those just spin around in a circle, this is a full on roller coaster! It opened in 2018 and the lines are always long. When I look at the wait times, it often rivals Rise of the Resistance with 90+ minute waits. 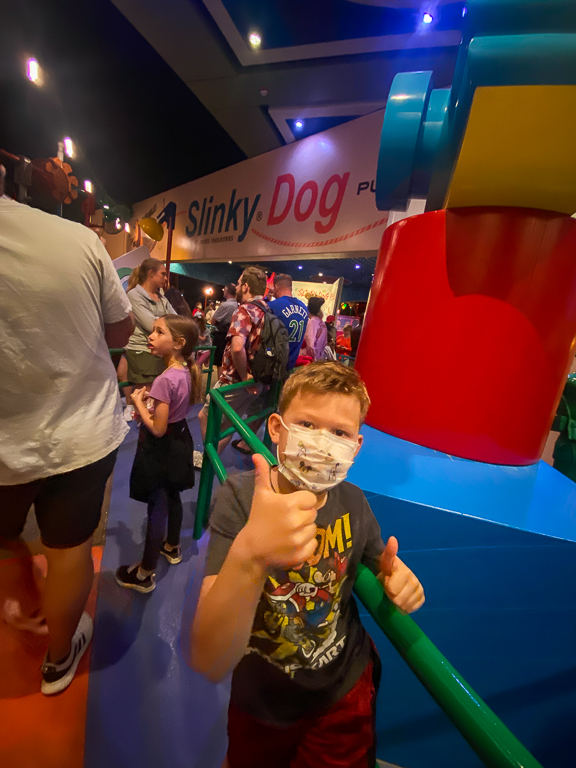 We got in line just in time, and only had to wait 12 minutes! We got the front row, and even better Theresa is joining us! 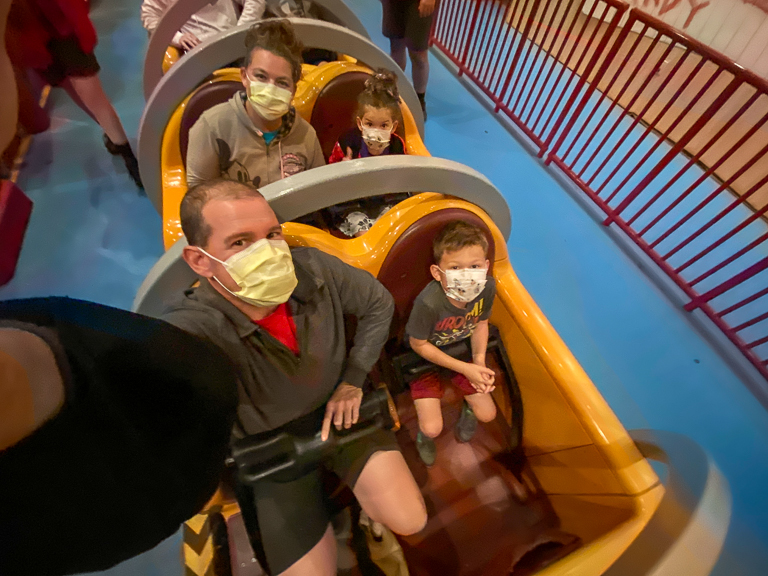 As we were riding, we could see the fireworks going off at Epcot just a mile away. I love going on coasters when fireworks are going off. I thought the Slinky Dog Dash was going to be a lot shorter, but it's actually a decent length coaster. Theresa thought it was a good coaster too! Nice and smooth!
It's been a fun day today at both Epcot and Hollywood Studios! Let's do it again tomorrow! 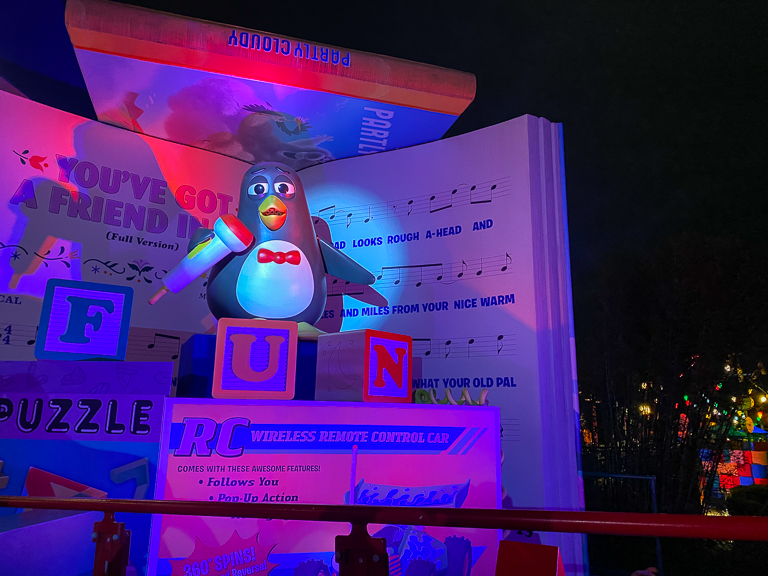