Happy Valentines Day! The kids were very excited to celebrate! 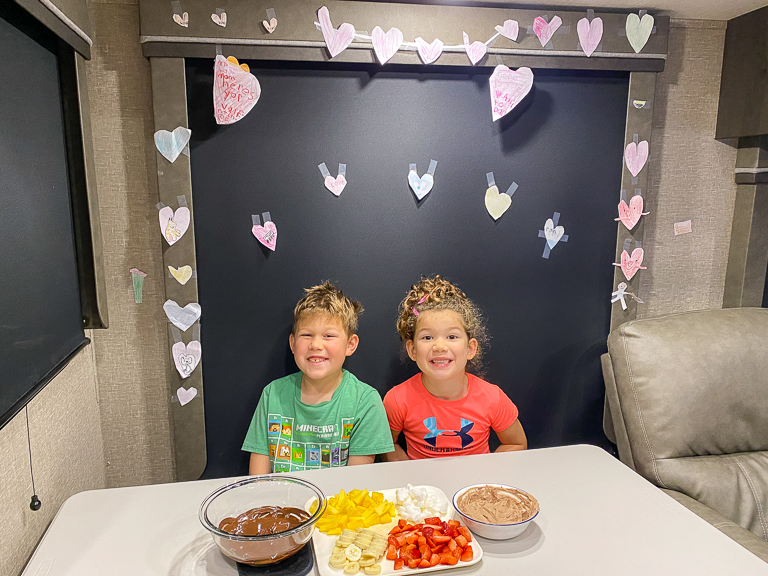 Alli wanted to make sure the RV was decorated for the holiday. We discussed what kind of things would make good decorations for Valentines Day. She came up with hearts, chocolates, and flowers. 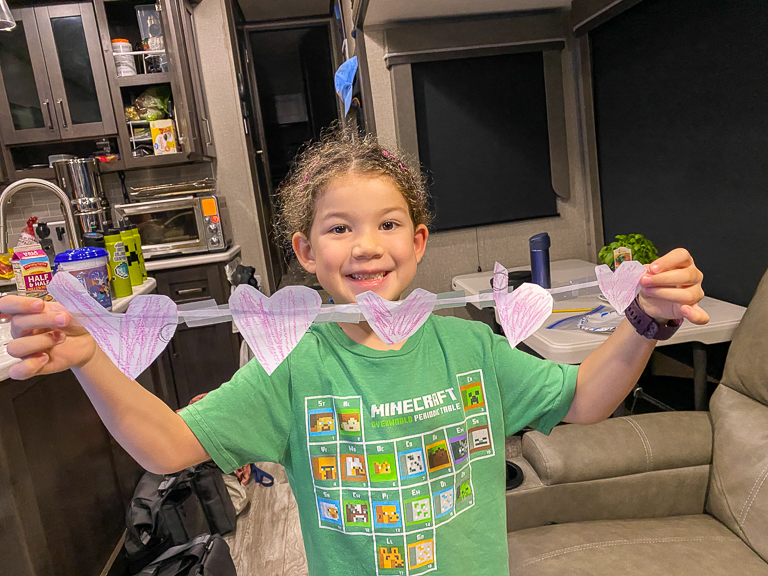 Ian got involved making decorations too. 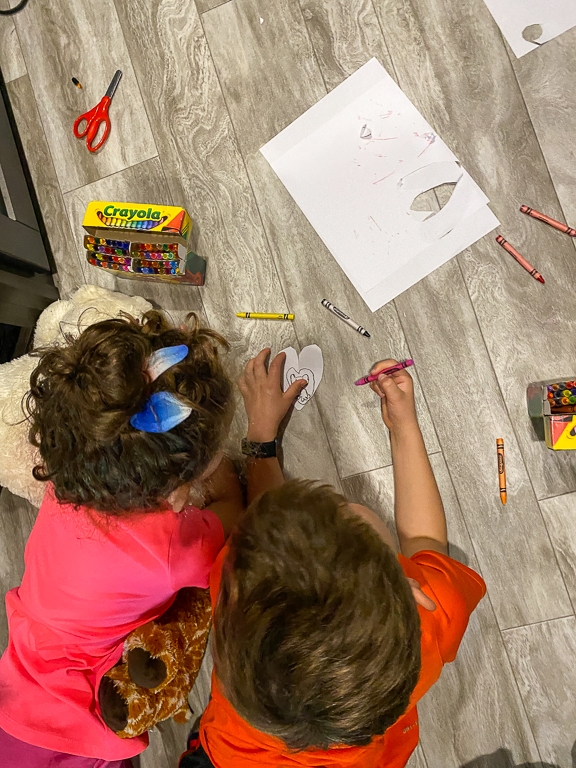 Alli - I'm going to make lots of hearts. I don't mind work. I like work. 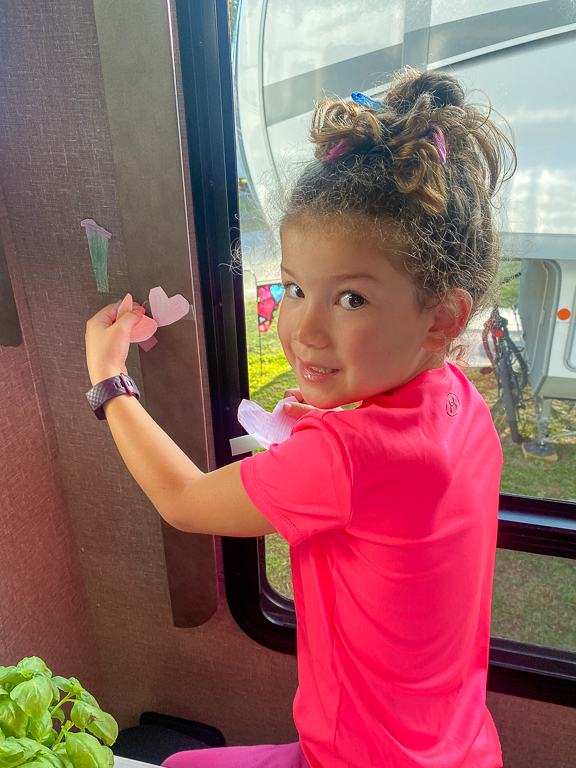 One other special thing we wanted to do was give out Valentines to random people, similar to that Halloween back in 2019 when the kids gave out Halloween candy at the airport for 2 hours. The plan was to make a couple hundred Valentines and walk around Disney World on Valentines giving them out to cast members and kids. 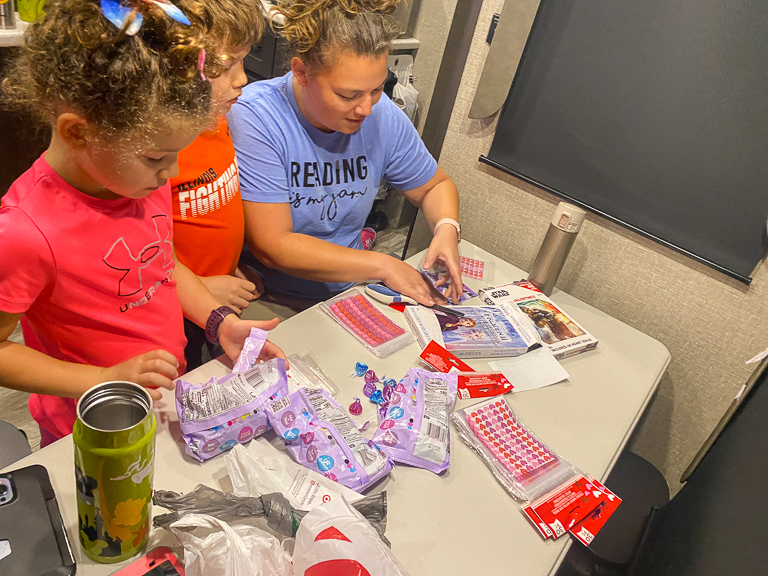 But... a week before, I realized that we were blocked out of Disney on Valentines Day. D'oh.
Well we've still got a lot of Valentines materials. The kids got to work, writing "To: My Friend, From: Ian and Alli" on a few dozen cards. They put them in Valentines zip-top bags and added 6 Hershey's Kisses. 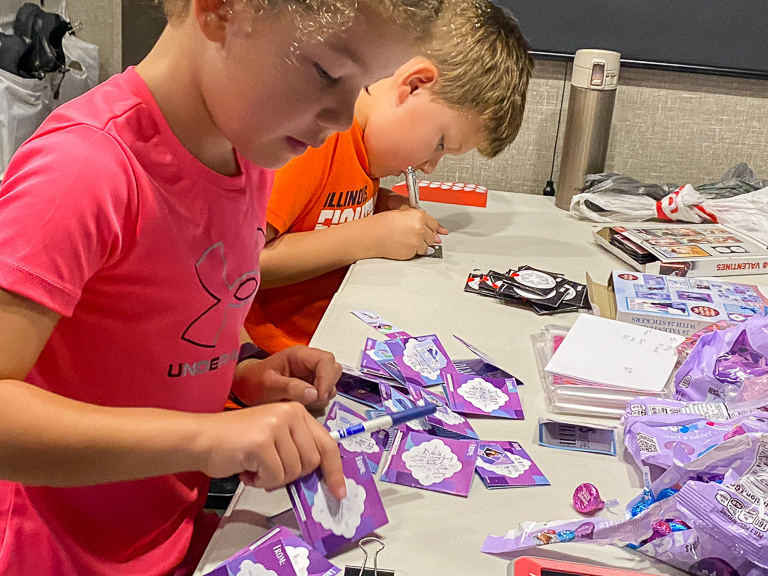 Alli was so excited for Valentines that she was having a hard time going to sleep the night before. I remember being little and getting that excited for things like this.
Breakfast time! 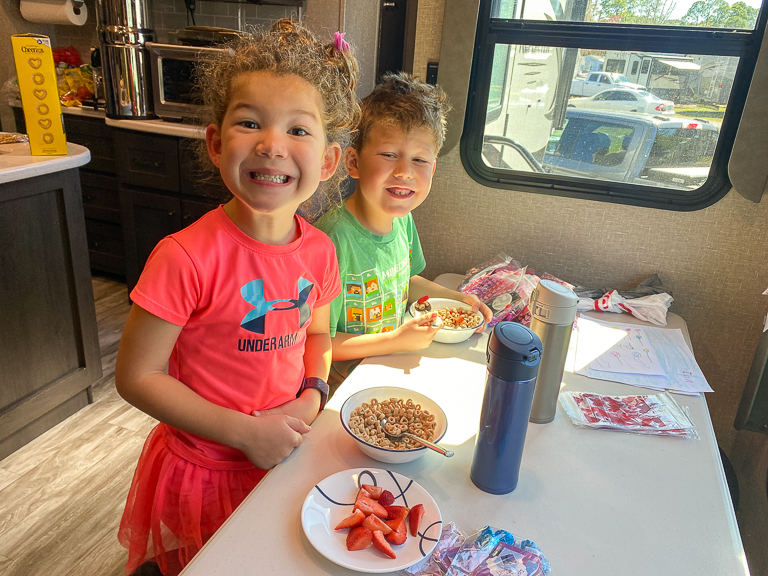 Theresa has heart shaped Cheerios along with delicious strawberries from Plant City Florida. There's a Strawberry Festival coming up there soon. We should go visit! 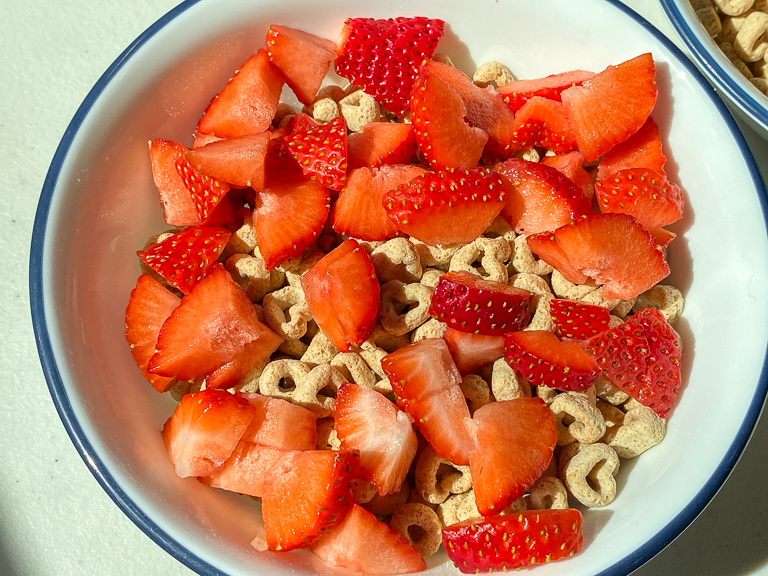 Later in the day, after school, we went out doing a little bit of shopping. I grabbed a few things from 7/11 for a future taste test. The kids made sure to give the clerk a Valentine.
We've hit this Taco Bell a few times, and the workers are starting to recognize the mobile order name and the guy with the big truck. They've even gifted the kids with free slushies. The kids even drew them a picture, proclaiming them to be the best Taco Bell ever. We wanted to make sure all the workers there got Valentines and candy. 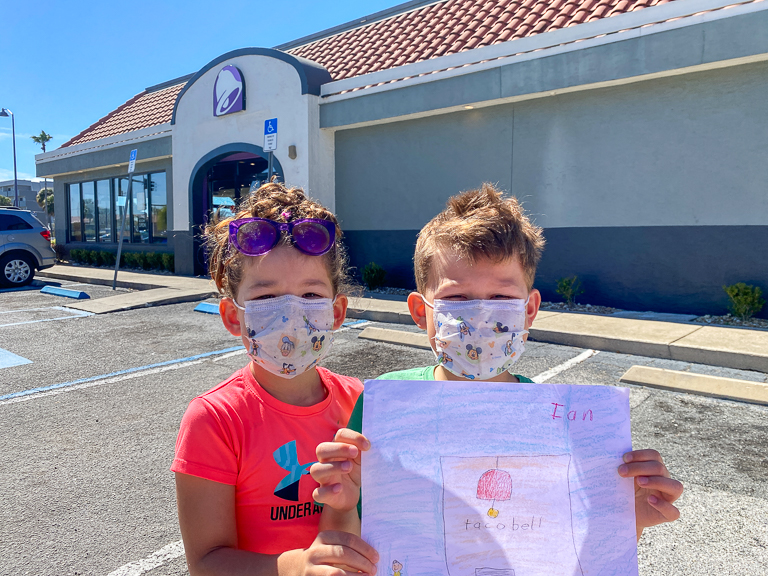 And we never expect anything in return, but one of them brought out a few of the icing filled cinnamon bites to give them as a treat. What a nice surprise! 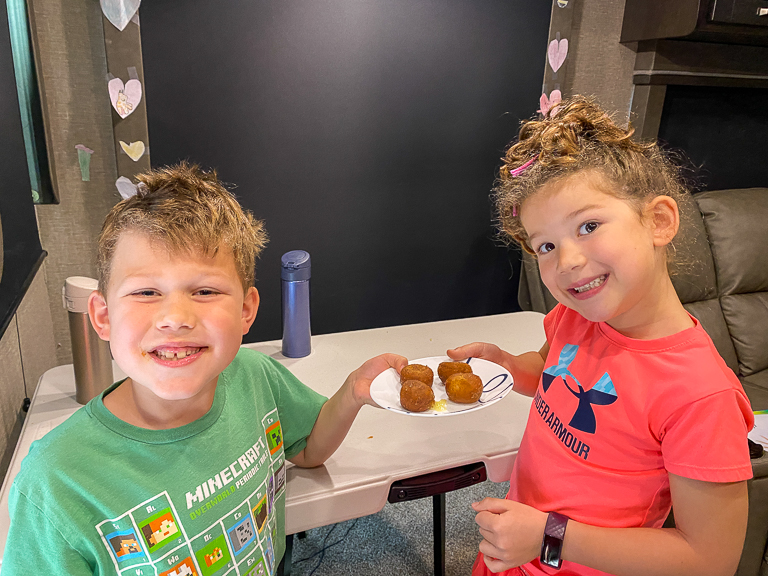 Once we got back home, Alli wanted to make sure she gave Theresa and I our Valentine cards. So sweet. Thank you Alli. 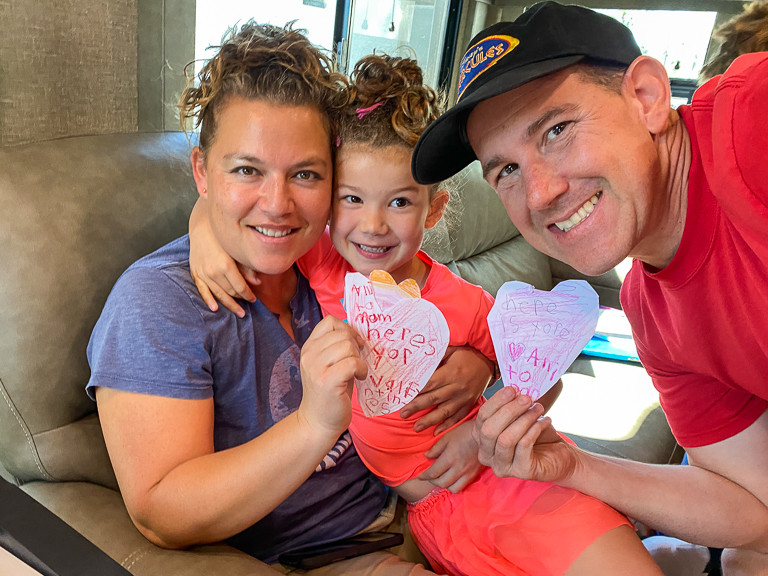 And we gave the kids theirs. 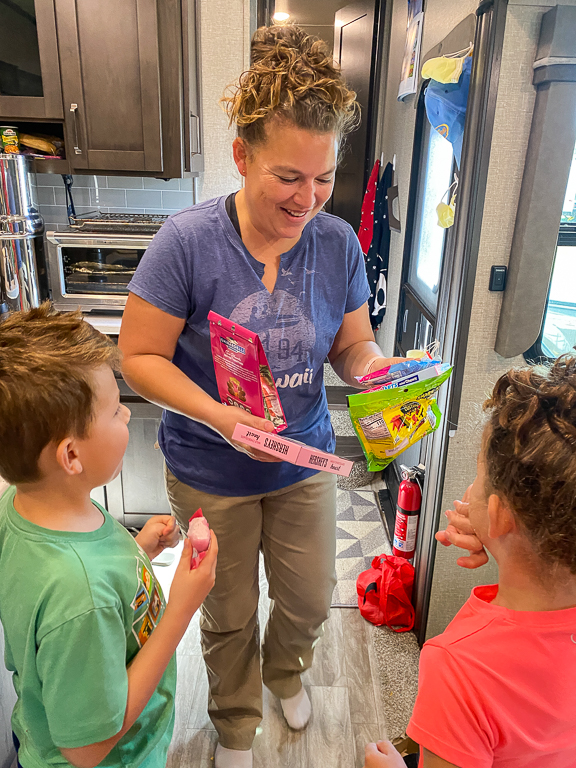 Some of their favorite chocolates and other treats to share. 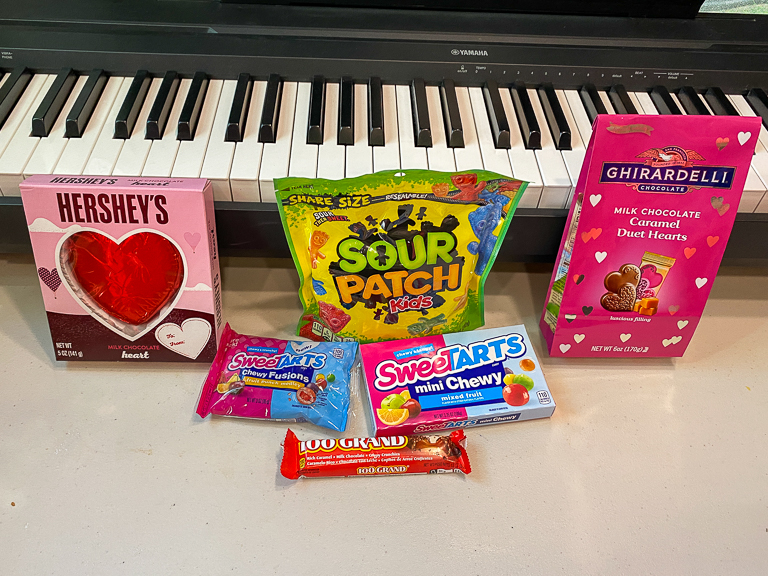 Then Theresa pulled out the Valentines cards that came from the rest of the family. They loved them! Thank you all! 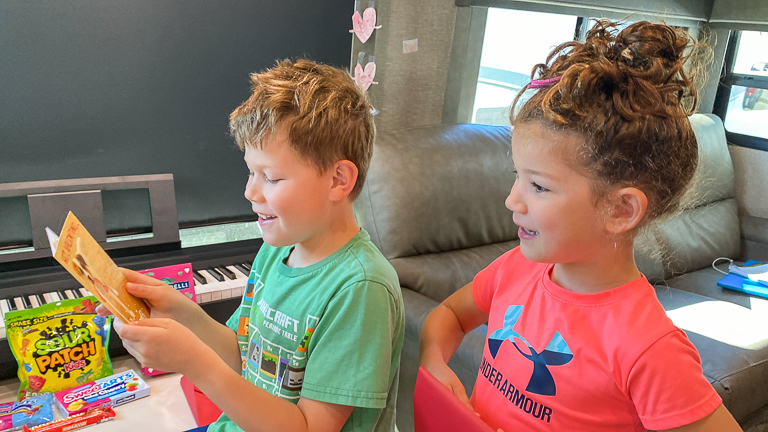 We haven't given away nearly enough Valentines yet, so we set out on a walk around the campground looking for kids who happened to be outside. 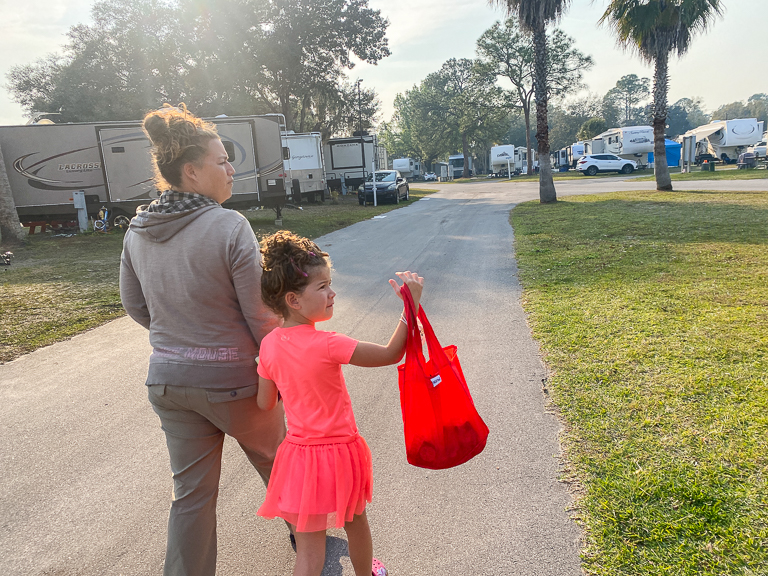 They gave a couple dozen more Valentines out and the kids who received them were surprised and appreciative. 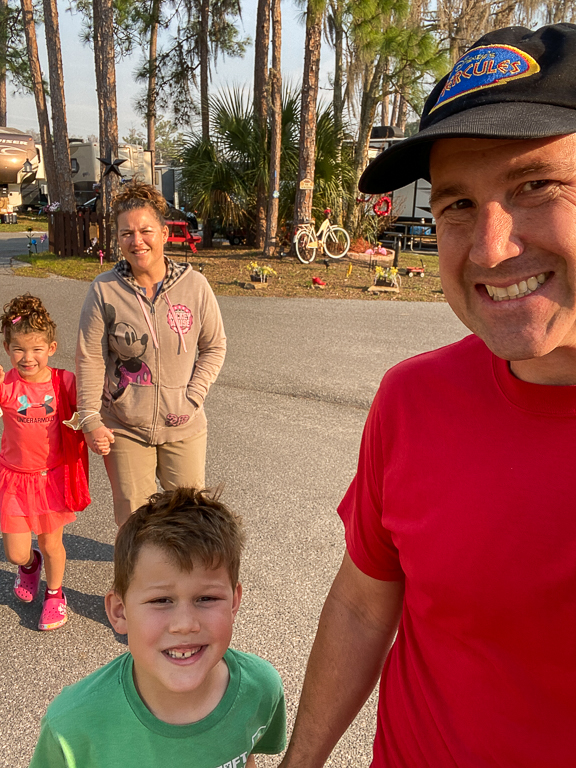 It's tradition to make fondue on Valentines. I also wanted to make ribs, but the price of ribs has gotten expensive. I wonder if I can make something similar. Pork Stew meat has plenty of meat, but is half the price of ribs. They're pretty lean, but I was curious if I could still make them tasty. They've been cooking, similar to how I would make ribs, 300F for 4 hours, using the same rib rub that I use normally. 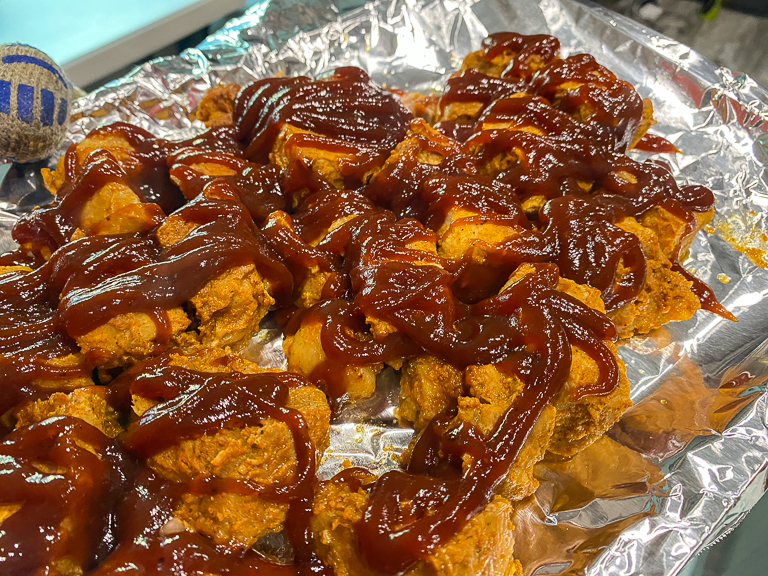 The house has been smelling pretty good while we were at home, but once we'd got back from giving out Valentines, it smelled amazing. This is going to be a fantastic meal. 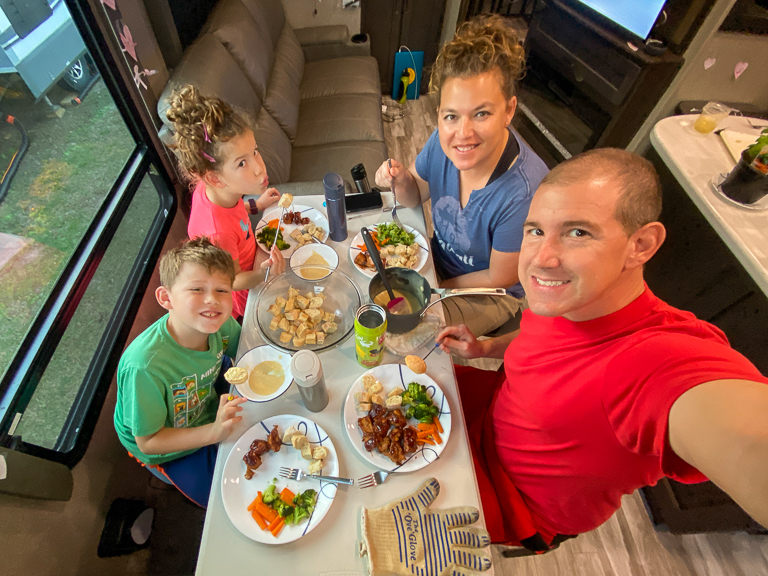 The kids love their cheese fondue. We always try to have it during special occasions. 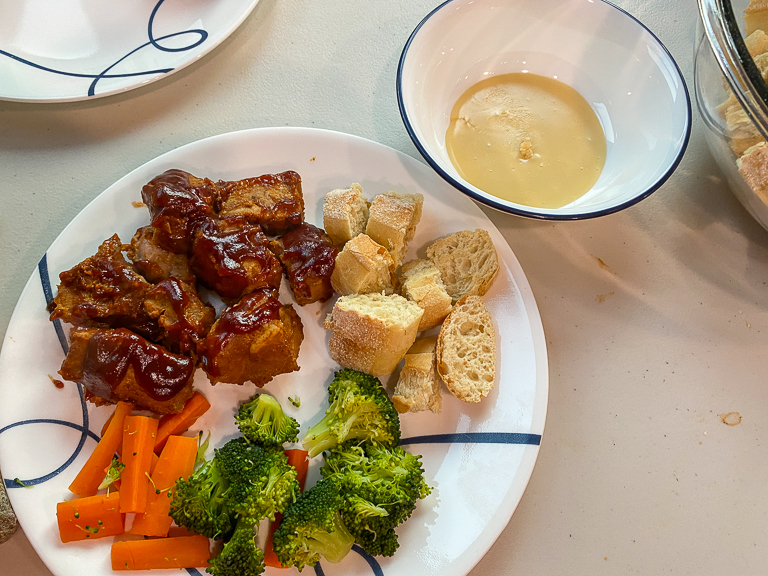 The pork turned out to be very tender. It fell apart with just a push from a fork. Theresa liked it because there wasn't a lot of additional fat to have to pick off. 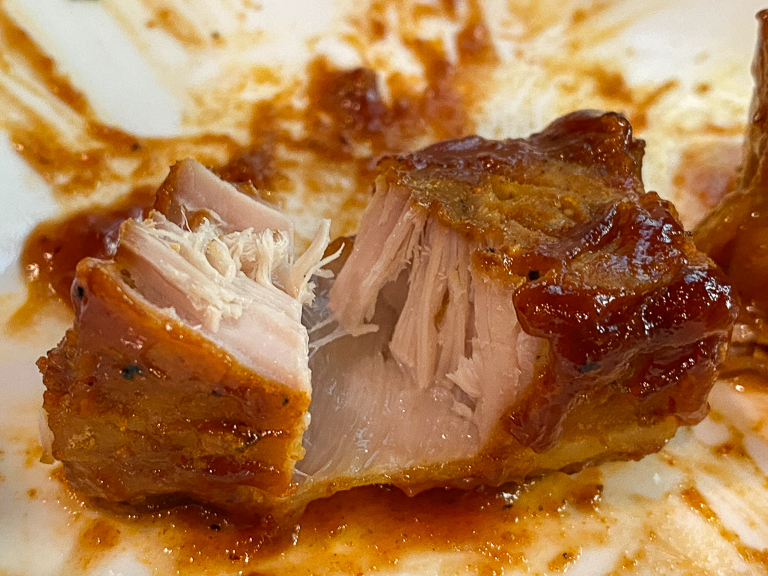 After letting our food settle, it was time for dessert. We used to make chocolate fondue a lot more complicated. Nowadays, we just put some chocolate chips in a double boiler to melt. 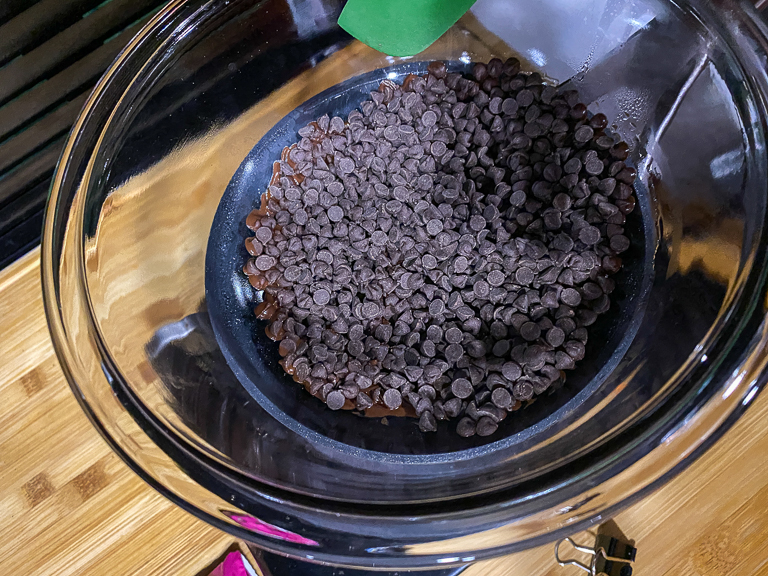 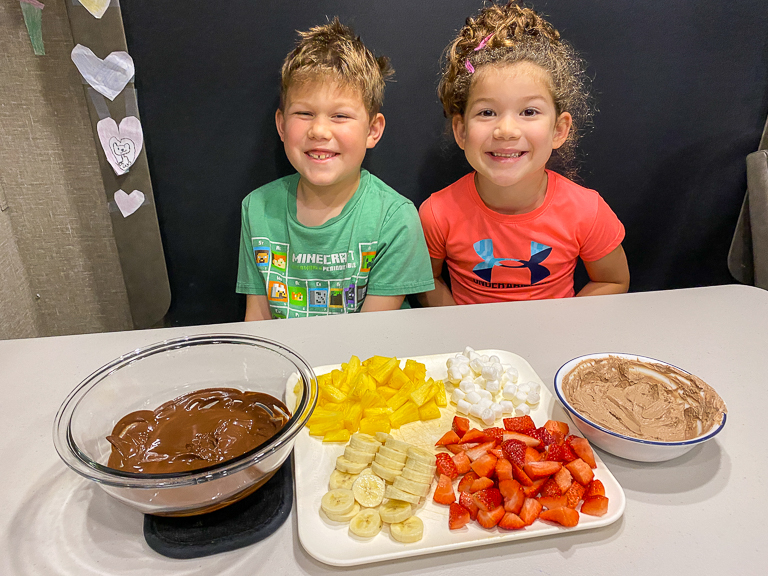 The kids are big fans. 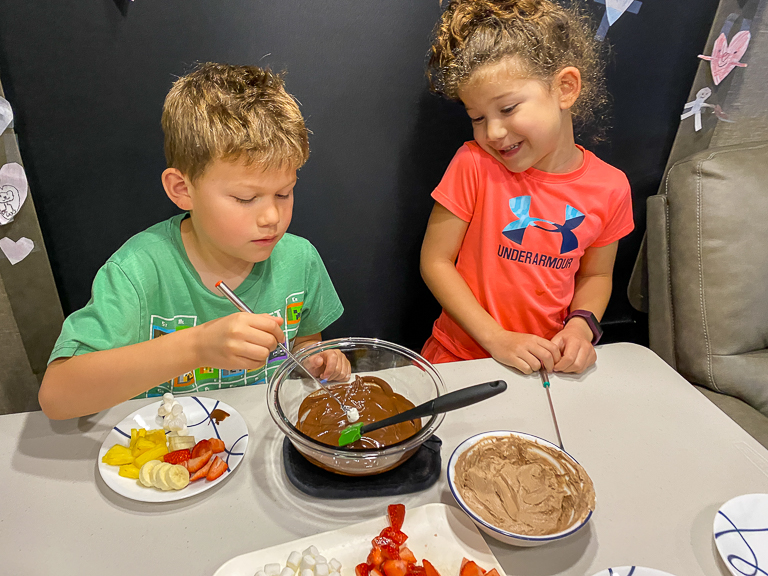 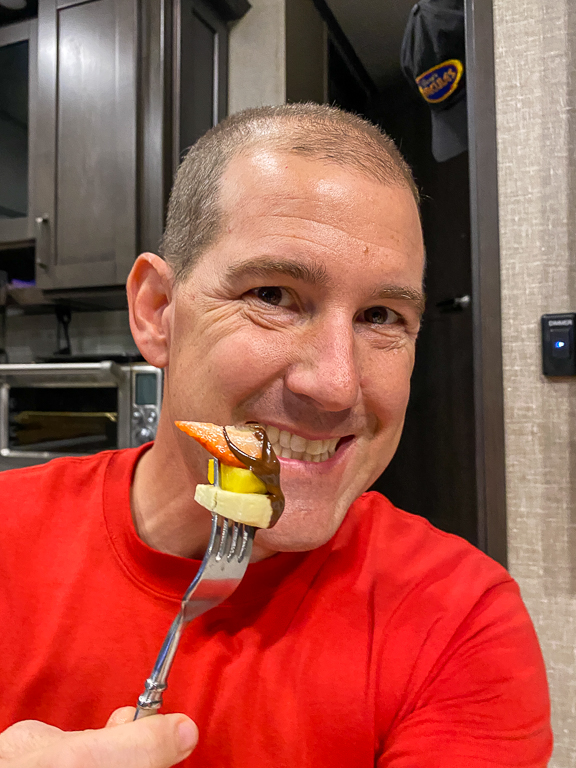 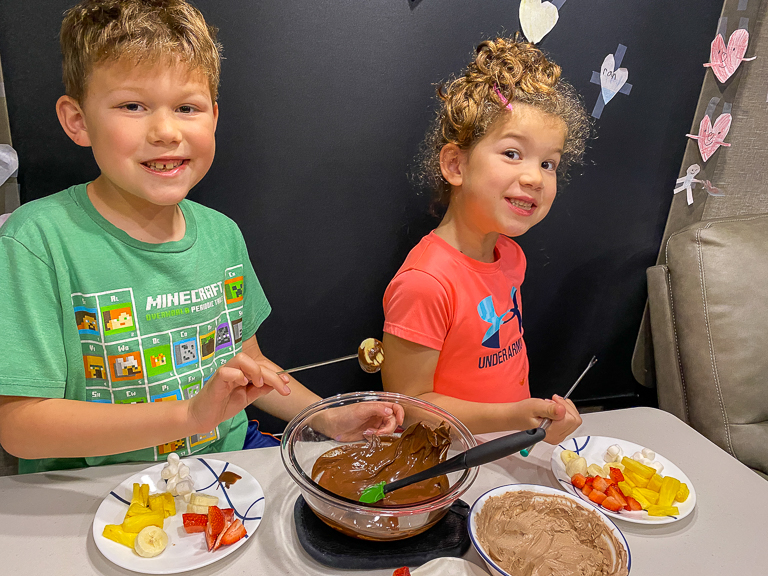