Jacob comes to visit and we visit Disney World together - Pt1

Didn't we just have visitors? Patrick, Megan, and Avery were here a few days ago and now we're getting to see Uncle Jacob! Awesome! It's been so long since we've been able to hang out together! 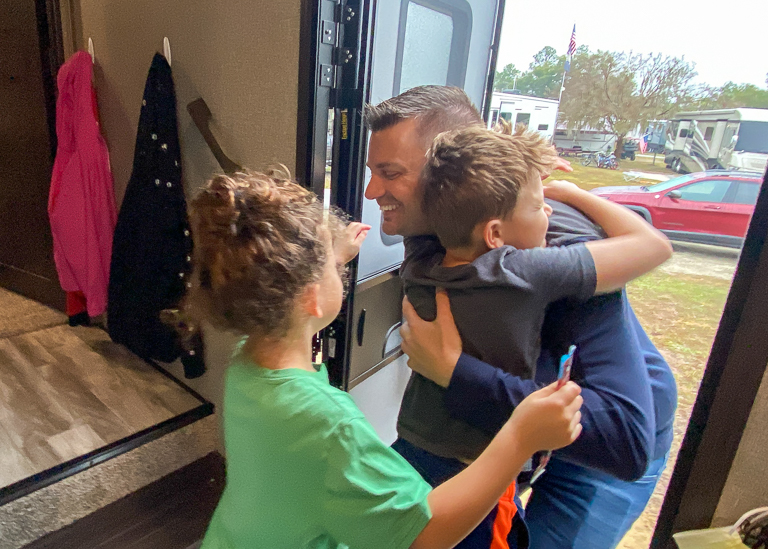 Jacob was in Florida visiting family and luckily for us, he was able to come visit with us too! The kids were so excited to see him. 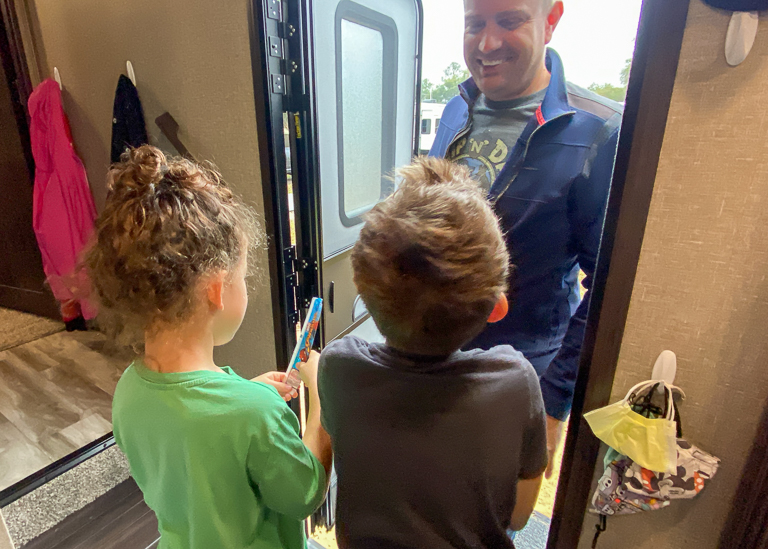 It happened to be close to a "move day" for us while we were going from one RV park to another. I don't get too many photos of Beauty and Beast rolling down the road. 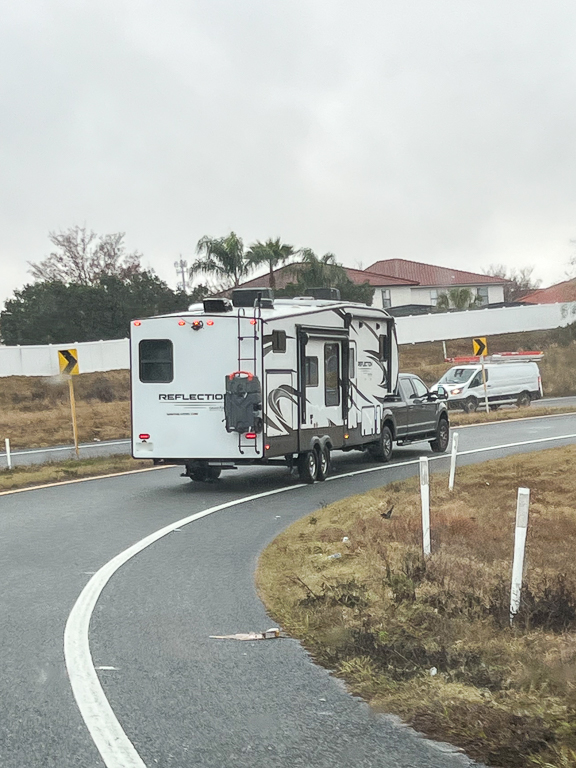 Once everything was settled, it was time to do something we have loved doing together since before the kids were born, and even after.
Let's go to Disney World!
Tonight we're going to hit up Hollywood Studios a few hours before it closes. The kids were quick to grab Uncle Jacob's hands and walk down the Disney streets to get to a ride. 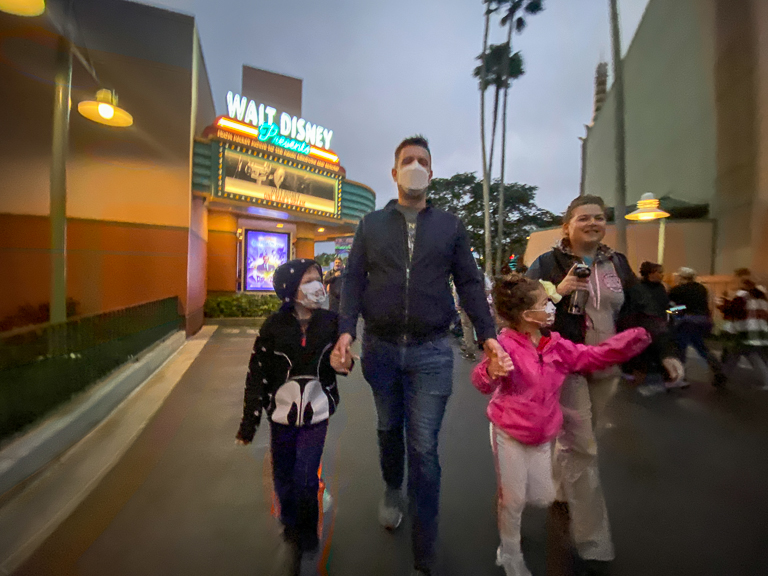 Lines are still a little long, but the Alien Swirling Saucers (a Tow Mater Junkyard Jamboree clone) will be okay. 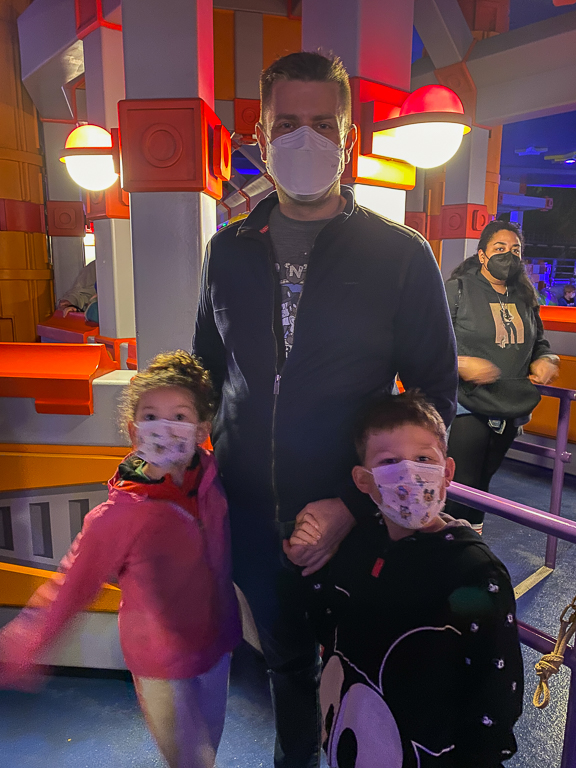 Theresa and I finally riding on our own. Theresa complimented the addition of padding on these cars versus the ones at Disneyland. When you get whipped around and I just to happen to slide and squish you, that'll make it a little better. 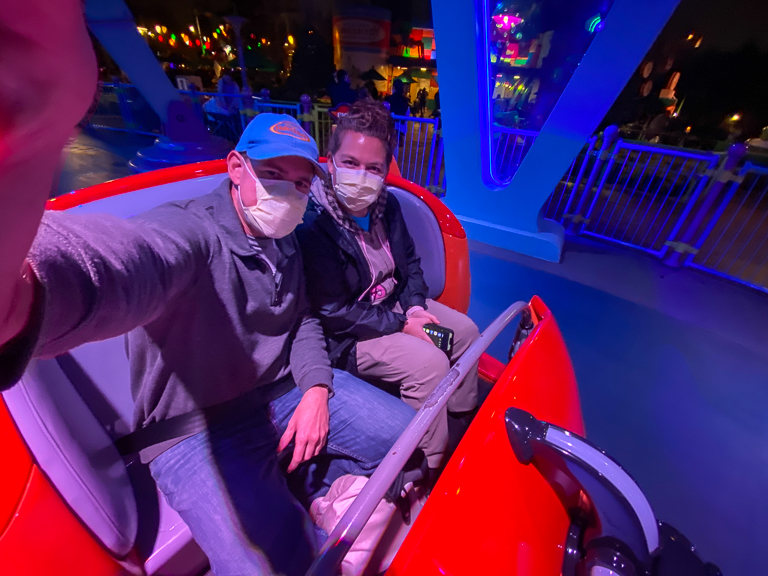 The kids try to squish, but they don't have a lot of mass to them. 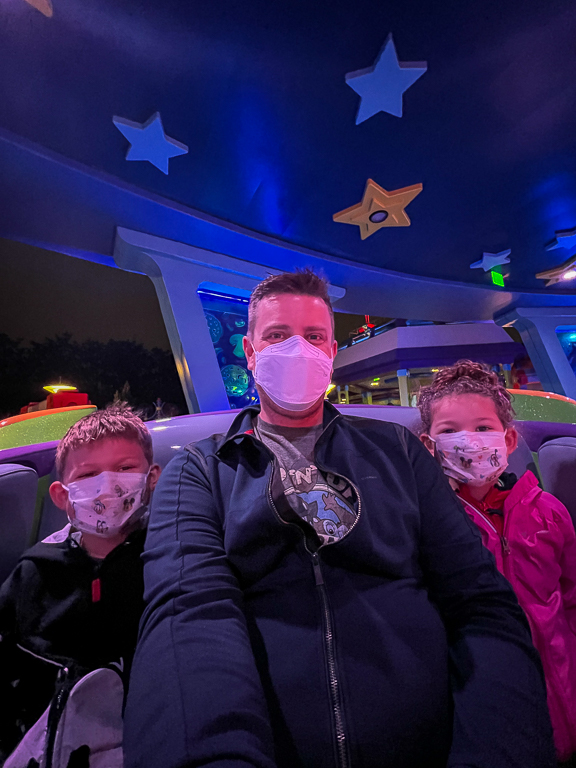 Star Tours was next. In all my times riding it, I've never been the Rebel Spy. Alli was sitting right next to me, and had her picture flashed on the screen as the Rebel Spy hiding on our spacecraft! Alli! Why didn't you ever tell us that you were in the Resistance? 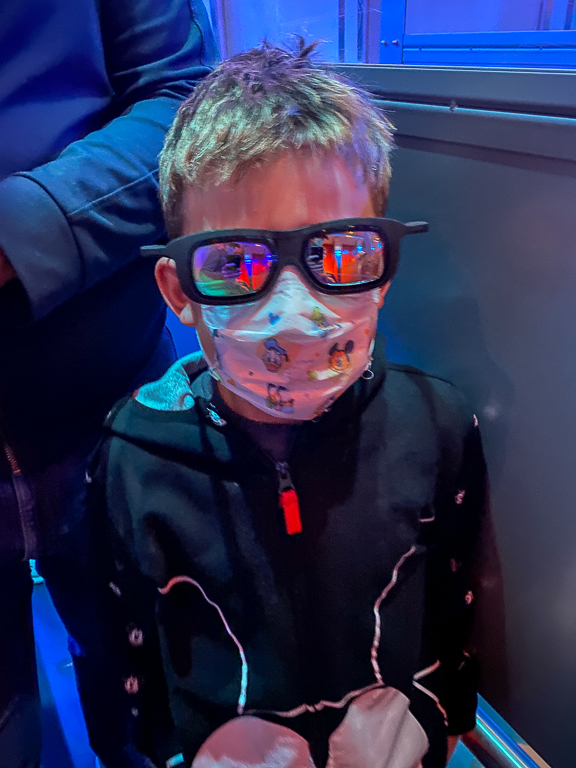 The kids' favorite coaster has to be the Rockin Roller Coaster. Jacob loves coaster too! The kids will ask to wait for the front row because it's a blast. 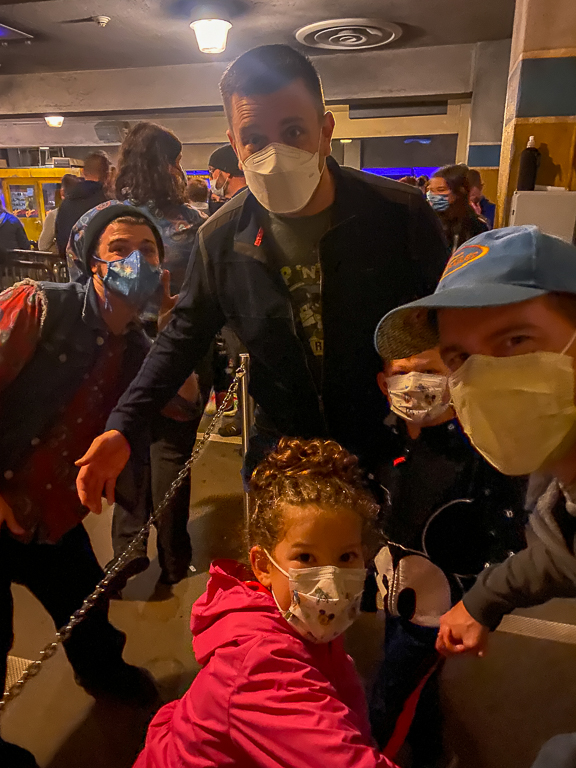 Hands up for the whole ride! 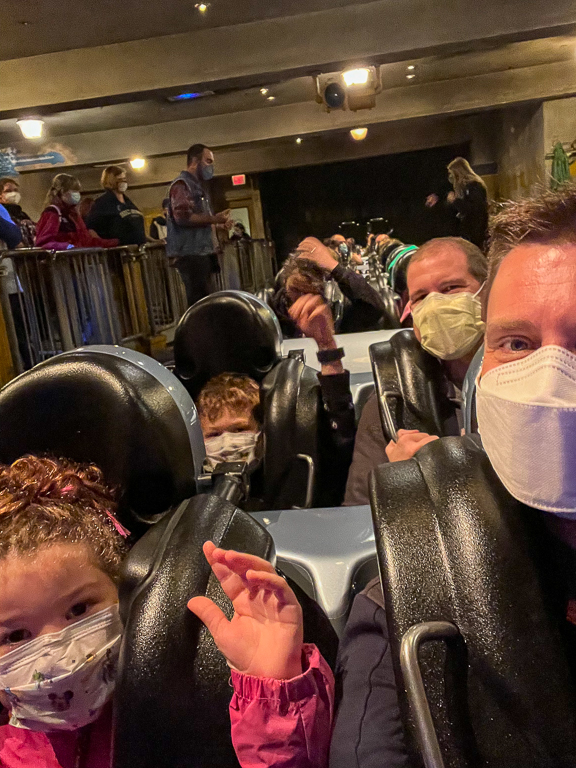 Lines are starting to go down now, which is a good thing. Jacob has never been to see Mickey's Runaway Railway, so we'll have to fix that. 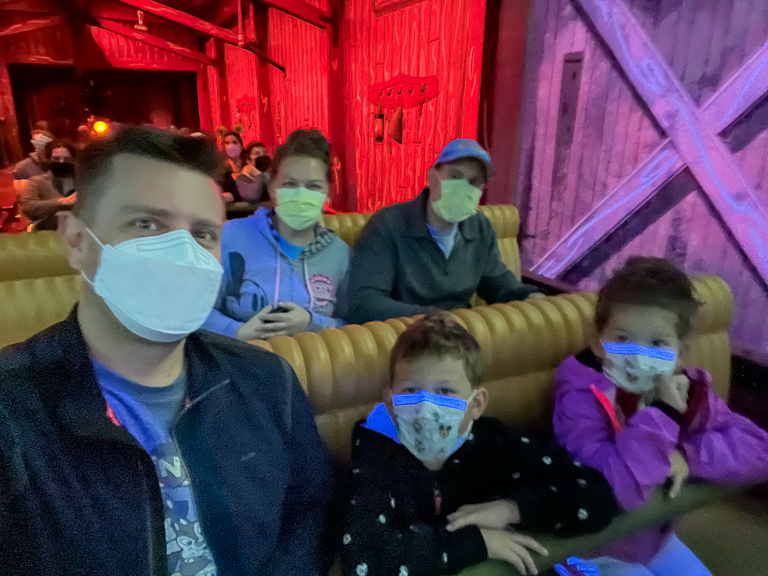 The kids think it's hilarious that Goofy has a picture on the wall that says he's the "Employee of the Month" and will even announce it over the speaker system. He messes so much stuff up! 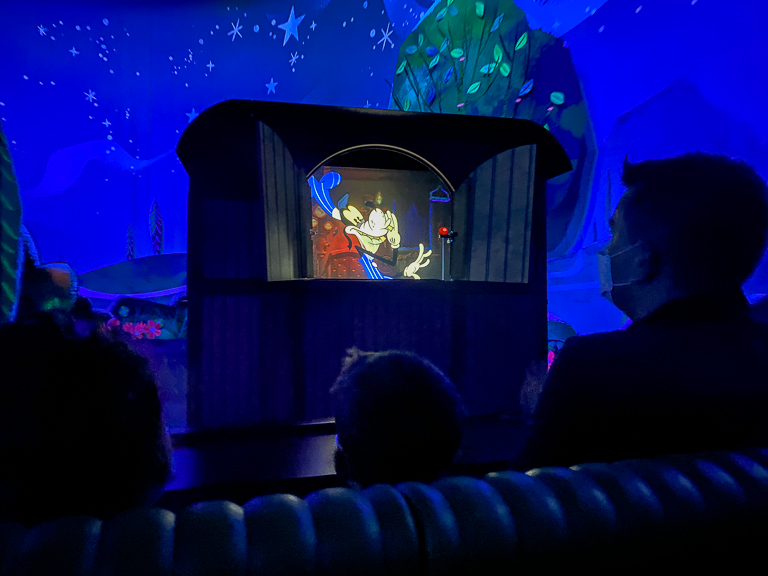 For our last ride of the night, we timed it so that we'd hit the line for Rise of the Resistance just a few minutes before closing. At 9:15pm we had been captured by the Empire and brought aboard a Star Destroyer for interrogation. 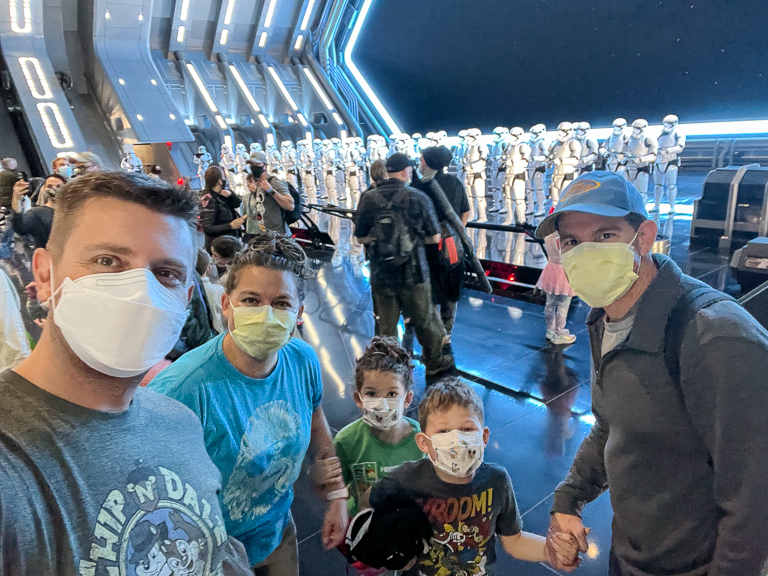 Thankfully the Rebels were already on board and ready to help us out of our predicament. 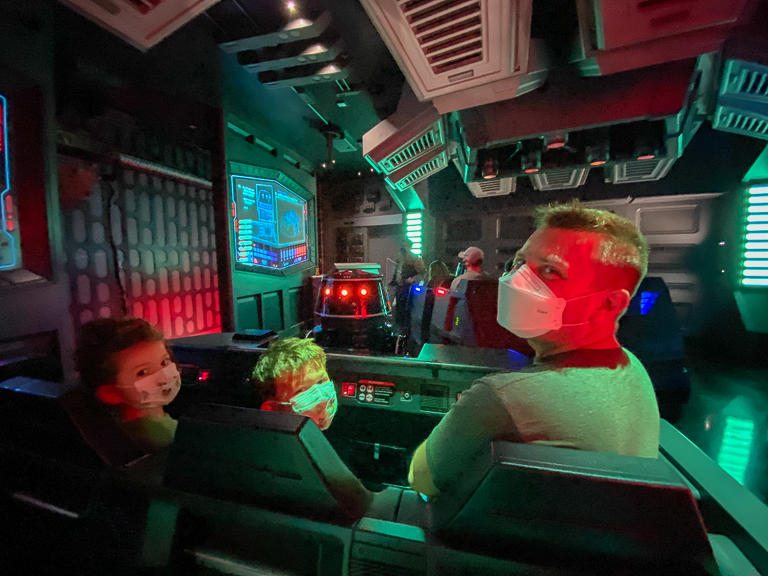 I'm sure that was thanks in large part to Alli's work as the Rebel Spy that we had Finn himself helping us out.
It was a great night! Let's do it again! 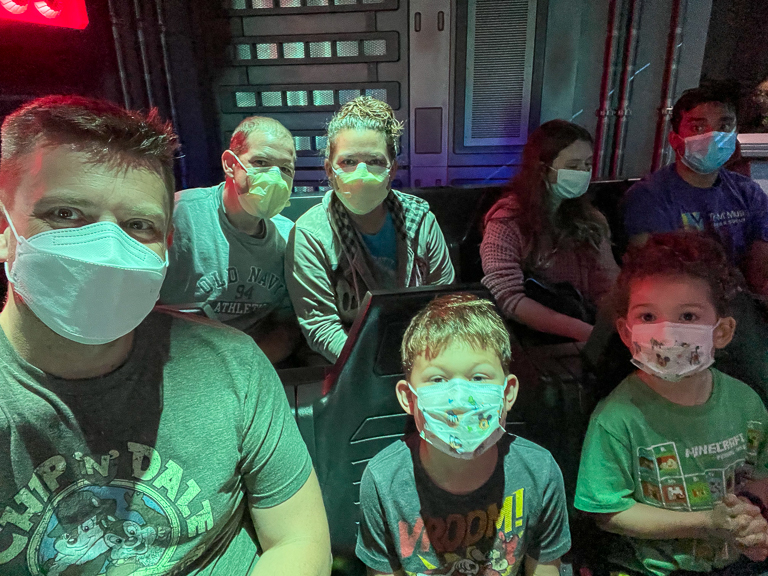 And so yes, a couple nights later, we decided to do the same thing again, but at a different park. Let's go visit Epcot!
At 6:00pm, we arrived at Epcot and then went over to Soarin. 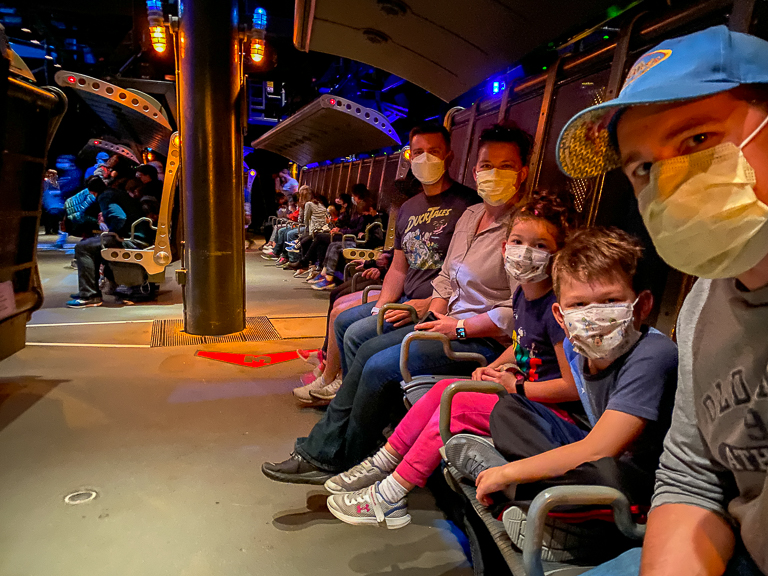 And of course we have to see Club Cool, along with the required popcorn stop afterwards. 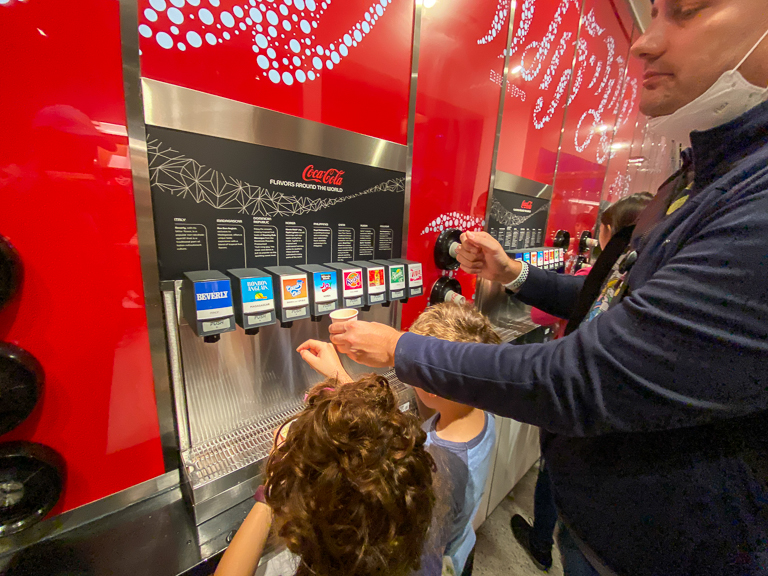 We began our trip around the World Showcase. In Canada, we enjoyed Maple Popcorn. Jacob treated the kids to Hot Chocolate. And we made sure to send a "We miss you!" text to our favorite Canadian, Uncle Ruston. 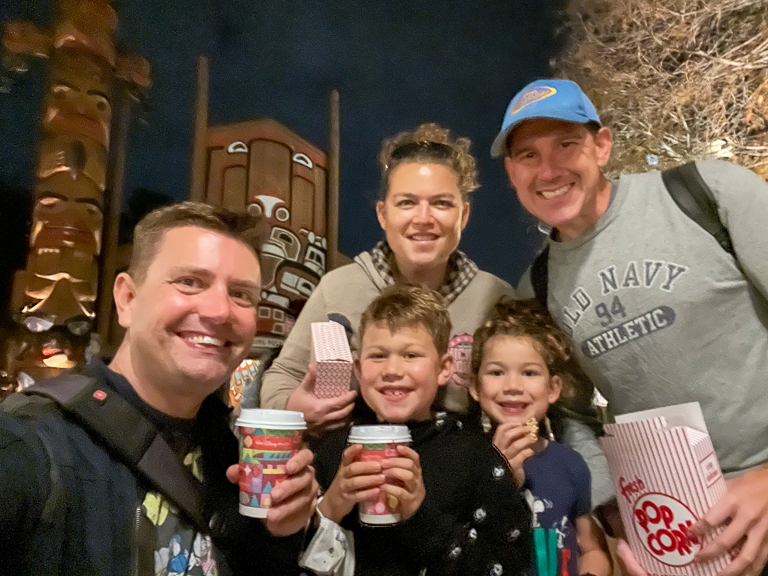 Mmm. The Karamell-Küche always smells so amazing. One of these times I'm going to have to try out the Caramel Popcorn. Or maybe I can make my own, using the copycat recipe from Micechat! 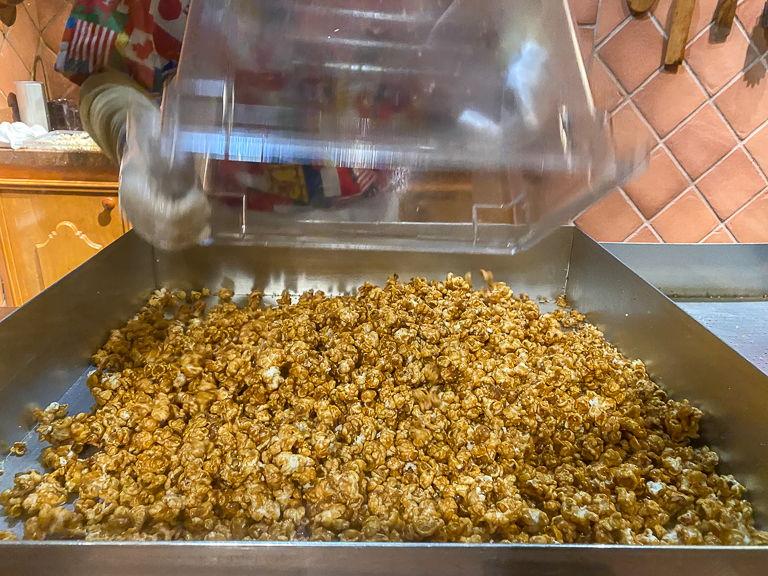 There's other amazing treats in the case too, all based around caramel. 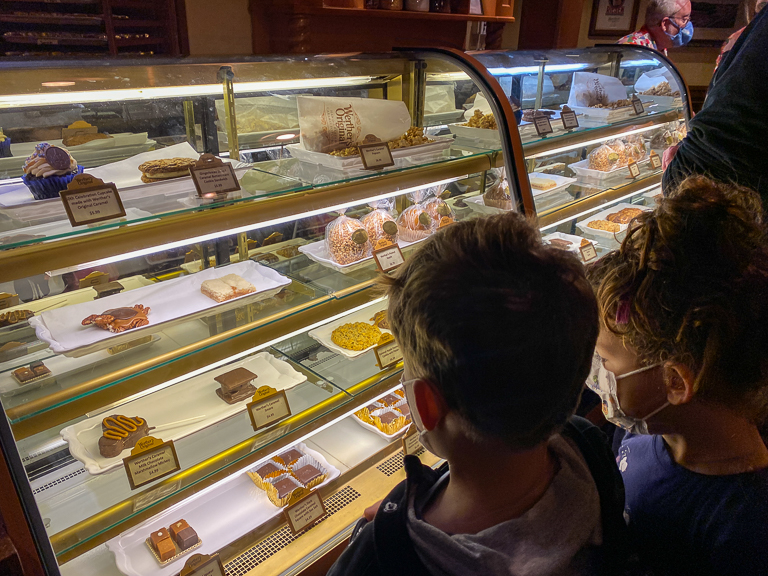 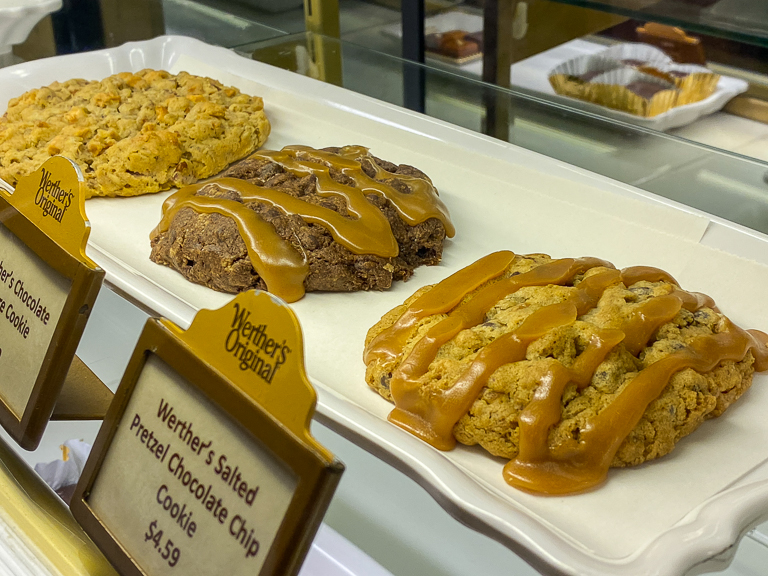 The kids have money from Uncle Jon and Aunt Jess and decided to splurge on a treat. The chocolate and caramel covered marshmallow Mickey is tasty! 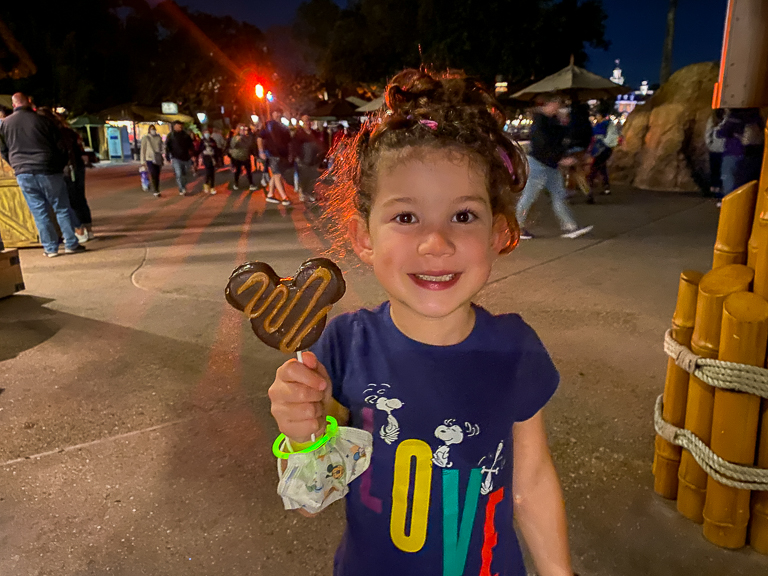 We completed our loop of the World Showcase and finished with a Gran Fiesta Tour in Mexico. 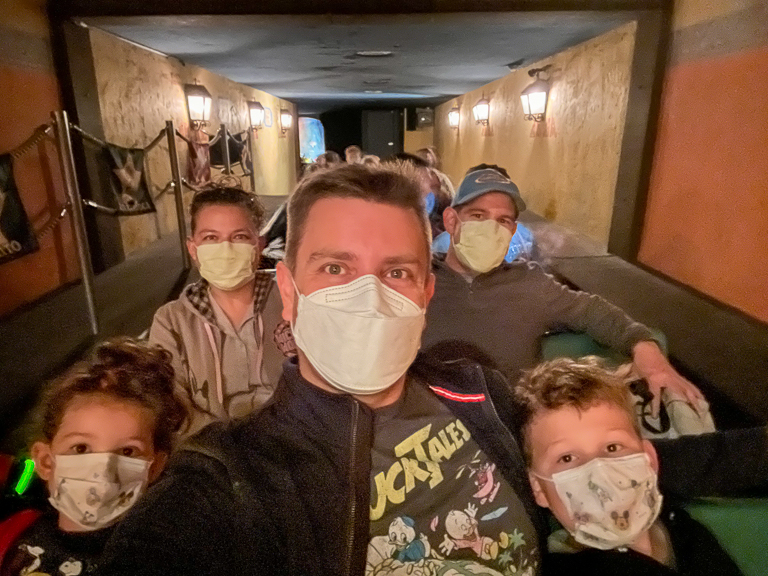 For our last ride of the night, we're going on another brand new one to Jacob (at least here in the US, we've all been on the Paris version before). Remy's Ratatouille Adventure! It's great when there's a short line at the end of the night. It's been a fantastic evening! And it's great to hang out with an old friend again! 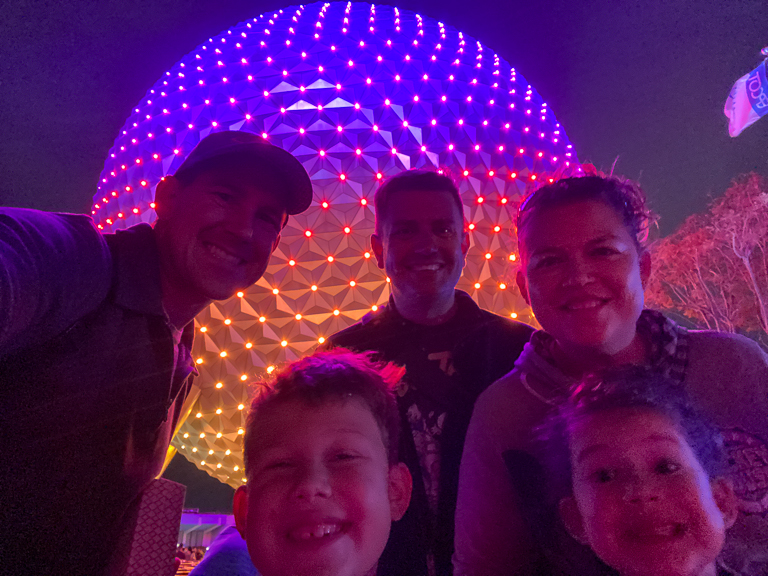