Welcome to the Magic Kingdom! We're visiting with my brother and his family. 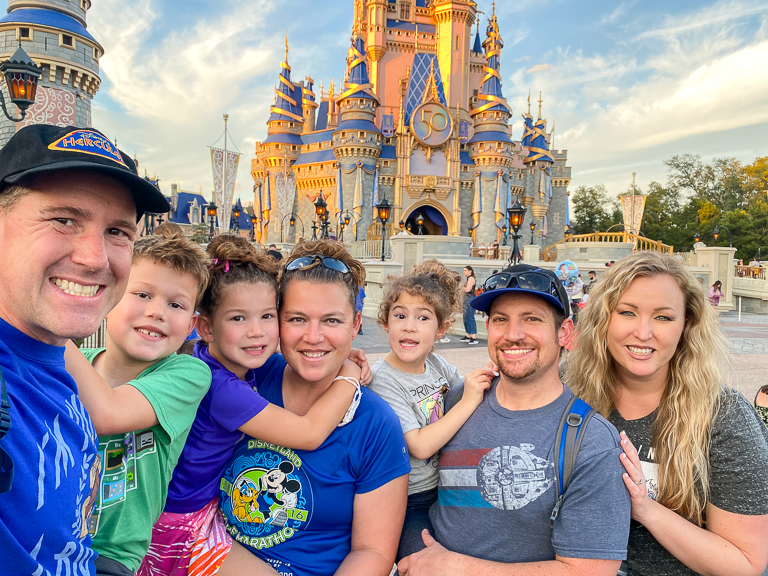 It's time for a tasty dinner! Today we brought homemade teriyaki chicken, rice, and a whole bunch of vegetables for dinner. Yum!
After everyone got their fill, it's time to see what rides we can go on before the park closes. 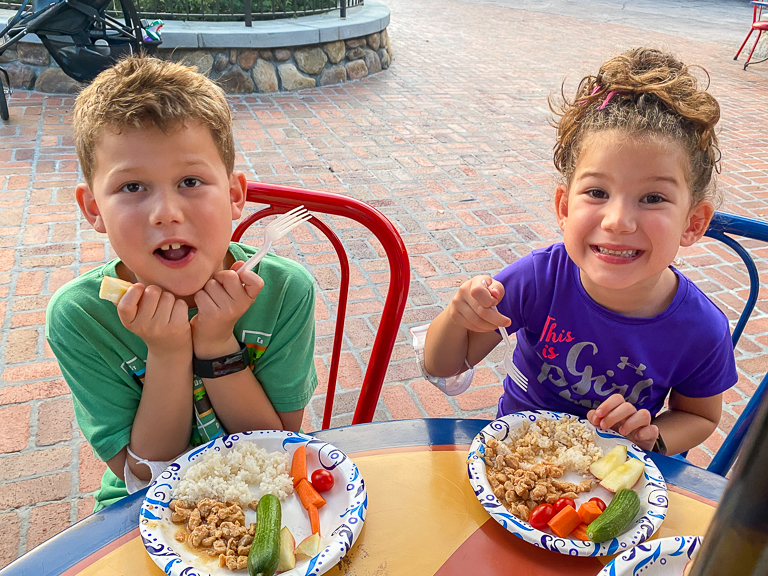 Goofy's Barnstormer is right beside the tables we like to eat at. That's a good place to start. Megan... 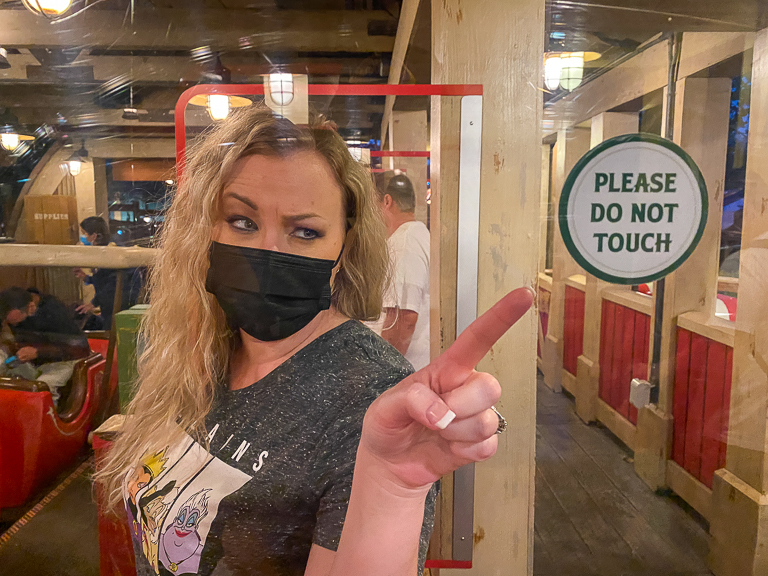 The Barnstormer is a pretty tame coaster. 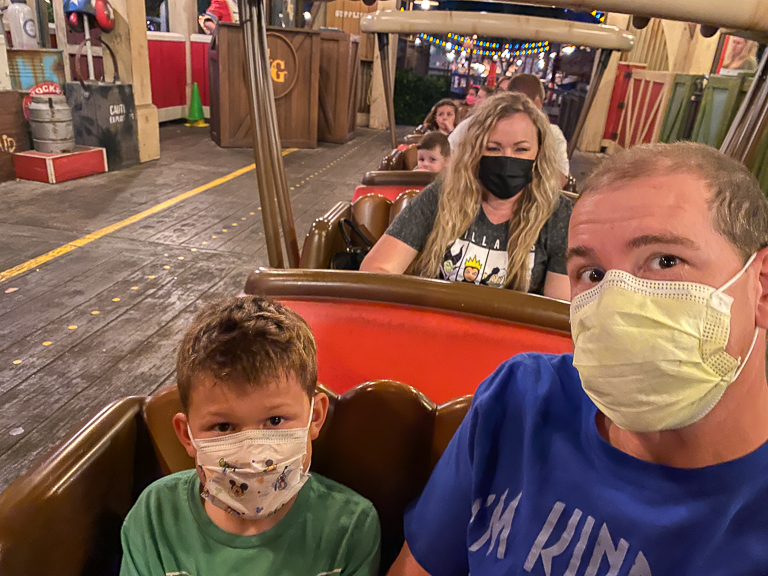 Avery and Uncle Patrick rode in the front, followed by Alli and Theresa. Since Avery enjoyed Mission Space and Test Track, we hoped she'd like this coaster, but again it was too fast. Coasters might not be her thing right now. 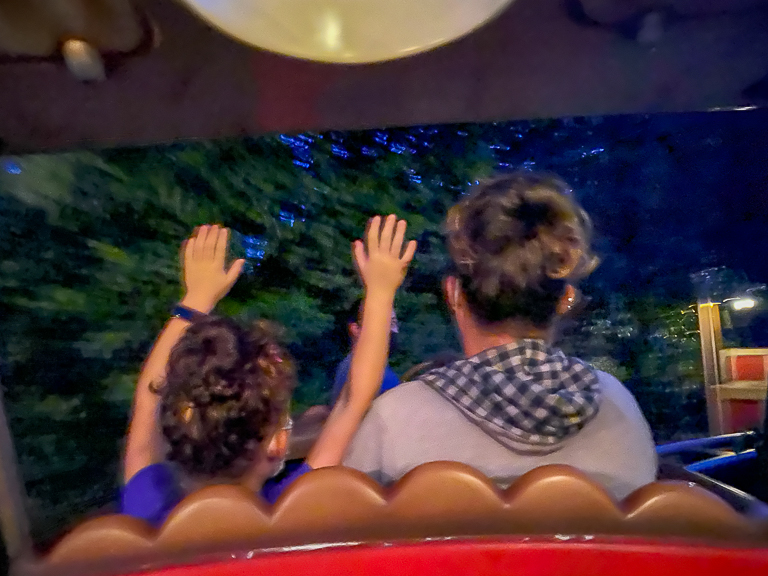 How about the Teacups instead? Those will be much better. But do we spin fast or slow? 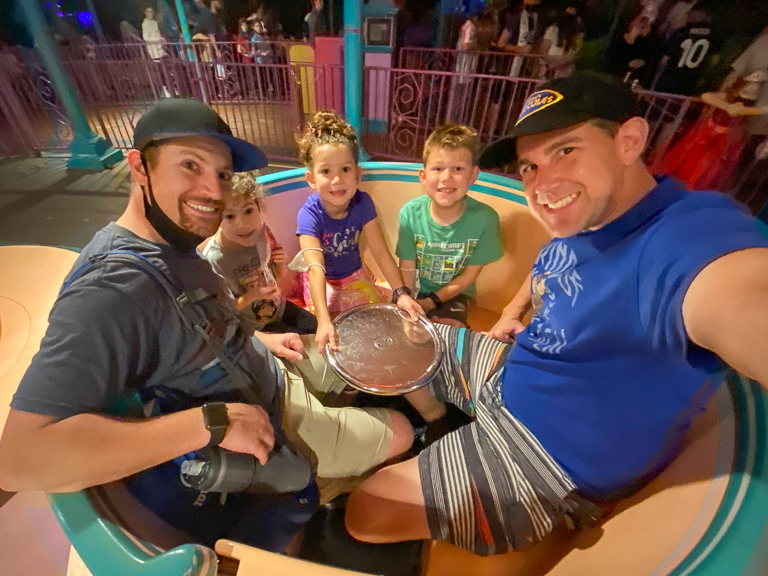 Those who weren't riding were impressed with how fast we were able to get that teacup going. It was fun!
Lines are starting to go down and Space Mountain was only 20 minutes! This ride on Space Mountain was unlike any that I've been on before, and it's something I've always wanted to experience. The Peoplemover track goes right through Space Mountain, and the utility lights for it were all on! This was as close to a Lights-On Space Mountain experience as I've ever had. It was awesome! 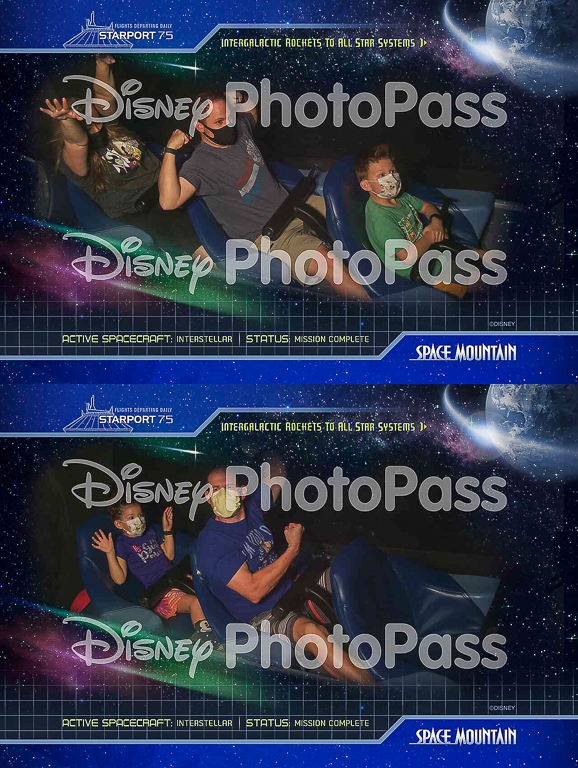 While we were riding, Theresa and Avery were having fun trying on different pairs of Minnie Mouse headbands. Fun times princess! They also hopped on the Carrousel of Progress.

One of the rides Avery wanted to go on was the Little Mermaid. We practically walked right on to it. 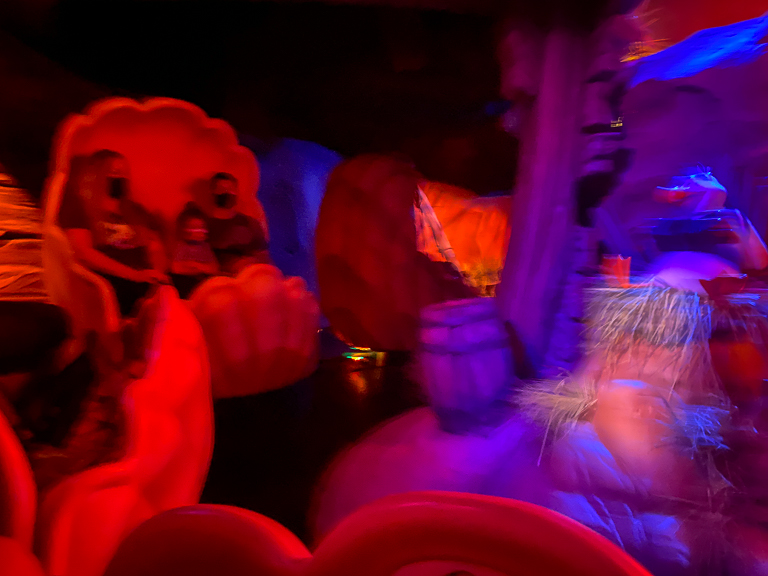 Then we took another spin on the Mad Tea Party. This time we tried to spin as little as possible. It was a different experience just going in circles on the platform, without the extra spinning. 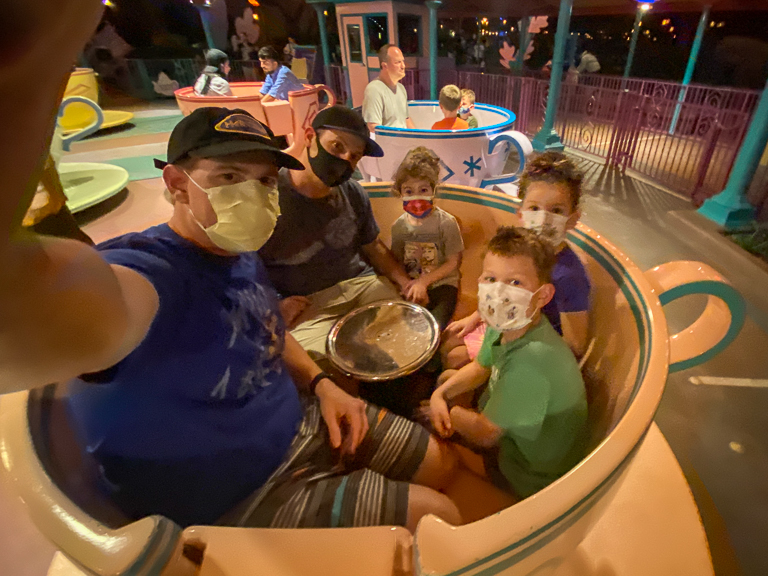 Fireworks are starting soon, which means ride times are starting to drop. Winnie the Pooh has been busy most of the day, but now it's a walk-on! 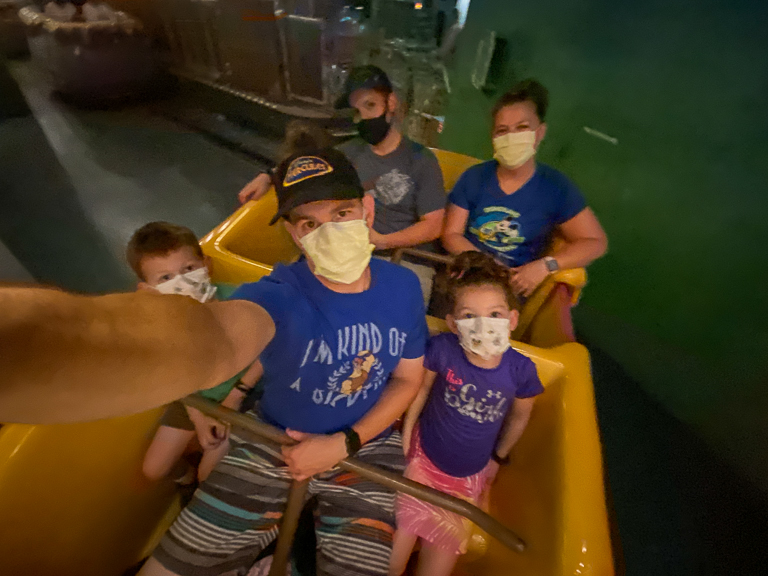 So after the first trip through the Hundred Acre Woods, we walked back in line to go collect another hundred acres. 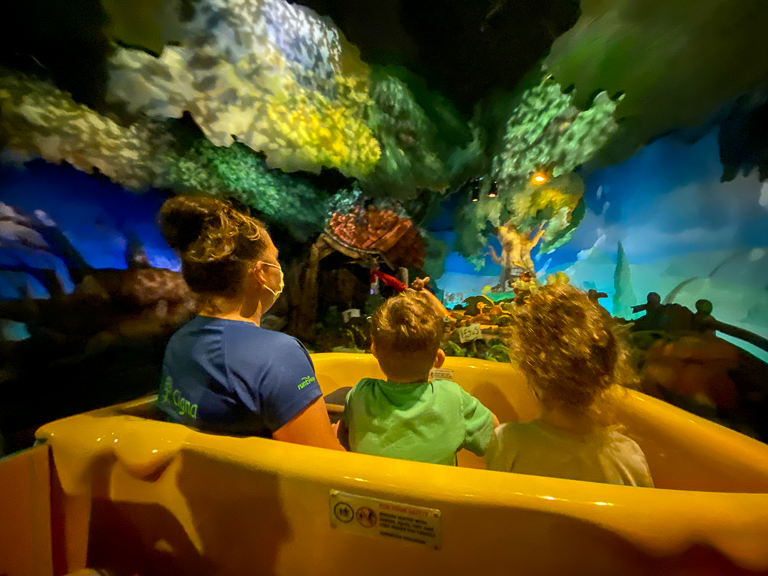 Avery was enjoying it a lot. 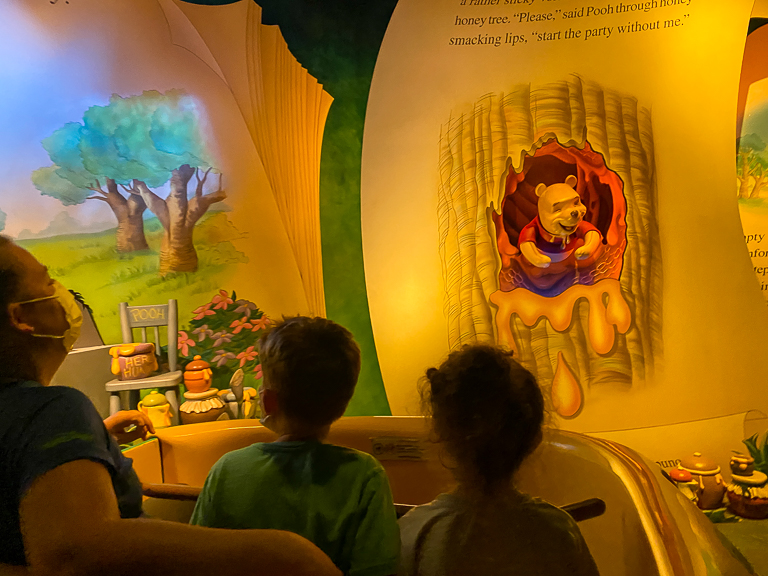 As we exited, the fireworks were going off all around us. It was beautiful. We all split up for the first time today to go on a few things ourselves. Patrick and Avery went for a few more rides on Winnie the Pooh. 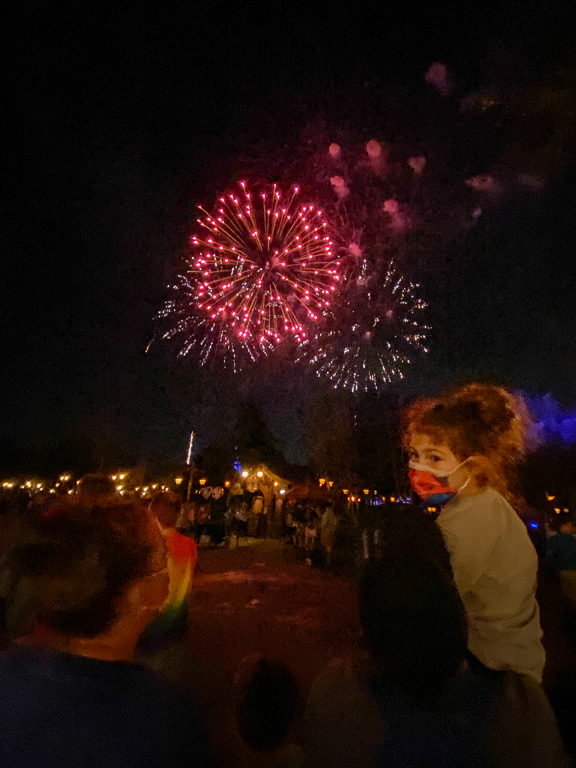 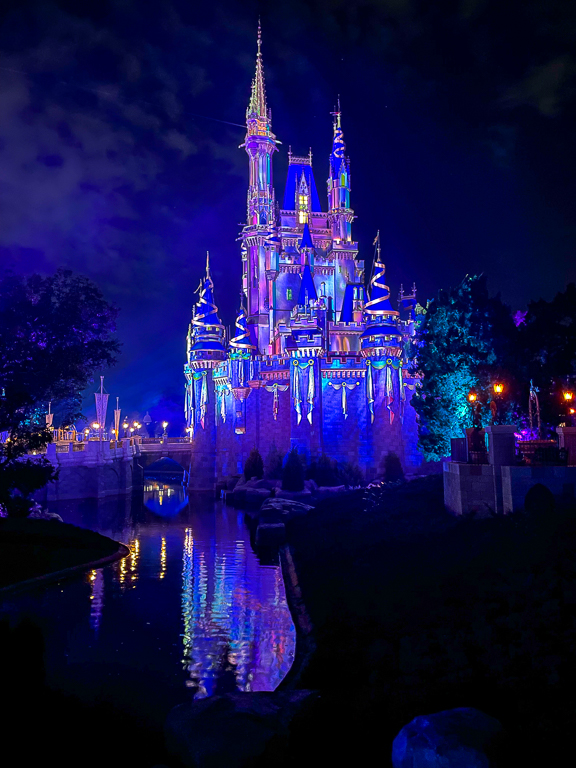 To go check out the shopping and sights. 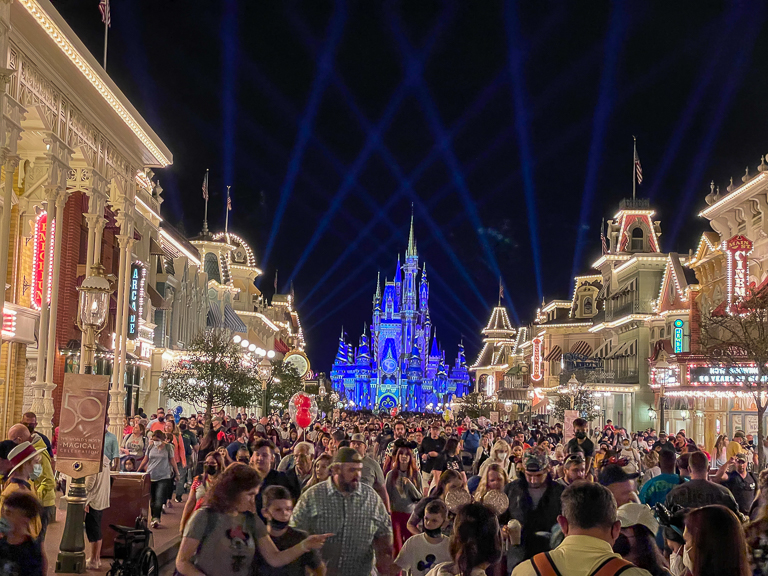 Theresa and I took the kids over to Peter Pan. The sign showed 65 minutes, but we walked right on! Awesome timing with the fireworks! 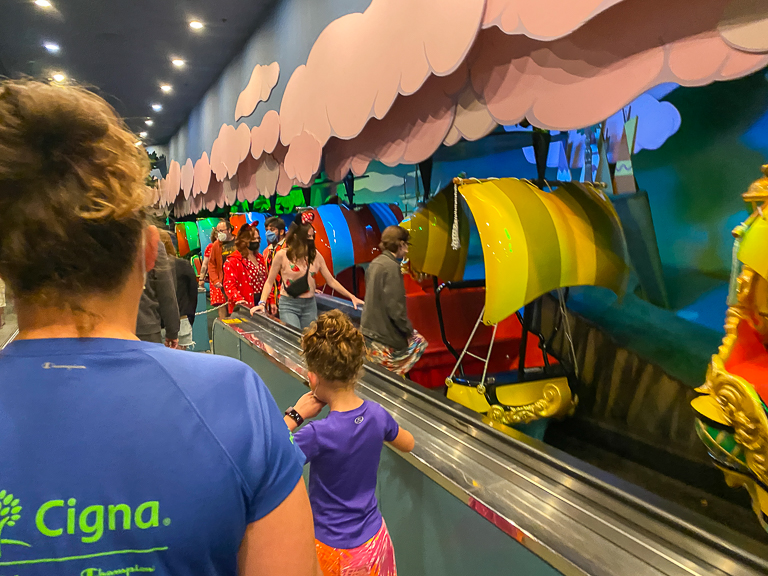 We took a spin on the carrousel. 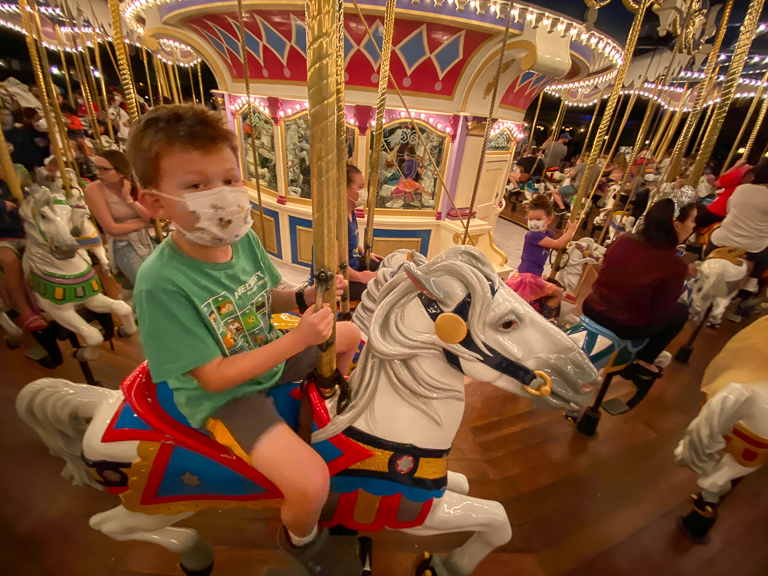 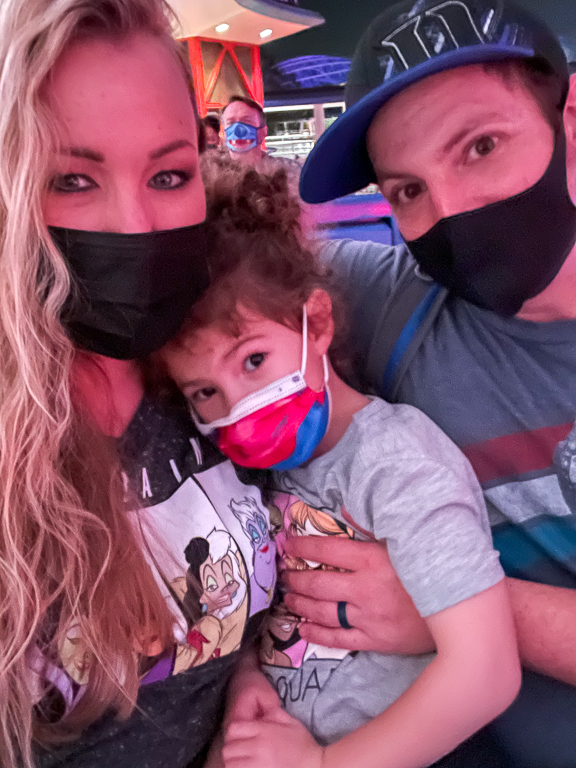 Then took a very bumpy ride on the Tomorrowland Speedway to end their night.
For Theresa, the kids, and I, we like to end our night at the Seven Dwarfs Mine Train. It's Theresa's favorite coaster because it's so smooth! 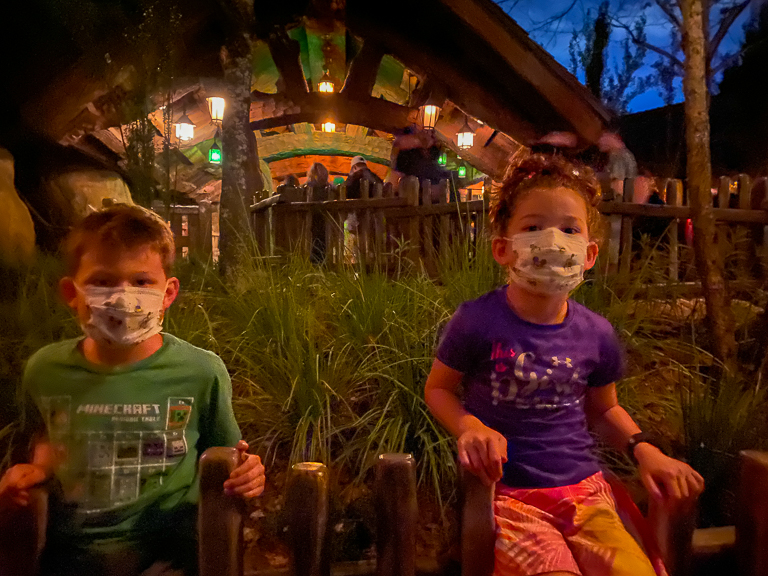 Only 20 minutes later, we boarded. Love the lines late at night! 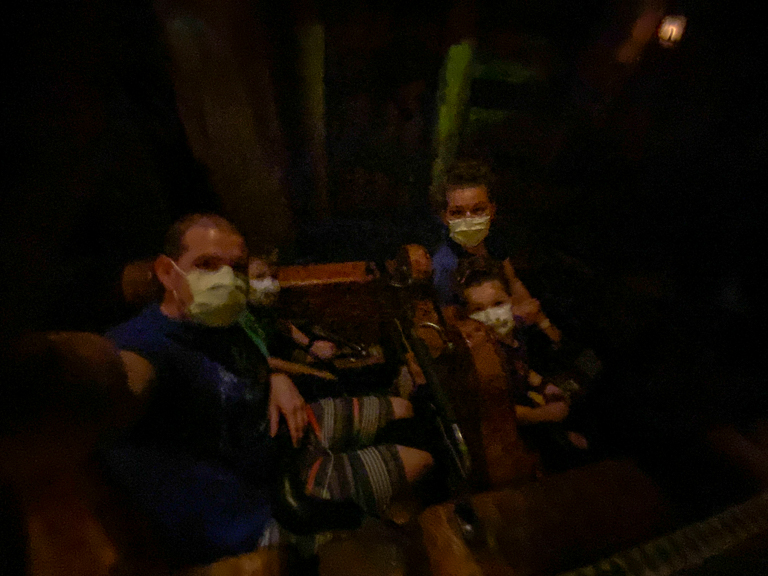 Patrick and Megan found a beautiful place to wait for us while we finished our ride. 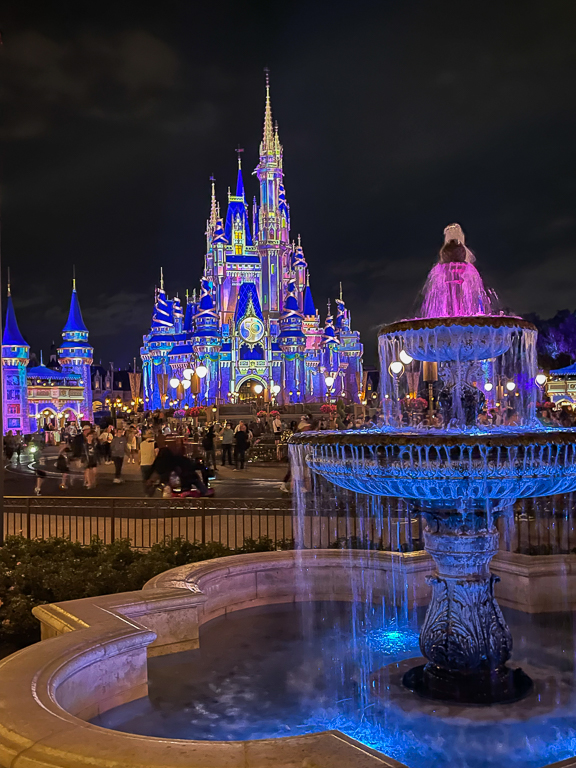 Avery loves her new Ariel bubble wand. I remember Alli had one just like this. It blows bubbles, lights up, and plays music. Oh that music. Super annoying after hearing it over and over. Megan asked if there was a way to turn it off. I told her that on Alli's I ended up opening the thing up and snipping the wires to the speaker... 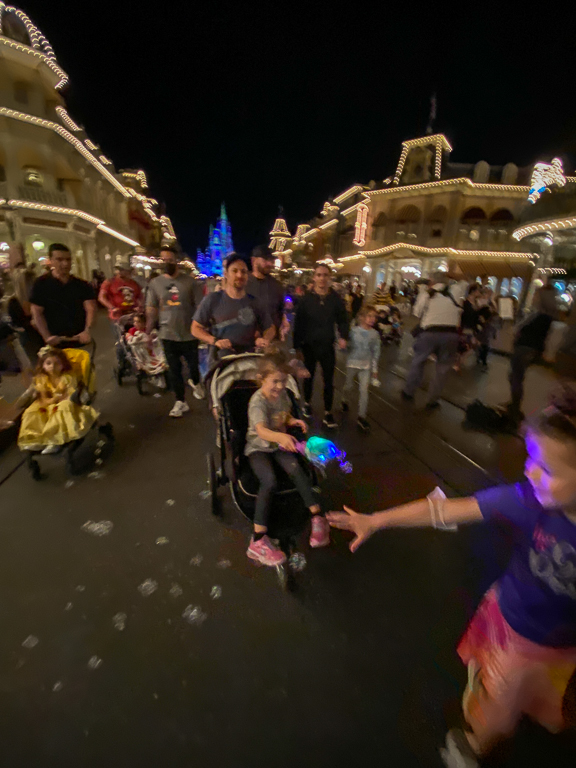 The monorail will be taking us back to the car tonight. In the past, the hotel monorail has been the quicker option, but tonight we waited and waited while 4 monorails went to the other station, and only 1 came in that same time to this side.
Once it finally arrive though, Ian was happy. It's Monorail Gold! His favorite color, plus this one is all decorated for Disney World's 50th anniversary! 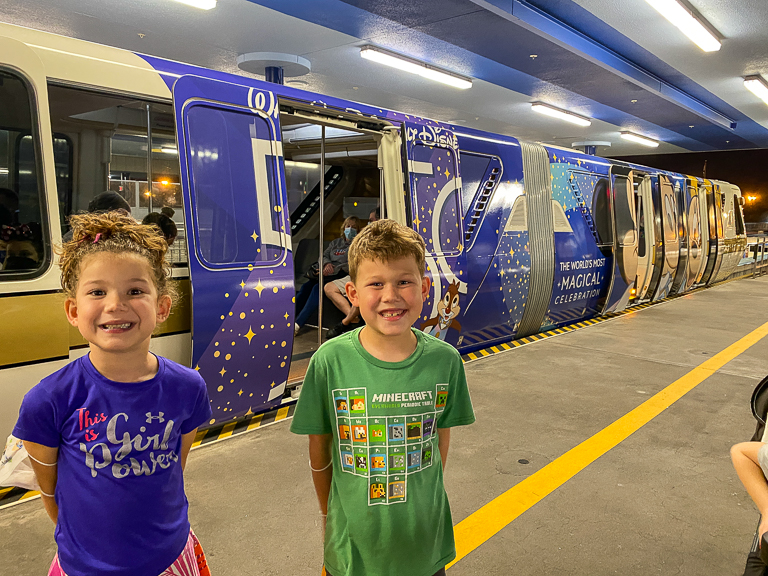 Did everyone have a good time? We accomplished a lot today.
From 12:30pm to Dinner 6pm.
People Mover, Tomorrowland Speedway, it's a small world, a Dole Whip stop, Big Thunder Mountain, Pirates of the Caribbean, The Enchanted Tiki Room.
After Dinner 6pm to Closing 9pm
Goofy's Barnstormer, Teacups, Space Mountain (Carrousel of Progress for T and Avery), Ariel, Teacups (2), Winnie the Pooh (2).
After we split: J/T - Peter Pan, Carrousel, Mine Train
Pat and Megan - Winnie the Pooh (2), People Mover, Speedway. 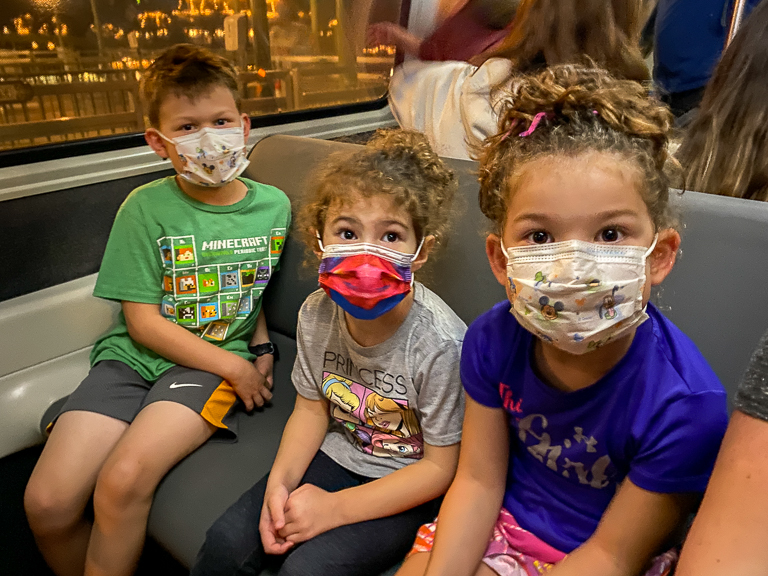 It's been a long day at the park, but we've had a lot of fun! 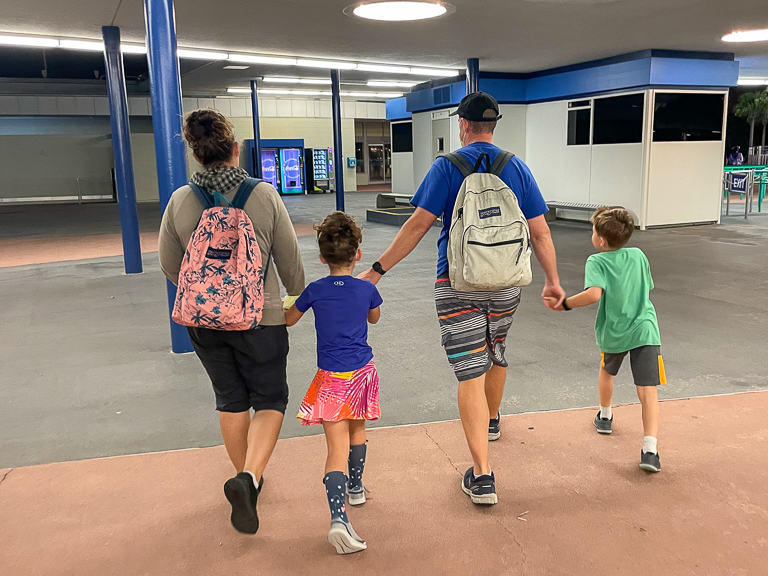