Since we're staying a little bit further East than our previous camping resorts, we get to go explore new places! We've got to make sure we continue our bike riding, and Theresa found a couple fun trails for us to check out.

The first is the Kissimmee Trail. It's a 6 mile loop, and that'll be a good start. 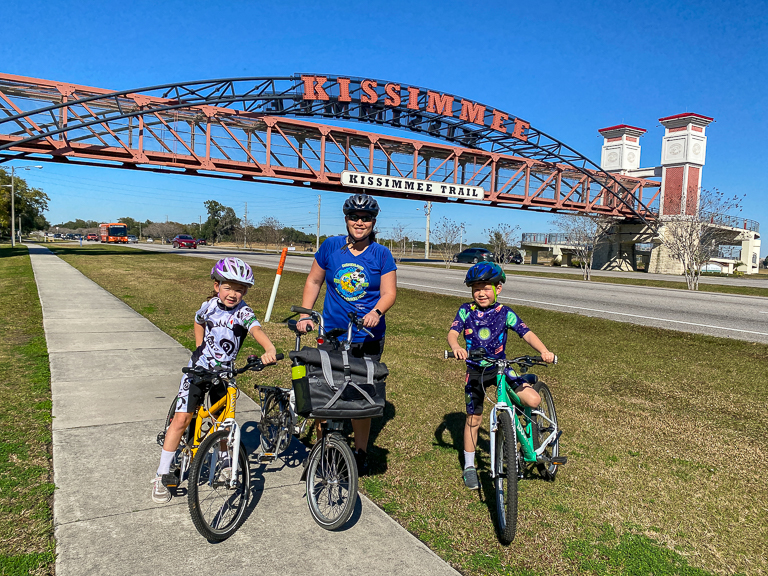 Since we're starting to get into the higher miles, it's important to start wearing the right gear. Those skinny bike seats are okay for a few miles, but once you spend a few hours on them, you want some padding. Theresa found these adorable kids cycling jerseys on Amazon and they've worked out great. Alli went with the panda, while Ian chose the space theme. 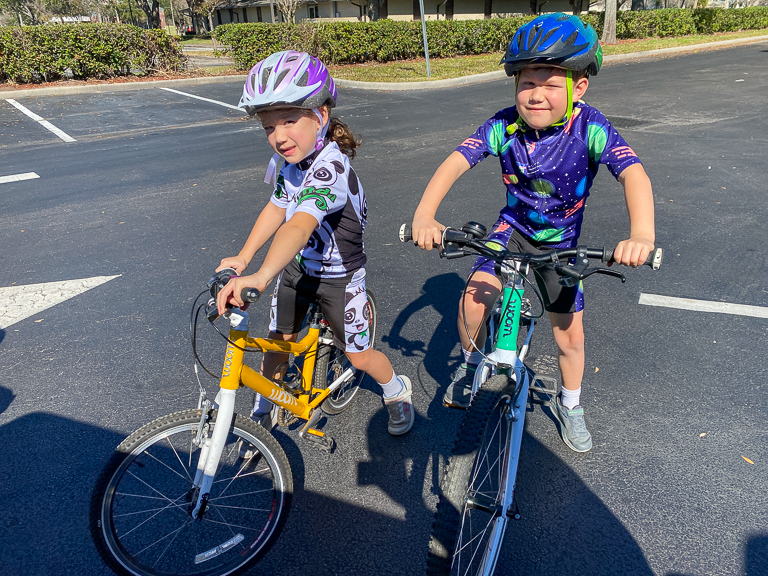 It was fun cycling on the bridge over the road, and down the loopy 360 on the other side. 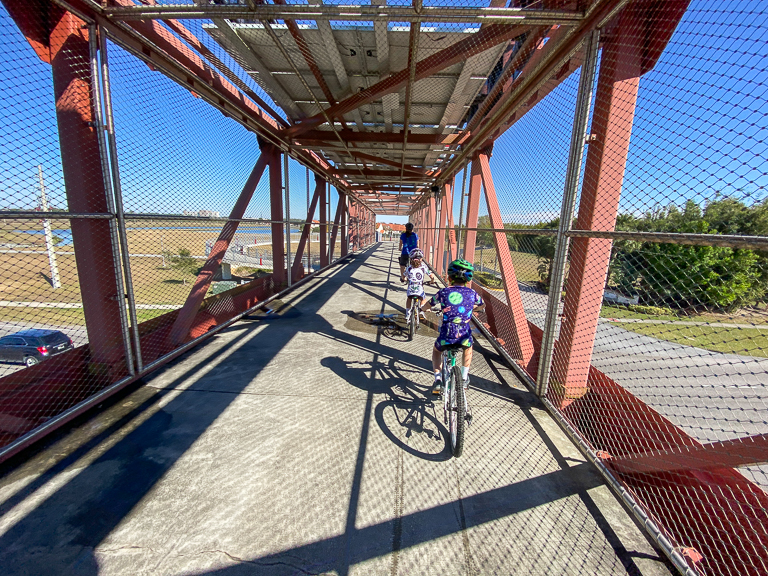 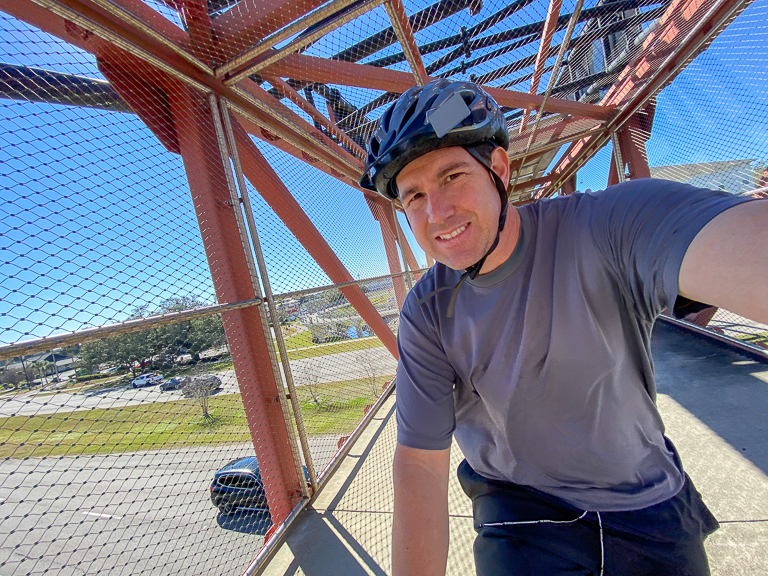 The kids also liked how they could keep snacks in a pocket on their back. These jersey are pretty great! 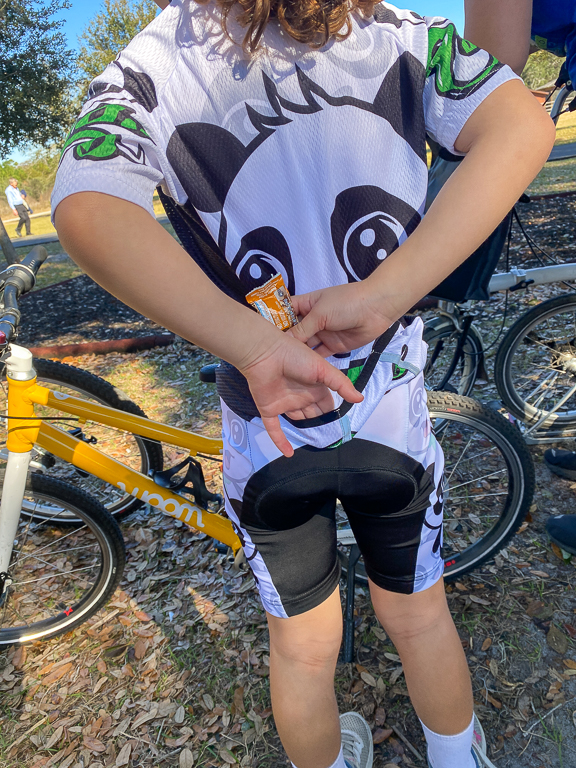 The Kissimmee Trail was just okay. For the length of it, there were too many road crossings for us. We also ended up going around the time school was getting out, so there were a lot kids on the trail too.
Good thing for us that this connected up to the Shingle Creek Trail! 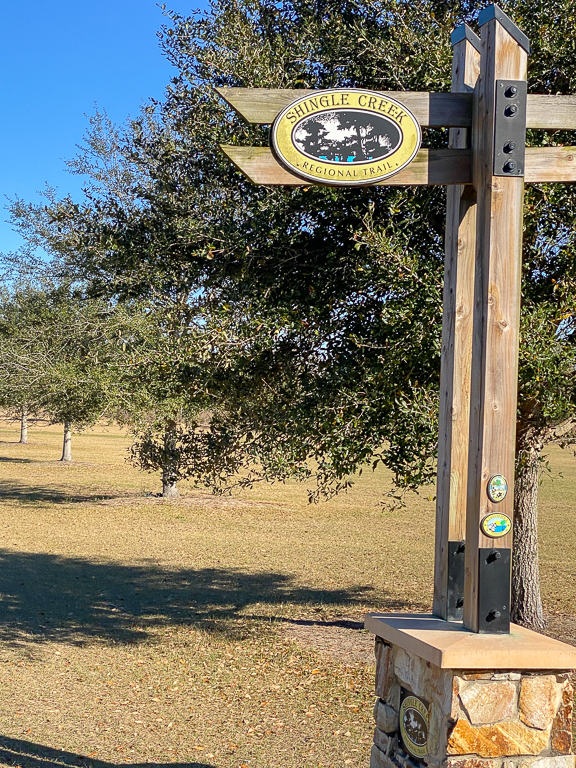 This trail took us along Shingle Creek and nearby lakes. We seem to be on the back of some housing developments. There's a few gates leading into them that are blocked by a keycard. 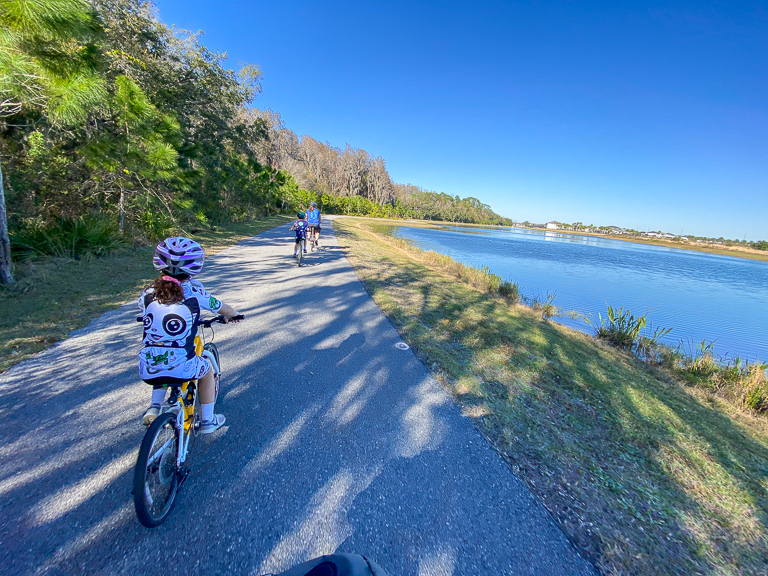 There were even long wooden bridges connecting different housing developments, so the trail went on quite a ways! 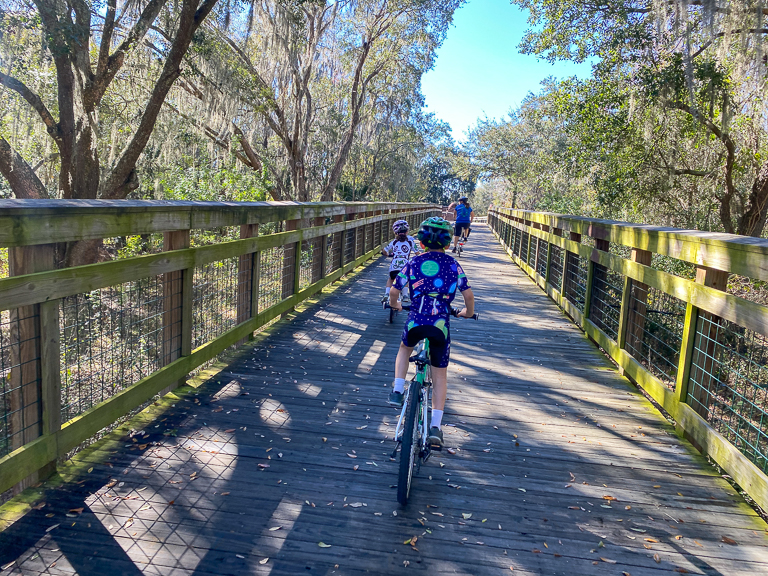 We even got to see some wild animals. As we were pulling up to this guy, Ian asked if he'd caught anything today. No, not yet. Not 5 seconds later, he got a bite and pulled in his first fish of the day. Ian is good luck! 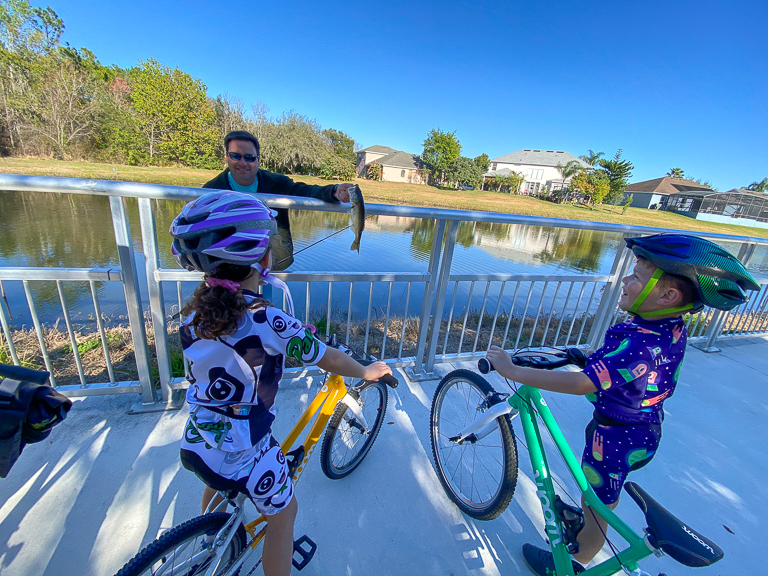 We were still able to see the random animal. Not as many as the Van Fleet Trail but still cool. There was still the random alligator. 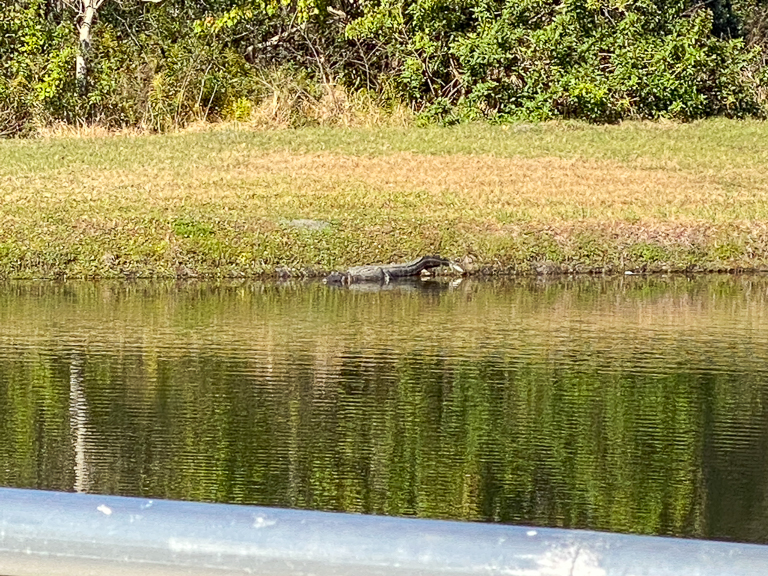 And then we found a whole bunch of baby gators just hanging out. Alli thought they were so cute! 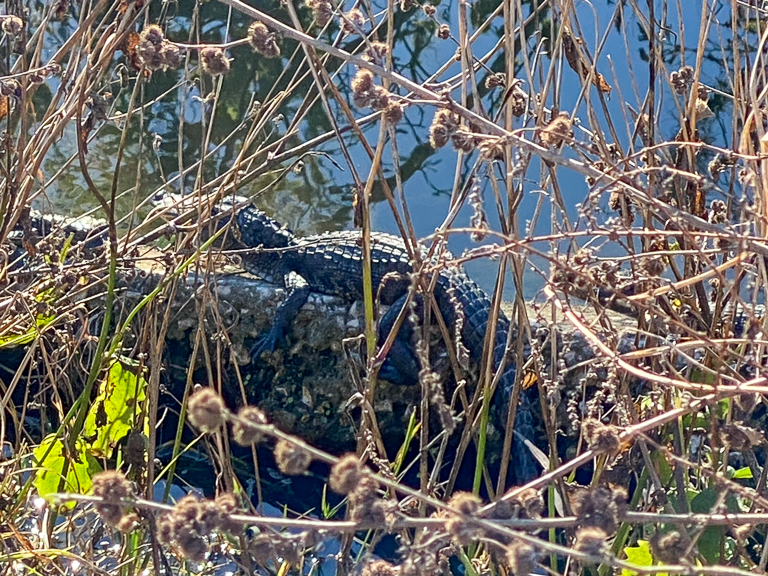 There were even some interesting bird species, including some large ones, hanging out by the water. 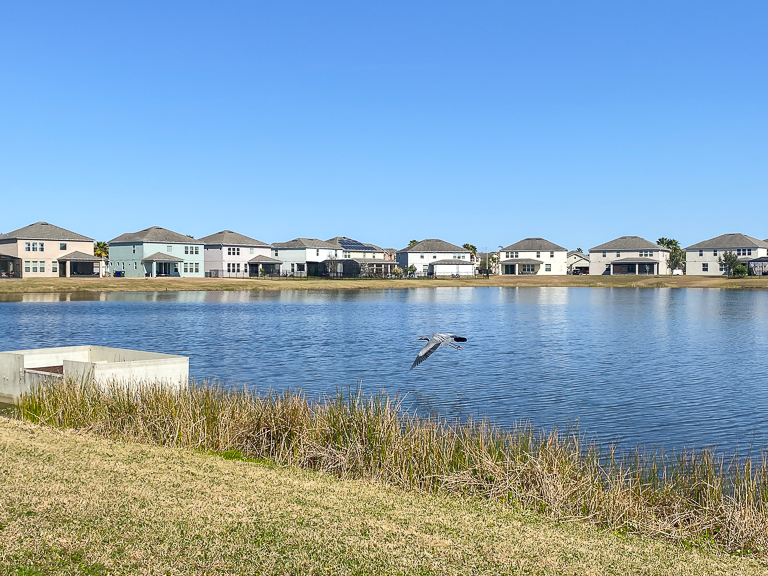 Going south along the trail, I was happy to see that we didn't have to cross the busy 192, but could ride underneath it instead. 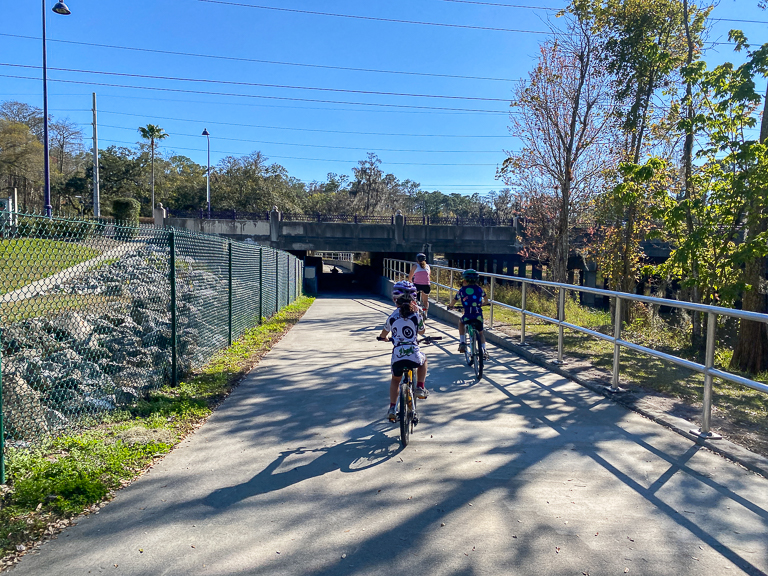 The Gopher Tortoises were plenteous here too. This one seems to be lost over by the Kissimmee airport. We had planes of all sizes flying over us while we were riding the trail beside the runway. 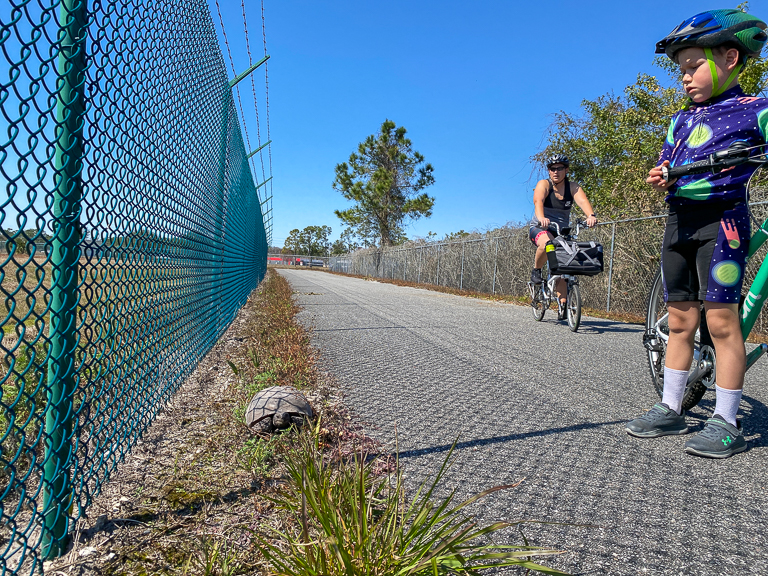 I love that the manhole covers aren't generic. 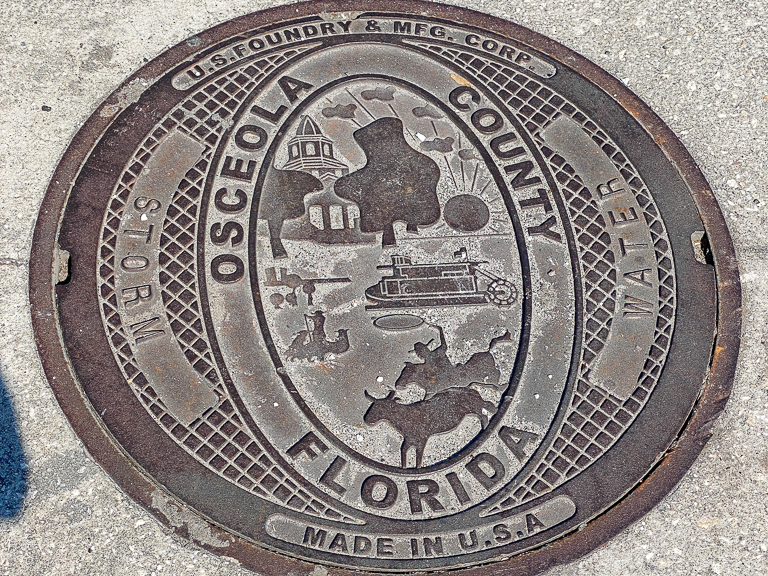 Here's the real reason the kids are loving this trail. Near the Pioneer Village is a park playground that the kids saw during one of the rides. After every ride, we make sure to save some time for them to run around and burn a little bit more energy off. 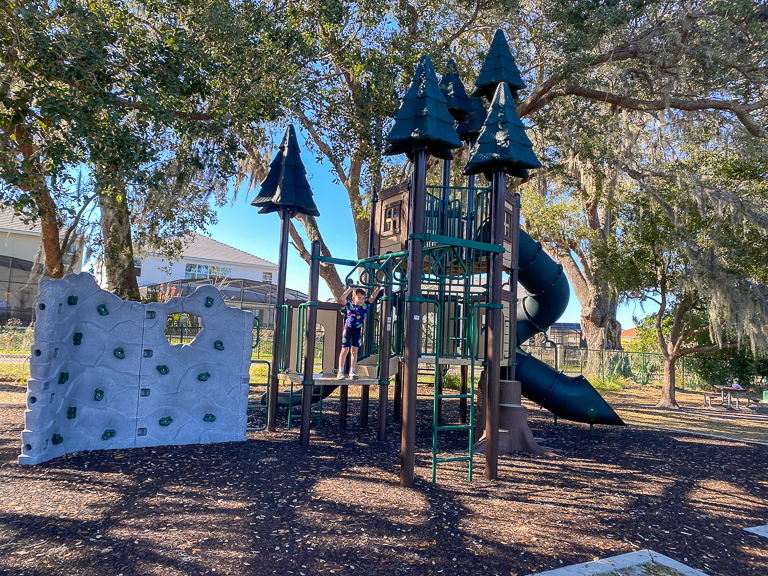 In three days, we were able to knock out 37 miles on these trails. That'll go a little ways to making our goal of 600 biking miles this year! 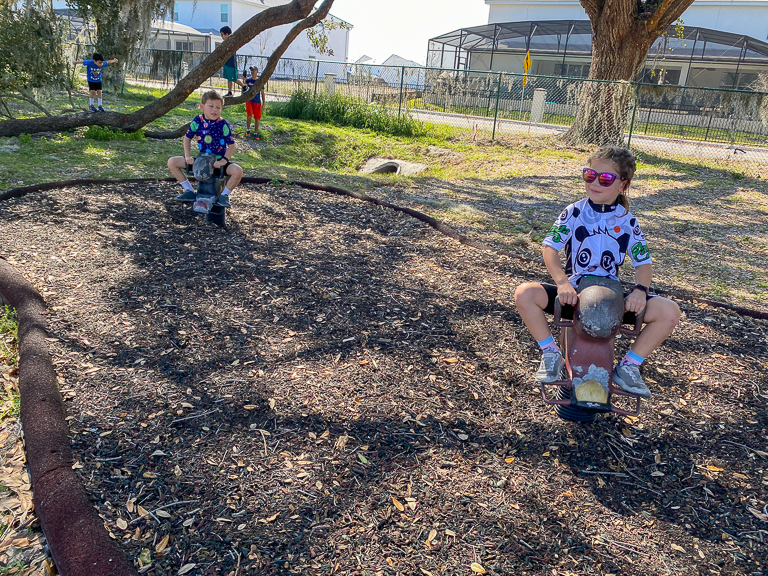 And sometimes we'll stop and grab a treat on the way home. We ordered lunch and instead of using my window in the drive-thru, I pulled forward a little more and had Ian pick up the food. The worker thought they were adorable and after giving them the food, told them to hold on a second. She returned a very short time later with a couple free slushies for them! Awesome! We've loved our bike rides in this area! 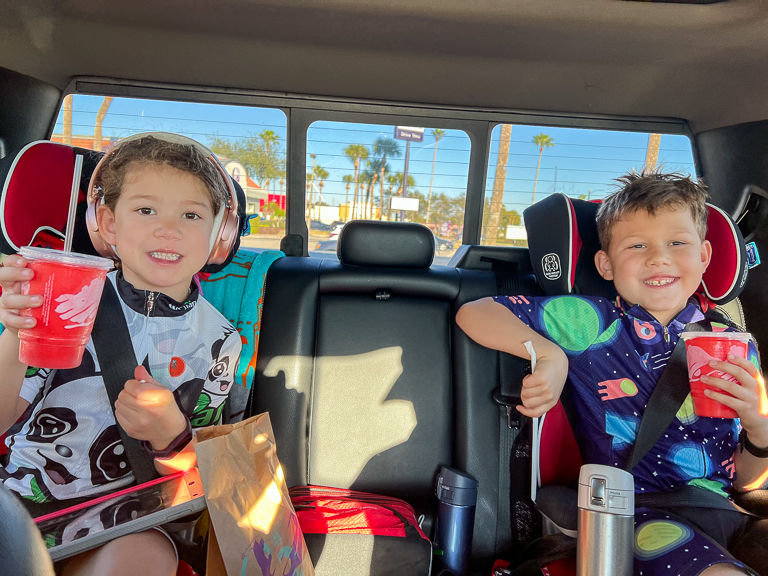