Brylie just finished school yesterday, and tomorrow she's flying to Canada for a few weeks! The only time we could meet up was the day after we arrived at Orangeland RV. We got up early that next morning and drove from Anaheim out to Redondo Beach! 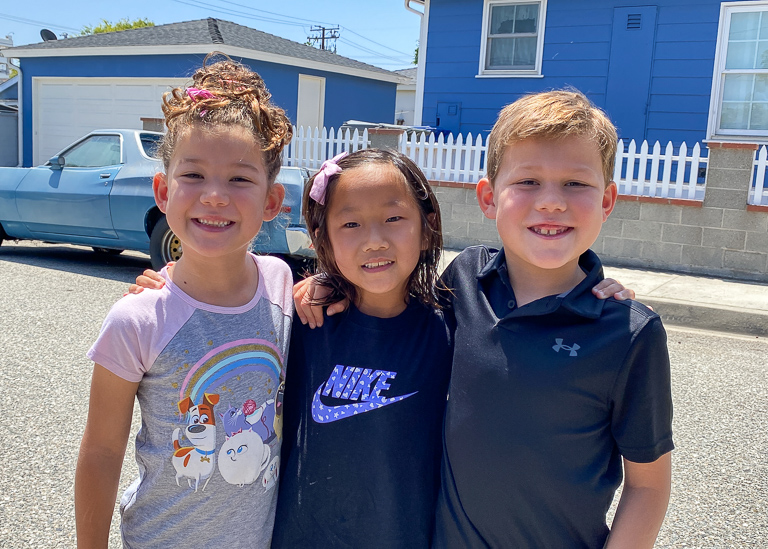 Brylie's mom opted to keep our visit a surprise the whole time! She'd convinced her that she had a dentist appointment today and it would take all day. Wasn't it a surprise that instead she was going to spend the day with us!
Does Ian look dressed up today? He wanted to look his best, with a collared shirt today. And he asked him Mom to comb his hair. Something he never requests. 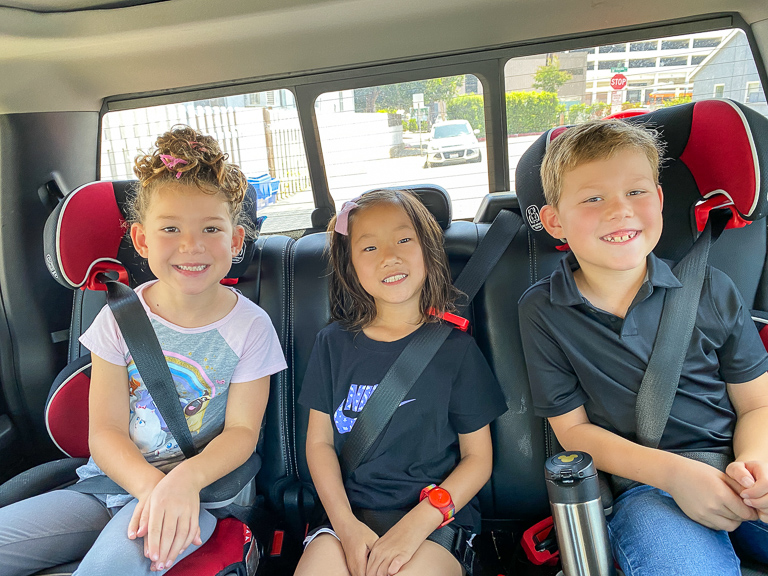 Time to eat lunch! Chick-Fil-A is always a favorite so let's go there! They were quick to eat because... 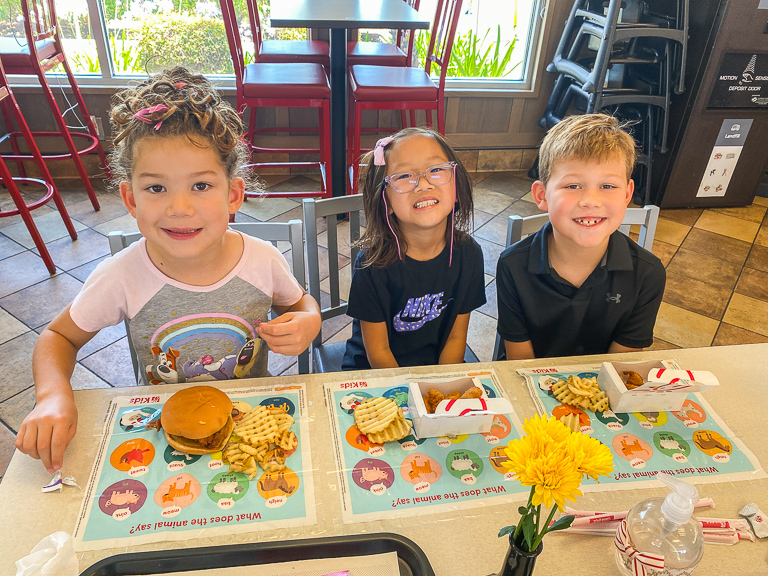 They wanted to go play on the playground! 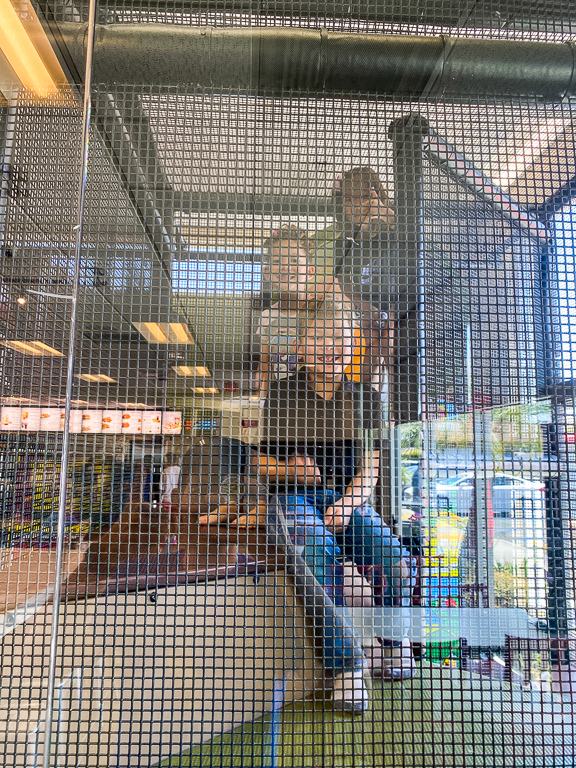 There wasn't a lot of time though because we've got more fun things planned today. Let's go to the movies! 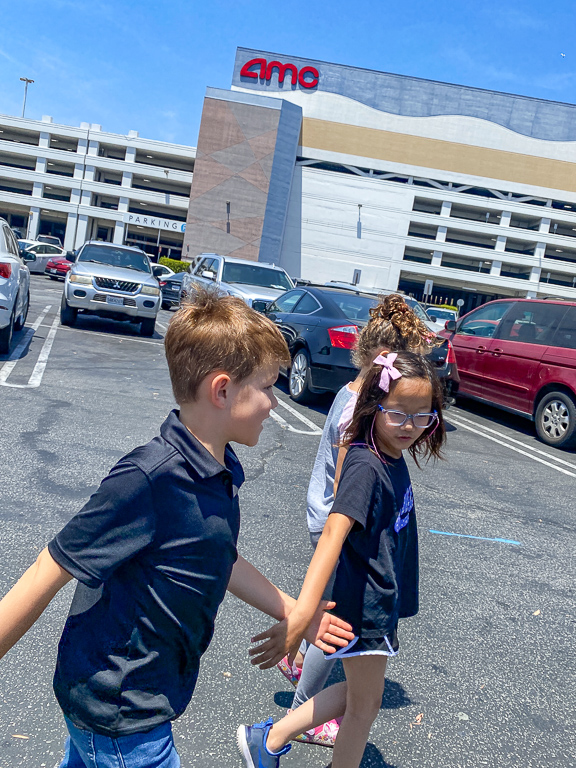 And it's not just Ian that's happy to see Brylie. Alli and Brylie are friends too. 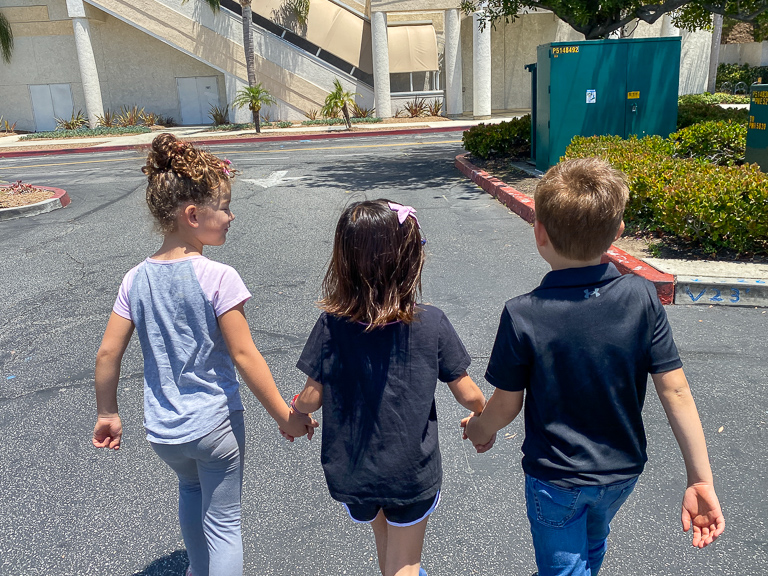 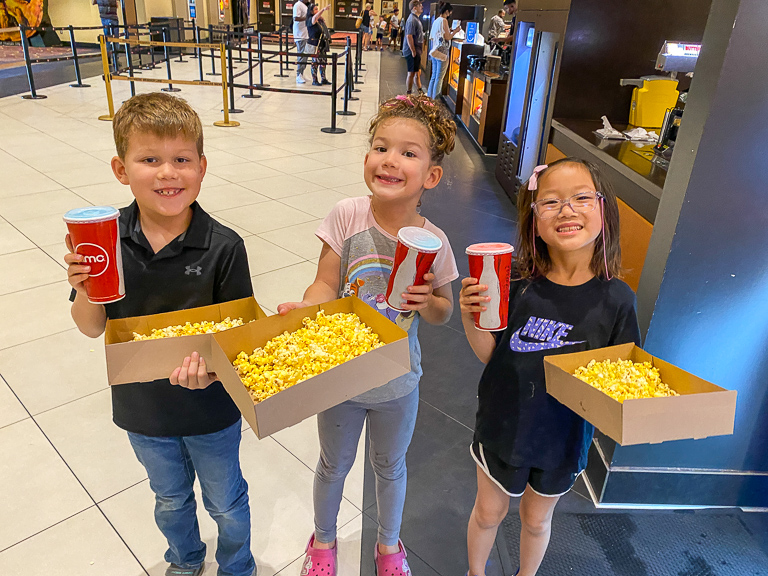 We will not be getting this Banana flavor. Perhaps Aunt Megan would have enjoyed it. 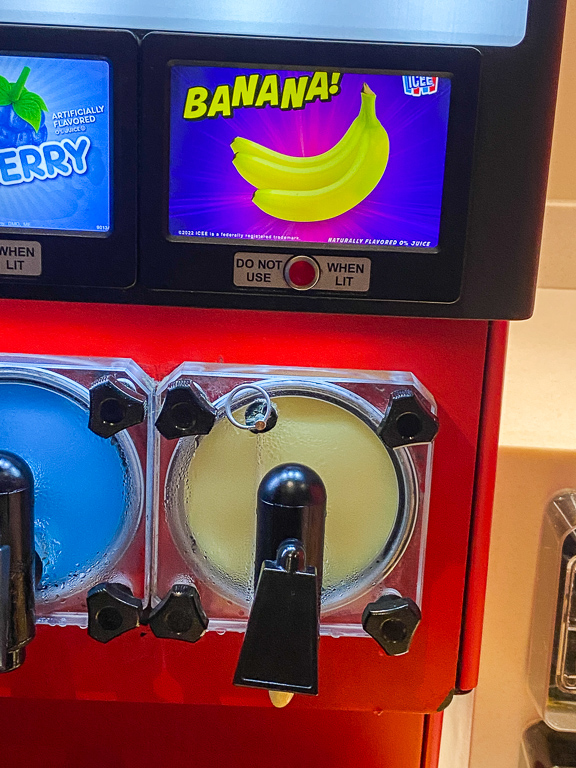 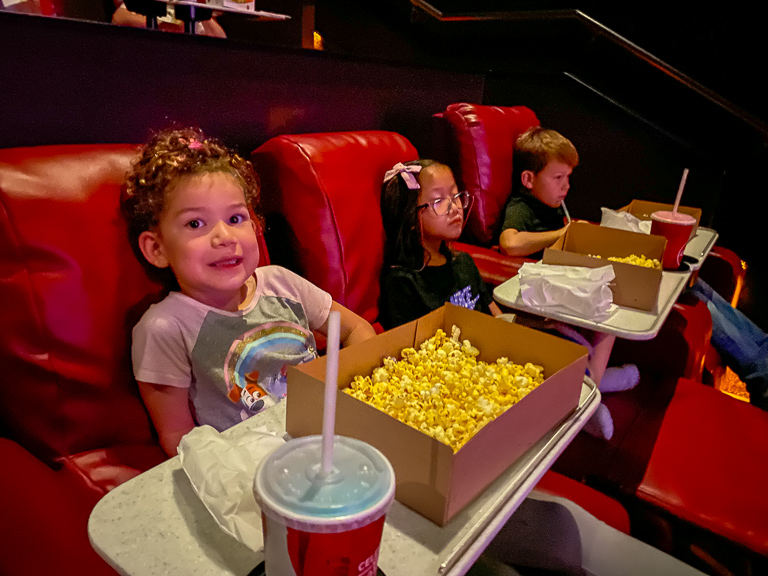 They also loved hanging out together. 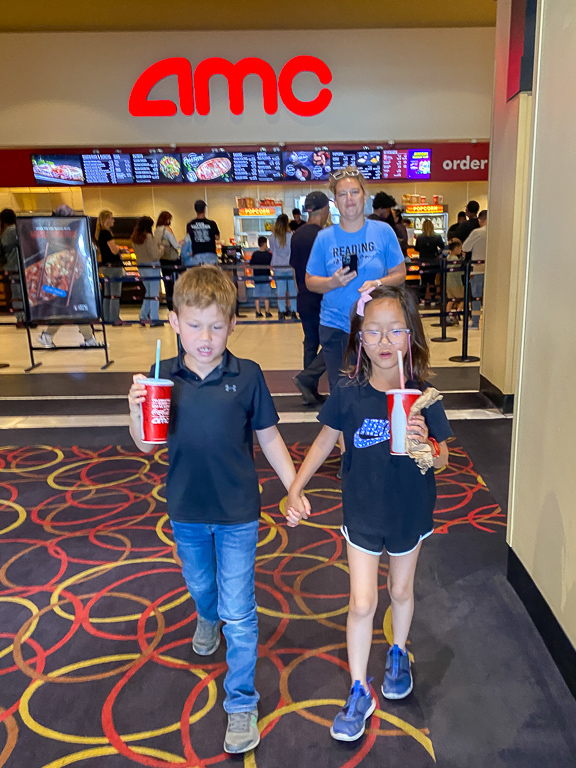 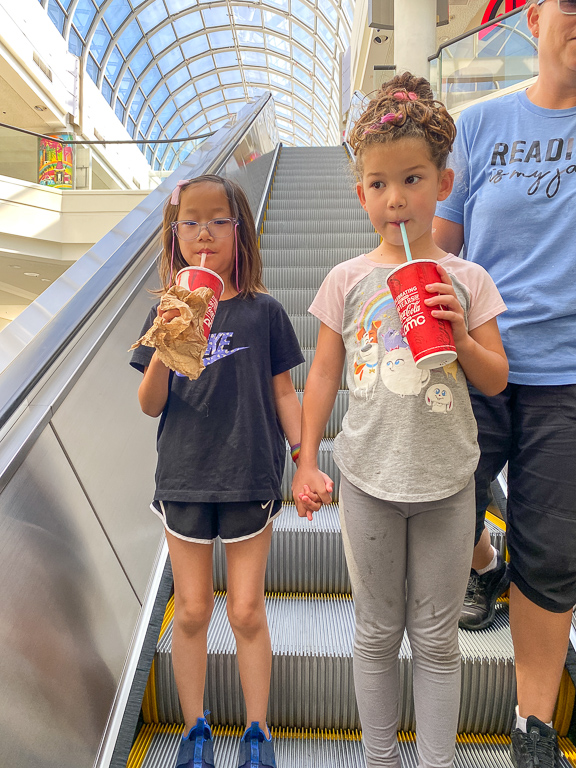 Next we went to a park that the kids used to love going to. It's called Perry Park, but the kids renamed it Taco Bell park. Whenever we'd walk from our house to Taco Bell, this is the park we'd always stop by. 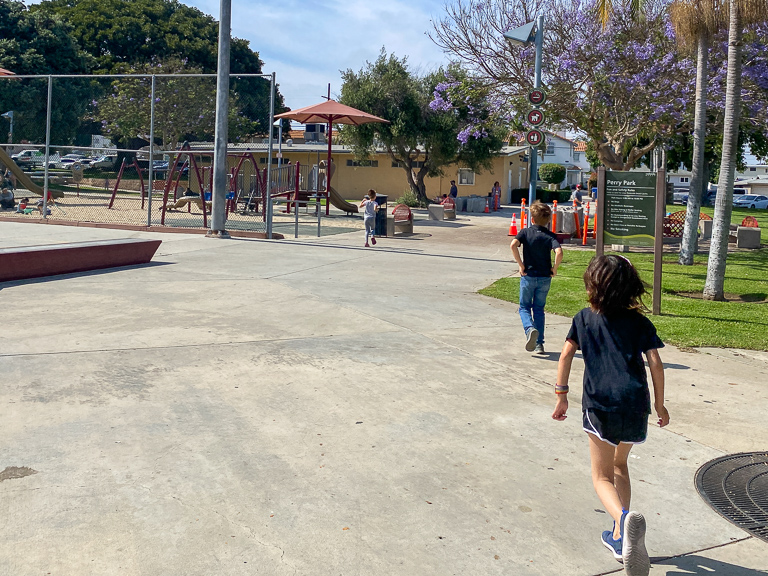 Between the climbing walls, slides, swings, and other spinning things, this park rates pretty highly. 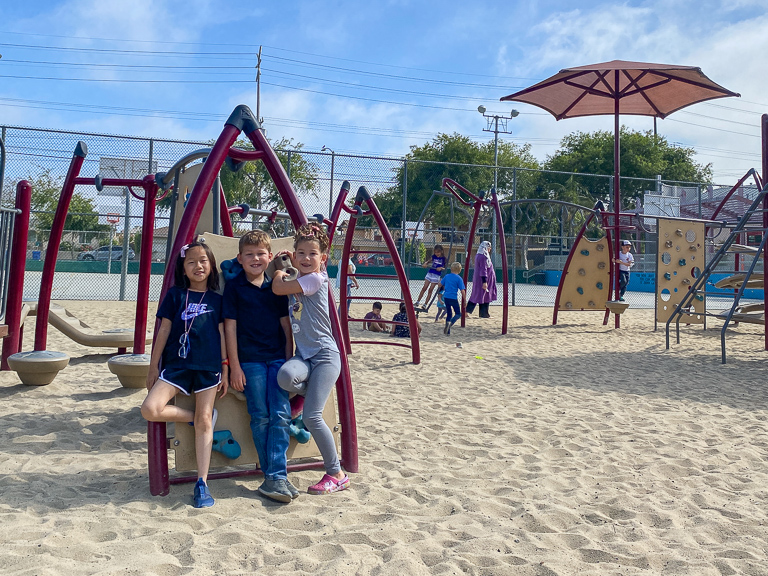 Time for dinner! And the rest of Brylie's family is joining us! 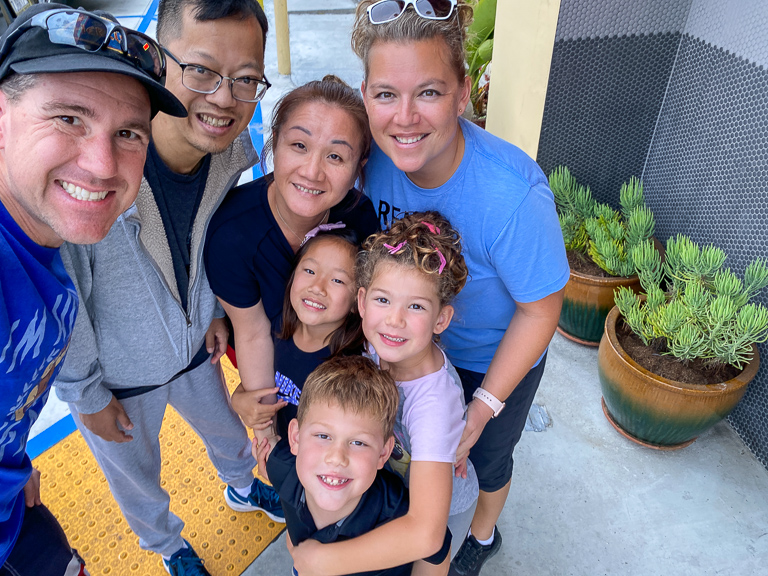 Where should we eat though? There are a few places that we want to go back to while we're here in Southern California. Lots of favorites. One of those favorites, that we actually replicate as best we can, is the Mongolian BBQ restaurant called Big Wok. 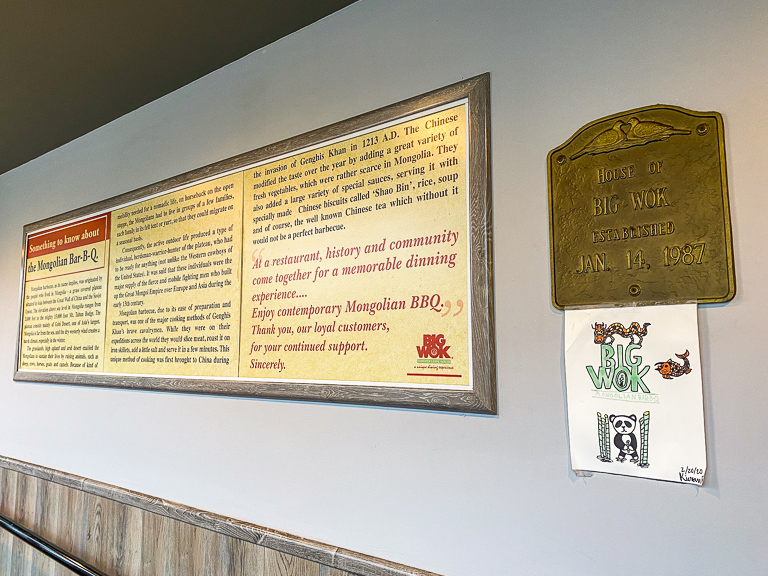 The kids were interested learning which animal they were on the Chinese calendar. 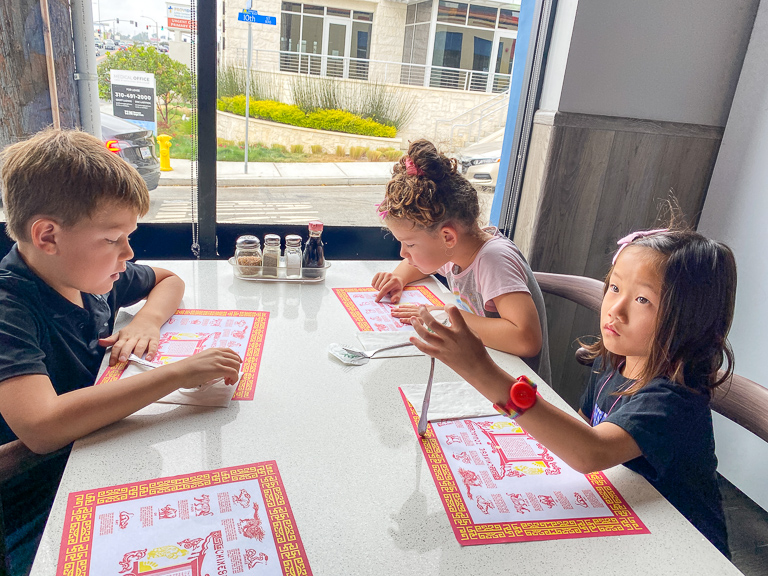 I love that the food here is served buffet style where you can get as much meat, veggies, and noodles as you want. You can then flavor that with all sorts of different sauces. Jacob would always join us at Big Wok, and it was a running joke that his Curry sauce would flavor all the rest of our dishes (though he was always courteous letting us go before him). 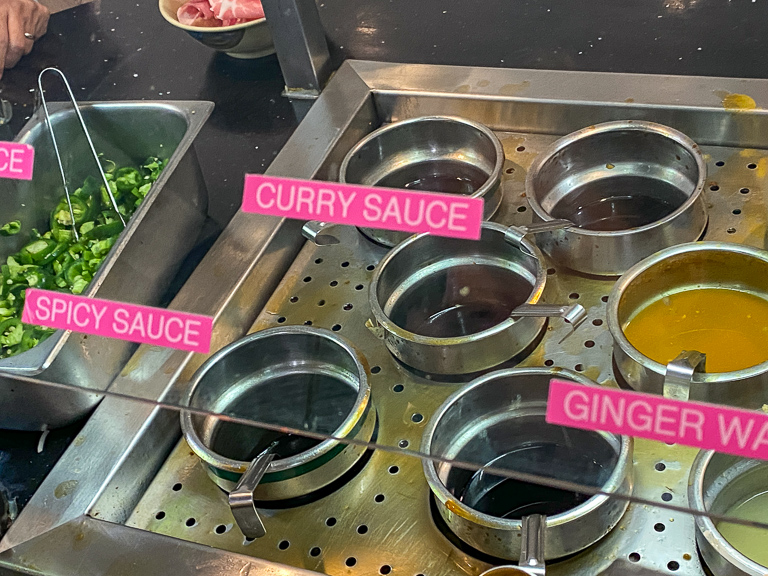 That's because all the meals are cooked on the same surface and shuffled around by the cooks. After ~2 rotations, it's cooked and ready to serve. I like how they always scrape and clean off the surface before making the kids' meals.

Big Wok recently moved locations to this new building. Big Wok was always a favorite for work lunches too. I remember it being slammed with people, so I don't know how they're able to keep up with everything with only 1 cooking surface when the old one had 2. 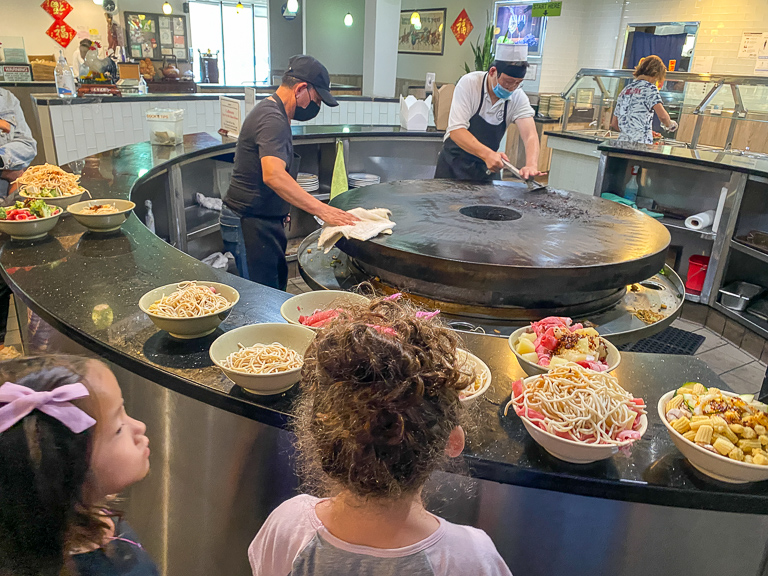 That is a good looking plate. Lots of meat, pineapples, noodles, and spicy peppers. 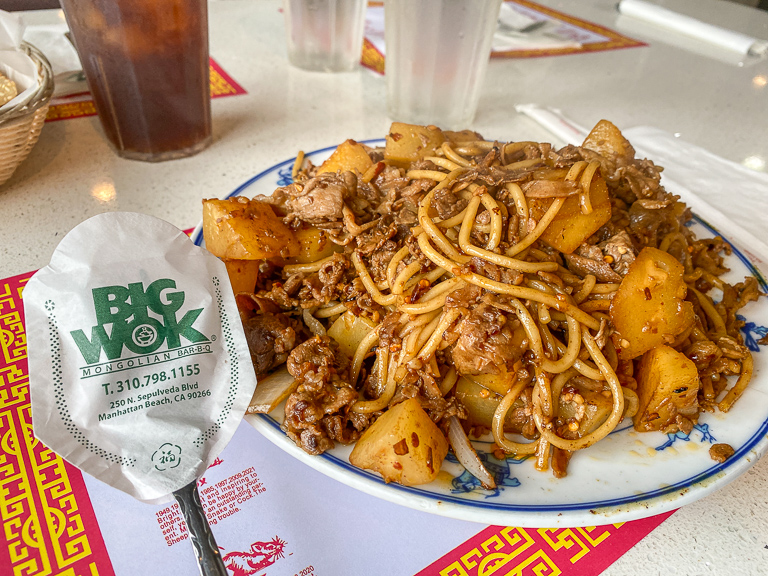 Nice fortunes that came with the meal too. "You are a true friend." 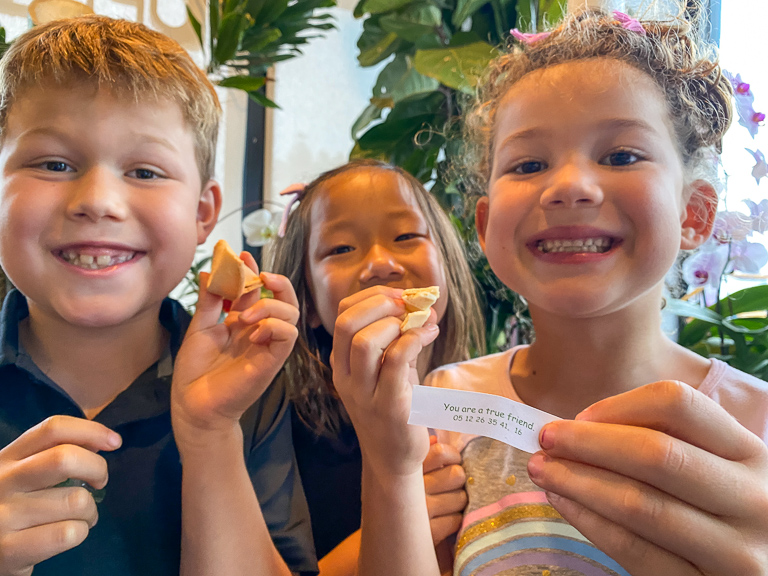 It's been a lot of fun hanging out today Brylie! 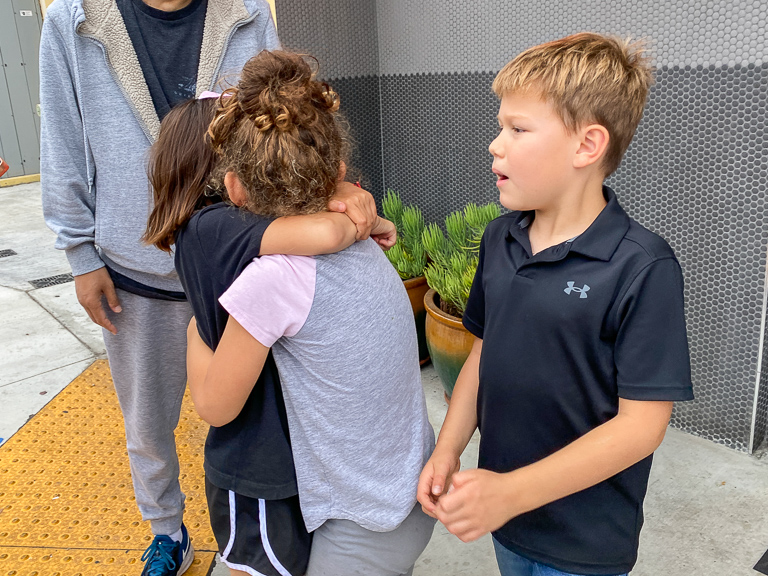 Good to see Vivian and Tony too! Glad we got to meet up before you're off to Canada! Safe travels! 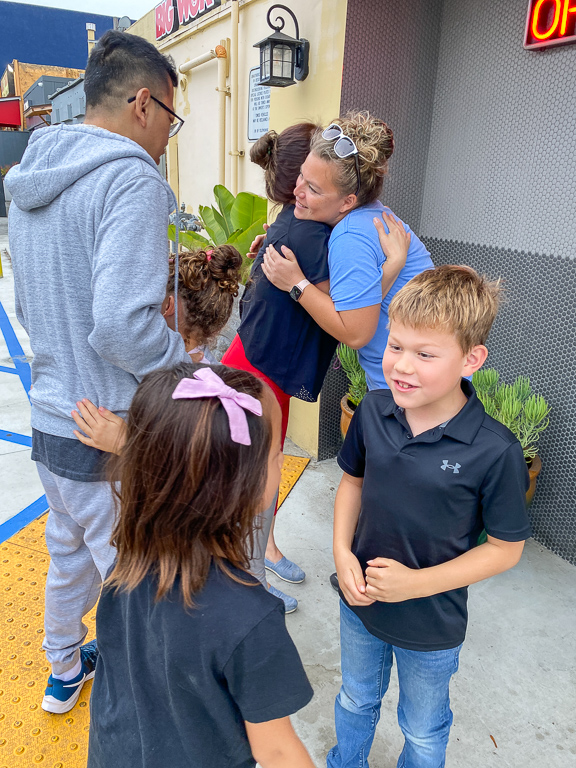