After having the blueberry pizza, Theresa was feeling a bit unsatisfied. If we're really going to celebrate Maine blueberries, we need to do it the right way, with things that are supposed to be blueberry flavored.

That's why today we're making breakfast for dinner and having lots of blueberry treats! 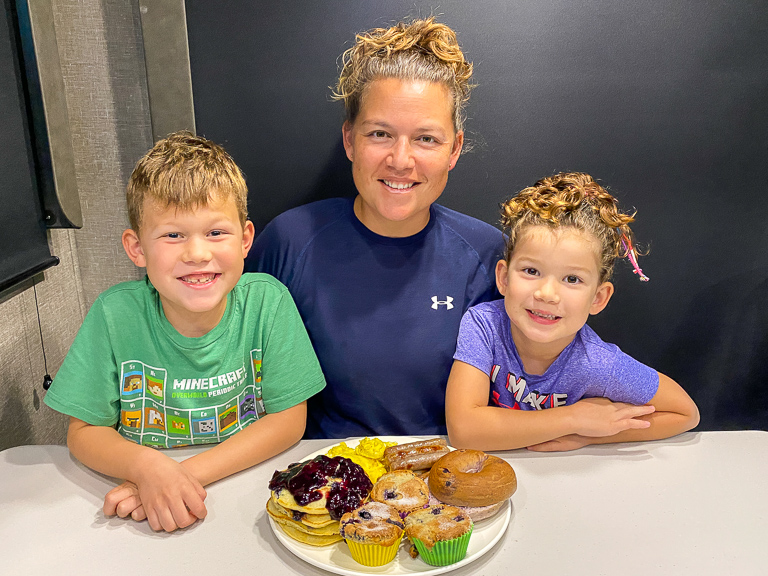 One of the first things I think of when it comes to blueberries are blueberry muffins. I'm making them from scratch! Just mixing up the batter and then folding in a few blueberries. 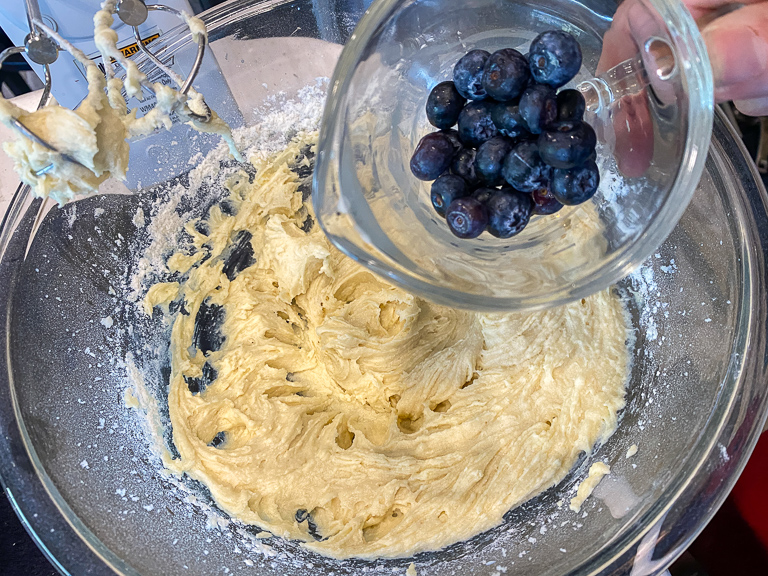 After adding them to the baking cups, I placed one blueberry into the top of each, just to drive home that these were blueberry muffins. 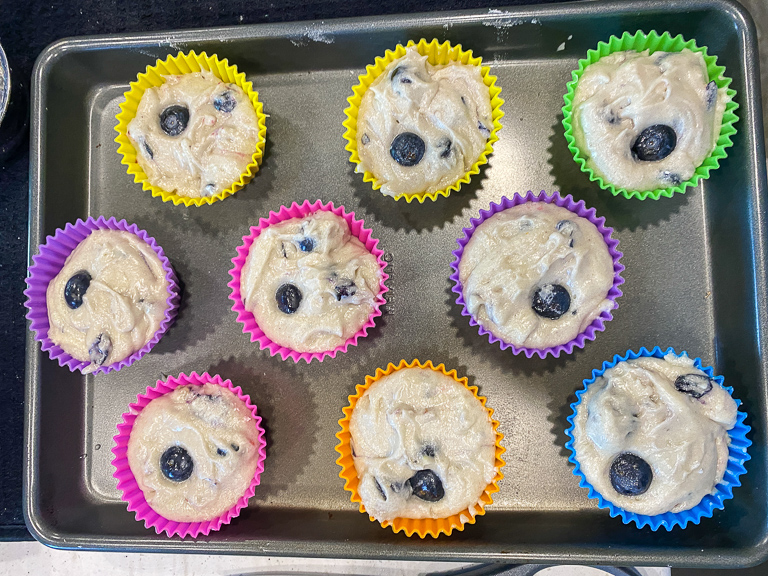 It's so colorful! These will bake for about 30 minutes. 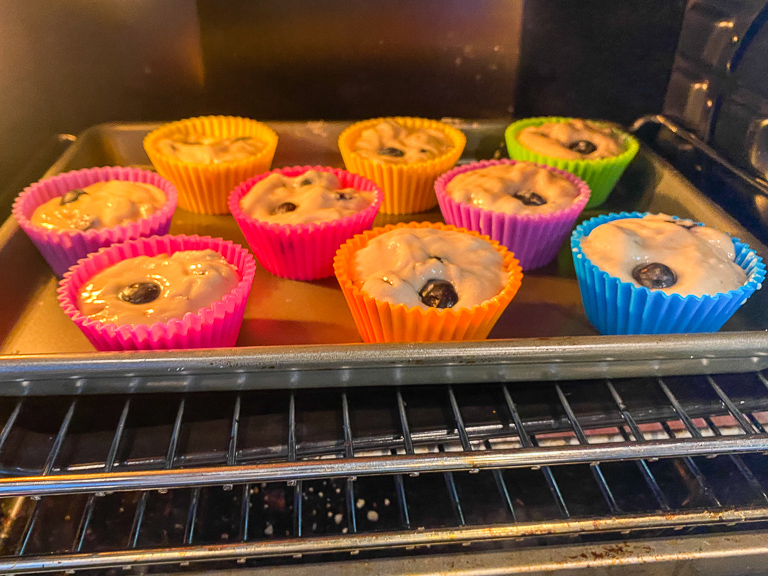 In the mean time, Theresa is working on the other blueberry foods. 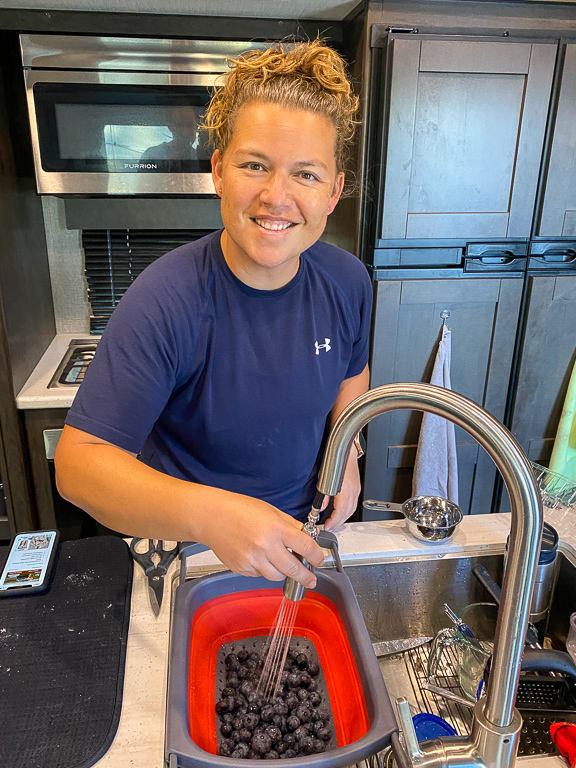 That has to be the biggest blueberry I've seen besides Violet Beauregarde! 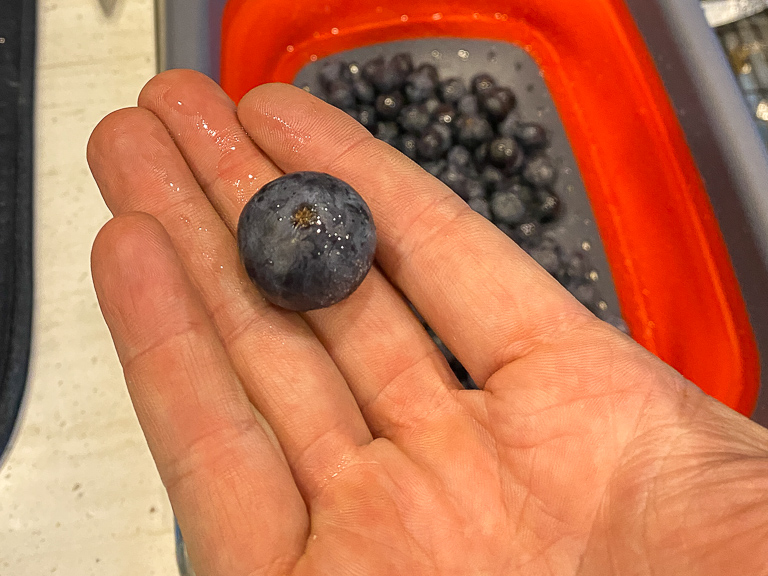 First up, Theresa is making a blueberry syrup. 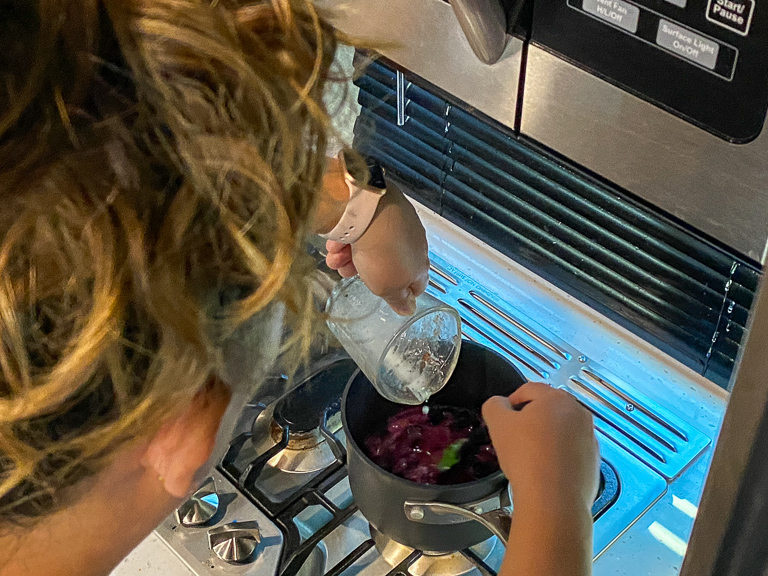 And what better to put that blueberry syrup on than blueberry pancakes! 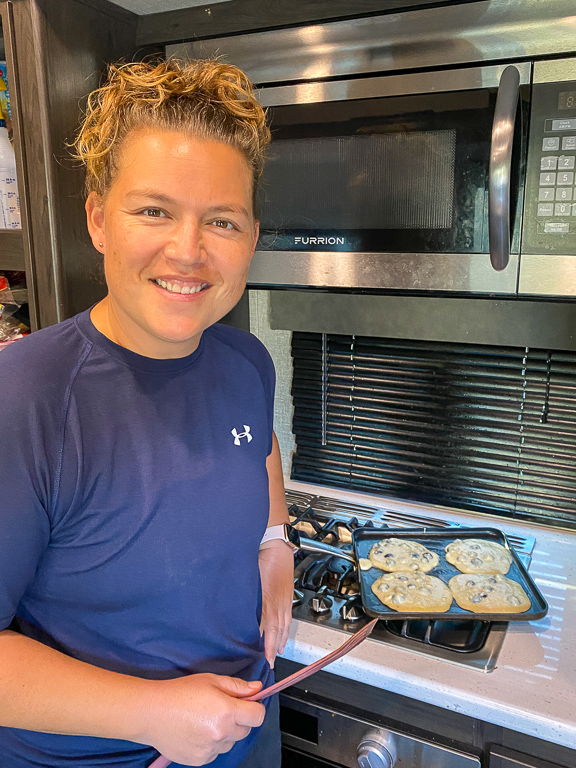 To round out our breakfast for dinner, I'm also making some Vermont Maple sausages, from just a couple states over. 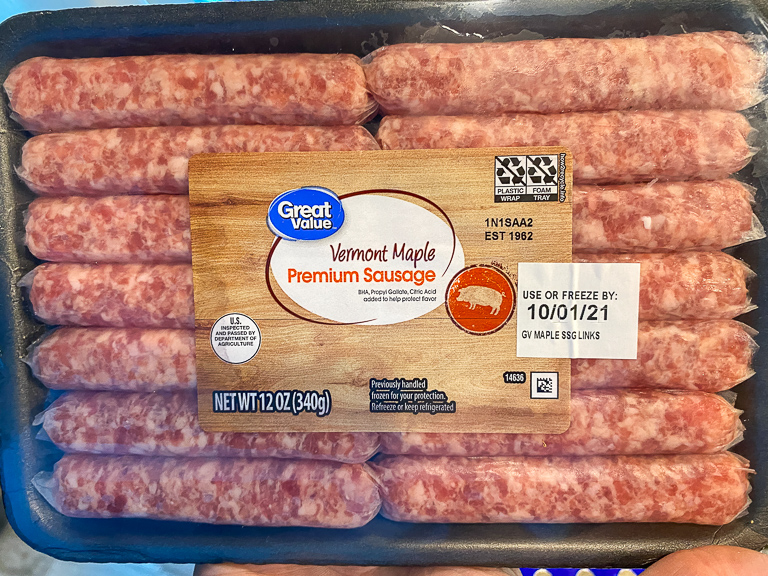 Along with some fresh eggs. 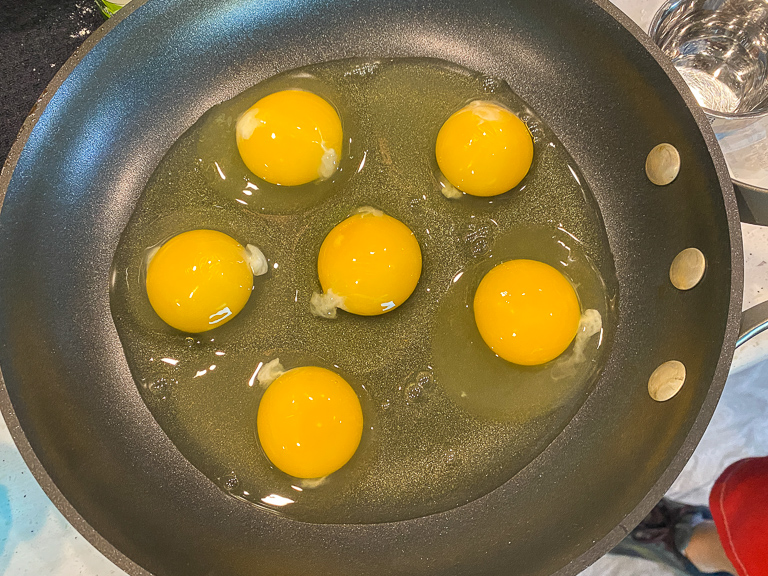 Theresa's pancakes are so good! Light and fluffy and delicious. The blueberry syrup was not too sweet and had a good blueberry flavor. 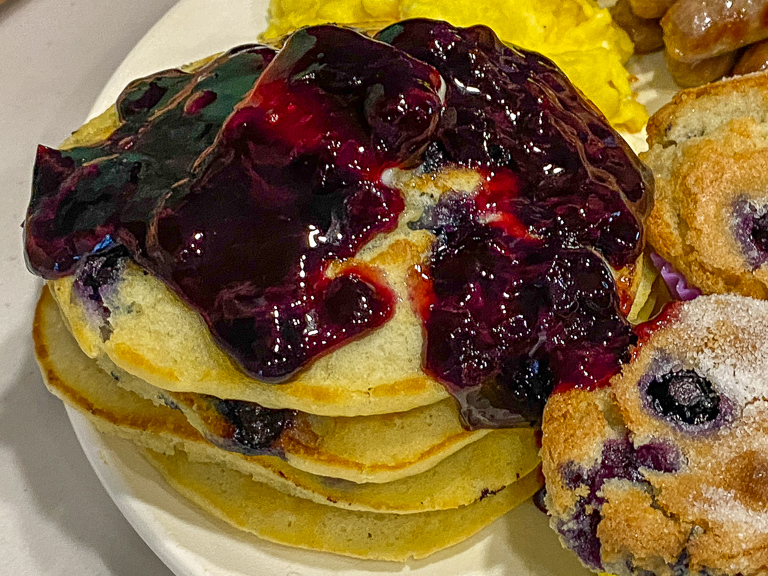 And I loved the blueberry muffins! The recipe suggested sprinkling sugar on top before baking. It formed a crunchy crust that was really good. 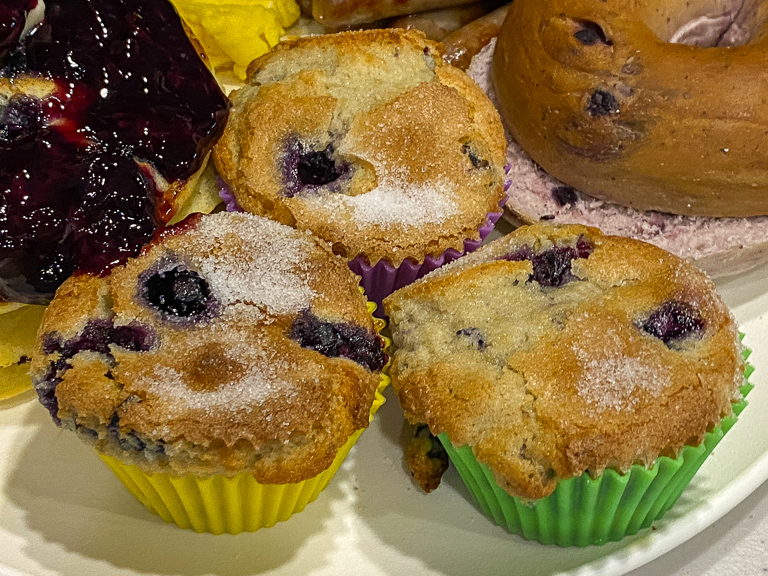 While we were at the grocery store, we picked up a blueberry bagel. Meh. I toasted it, but it wasn't anyone's favorite. Ian was appalled that I bought a blueberry bagel.
Ian - Next time you need to make it yourself.
Someone is a little spoiled I think. 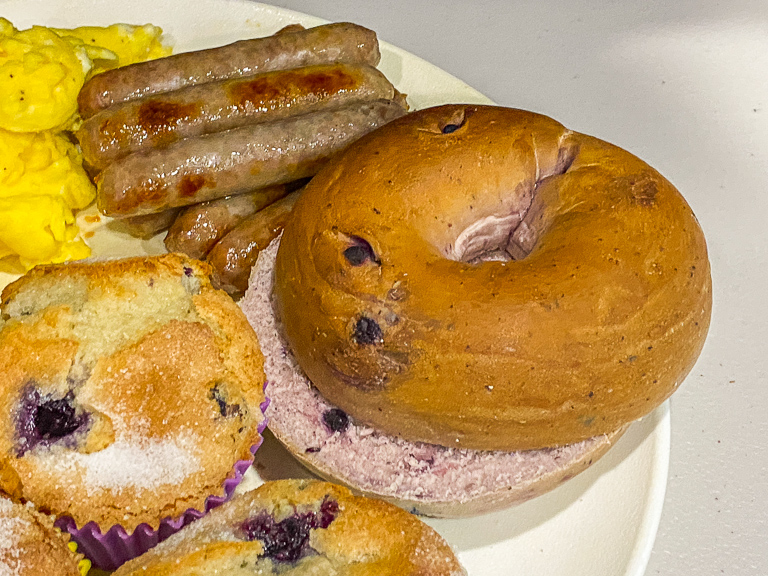 The eggs were good. I cooked them well so they were still fluffy.
The kids devoured the sausages. 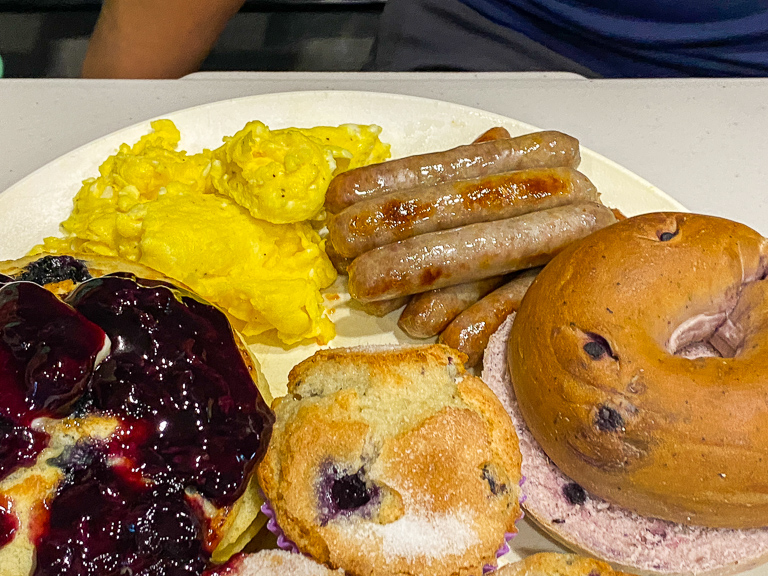 That's my plate tonight. I'm not embarrassed. Everything was so good! Definitely going to have to go for a walk after dinner tonight. 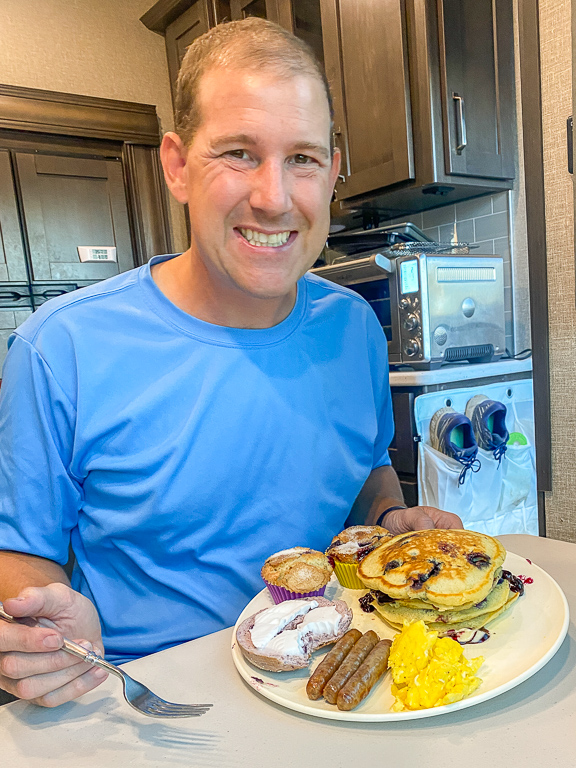 Breakfast for dinner might be something that happens a little more often! 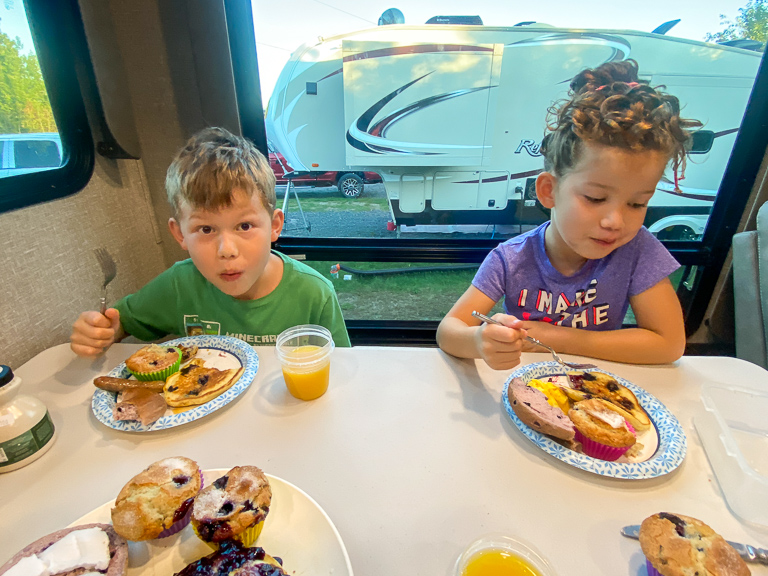