This week we're in Massachusetts! What is Massachusetts famous for with food? Well Boston is known as Beantown, so why not try to make a Boston Baked Bean pizza this week? 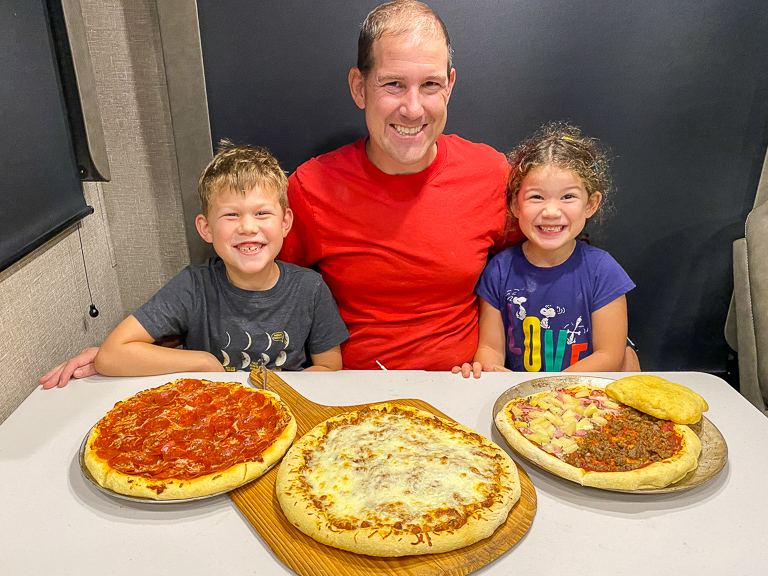 In doing a little research before I made this week's pizza I discovered that Heinz actually used to make a Baked Beans pizza. Ah, in England. That explains it. Beans on toast is a British thing. Well let's give it a go. 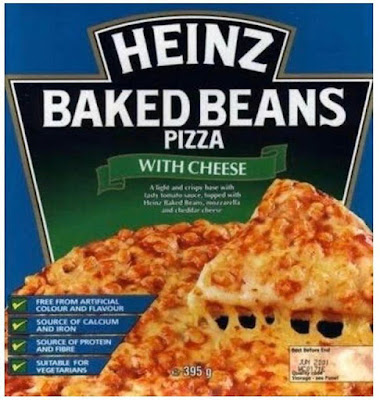 First I need to make my own Boston Baked Beans. I've never made baked beans from scratch, opting instead to just pour them out of a can. I cheated a little bit, using a couple cans of beans versus dry beans, but I judge that to be acceptable. 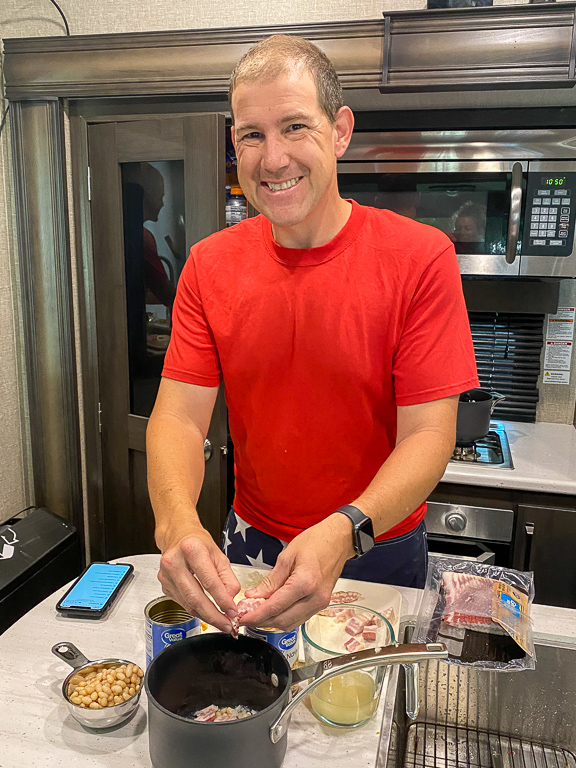 Into a pot went onion, bacon, and nearly 2 pounds of navy beans. 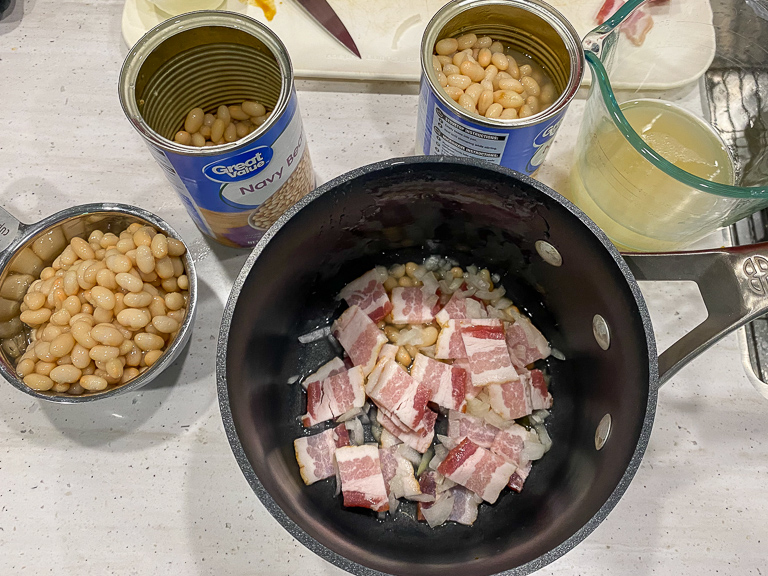 I made a sauce of ketchup, mustard, Worcestershire, brown sugar, salt, pepper, and molasses. After bringing it to a boil, I poured it over the beans. 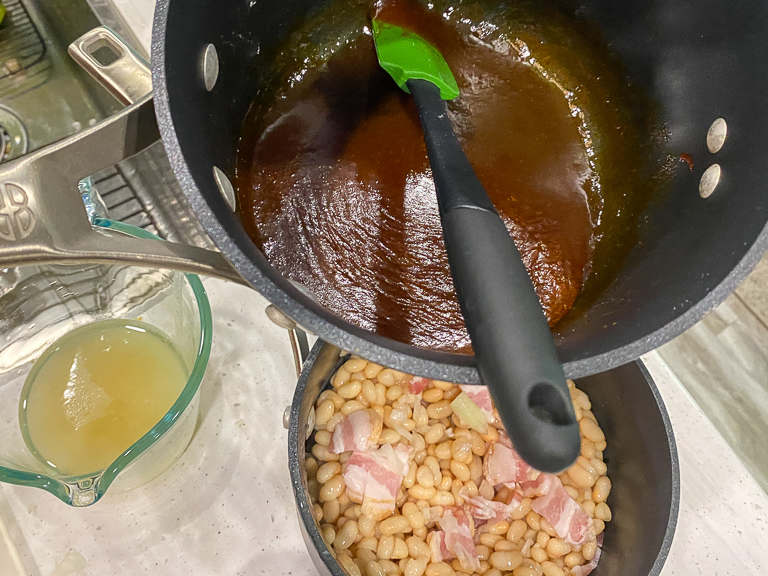 Then made sure the beans were covered completely with the extra bean juices from the can. 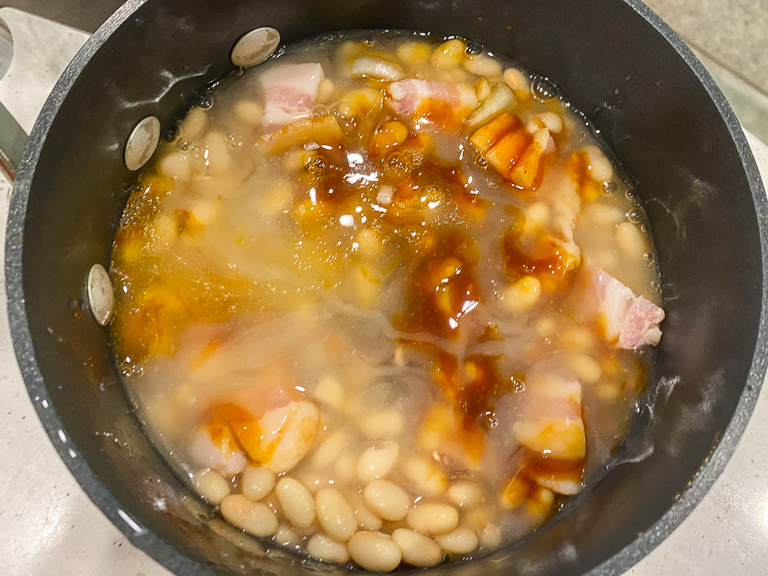 These are baked beans so they've got to be baked in an oven. Using my oven-safe pots, it cooked at 325 for a few hours. 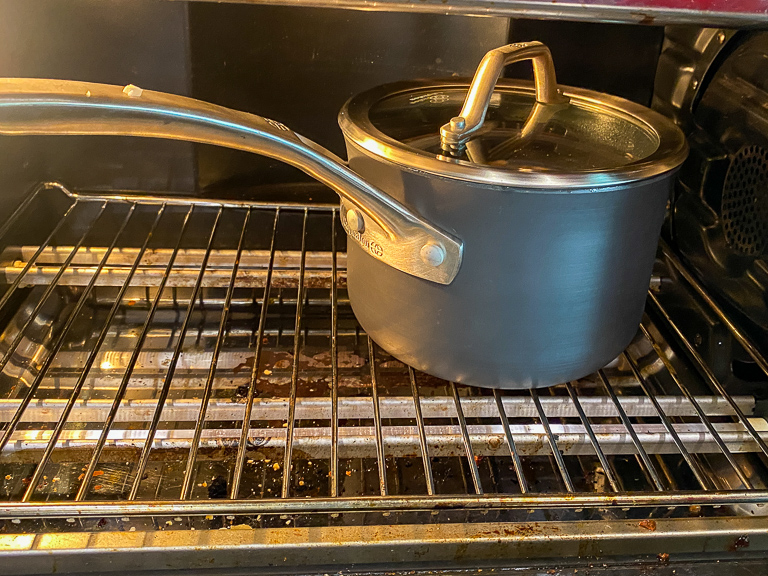 The smell was delicious! I really noticed it when I went outside and then came back inside. So good! 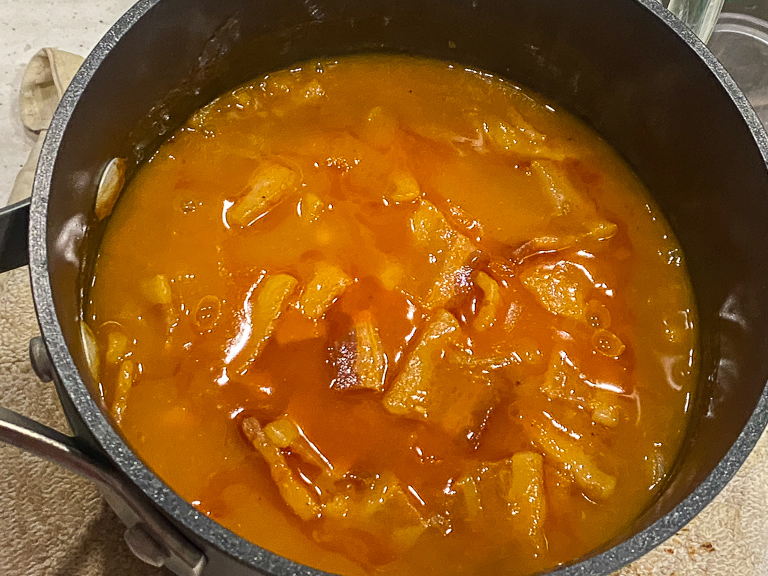 After a few hours, things were smelling especially delicious. I pulled it out of the toaster oven and set it aside. I did have to take a sample taste to make sure it was good. And it was delicious! I went back for a couple more samples while I was getting everything else prepped. 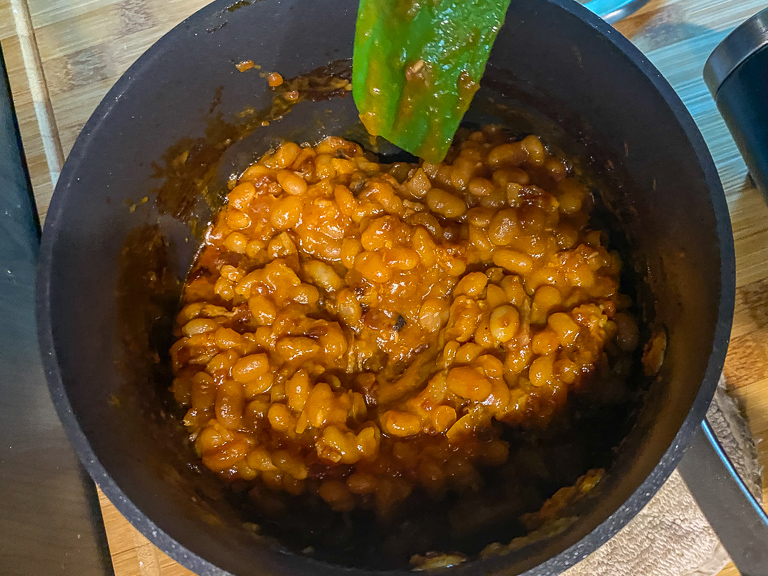 For my dough, Theresa suggested I give it a cornbread style feel versus my regular dough. Keeping everything else the same in my dough recipe, I added 1.5 cups of corn meal, then added enough flour to bring it up to 750g. 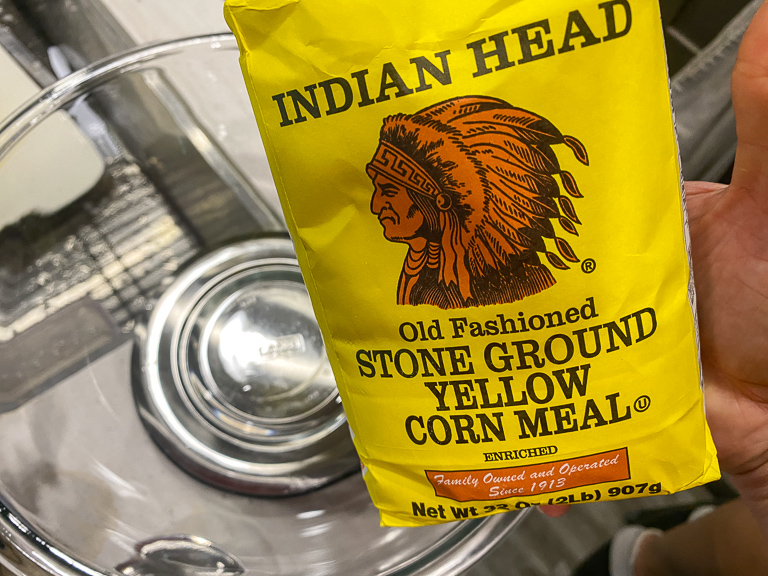 Once that was finished rising, I pressed out my crust for the pizza. 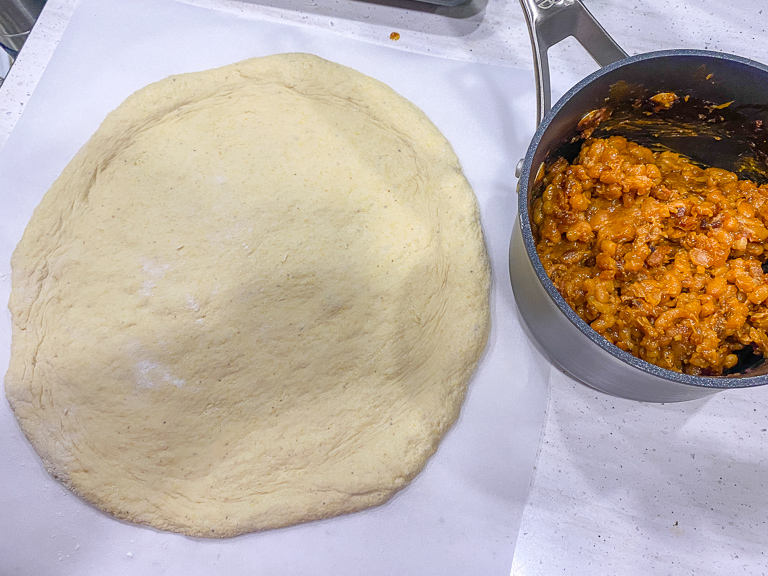 First a layer of my homemade baked beans goes down. 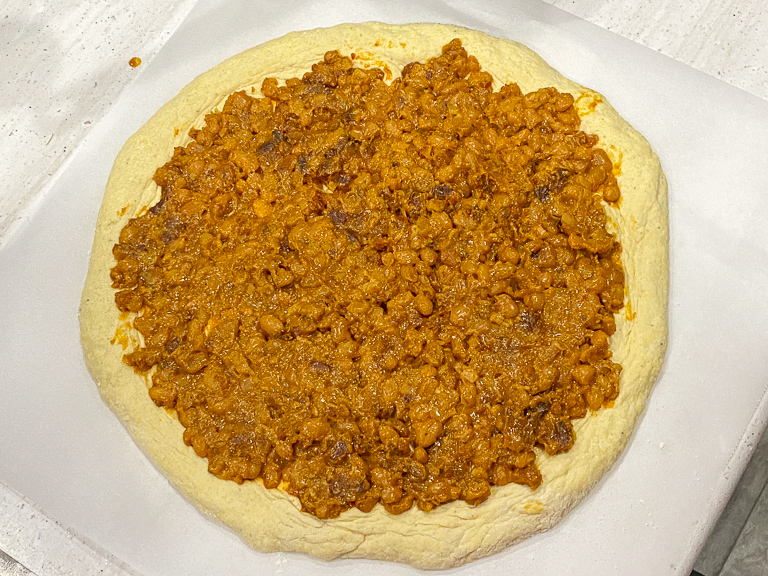 Then it gets topped with mozzarella to hopefully hold everything together. 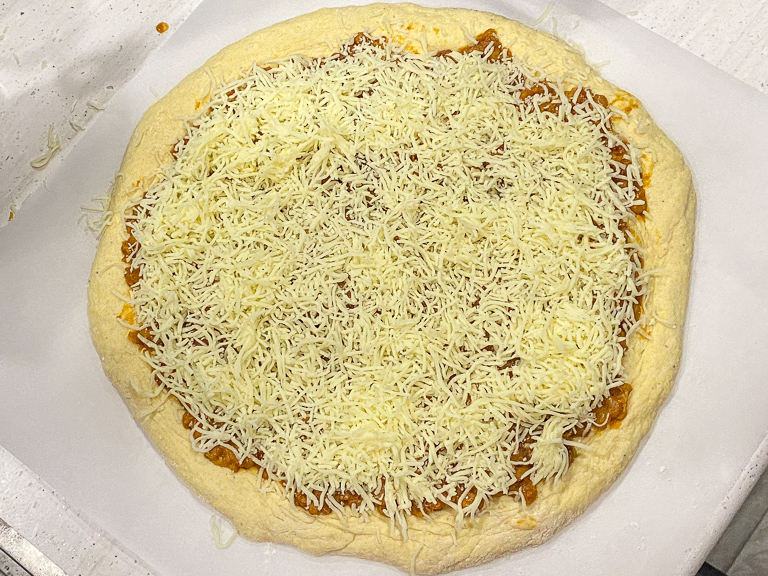 After a few minutes in my pizza oven, it was done! 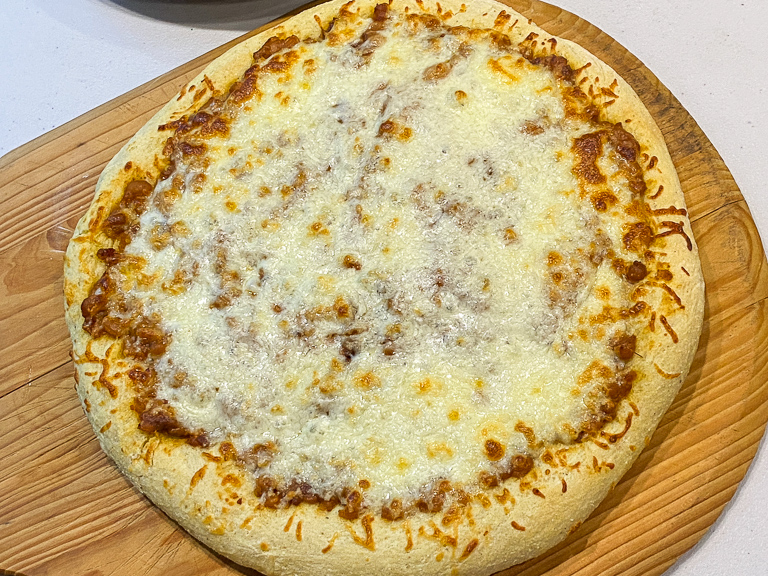 The kids also got pizzas to go along with my specialty pizza. Ian said "Daddy, that looks so good! You make a better pizza than anyone! Don't tell Georgios (our old neighborhood pizza place)." 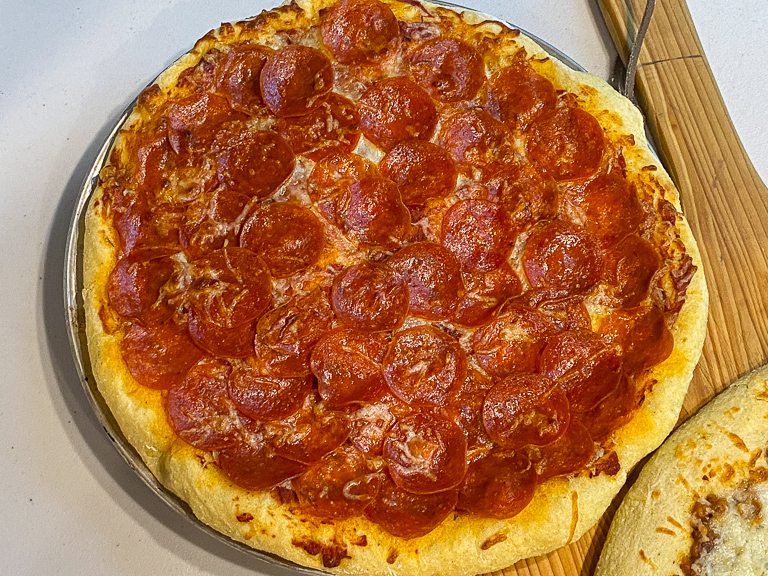 Instead of her usual breadsticks, Alli requested a pizza with sausage and sauce. I obliged and she loved it! Only problem was that she wouldn't eat her crusts! Alli! That's the same dough I used in your breadsticks! Why don't you like it?
Alli - With the little bit of cooked sauce it tastes different. 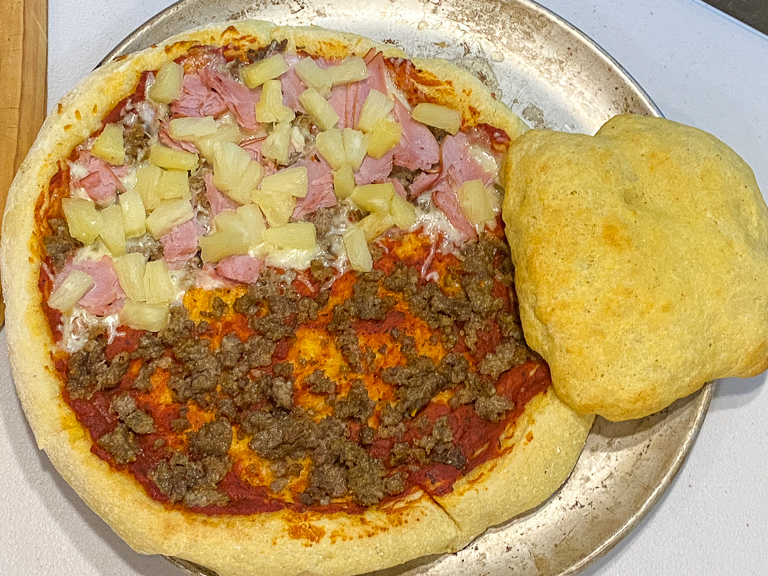 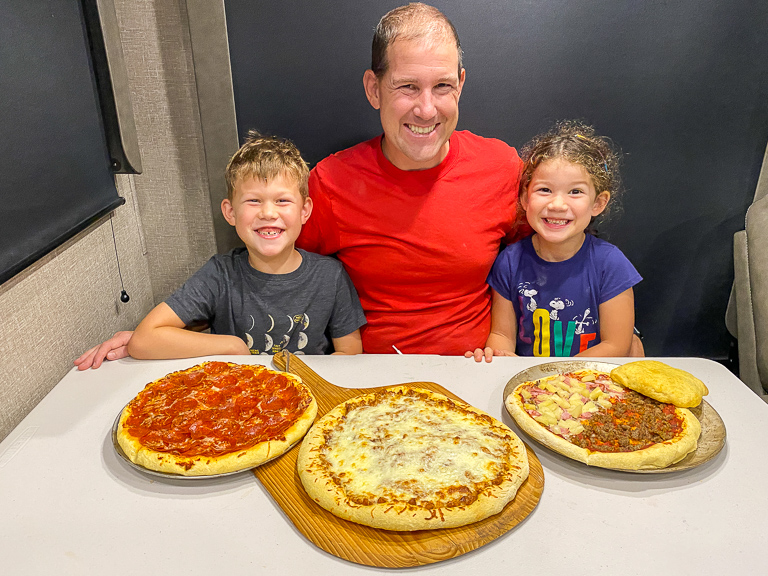 My plate tonight. One thing I really noticed was that this Boston Baked Bean pizza is a whole lot heavier than my normal pizzas. With 2 15oz cans of beans, 1/3rd pound of bacon, a small onion, quite a bit of cheese, plus all the other ingredients, there was probably 2.5 pounds of toppings. This pizza will stick to your ribs and fill you up. 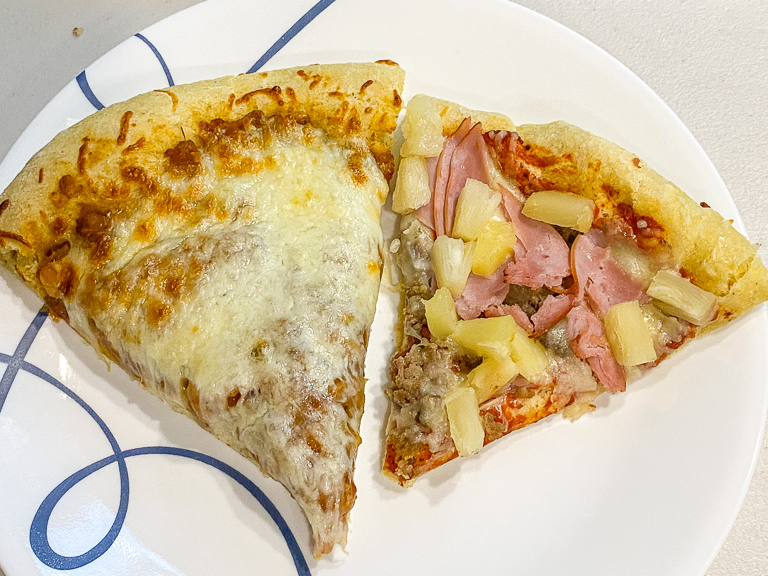 And it was definitely interesting. Certainly not bad, but different. It had the saltiness from the bacon and the beans, plus the sweetness from the brown sugar and molasses. Alli thought it was good, but liked her pizza better. Both Theresa and I had second slices of it, but it was just a little bit of a strange topping to have on a pizza. Still, we don't know these things will all work out until we try them! That's another pizza for the books! 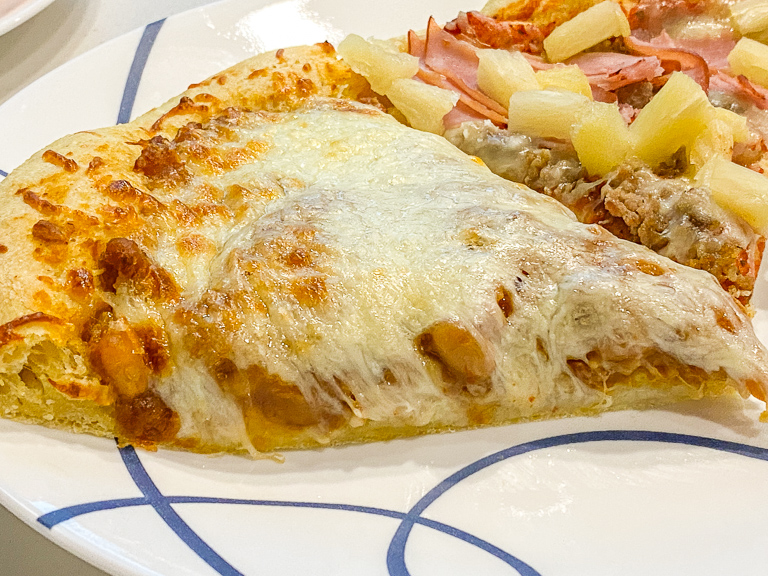