Pizza Day is here! We're in Maine which is famous for its Lobster! We're right by the ocean and there's so many food shacks selling lobster, but I don't care for seafood. What else is Maine famous for? Blueberries! Tonight I'm going to make a blueberry pizza! 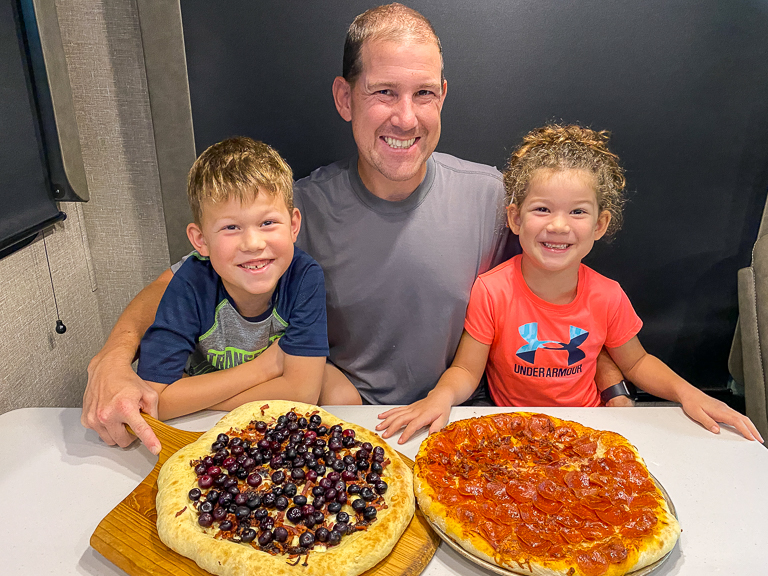 These blueberries are plump and ginormous! 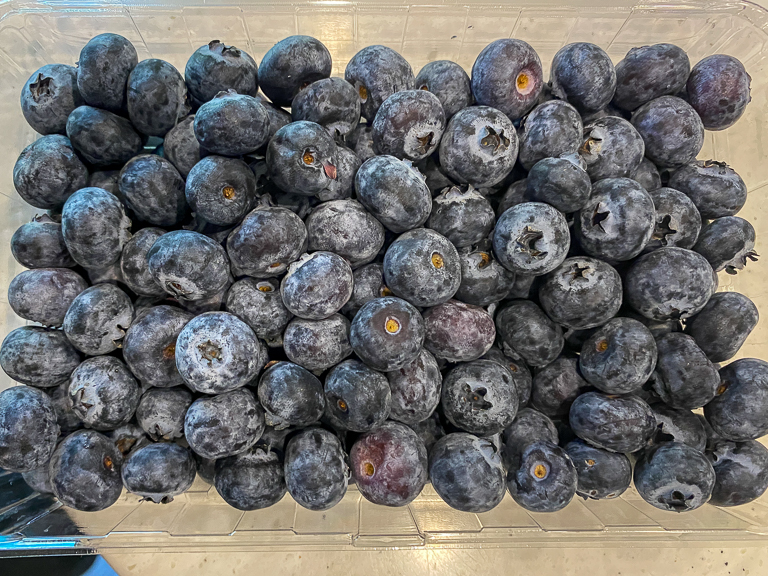 I've done quite a few sweet dessert pizzas lately. I want to get back to the savory pizzas. I'm using some finely sliced bacon to give it a salty component. 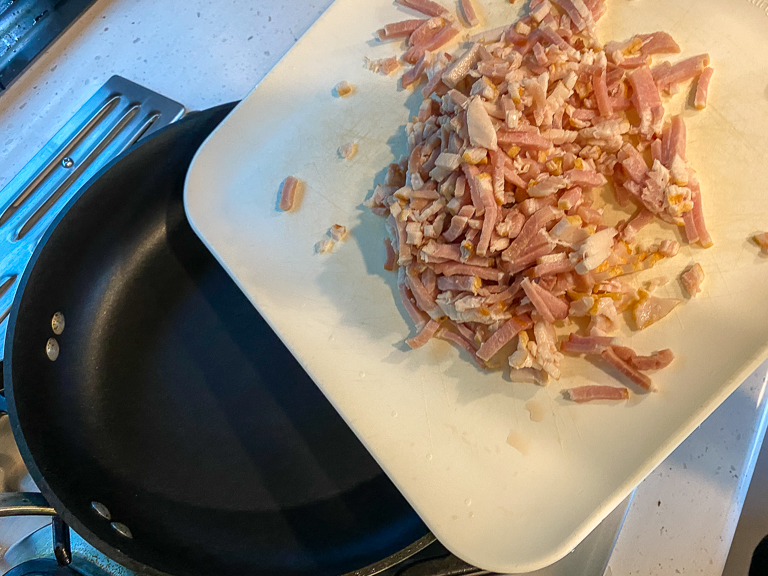 Just my regular pizza dough recipe tonight. It's starting to get a little chillier though so I'm having to give it more time for the yeast to make the dough rise. 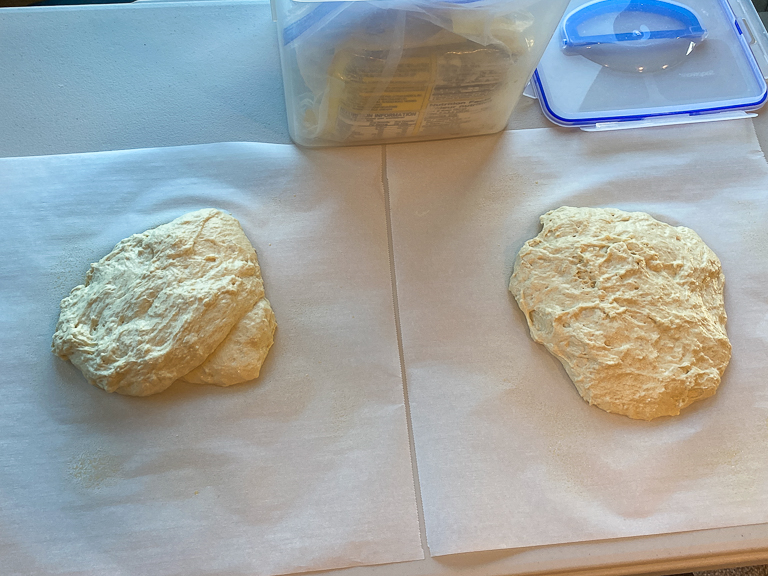 For my other toppings, I'm going with Cambazola cheese, caramelized onions, and smoked bacon. It does have some similarities to the Napa Rose pizza, I'll admit. 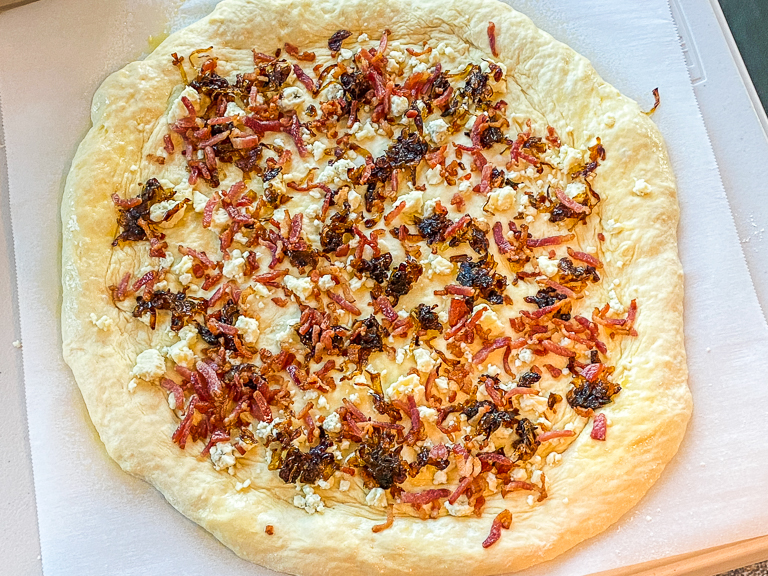 Blueberries won't need to cook for nearly as long as the pizza. This went into the pizza oven for 8 minutes. 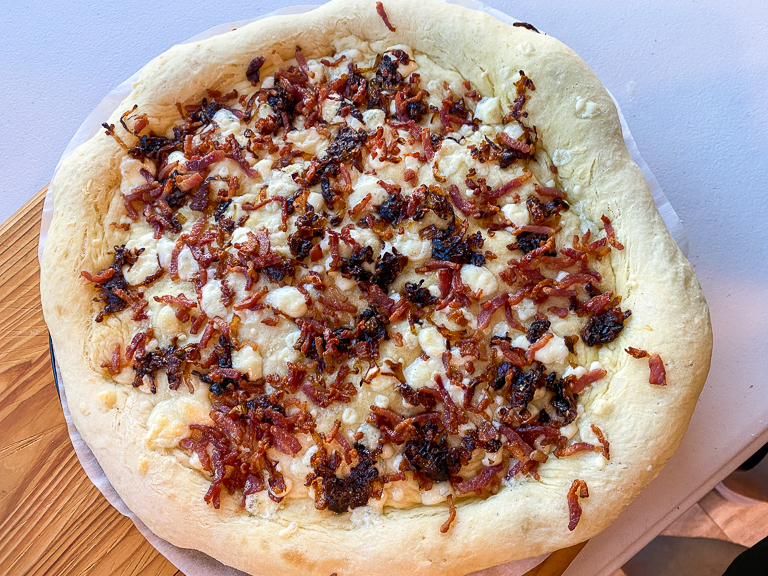 After that time, I sprinkled a couple blueberries on it. Theresa saw it after the fact and was surprised that There were so many on there! This is a blueberry pizza after all! 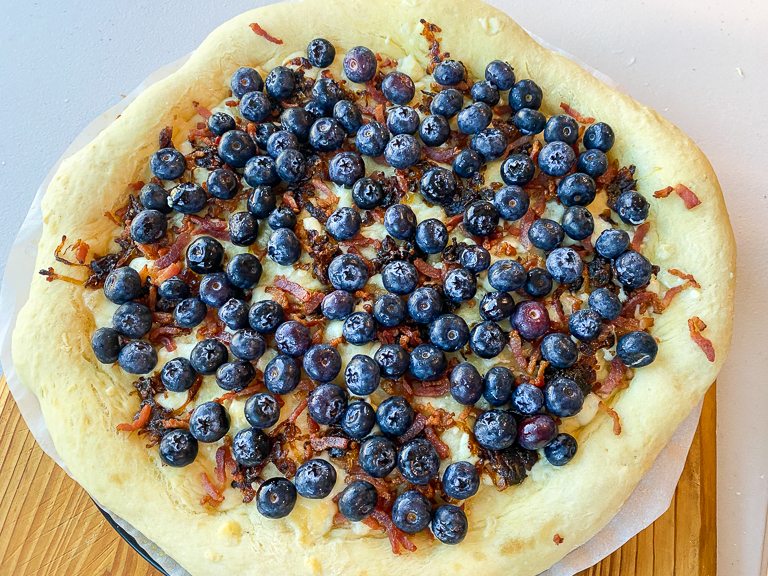 Just 2.5 minutes later it was time to pull the pizza out. The blueberries have changed colors a bit from a blue to a bit more red. 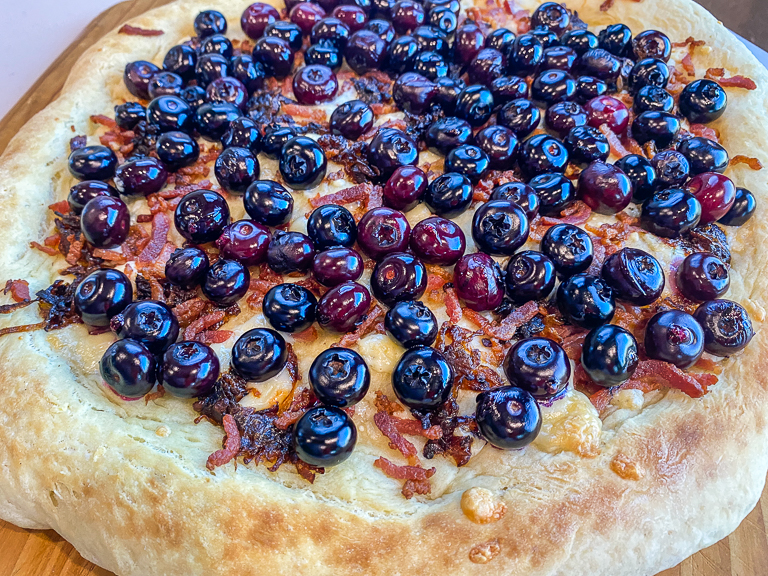 Ian got a pepperoni pizza like usual, but this time I tried to put toppings all the way to the edge so he wouldn't have nearly as much pizza crust to throw away. It worked pretty well. 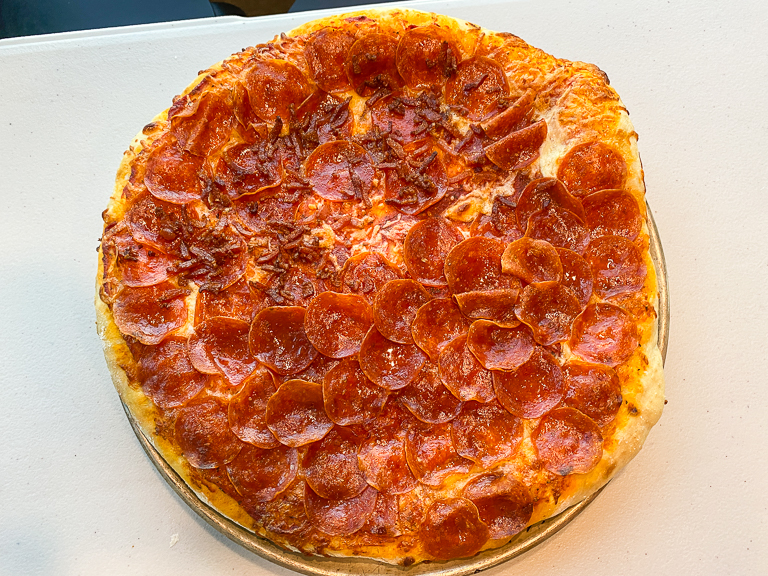 Oh man. Blueberries can STAIN!
I've had this pizza peel literally since college, which was... 17 years ago? Wow, that's a long time. I'm going to have to work for a bit to clean this one off. 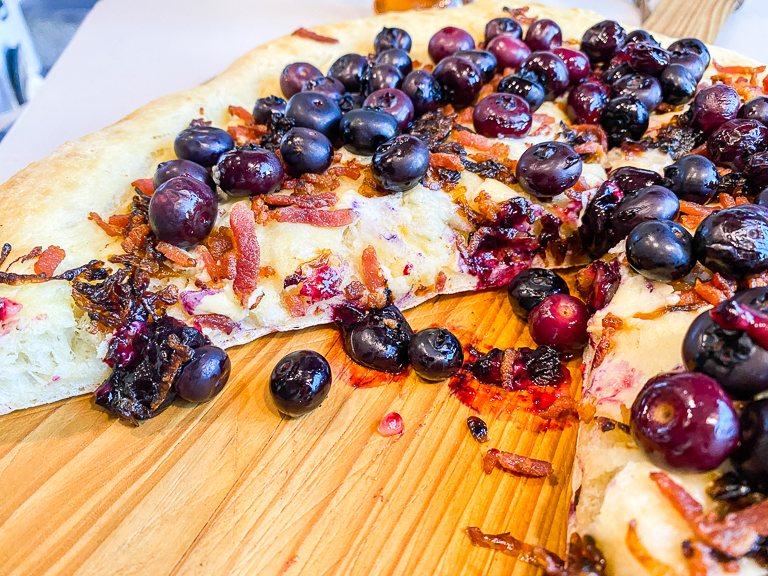 My plate for tonight. 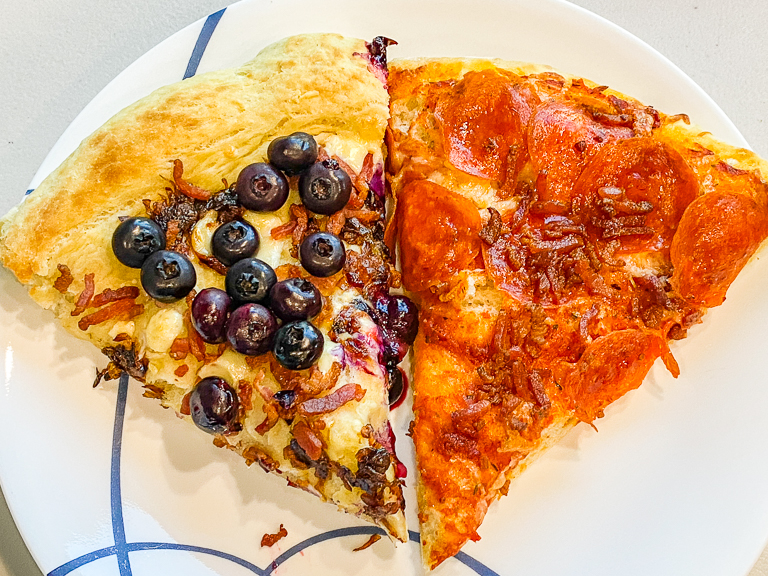 The blueberries were super juicy! I bit into one and the dark juice squirted across the table onto Ian.
Having this many blueberries you could definitely taste them, even through the other strong flavors. I thought the flavor was good. The texture of the cooked blueberries (even for so short a time) could have been better. I wouldn't have thought it, but they were a little mushy. No more texture to them at all.
Theresa thought it was better without the blueberries, and she's still pushing for an entire caramelized onion pizza. Oh well. I still think it was good. 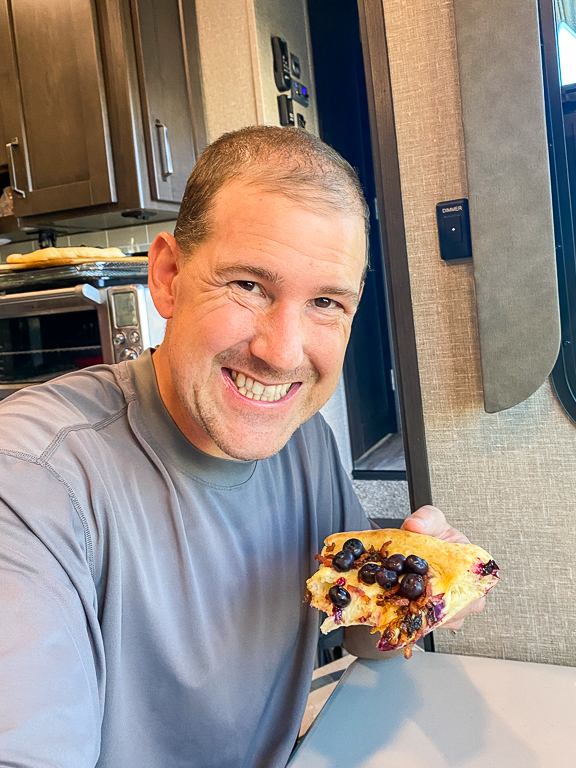