It was just about 2 years ago now that Ian saw "Baby Hot Dogs" on our tablet in the kitchen. He asked if we could make them for lunch back then, so I had both kids help me in the kitchen and do it.

Today when I was going over what we could do for lunch, Ian asked out of the blue if we could do baby hot dogs again. Sounds like a plan buddy! Let's do it! 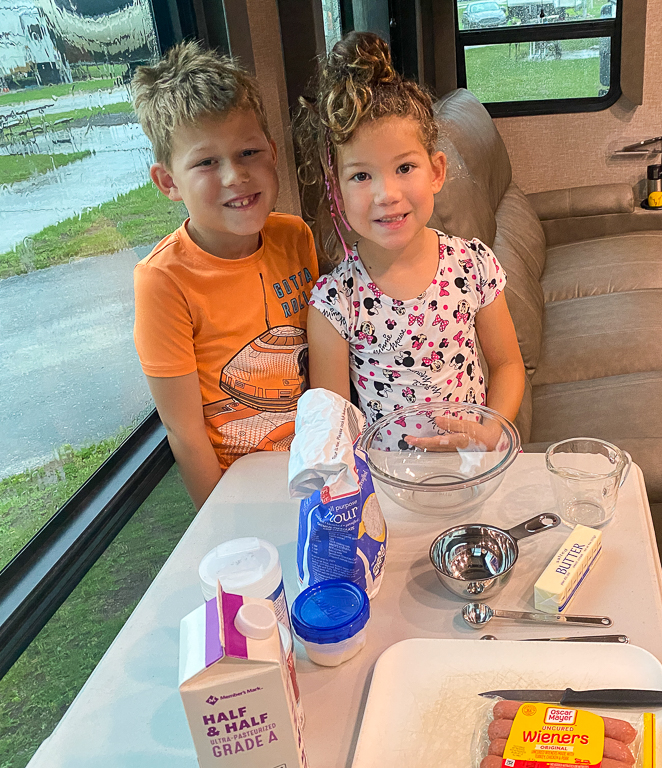 It's a rainy day outside, with storms and wind picking up. It's a good day to be inside. 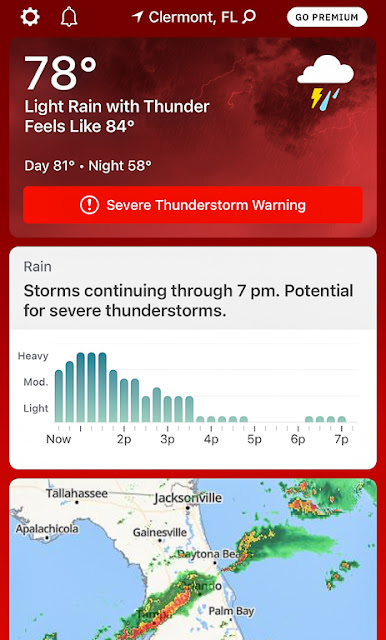 I got out all the ingredients and had the kids do all the measurements into a glass bowl. Alli and Ian even took turns cutting up the hot dogs, both being very careful with the knife. The great part about home schooling is that the lessons can be whatever you want! 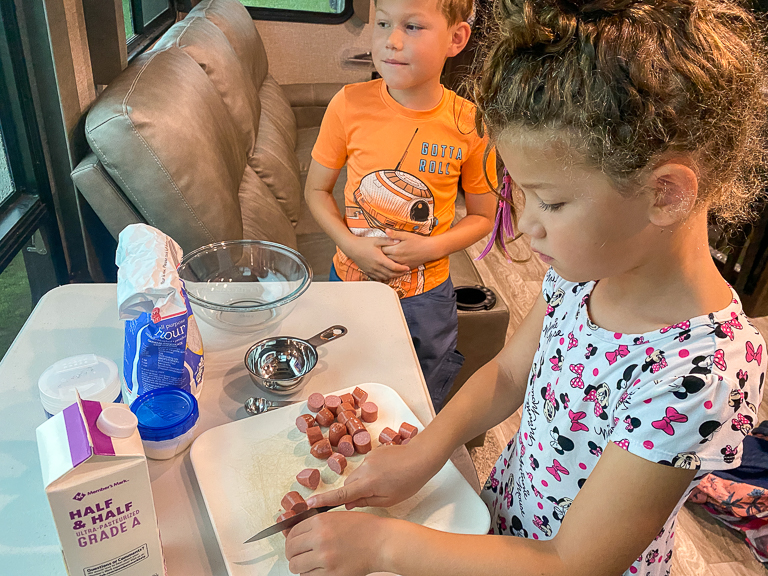 We also learned about "substitutions" and what it meant when cooking. In our smaller RV kitchen we have many spices and ingredients, but no Cream of Tartar. We found that Lemon Juice is an acceptable substitution (something that be used in place of) for Cream of Tartar. We were also out of regular milk, so we had to use Half and Half. Ian said that sometimes substitutions can make things taste even better! 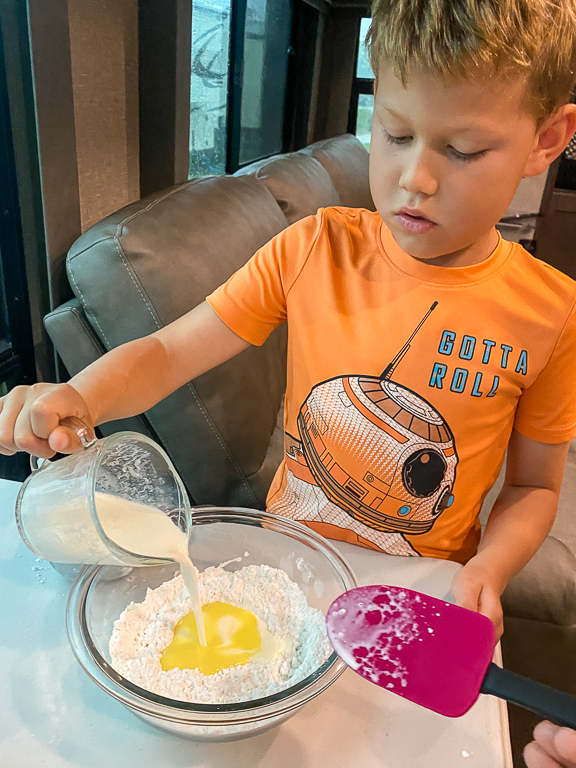 Together they mixed the dry ingredients and the wet ingredients until we had a dough. This recipe makes a quick-bread, which does not use yeast to rise. 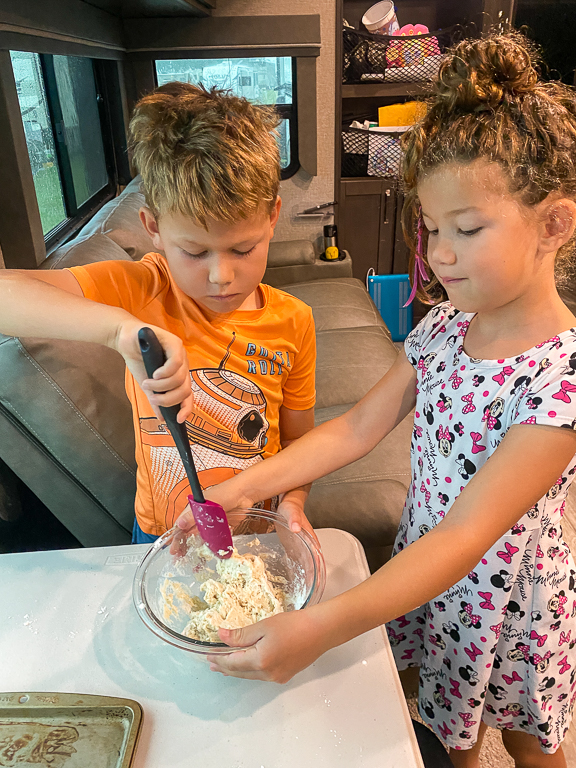 One of the things I wanted to improve upon last time was how the baby hot dogs looked. They were just pressed into the drop-biscuits, and when they baked, they got pushed out. 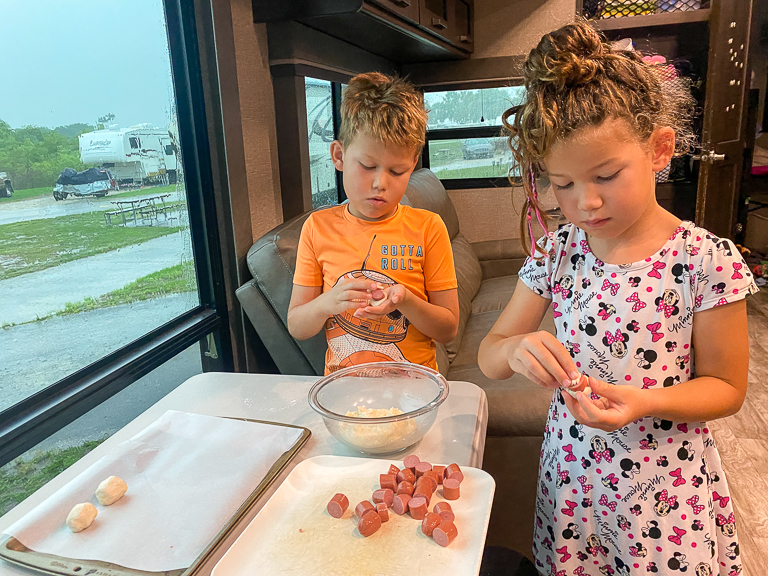 This time, we're wrapping the dough around the hot dogs completely, almost looking like baby corn dogs. All three of us helped to wrap things up. 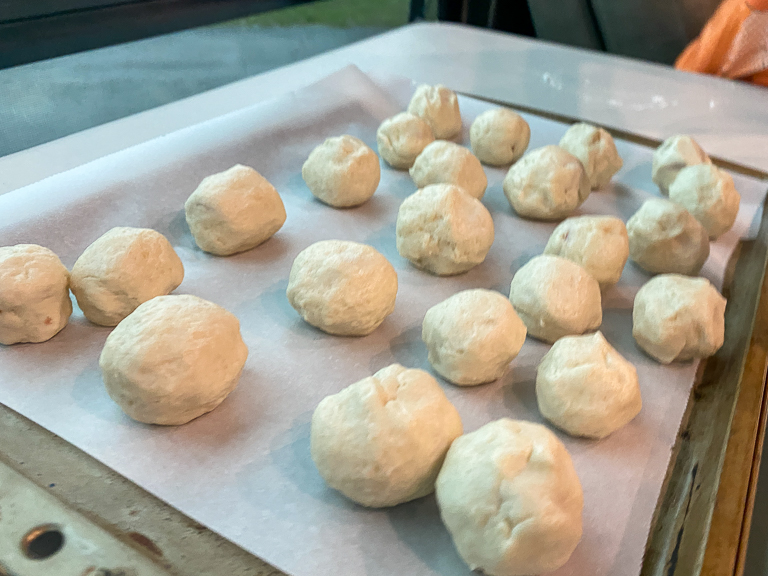 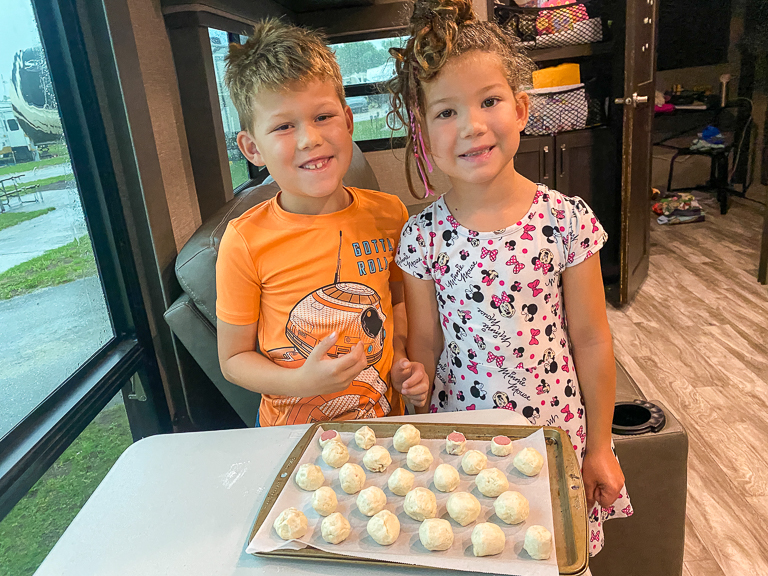 Those are looking delicious! I'm excited to try them again! 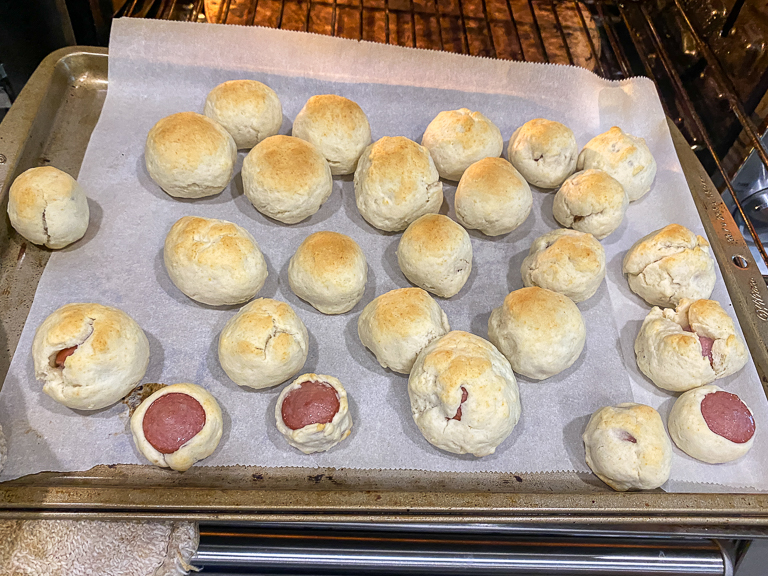 We brushed them with melted butter, then gave them a sprinkle of salt on top. Enough talking, let's eat lunch! 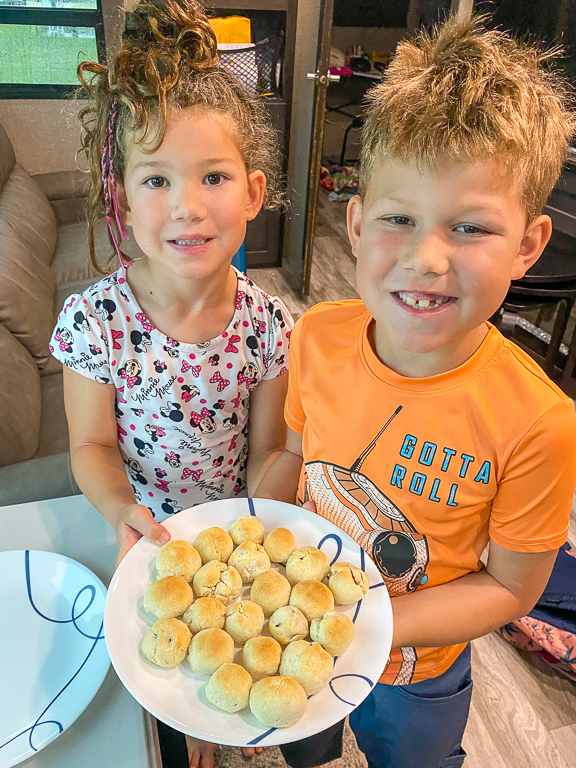 Actually this whole plate is for the kids. Four total hot dogs, plus biscuit dough, which is more than a hot dog bun would be. I told them that I thought their eyes were bigger than their stomachs, but they proved me wrong and ate everything on the plate, as well as their yogurt and cucumbers. I offered them ketchup and mustard to dip them into, but they both refused, saying that they tasted great on their own.
Are they good kids?
Ian - I don't know how to get a better lunch, besides fondue. And maybe braised pork.
I'd say today was a success! Great job Alli and Ian! 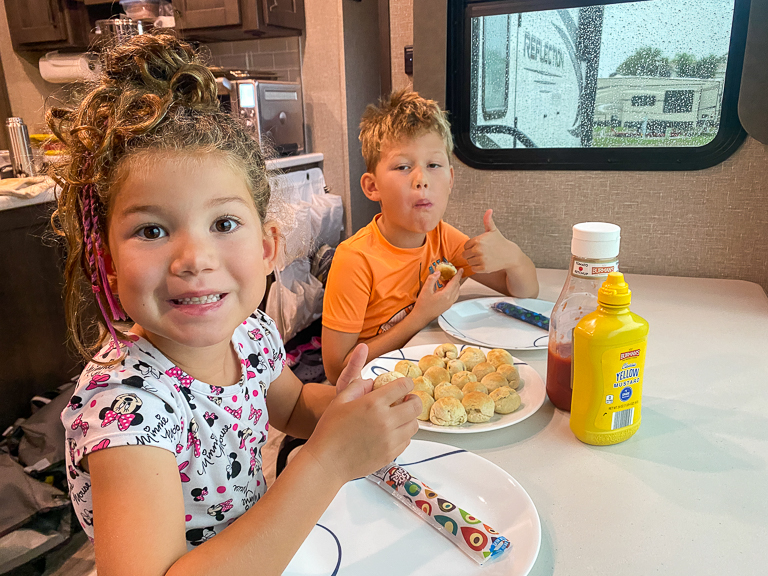