This week we're in Miami, and I'm looking for inspiration for what kind of pizza to make. Earlier this week I made homemade Cubano sandwiches. That's good enough for me! Let's turn it into a pizza! 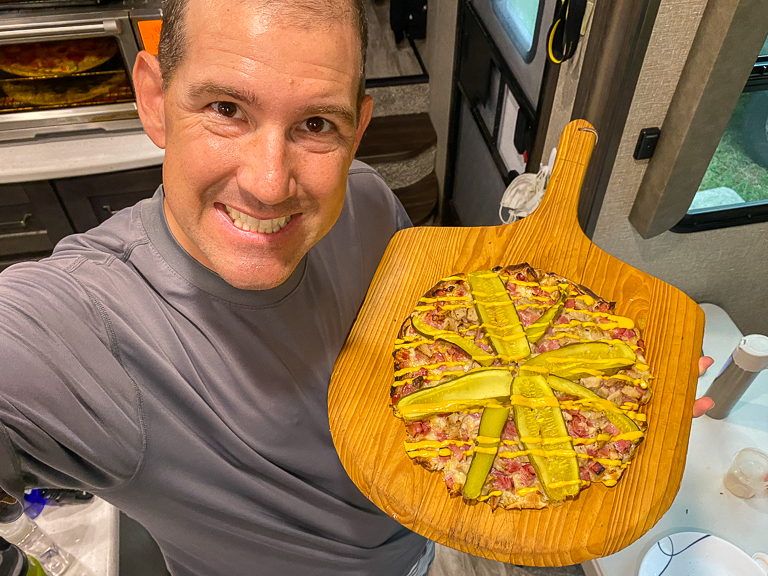 Theresa helped me cut up all the different ingredients. 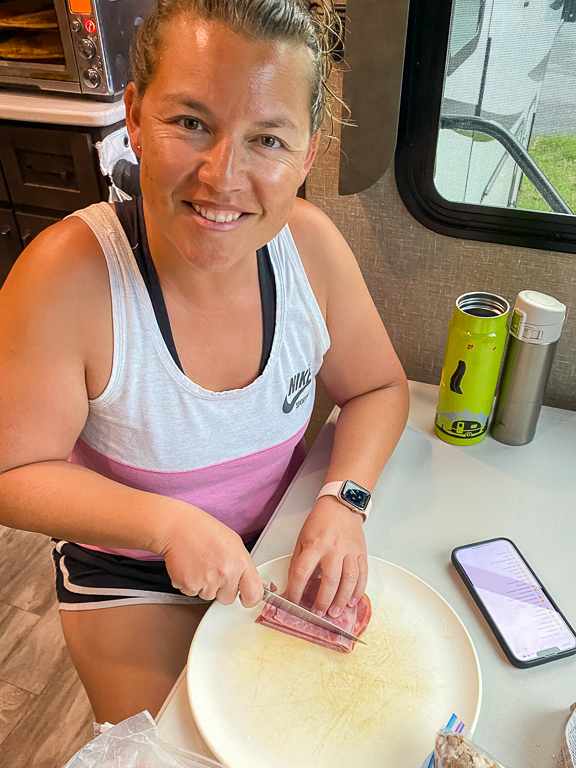 Including lots of melty Swiss cheese. 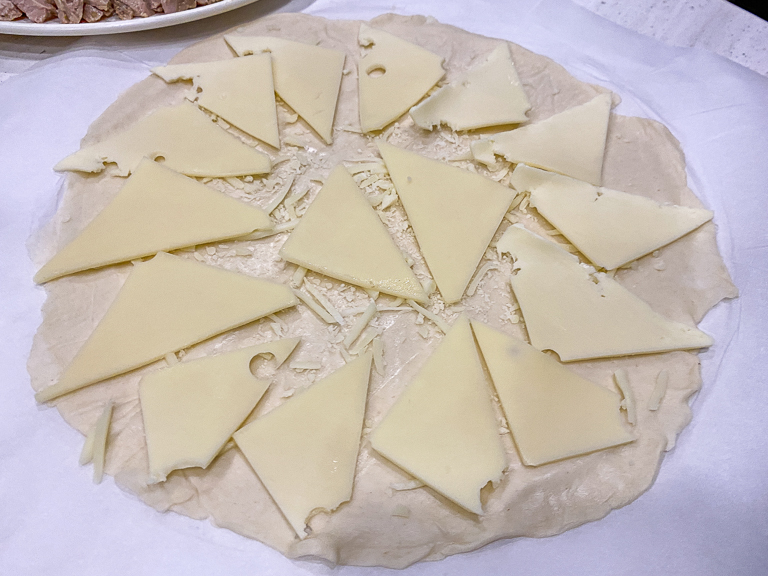 Cubano sandwiches are piled high with meat, so there's not just a sprinkling of ham going on this pizza. It's a lot! 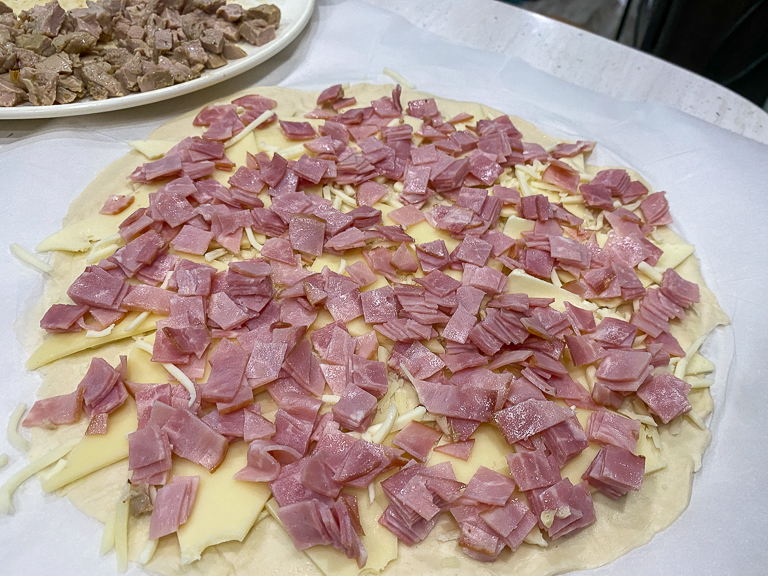 And there's two kinds of pork that go into a Cubano sandwich. Earlier this week I made pork tenderloin with a citrus and garlic marinade. 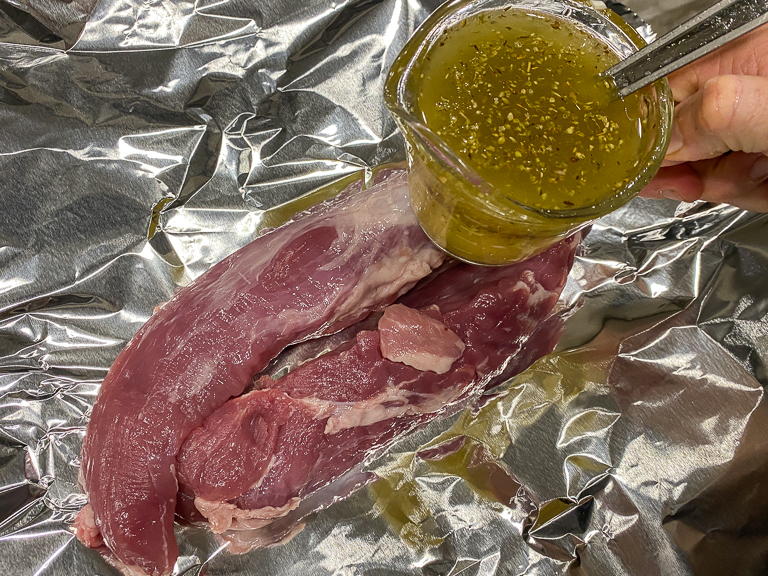 I saved some of the leftovers just for this! 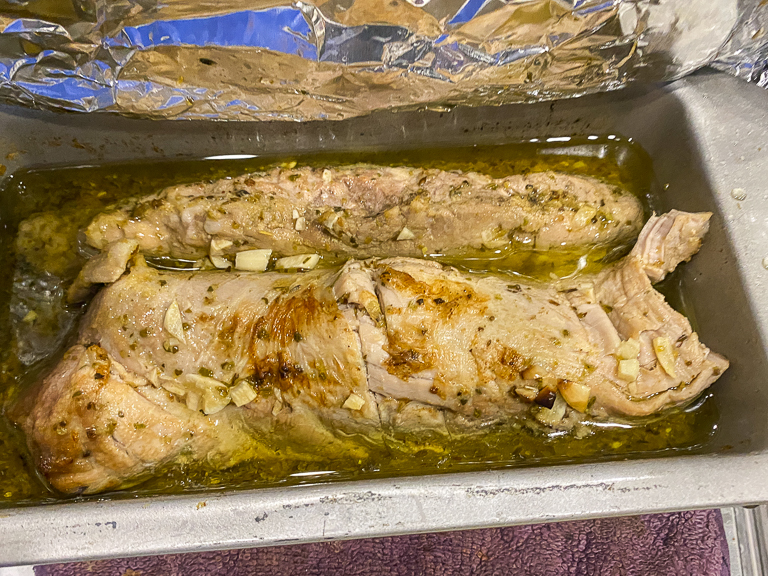 The pork tenderloin went on top of the ham and then dill pickle slices topped it all off. Theresa was concerned that with so many toppings that the bottom wouldn't crisp up like it needed to. 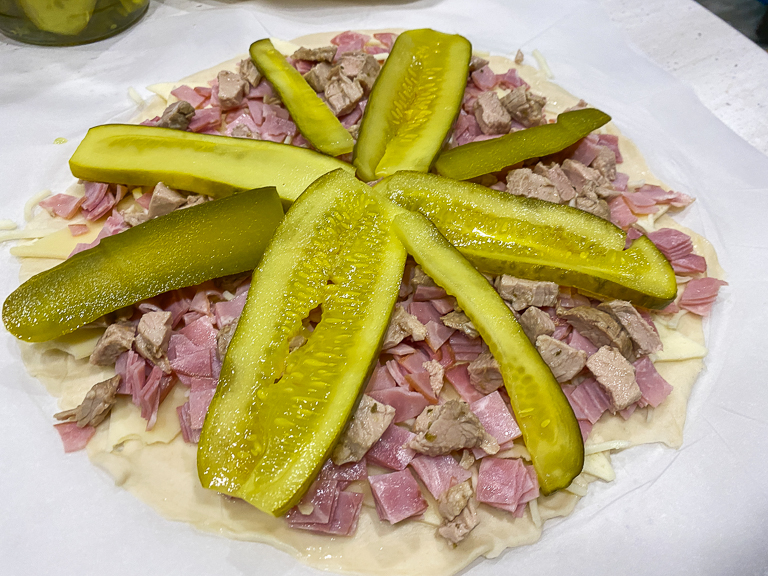 I left it on the bottom rack of the pizza oven, on top of the pizza stone for a little extra time in order to get a little more cooking time without getting too hot on top. A mustard drizzle is perfect to finish this off. 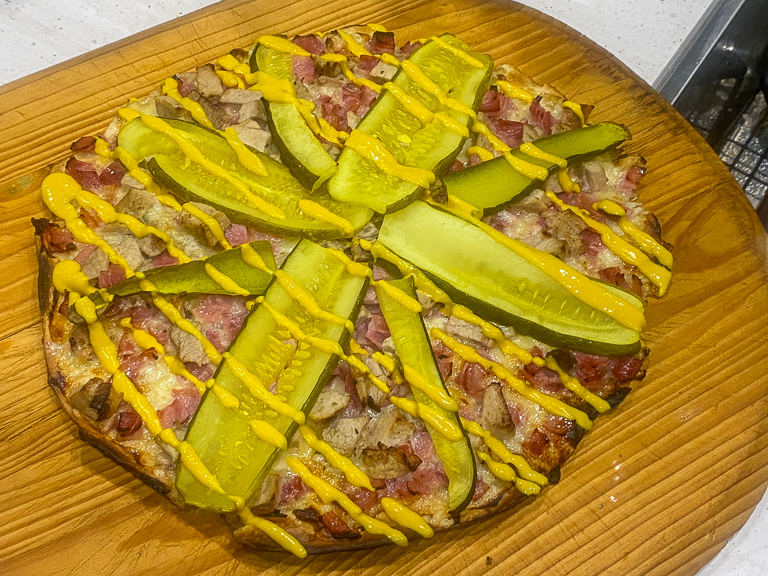 The Cubano sandwich I made earlier this week had super soft bread that I toasted with butter and squished flat. It gave the outside of the sandwich a perfect crunchy texture to go along with the flavors inside. The thin crust pizza has the benefit of being crunchy all on its own! 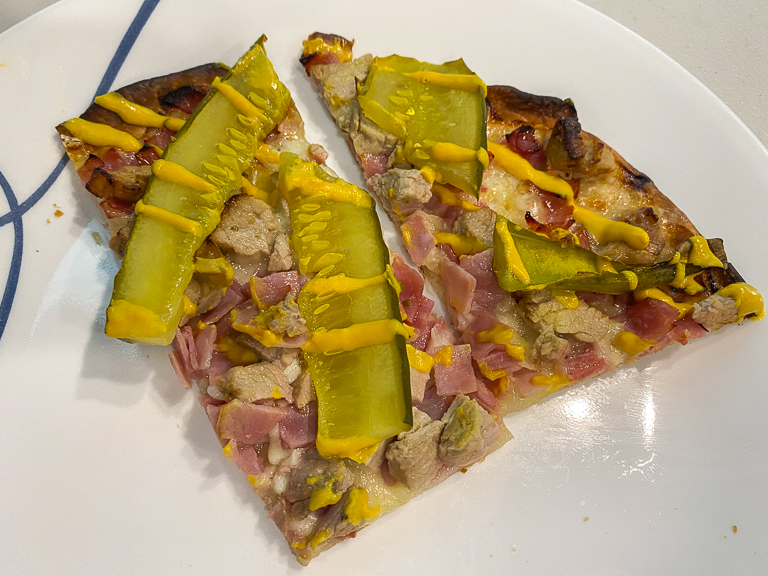 And that extra time in the oven made the thin crust crispy, despite an abundance of toppings.
I thought it was great! Even with the large dill pickles on it. 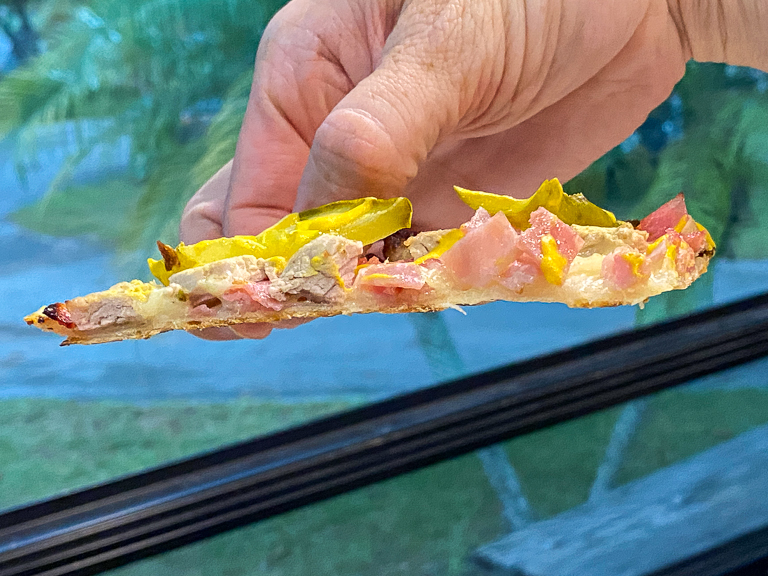 Theresa wanted smaller toppings on her pizza, so she pulled off all the pickles and diced them much finer. After tasting it, Theresa proclaimed that it was just as good as the sandwich, but it had the benefit of having fewer calories! 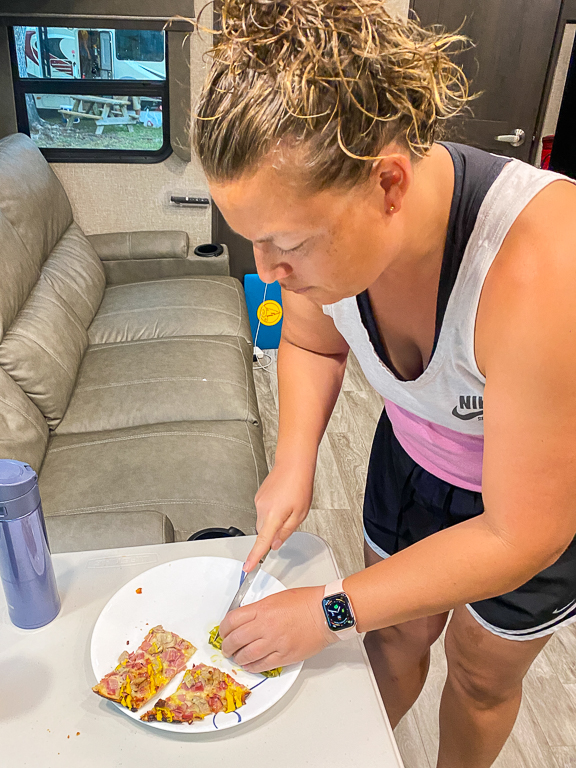 And Ian who loved the Cubano sandwich said that he liked this pizza too. Maybe not quite as good as the sandwich, but still good. 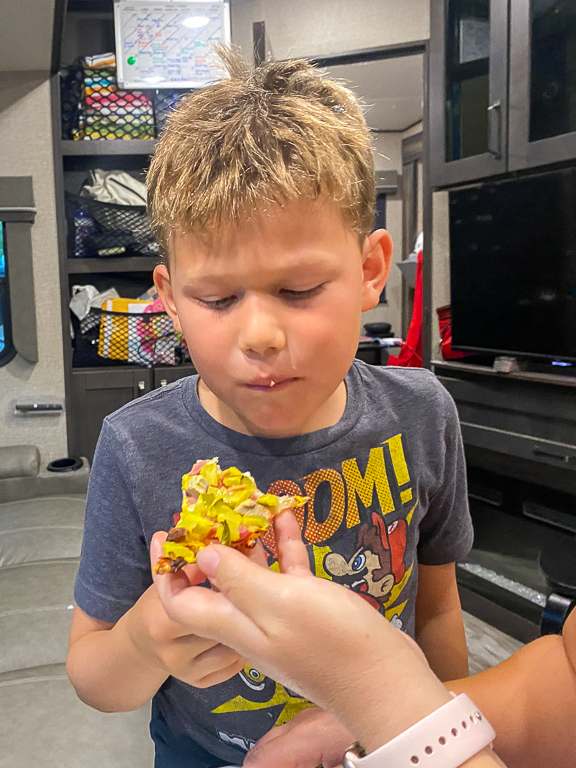