Exciting times! Ian came into my bedroom this morning, letting me know that he had another loose tooth! It must not have been loose for long, but he was determined that it was going to come out that same day! 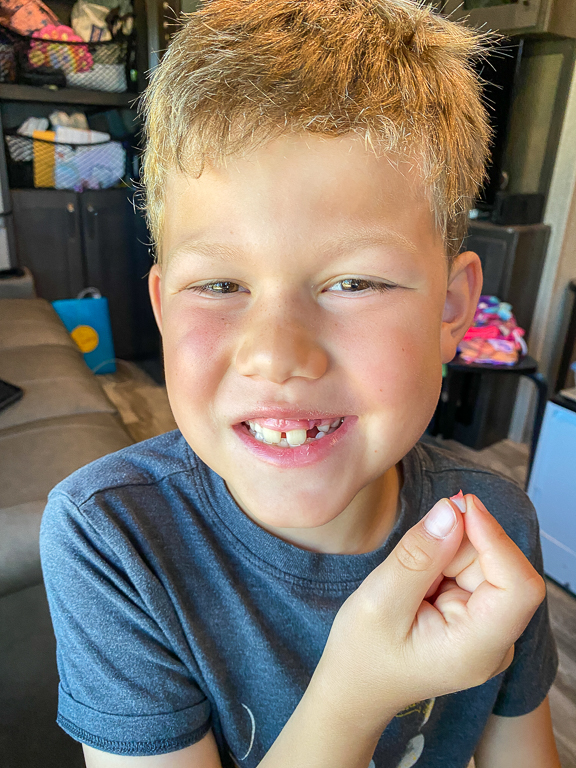 Let me get a before picture buddy! Those baby teeth sure are looking smaller and smaller as you get bigger and bigger. 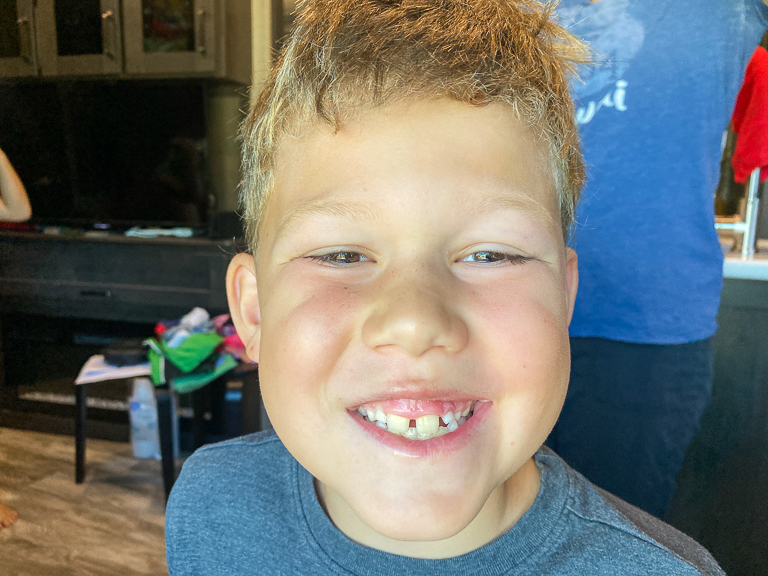 The big question today though is who gets to pull it.
He's pretty good about letting anyone give it a try.
It's been nearly a year since he lost his sixth tooth, and that was all the way back in California. This is the first tooth to be lost in Florida! 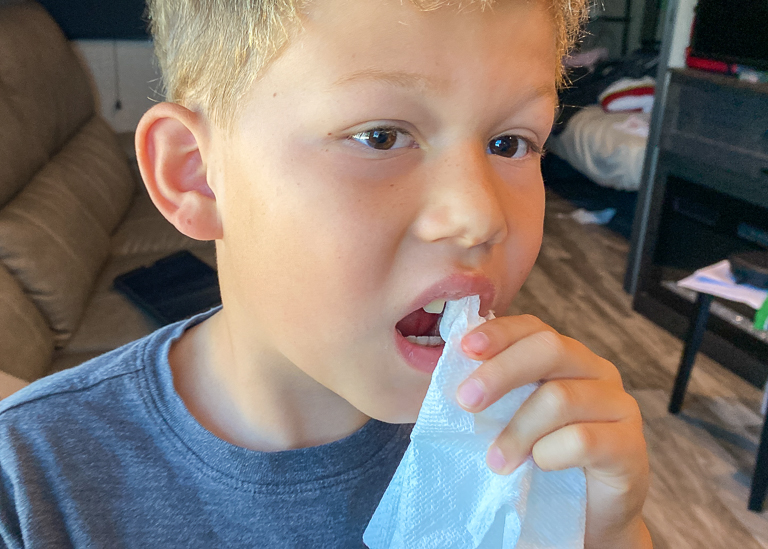 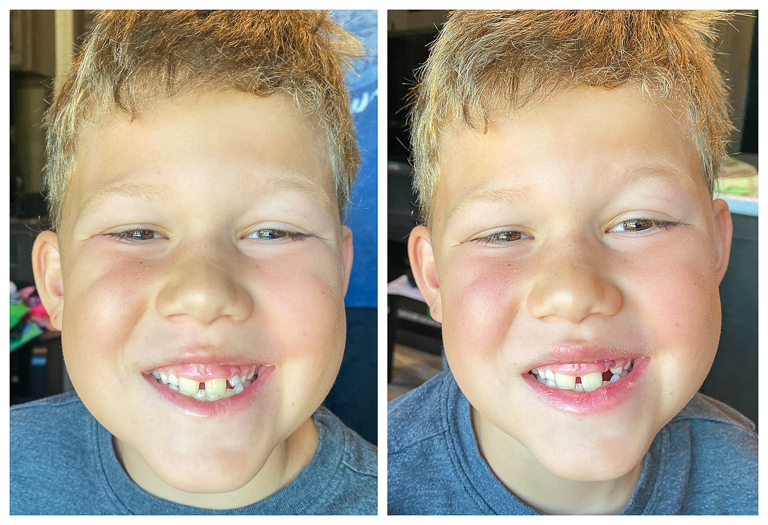 Just a tiny little tooth. You're so tough Ian! 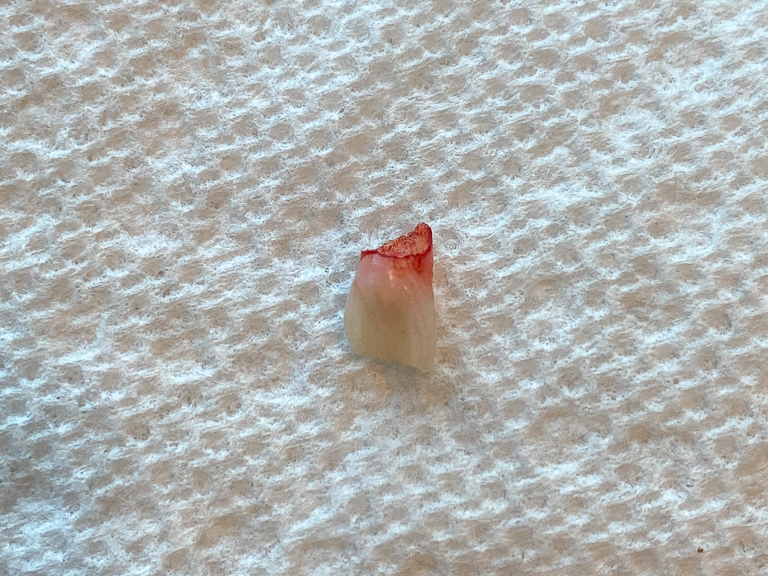 He put it under his pillow that night... 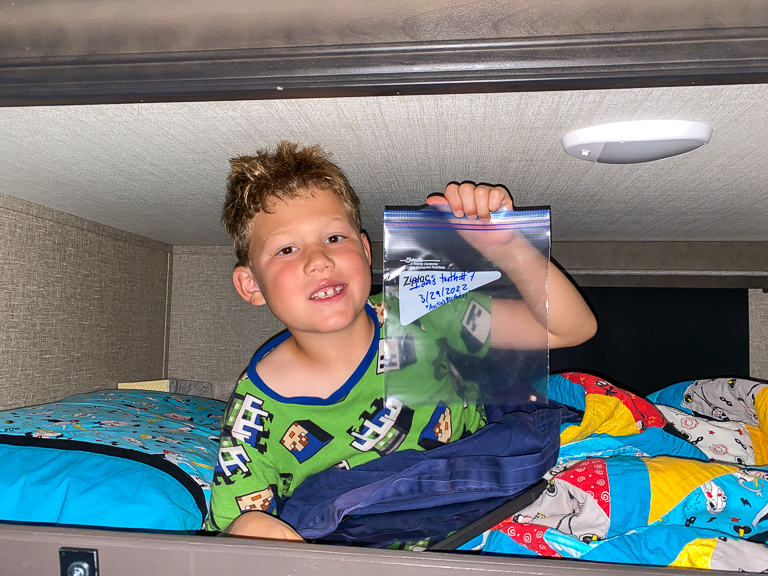 And in the morning came up with a note and money! He said that he had questions for the tooth fairy, but didn't get a chance to ask. Like if the Tooth Fairy is a boy or a girl. We've learned that fairies can be either, but what is the tooth fairy? I told him next time he needs to leave a note of his own. Then maybe he'll get answers. 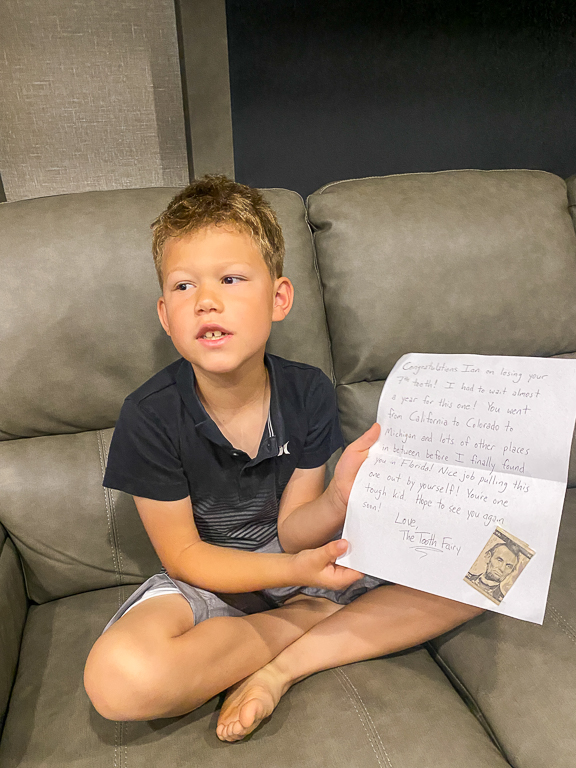 The tooth fairy's handwriting looks very familiar. The kids have started to expect these notes. The tradition continues! 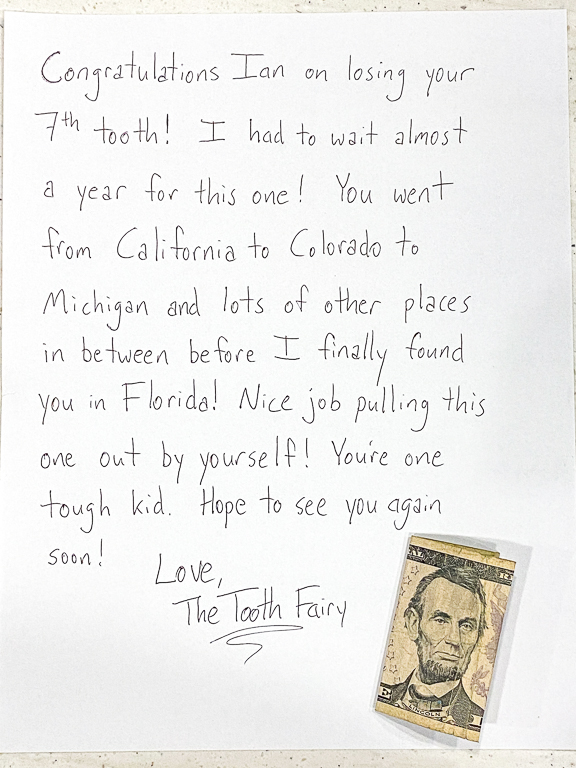 This is Lateral Incisor G.