Sometimes you just get to wondering. You've got different versions of things that all are supposed to taste the same. But do they? Curiosity is getting the better of us today and we just have to taste it and see for ourselves. Which is the best Mountain Dew? 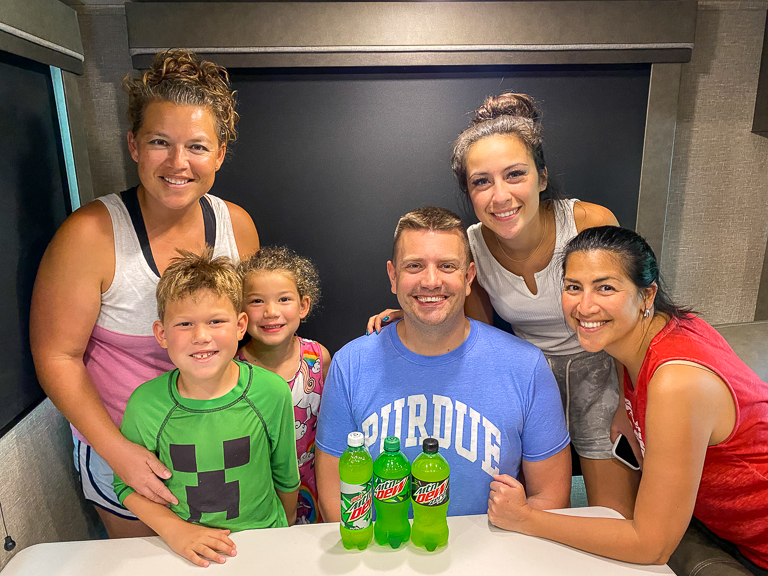 That's what we're going to figure out today in our quest to find out which Dew is the best! 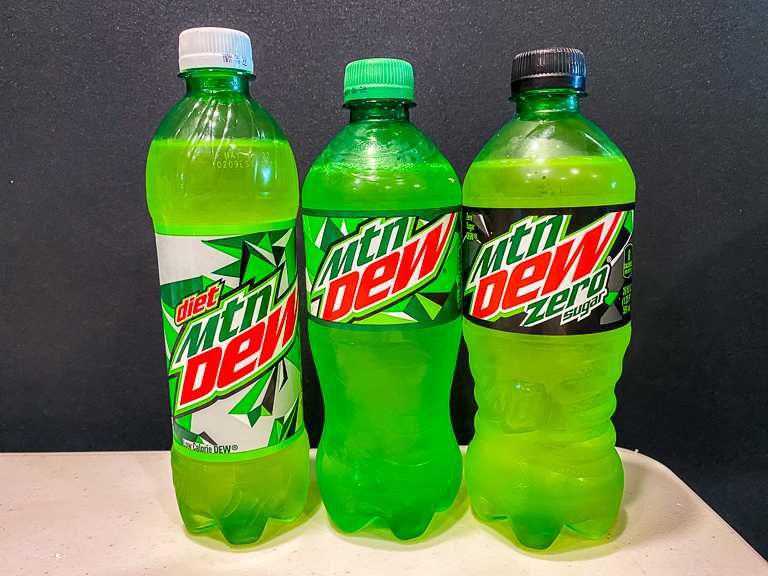 The labels on the back show the major differences. The biggest difference of course being calories. One bottle of Original Mountain Dew has 290 calories. Diet Dew has 5 calories, and Dew Zero Sugar has none. The caffeine content of these is 4.5 mg per ounce for the Original and Diet, and 5.65mg per ounce for the Dew Zero Sugar. They want to make sure you're buzzed! Compare that to say Coke (2.8mg per oz). But still not as much as coffee which has 11.9 mg per oz. 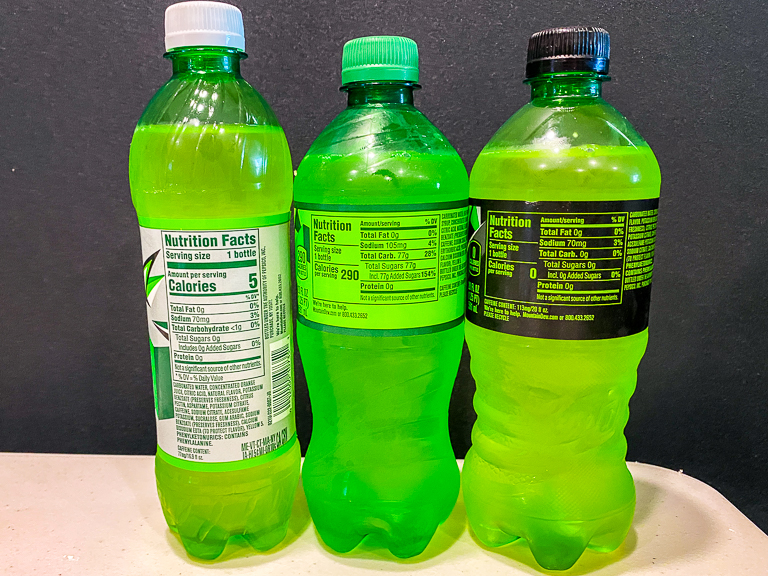 These have all been in the fridge together for a few days, so there's not any significant variation in temperature. The color for everything looks to be the same. 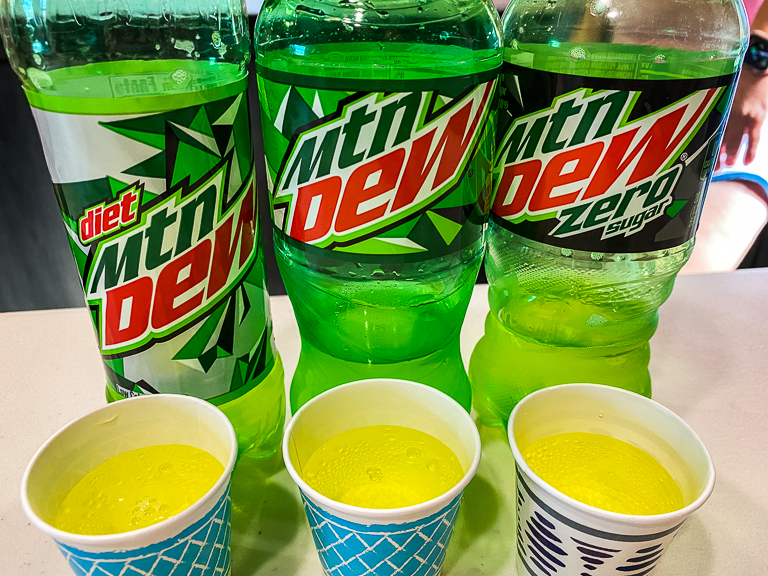 To do this taste test, I'm going to have everyone do a blind taste test. I'll pour the soda into a cup and hand it to you, then you take a drink. I'll know what's in it, but you won't. 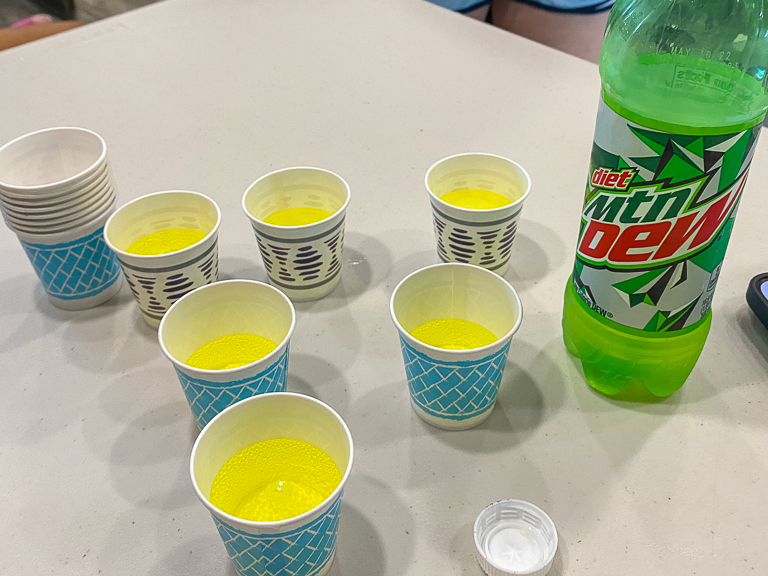 We went through the flavors one by one, with each person thinking about the different characteristics of each one. 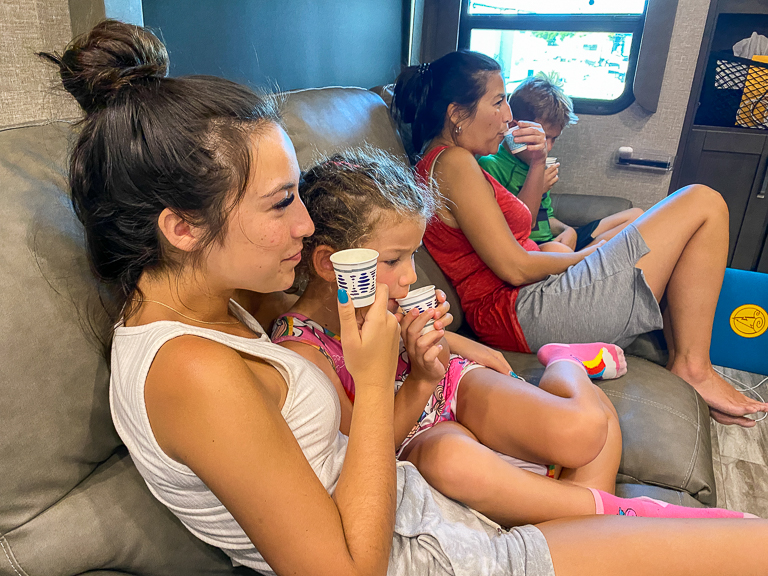 Some people had a pretty good idea which one was which, based on specific flavors. 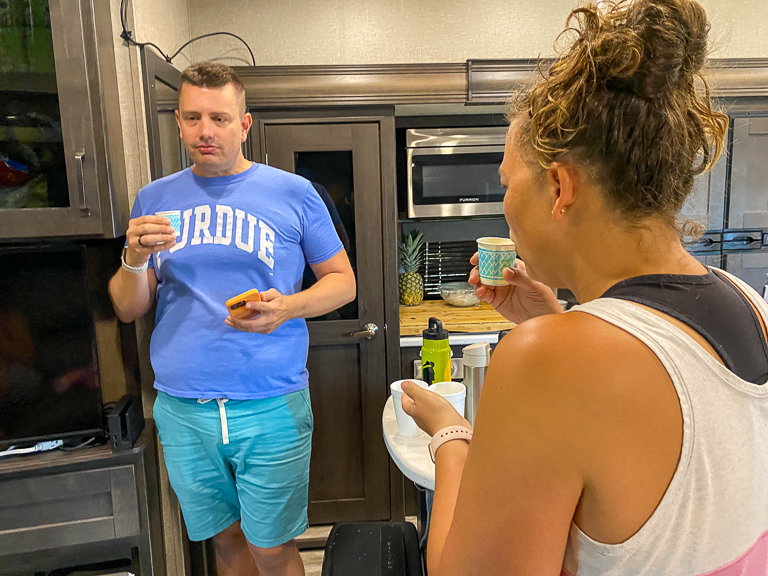 Theresa going back for one more comparison. 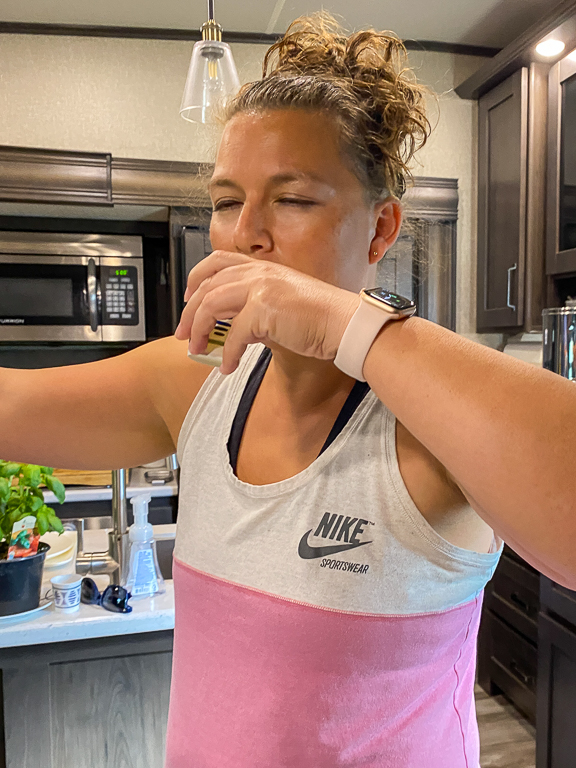 After I finished passing them out to everyone, Theresa poured cups for me and I did my own blind taste test. Alright, I've got my picks. Let's see what we've got! 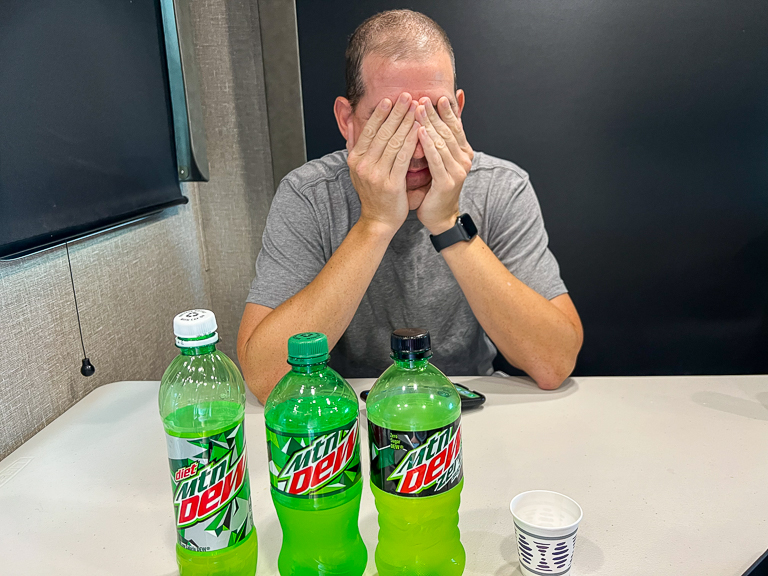 And the winner is???
Of course it's the Original Mountain Dew! Every single person who participated could pick out which Dew was the full sugar original flavor. It's got all the flavor with none of the weird aftertaste. It's just a tasty citrus soda. Theresa tasted it and was really hoping it was the diet version that tasted so good.
So what about the others? How do they compare?
Again there was a clear winner between the two diet flavors. Even though it was missing those 5 extra calories, Mountain Dew Zero Sugar had a better flavor than the Diet Mountain Dew. It was very close to tasting like the real thing.
The Diet Mountain Dew had a little bit more of a chemical aftertaste. Ian said he could taste the bitterness.
Theresa, Jacob, Rita, and Ian were all able to correctly identify which flavor was what in the blind taste test. Aubrey, Alli, and I mixed up the Diet and Zero.
Theresa said that the Zero is a very good substitute for the full calorie Original. 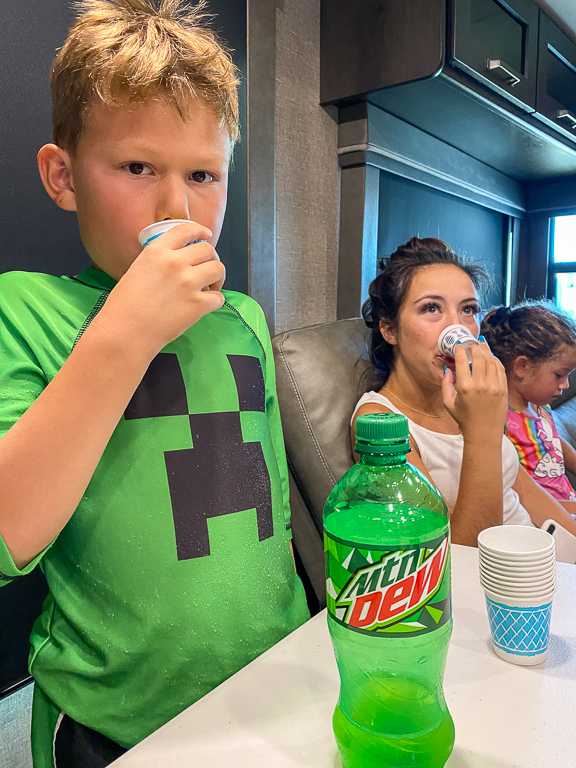