Well after all the fun we had in Miami's South Beach we decided to take our shot at another beach. We read good things and it was actually recommended by another family we met at the pool. It's Bill Baggs Beach. It's ranked 7th and 8th on polls regarding the country's best beaches! Let's give it a try. 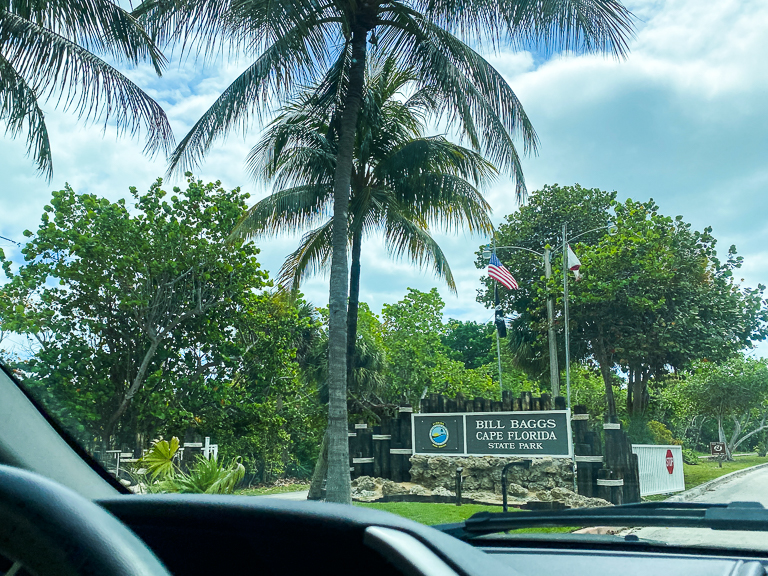 Located on Key Biscayne, it's a little south of Miami Beach where we were at a few days ago. Named after Bill Baggs, the editor of The Miami News back in the 50s who fought to protect and preserve areas in the Keys in their natural state. 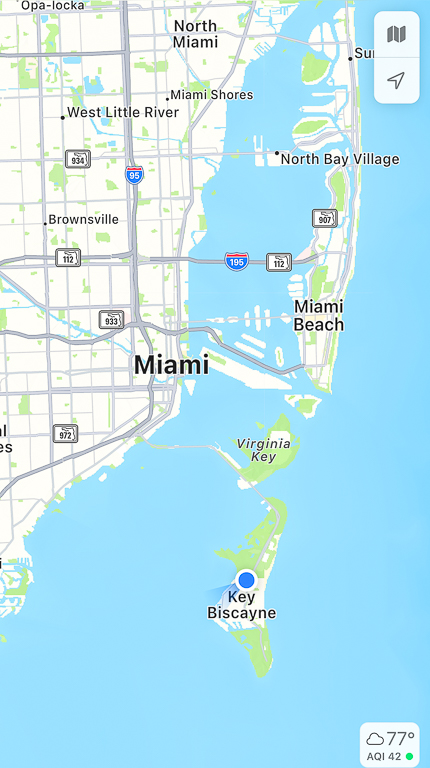 And it's a very popular beach! It was recommended to get there early, but we showed up around 12:30pm. To enter the State Park is costs $8 per car. 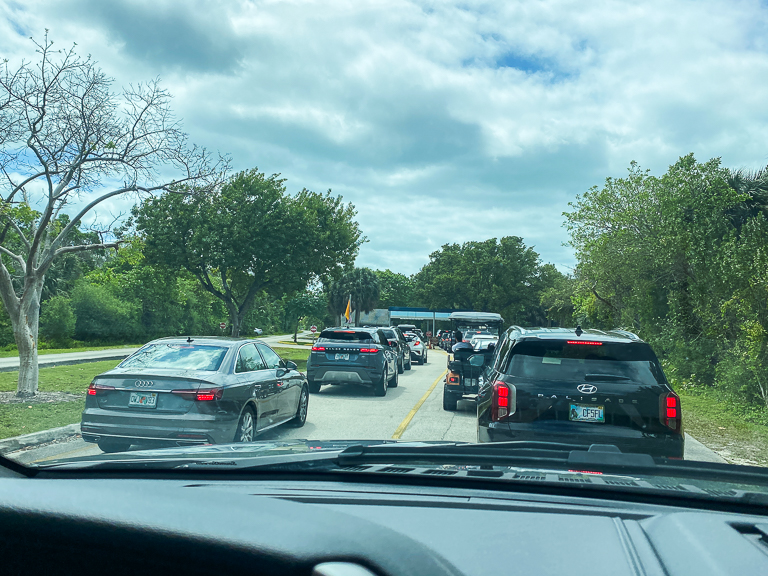 Despite being very busy at the entrance, the parking lot is huge and spacious! I had no trouble finding a spot big enough for the Beast to park in. 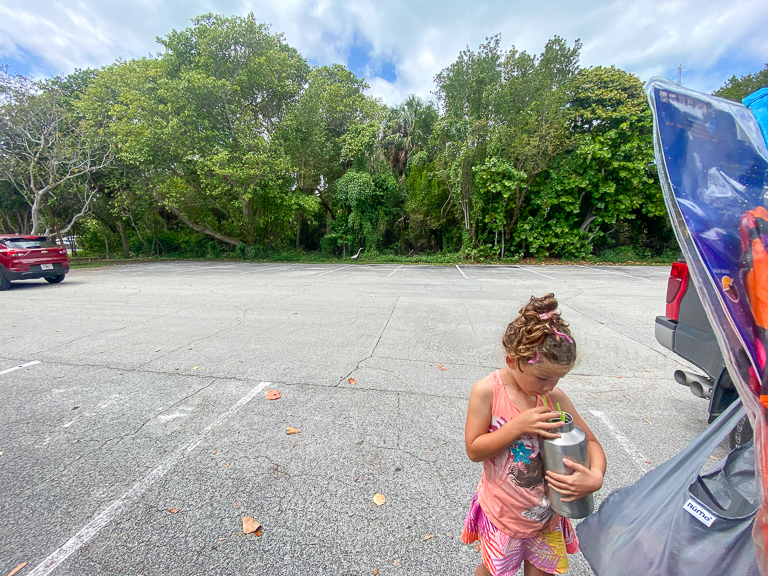 We gathered our things and headed down the walkway to the sand. 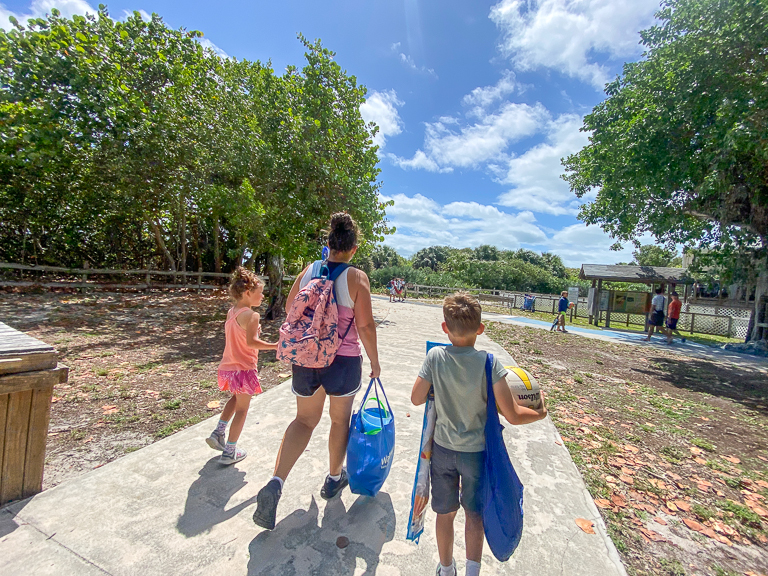 One of the concerns we had today was the wind. The forecast said it was going to be 20+ mph winds, which isn't always pleasant to be out in. You can see the flags are straight out, so yes, it's windy. And while we're on the topic of flags, what do those colors mean? The Yellow Flag means the water is a medium hazard with a moderate surf and/or currents. The Purple Flag means that dangerous marine life has been spotted. We'll have to keep an eye out for that. 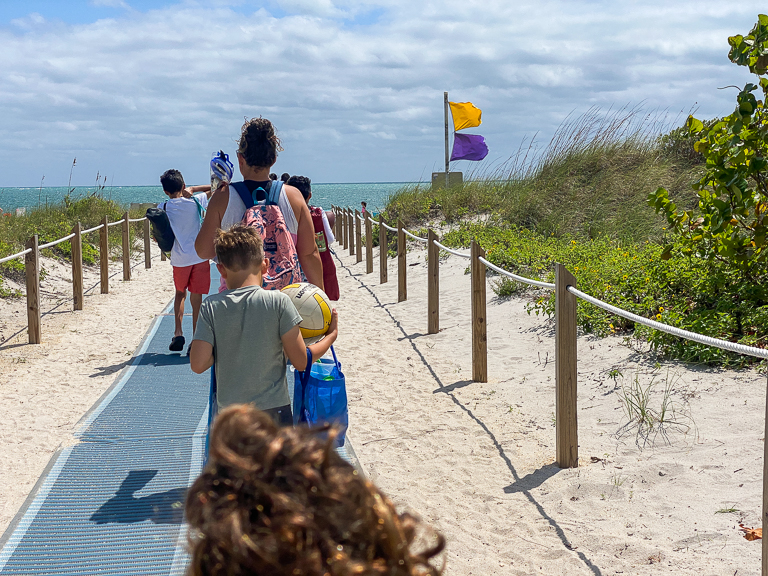 Down on the sand, there's a few people already here. It's a bit crowded, but I'm sure if we walk far enough we'll find a spot. The sand isn't all that wide either. Not like the 100+ yards of sand back in California's Hermosa Beach. 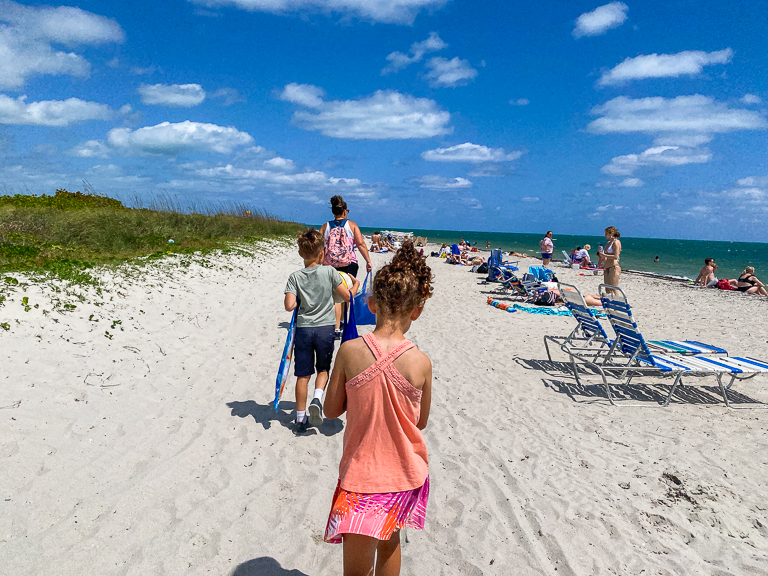 We found a spot to set up our blanket. It's windy so the corners will have to be weighed down with something. 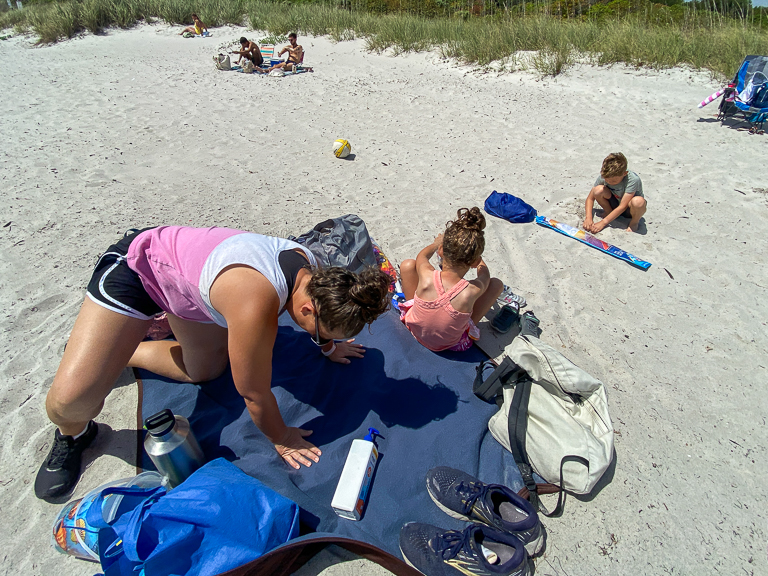 See that lighthouse in the distance. That's the Cape Florida Light. Constructed in 1825, it's the oldest standing structure in the Miami area. 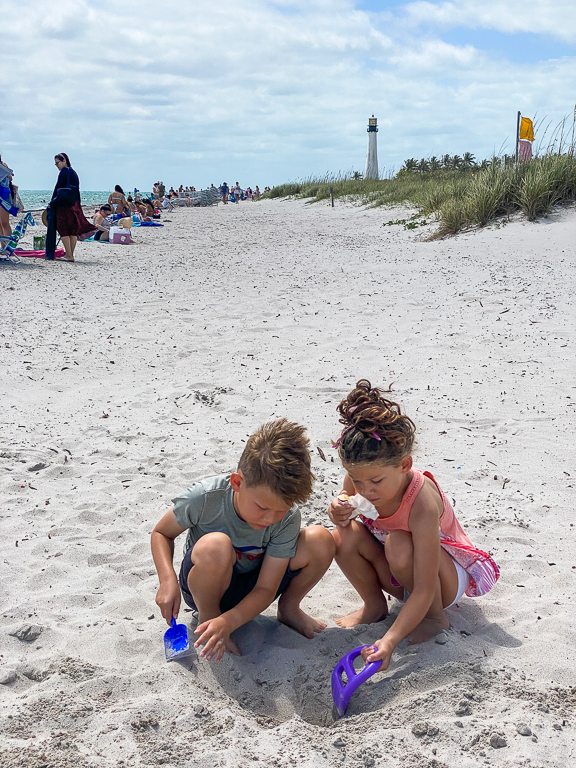 We're going to stay out of the ocean today and see what we can do about digging a great big hole in the sand. The kids and I all got to work digging down as deep as we could. 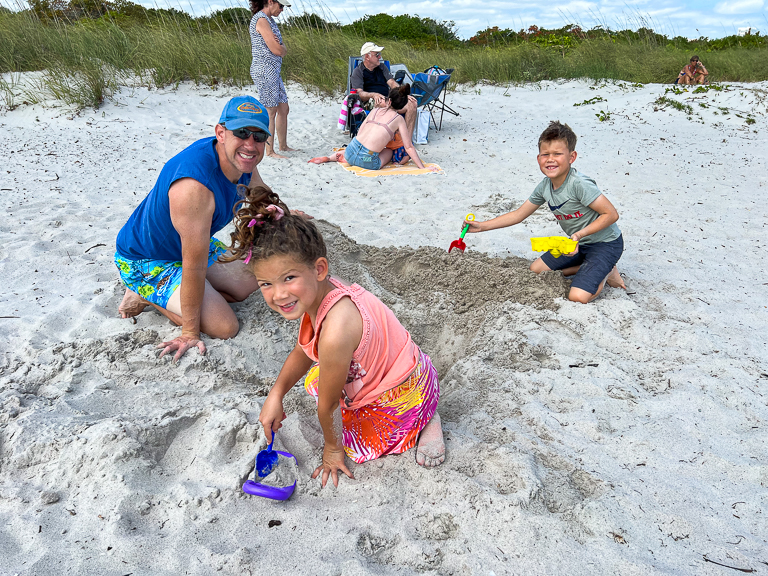 It's starting to get there! 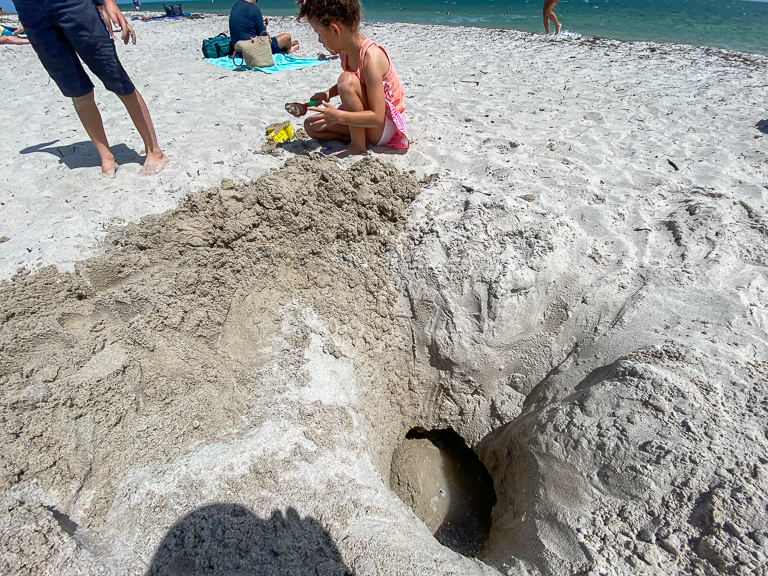 We've reached the water level. Alli said that now we can still go into the water. 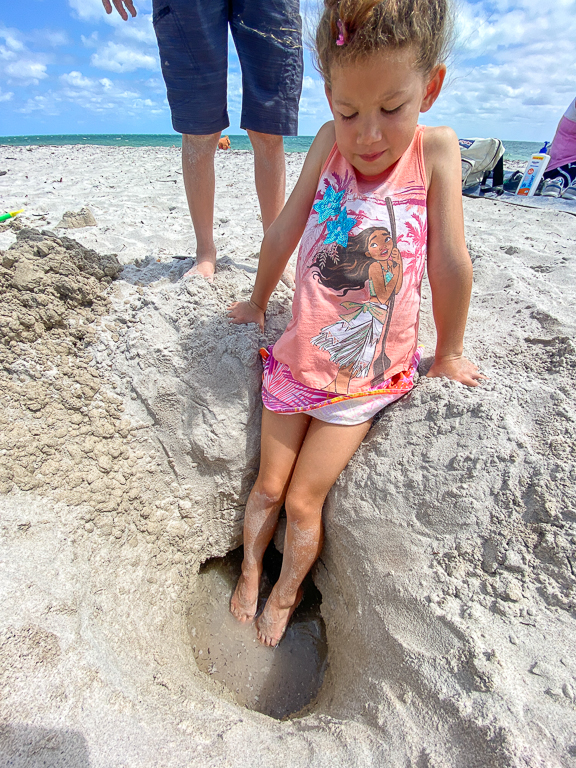 But it's got to be deeper. 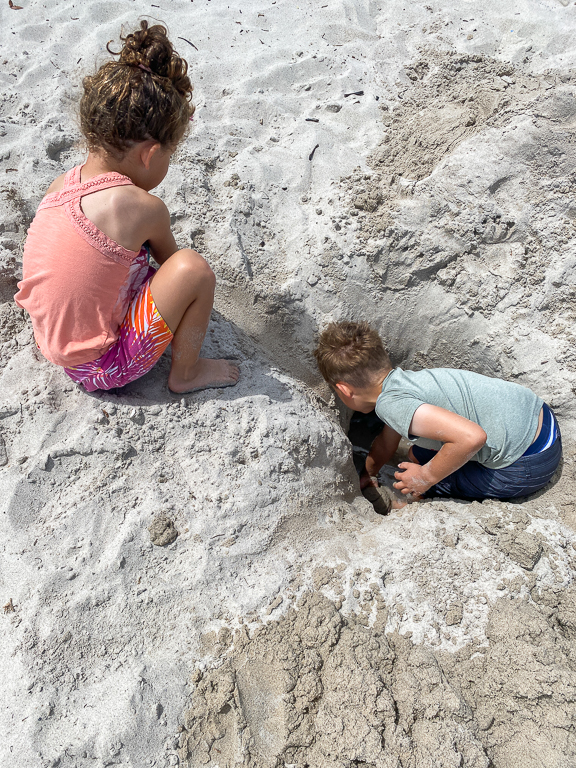 It's been pretty windy here. It's picking up the sand and pelting us with it while we work. 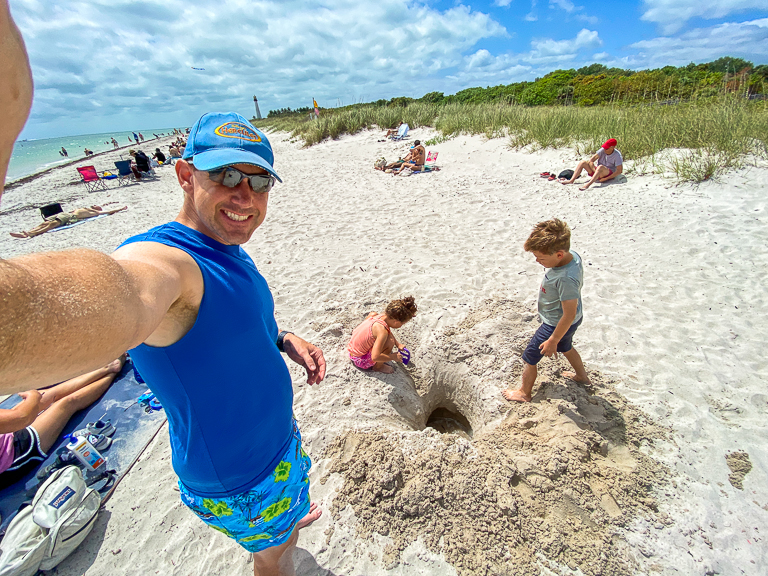 We've got a deep moat and now a castle with a wall around it. 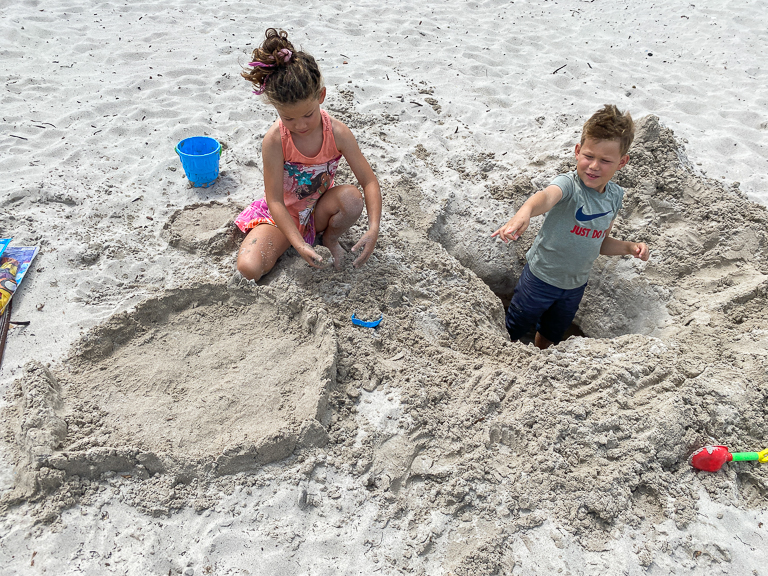 Building a wall around the moat makes it look even deeper. 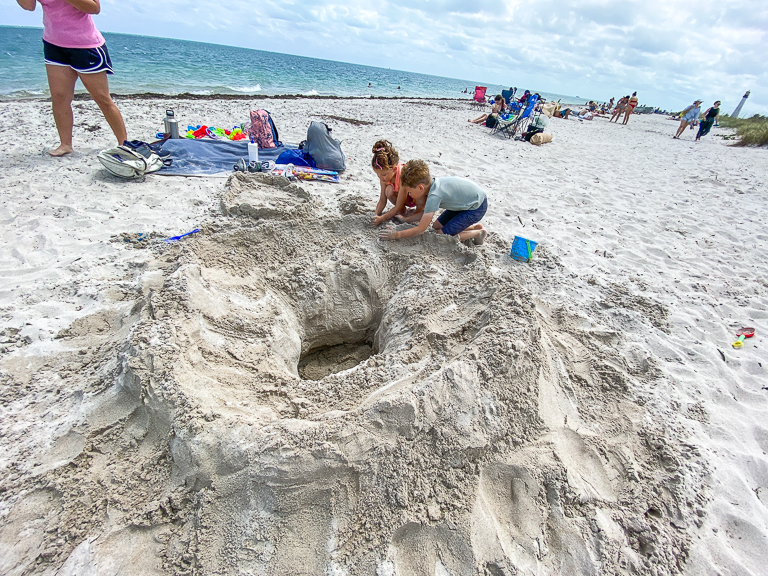 It's about time to leave. Time to fill the hole back in. 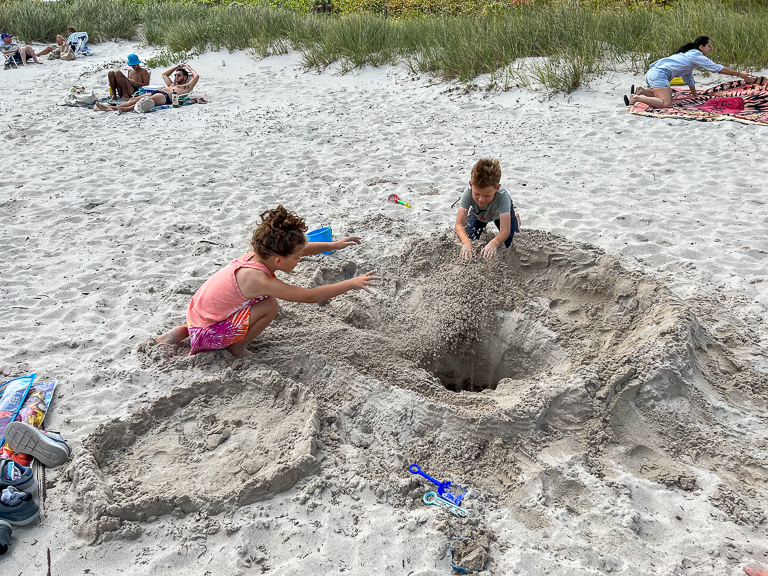 Go stick your feet in the water before we go. 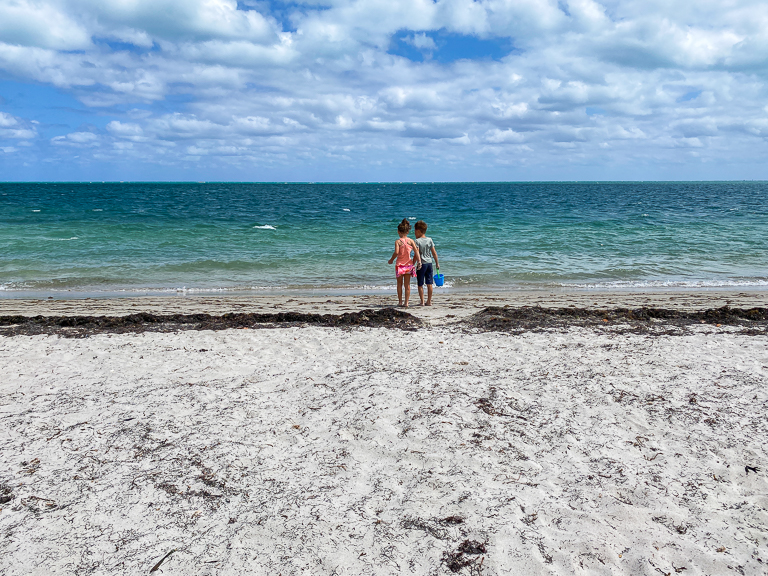 Walking back to the car along the sandy path. Thanks Miami! It's been fun! I'm sure we'll be back in some form next year! Tomorrow we head back to Orlando! 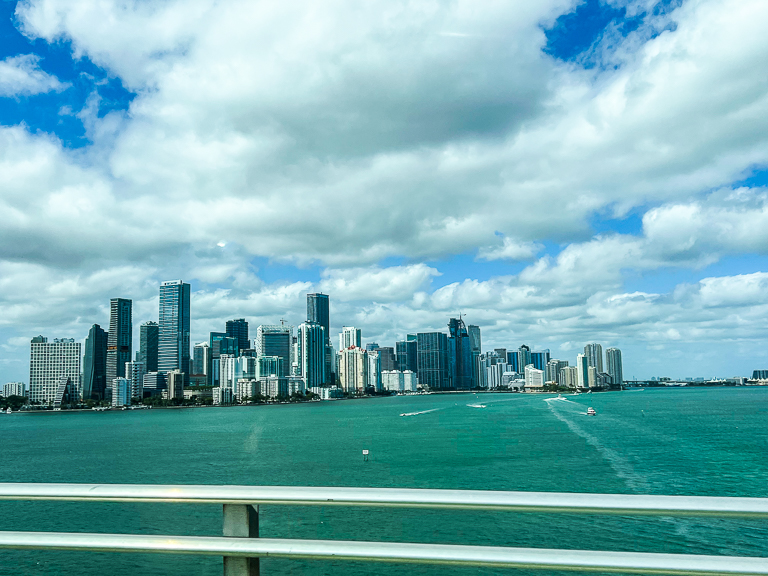