We're in Michigan visiting family and one of the things Ian has been asking for repeatedly is to be able to go out fishing. Non-stop. What day can we go fishing? When are we going fishing? Can we go out fishing?

Well today is your lucky day buddy. Tyler tagged up with a buddy of his and arranged a boat for them to all go out on. Thanks Mr. Joe for letting us go on your boat! Let's go fishing! 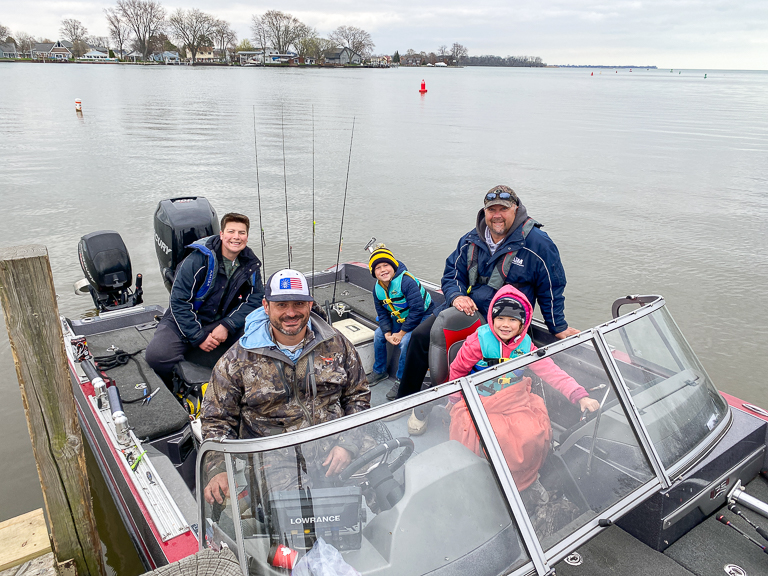 Fish usually bite better in the morning, but we didn't roll out to Lake Erie until 11:30am. Hopefully the fish are still active.
Yesterday we saw some baby ducklings. Today it's baby goslings! So cute and fluffy! 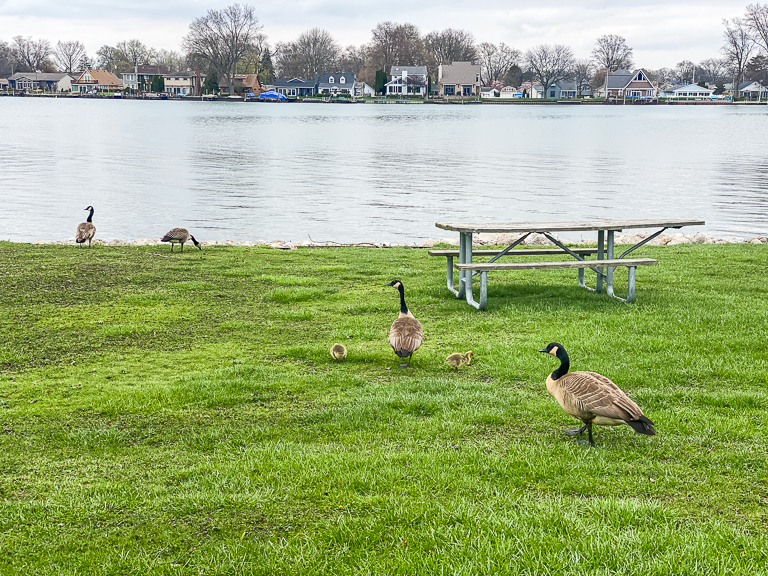 But that's not what we're here for. We're here for the fish! These two fishermen are geared up and ready! 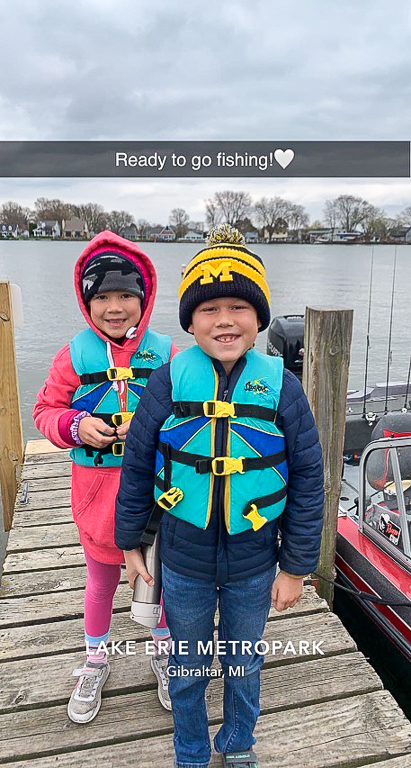 Permission to come aboard granted. It's a little windy, and as a result, a little chilly on the water today. Armed with a bag full of snacks, they were ready to go! 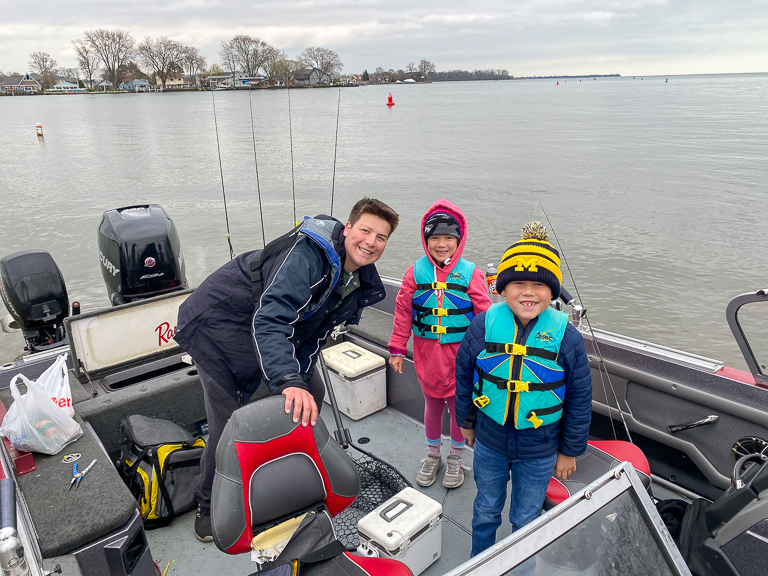 Bye kids! See you in a couple hours! Good luck! 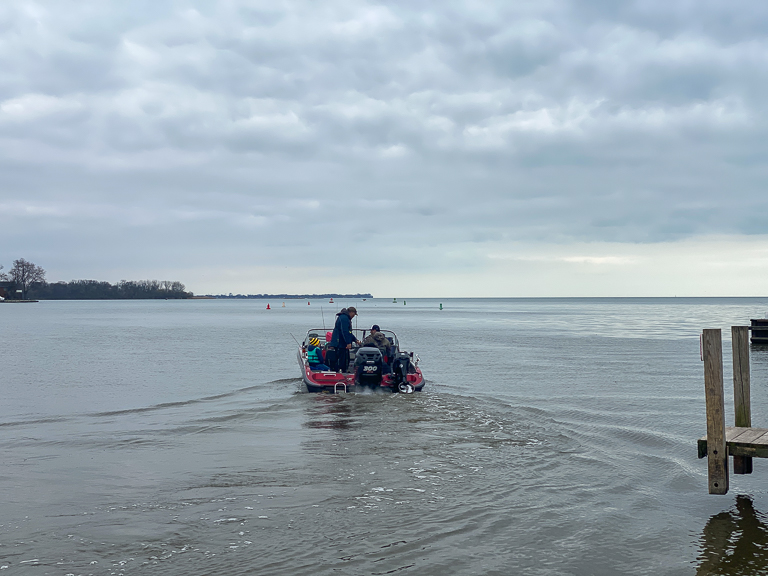 They trolled out to a couple spots where the guys had had luck before. Immediately they started having luck! 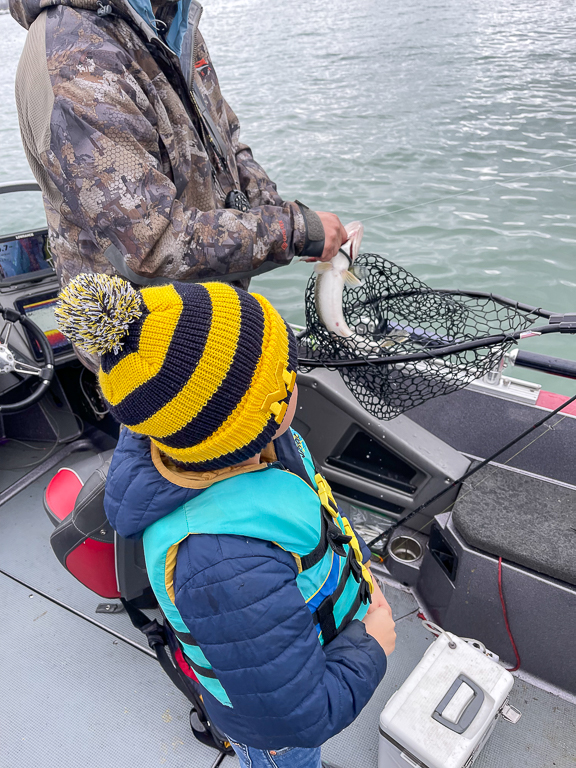 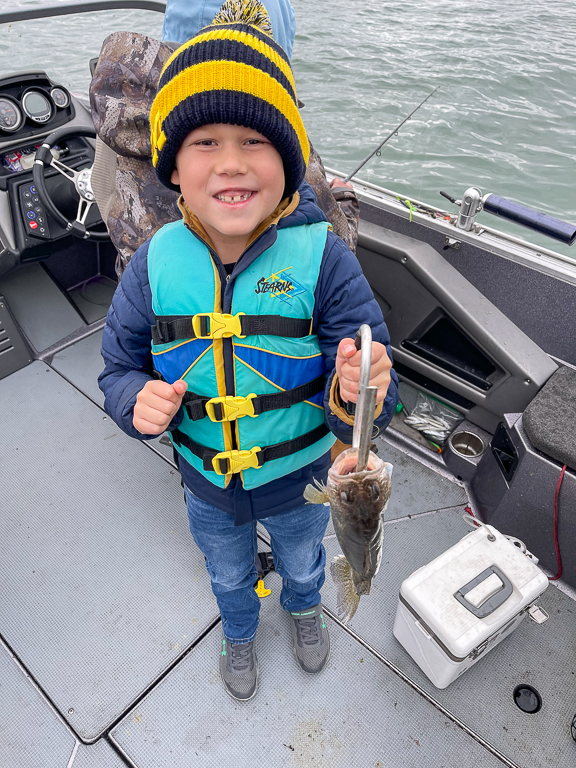 Tyler said that Alli was more interested in all the snacks they brought than the actual fishing. 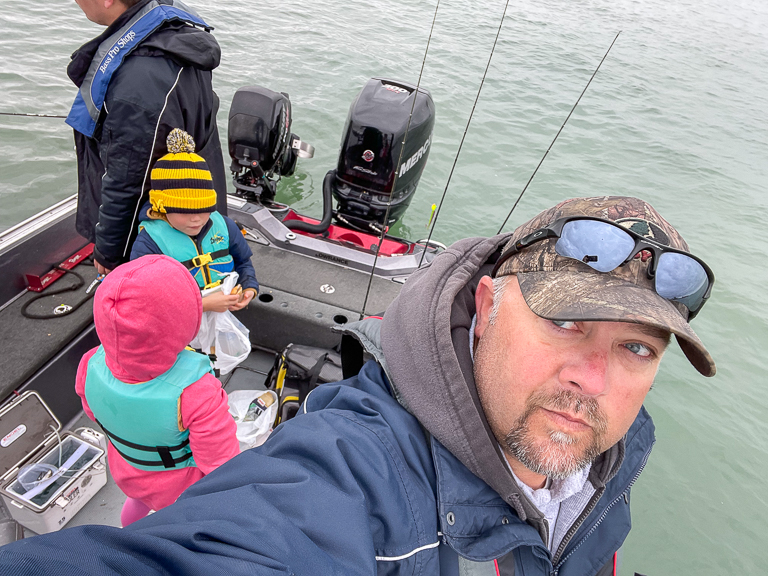 Understandable. Snacks are tasty. Both bags of snacks were gone within 40 minutes. 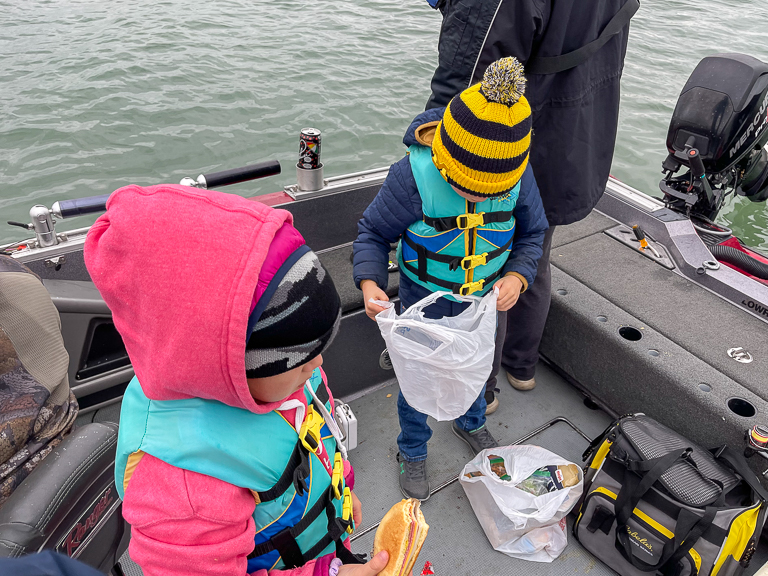 But then she also had some luck pulling a few in. Look at those spiky teeth on that walleye! 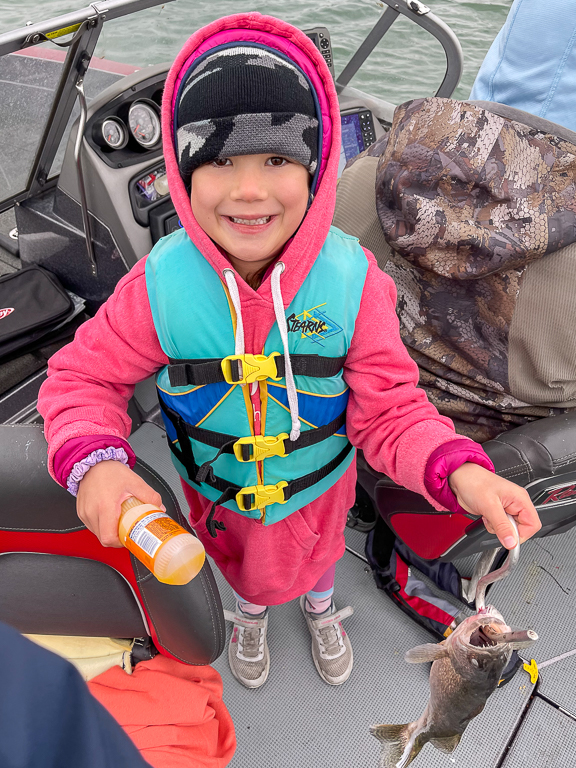 With the lines in the water, the fish were biting, and Ty or Ethan would hook them, then pass the pole off to the kids to reel in. After a few got away during the transfer Ian exclaimed "Just reel it in Ethan! We can't let any more get away!"
They did end up having a bit of luck on the water, despite only being out for a couple hours. Both of them caught 2 each, plus the rest of the boat cause a few more. 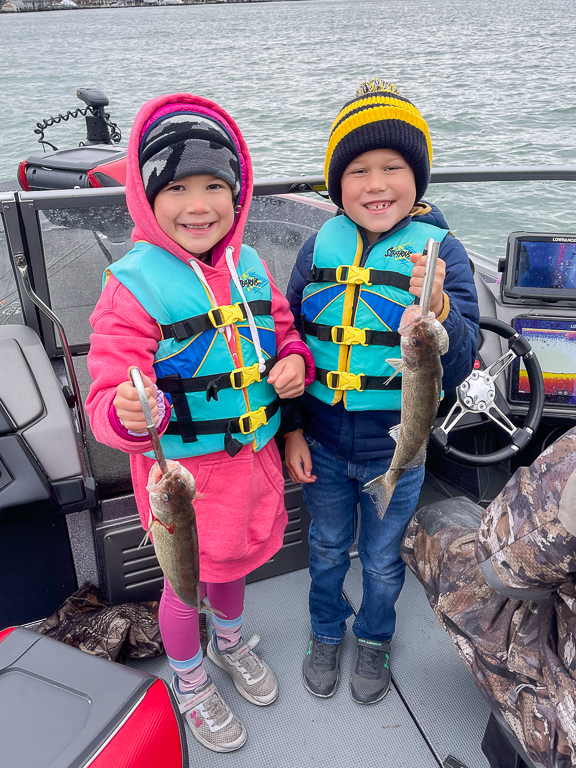 Back to the dock! Both of them were cold, despite all the layers and blankets they brought. 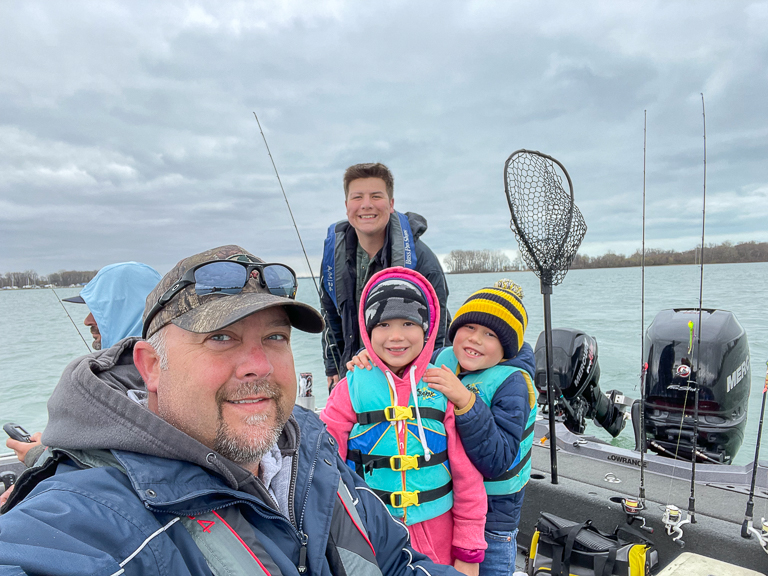 Ian promptly conked out as soon as he got in the warm truck. The house is only a few minutes away from the dock, but it didn't take him long. 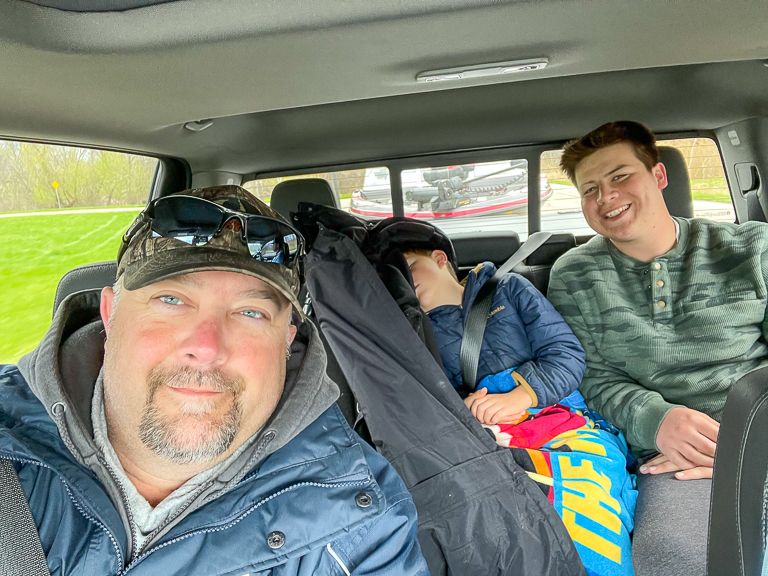 Between the five of them, they pulled in 19 large fish. These are much bigger than the trout I've typically gone fishing for.
Tyler and Ethan have a good system down for cleaning them and getting the filets off the fish. 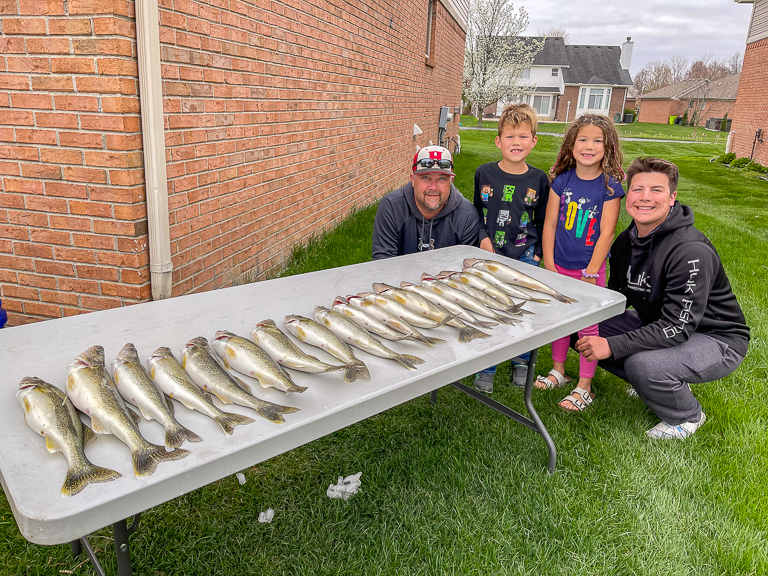 And a short time later, Tyler has them breaded and ready for the fryer. 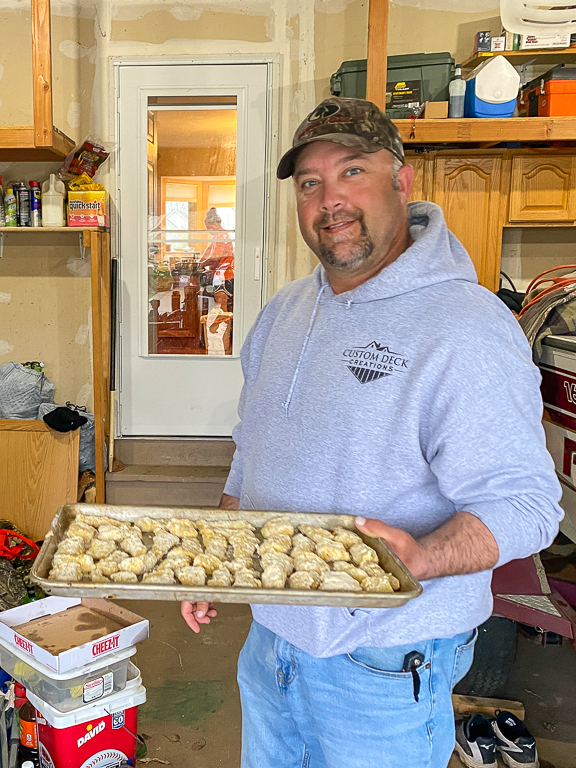 This was just one of multiples trays of these fish filets. They had plenty to feed the entire family. These filet pieces are quite a bit bigger than chicken nuggets. Like 3-4 times bigger! 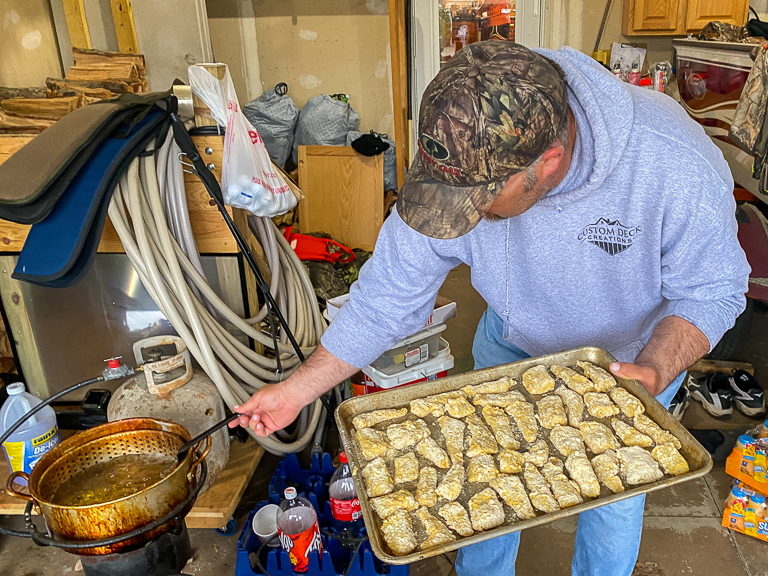 The whole family enjoyed munching on hush puppies and fried fish (except me, I got White Castle). Ian ate 4 pieces of fish and was satisfied. Alli went to town and ended up eating 12 pieces! I couldn't believe it! She said they were so good. Luckily she didn't get sick from eating so many! Theresa couldn't get enough either, stopping at 13 pieces. That's not something we make in the RV, so they're both getting their fill.
Ask Ian if he likes fish, and he'll tell you no. But then he'll add a caveat saying that he doesn't like fish, unless it's from Uncle Ty. He loves Uncle Ty's fried fish. And today he helped catch them himself! He was really happy to have been able to help feed the family tonight! 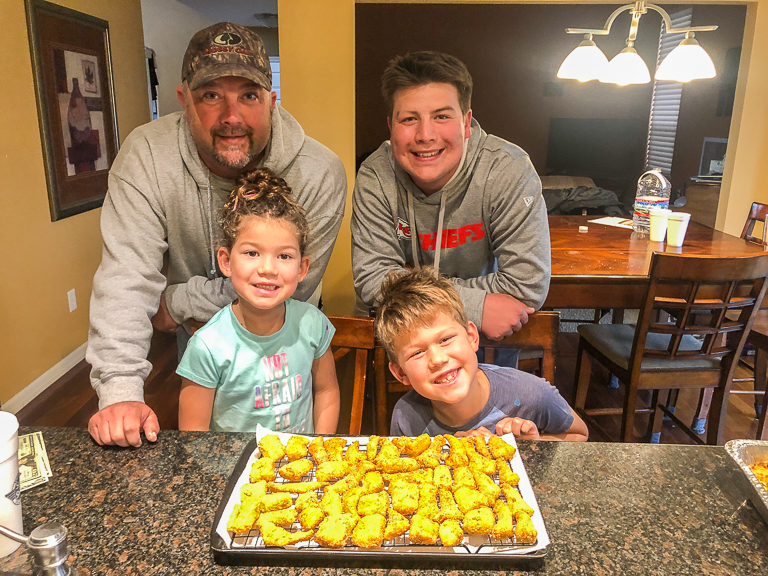