My sister in law Megan loves loves loves eggnog. I jokingly send her pictures of eggnog creations I find during the year. When I showed her this new seasonal donut creation at Epcot she insisted that I taste it and report back. I was surprised how large the donut was. And it’s topped with cinnamon icing and gingerbread. Yum! 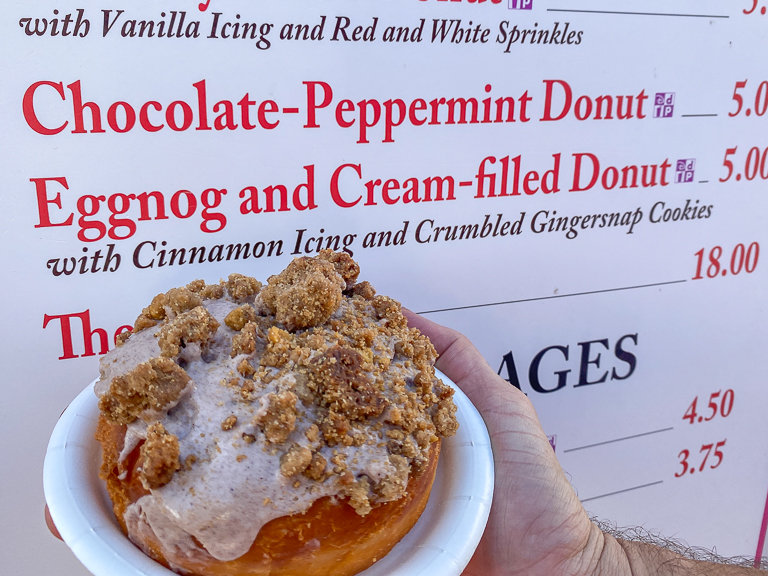 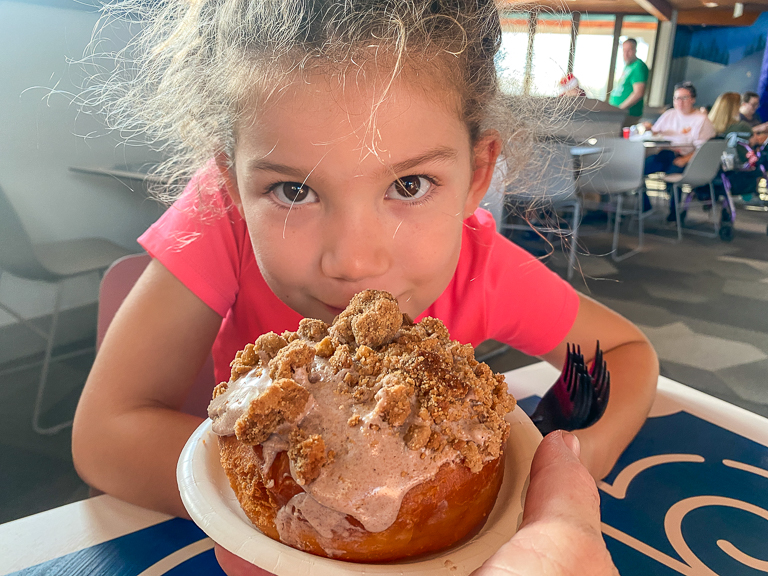 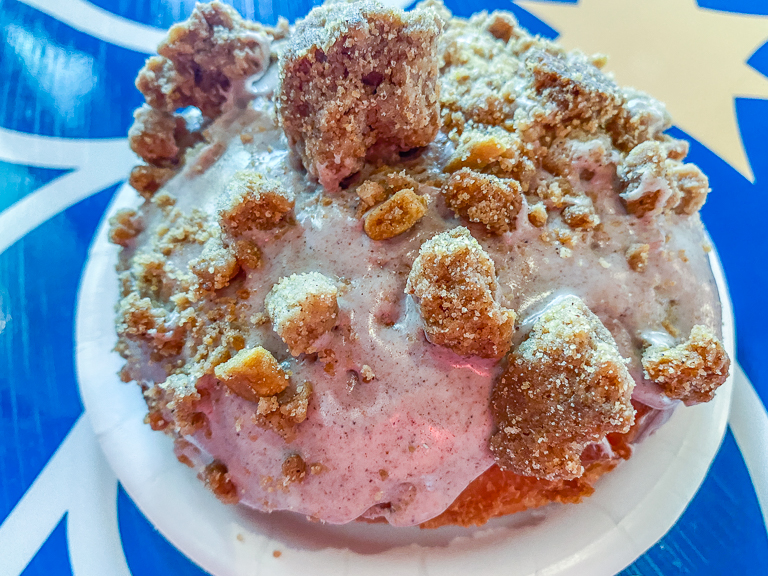 Theresa's not the biggest fan of eggnog, but she's going to give it a try. 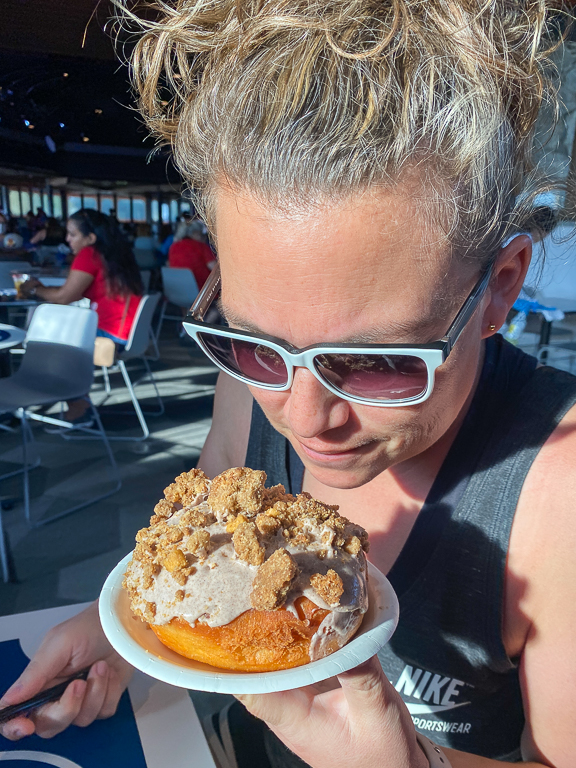 The crunchy gingerbread pieces on top in the cinnamon icing were fantastic. 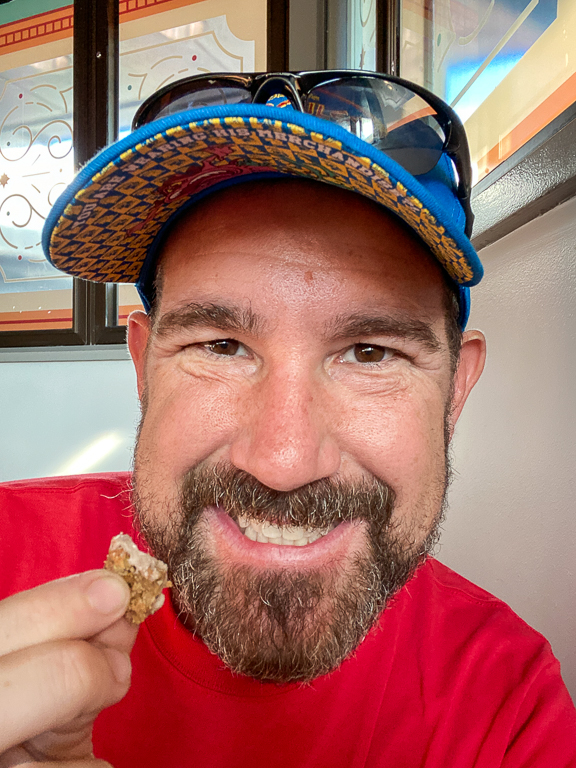 The middle of the donut has a cream filling. The outside of the donut was delicious. Cinnamon and gingerbread. But where is the eggnog? All inside the cream filling! Not overpowering but a good eggnog flavor. 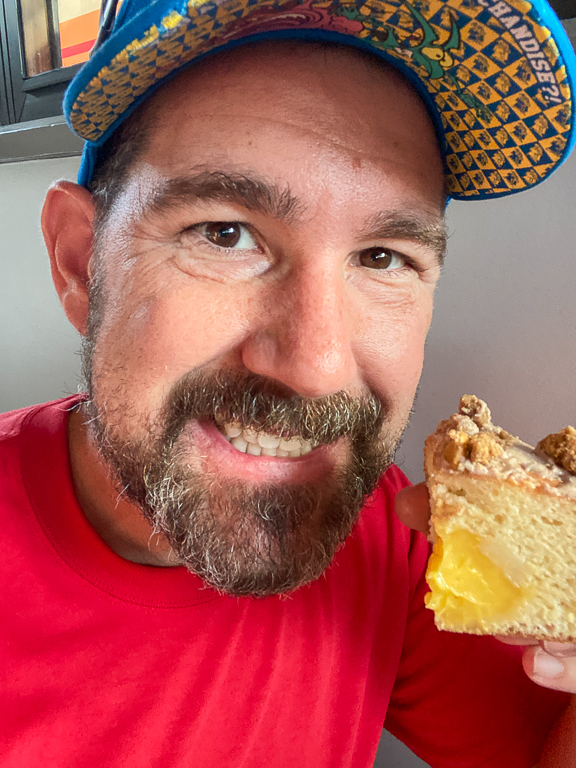 Some aren’t fans of eggnog and were dreading the taste test. But the outside donut is still very delicious. 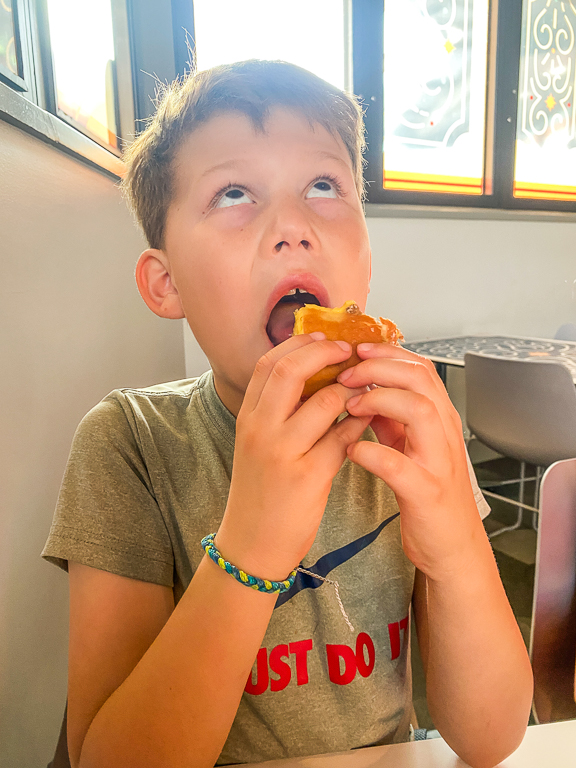 Theresa - That was really good. If I had calories to spare I would eat it.
Megan, sorry you don’t get to taste it, but it was a very good suggestion! 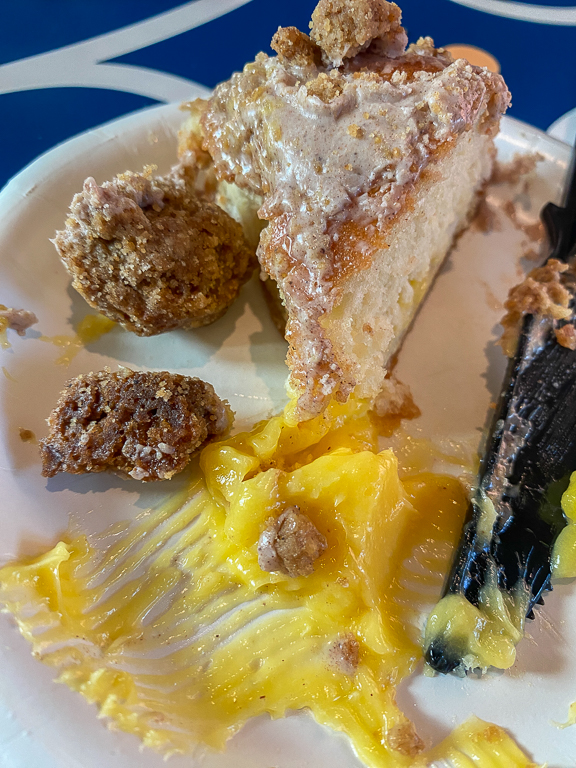