Stuffed Crust pizza on a Thin Crust dough? They said it couldn't be done!

Who said it? I don't know. I'm just assuming someone has said it.

But today I'm here to prove them all wrong! Today I will be making my very first Thin Crust Pizza with a Stuffed Crust! 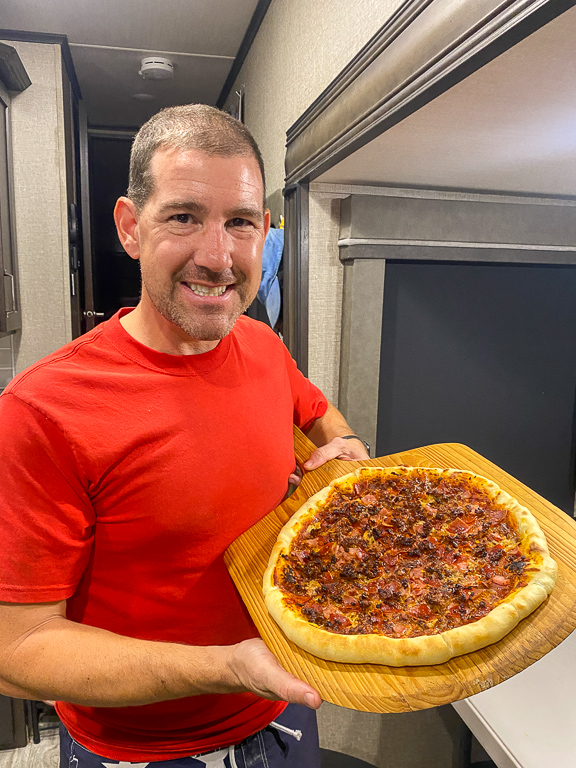 I have spent the year making thin crust pizza weekly and I've tweaked the recipe enough to get something I'm happy with! Super simple, and you just need a scale to measure ingredients. No measuring cups.
In a single bowl, mix 300g AP flour, 175g hot water, 68g oil, 25g white sugar, 7g baking powder, 7g salt. Mix it all until it comes together and wrap it in plastic wrap for 15 minutes. The result with be a fairly wet dough, but it will hold together and it's super easy to roll out between two pieces of parchment. Make (4) 140g pizza doughs. 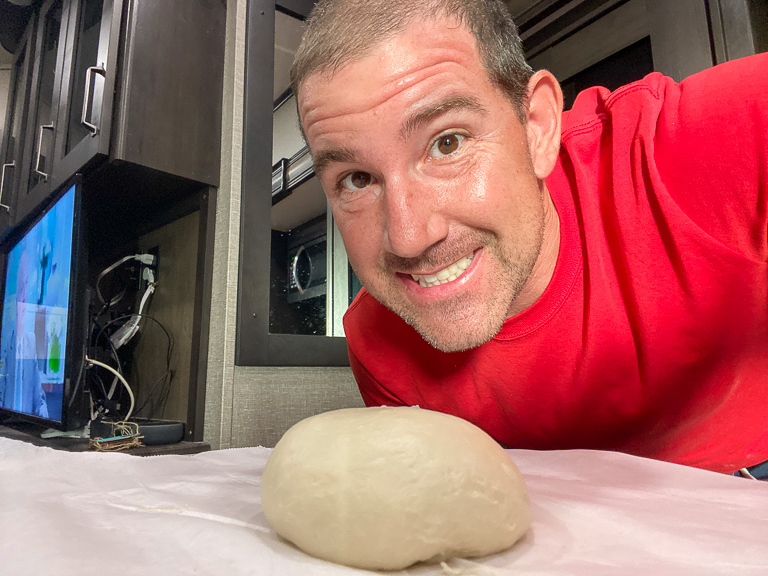 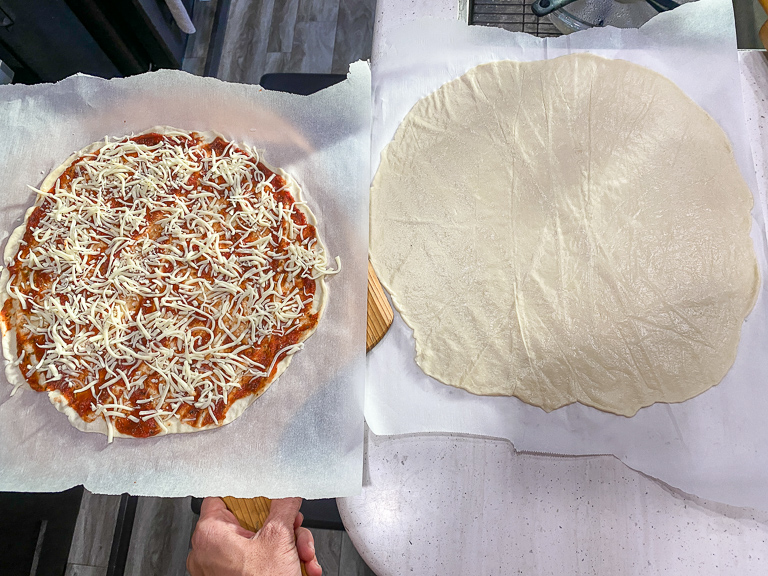 I'll be using mozzarella cheese sticks for my crust. They're so convenient in this instance. It ended up needing 8 to cover the entire edge. 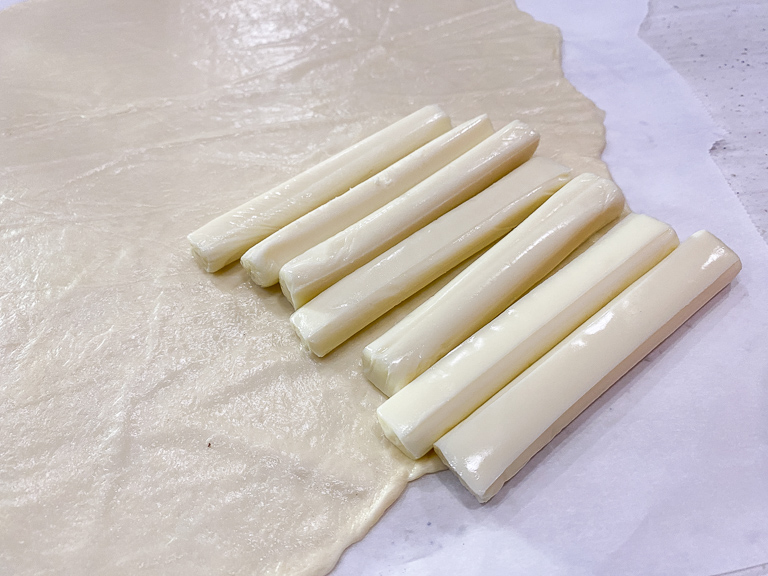 Cutting them into thirds will help the pizza keep a round shape instead of an octagon. 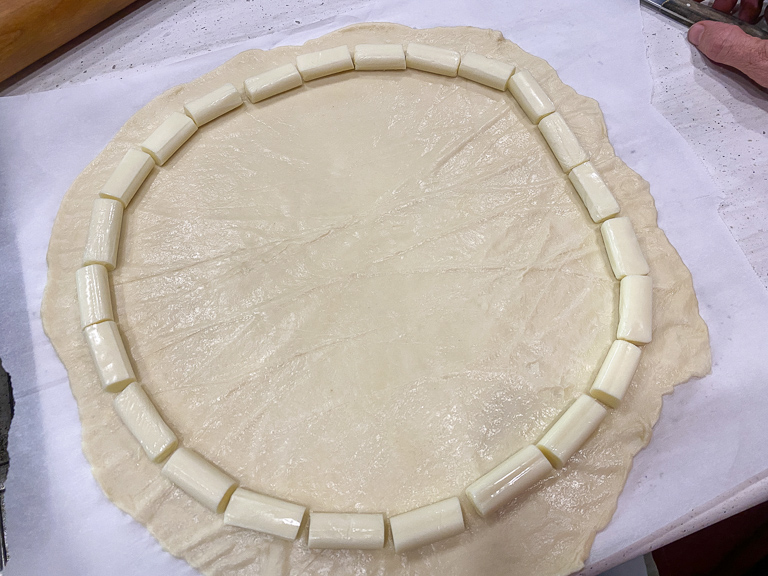 And with the excess dough, it gets wrapped over and pinched down. 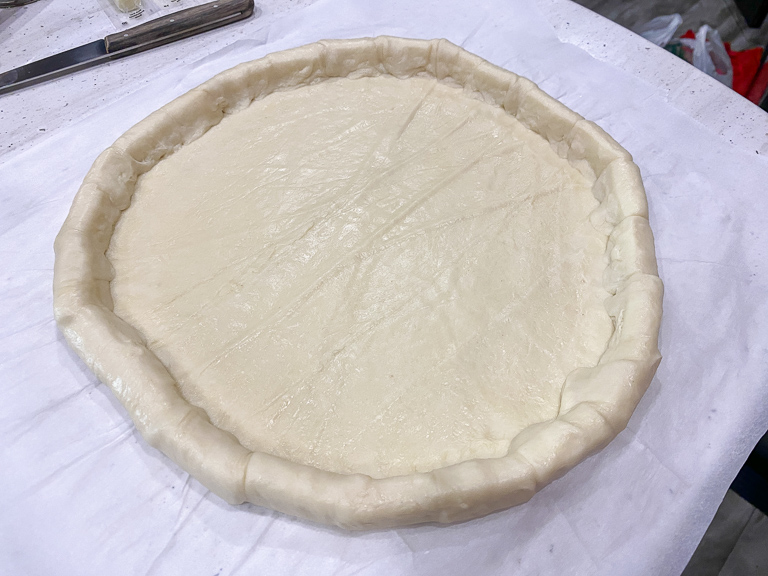 Now it just needs a light layer of sauce. Something that isn't too wet to keep the dough from soggy. 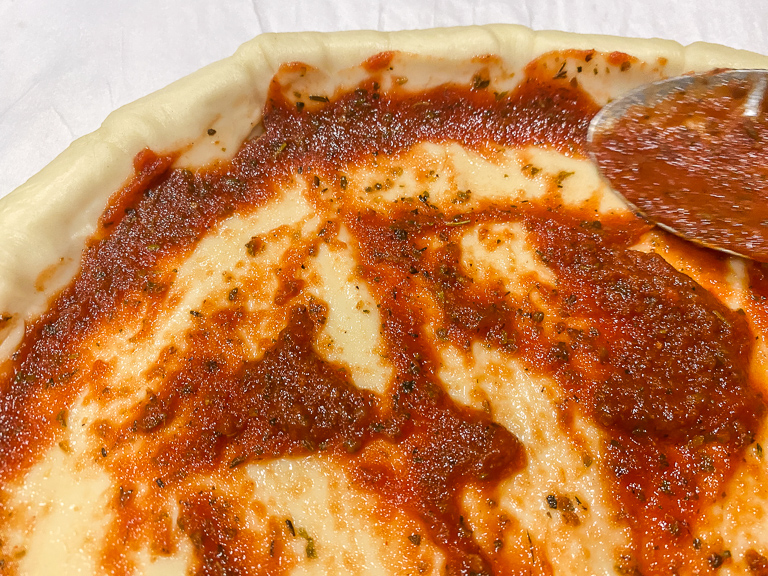 What toppings should go on it? It can be pretty much anything, but I like to make meat pizzas. I added ham, sausage, and pepperoni, plus a little mozzarella and the tiniest sprinkle of blue cheese. Add a little bit of red pepper flakes and that's a tasty looking pizza! 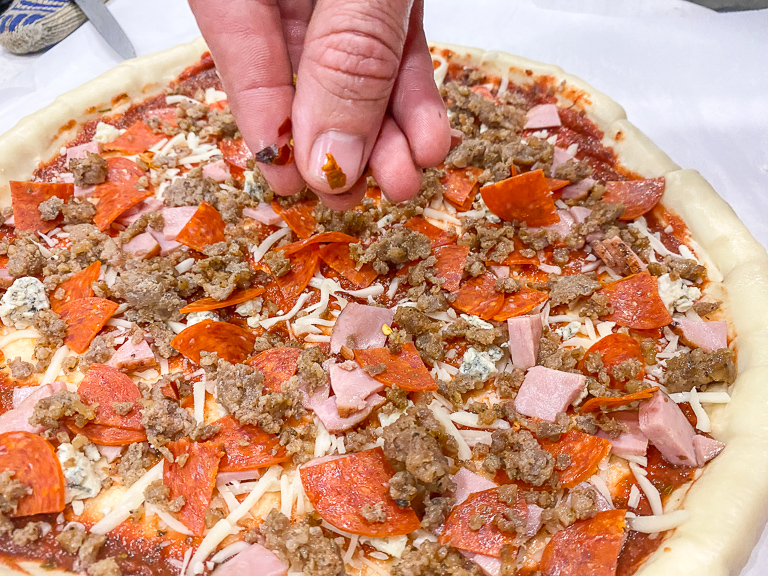 All set and ready to go into the oven! 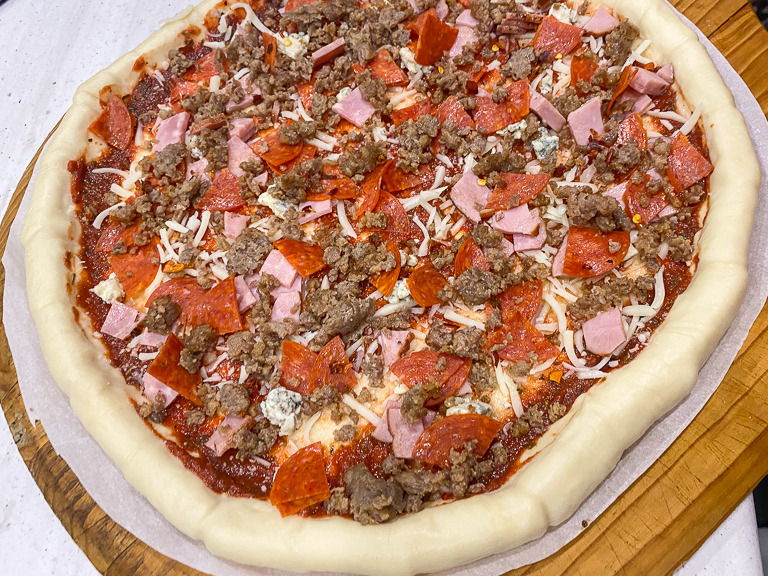 I cooked it for 12 minutes at 480F (the most my toaster oven will go) and finished it off directly under the broiler to get the sausage deliciously caramelized and crispy! 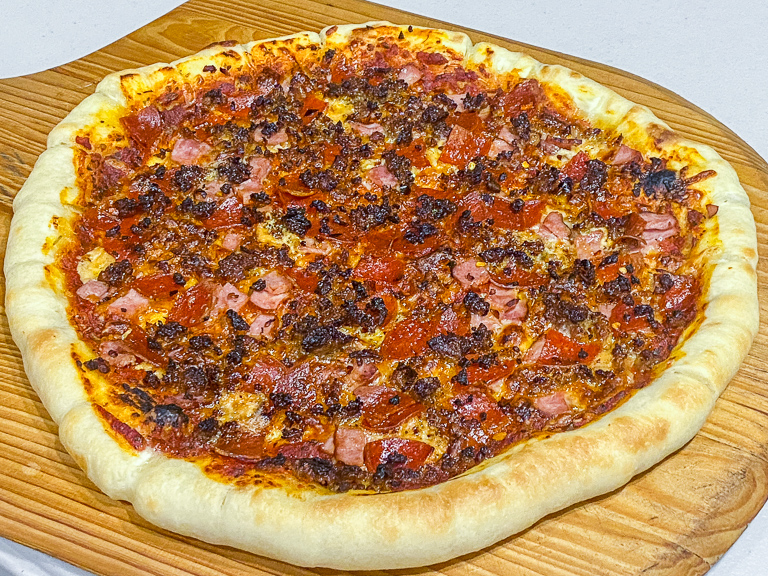 And the crust browned up nicely too! 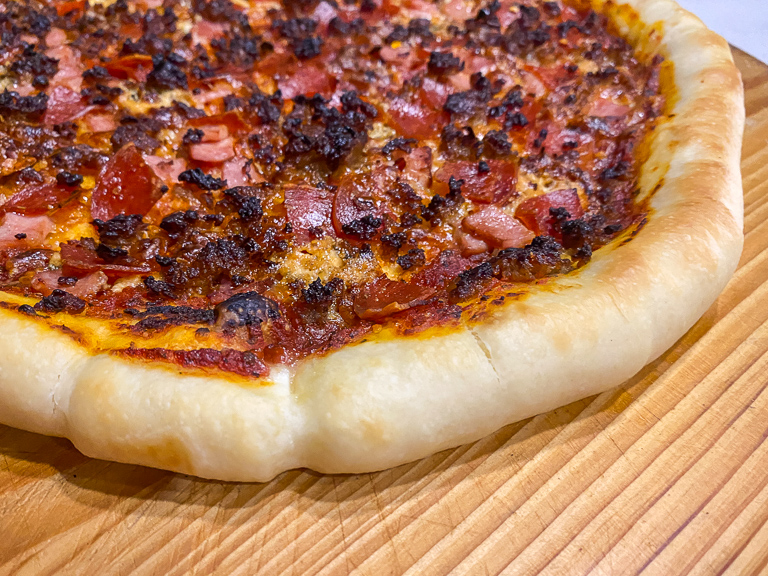 Let's cut into it and see what we've got. 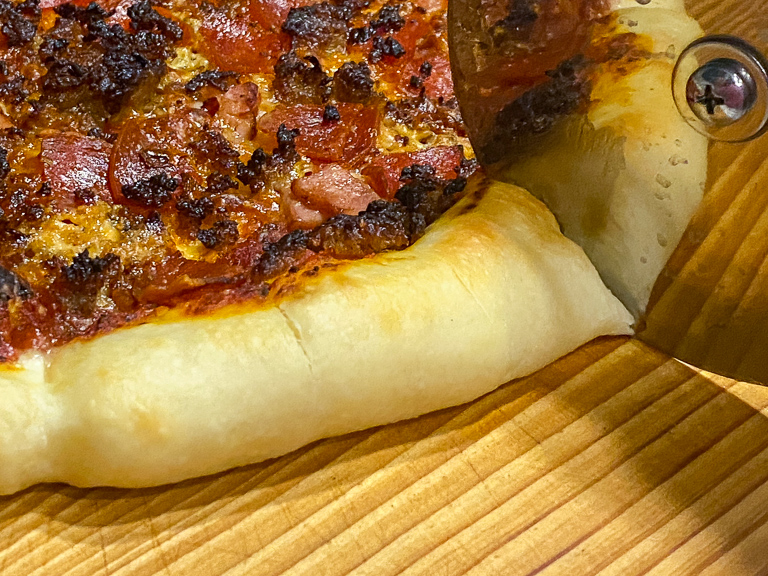 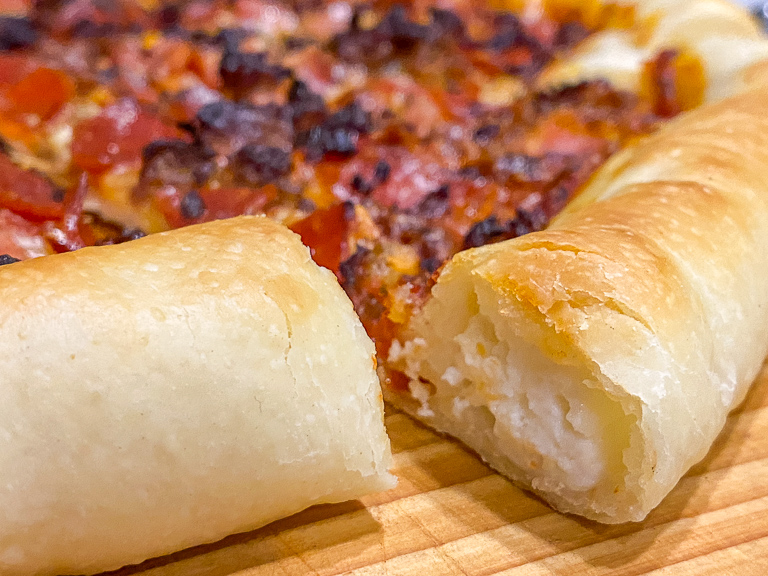 And look at that thin crust pizza to go with it. 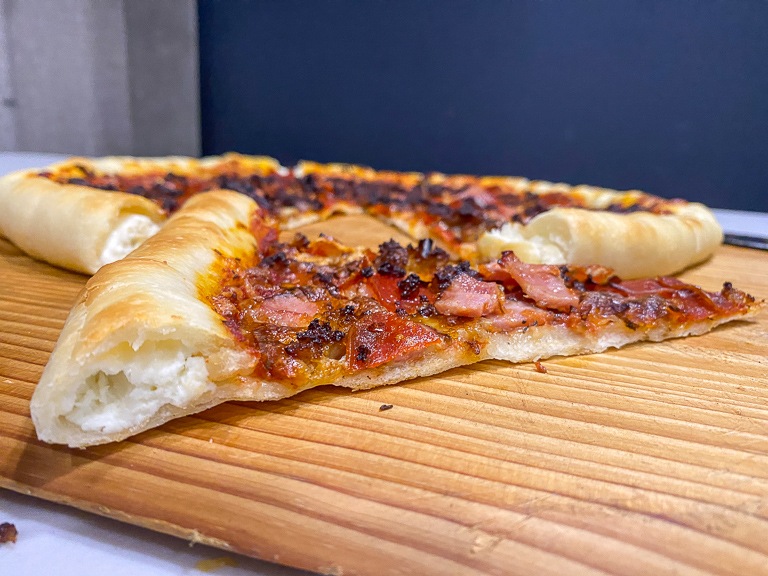 Crispy enough to hold itself flat. 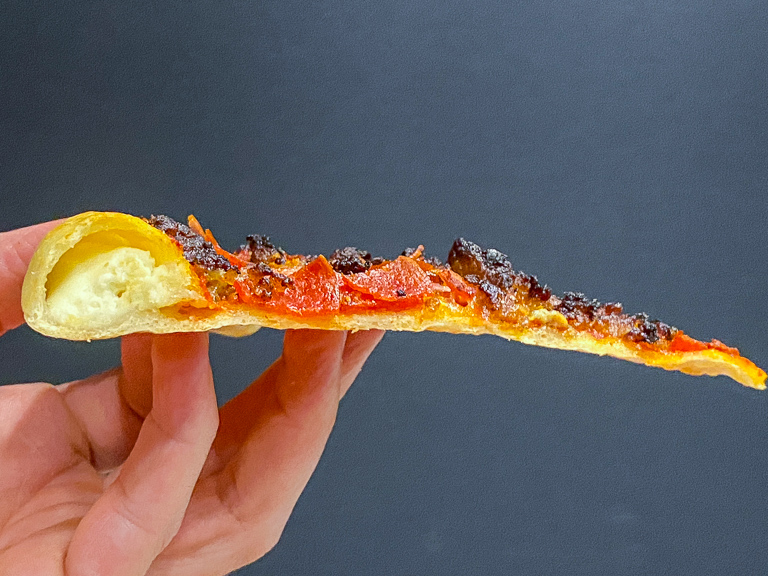 And how did it taste? Delicious! I loved having the extra cheese in the crust!
Knowing that my sister-in-law Megan loves stuffed crust pizza (see my Ground Pepperoni Stuffed Crust Pizza for reference), I sent her a picture. She responded with "That looks incredible! Add that to my list (of things I'll make when we meet up again). The top of the list!" 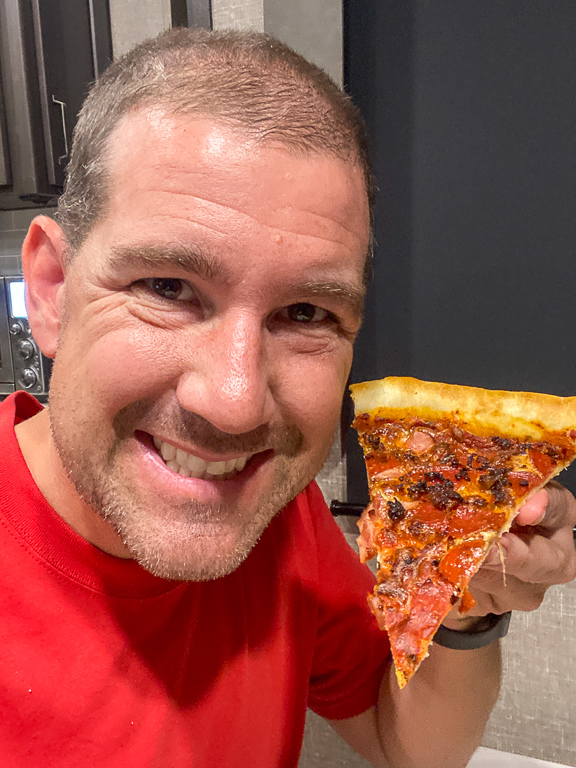 And while I'm busy with that pizza, Theresa is busy making up the pizza for the kids. 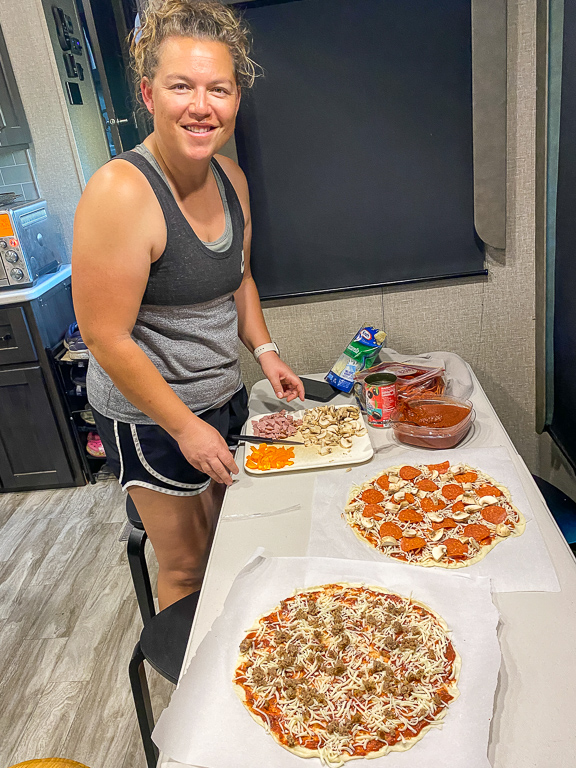 Alli adored the pizza she got at the Starbucks Reserve Roastery and wants all her pizzas now with sausage and peppers. And why not add on a few mushrooms and olives to go with it. 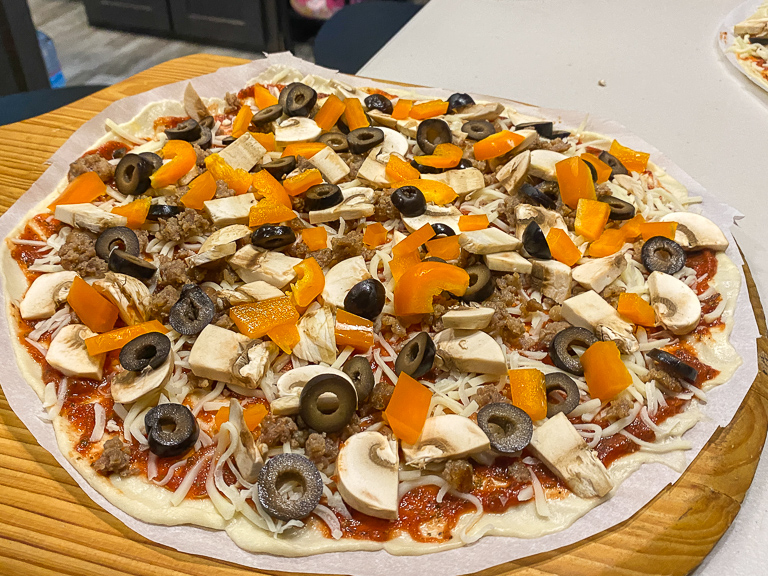 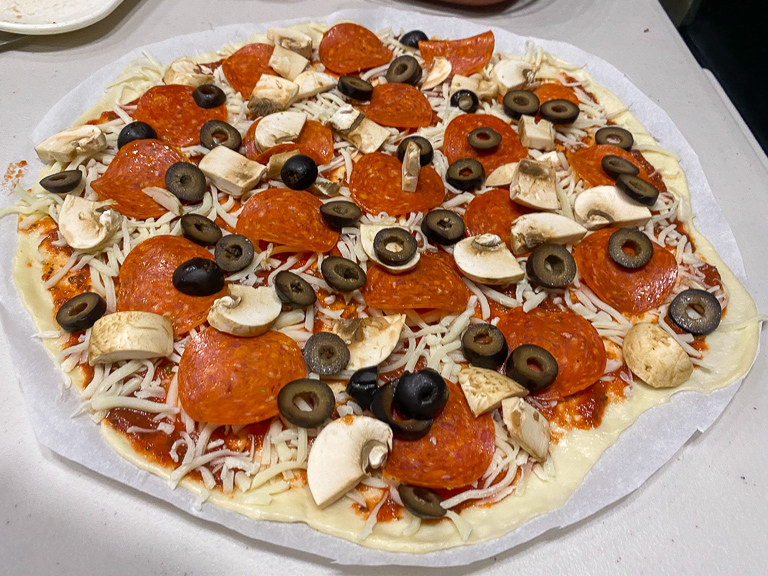 And they're hungry today! They wanted to eat as soon as it came out of the oven! We did a 20 mile bike ride earlier today and they have an appetite! 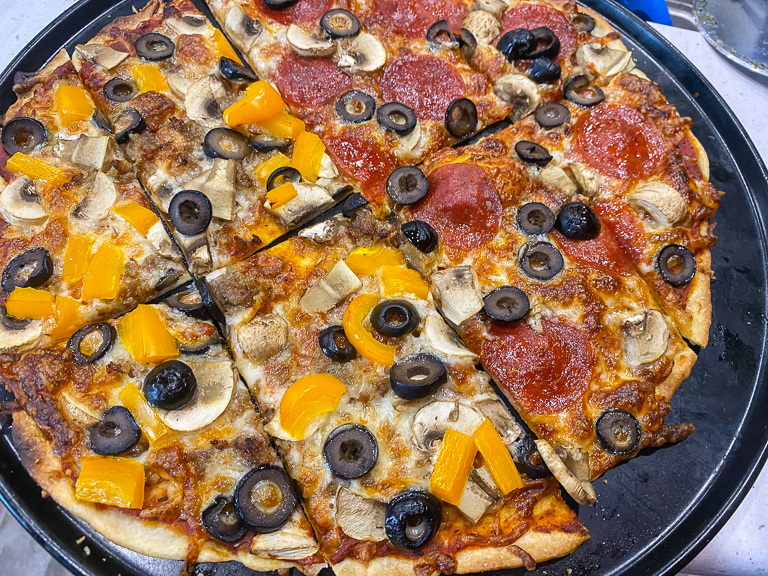 Both ate the half pizza I gave them and then came back for the other half! It must have been good!
Tonight was a great Sunday pizza night! 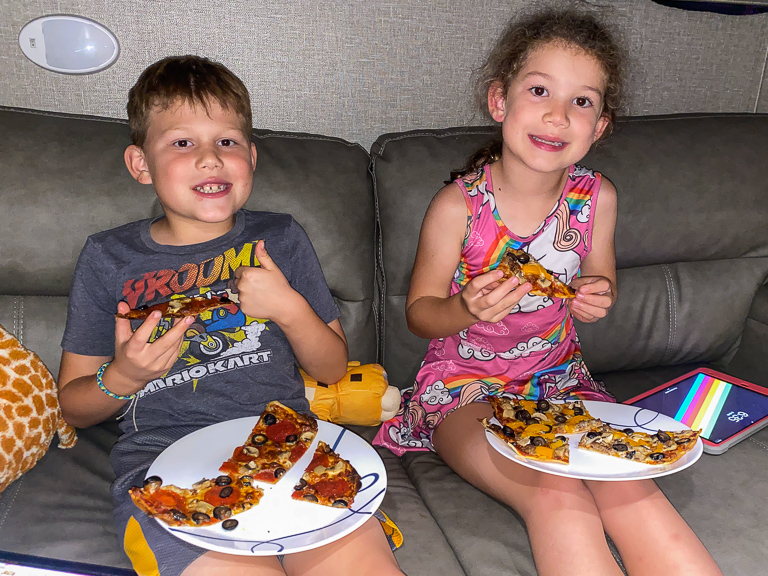