After spending a morning at Arches National Park, Jacob hopped in the truck with us and we all took a drive out to Canyonlands to see Mesa Arch! 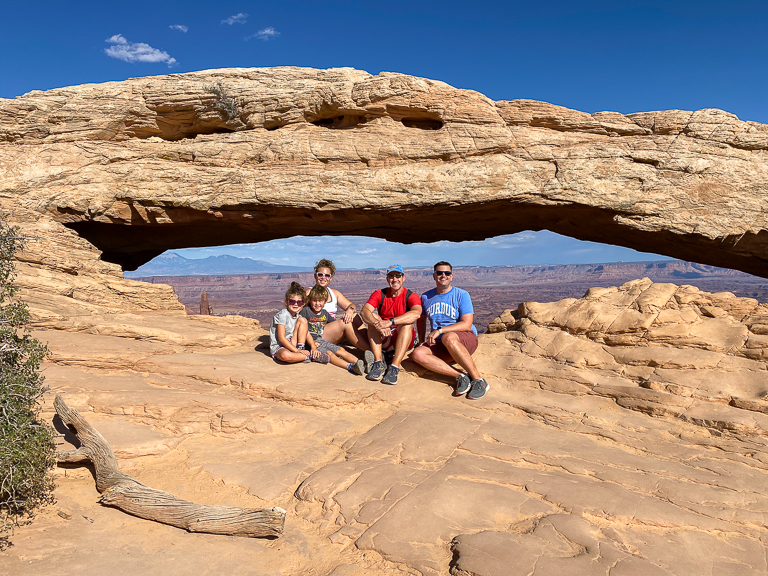 It's an easy drive to get out there and an easy hike once you get there. 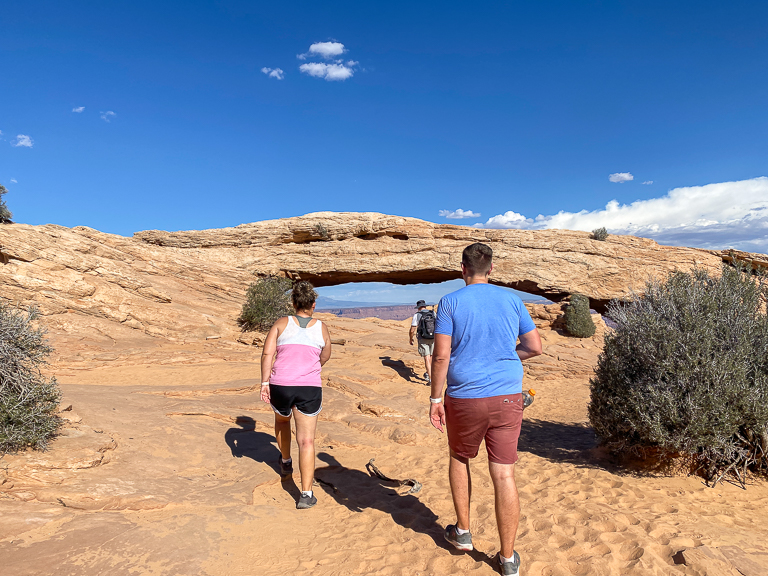 Creeping up to the edge to peek over. 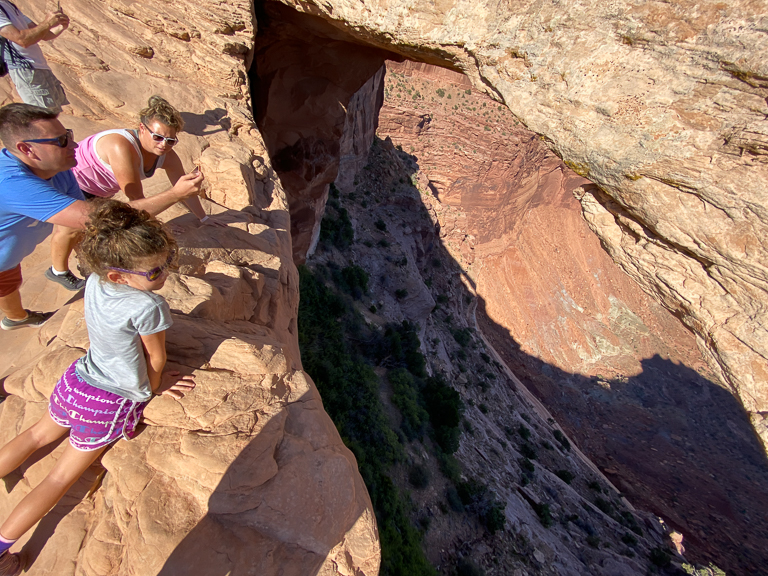 It's quite a bit more crowded here today. 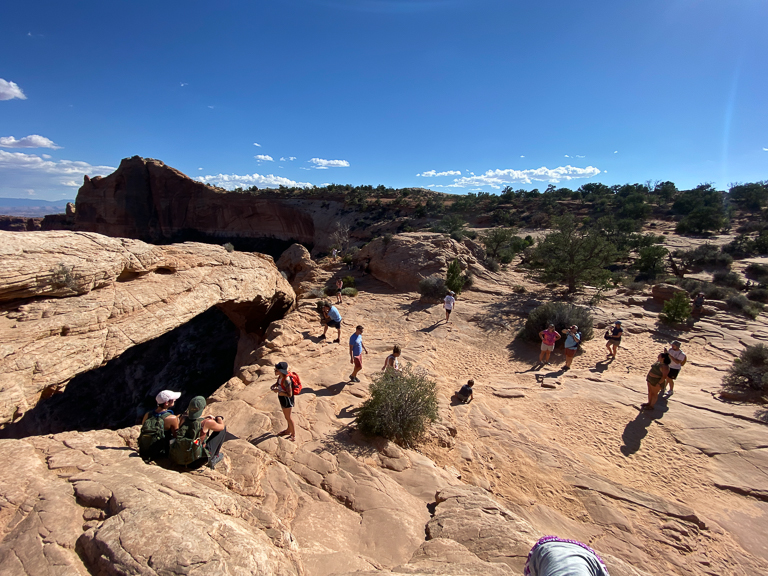 The arch is pretty cool to see. There's signs around that prohibit climbing on the arch... 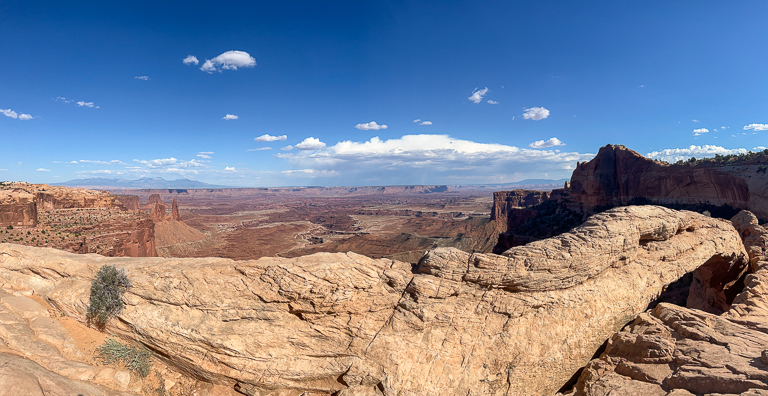 But you still get people doing stupid things. 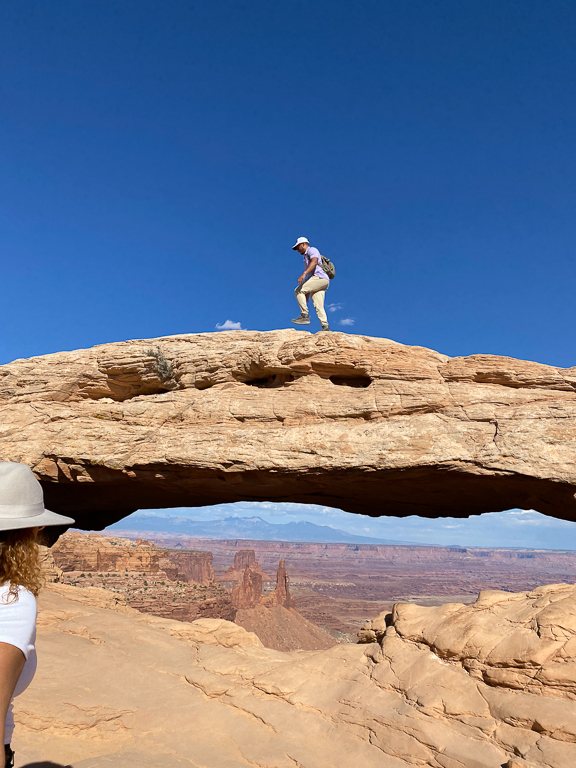 A family photo is always nice. 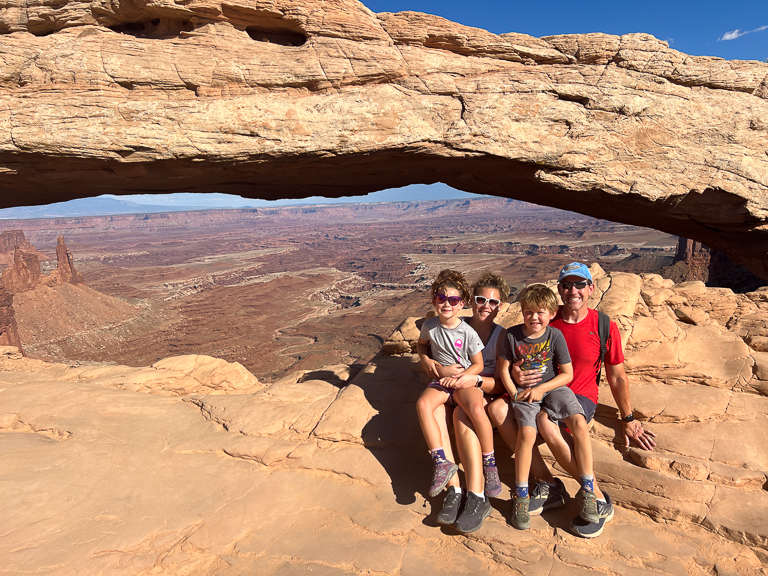 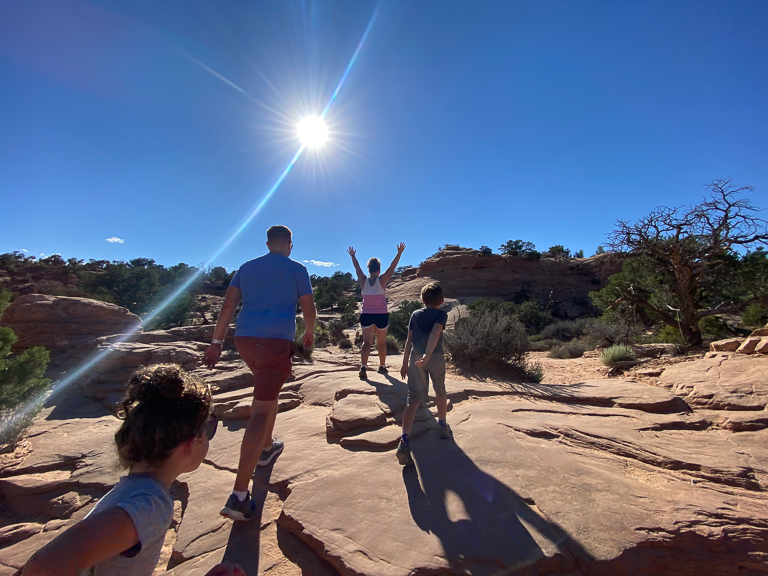 Driving out of the park. 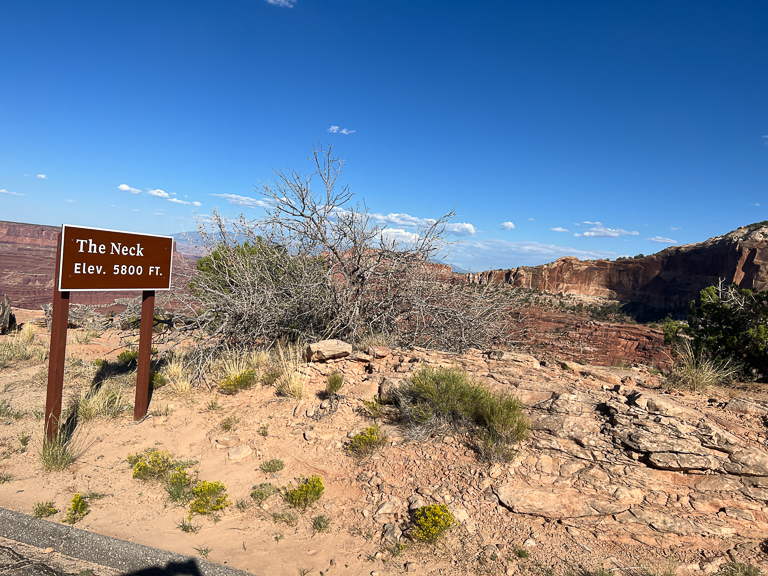 It's very reminiscent of the Grand Canyon. 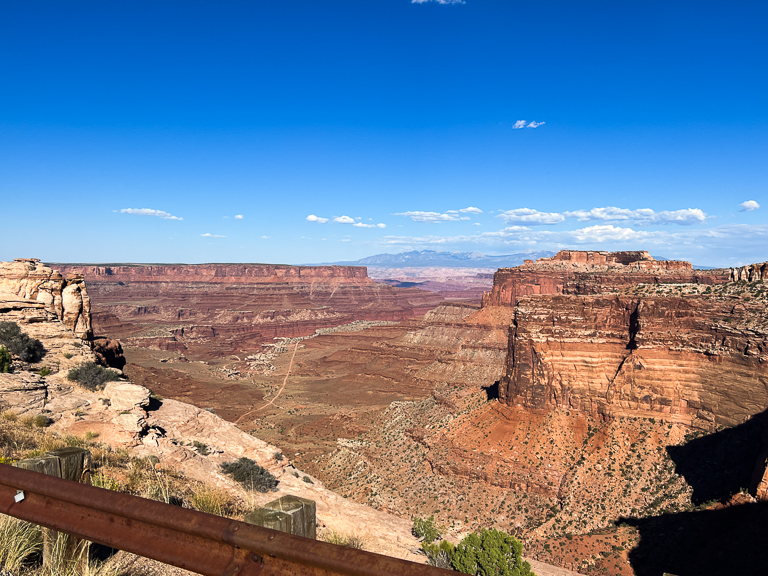 Just down the road is another park. 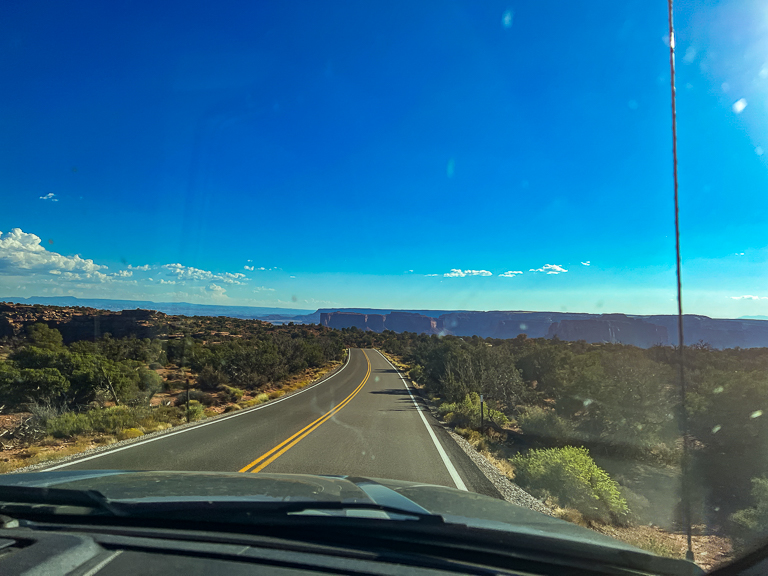 Welcome to Dead Horse Point State Park. According to the legend, cowboys used the natural corrals of the canyons, but horses would often die from exposure.
Despite the Visitor's Center only being open until 5pm, someone was still at the entrance booth at 5:40pm collecting entrance fees. Our National Park pass doesn't work for state parks, so we handed over $20 to enter. 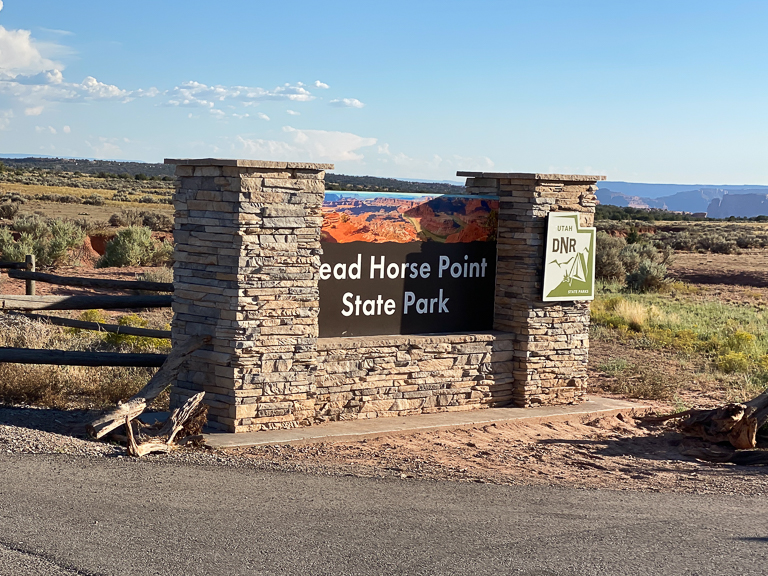 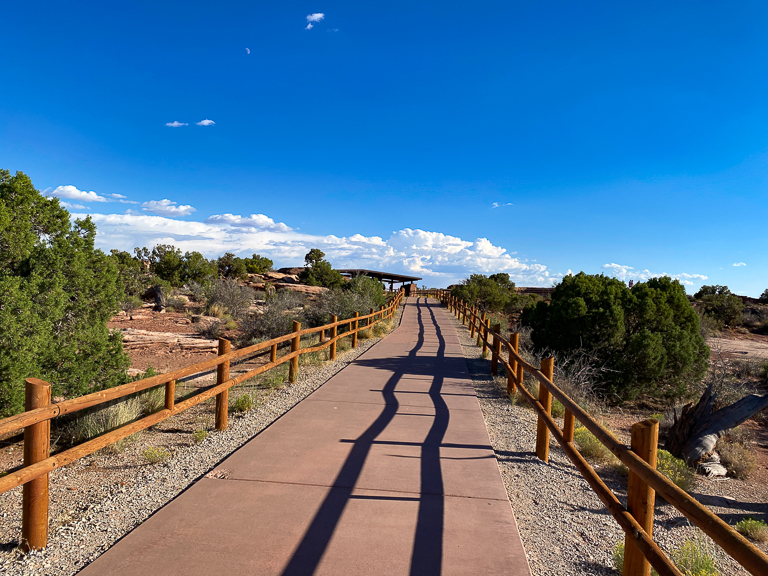 Over 15 million years, the Colorado River has carved out the canyons here. 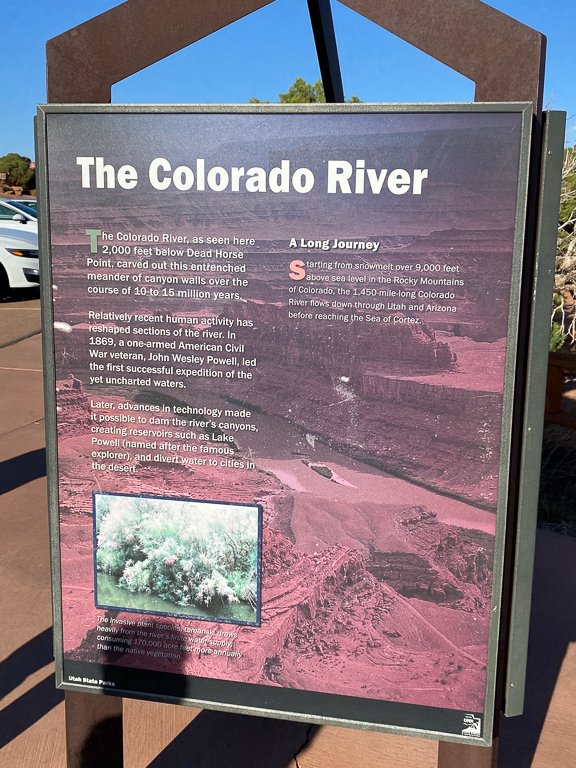 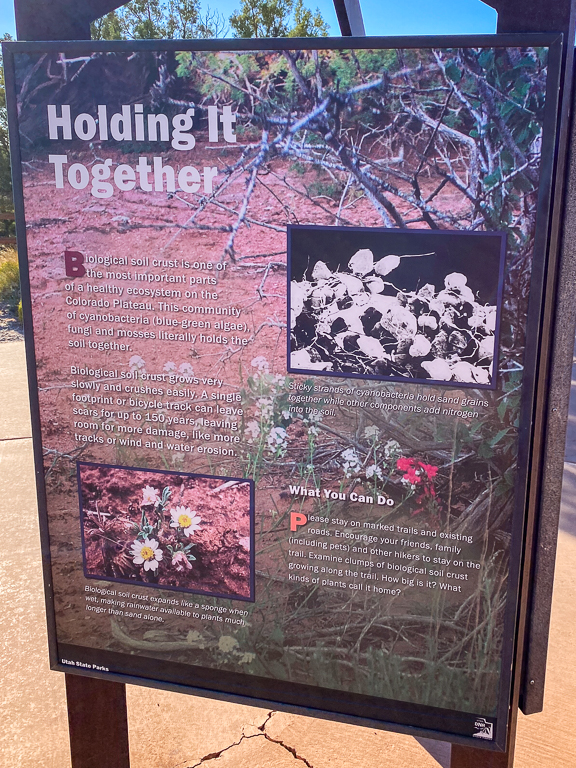 Looking out towards the canyons.

Ah, here's the highlight here. It's a U bend in the river.

Kind of. It's a little blocked. We don't have the greatest view. For that we'll have to head to another location, but don't worry, that's on the agenda. 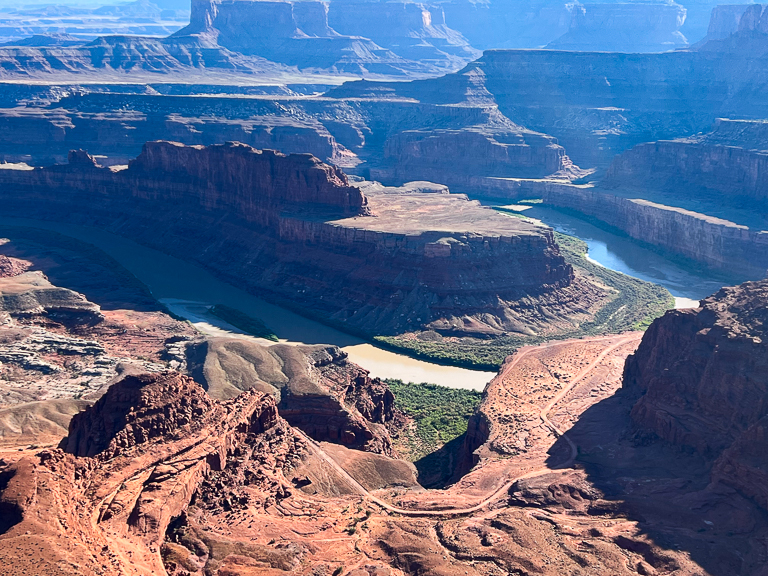 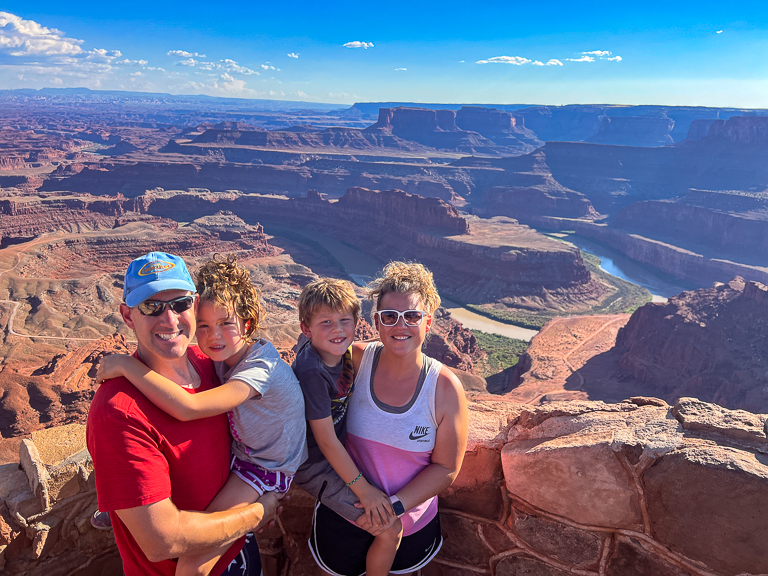 Off in the distance there's an interesting rock formation. 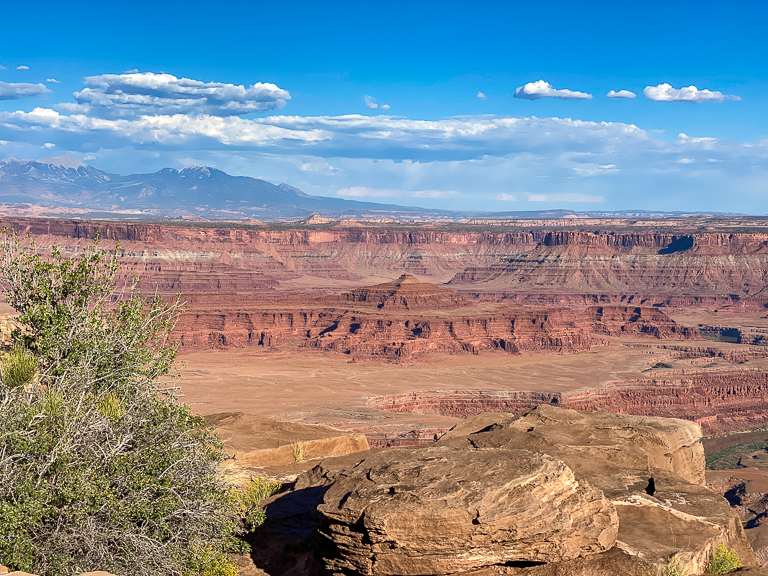 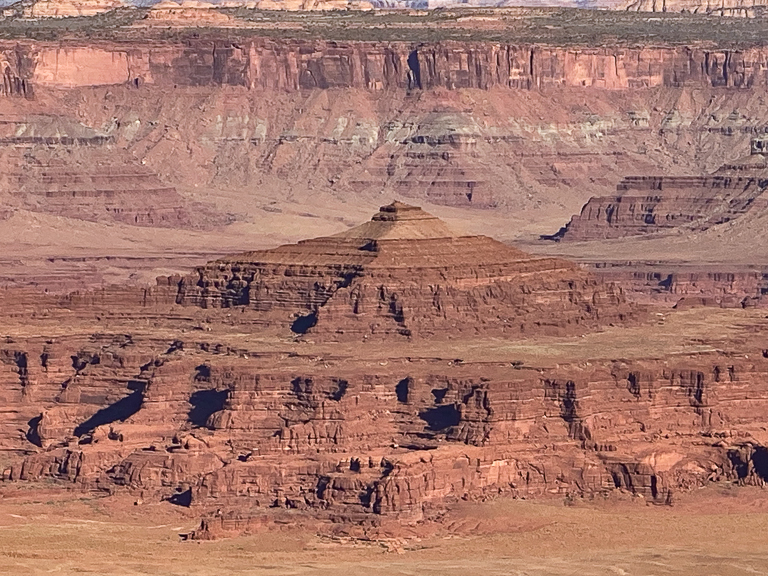 And off in the distance we can see large flats of white and different shades of blue. What is that? 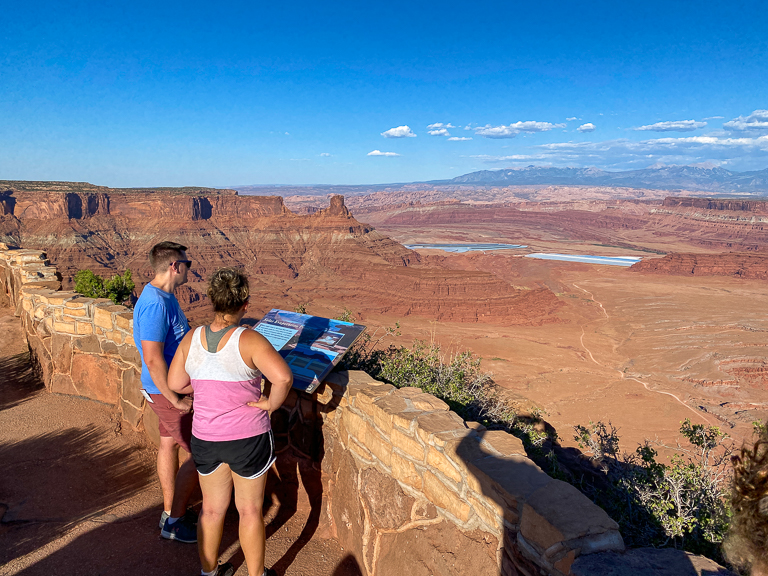 Ah, it's a solar evaporation pond! Underground here there are large deposits of Potash (aka potassium chloride) from ancient seas that were here. Potash is very important for fertilizers. Water is pumped down into the ground where it dissolves the salts, then brought back to the surface. Once it's back at the surface, it's spread into these large ponds where the sun evaporates the water and leaves the salt behind. 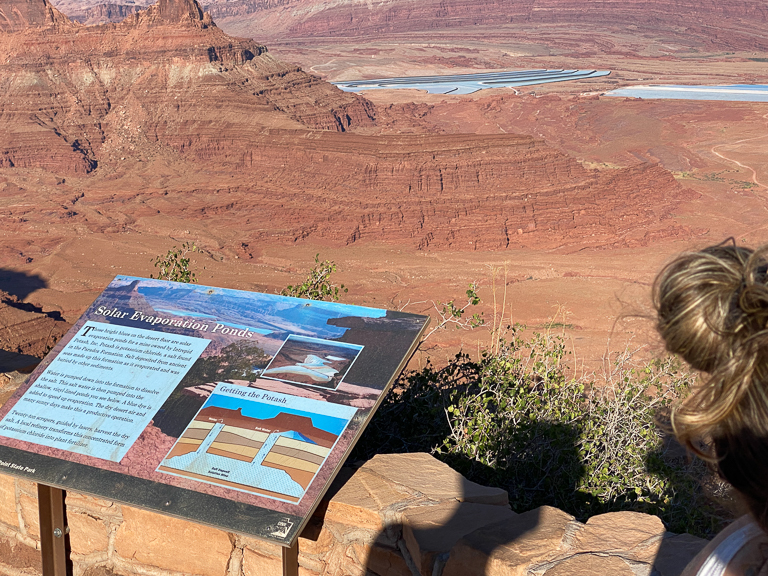 After a long day of exploring, we were all hungry to eat some dinner. I like how they have a dot mural on an arch on the wall here. 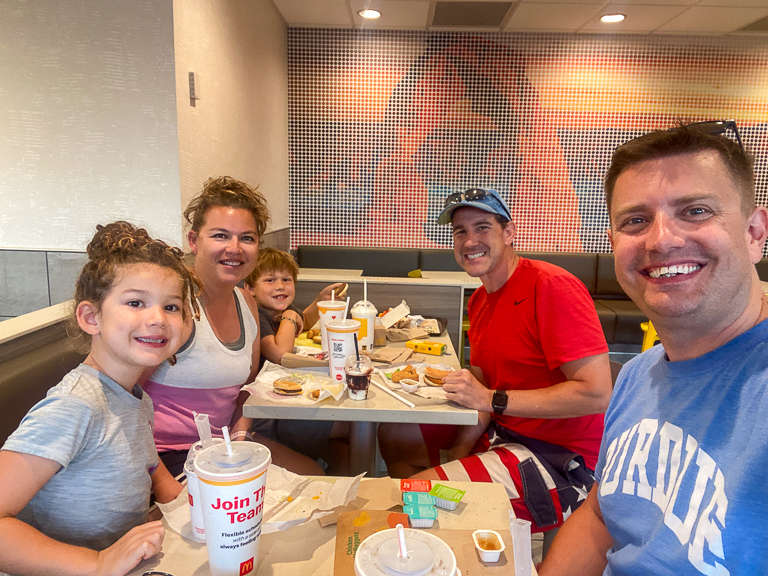 Getting our picture under the last set of arches tonight. We've seen a lot today! These are a double set of golden arches! Very appropriate today. 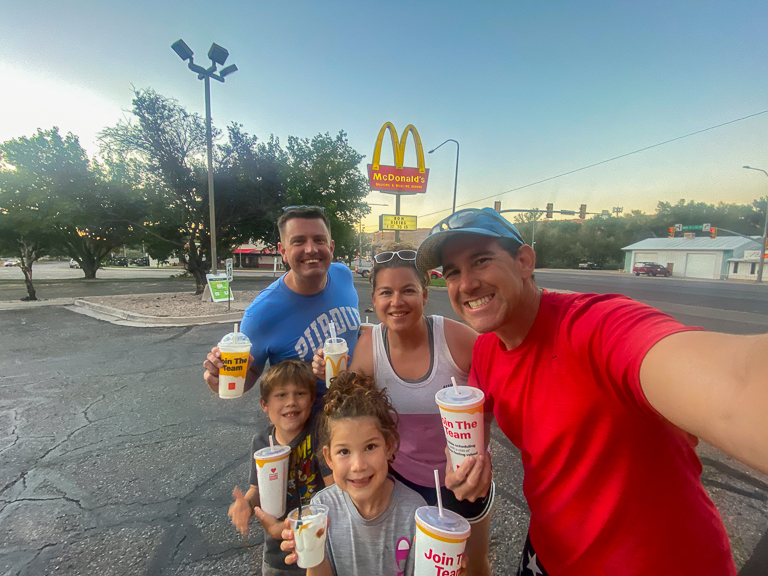 I need a shower! 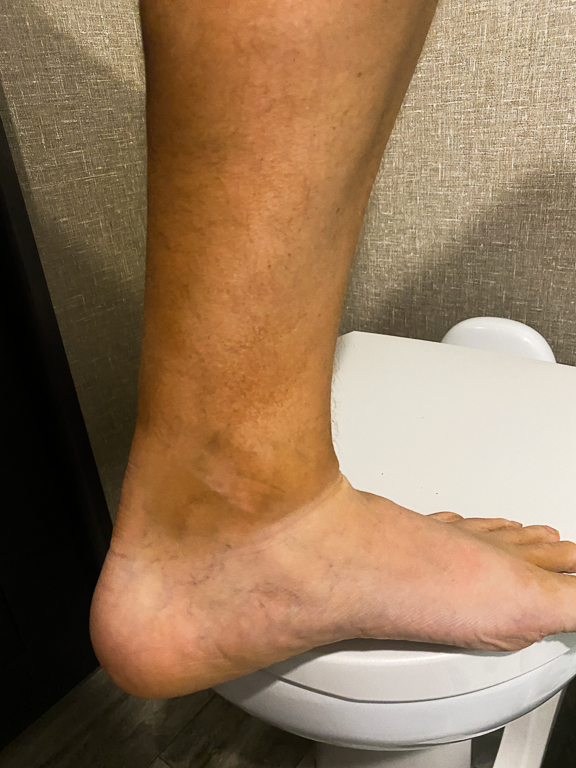