It's time for another holiday treat!
Alli and Theresa were shopping at the grocery store while Ian and I were at the hardware store next door. When we met back at the car, Alli was so excited to show me what she found! A new flavor of Mountain Dew for the Holidays! It's Mtn Dew FruitQuake! 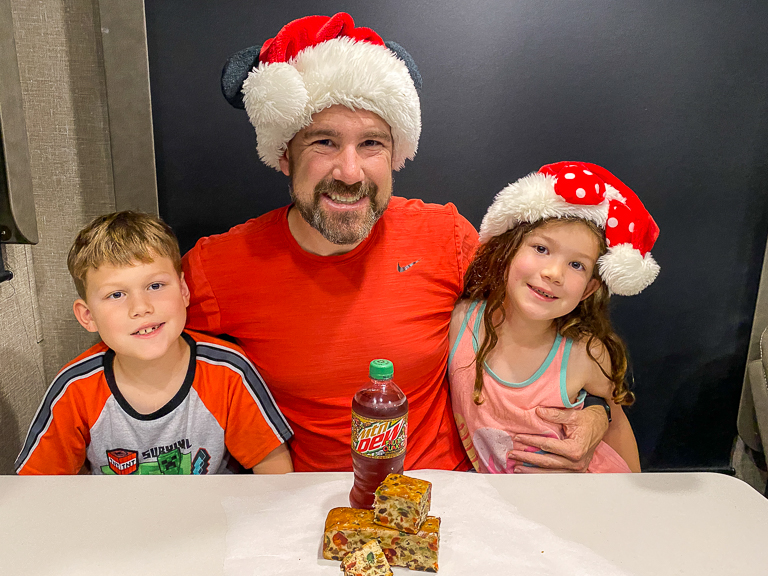 This is Dew flavored with a Blast of Artificial Fruitcake Flavor! And so of course we had to try it alongside a fruitcake! I wonder how it will compare to the Ginger Snap'd Mountain Dew from last year? Is this going to be a new holiday tradition for Mountain Dew going forward?
I'm really glad Alli picked it up when she did. We've gone shopping lots of times after that and I haven't seen the FruitQuake Dew since! 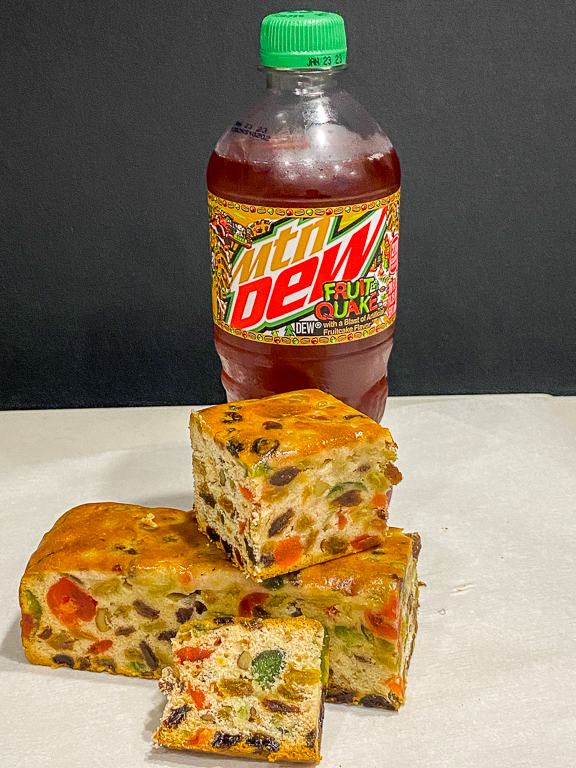 Knowing my brother is such a big Mountain Dew fan, the day before we planned our taste test, I texted, asking if he had found it yet. No such luck. And so, he and Megan set off on a quest to find it. 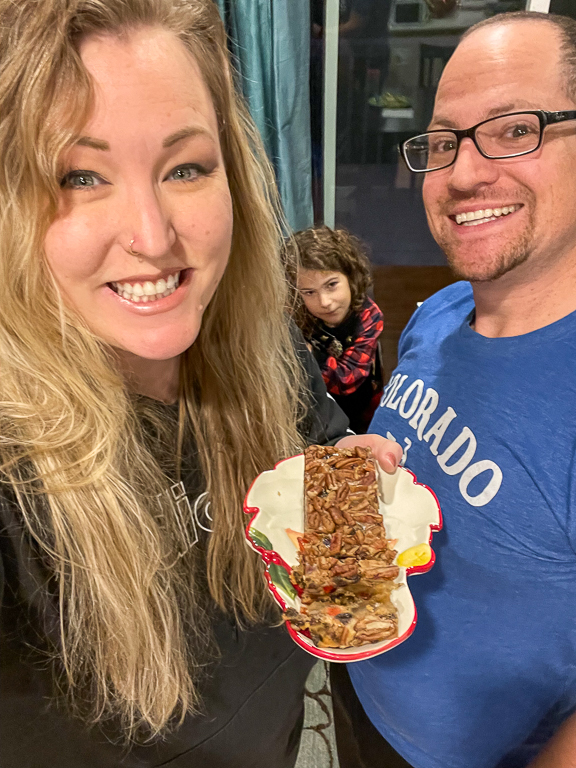 And finally, after stopping at 7 different shops, the finally found it. Whew! That's dedication. 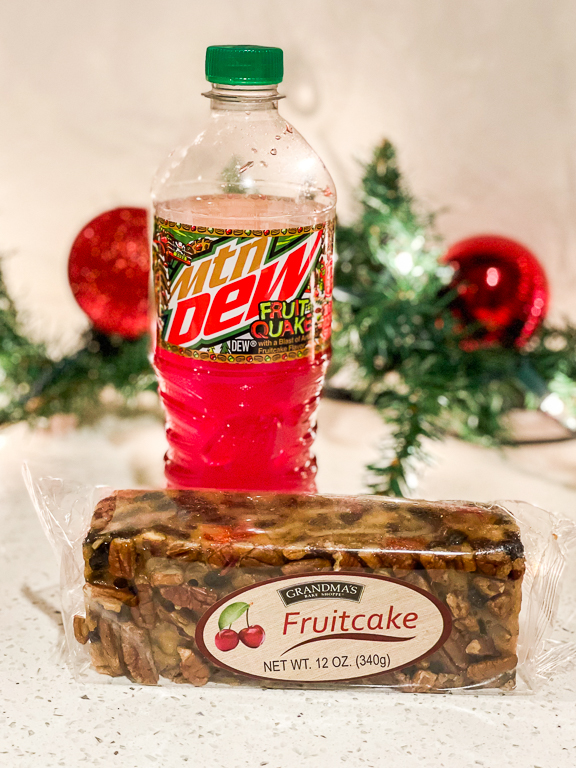 And they bought a fruitcake to try with it too. 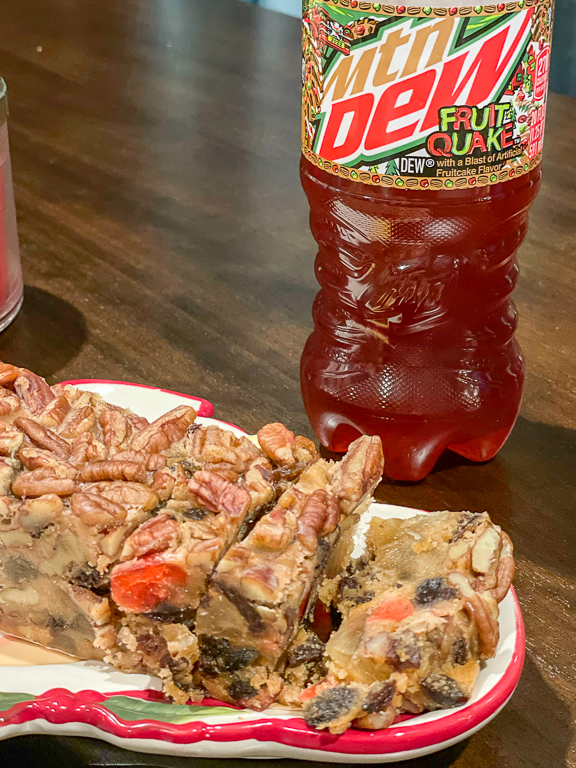 The label does a good job matching an actual fruitcake. 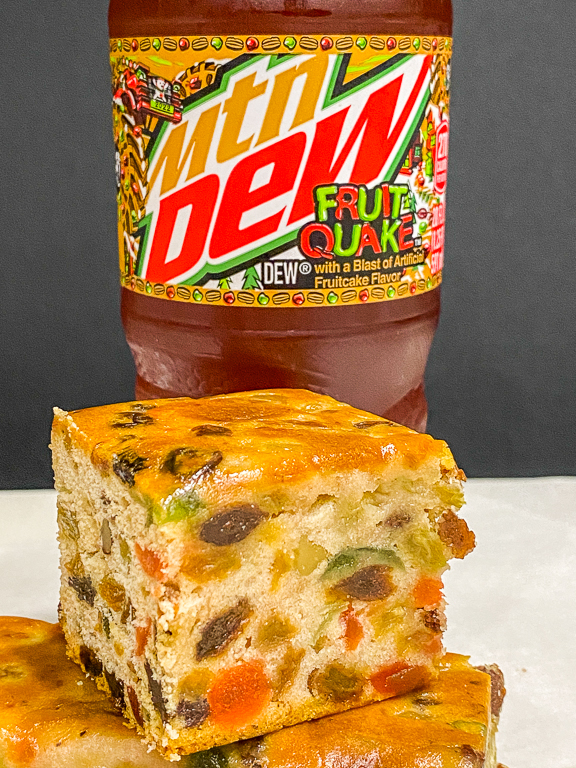 Let's take a closer look at that label. It appears that we have a Monster Truck on the left with wheels made of fruitcake. The truck has a driver, but it's difficult to make out any details, other than he's wearing a green coat. The truck has antlers and in the back are presents. On the grill of that truck is a teddy bear strapped to it, along with a 2022 license plate.
The right side of the label has a house that seems to be broken in half, by an earthquake I suppose.
Bordering the top and bottom of the label are candied cherries and nuts.

And since we both have FruitQuake Mountain Dew and Fruitcake, we decided to Facetime each other and have a joint taste test! 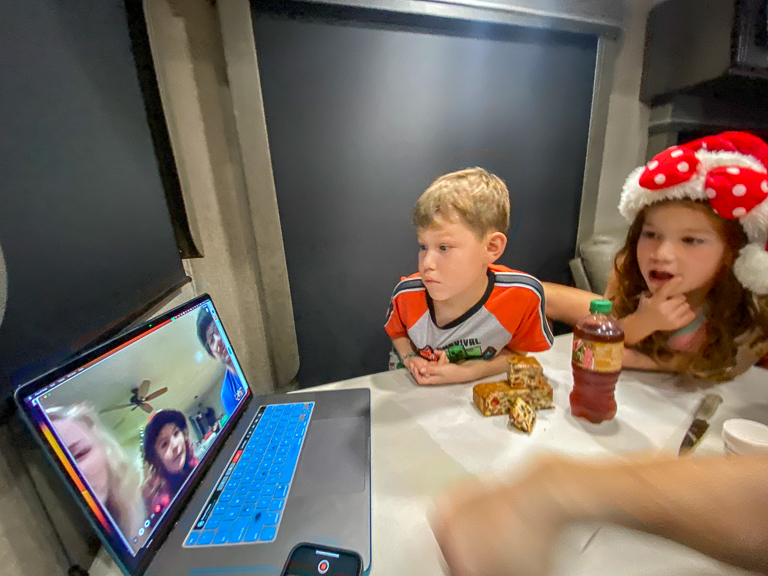 First up, let's all try the FruitQuake Mountain Dew. Cheers! 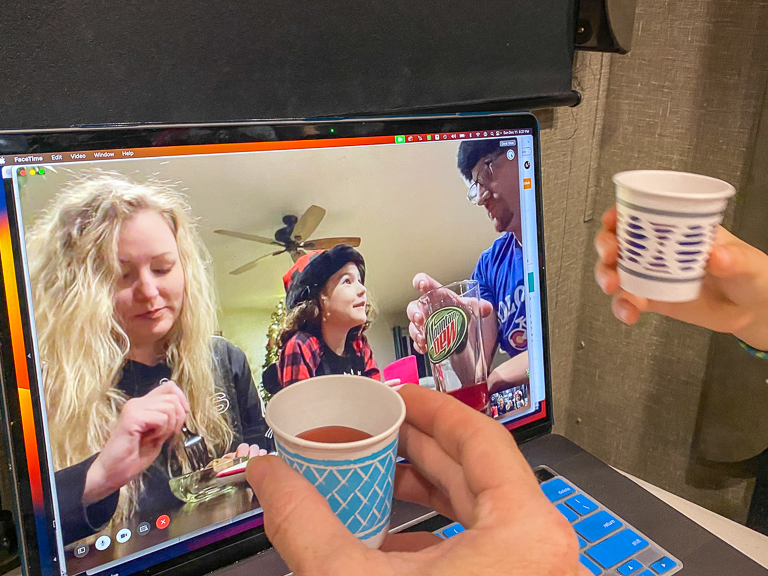 Depending on the light, this looks like a brown or a deep red. How does it taste?
Joe - Let's see if this is Holiday flavored.
Ian - That's kind of good.
Avery - Delish!
Megan - I have my thoughts.
Alli - Delicious!
Theresa - What does that taste like?
Alli - Cherries!
Joe - I don't hate it.
Theresa - It's not horrible.
Megan - I don't hate it. I think that what they did was saved the Gingerbread Dew from last year and mixed it with Code Red. It's cherry with Christmassy spices.
Avery - Yummy yummy yummy yummy. I taste strawberry, kiwi, and also pineapple.
Megan - Cherry and cinnamon.
Theresa - I'm feeling a little spice in my throat from it. A little hot. Like the Flamin Hot Dew we tried. That aftertaste is making me not like it as much. 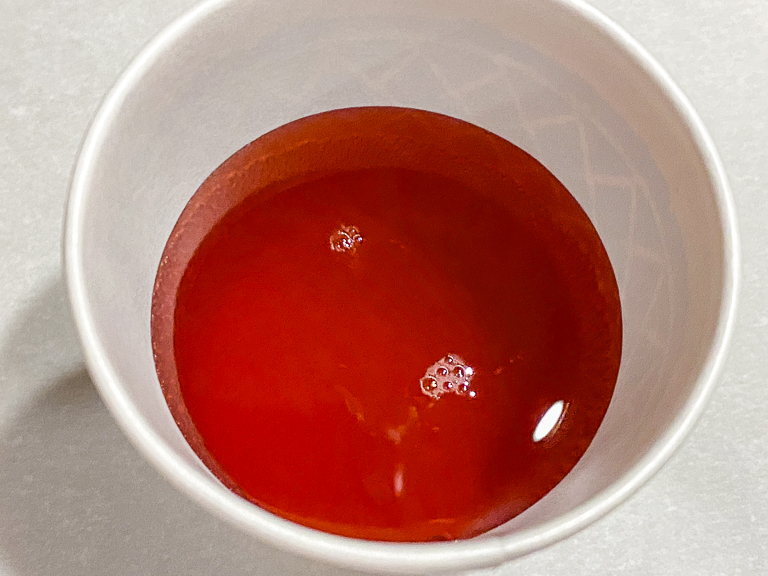 So, I don't recall that I've ever actually had fruitcake before. I know everyone disses it, saying how horrible it is. Can it really be that bad?
Giving it a sniff, it smells like candy. It seems like it is going to be very sweet. 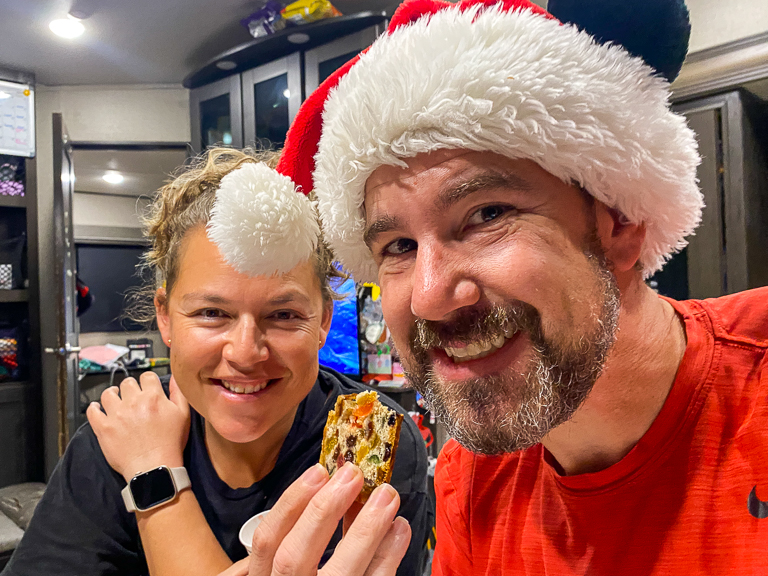 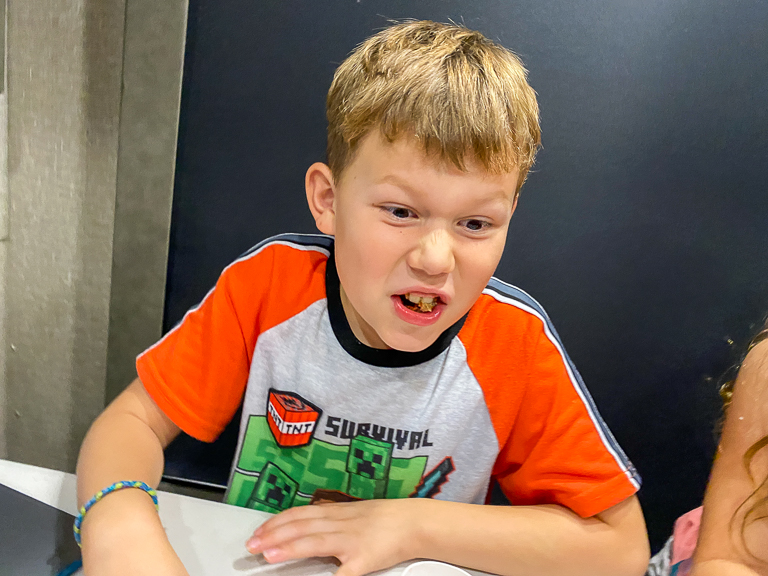 Theresa - It smells horrible.
Ian - It tastes horrible.
Theresa - I ate a little piece of it. And again, I never need to eat it again. I'm going with no.
Joe - You guys are over-dramatic. It's not bad at all. 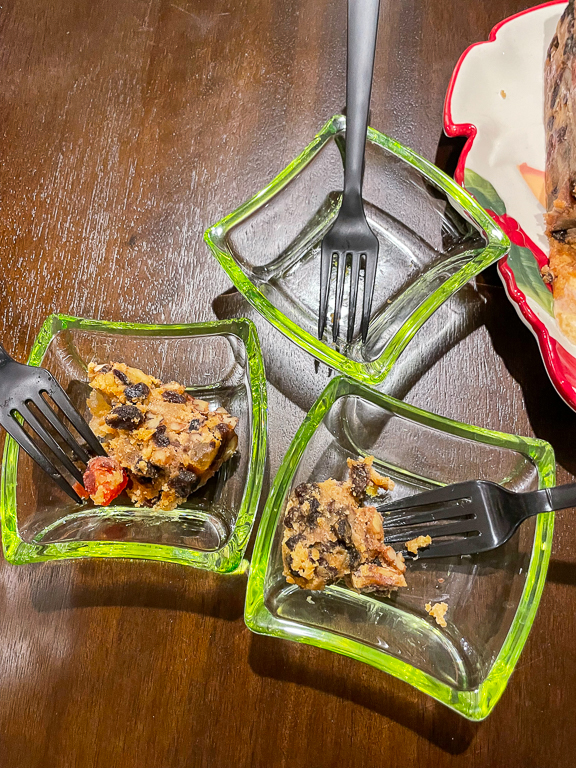 Update:
My brother Patrick went back to the store and grabbed a few more photos of the display he found.
It says that this is NOT Your Traditional Fruitcake. 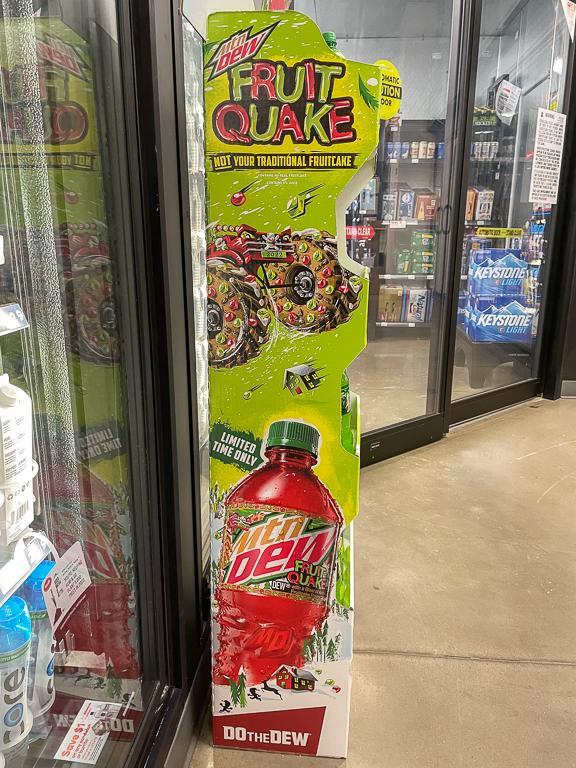 Ah, and we can see a much clearer view of the driver of that Monster Truck. It looks a lot like Santa in a green suit with sunglasses on. 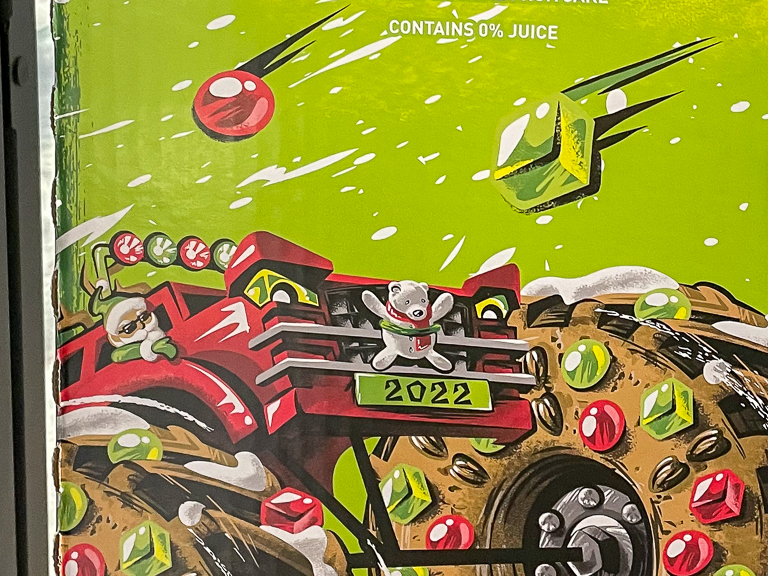 And despite the dark brown color of our bottle, the display shows this to be a red liquid inside.
Thanks for the additional photos Patrick! 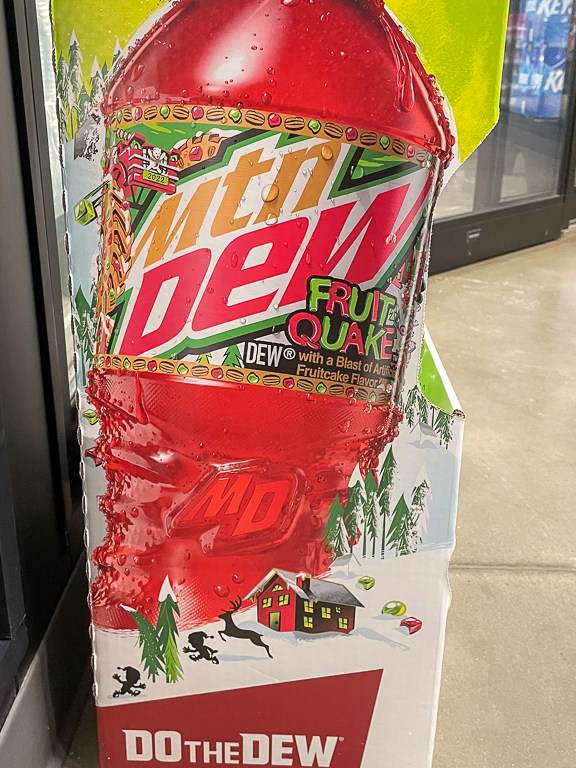