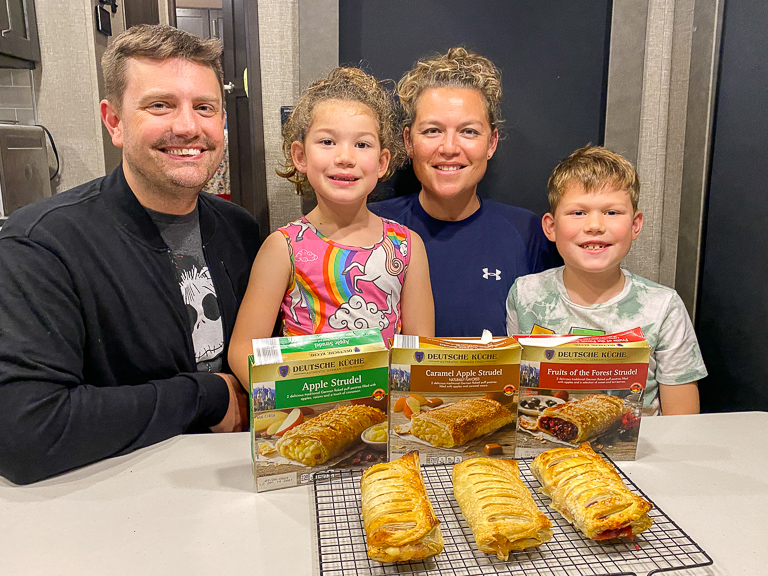 Imported all the way from Germany and still only $3 for two of them! They come frozen, so you can heat them up whenever you're ready for them!
There's three different flavors they found for us to try. Apple Strudel, Caramel Apple Strudel, and Fruits of the Forest Strudel. 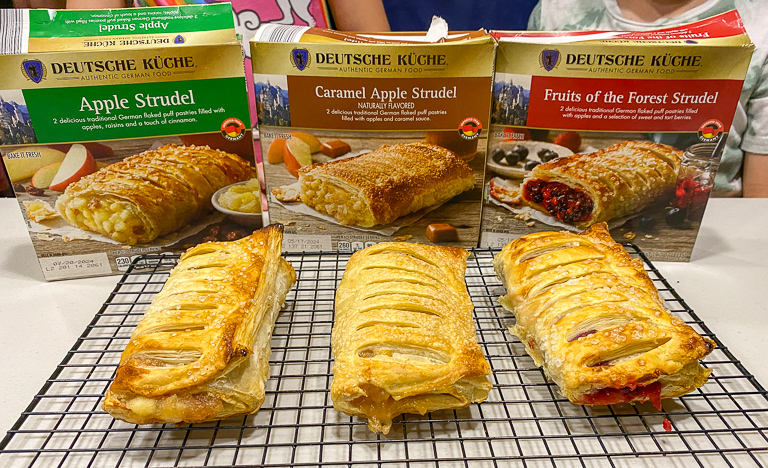 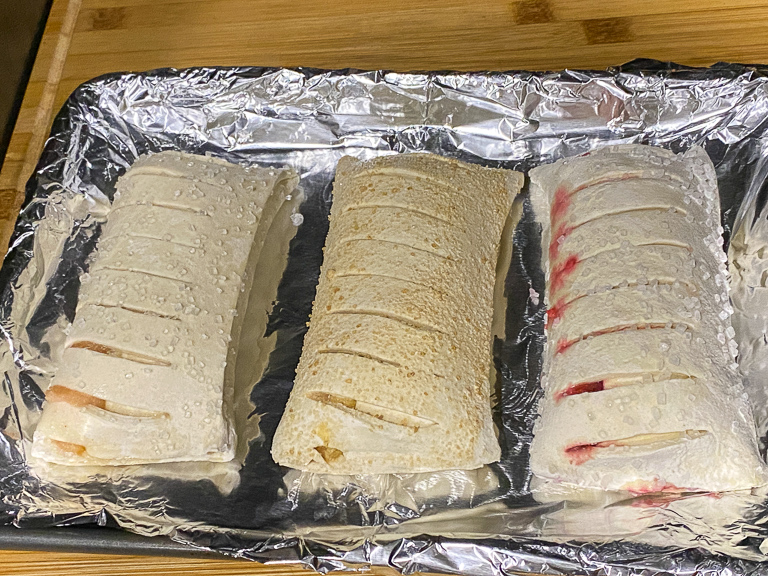 And 35 minutes later they are beautifully browned.
Theresa actually read reviews that suggested cooking them on 375F instead of 400F. It gives the insides more time to cook without over-browning the outsides. I think that worked out perfectly. 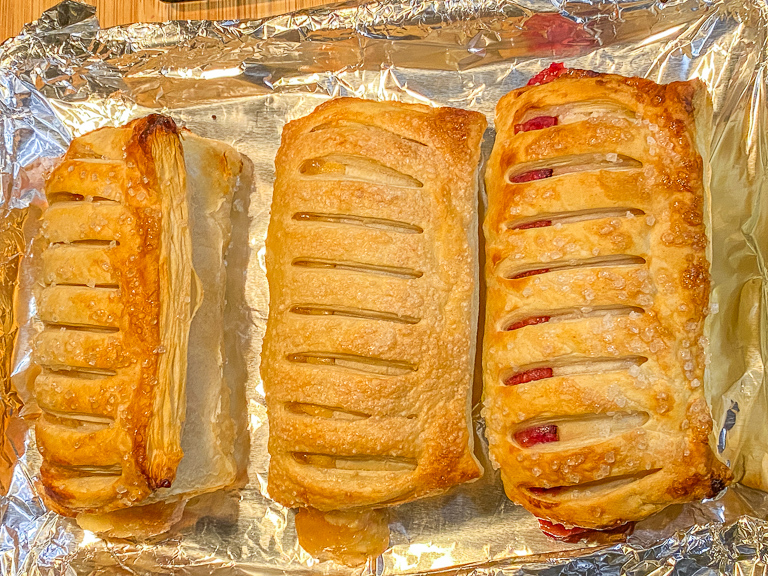 Oh my. Look at those flaky pastry layers. 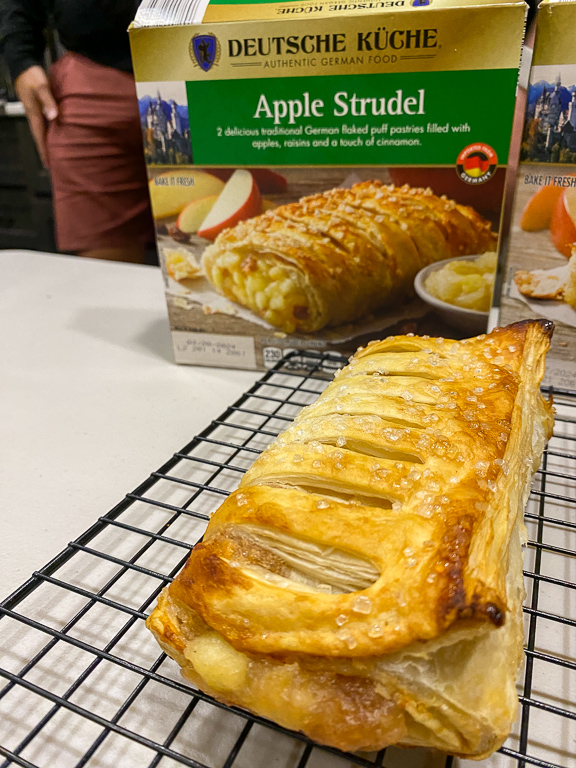 And those flaky layers continue through the whole thing. The middle might not have as many apples as the box shows... but it still looks tasty. Even letting it cool for 10 minutes, it was still piping hot. 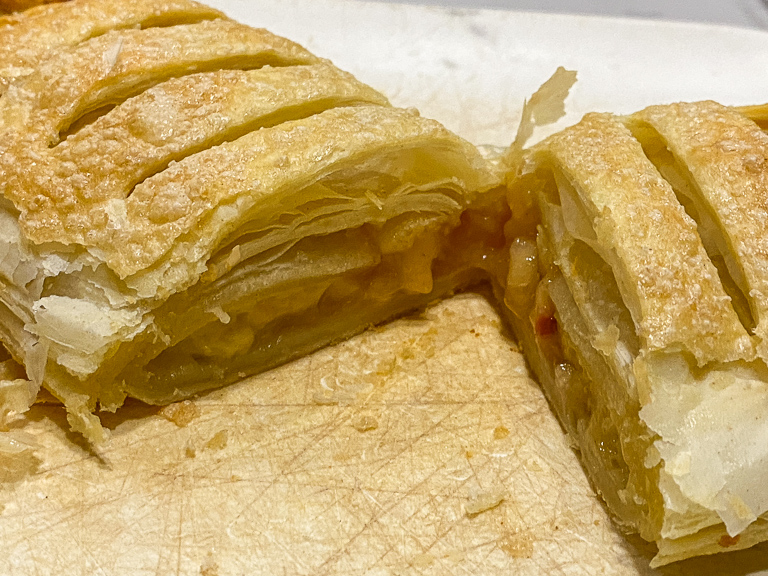 The Apple Strudel was delicious. Tasty apples with a little cinnamon.
Jacob was spot on though when he said it would be so much better with vanilla ice cream. A little creaminess would make this one perfect. 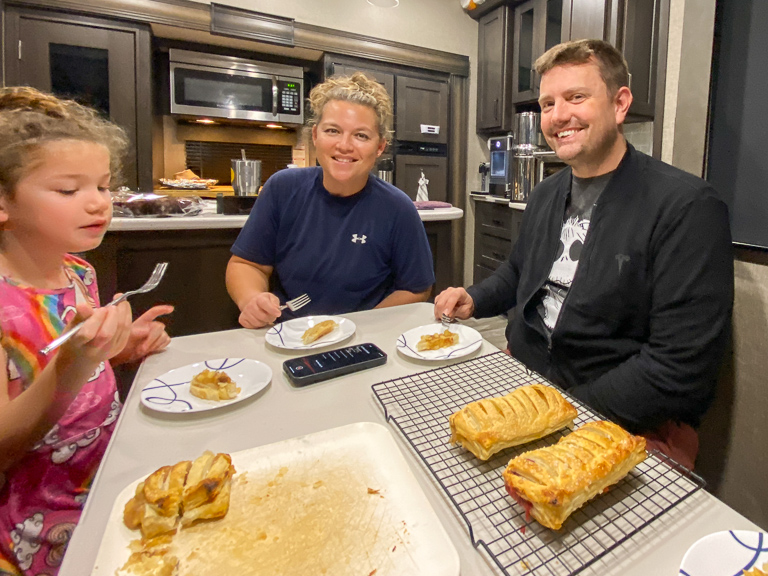 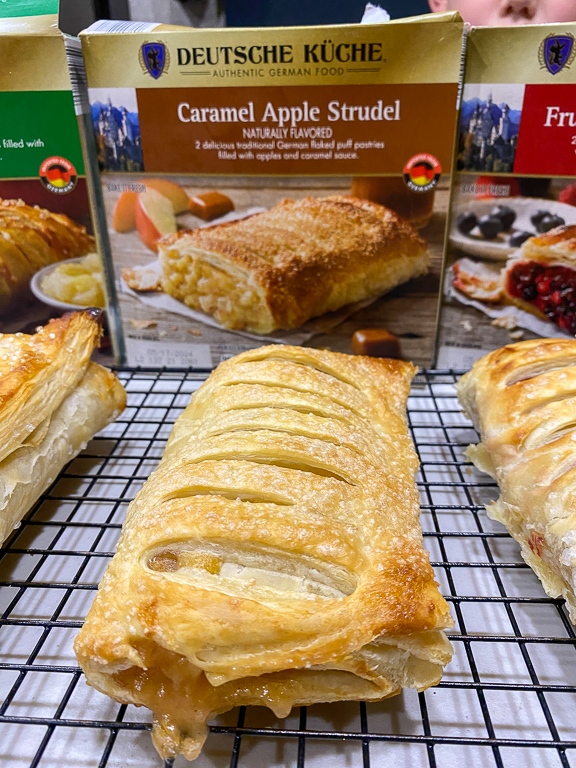 This one was a little different. I was expecting to really like the caramel sauce, but all five of us found this one to taste a little weird. I was getting a strong "cupcake" flavor. Ian also mentioned a Funfetti type flavor. I'm really not sure why, but this was the least favorite of all of us. 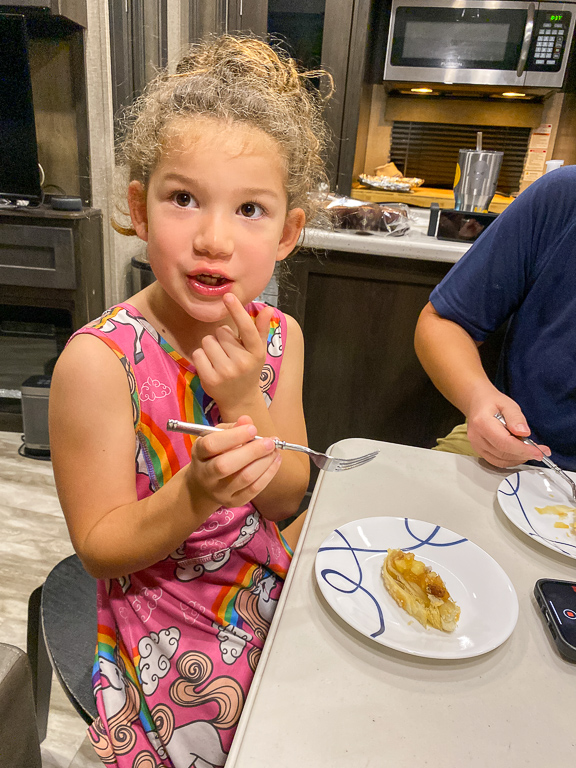 Fruits of the Forest Strudel - Traditional German puff pastries filled with apples and a selection of sweet and tart berries. 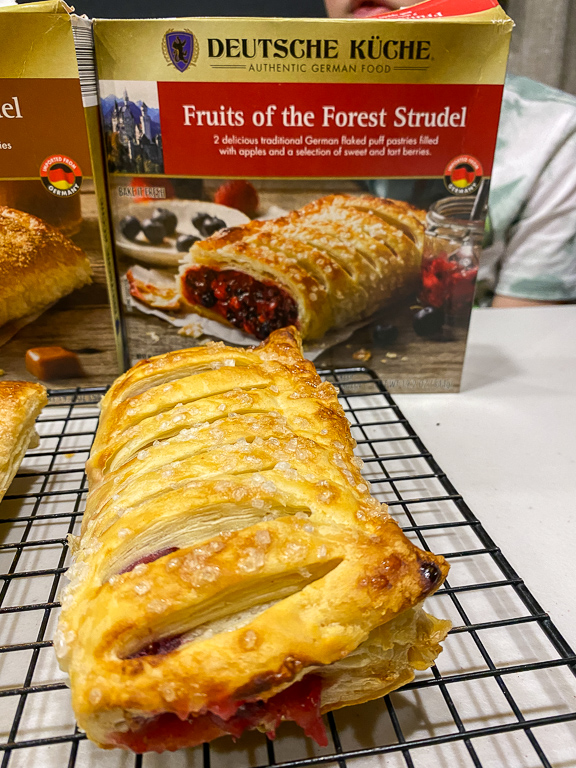 Checking the back of the box, those sweet and tart berries include redcurrants, blackberries, raspberries, and blueberries.
Theresa noted that there were seeds inside here. I really liked the flavor that the berries give it. It's much more complex to me. Alli and Ian agreed with me that the Fruits of the Forest Strudel is the best.
Jacob and Theresa liked the Apple Strudel best, so that's 2 votes for Apple and 3 for Berry. Both of those were delicious though. The only one I would skip is the Caramel Apple.
We also saw online that they have savory strudel! I'd like to try those as well!
This was a tasty holiday treat! 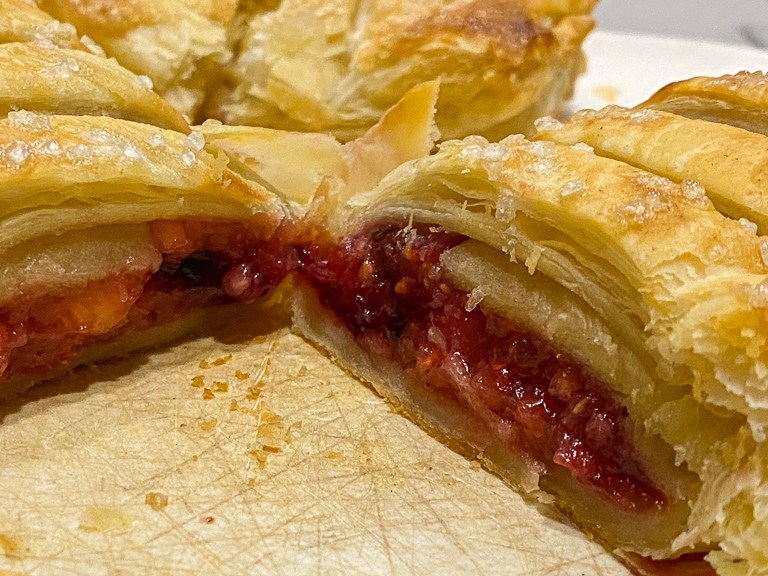