Well this is something interesting. Mountain Dew has decided to make something spicy! It's time to try the Flamin' Hot Mountain Dew!

What should we have to go along with it? I think Doritos and Mountain Dew just go together regardless. 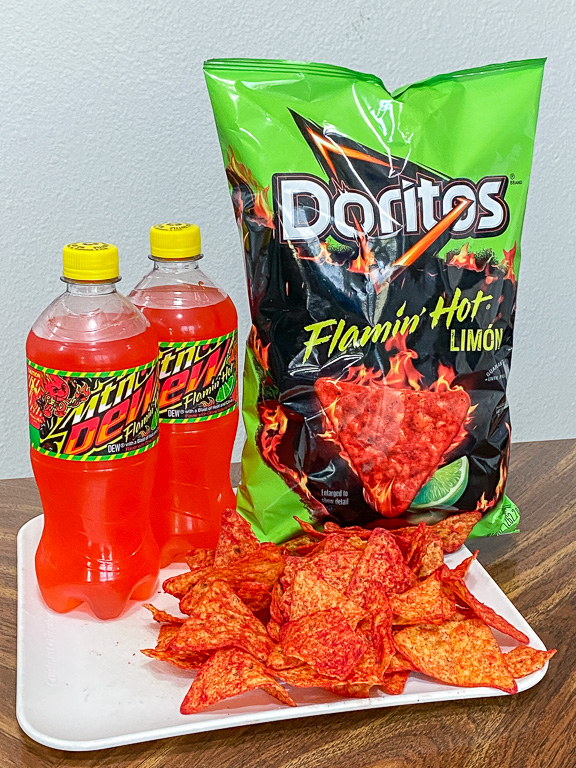 This Flamin Hot Mtn Dew says that it is DEW with a blast of Heat and Citrus. The label has a lime on it, as well as flames. I chose the Flamin' Hot Limon Doritos because they are the same thing! Heat and citrus! Caution! Flamin Hot Taste. In a soda. This is going to be interesting if nothing else.
I like the little mascot on it. A flame with gloves and a match that's also on fire. 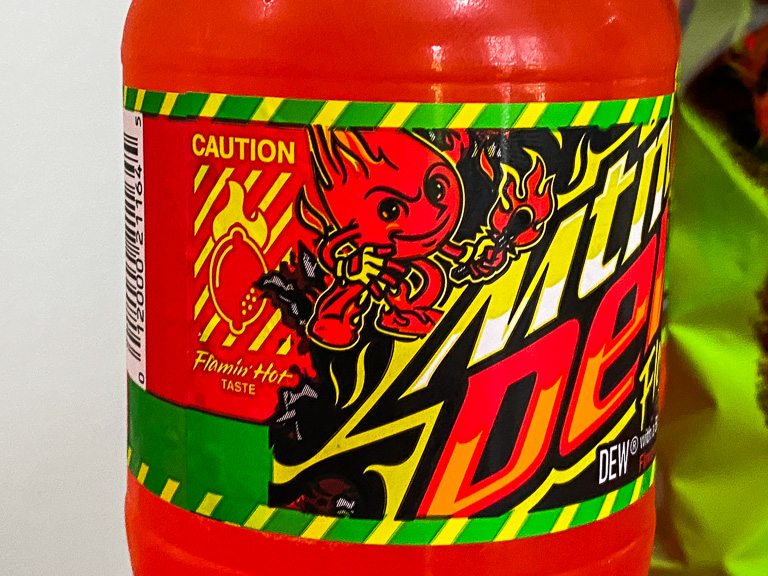 These chips aren't messing around when it comes to the Flamin' Hot coating. These are dusted with so much powder! 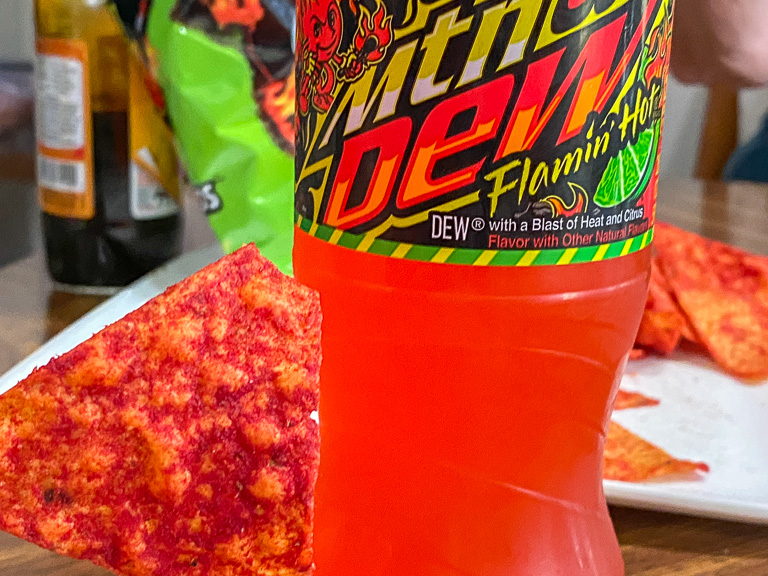 I have to say I was very surprised that the kids were going to participate in this one. Avery chose to skip this one. Fair enough.
Ian - I'm not a spice wimp anymore, but I still don't feel like it's going to be tasty. 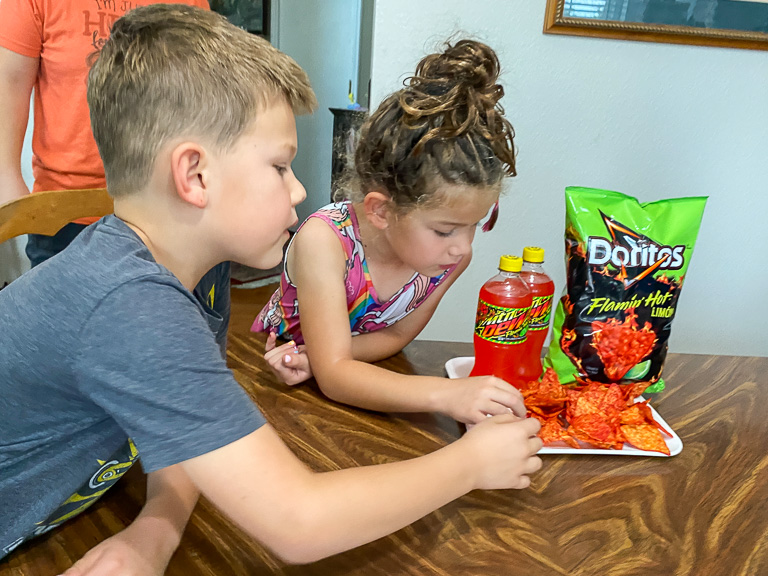 Ian - It's not bad. It's not good either.
Patrick - It's pretty spicy.
Theresa - I like the chip just fine. It's Flamin' Hot Lime. I wouldn't pick it. But it's fine. 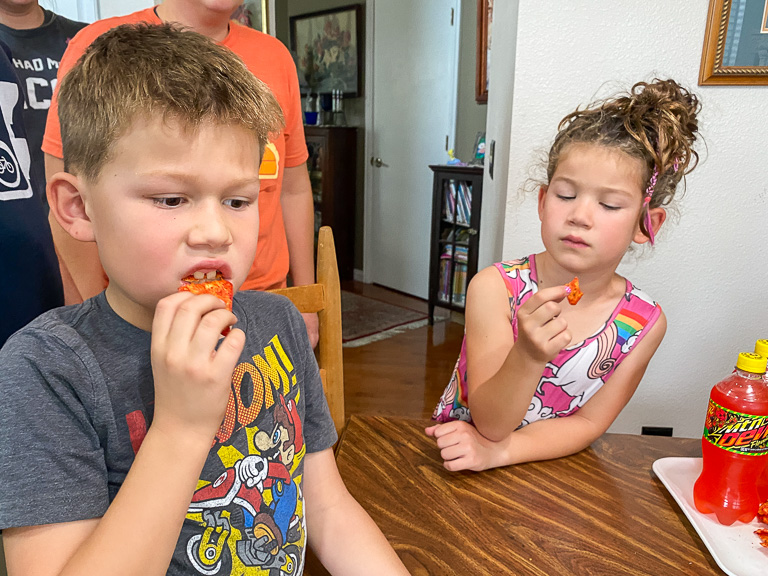 Sheila - My mouth is on fire. It's too spicy.
Mickey - I like them!
Ian - That's a little overwhelming.
Patrick - Those have a kick! 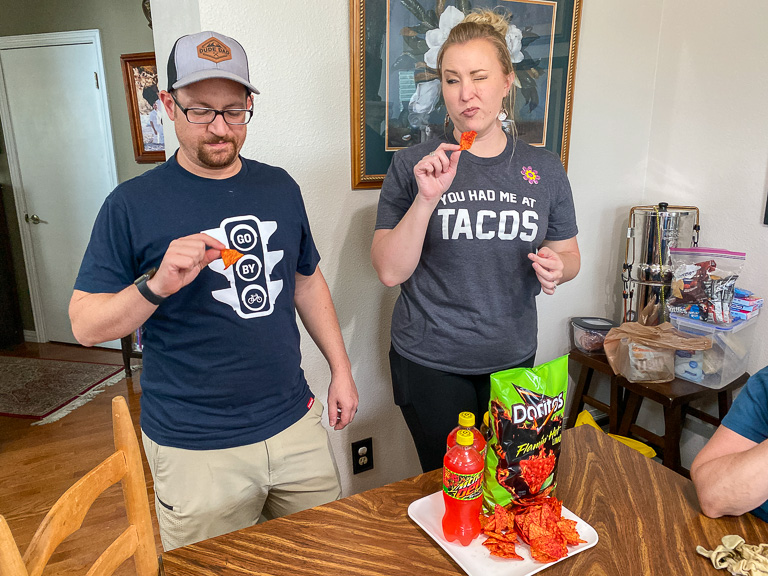 Joe - I like the chips, but I need to get that spicy flavor out of my mouth before trying the drink. I want to see if the drink is spicy, and not just the leftover flavor from the chips. 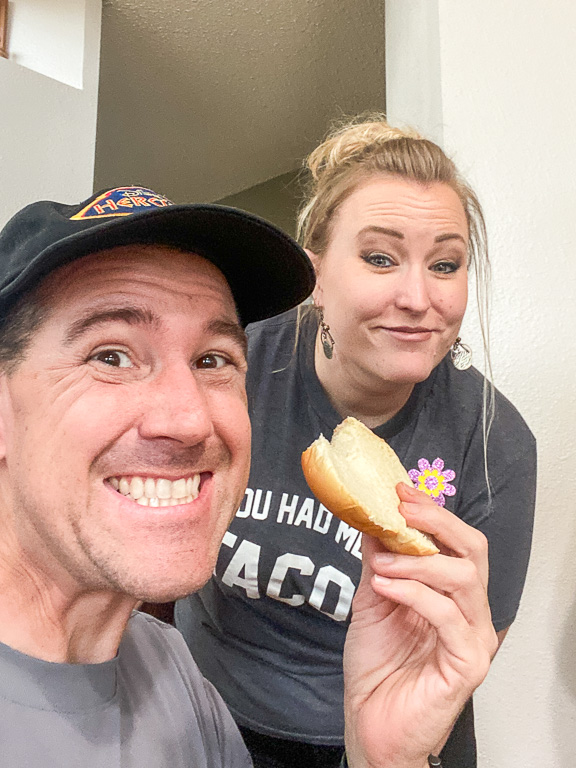 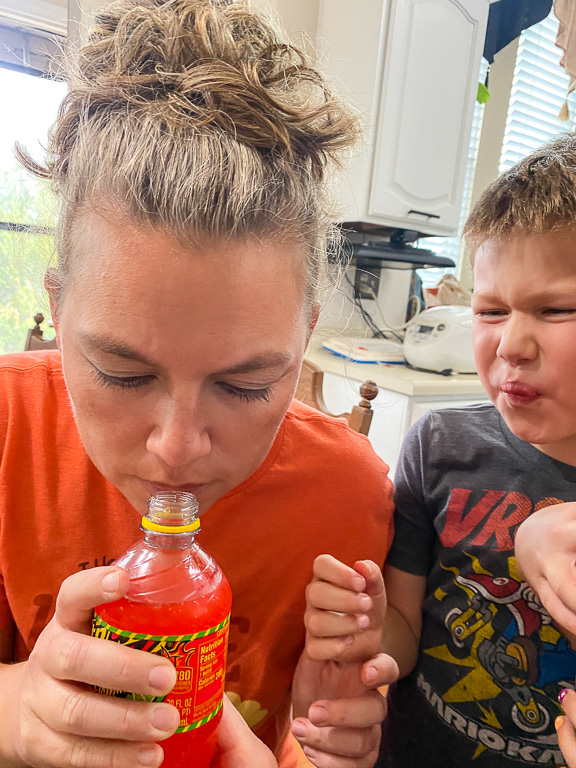 Patrick - I get the cinnamon.
Joe - It tastes like someone added Atomic Fireballs to it.
Theresa - I feel the heat in the back of my throat. It tastes a lot better than I was expecting.
Joe - It doesn't have a strong Flamin Hot flavor. More citrus.
Patrick - It's got a little bit of an afterburn. 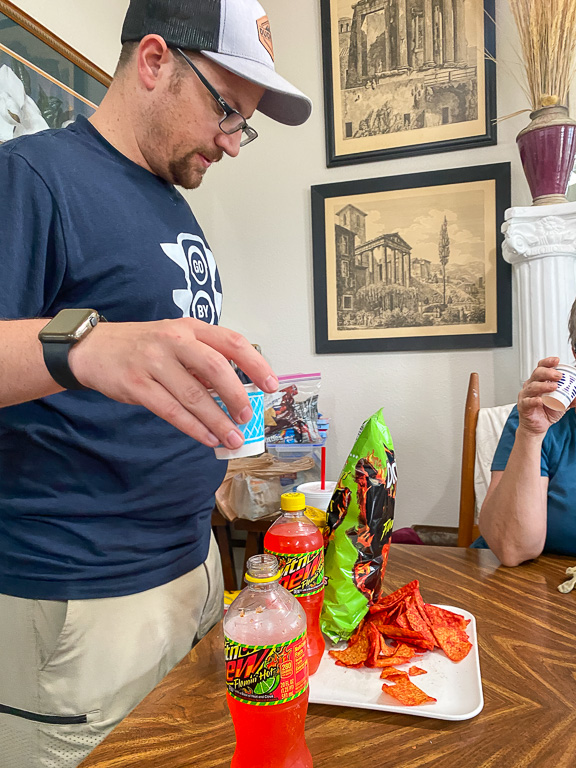 Sheila - Maybe the Doritos burned our tastebuds.
Mickey - I think I like it, but I'm going to have to try more chips to be sure.
Theresa - I like the drink way better than I thought I would!
Patrick - Not my top 5, but it's got a good flavor. It's got a weird refreshing, ah Mountain Dew, and then a little heat.
Mickey - Leave the chips! I could eat the whole bag! 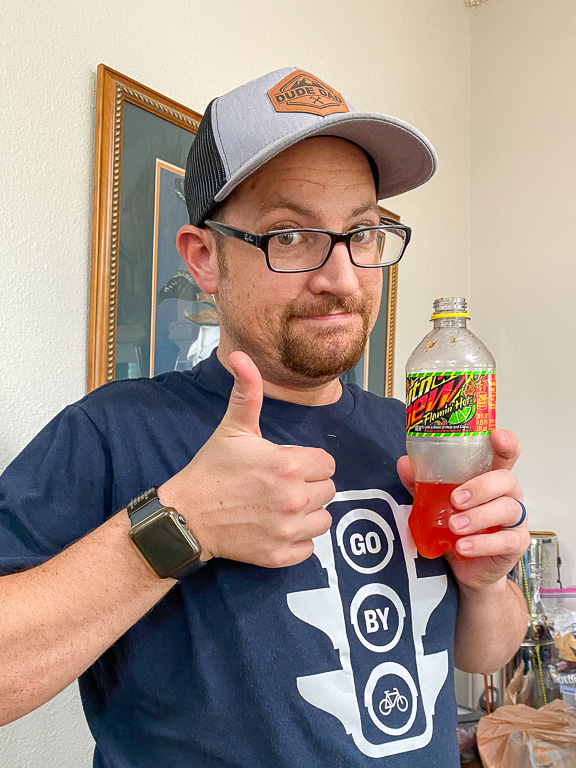