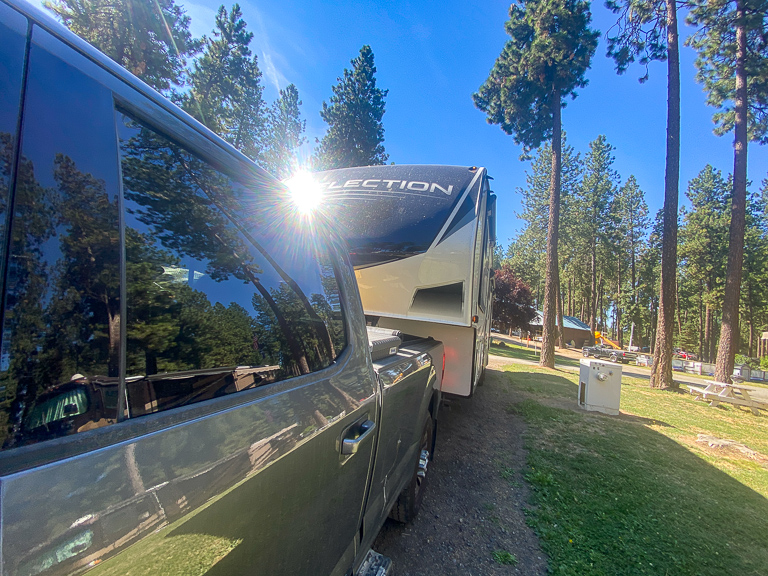 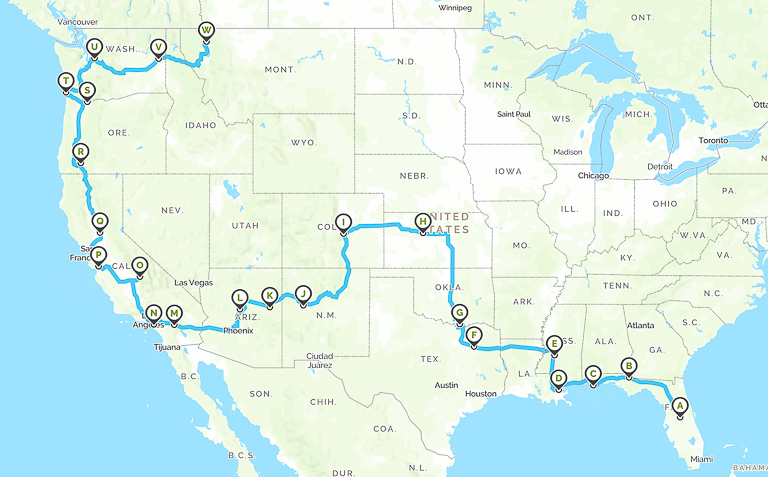 Our travels are taking us through the tip of Idaho. 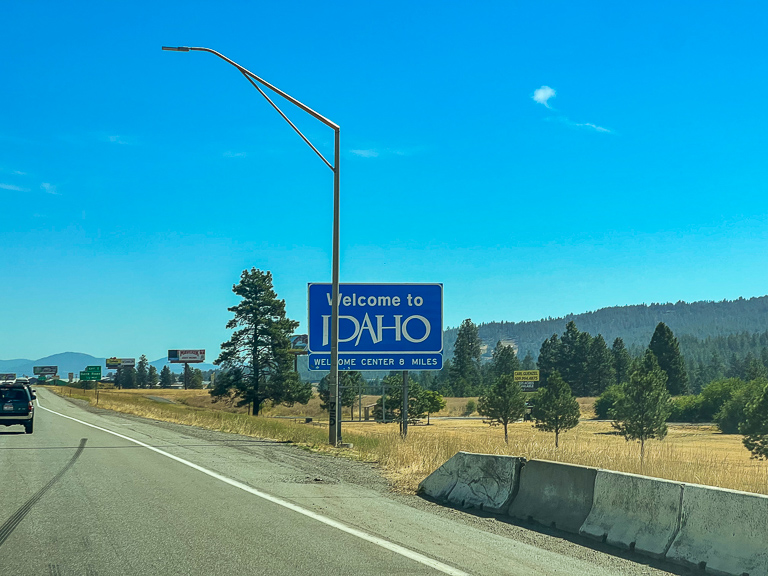 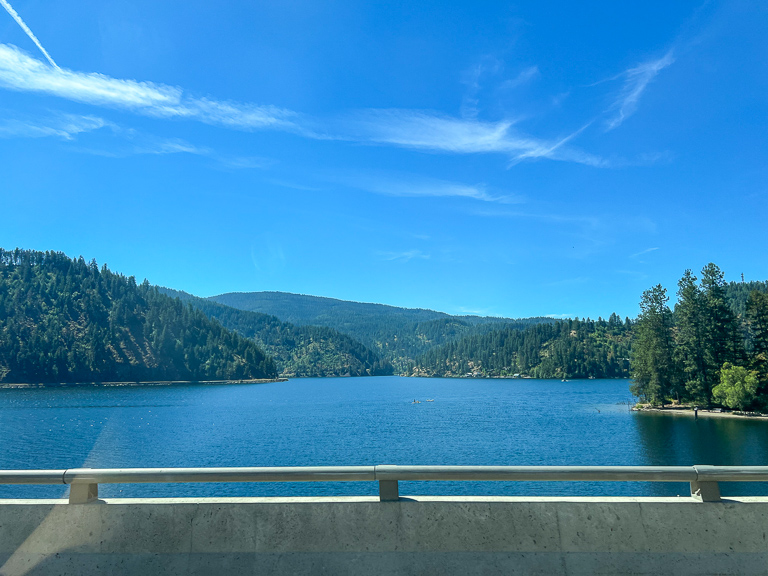 And right into Montana! 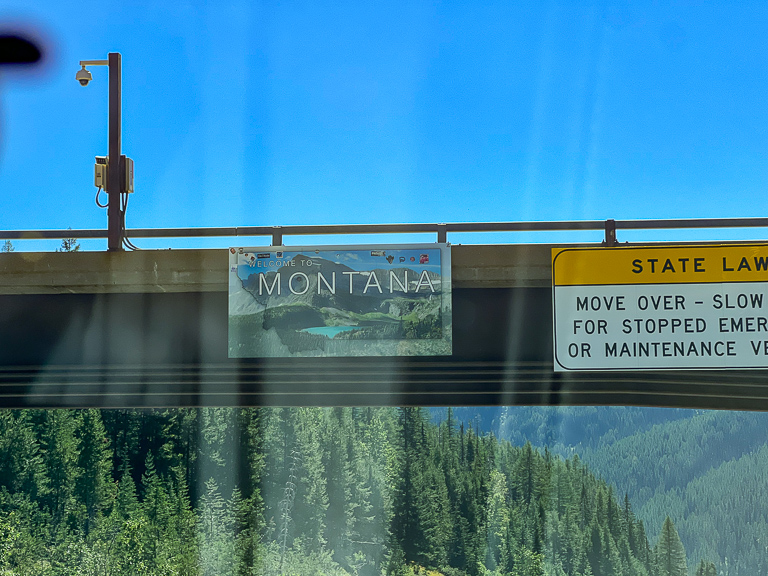 In the distance we can see there's a pretty good size fire burning. 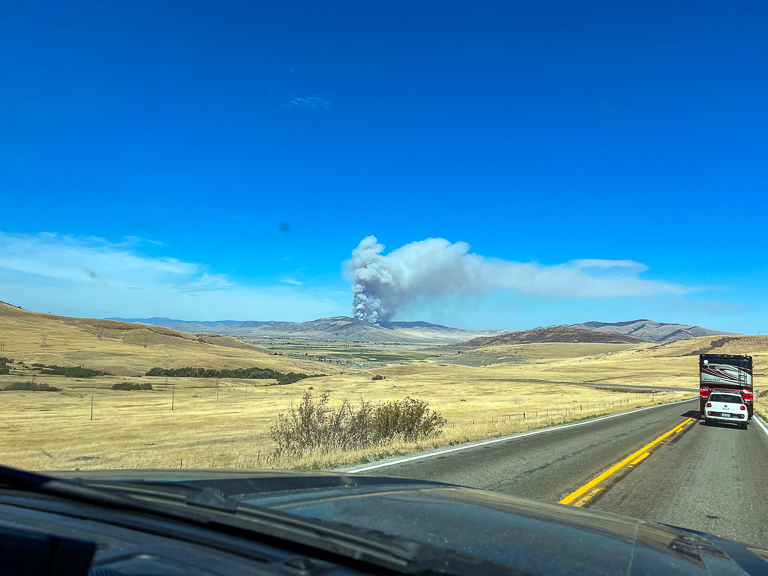 Theresa checking out the map and it looks like lots of Montana is burning. The kids were concerned.

Our path is taking us right up to the hillside where the fire is burning. Ian encouraged me to drive faster because he didn't want the fire to catch up with us. This Hot Springs fire isn't moving that fast, but I'm glad we're just passing through and not staying nearby. There's lots of dry grass in between us and that fire. 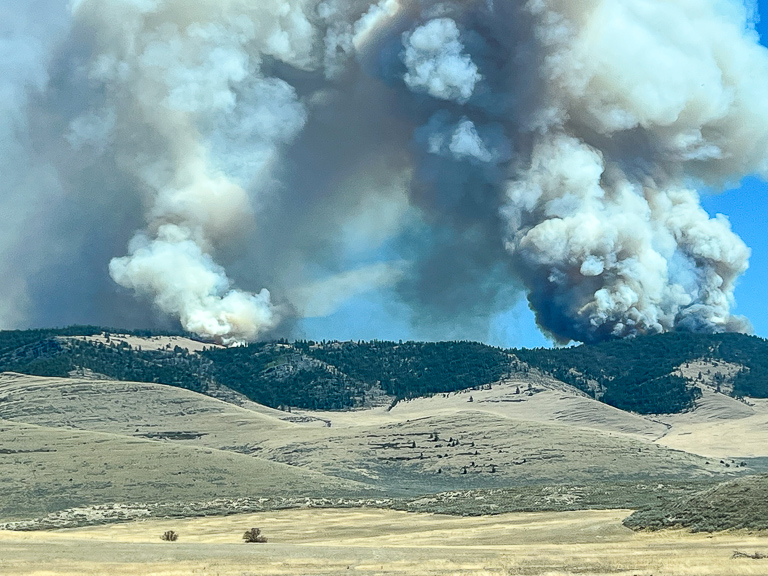 In the end we could see the flames cresting the hill.
And after we drove by, we could see another area that has already been burned. The fire only stopped once it got to the road. 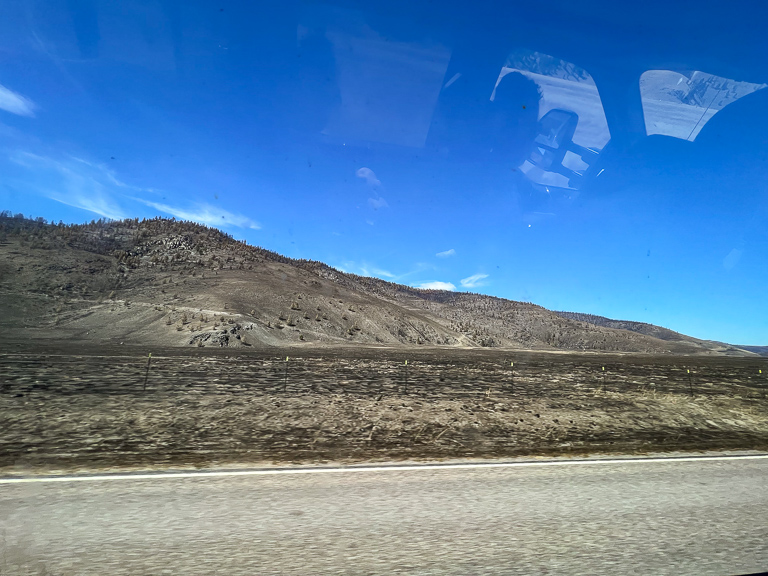 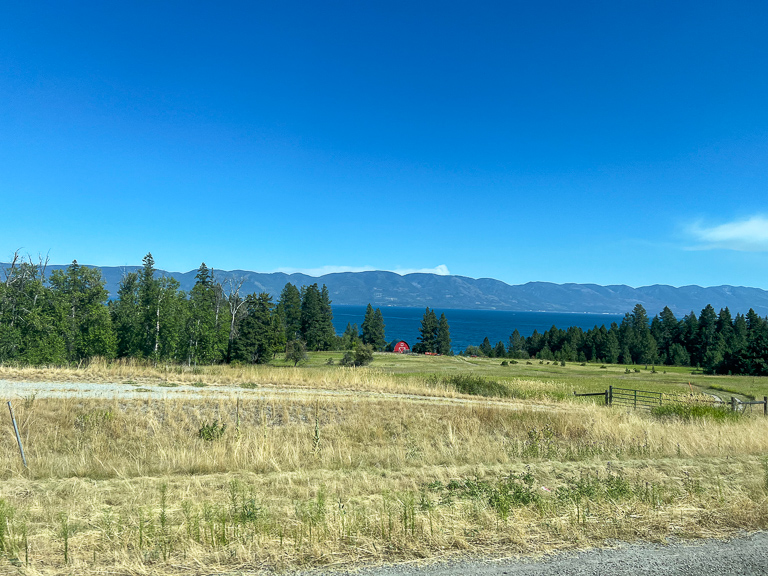 Here's where we'll be staying for the next couple days. Glacier Peak RV resort. I like their VW Bug pulling a motorhome display. 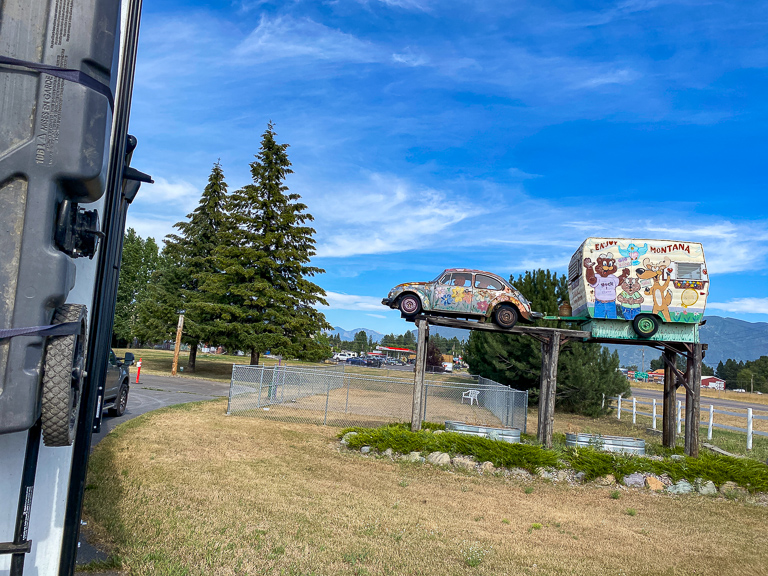 And now that we're here, let's check one more state off the kids' map of states they've visited! Montana! 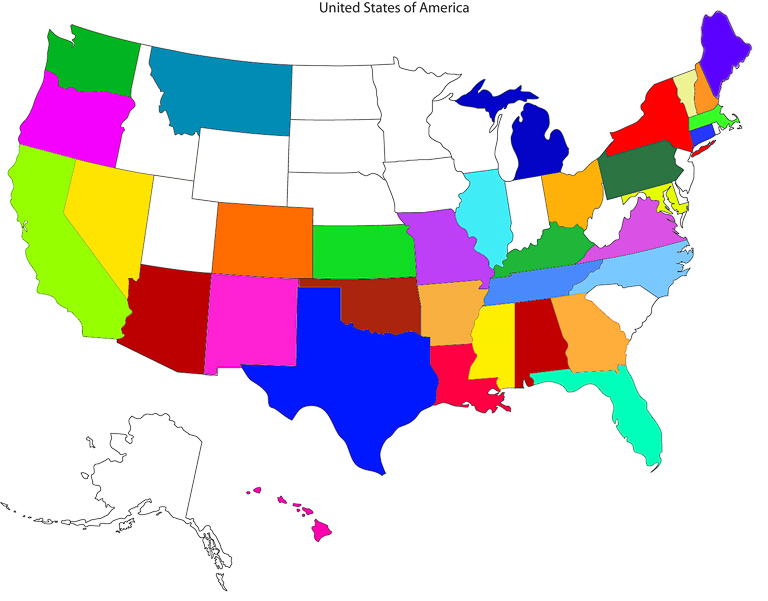 Exploring the rest of the campground, there's badminton to play.

And a pollination garden, filled with local wildflowers to feed the bees! 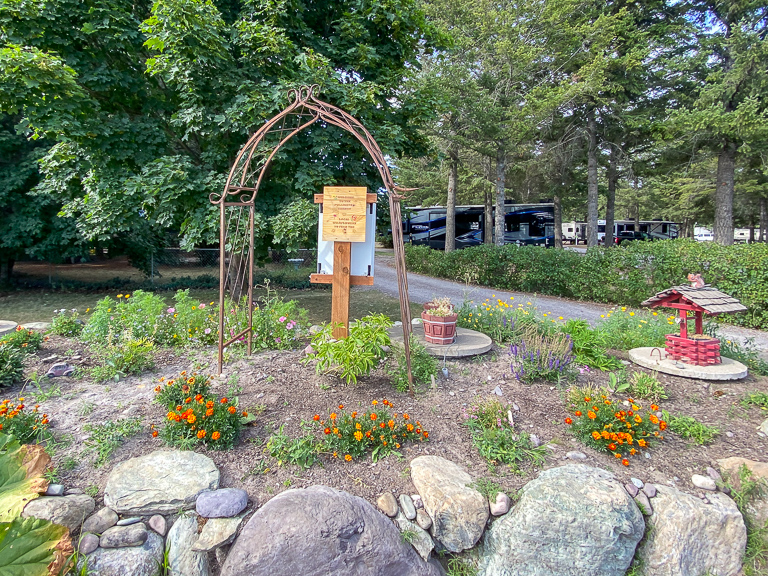 A small play structure to climb on. 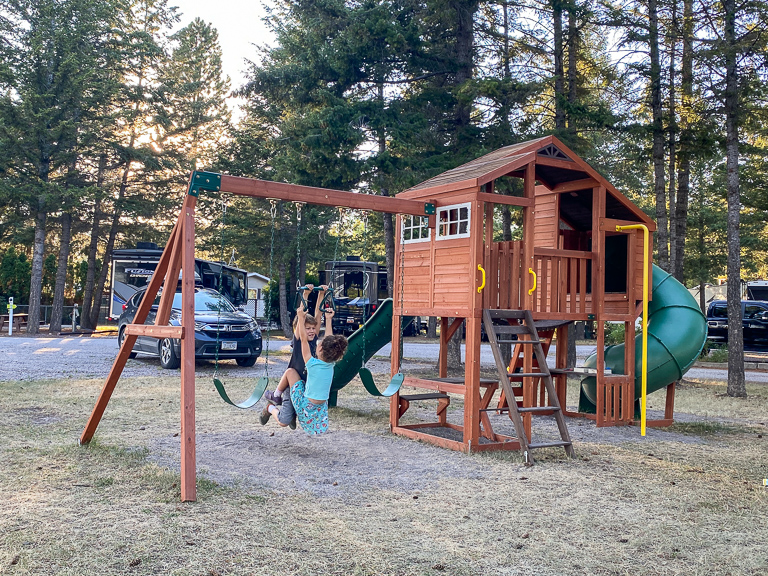 But the kids really liked that there was a gas station nearby with $1 drinks and slushies! 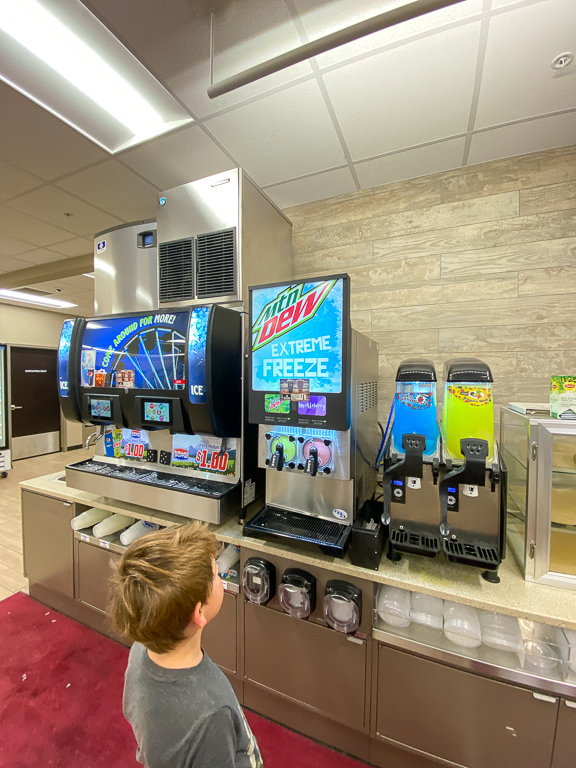 The area around here is famous for their Huckleberries! We are in about the right season for them. I wonder if we'll find some on our hikes. They have both a Huckleberry Slushie. 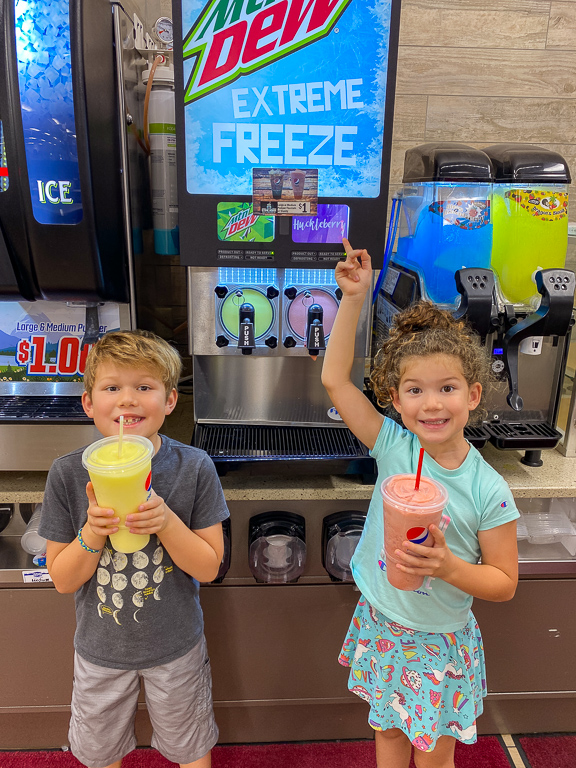 And even Huckleberry syrup you can add to any fountain drink. I opted for a Huckleberry Mountain Dew and it was delicious! 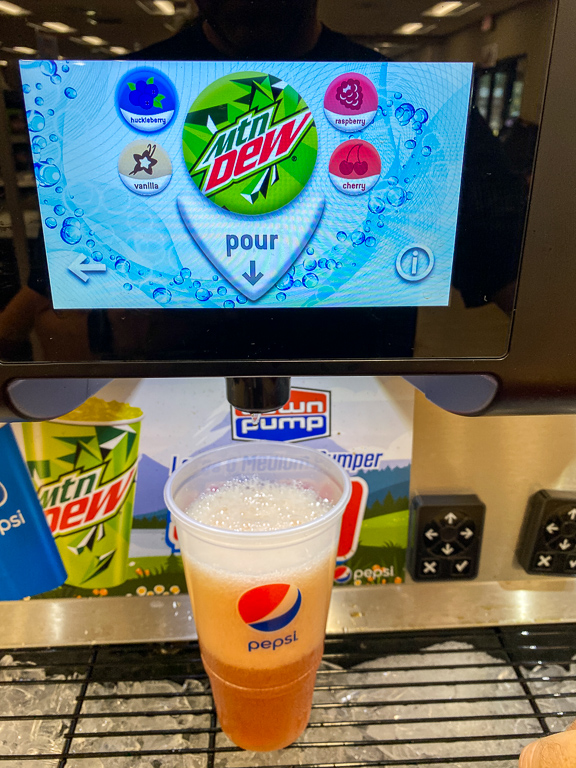 We came here to Montana to explore the Glacier National Park. It's a National Park that extends through the Montana Rockies all the way up to the Canadian border. Since we're so far north, there was even a chance that we could see the Northern Lights! That's been a dream for both Theresa and I. 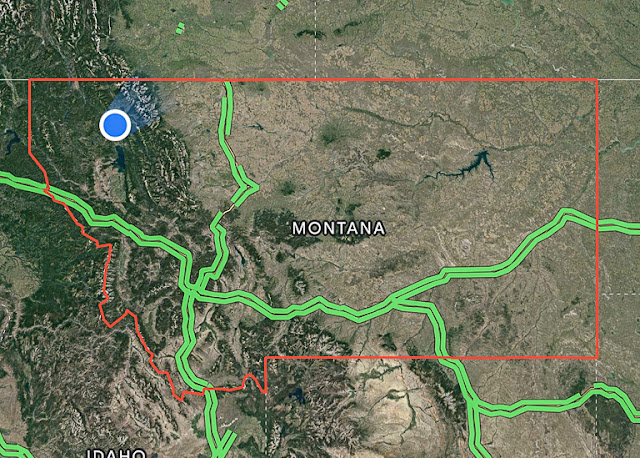 As luck would have it, there was a prediction that they would be especially strong one of the days we were there. Strong enough that they'd extend all the way down to where we were! 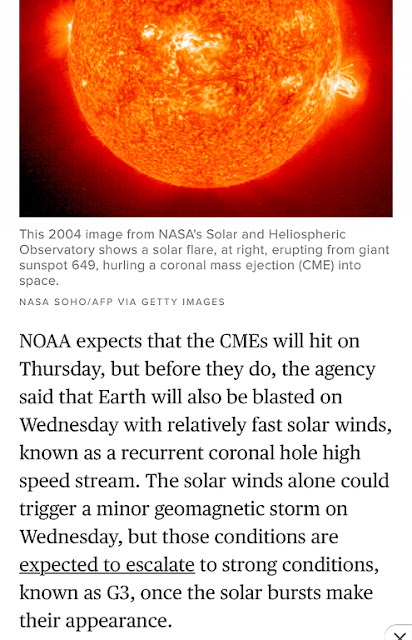 And since we're so close to a National Park, we drove to one of the darkest places in the park we could go. Right by Lake McDonald there's guaranteed to be no lights out on the water. 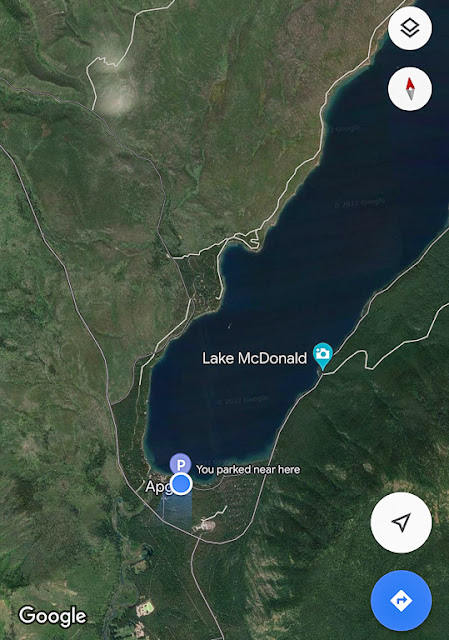 I parked the truck and we ate snacks and played card games while we waited. 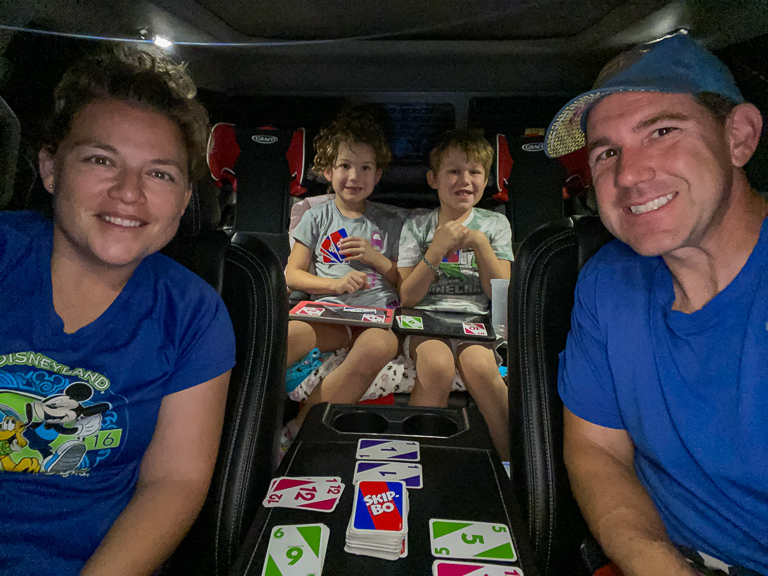 Luckily for us, there is a real-time predictor that shows us the Kp number. Higher is better. A Kp of 4.33 is really the lowest number where we can expect to see something in this area. A Kp of 4.67 is classified as a minor storm, and 6.67 is a strong storm. It goes up to 9.0 which is an extreme storm.
Right now we're sitting on a Kp of less than 2, so we can't really expect anything. So we waited... 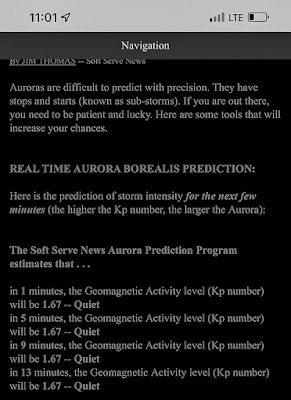 And the kids got tired. I pulled out their carseats and they laid down in the back. 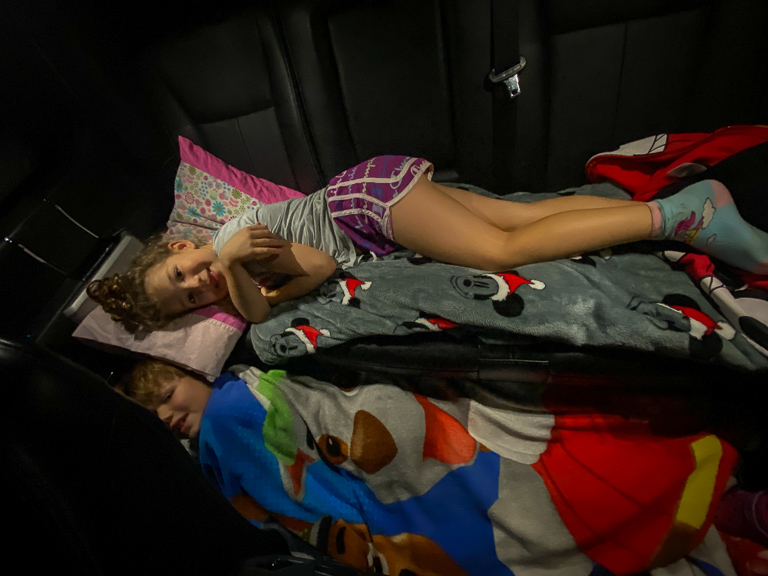 We would end up sitting out there until past 2am, with the Kp index never rising above a 2.33. Bummer.
The kids fell asleep in the back seat long ago.
Well if we want to see the Northern Lights we're just going to have to make other plans. 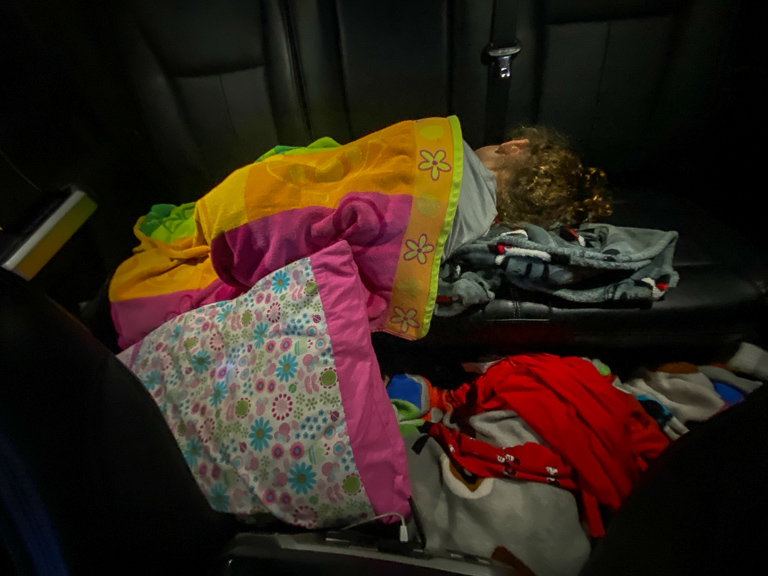 The next day we enjoyed the campground a little more. The kids played on the playground. 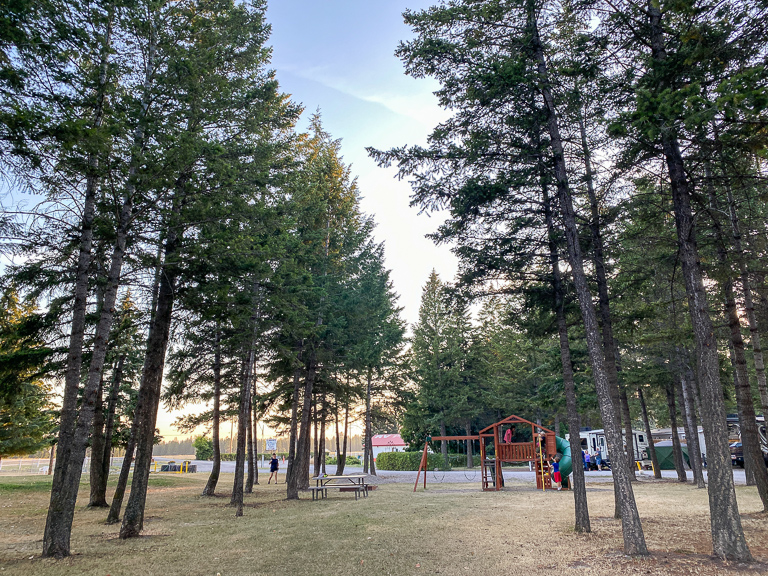 We threw tennis balls around. 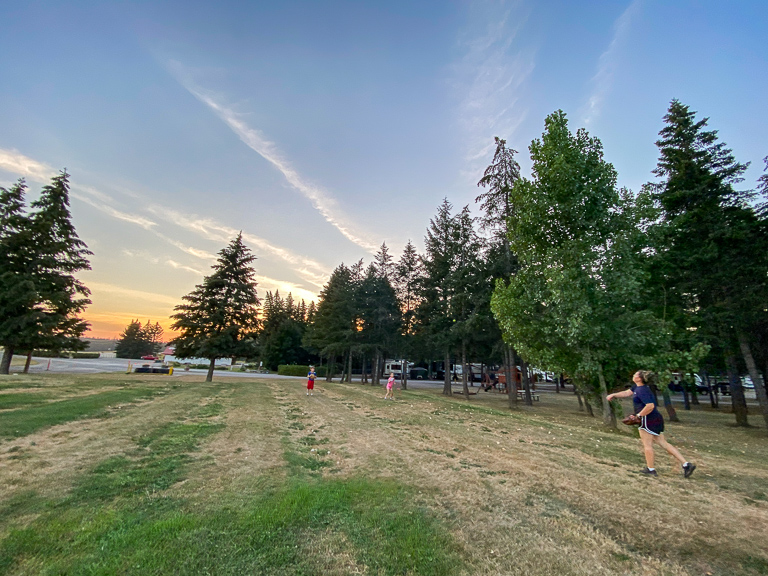 And of course took walks back to the store to get more slushies. I learned that you didn't even need to dispense soda to get the flavoring. Tonight I had a Huckleberry Dr Pepper with about 10 "shots" of huckleberry syrup! It was good, but probably a little much. You can have too much of a good thing apparently. 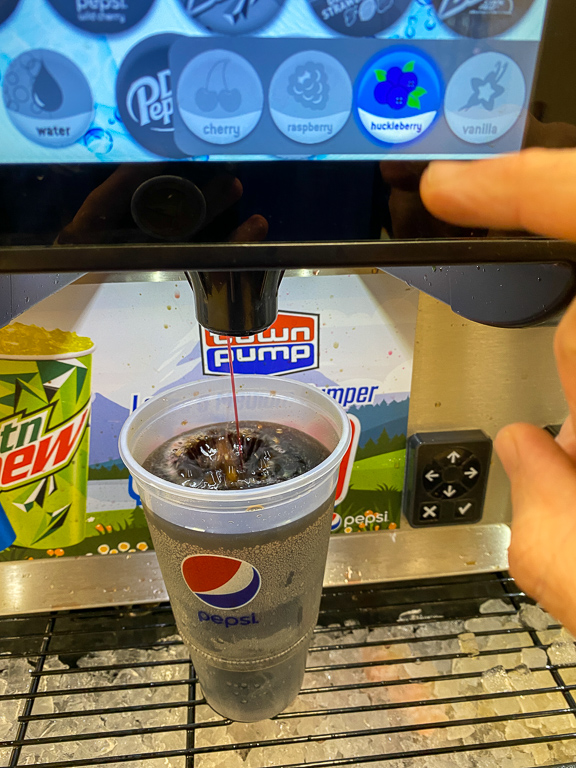 I'll have the rest of our adventures here written up in a separate post, but we had a great time exploring Glacier Montana! 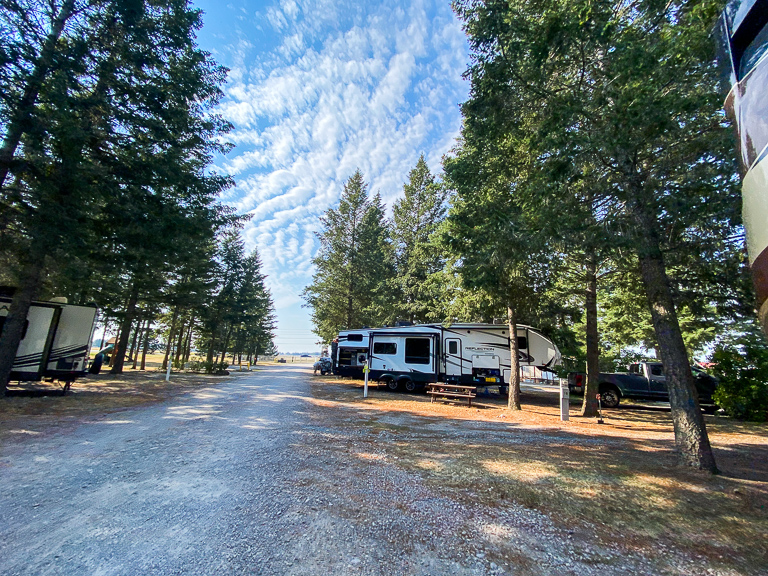