We try Dr Pepper Dark Berry and try to make our own! Taste test and comparison!

If you ask me my favorite soft drink, my answer has to be Dr Pepper. It's the best! But when Dr Pepper releases a new flavor, you know that we're going to have to try it! 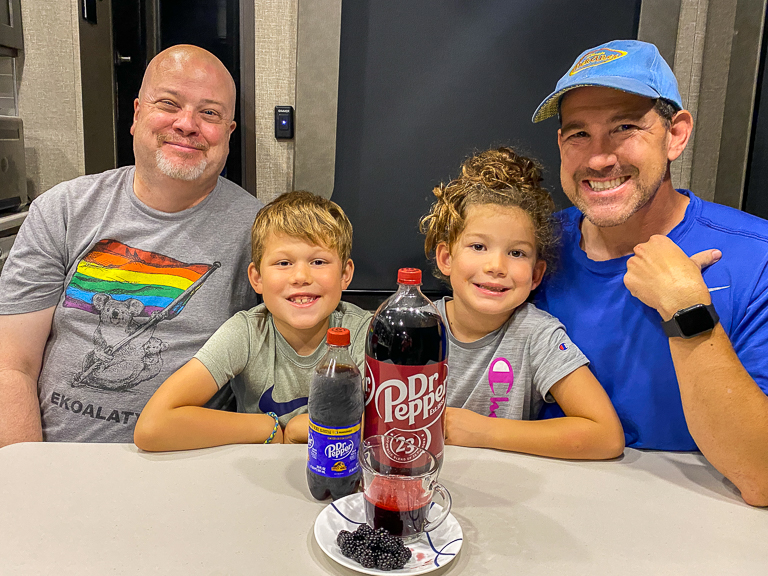 Dr Pepper Dark Berry. I always like to compare whatever we're tasting with something we make ourselves. In this case, what can I use for a Dark Berry flavor? How about blackberries? The darkest berry of them all! 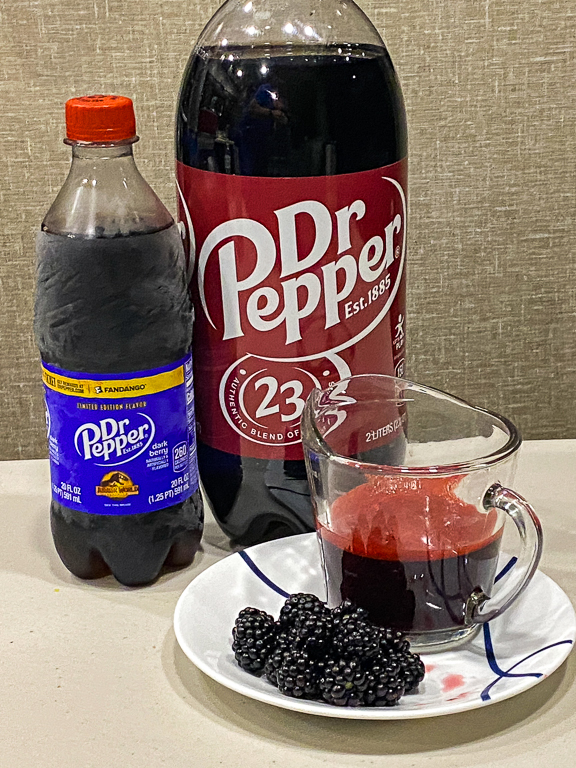 We're in the state of Washington, and it just happens to be blackberry season! And we've got a visitor! Our friend Todd moved up to Washington from southern California. 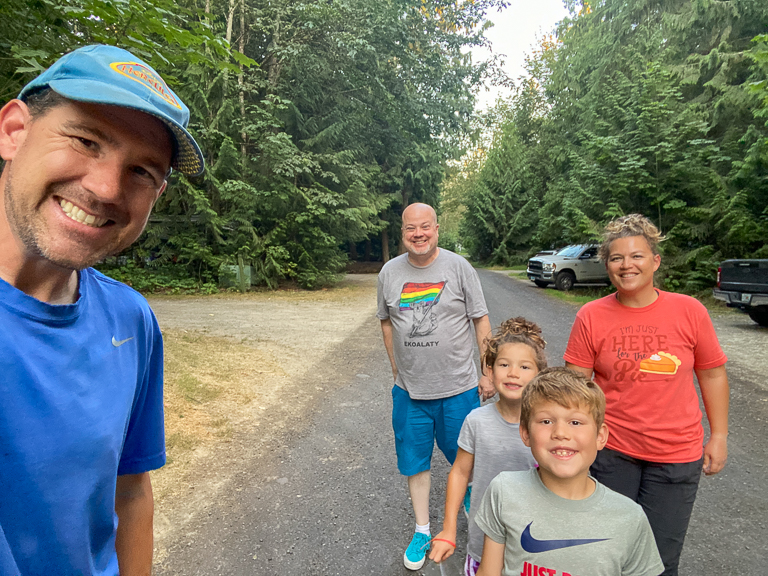 Everyone can help pick blackberries! They are growing all over here! Seriously, we were driving along the road and instead of weeds, there were blackberry bushes growing. 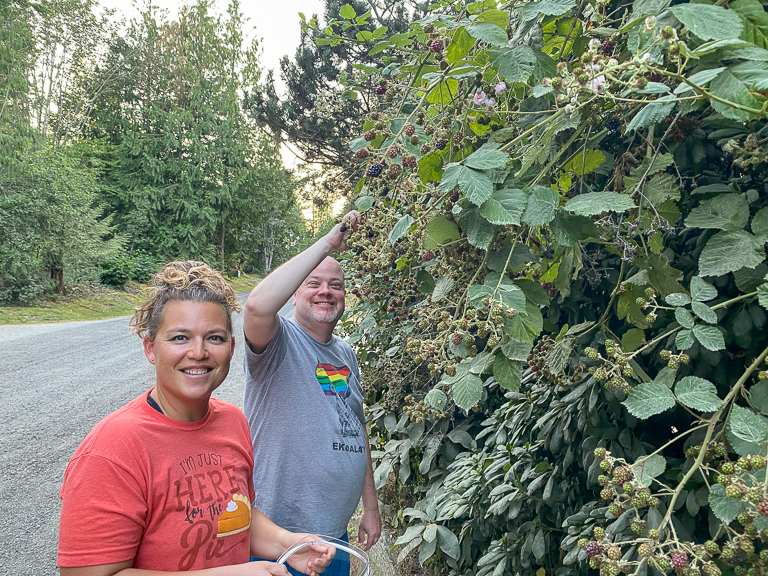 The bees are loving the flowers. Thank you for being a part of pollinating all these blackberries! 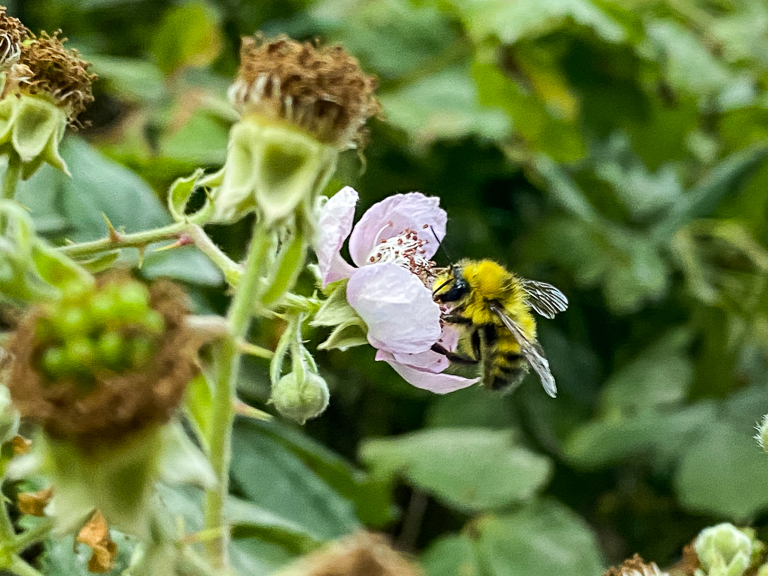 Ian thought the ones up high looked best, but needed a hand to get them. 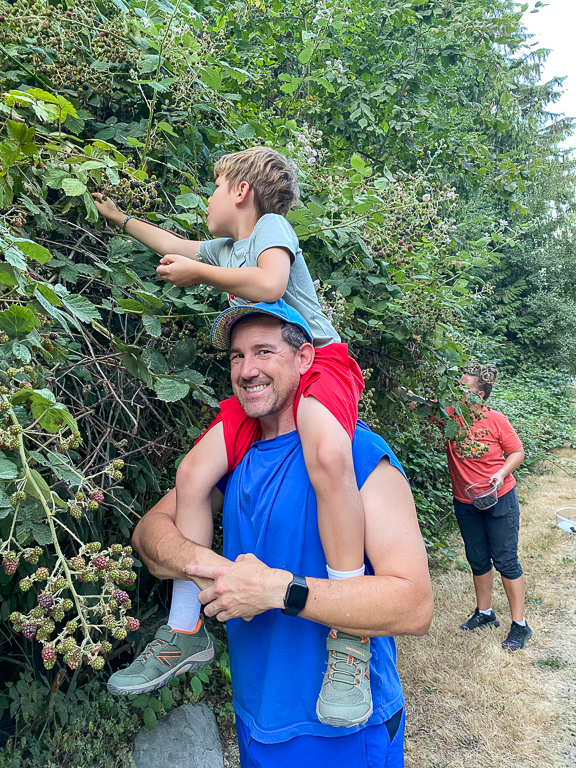 Got it! Great job Ian! 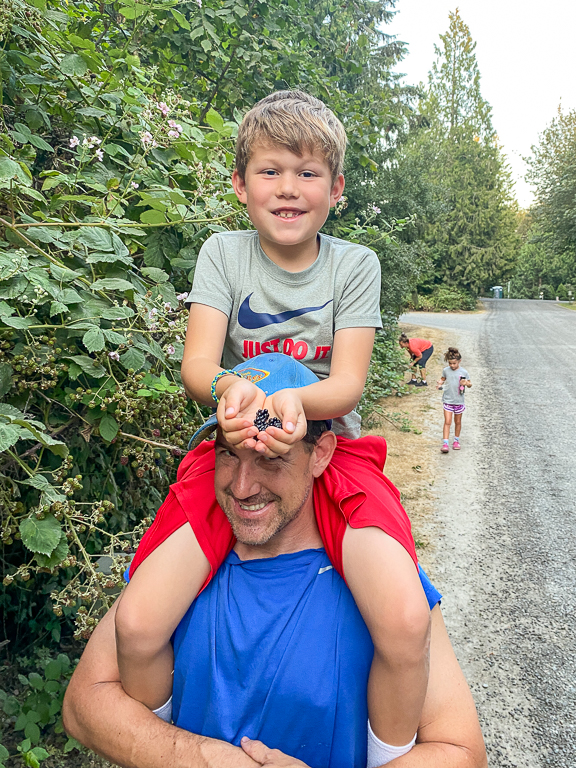 And good job Todd and Alli too. That will be enough for us tonight! 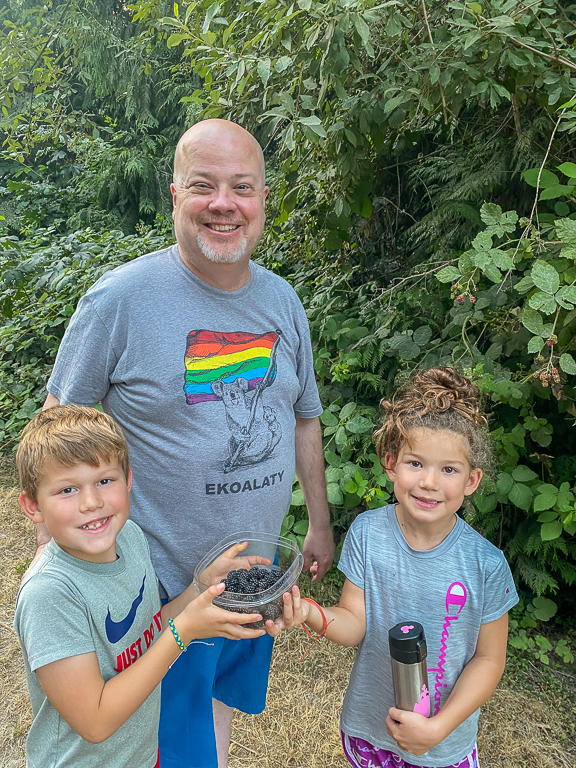 I gave all the berries a good rinse in the sink. 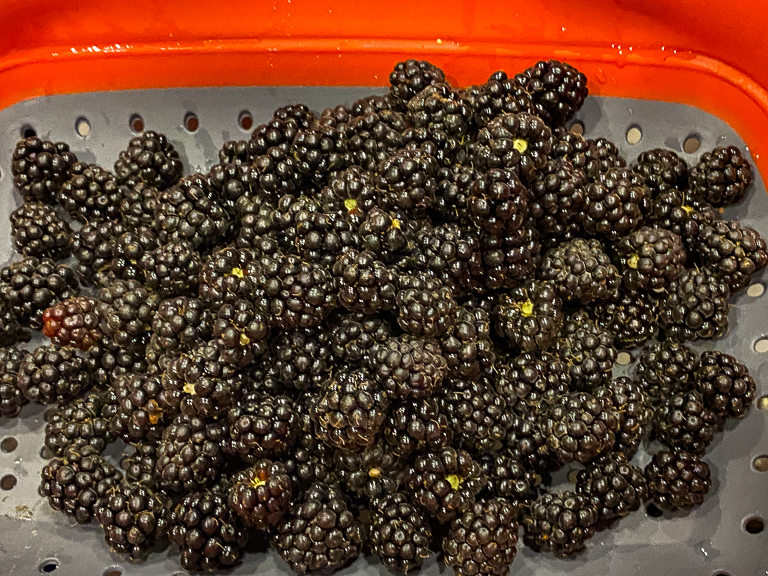 We've got to extract the juice to put in our Dr Pepper. I grabbed the orange juicer to see what it would do. 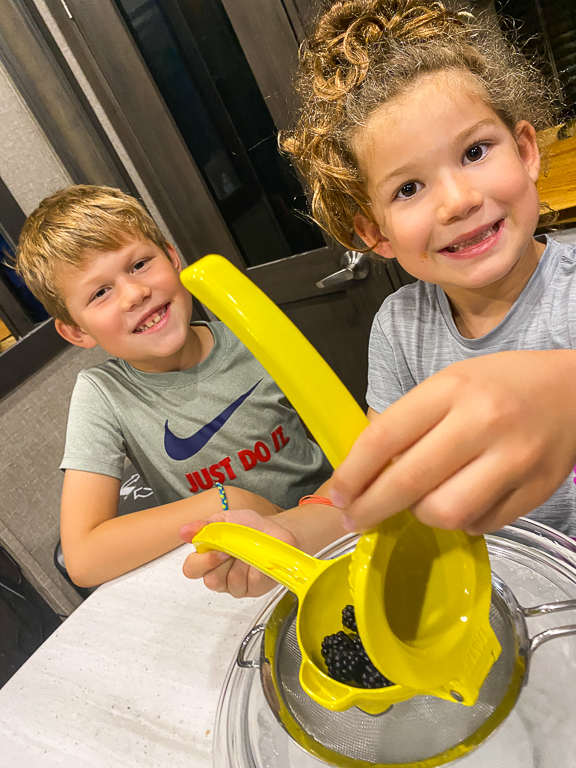 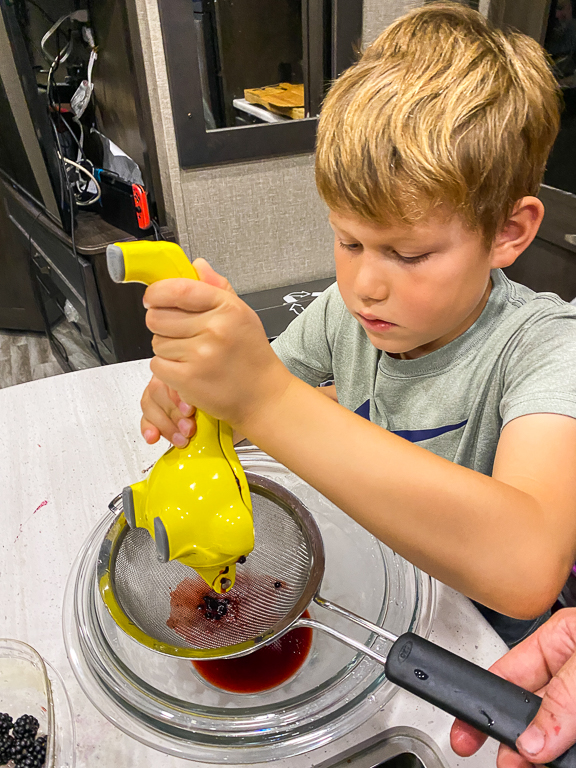 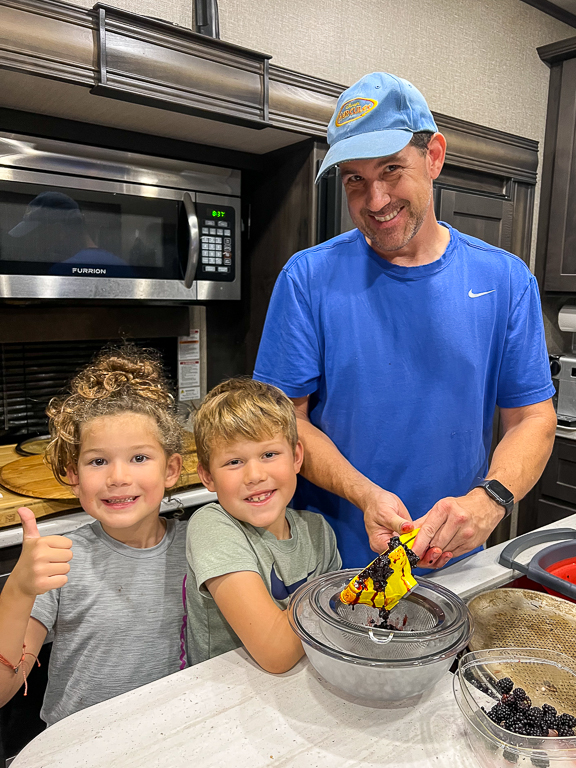 Okay. It's just making a big mess. I used a wooden spoon and the strainer to press the berries and release all the juices. 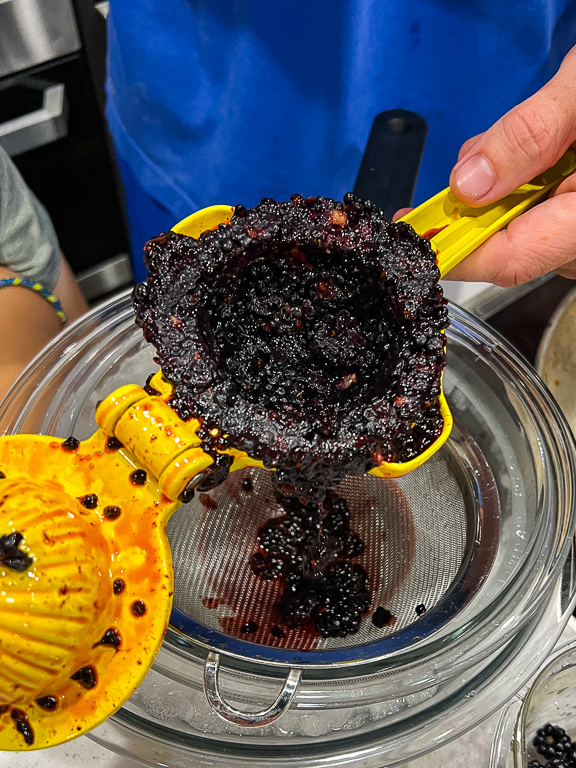 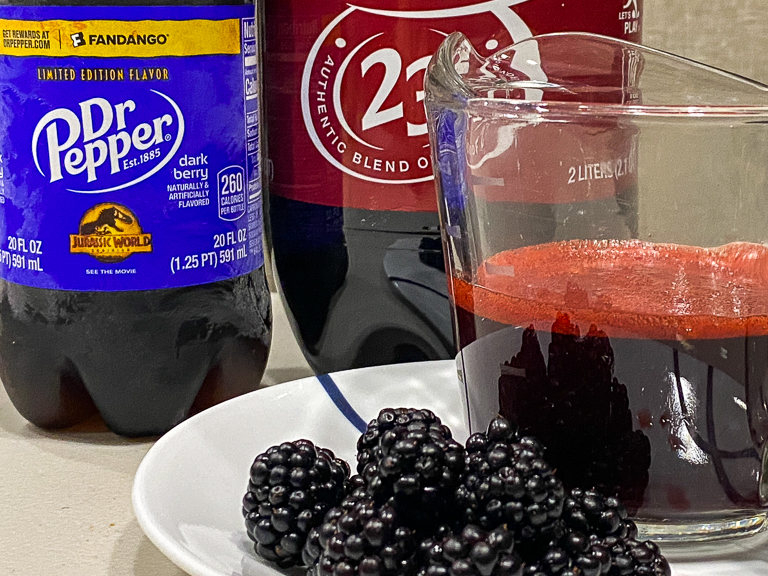 We'll start with a cup full of ice and add some Dr Pepper. 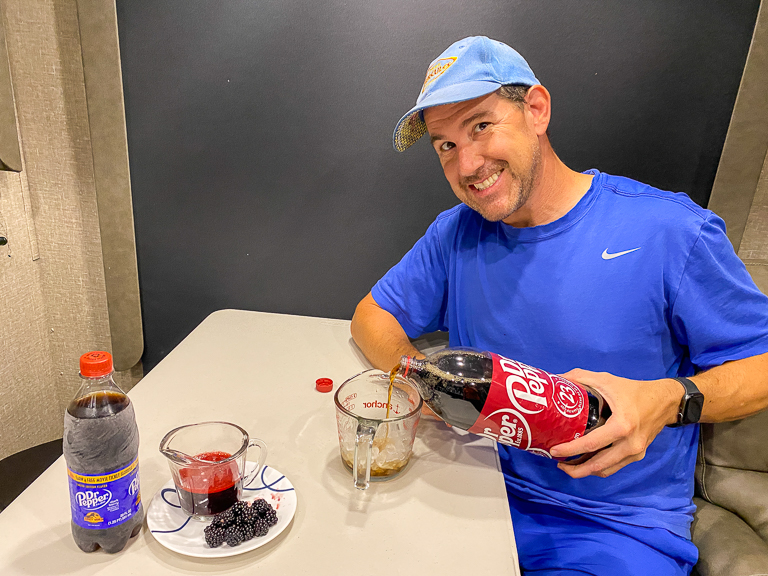 How much fresh blackberry juice should I add? I have no idea! Maybe about half of it and we'll see where that goes. 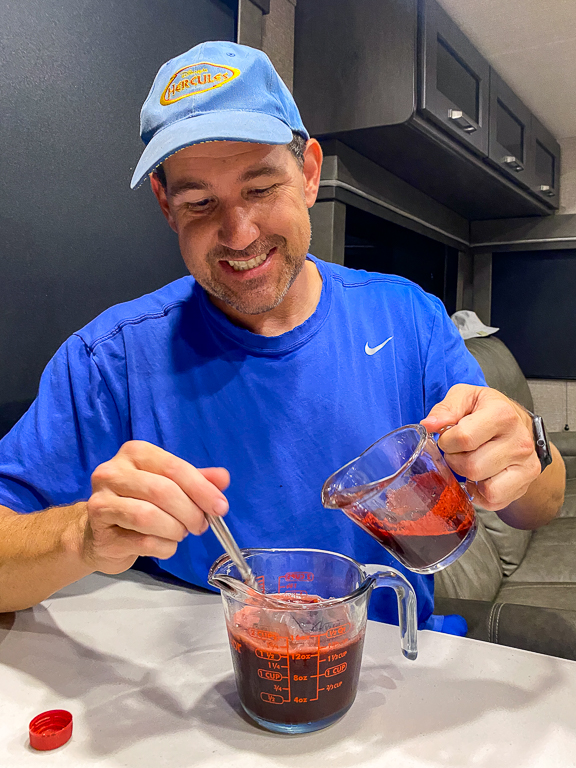 Look at that bright red color in the foam! 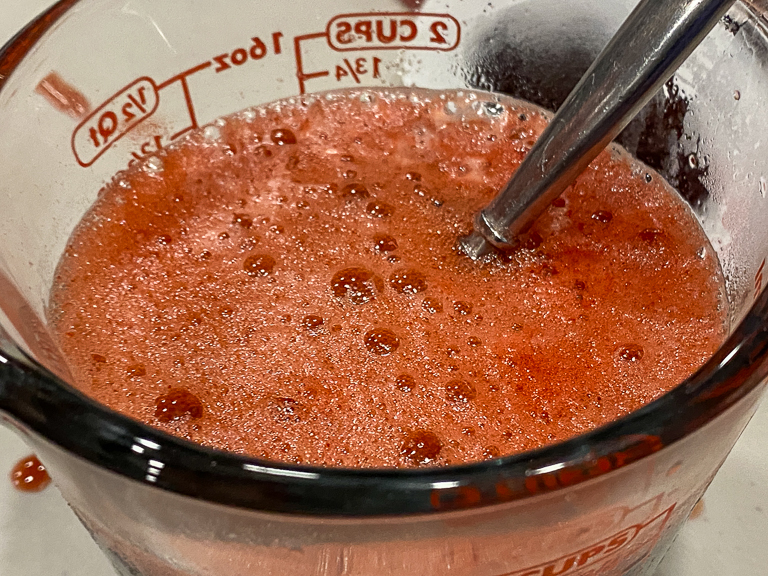 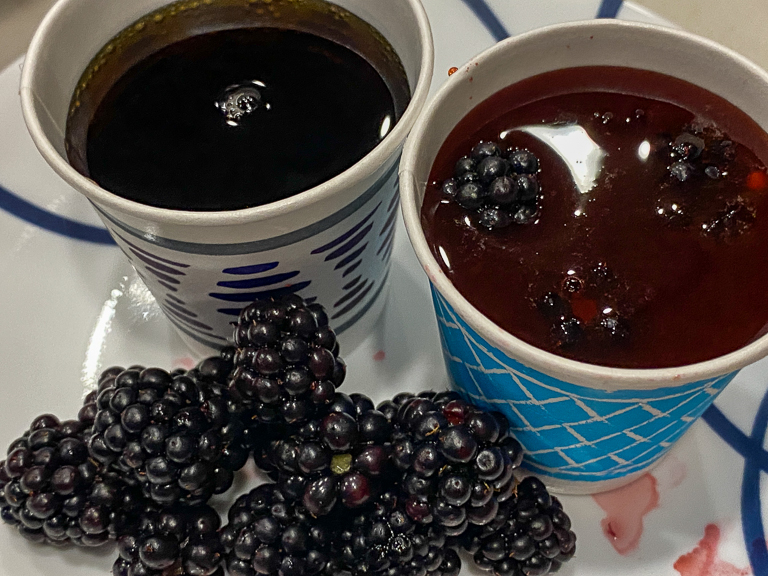 Let's start with the regular Dr Pepper Dark Berry.
Theresa - It smells like Dr Pepper.
Ian - It has a hint of berries.
Theresa - I definitely taste the berry in that.
Joe - Can you tell what kind of berries?
Alli - Dr Pepper always tastes like cherry. 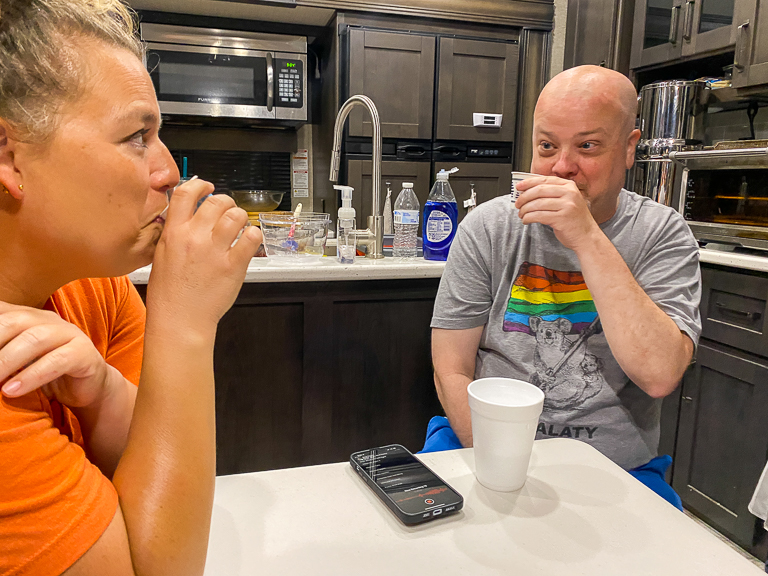 Alli - Dr Pepper always tastes like cherry.
Theresa - Maybe like a blueberry and blackberry. Definitely taste it on top of the Dr Pepper.
Todd - I'm definitely getting a little bit of blueberry. I can taste the cherry too.
Alli - So for me, this is almost like plain Dr Pepper just with a little more cherry flavor. 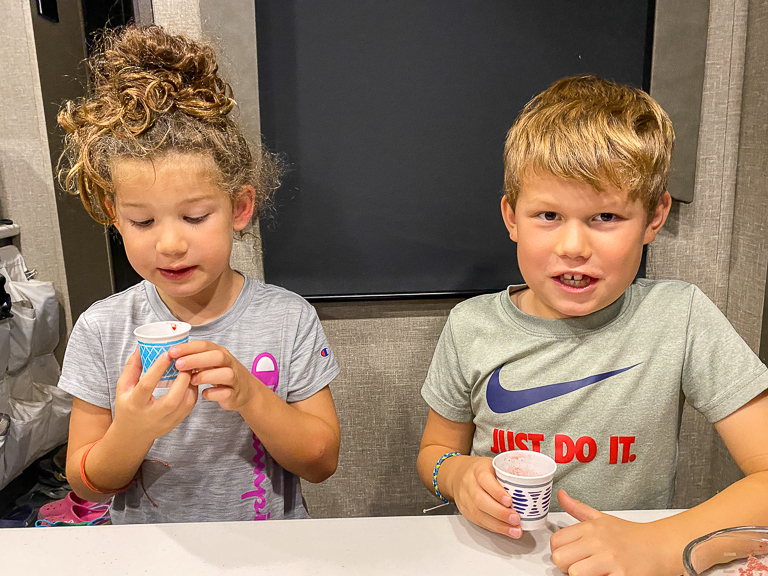 Let's move on to the homemade Dr Pepper and blackberry juice!
Theresa - This is going to be interesting. I'm sure someone is going to ask you the ratio.
Joe - Yeah, it's some to a lot. Use about so many berries.
Todd - Until you got tired of picking.
Theresa - This one tastes a lot more like a natural berry flavor. The other one tasted like an artificial berry.
Ian - I'm not liking this one as much.
Todd - There's a tartness to it.
Theresa - It's not as sweet at the other one, for sure. I LIKE IT!
Joe - I don't get the Dr Pepper as much. More of the berry flavor.
Todd - As an independent 3rd party, I will point out that Theresa was telling you not to mix so much juice in.
Theresa - It's like a carbonated fruit juice. It's awesome deliciousness. 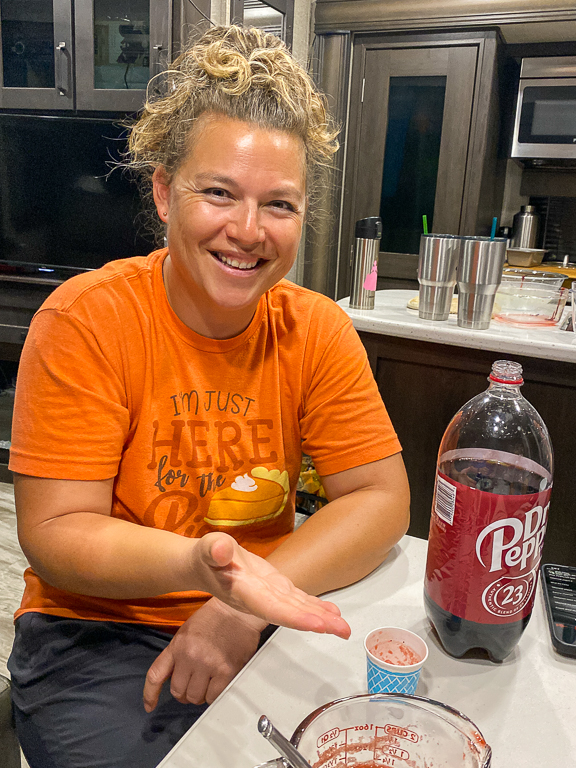 Afterwards Theresa experimented with using different amounts of juice versus Dr Pepper. She tried a version with less blackberry juice.
Todd - This more resembles the Dark Berry Dr Pepper.
Theresa - It does. It's still tart, but has a fresh berry flavor.
Todd - The first version was a little too tart, but this one is better.
Joe - Okay, okay, I get it! You like Theresa's mix best.
What's the winner here today?
Joe - Theresa, what do you like best?
Theresa - It would be situation dependent.
Todd - In the current situation...
Joe - We are in a situation right now...
Dark Berry Dr Pepper - Alli, Ian (ours is a little sour), Joe
Homemade Blackberry Juice Dr Pepper - Todd (the difference is the fresh berry flavor), Theresa (getting to have a fresh blackberry in my soda is great).
Joe - The homemade version is good, but the Dark Berry is even better!
Alli - It depends what mood I'm in. If I'm sweetened out, I'd like the blackberry juice. If not, I like the Dark Berry.
Todd - I like Dr Pepper Dark Berry even better than regular Dr Pepper.
Ian - Me too! That was tasty! Good job Dr Pepper!
Theresa - For the first time in a long time... I'm going to say they're both good! Normally the weird stuff you buy is disgusting! 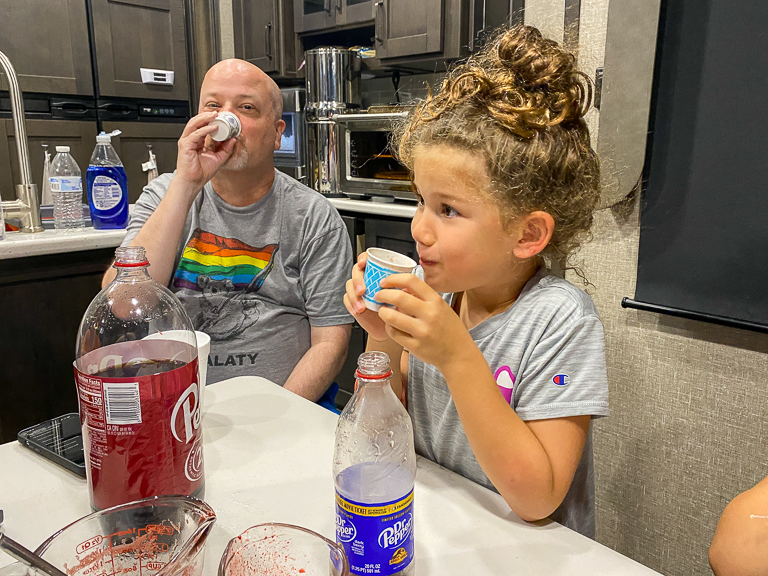 And to finish the night, we'll play some Uno! The kids were keen to show off their Uno skills and show how they take no prisoners when it comes to Uno.
It was a great night together! 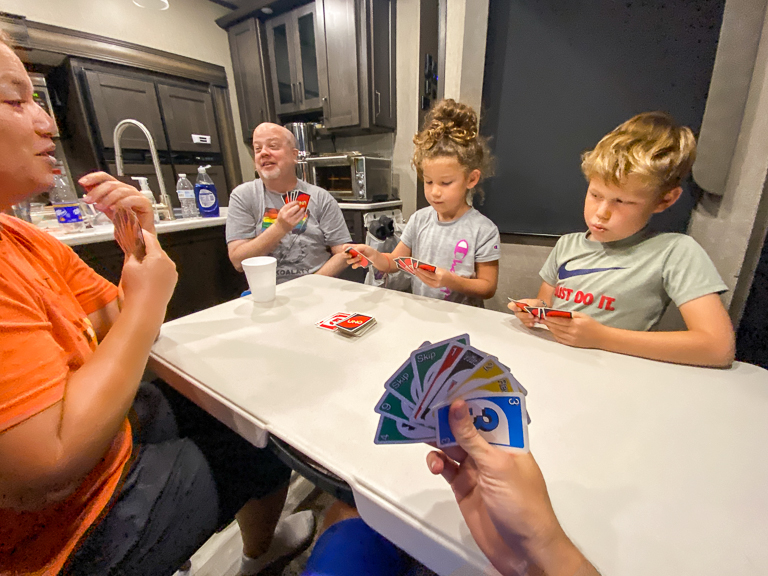