While walking through a gift shop here in Idaho, I saw something I just had to try! Idaho Spuds! 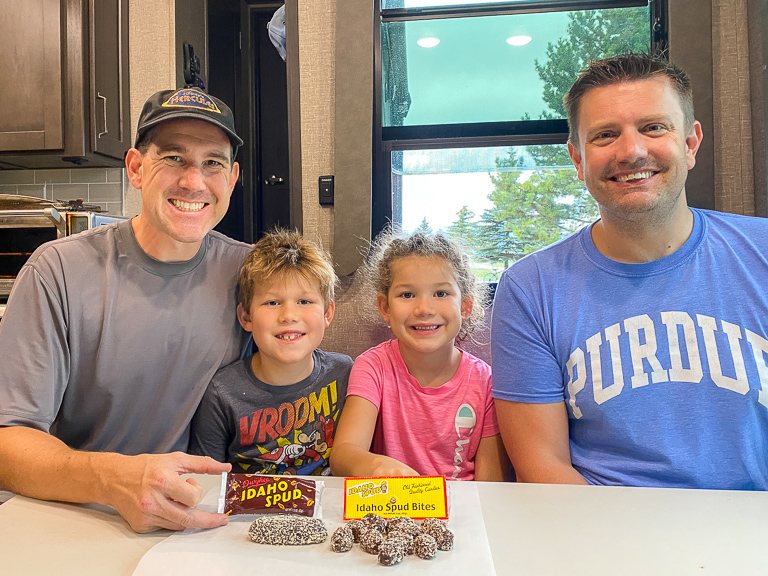 Idaho is of course famous for their potatoes. When I saw these candy confections I knew we'd have to give them a try!
The Idaho Candy Company started all the way back in 1901 when T.O. Smiith, a journeyman candy maker, moved to Boise Idaho and began selling candy door to door. In 1909, he teamed up with another family and they built a candy factory, and it's the same factory they're making their candies in today! 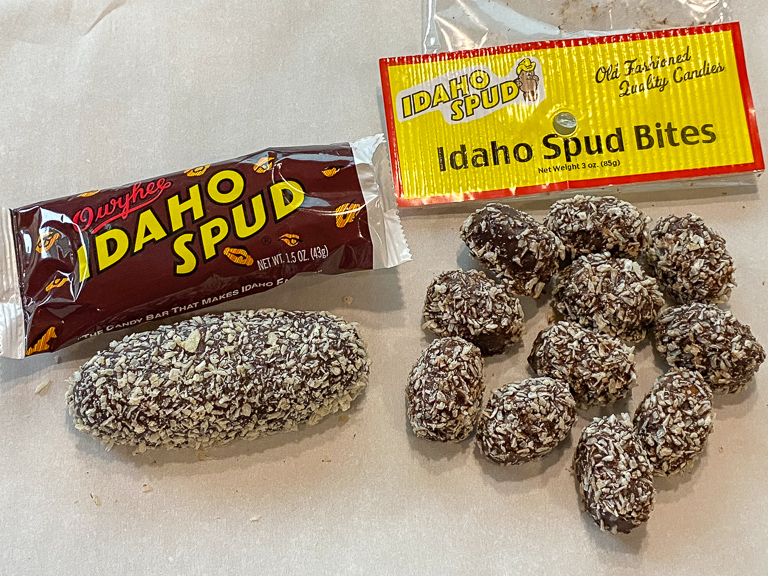 The Idaho Spud Bar is a combination of cocoa flavored marshmallow, dark chocolate, and coconut, but no actual potato. The Idaho Spud is a top selling candy bar in the Northwest since it was first manufactured in 1918. 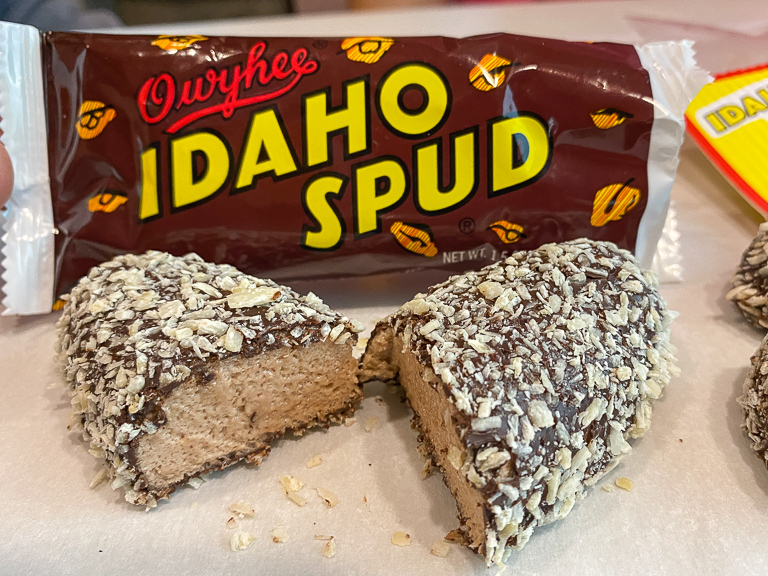 The Idaho Spud Bites are a mini version of the Spud Bar. Perfect for a quick snack to pop in your mouth. 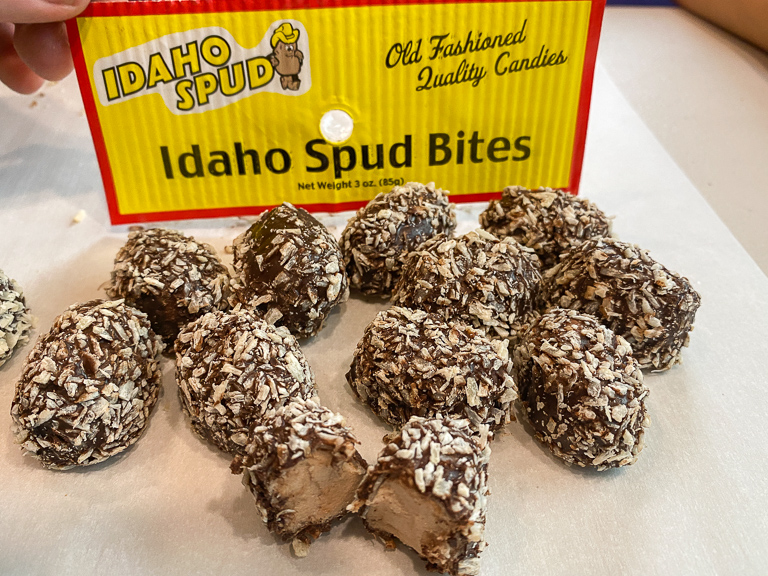 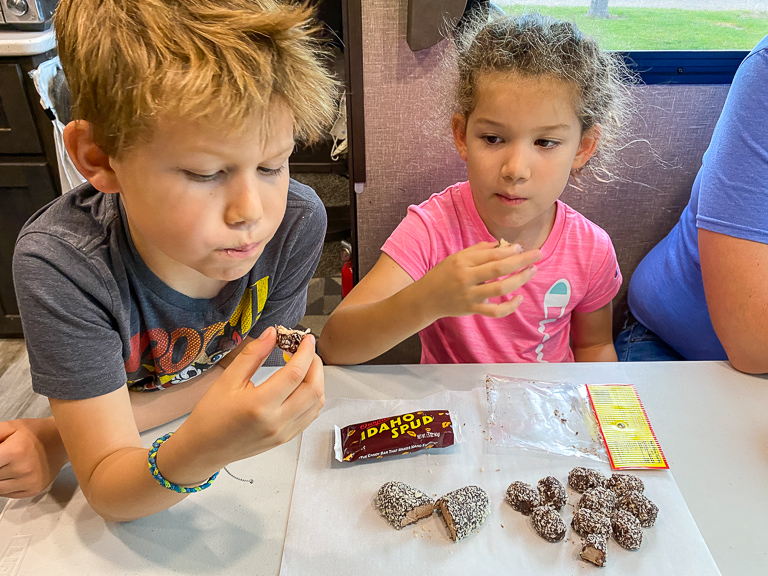 Theresa - Okay. Nope. I can't.
Jacob - It's growing on me. The flavor isn't very intense.
Theresa - Jacob can take them as a snack. 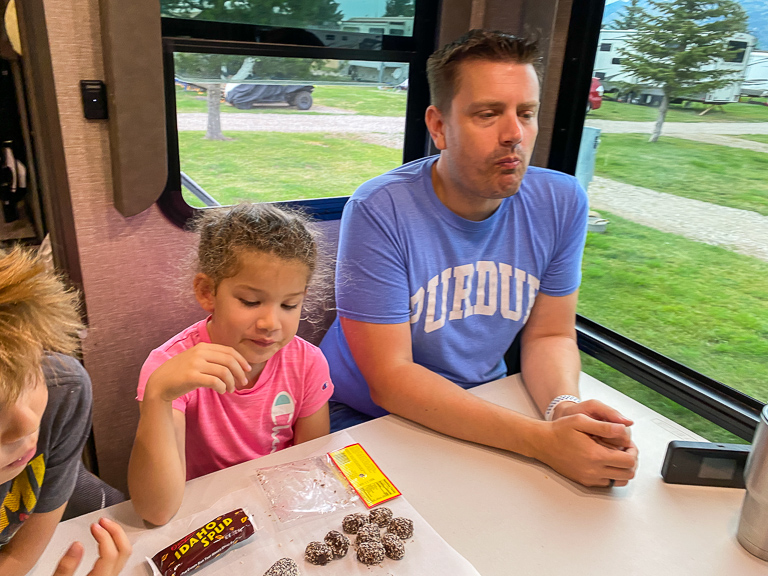 Theresa - I no likey.
Joe - T says no thank you to the Idaho Spud. The package says "The candy bar that made Idaho famous!"
Theresa - They weren't famous before the candy bar?
Joe - Apparently not.
Jacob - I like the little ones better because they have more dark chocolate to weird filling.
Joe - It's okay. I don't love them, but they're okay.
Jacob - If it was rolled in crushed peanuts it would be better.
Joe - Why is it rolled in coconut? Potatoes don't have white flakes on the outside. Cocoa powder might have been better visually.
Theresa - I never have to eat one of those again.
Looks like the Idaho Candy company makes 30,000 of these Spud Bars a day, 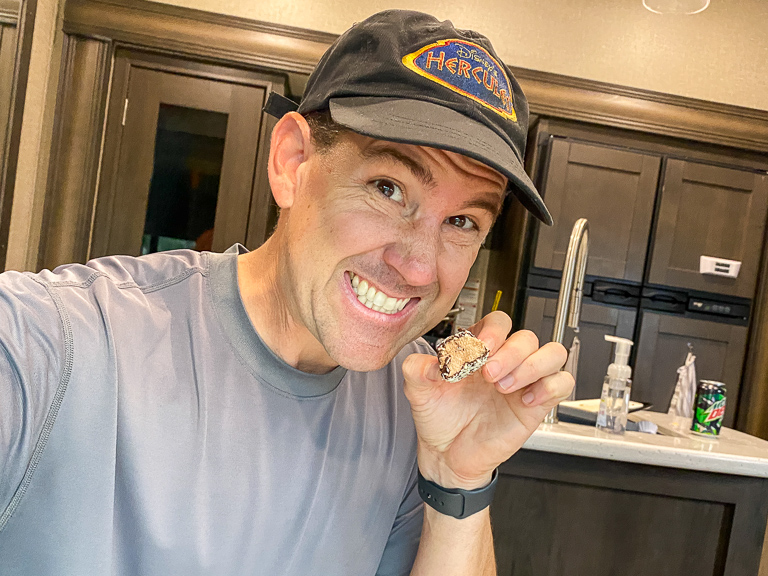 Theresa - Are we eating the other one now? I'm afraid it's going to have that weird marshmallow filling.
That's right, we didn't just get Idaho Spud Bites. There's also these Huckleberry Gems from the same company! 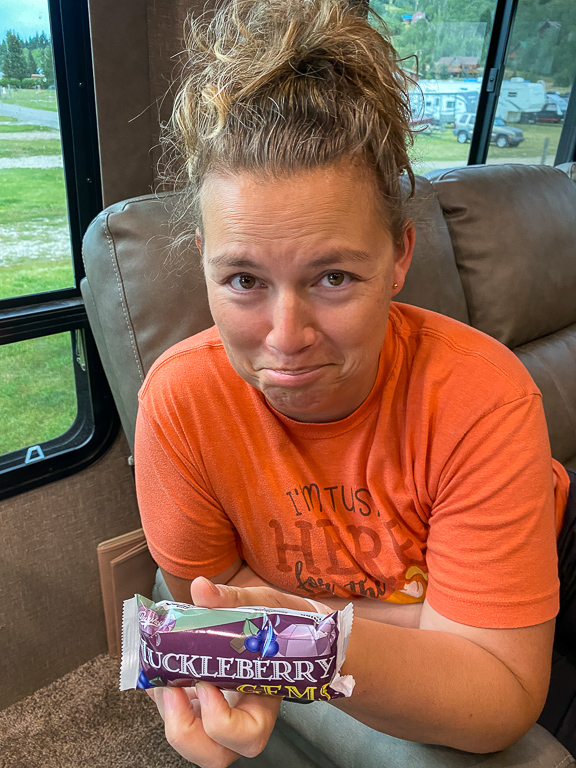 These Huckleberry flavored marshmallows are enrobed in milk chocolate and have a flavor similar to blueberries.
Looking at the ingredient list, it only shows "Natural and Artificial Flavors" so there's no way to know if it's really huckleberries in here. 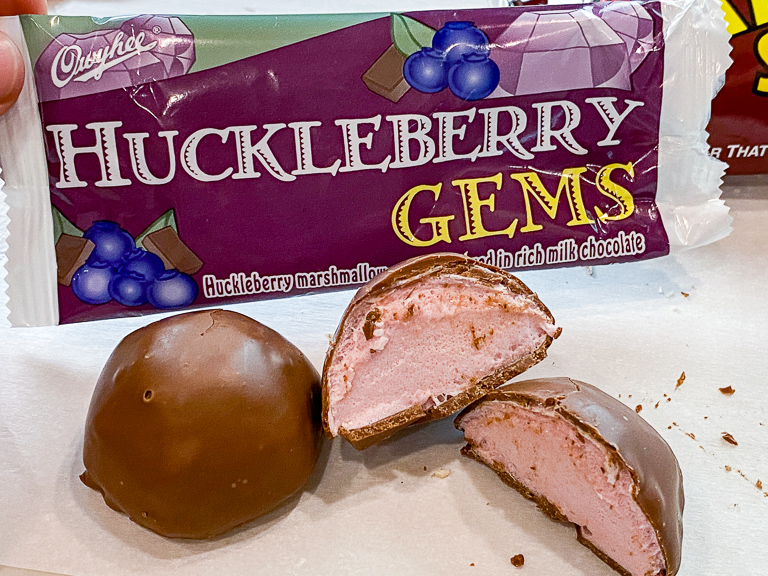 Joe - I wonder if they really look like gems. (they didn't, just domes).
Theresa - Is that a different texture?
Joe - Maybe... It's very sticky.
Theresa - That's better than the other one. More of a regular marshmallow texture. It tastes like a chocolate covered blueberry, but without the blueberry inside.
Joe - That is much better than the Idaho Spud.
Jacob - I would eat the filling, but their chocolate is just not good.
Joe - Idaho isn't known for high end chocolate? 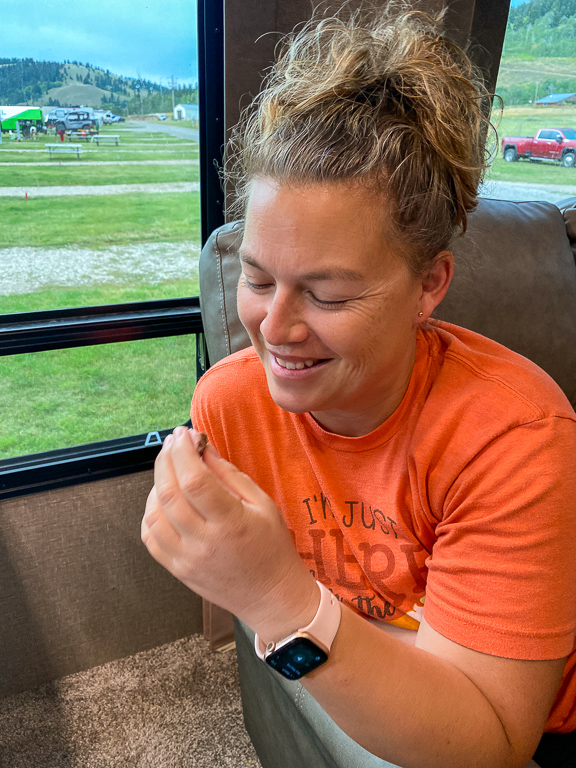 Alli is giving it a thumbs up! These are better than the Idaho Spuds.
I sometimes get asked if I ever get sponsored by companies to try their products. Not so far. And it's probably these kinds of reviews that aren't doing me any favors. 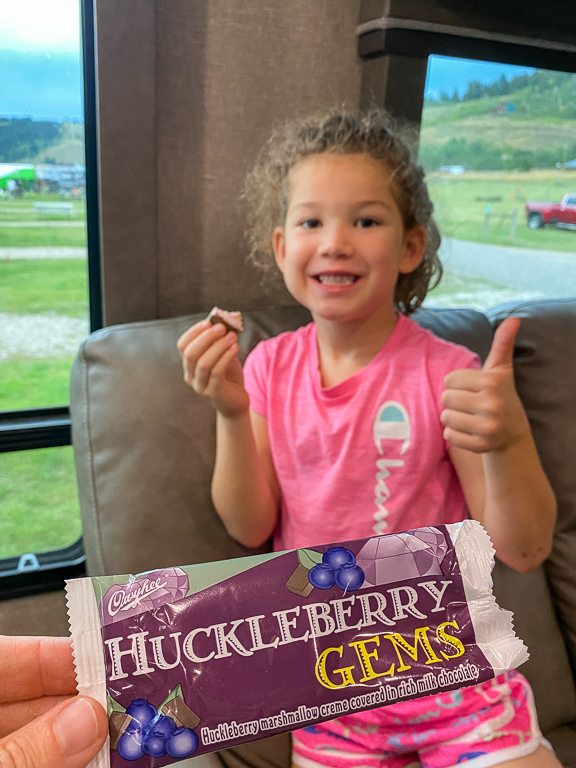