Every once in a while the kids will disappear into their room with directions for us not to come in. Such was the case this time when they went into their room for over an hour. When they emerged, they were excited to share their homemade BINGO game! I'm excited to play! Let's see what you've done! 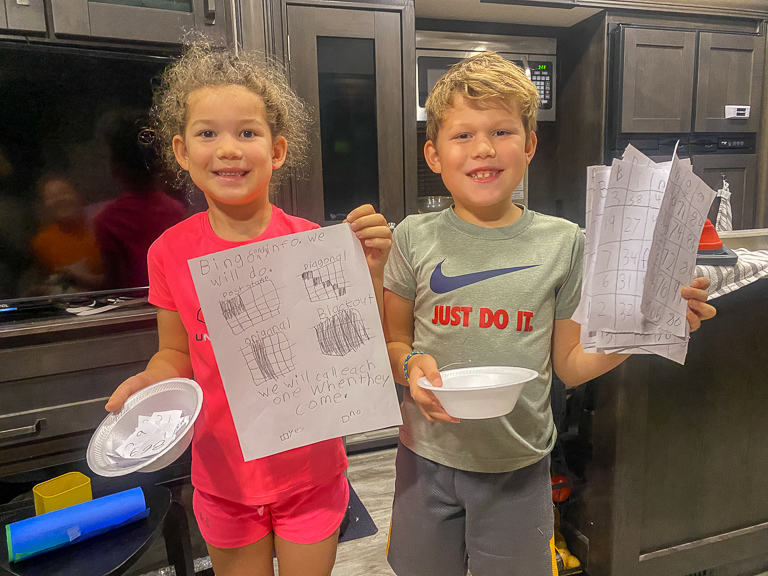 They've created a few different ways to play, based on the versions we've played at the different RV parks. 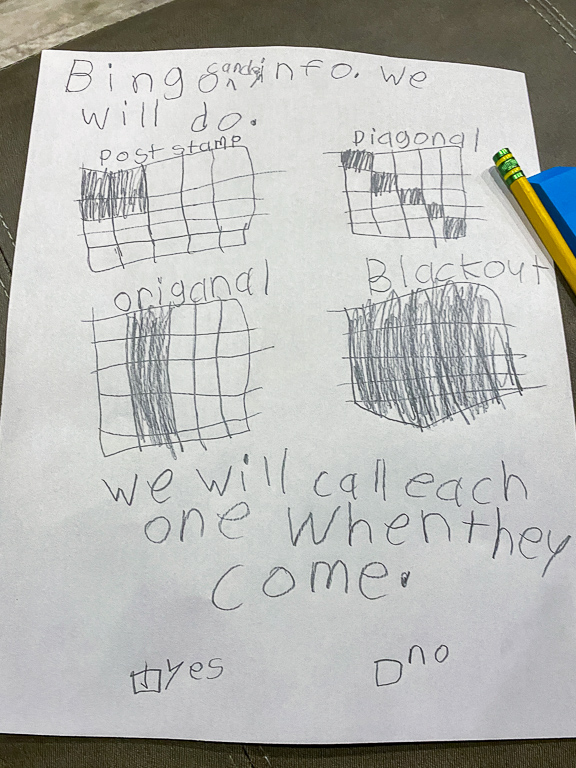 Handing out our BINGO cards. 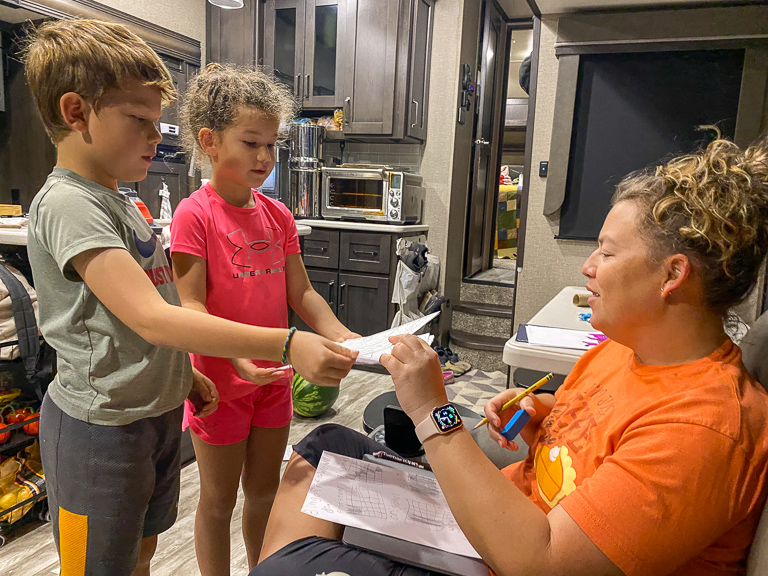 I picked my own. There's 15 different cards they created! Hopefully this one is lucky. 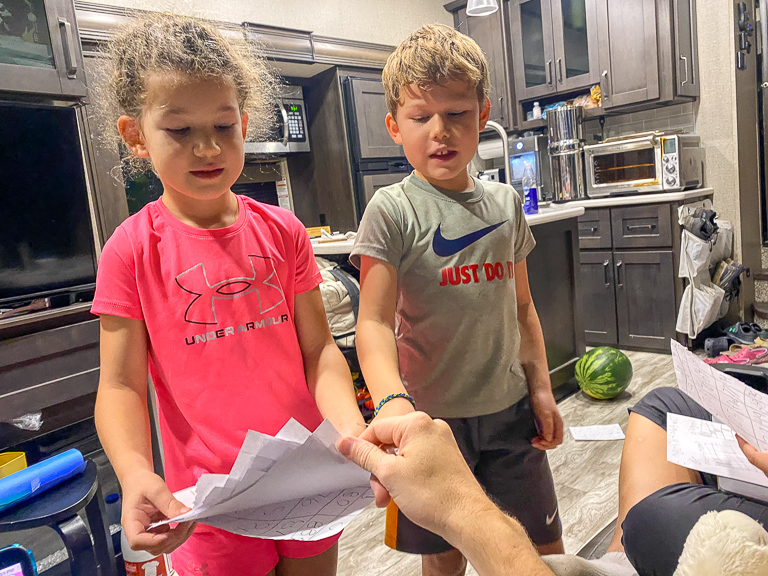 Ian - The BINGO cards took so long!
Joe - How come?
Ian - Because they're all different.
Joe - Yeah? How did you make them? 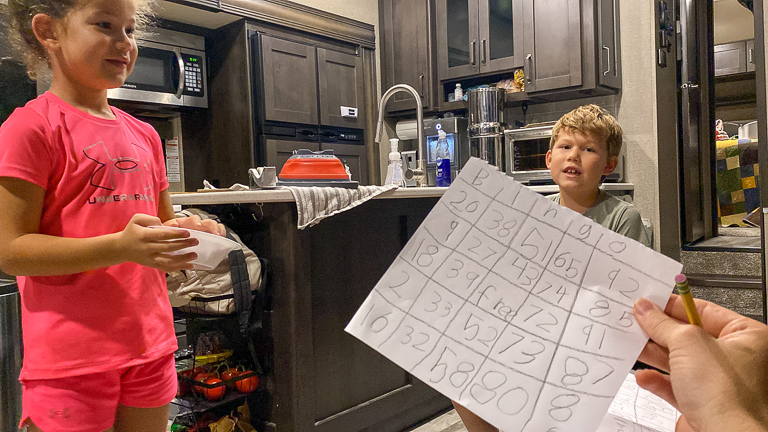 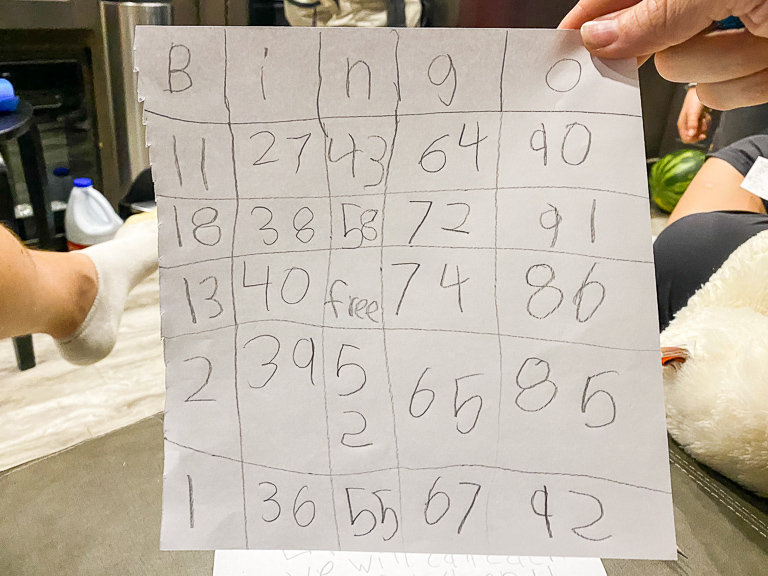 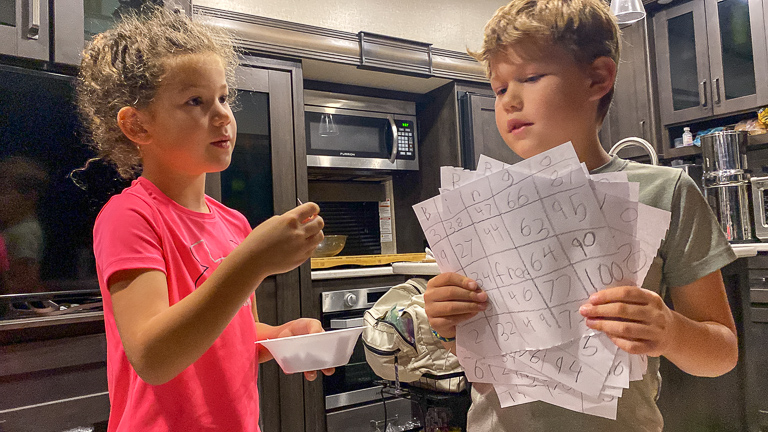 Alli pulled the numbers while Ian called them and held onto the slips that were already used. 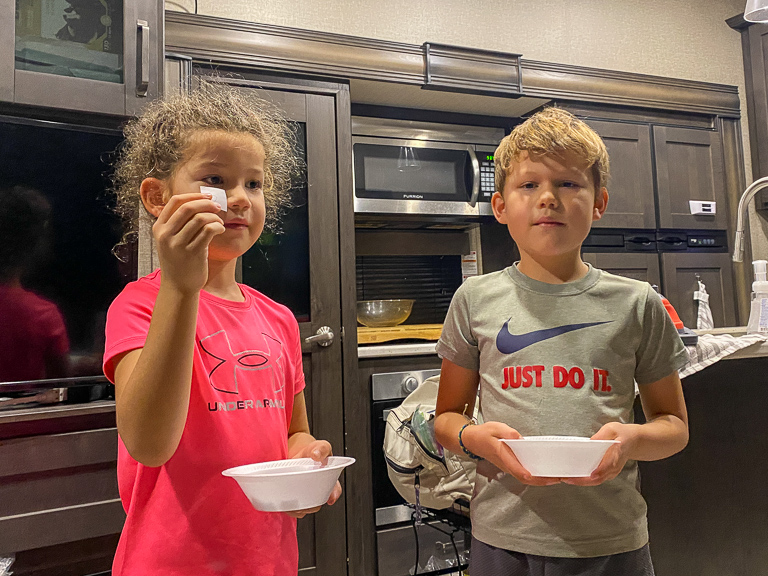 Theresa and I tied on our first game, even with all those different numbers! They had candy prizes for winning too, from their Chuck E Cheese winnings.
You both did an amazing job tonight making Bingo all by yourselves! And so clever too! I love your creativity! 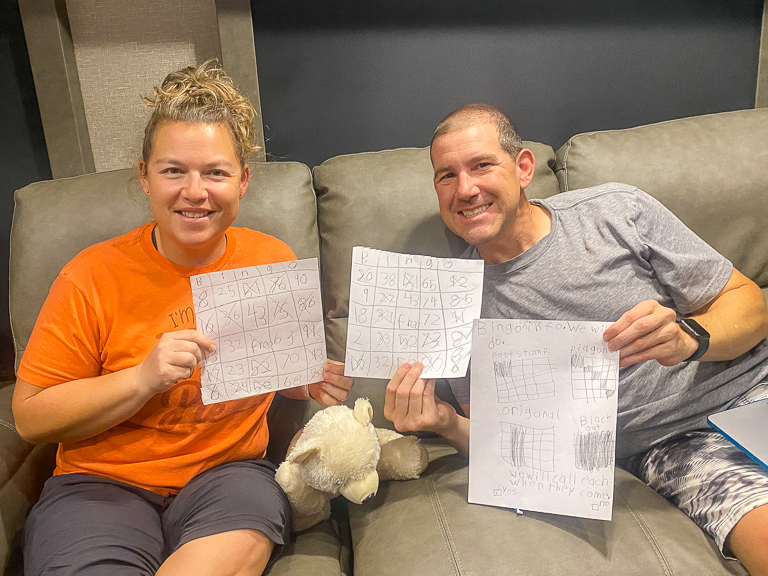 A few clips from the night.