Can you believe it? Ian is turning 9 already? Wow! 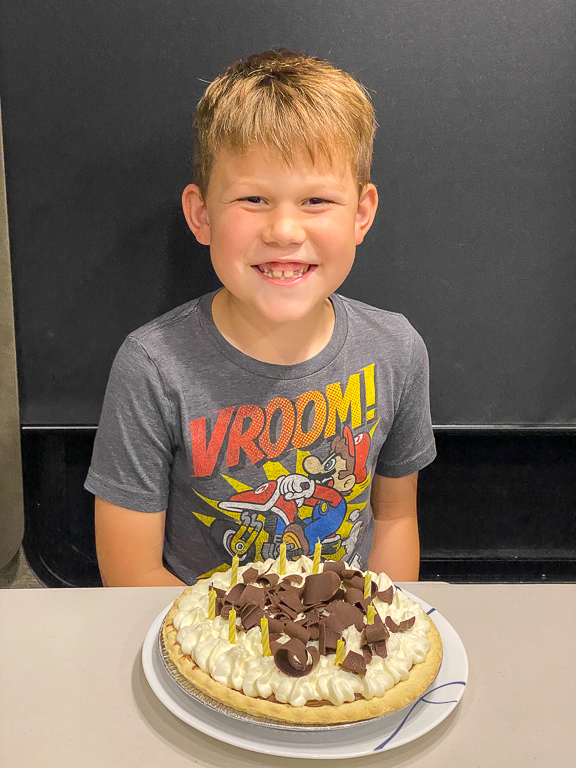 Alli wasted no time getting decorations up. She disappeared into their room, refused to let Ian come in, and made him a Happy Birthday banner. Gold letters because it's his favorite color. 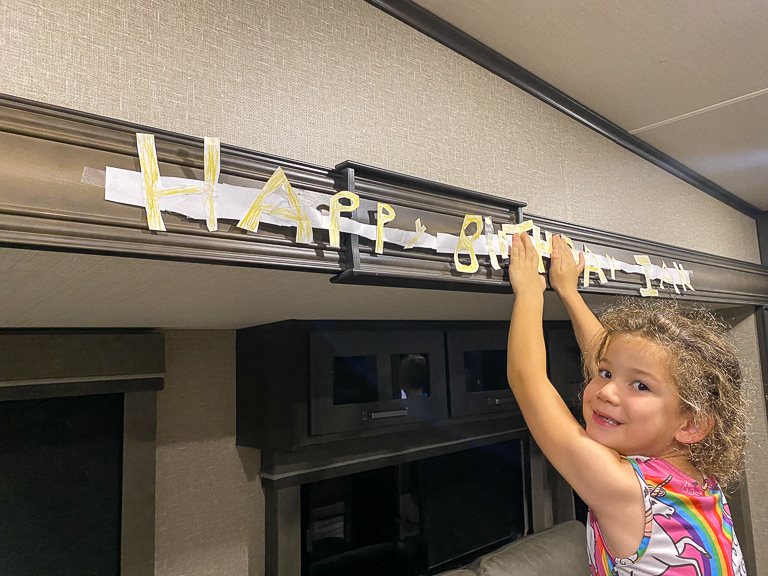 For dinner we have to eat his favorite meal. Cheese fondue! Even better than chocolate fondue! 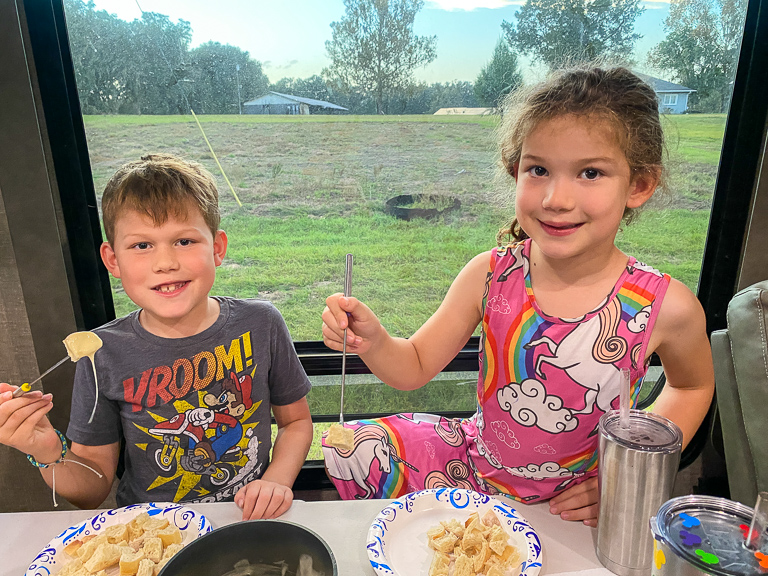 He loved getting phone calls and texts from friends and family all day. 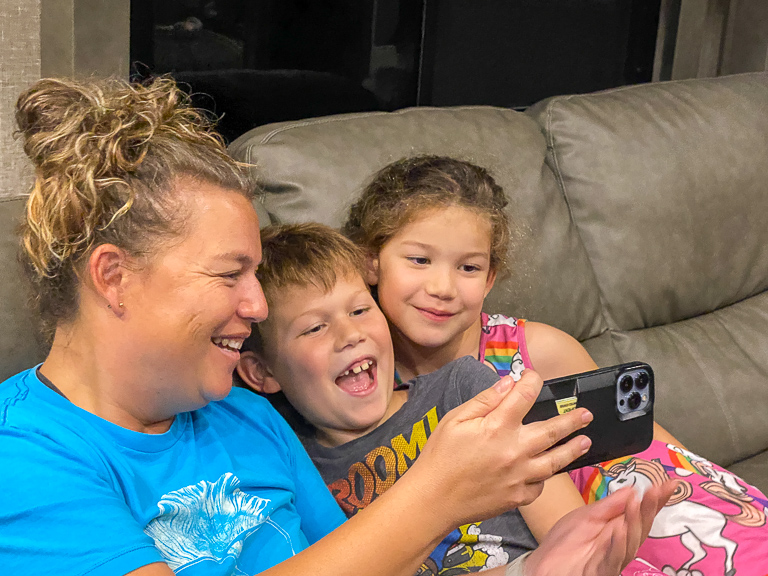 We've visited so many different places over the last month that Ian and Alli have had multiple birthday celebrations. For their real birthday they had a few presents. Like some squishmallows. 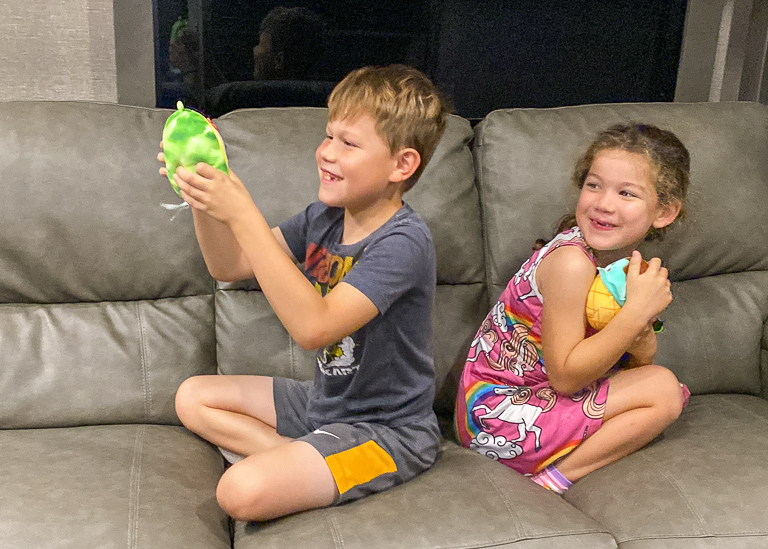 And Alli gave Ian a present of sunglass, making his bed, and she'll buy him whatever he wants from the store up to $5 (with her tooth fairy money). 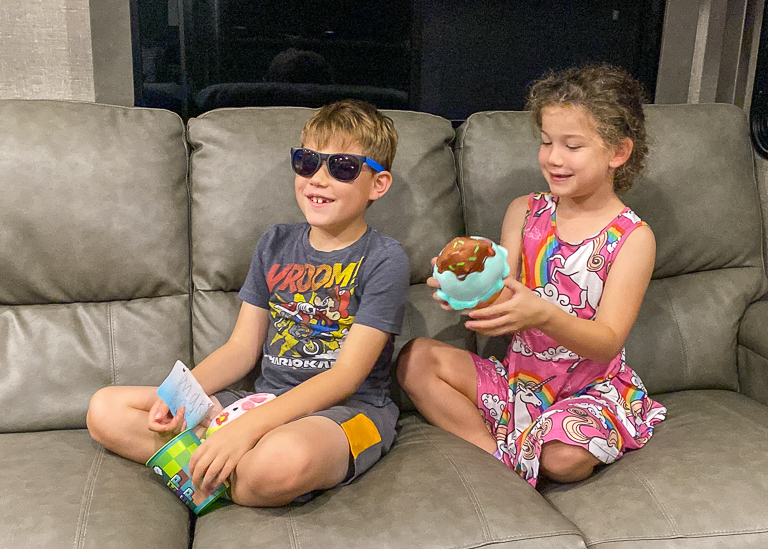 After dinner it's time for dessert! Luckily we went by a Village Inn recently and were able to get him a French Silk Pie!
Theresa suggested cutting it into quarters and we each get a piece.
But then she cut it into thirds. I tried to convince Ian that a quarter is more than a third because 4 is more than 3, but he wasn't having it. Can't trick you. 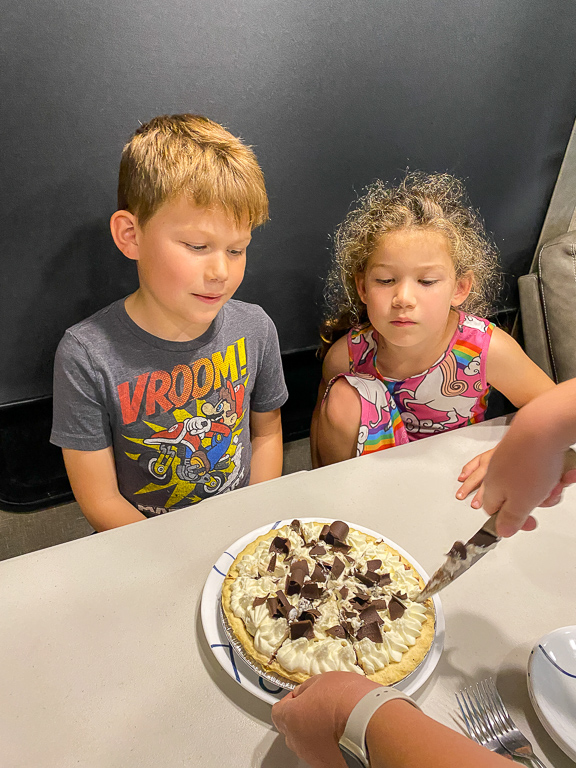 He scraped off all the filling and ate the crust first because "saving the best for last". Do you really like French Silk pie, or do you just like chocolate pudding? 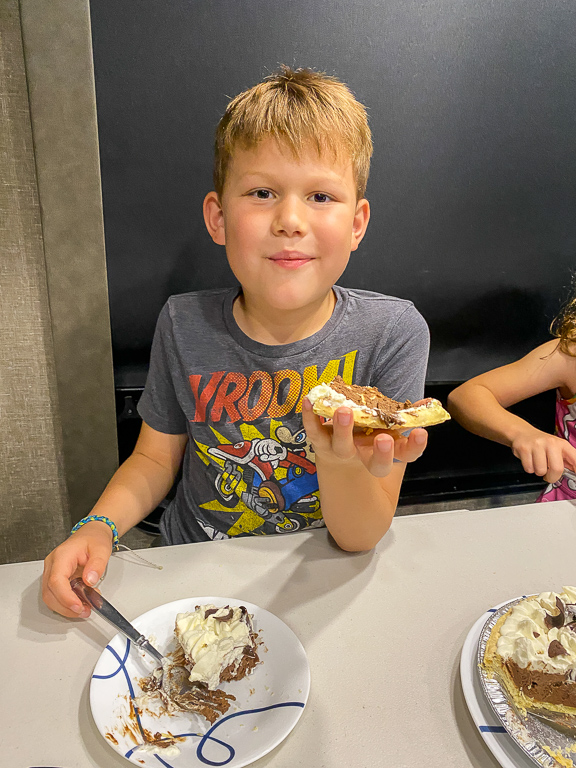 I approve though. French Silk pie is my favorite!
Happy birthday Ian! 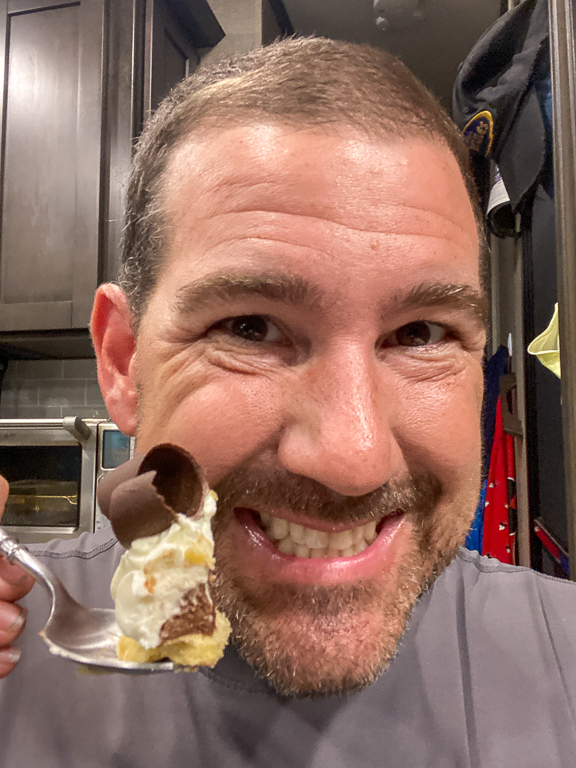