Frozen 2 is out!
We've been waiting for this to come out for a while! Yes we are big fans of Frozen. To get ready for it, of course we watched the first movie, and also Olaf's Frozen Adventure, Frozen Fever. You have to watch Frozen Fever, otherwise you won't know where the snowgies come from.
I asked Alli if she wanted to dress up for the move and yes, of course she wants to dress up. And ShellieMay is here too, dressed up in her Elsa best. 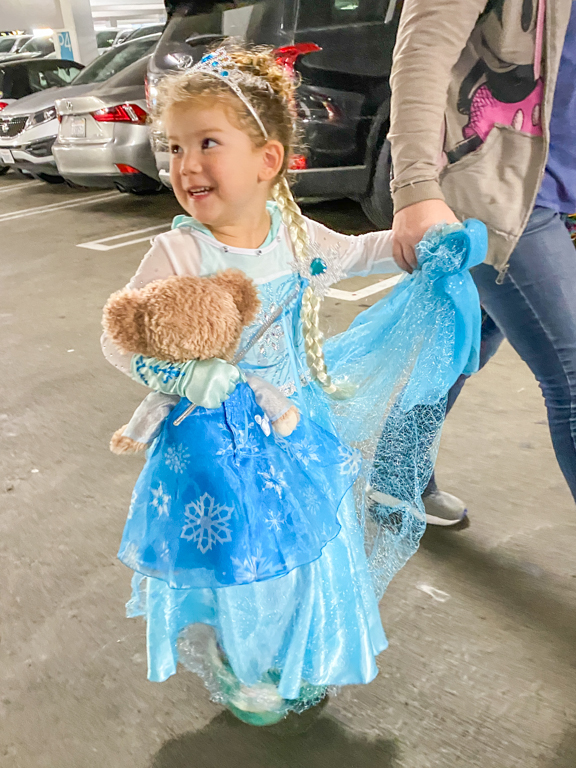 Ian is channeling Olaf with black and white clothes, an Olaf hat (which is a terribly designed hat), and a big Olaf plush. 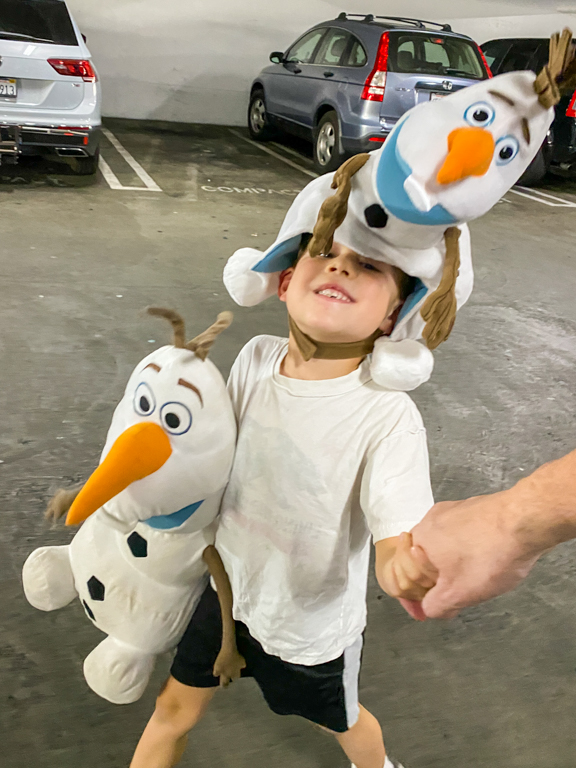 They're ready to watch it. 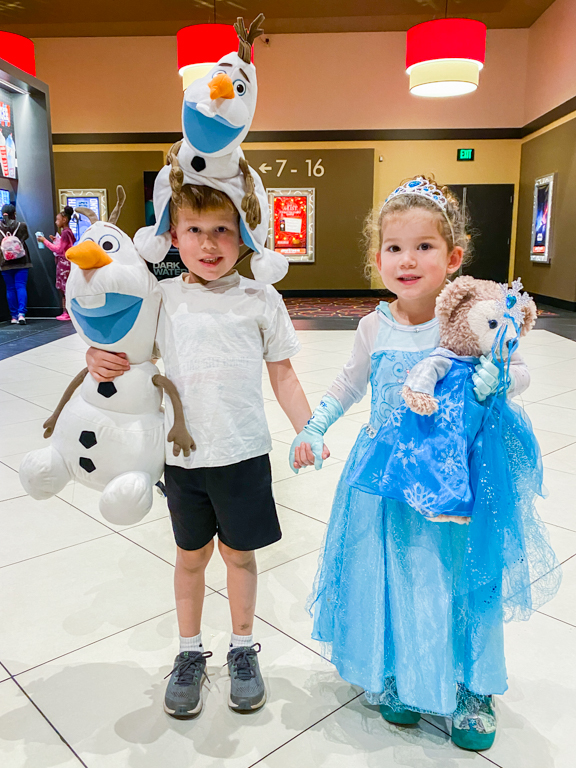 They loved the movie. There were parts with peril, but Ian said that he knows it's not real. Afterwards he asked if any of the magic parts of the movie were real. Are there people with ice powers? No. Are there Earth Giants? No. Fire lizards? No, not any of those either.
Fantasy is great, but I've gotta make sure he stays grounded in what's real and what's imaginary. 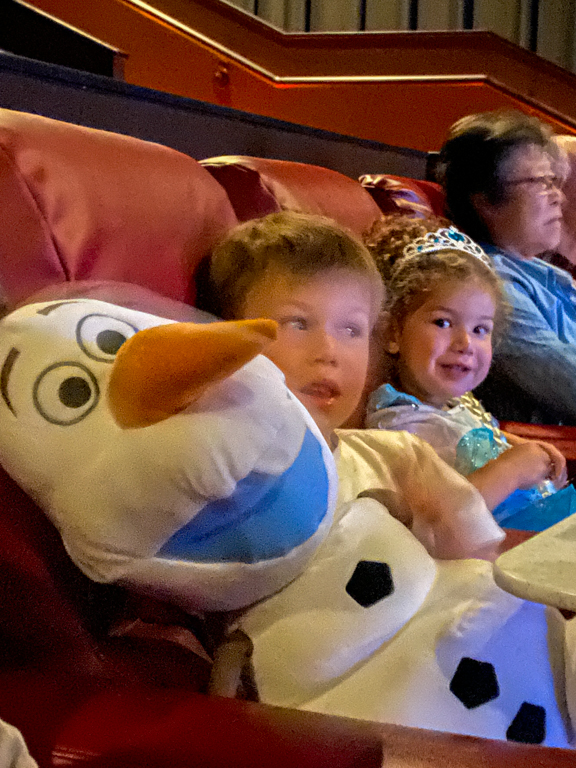 Theresa and I enjoyed the movie too. I wasn't expecting much in the way of story for a sequel, but it was as good as I could have hoped. The songs this time weren't as catchy as the first one, or even Olaf's Frozen Adventure, so that was a little disappointing.
Alli gave it a big thumbs up.
And if you are going to see it, I would stay past the end of the credits for a bonus scene.
Posted by Joe at 4:30 PM