Today is National Bundt Day! This cake is delicious and even though Ian just asked for it on his birthday a few days ago, we're getting it again for Bundt Day! Nordic Ware, the largest maker of bundt pans, having sold over 60 million of them, designated this day as National Bundt Day. 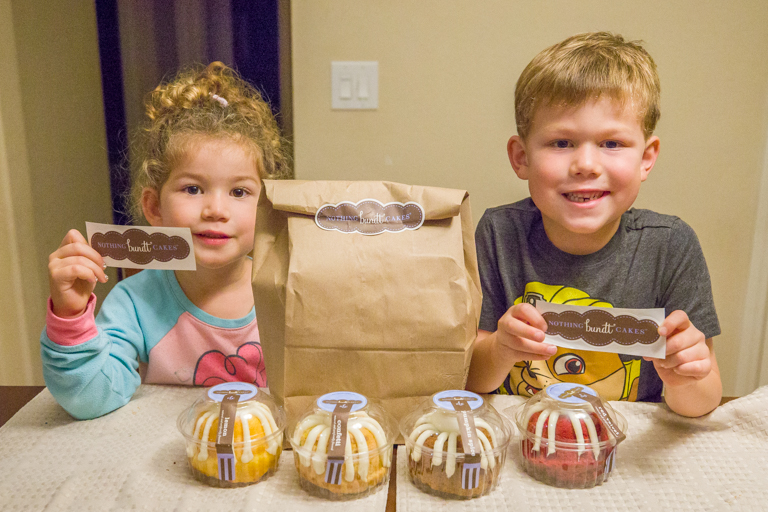 But it's not Nordic Ware I think of when I think of Bundt Cakes. It's the bakery Nothing Bundt Cake, and they're celebrating today too! In honor of opening their 300th store earlier this year and just to celebrate, they are having a Bundt Bash! The first 22 customers at each of their stores got a punchcard for a free bundtlet every month for a year! Everyone else who arrived between 11:15am and 12:15pm got a free confetti bundtlet!

And while due to work commitments, we couldn't make it there when they opened, Theresa still made it there after work to grab a few bundtlets for the family. 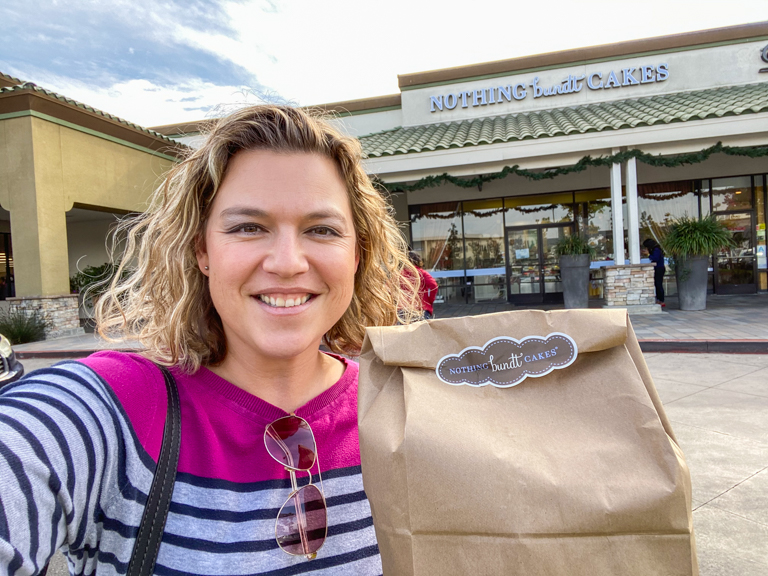 Hey Alli. We're doing a cake tasting. She got on clothes with cupcakes all over them to match. 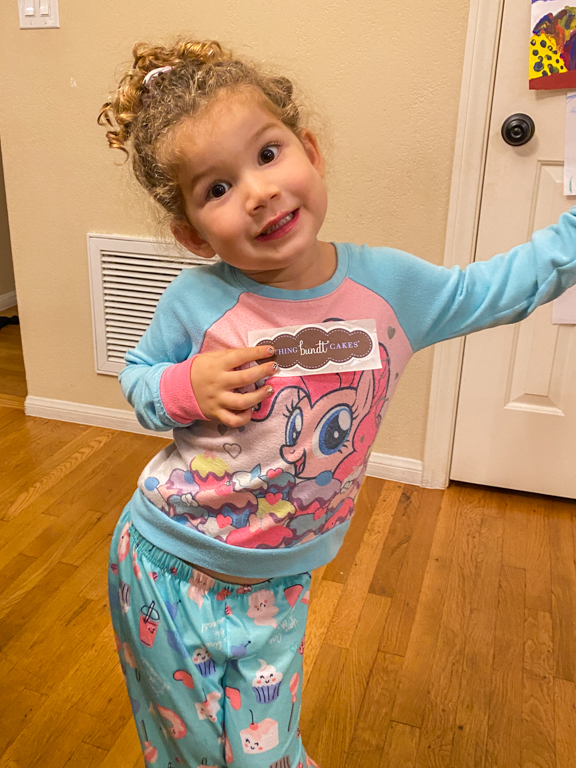 Everyone loves the bundt cakes from here. And we're waiting patiently while Theresa slices them all. 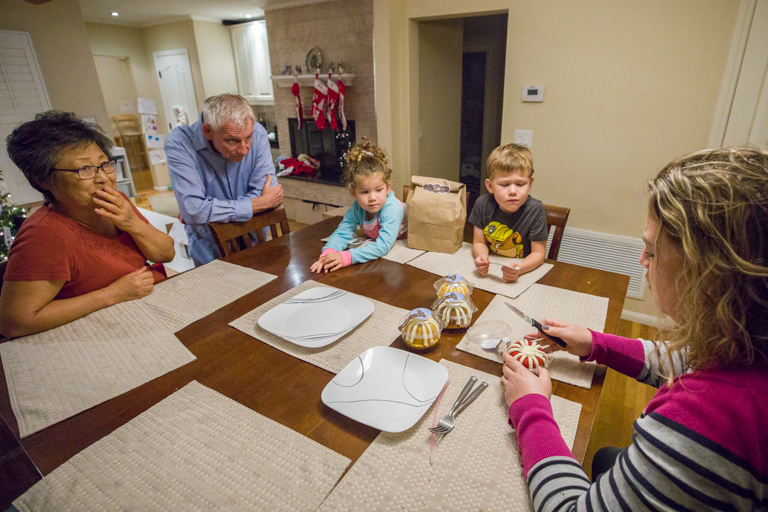 Enjoy! Yes those are Christmas decorations up already. We're getting an early start this year. More on that in a later post. 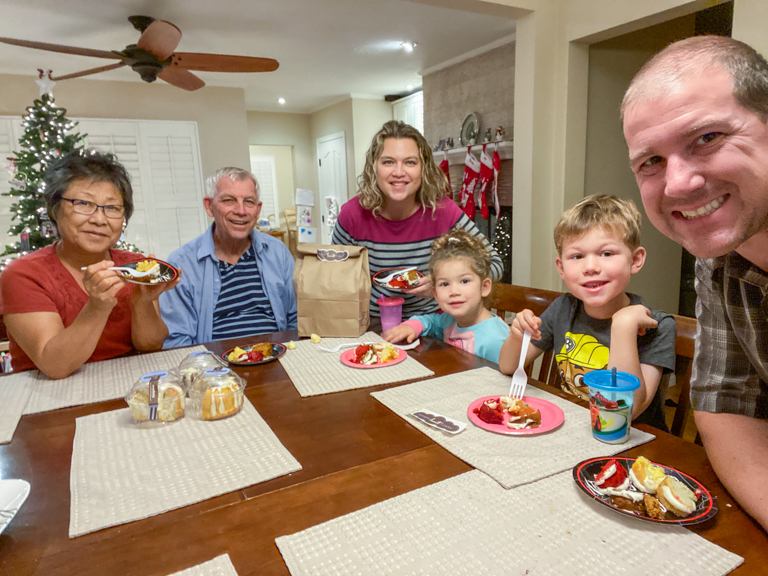 That is some bite Ian. His favorite is the red velvet. 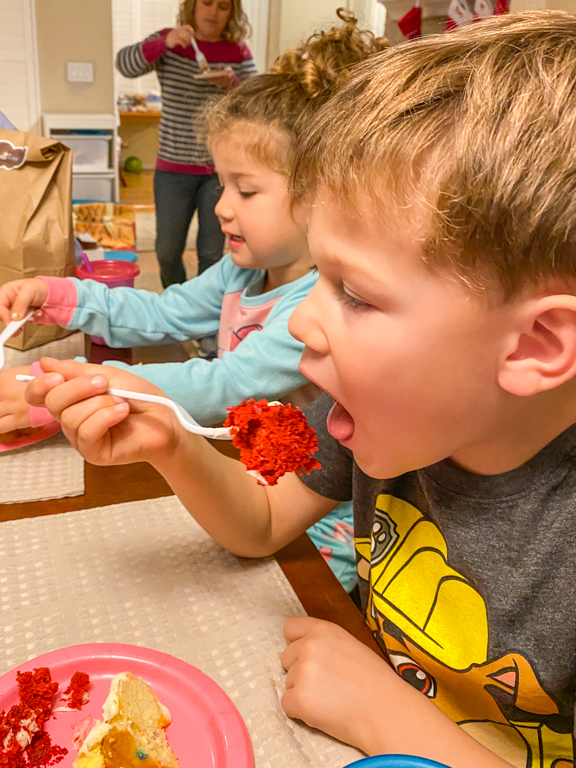 I think Alli just likes them all. Between the Red Velvet, Confetti, Lemon, and Pumpkin Spice, I think the Red Velvet is still everyone's favorite. But it's nice to have the variety. Just a little taste of everything. 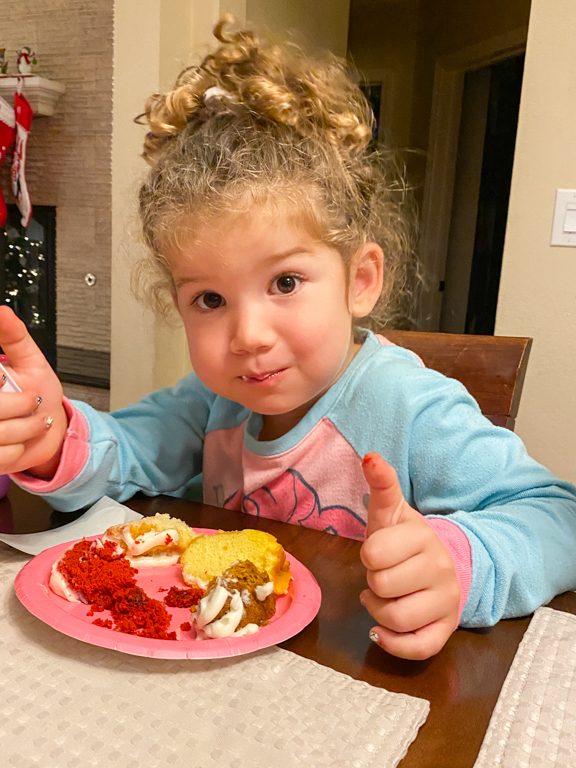