Tis the season for a bunch of Christmas flavors show up. And today there's 4 flavors for us to try! 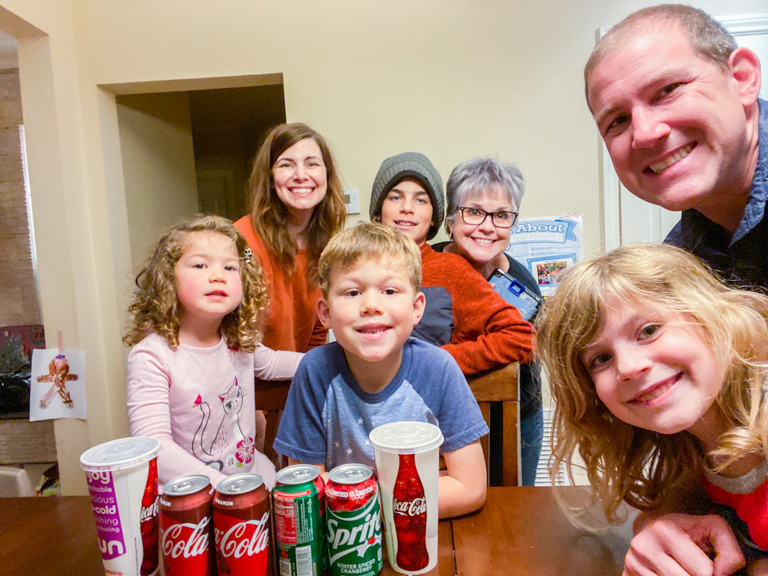 Two you can find in stores pretty easily right now. Cinnamon Coca-Cola and Winter Spiced Cranberry Sprite.
Two are a little more difficult to come by. These are only at Coke Freestyle machines and I found mine at our local AMC movie theater. There's a Vanilla Frost Sprite and a Raspberry Magic Coca-Cola. 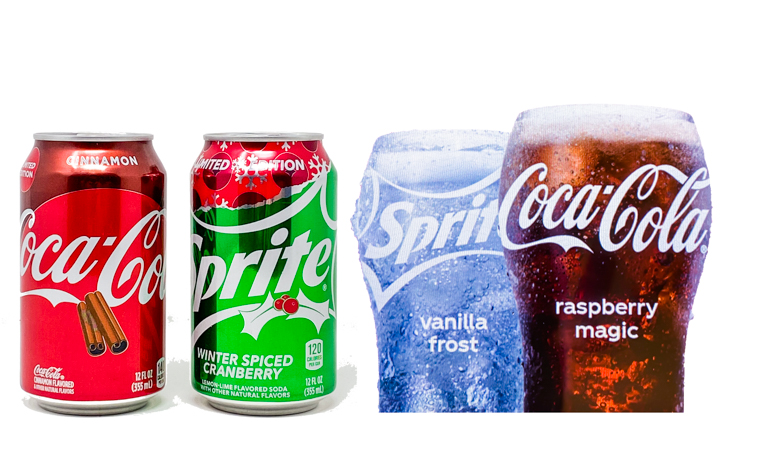 A closer look at the can designs. 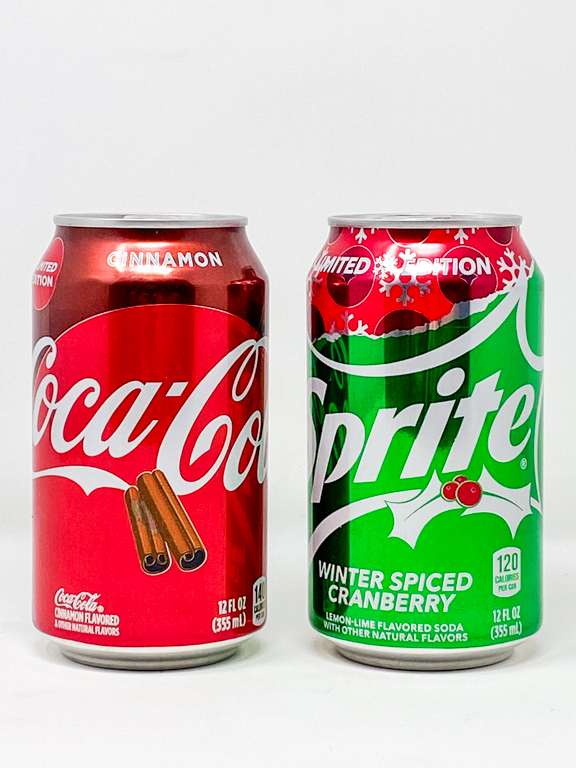 If you use the panorama feature of your phone and rotate the can, you can get a flat picture of the outside.
There's not a lot going on with the Cinnamon can. Just a couple cinnamon sticks and a little more burgundy red. 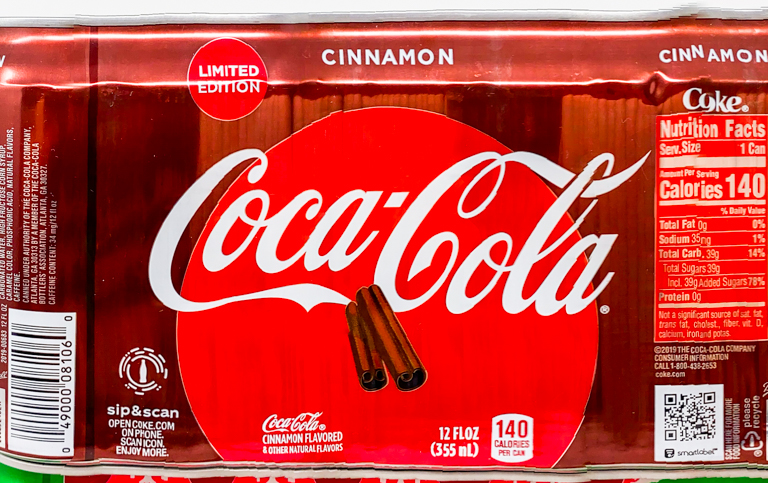 The Sprite can looks a lot more like Christmas. A holly berry design with green, red, and snowflakes. Plus a big holly leaf in the middle. 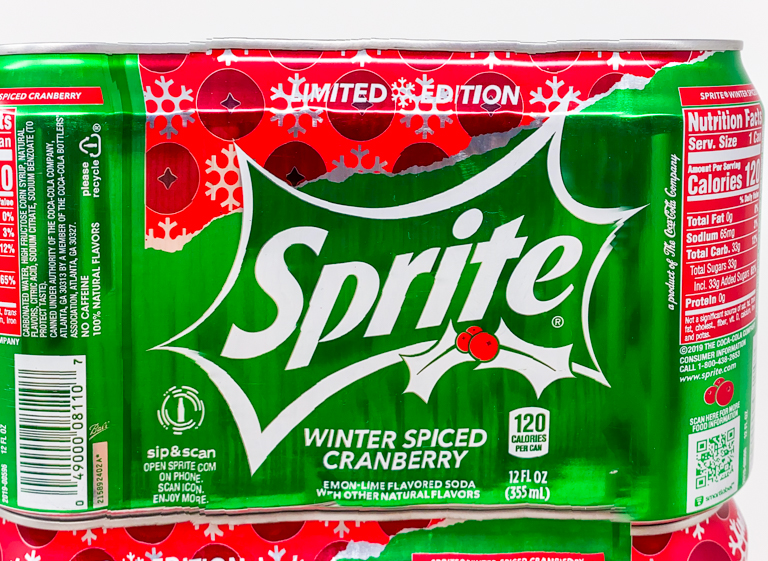 The Coke Freestyle machines have a rotating screen and this one pops up every so often. 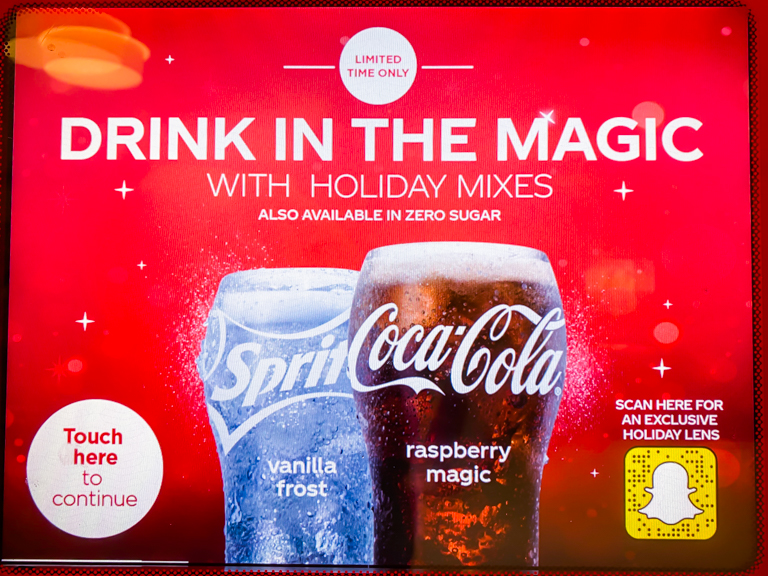 Let's try them.
Cinnamon Coke was interesting. Theresa likened it to drinking gingerbread coke, and I can see that. I've tried it once. No need to try it again.
Winter Spiced Cranberry Sprite was a little better. I'm not sure about spiciness, but it does have a fruity flavor to it. Jon thought is tasted a bit like Nerds candy. 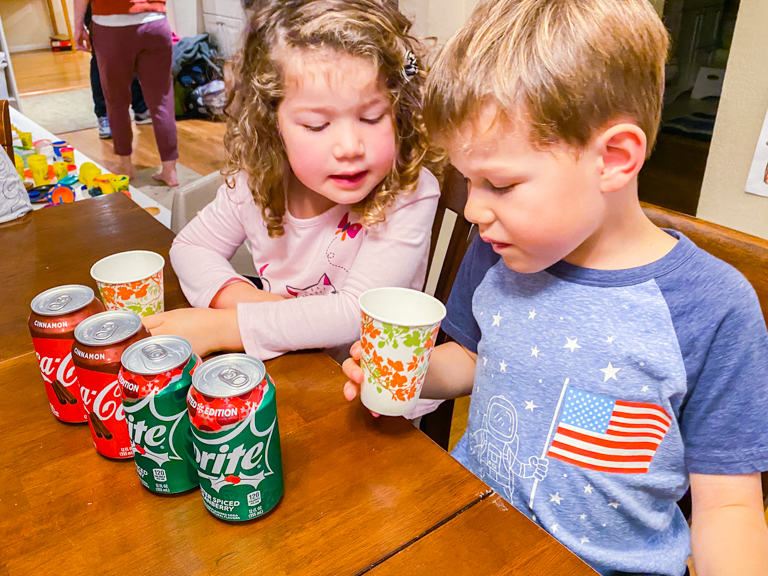 Raspberry Magic Coke. Why do they even try to make things taste like raspberry. As Jess said, it always tastes medicinal. That's not what I'm looking for in a drink.
My favorite of the bunch was the Vanilla Frost Sprite. It had a cream soda hint to it. It says Sprite, but I didn't get any lemon-lime flavor from it. It's too bad that it's only on these Freestyle machines as far as I know, which means it'll be a bit more difficult to come by. 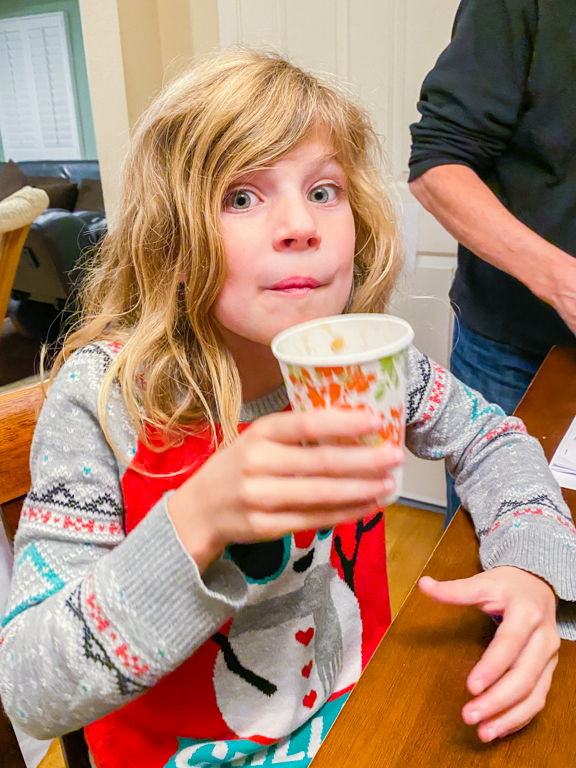