Since we're in Michigan, and since it's right in between the two kids' birthdays, we're going to celebrate them. 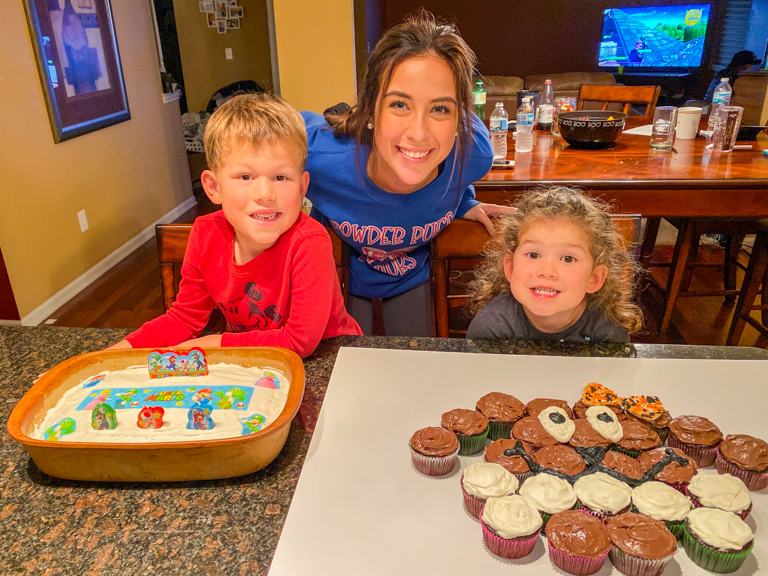 A couple weeks ahead of time, knowing we were coming, Aubrey called the kids to find out what kind of cake each of the kids wanted. The requests were a little surprising. But given enough time, Aubrey was able to plan for them. Of course Alli wanted to help out making everything. First are the cupcakes. 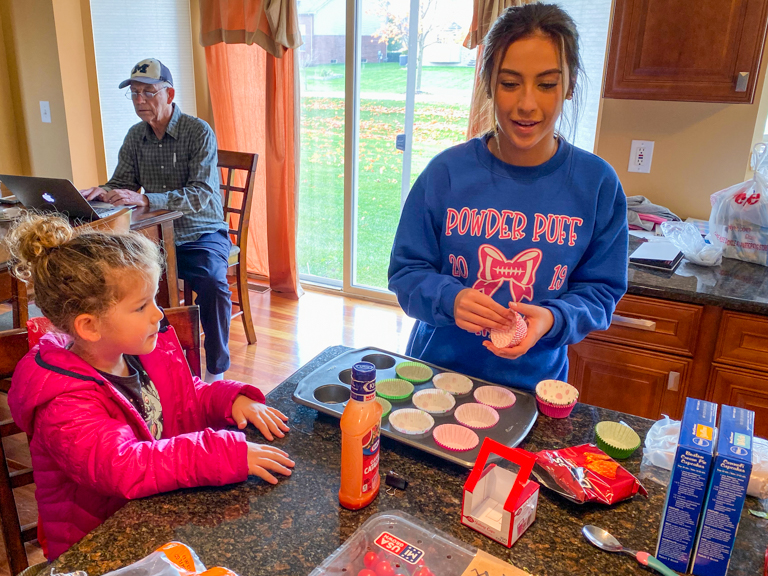 Making sure they cook right. 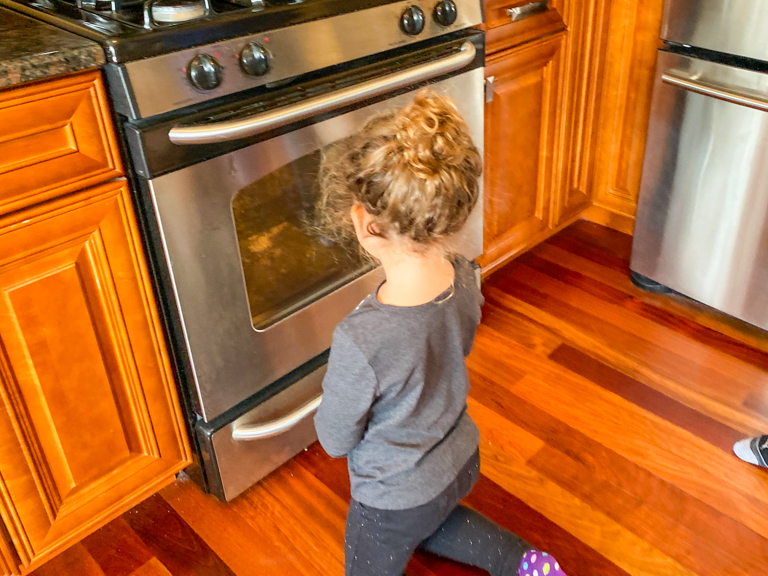 And now it's time to frost them. 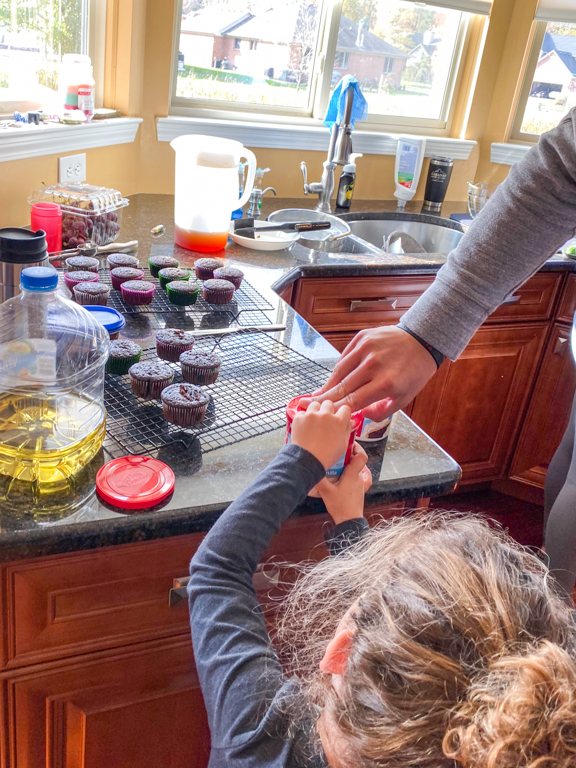 Alli's request was a doggy cake. I asked if I could eat the bow. Daddy, it's made of cardboard! 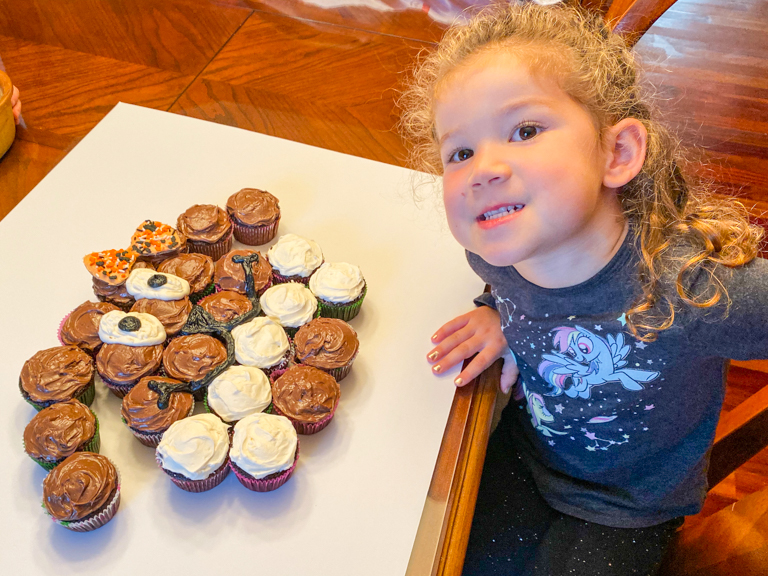 And the two kids wanted different cakes of course. But Aubrey was willing to accommodate them both. 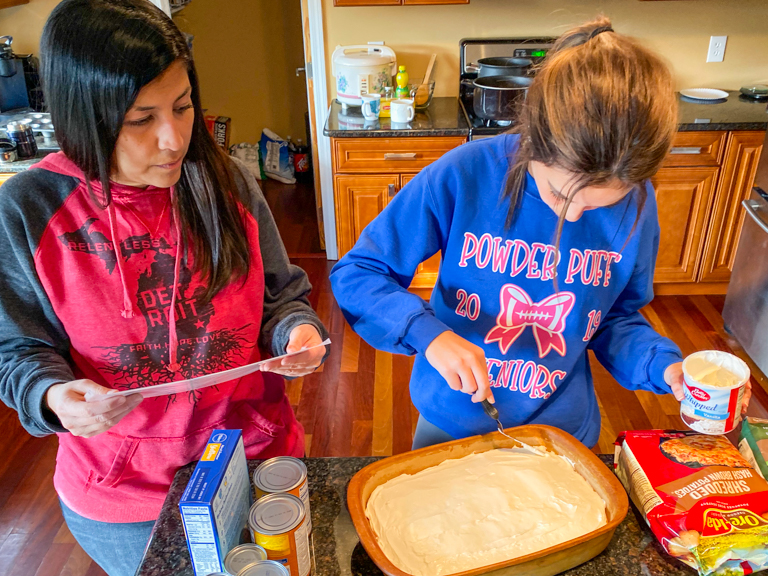 Alli, do you want to taste a star?
Alli - Eat the plastic? 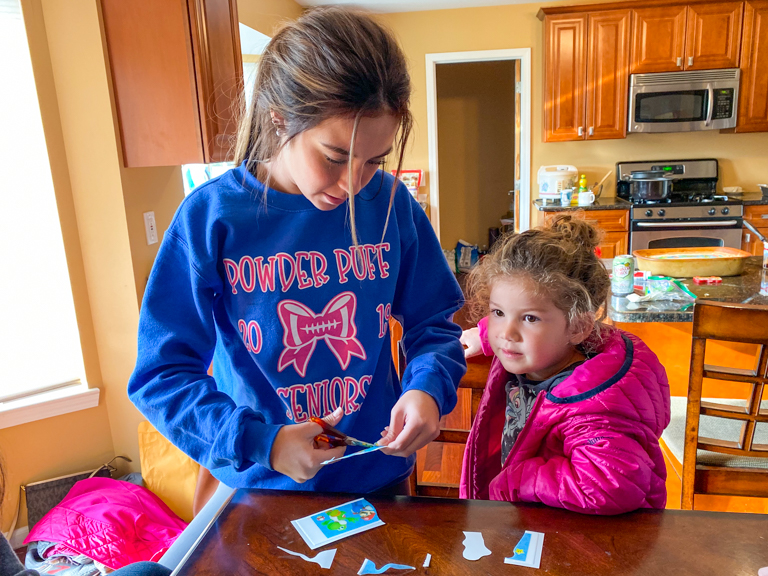 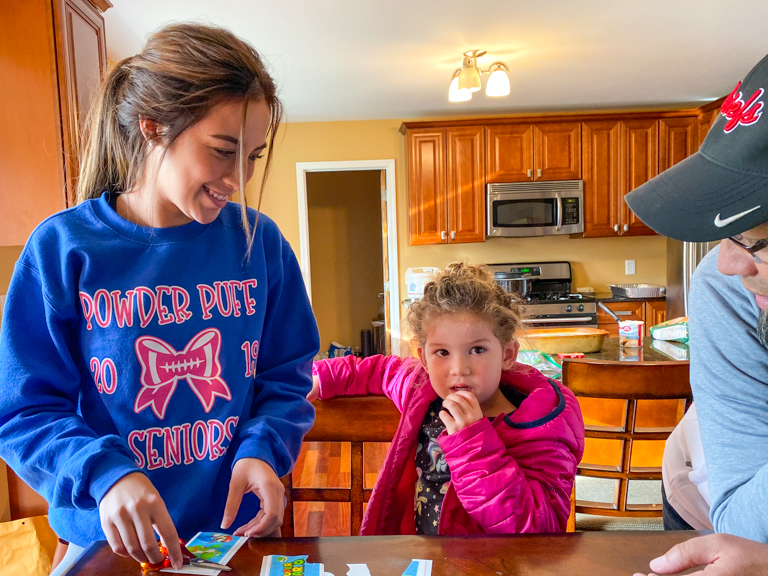 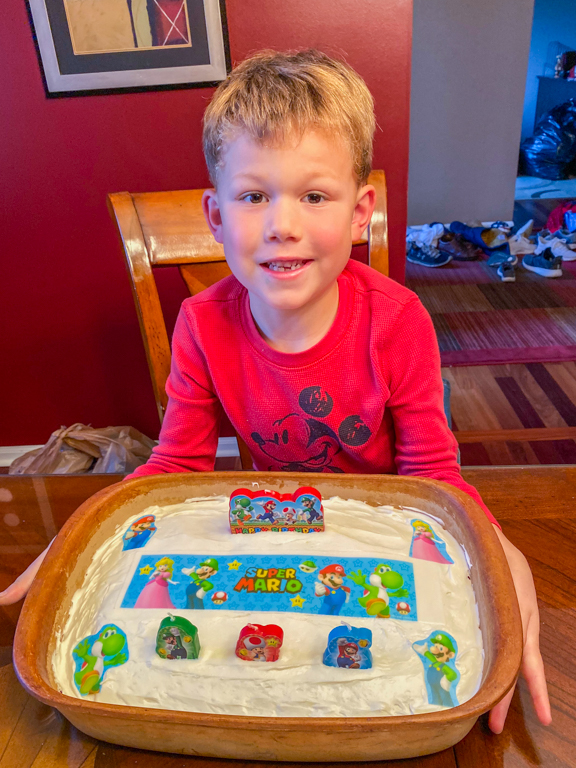 Lighting the candles we were looking for matches. Ty grabbed his blowtorch and gave that a shot. Ian was not a fan.
Ian - I don't want to get fire on me. 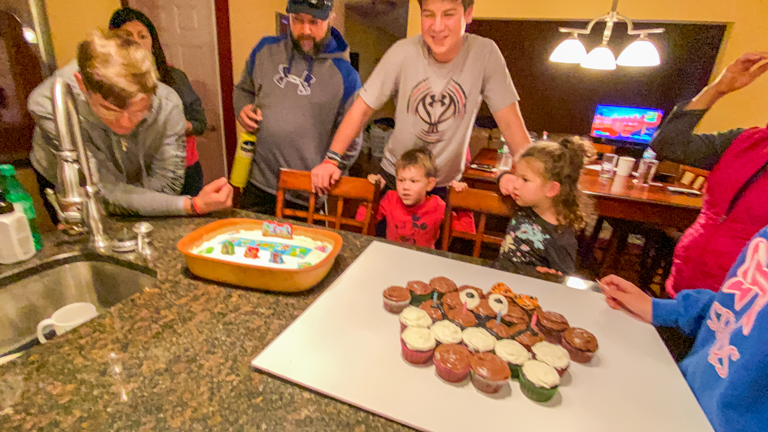 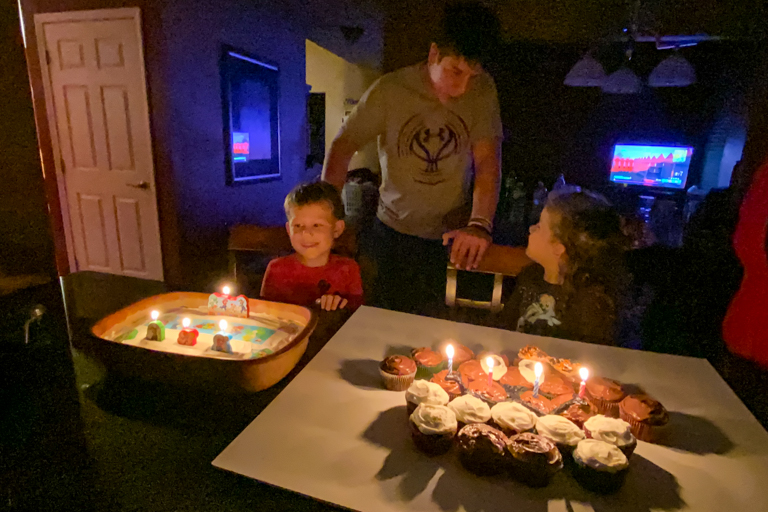 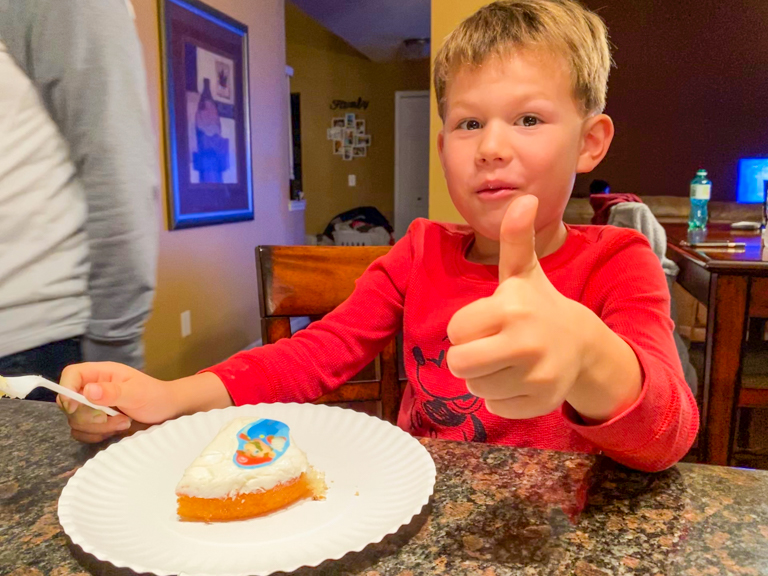 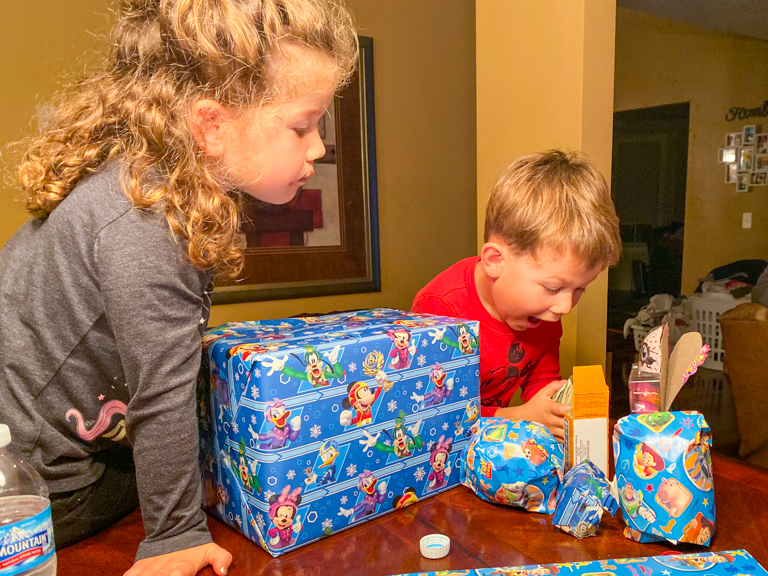 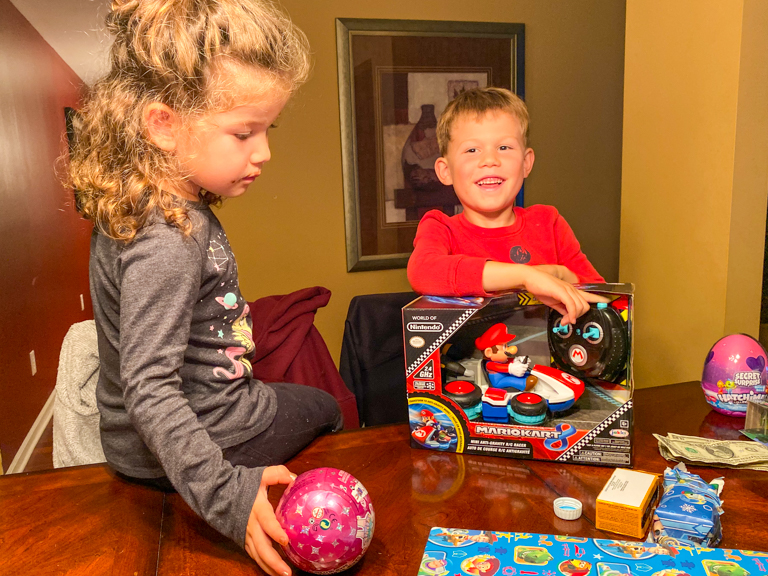 Just as excited for one of Alli's presents. A Hatchimal. 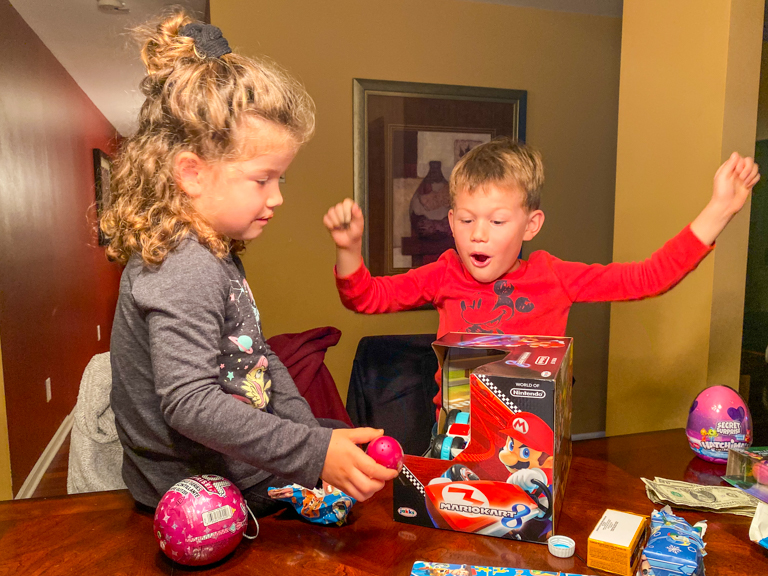 And I'm sure this will be seen in the future. A pin unicorn shirt and pants, in a matching unicorn bag. 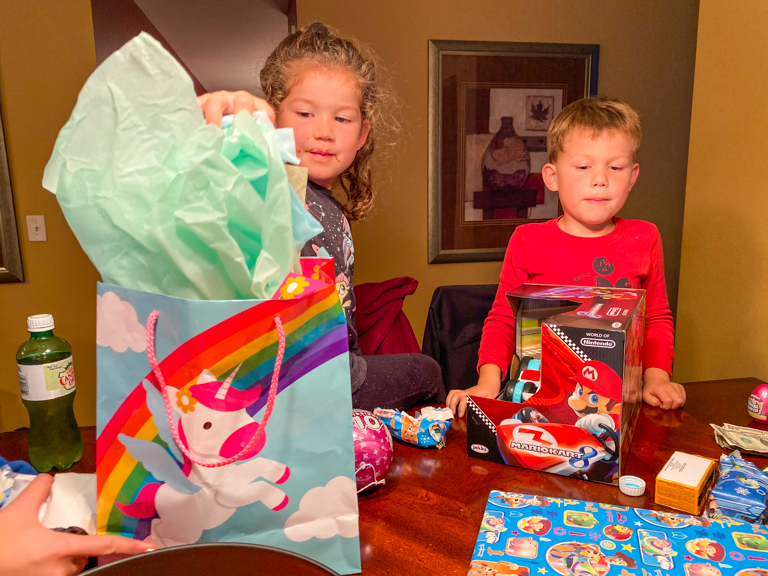 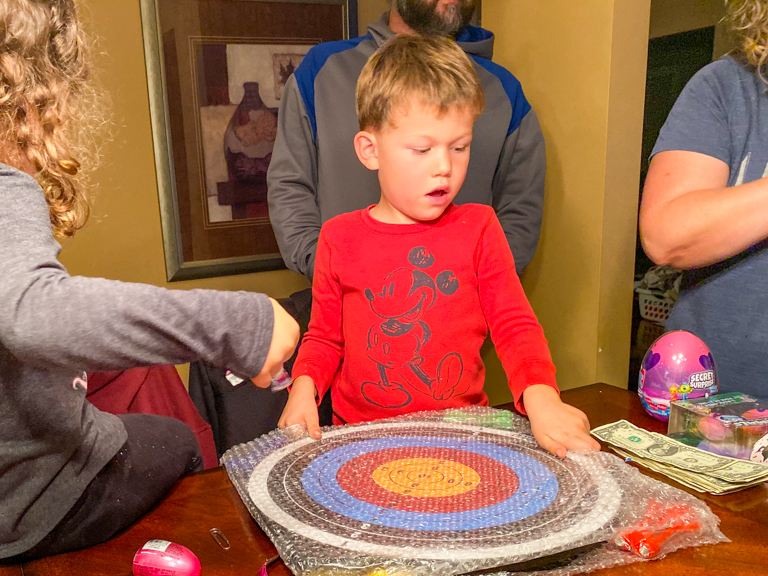