November 9th is National Louisiana Day. I had my own ideas how to celebrate it, and after asking two other people the first thing they thought about when I said Louisiana, it confirmed it. When I think of Louisiana I think of Hot Sauce!
And there's no better Louisiana Hot Sauce than Tabasco Pepper Sauce from the McIlhenny Company in Avery Island Louisiana. 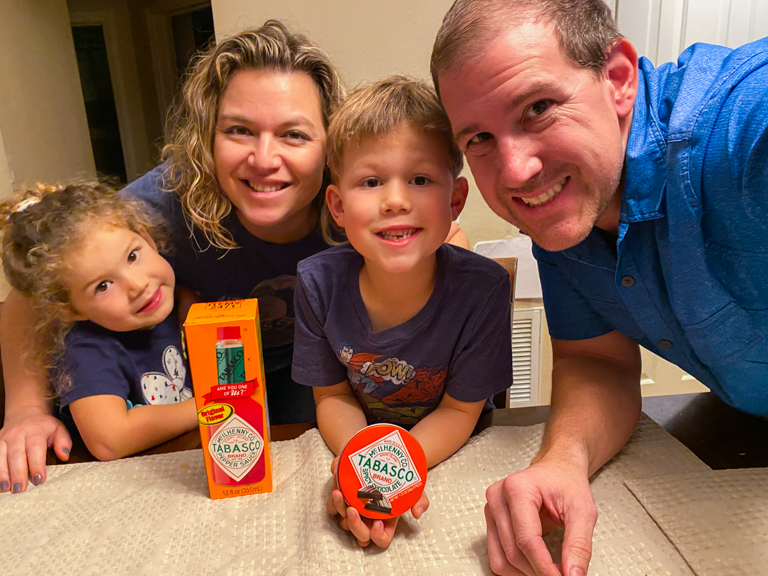 And I just so happen to have a special Spicy Dark Chocolate from Tabasco for us to sample today. 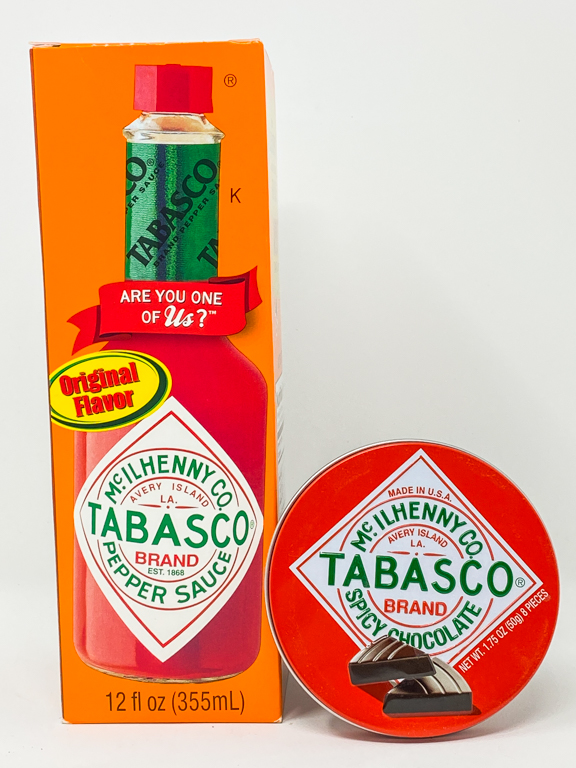 Inside, the chocolate is divided into 8 pieces. I like the tin, but the branding isn't as good as the Tabasco Jelly Belly Jelly Beans I tried a few years ago. 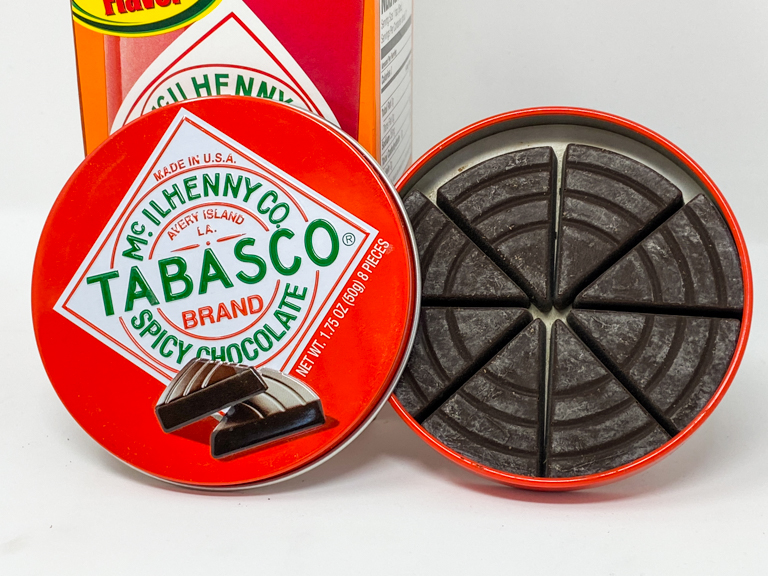 Here's a girl who loves spice. She'll douse lots of things in Tabasco, like eggs, chicken, vegetable soup, chili, and especially on top of Chick-Fil-A sandwiches. 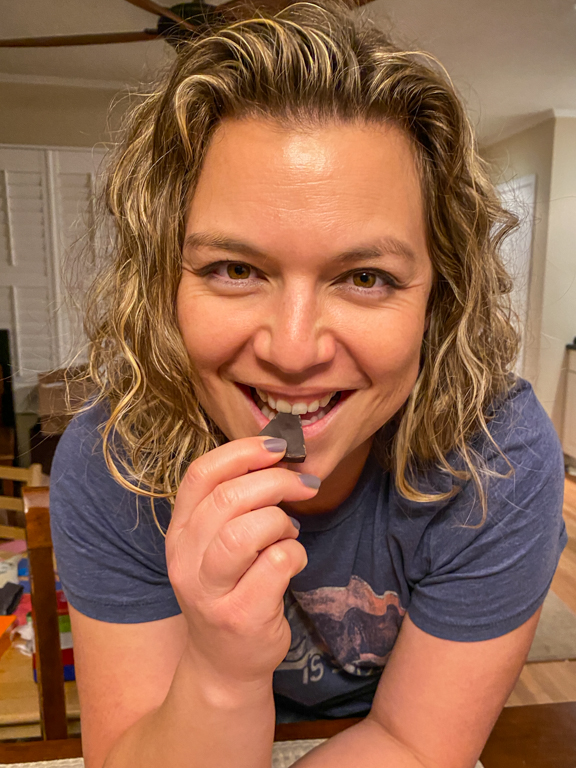 I love spicy foods too. Bring on the heat!
Ian doesn't like anything spicy. 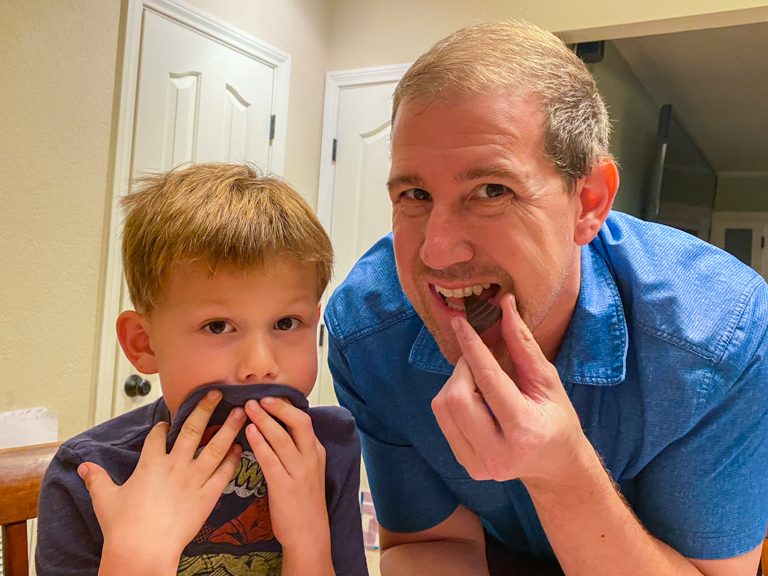 But Alli is my little adventurous one. She was willing to give it a try. 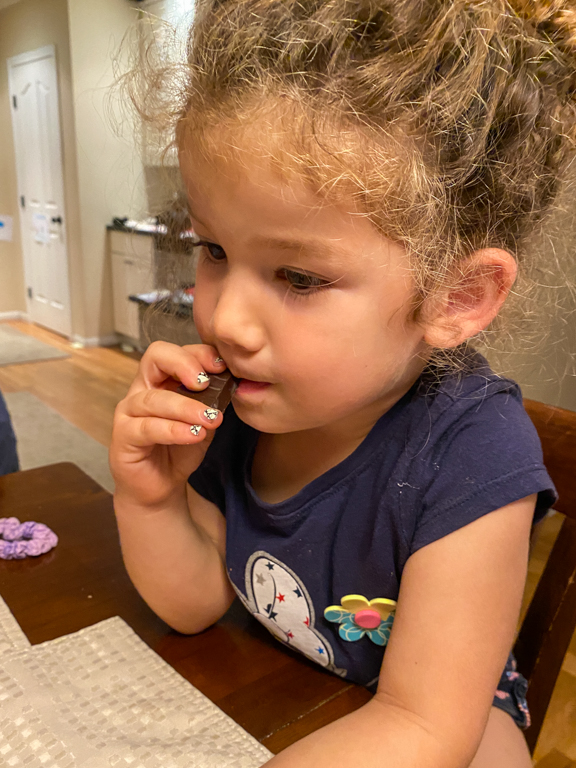 Ian making up his mind to give it a shot. 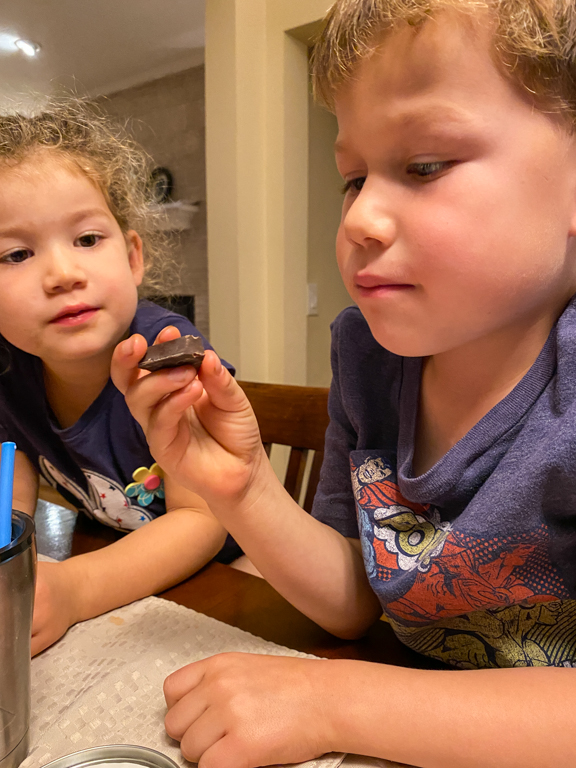 Glad you tried it buddy. I can't have you being a spice wimp. 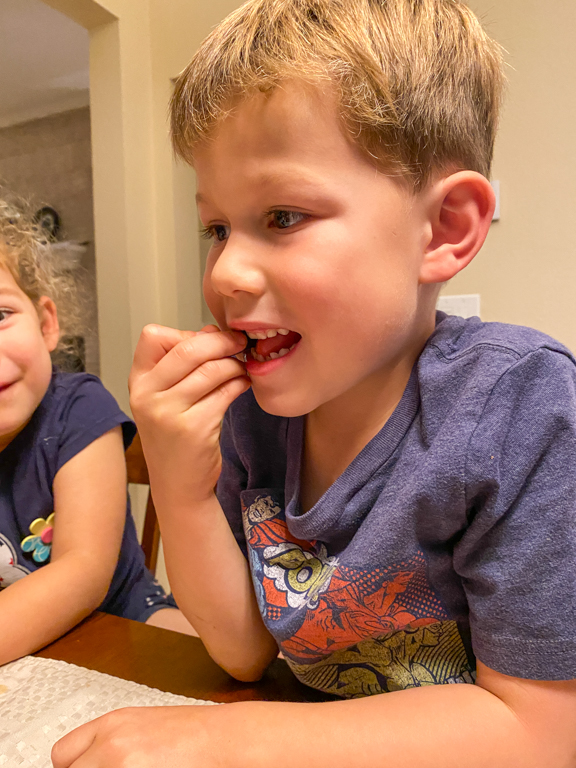 Alright, what's the kids' verdict? Alli gave it a thumbs up. She likes things a little spicy. Ian didn't hate it, but he didn't love it either. Sideways thumb from him. 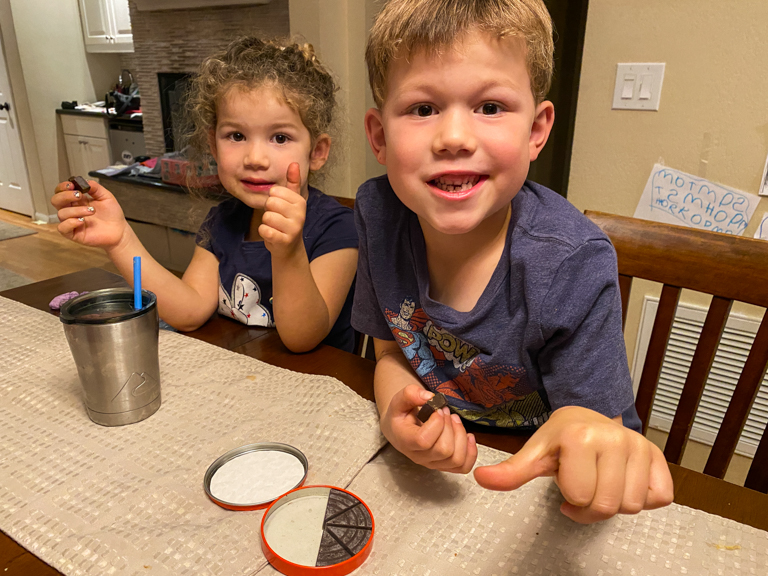 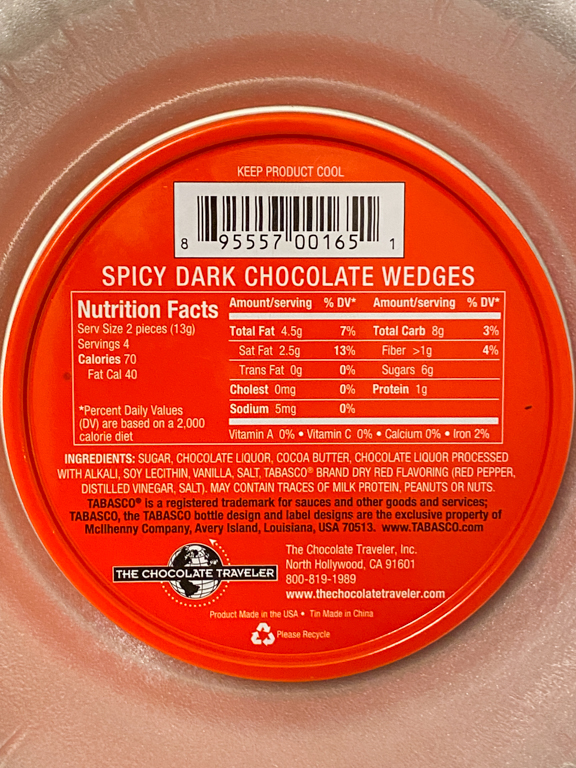