Who likes hot sauce? I know a few people who do. There's a lot of people here visiting for Thanksgiving so I've saved a few different taste tests for them. 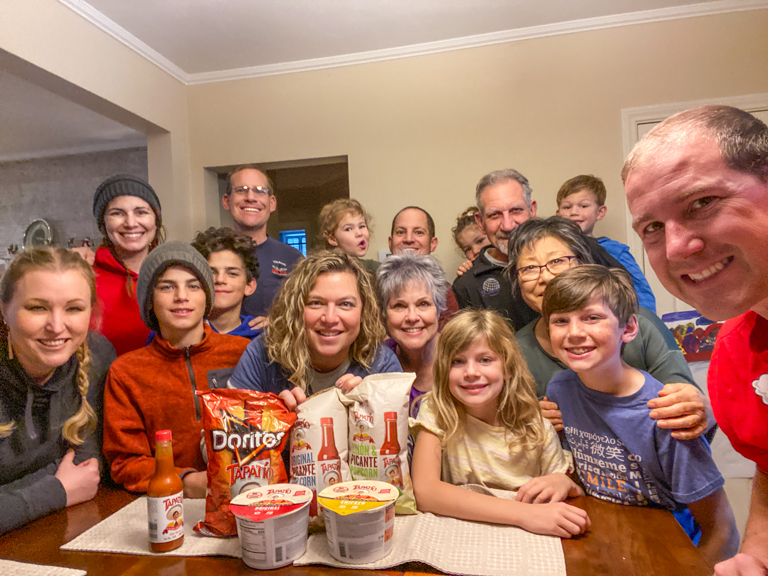 You've heard of Tapatío hot sauce, surely, but when I started finding different things by Tapatio, I knew there was going to be a taste test in the making. 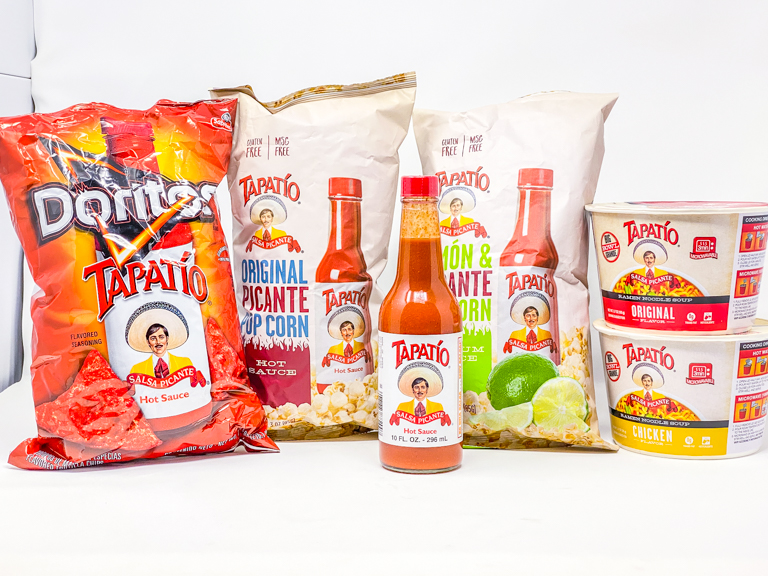 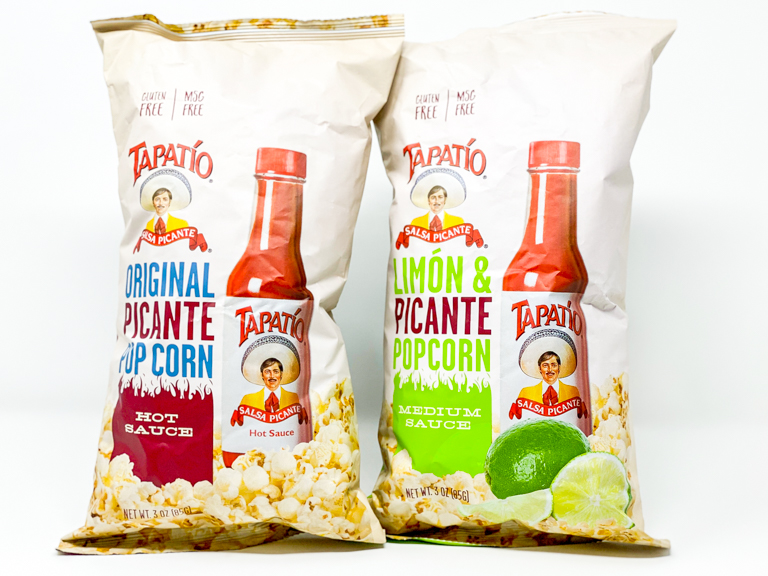 Unfortunately for the popcorn, despite not expiring for another few months, both of them had a humidified texture which was very distracting from the flavor. Of the things we tried, these were our least favorite. 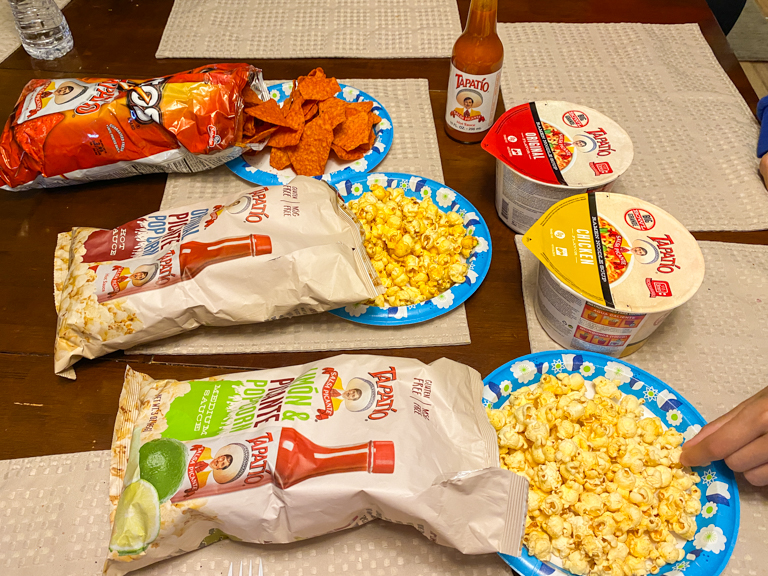 Everyone tried a couple pieces, just to say they tried it, and then they went into the trash. Bummer. 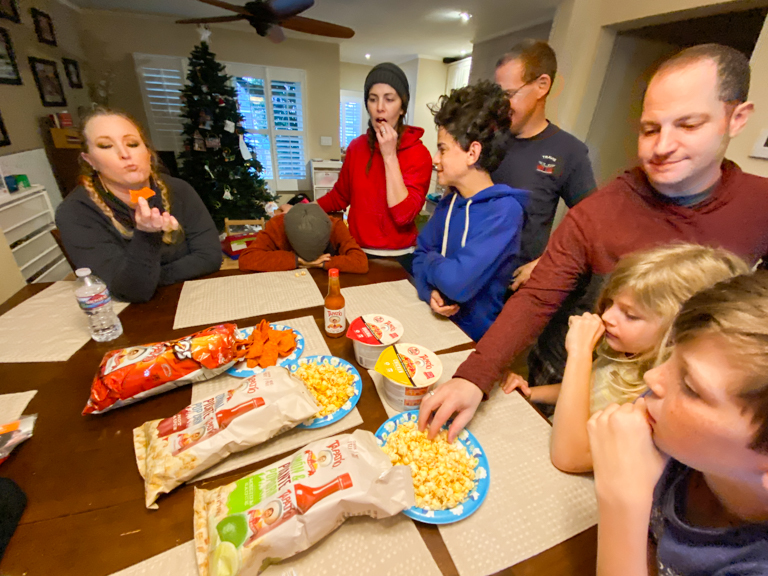 Next were the Doritos with Tapatio flavoring. 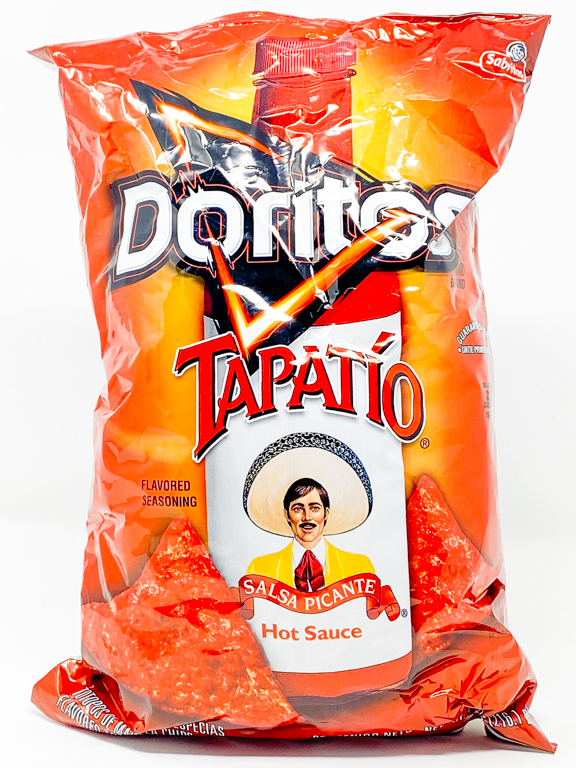 Megan has it right. Spicy Doritos chips are always a win, and these are delicious! 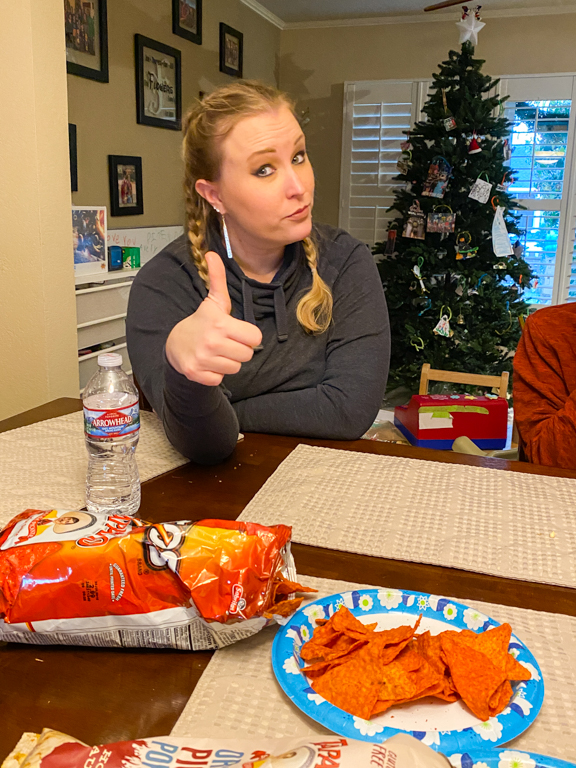 For all the things we tried, these Doritos were the favorites. Not quite a spicy as the Blazin' Doritos and a better flavor. 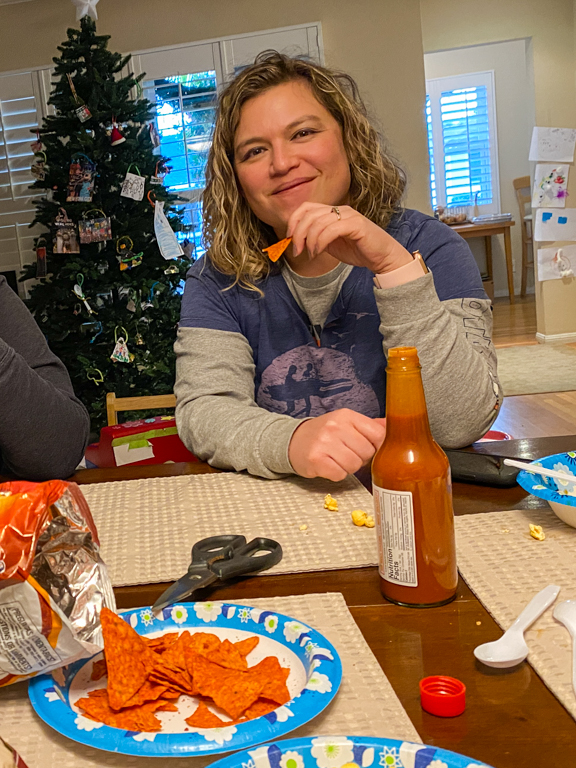 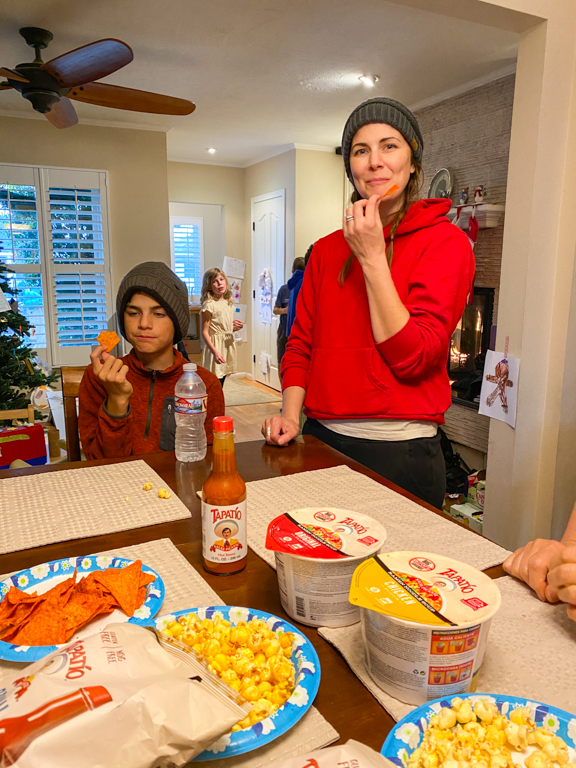 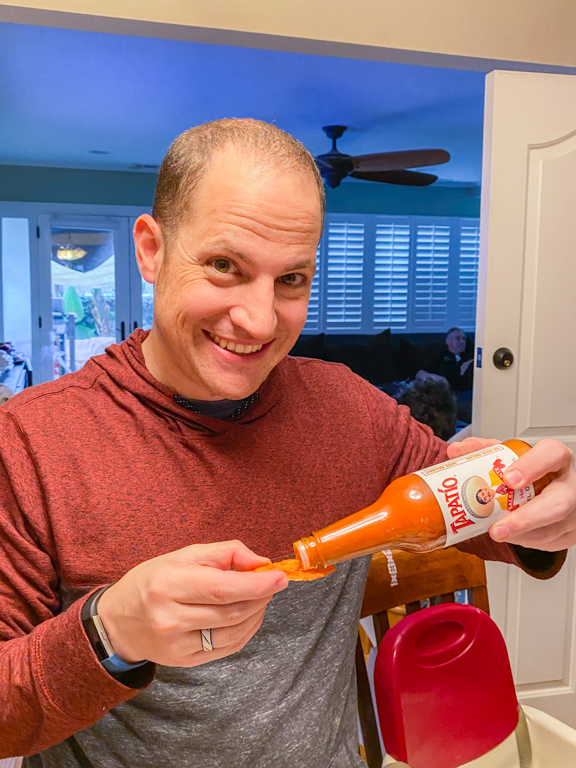 Last but not least were these Big Grande Bowl Ramen flavored with Tapatio. On a cold and rainy day, hot soup is the best. 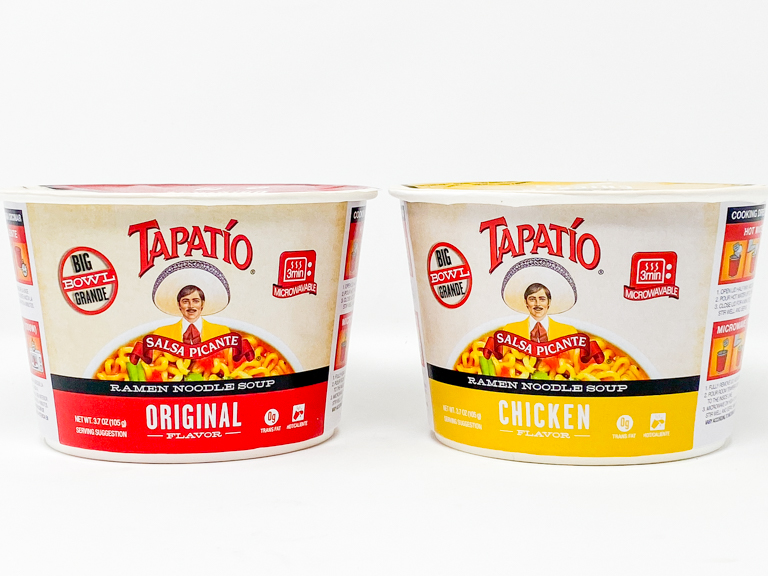 The Original Tapatio noodles were good, but the Chicken noodles were my favorite. That bit of savory chicken flavoring along with the spiciness of the Tapatio made it better than just plain spicy. 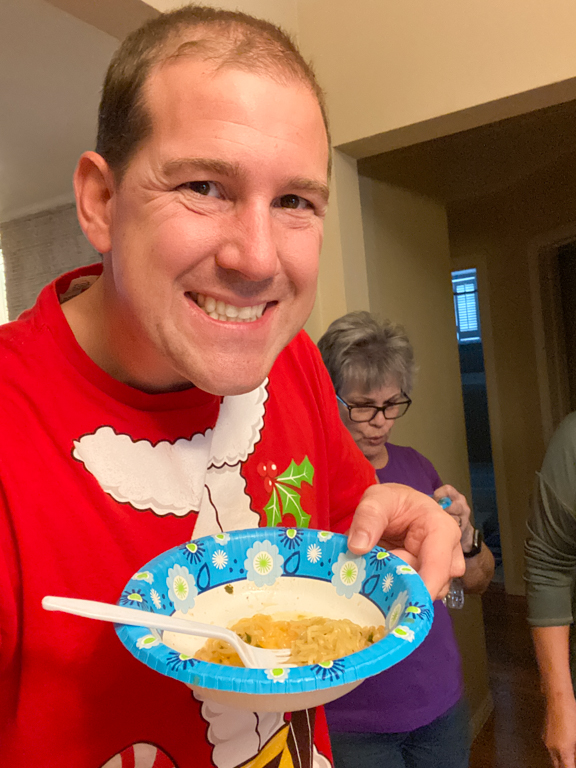 So if you like spicy Tapatio, I'd recommend trying the Tapatio Doritos and Chicken Ramen.
Posted by Joe at 7:30 PM