It's gotten to the point that before the kids go to bed, they ask me what day we're going to be celebrating tomorrow. Both were excited to learn that today is Play Monopoly Day. They both love games. 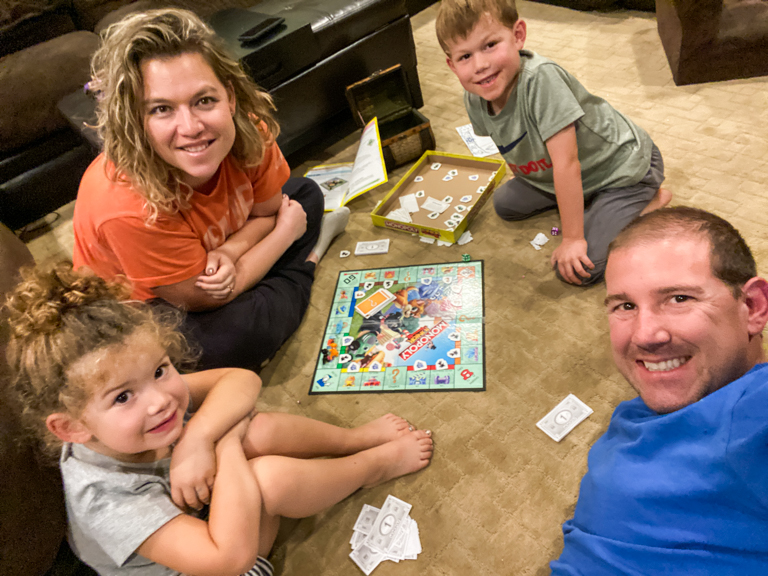 There are literally hundreds of different versions of Monopoly that have been sold since it was created back in 1903. And so when I got home from work, I was greeted by another custom version of Monopoly that the kids have been working on. It starts with the box of course. 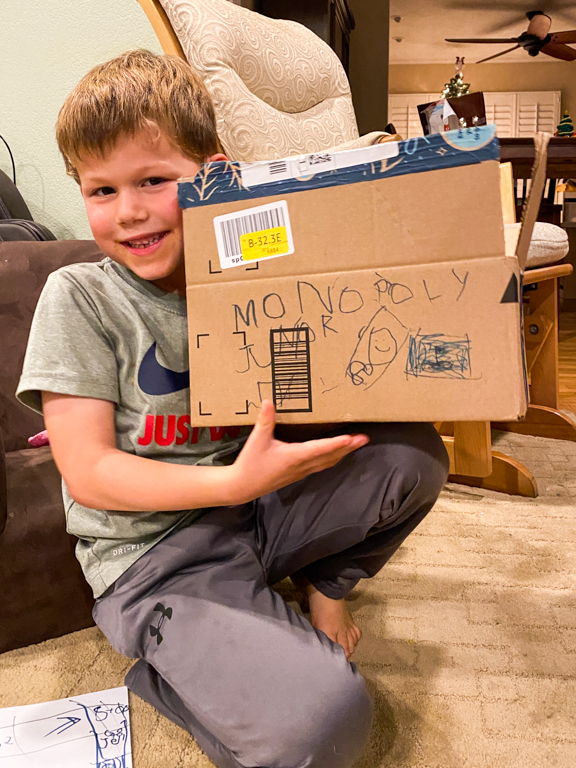 There is also a custom game board. All those scraps of paper are their monopoly money that have been cut with special scissors to give them a unique edge. 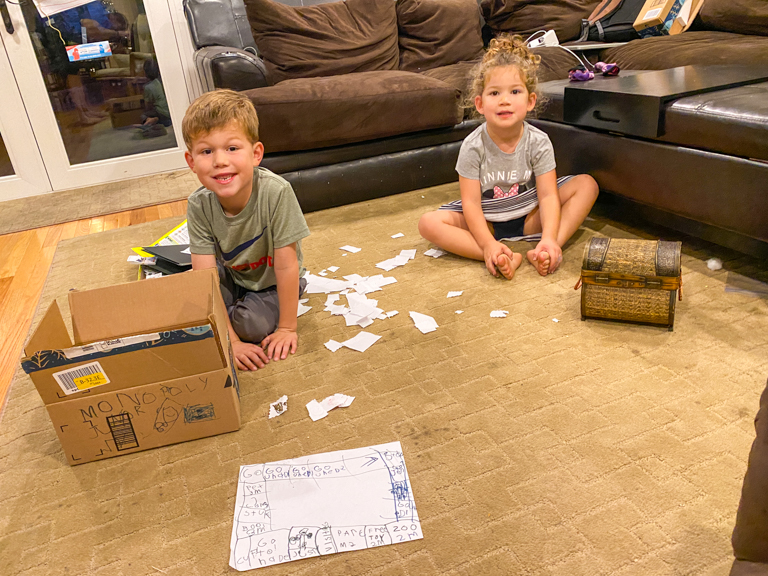 And there's custom game pieces too. A race car, a smiley face, a table, and a brown swirly swirl. 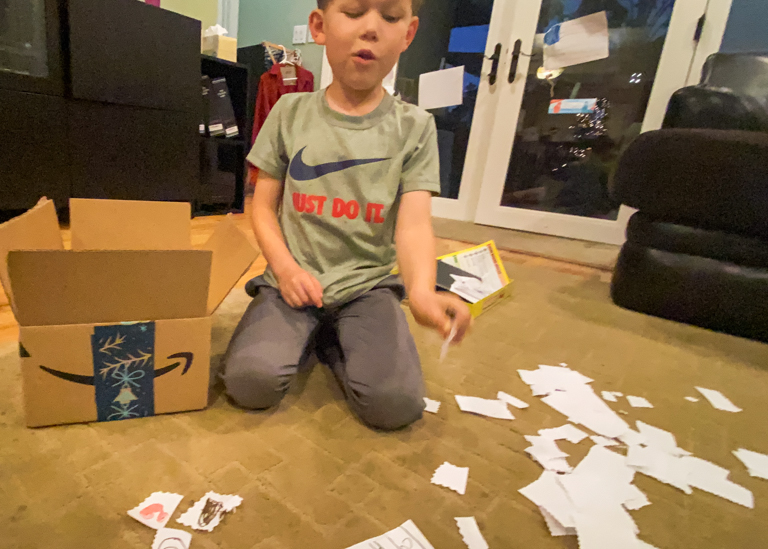 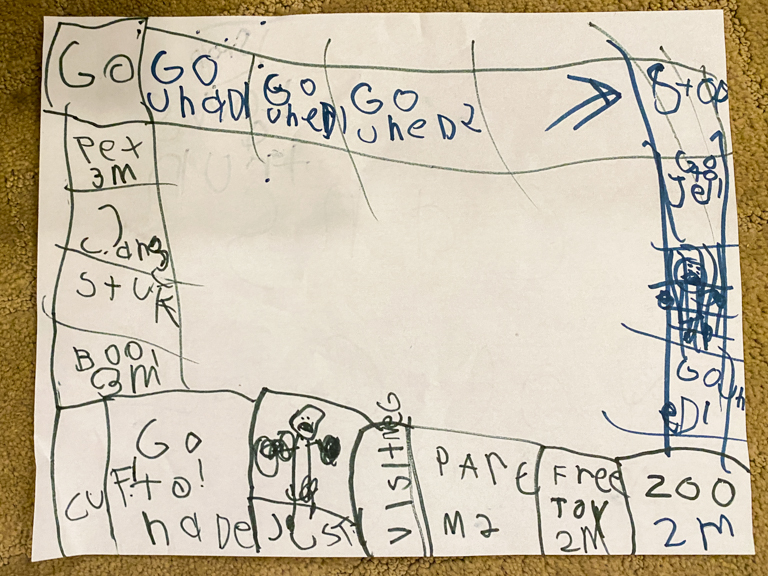 Ian and I played while Alli was the banker. There was no property to acquire and each of those tiles you can land on actually pays you money. The game is over when the bank is out of money and then everyone counts what they've gathered. You also got money for various things like changing your dice color. At any time you could swap dice colors and get $2. You can also swap your character at any time. 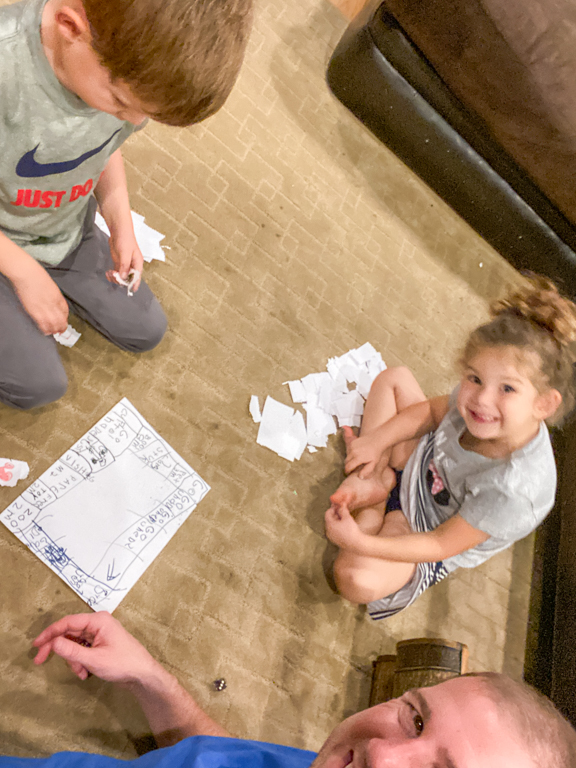 I think I'm going to need to introduce them to Calvinball. I bet they could get interestingly creative.

After Theresa got home and after dinner, the official Monopoly Junior came out. 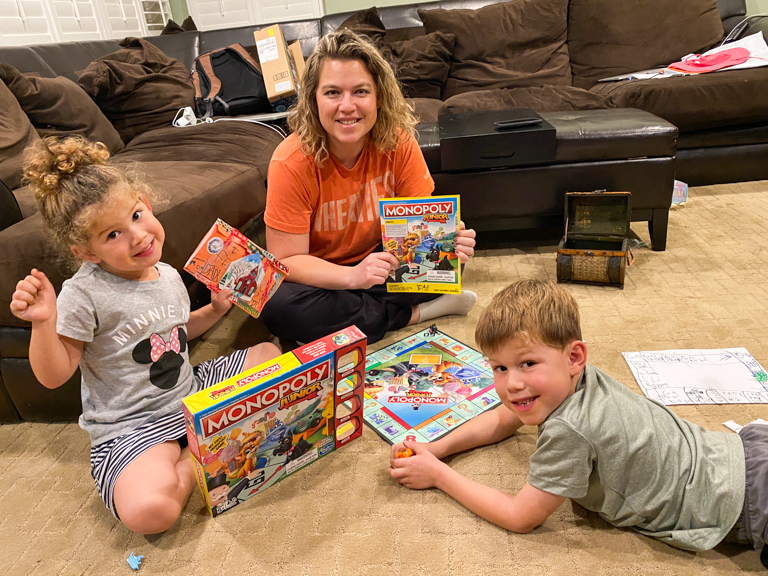 Alli once again wanted to be the banker, while Theresa, Ian, and I played. 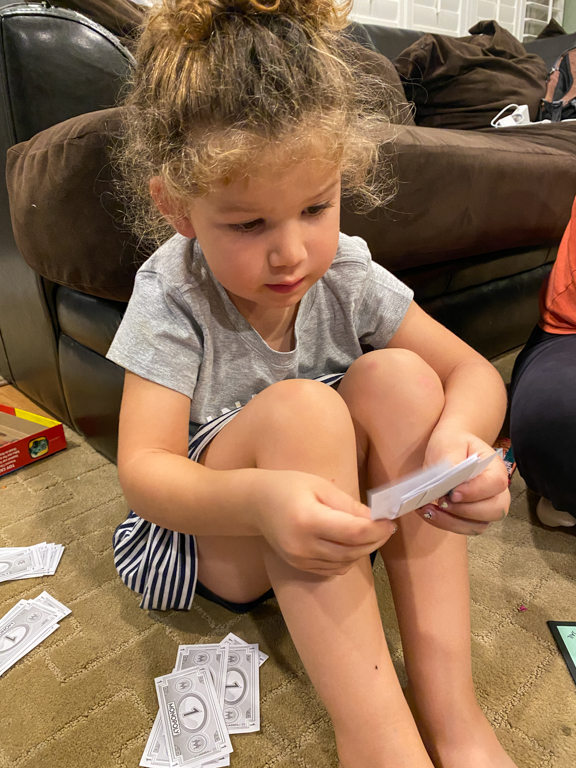 The family came together and had a fun time which I think is the whole point of Monopoly Day.