Any time there's a new Kit Kat flavor, I'm excited to give it a try. This one is supposed to taste like Apple Pie! Grandpa loves Apple Pie so he's going to join us for this one. 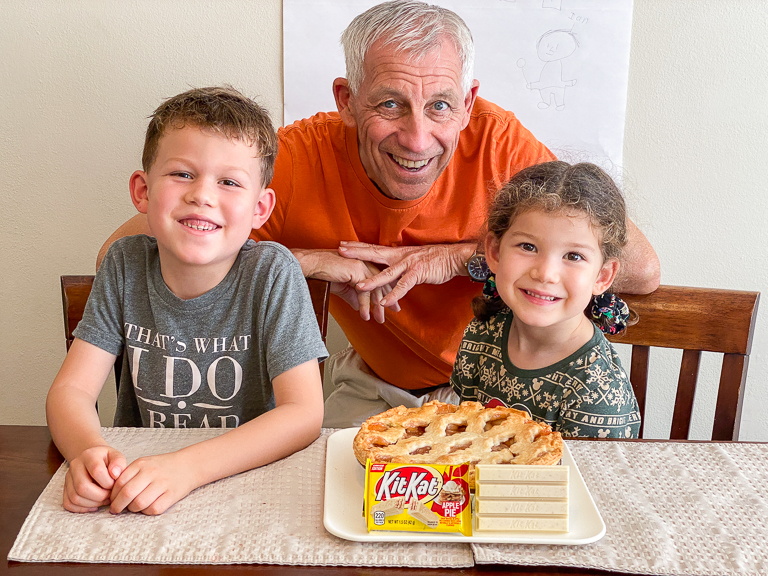 And we're going to have a real apple pie to go along with it. It'll give us a real basis for comparison. 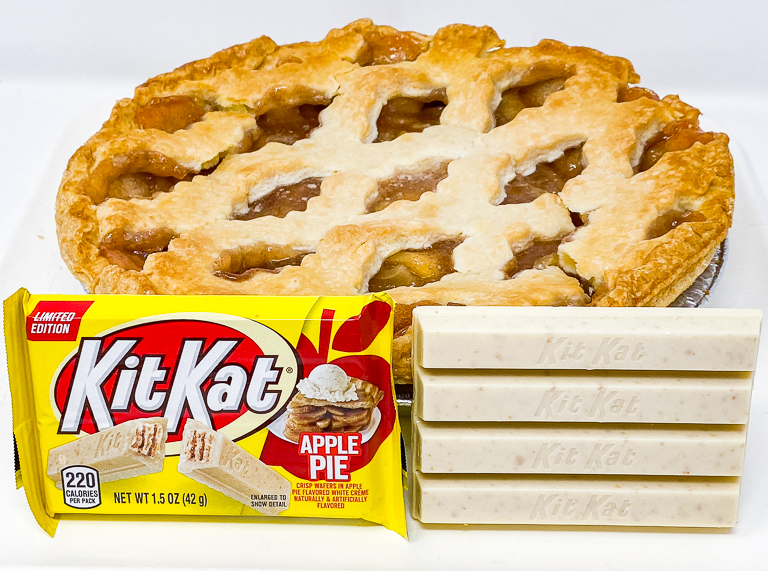 The Kit Kat bar itself looks to be speckled with flecks of something. It's not just white chocolate. 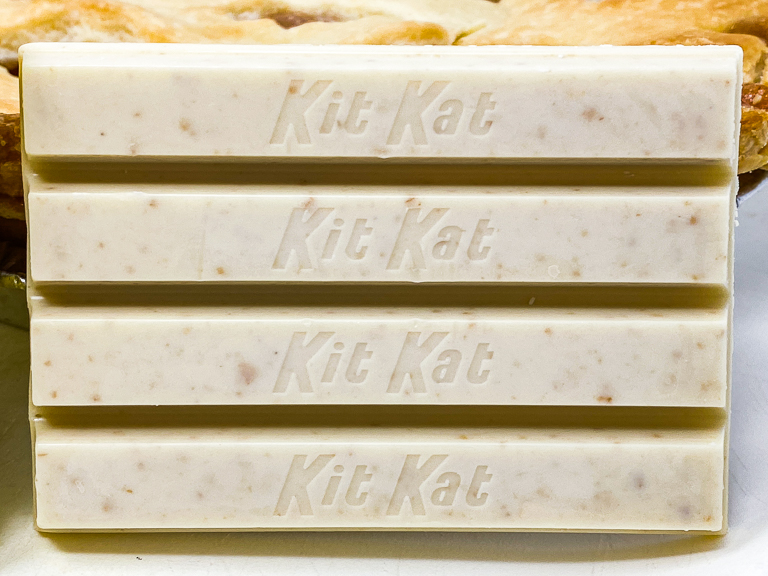 Let's take a closer look at the package.
Crisp Wafers in Apple Pie flavored White Creme.
And we seem to be missing something on our pie. 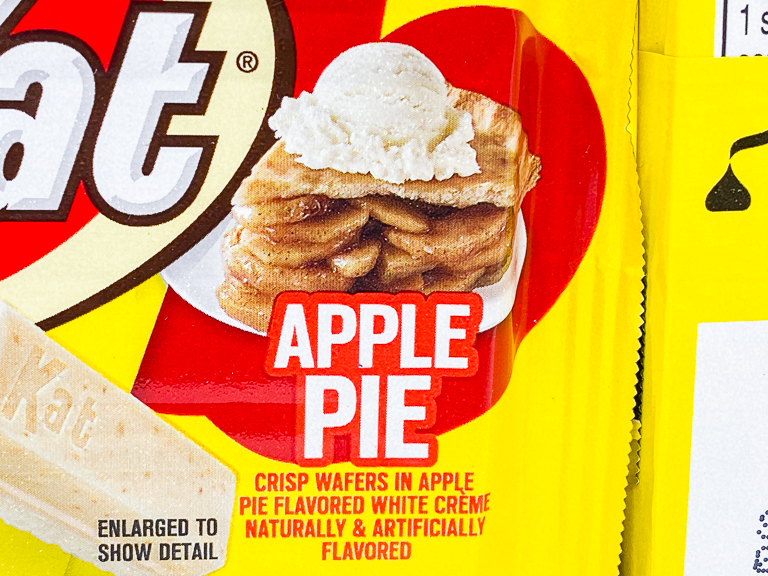 Grandpa was quick with the ice cream to remedy that. 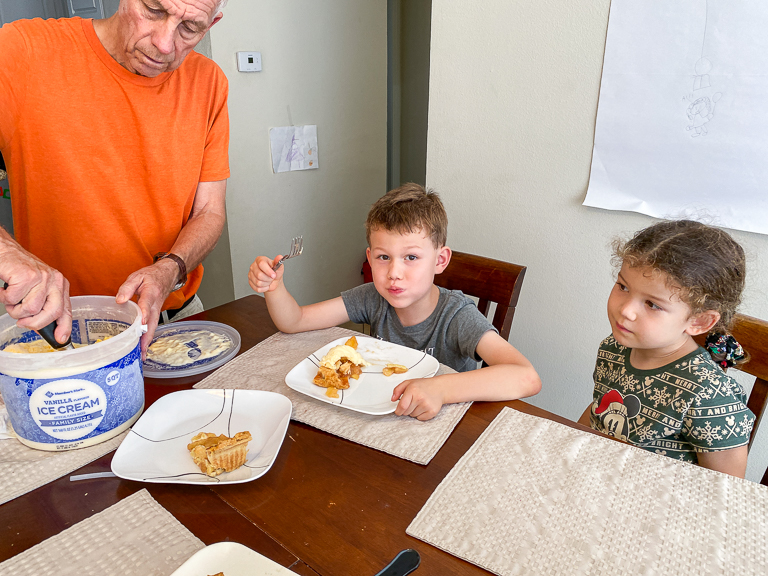 There we go. Apple Pie and Ice Cream to go up against our Apple Pie Kit Kat. 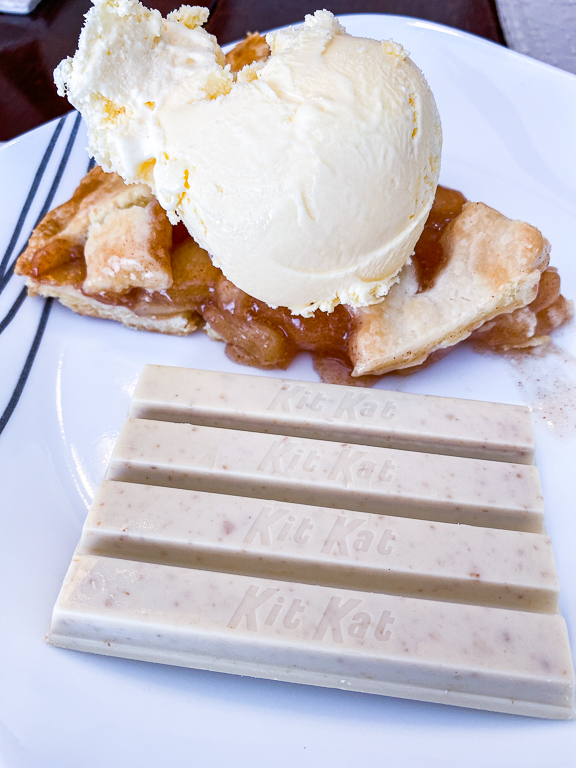 First the pie. It's hard to go wrong with apple pie and ice cream. 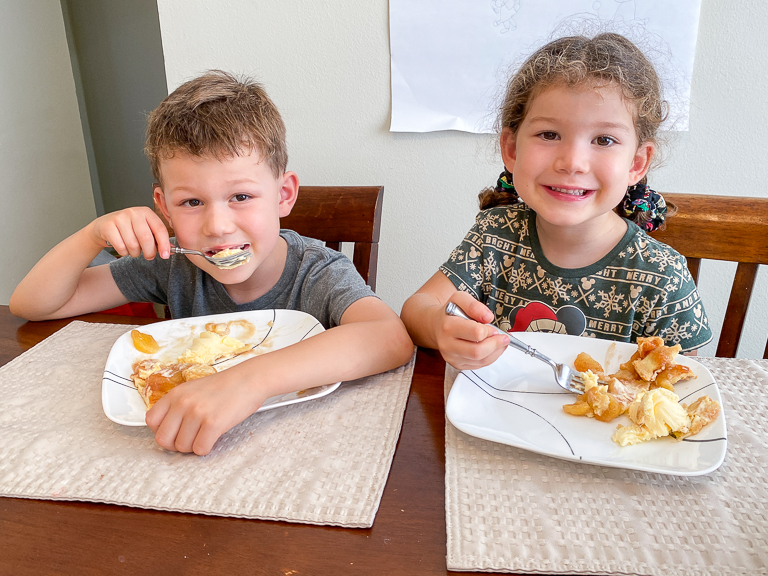 Grammy is one of those "no pie for me, thank you" people, but is quick to "share" from Richard's plate. Ha. 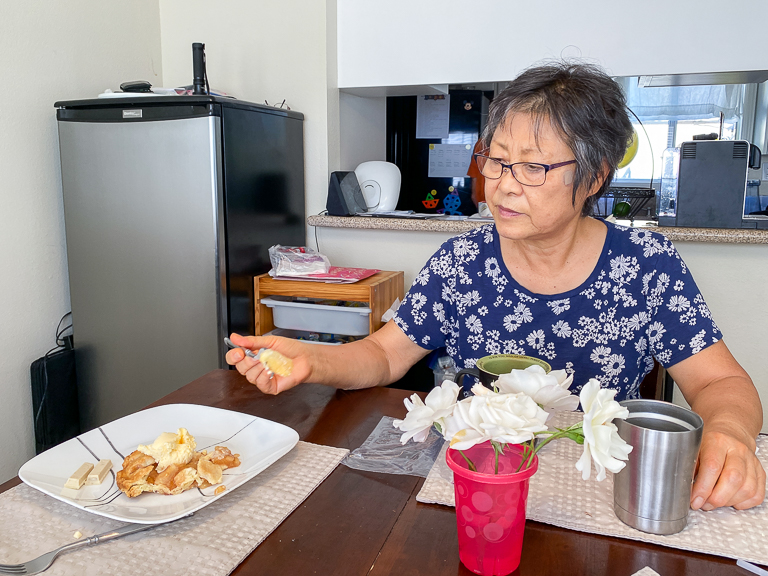 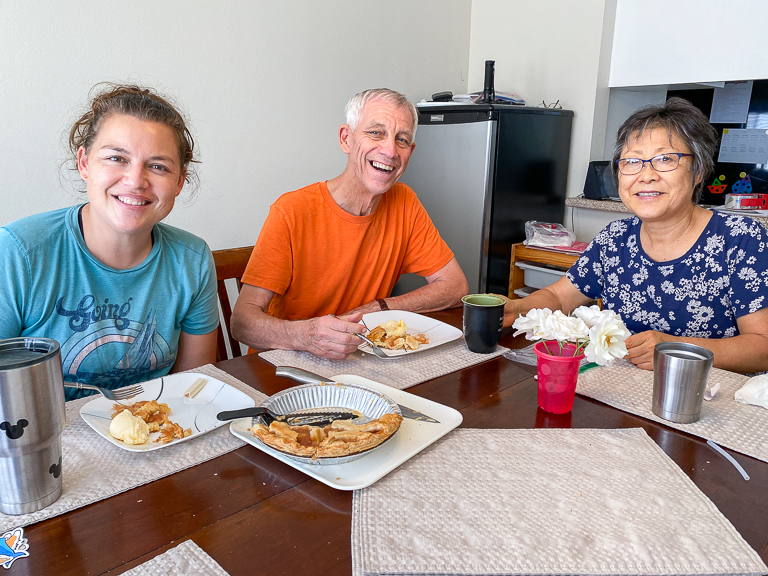 But what about the Apple Pie Kit Kat? What's the verdict on those? 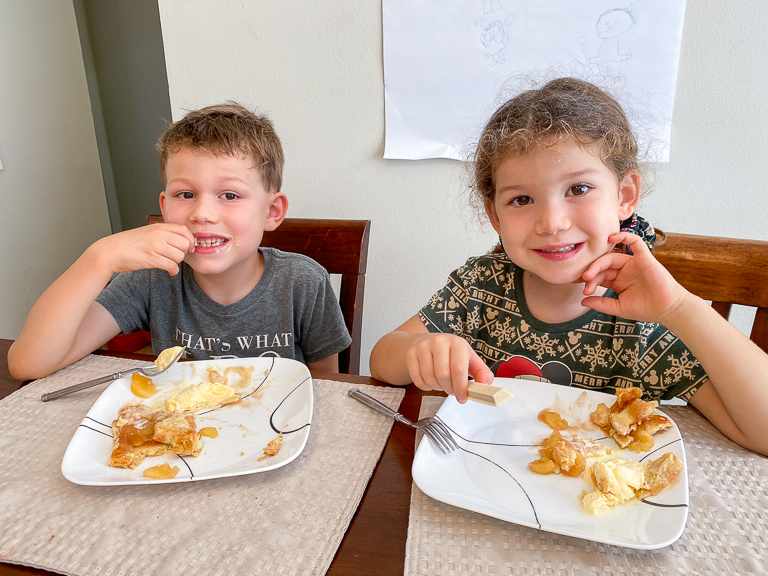 Uh, something seems missing. Did they forget to put any flavor in the Apple Pie Kit Kats? 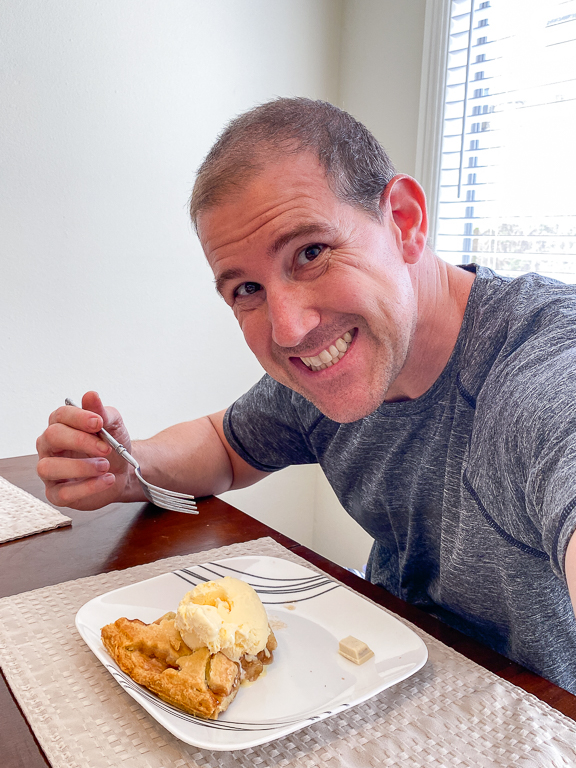 The flavor is supposed to be in the White Creme, but I'm not tasting any apple, cinnamon, spices, or anything. And the wafer just has the normal flavor too. 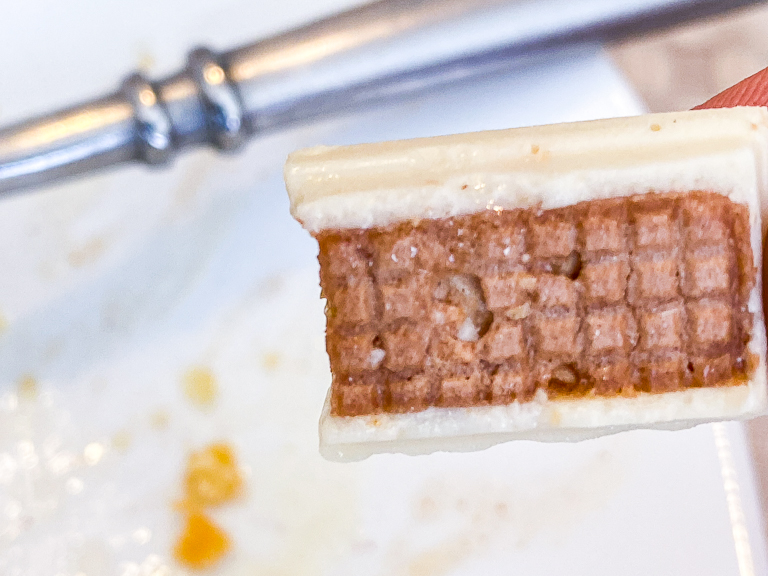 The ingredients on the packaging doesn't say anything other than "Natural Flavor and Artificial Flavor" and that's pretty far down the list.
As far as tasting like Apple Pie, these Kit Kats were a bust. 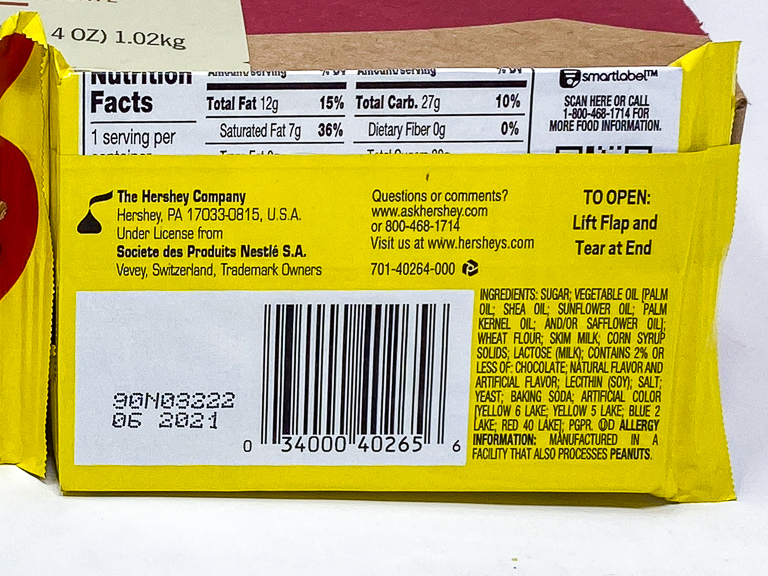