I can hardly believe it. How could 7 years with this boy have passed already? He's grown up into an amazing and special boy. We've got a fun day planned. 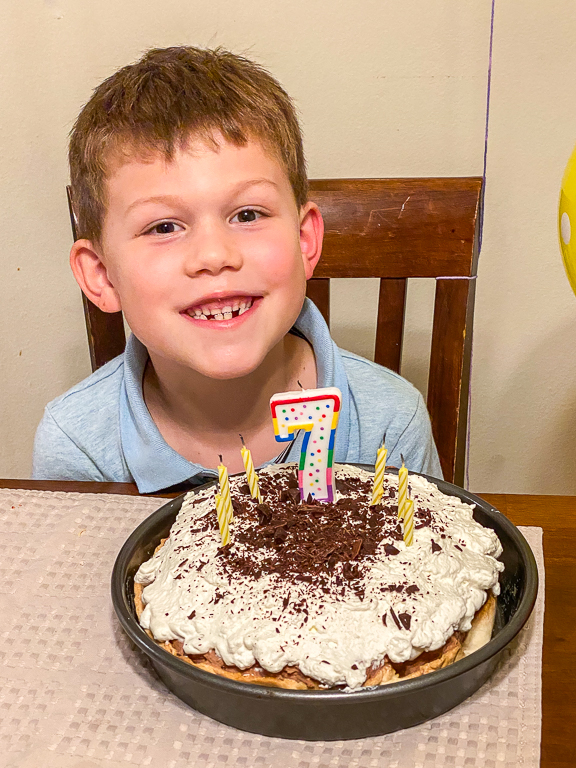 Ian made Alli's birthday extra special about a month ago. She wanted to do something similar in return. She's decorated the stairs with yarn (meant to be streamers).
Ian's lucky enough to have a birthday on Veteran's Day, which means he always gets the day off school! Theresa and I are taking the day off work too so we can do stuff together.
For his birthday breakfast Ian requested and received Chocolate Chip pancakes and Sour Dough Bread. 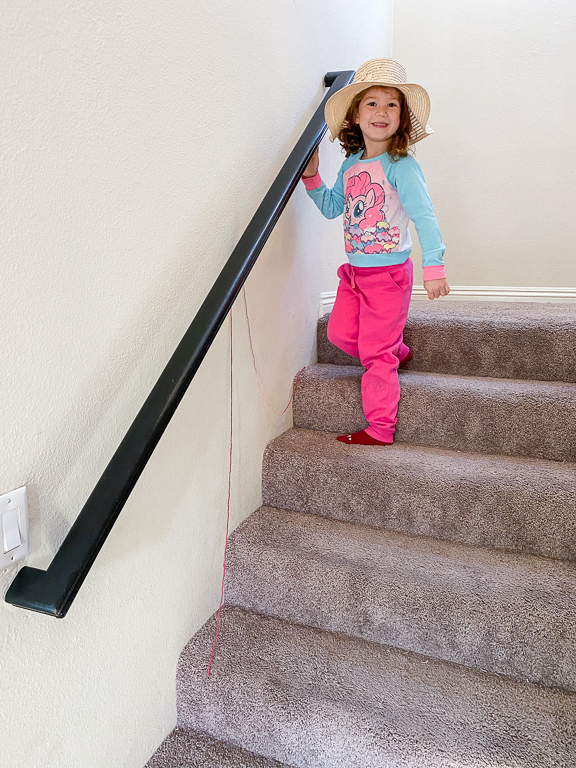 Theresa and I have a few things to make today. When Theresa asked Ian what he wanted for his cake, he actually requested a French Silk Pie, just like Daddy had on his birthday. 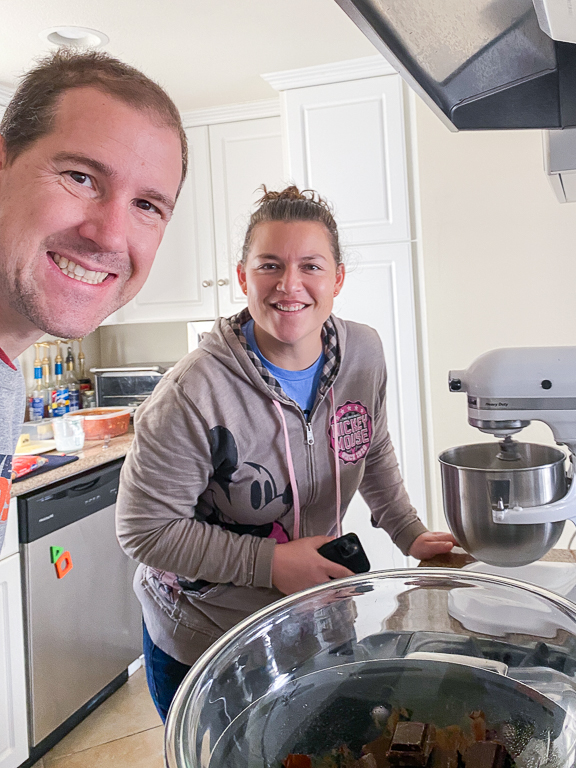 There's a few different steps to this recipe, but besides the pie crust, everything is made from scratch. 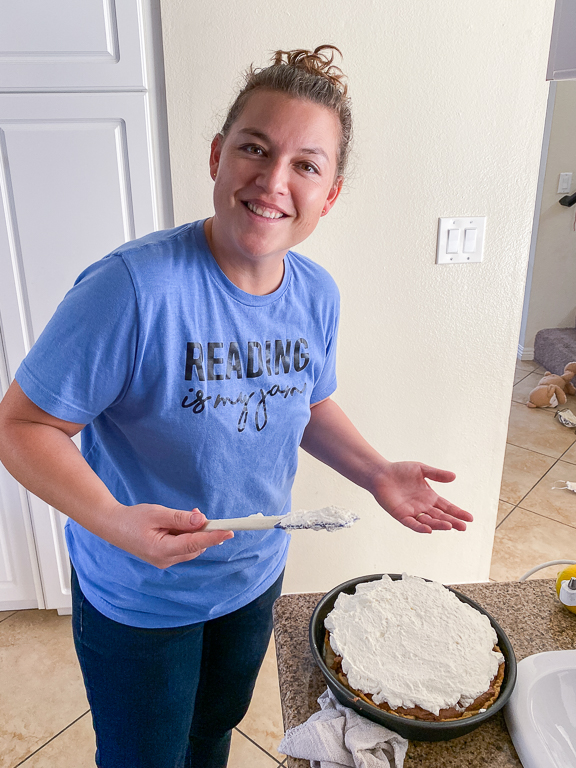 Topping it with shaved chocolate and then putting it in the fridge to set. With a little time before lunch, we went out and enjoyed a nice November bike ride. 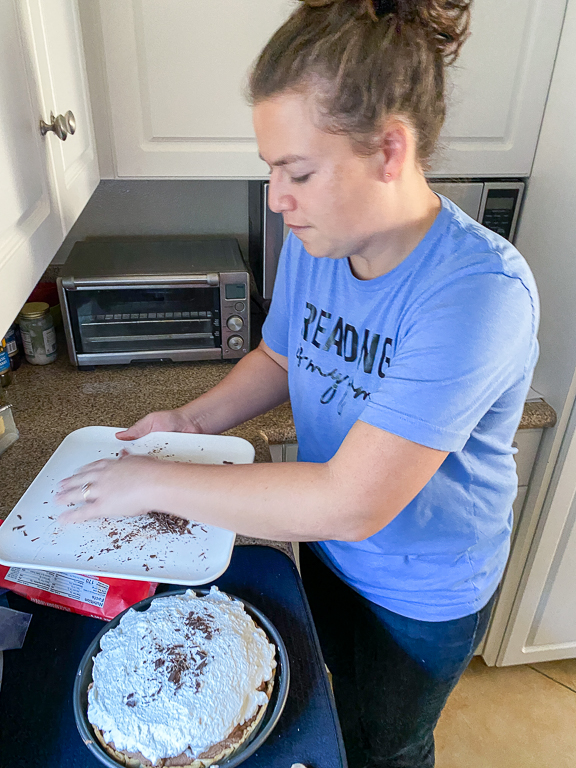 For lunch, just like on Alli's birthday, Ian is requesting Olive Garden made at home. That homemade alfredo sauce is so good. 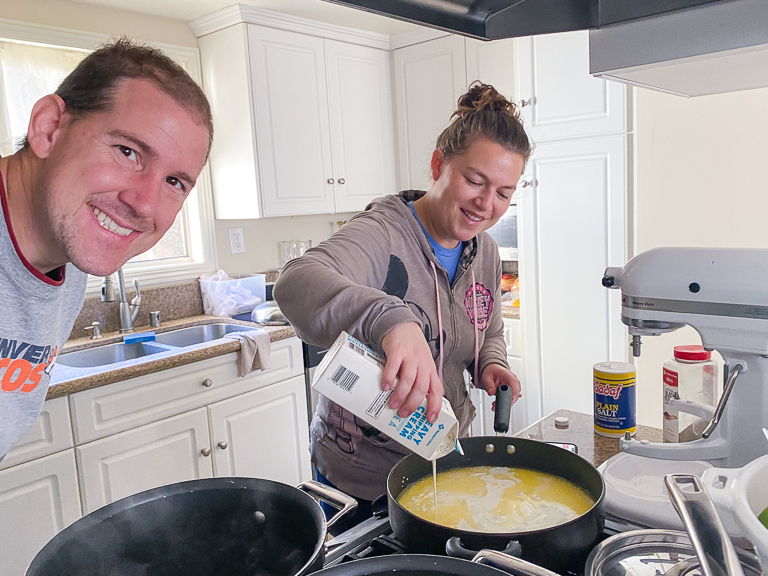 The fettucine alfredo and pasta e fagioli are favorites of everyone here. 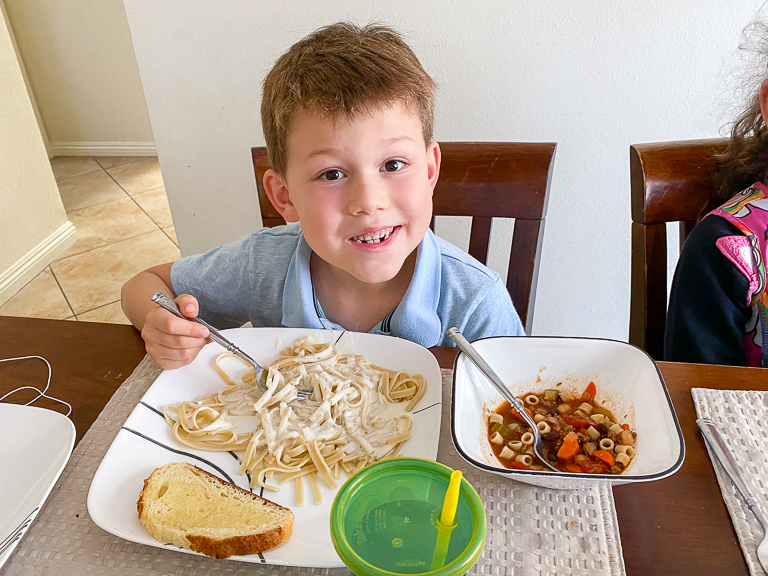 Alli likes the pasta but loves the soup even more. 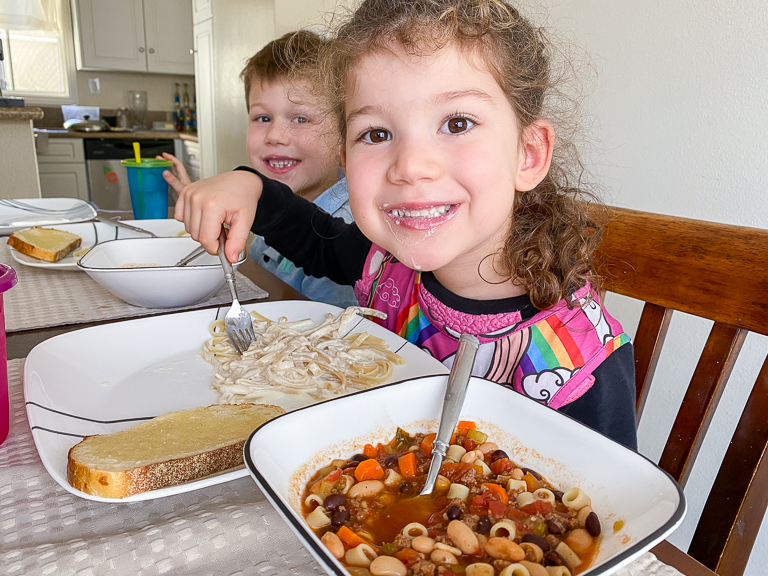 Instead of waiting until the end of the night to open presents, we're opening them early so we can play with them today. Ian is wearing a special gold hat we got for him today. His favorite color is gold. 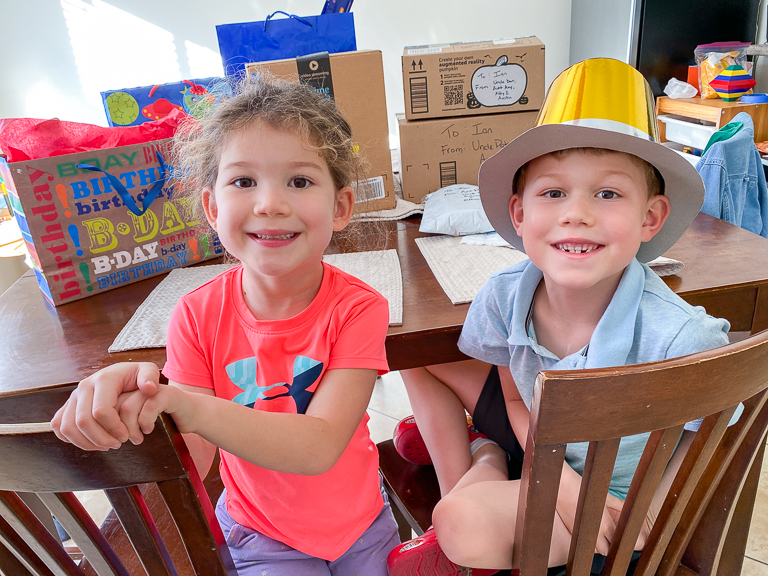 One of Ian's good friends and classmates stopped by and dropped off cakes! 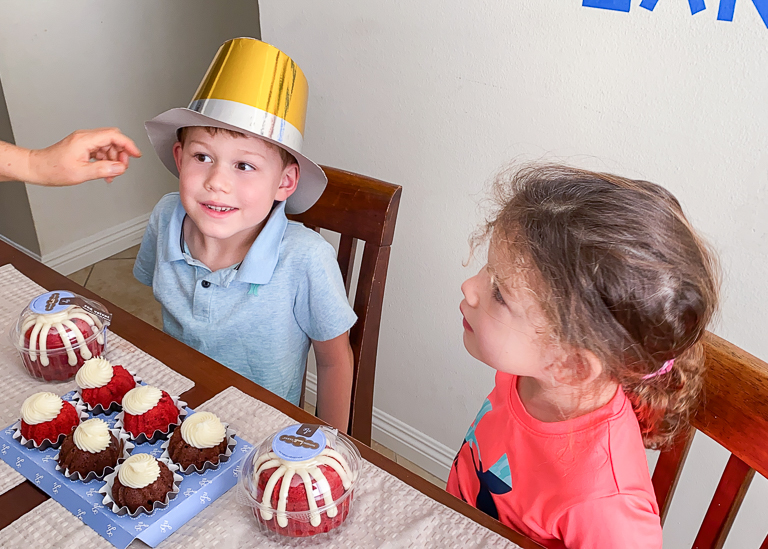 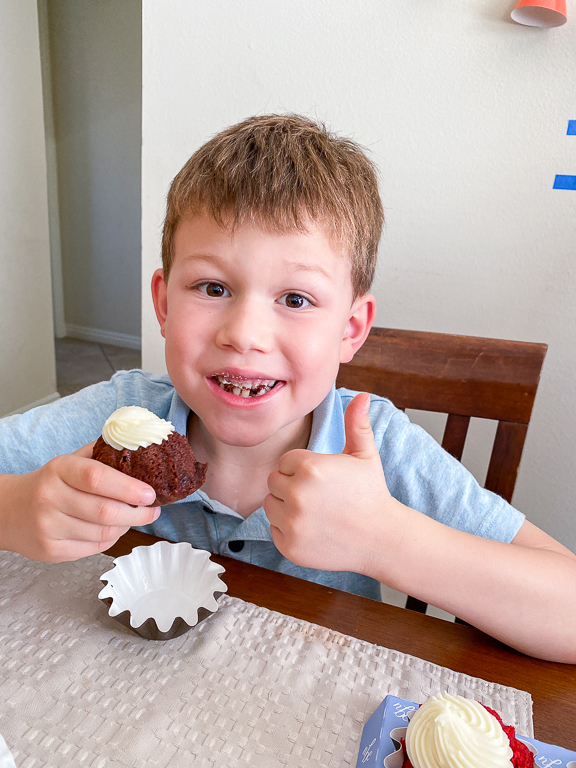 Present time! From the Dollar Tree, Alli got him a cool space bag plus a plaster crayola spaceship he can paint. She knows he loves Space. 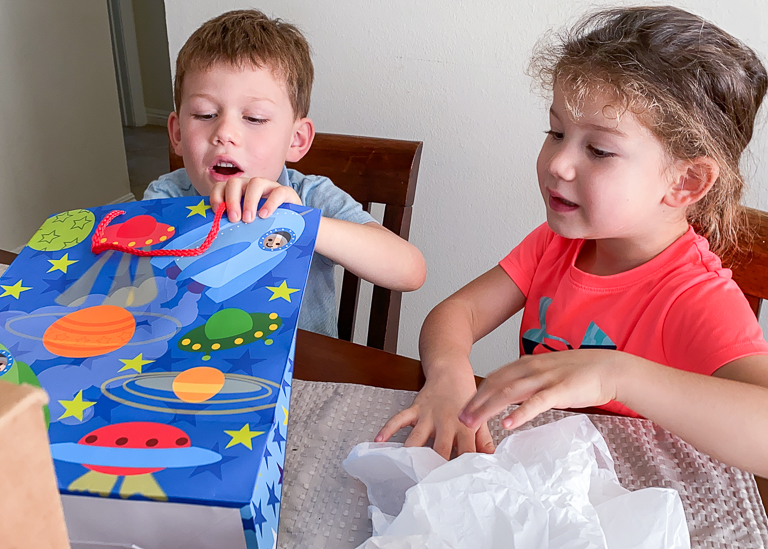 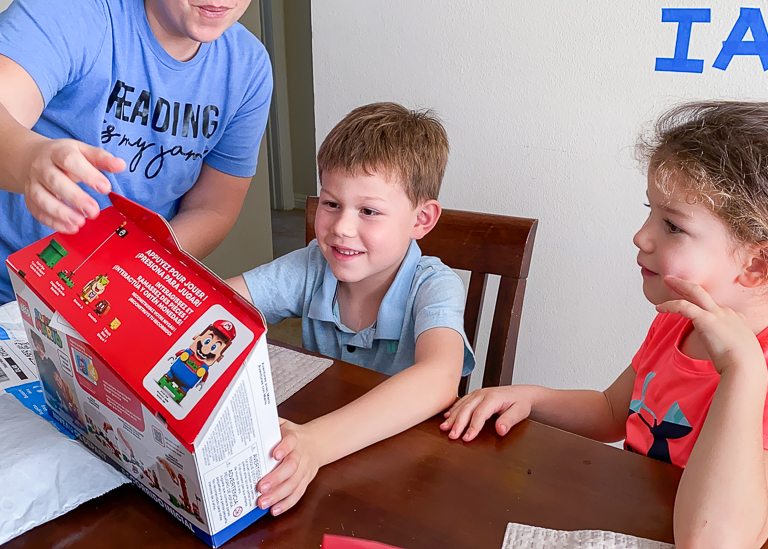 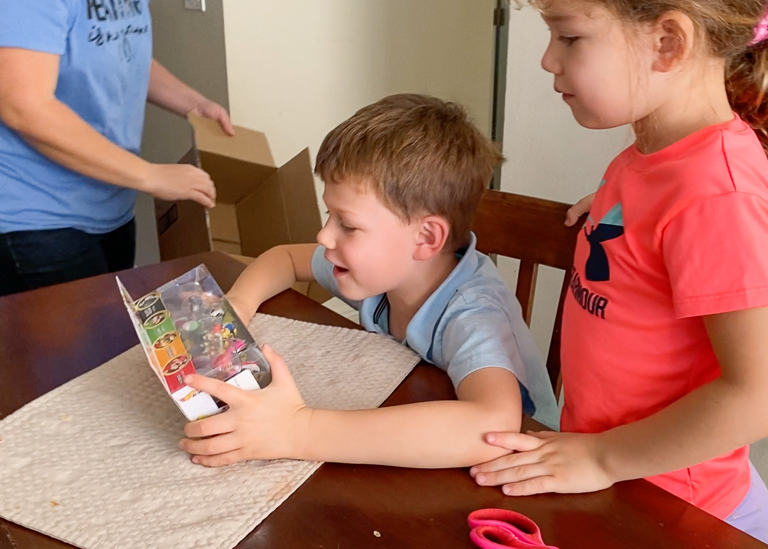 He's been asking for this one for a month now. He's loved playing Minecraft on the computer, but it's always by himself. Now he's getting Minecraft on his iPad and Alli's iPad, so they can play together in the same world! 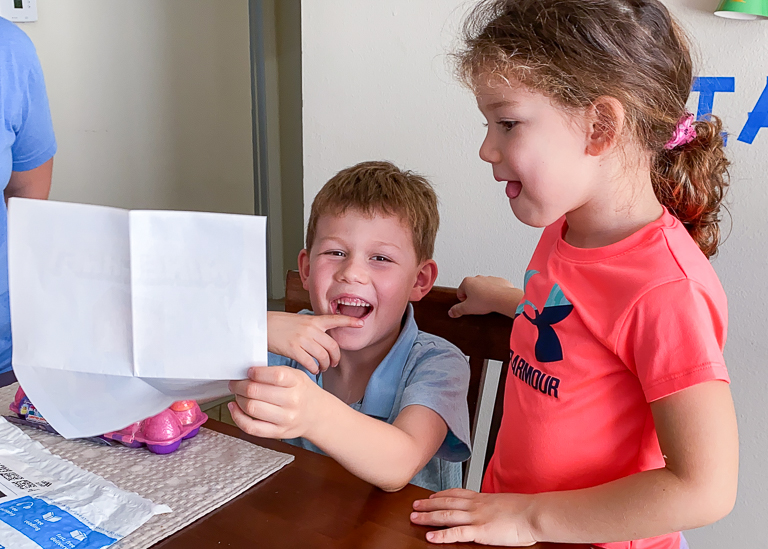 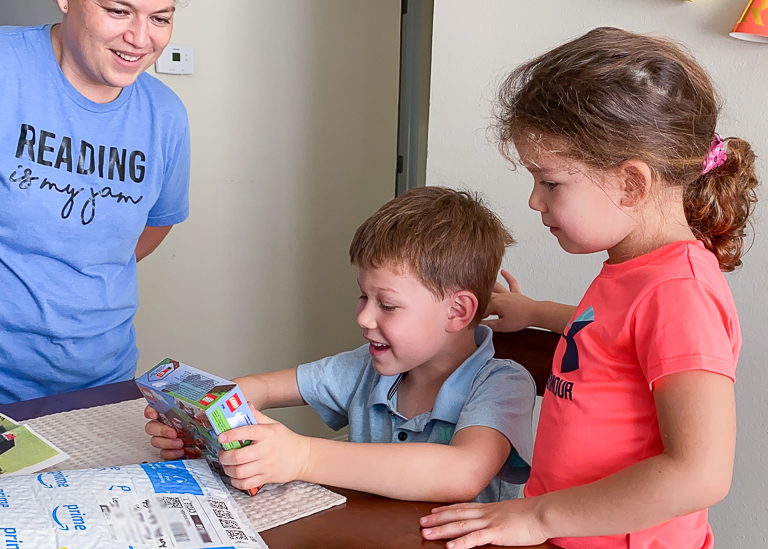 From Theresa and I, lots of glow sticks. I think we'll have fun with those this weekend. 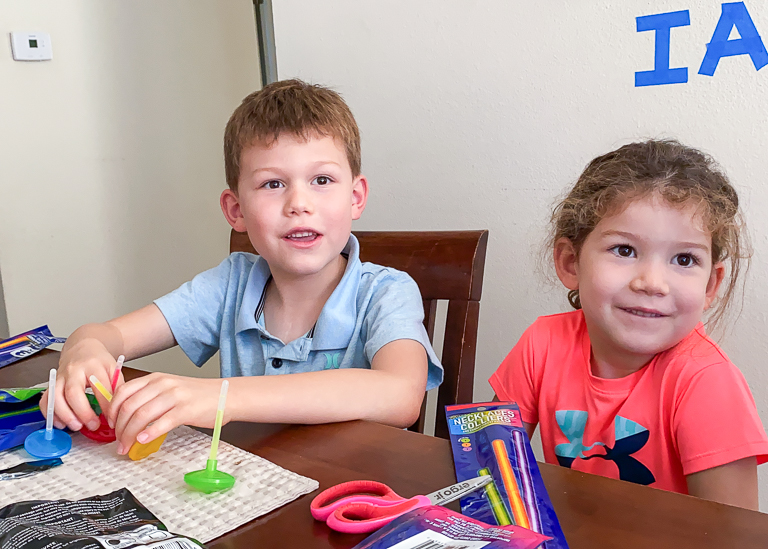 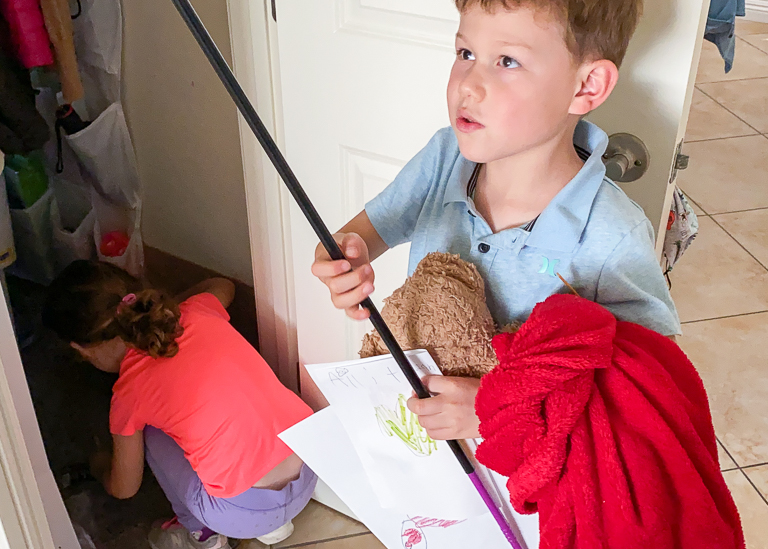 For the next 30 minutes, they had so much fun exploring their own realm of Minecraft. 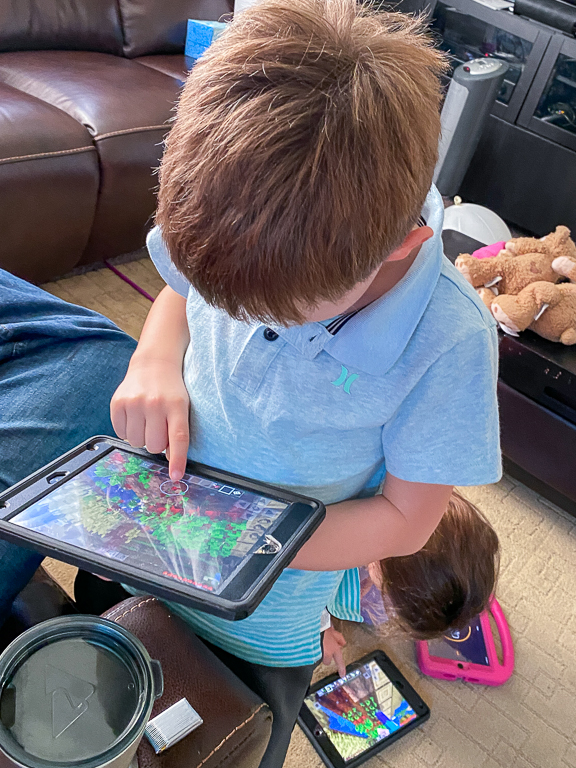 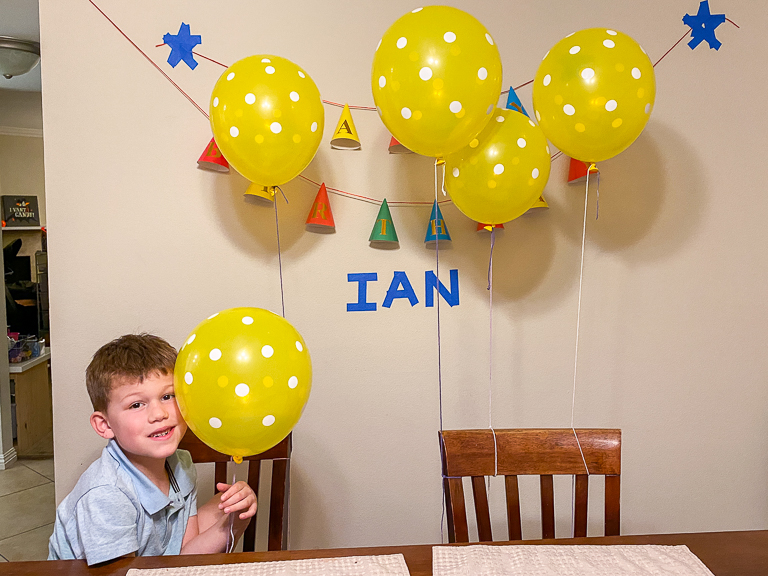 It shouldn't be a surprise that his requested dinner meal is Cheese Fondue. 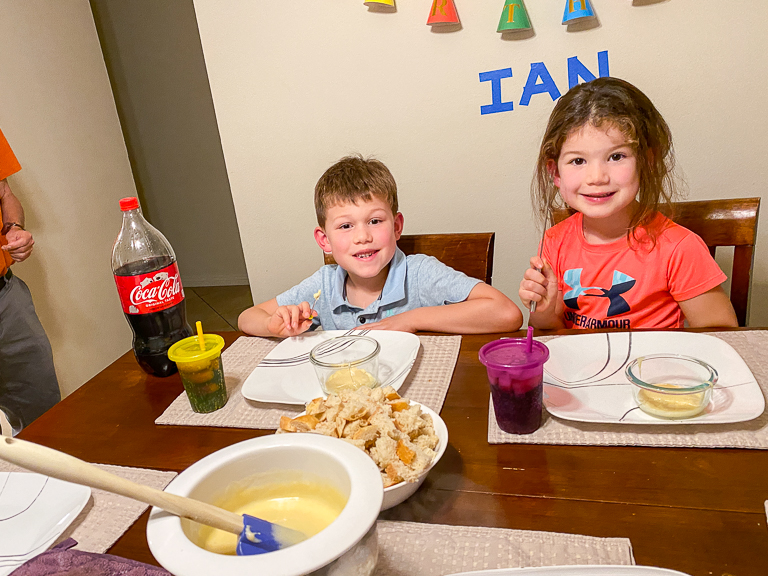 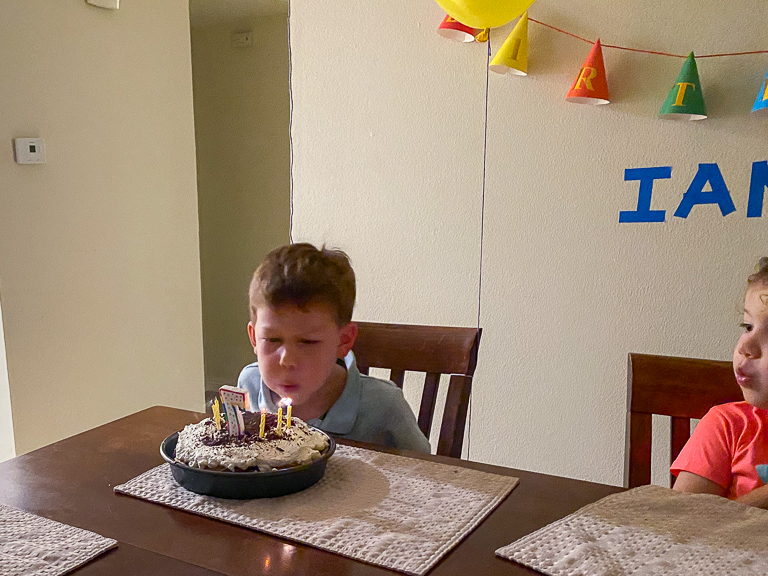 Mmm. Such a delicious French Silk Pie. Thanks Mommy! 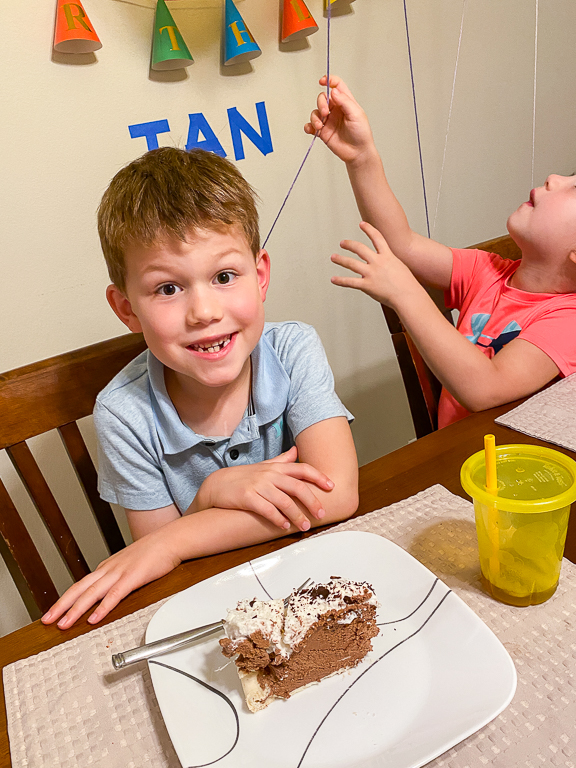 If we can't buy it from Village Inn, we'll just have to make it ourselves. 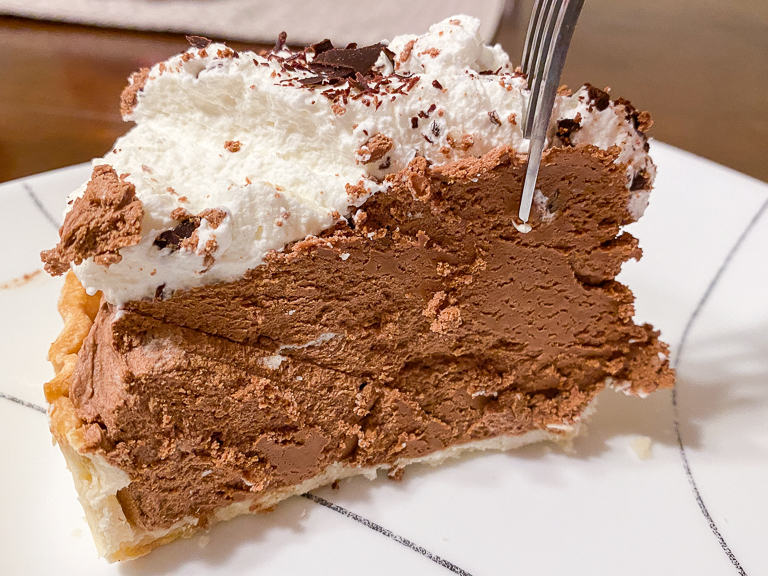 We spent the rest of the night FaceTiming family, playing with Mario Kart hot wheels, and playing a little more Minecraft. For our nightly stories, Ian has wanted to read old Daddy stories. We read about his 1 year old visit to Disneyland and his first birthday party.

Ian - Daddy, now that I'm 7, I don't need anyone to ride with me at Disneyland! 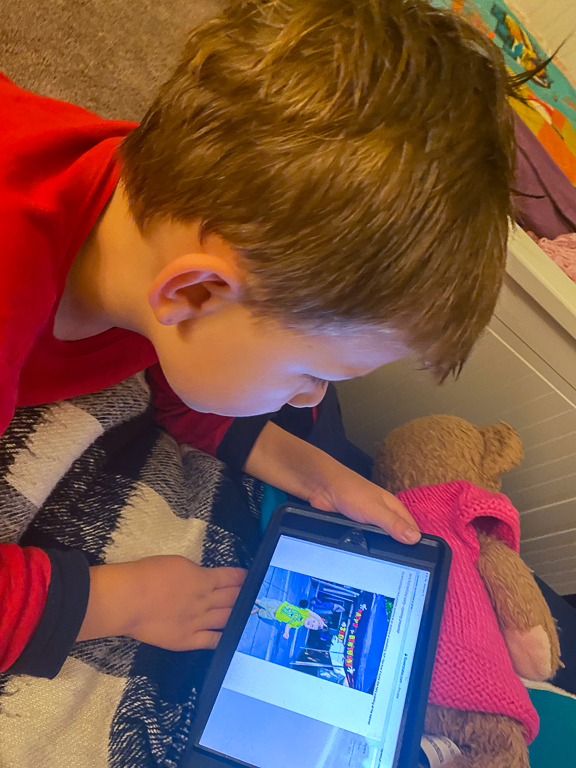 And Happy Birthday to Ruston too! 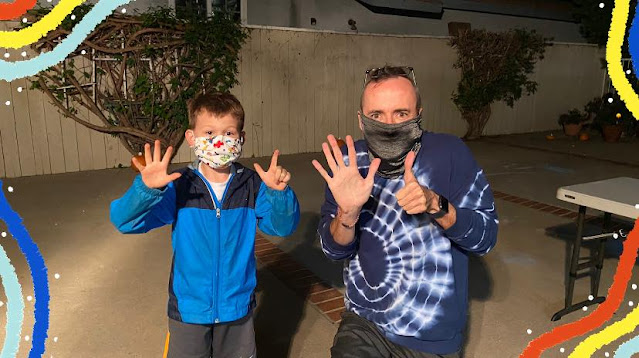