Happy Saturday! We're celebrating our weekly pizza day just a little early because today is also Halloween! Last week I made Pumpkin pizzas with real Japanese pumpkin. Reviews were mixed, but that wasn't surprising. I think today's pizzas, everyone can get behind. These are regular pizzas, but they are pumpkin shaped! 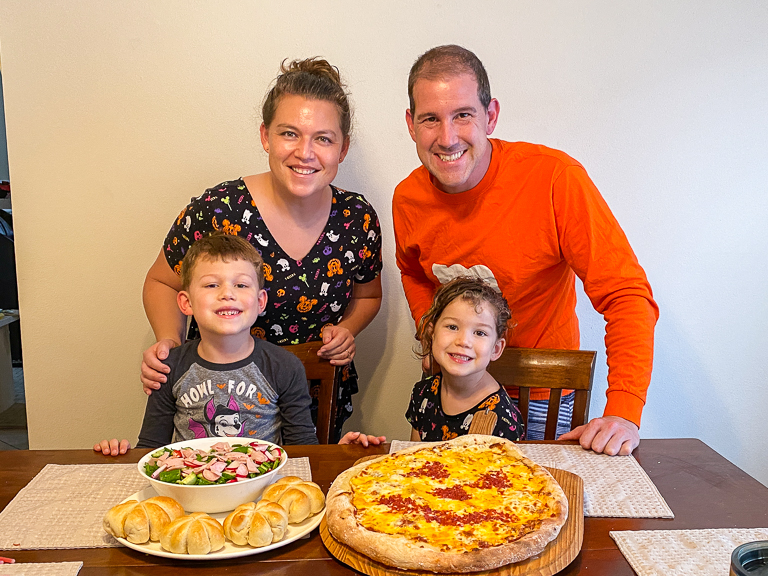 When I was searching for my recipe last week for Pumpkin Pizzas using real pumpkin, I came across a recipe from cookist.com for Pepperoni Pizza Pumpkins. They looks so adorable that I knew I'd have to attempt them. Halloween is the perfect time for it. The recipe calls for a can of refrigerated pizza dough. I've been making my own crusts every week since June, so that's not going to happen. Instead, I'll be using the crust recipe for the Calzones we had back in August. That should hold up well. I rolled little rounds, filled them with tomato sauce, cheese and pepperoni, then tied them up with yarn. I brushed them with an egg wash to give the crust a little bit more browning, then they went into the oven. 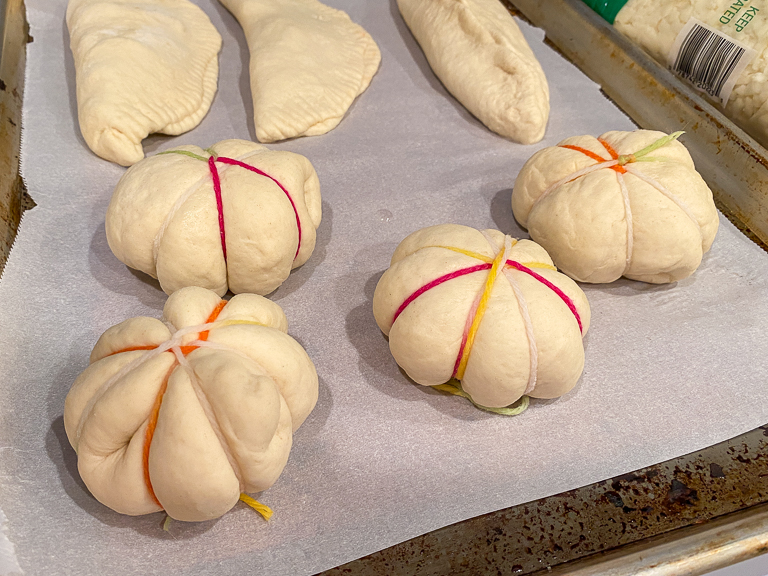 I'm actually going to make 2 pizzas tonight, requiring two different crusts. For the second, I'm using the recipe for Artisan Crust that everyone seems to like. After spreading my tomato sauce, I put down a layer of pepperoni. Then I topped it with mozzarella cheese, and then a layer of orange cheddar. Last, some strategically placed pepperonis to finish it off. 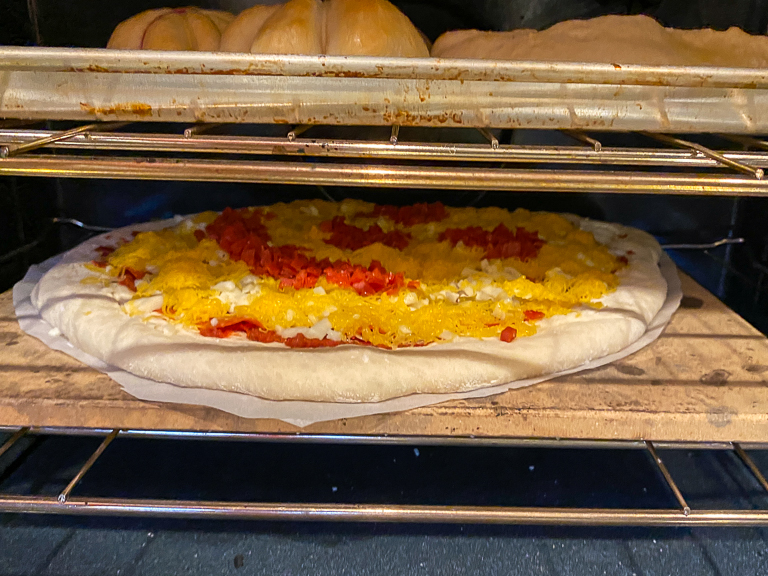 Once they came out of the oven, the shells are nicely browned. Yes, I would call those pumpkins. 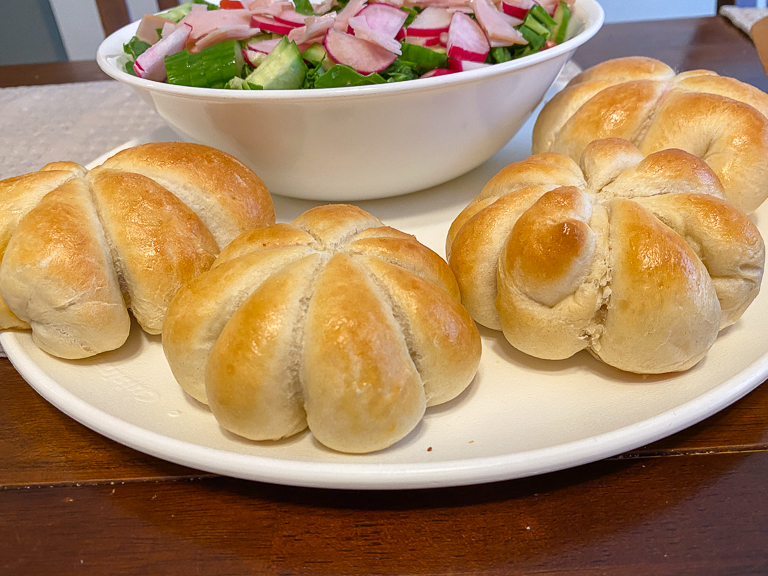 And my other pepperoni pumpkin pizza worked out well too. Orange face with eyes, nose, and a smile. It even has the stem up at the top. 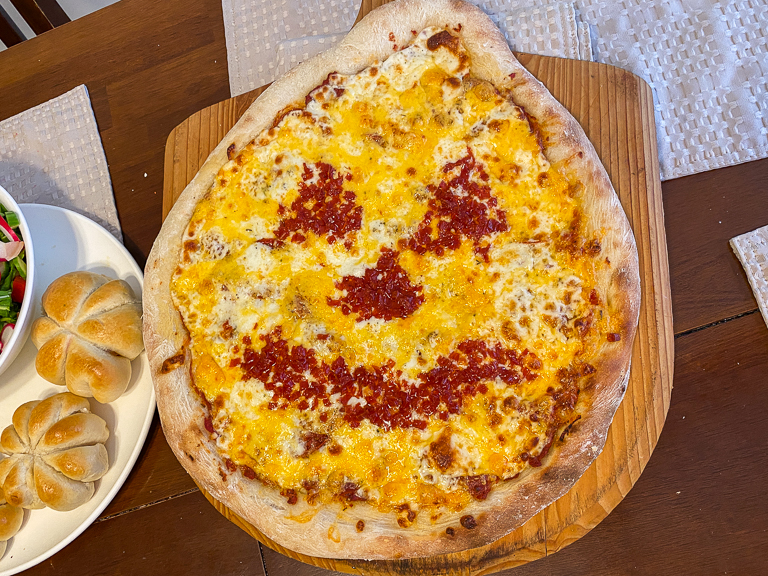 I told Ian it was pumpkin pizza, but he was relieved to discover it was really pepperoni. 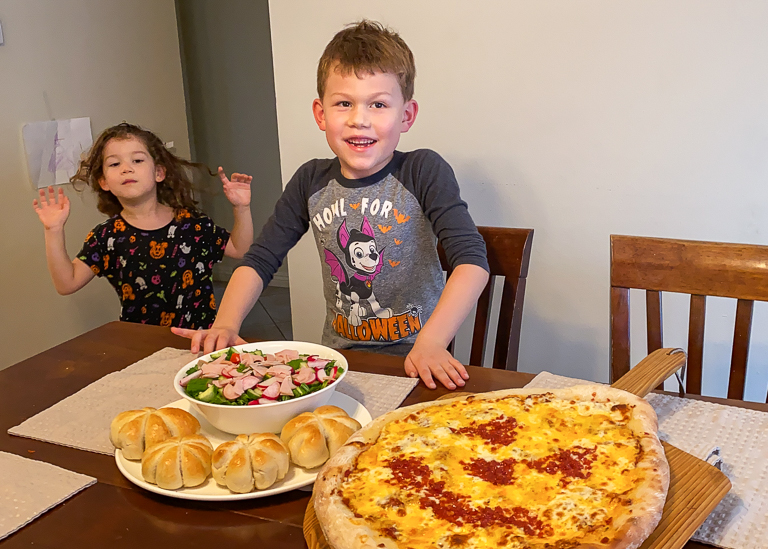 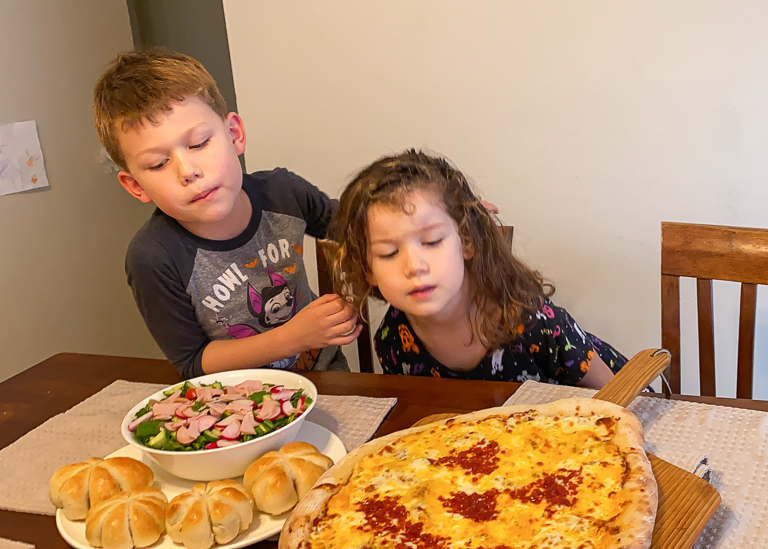 But was also happy it wasn't kabocha. 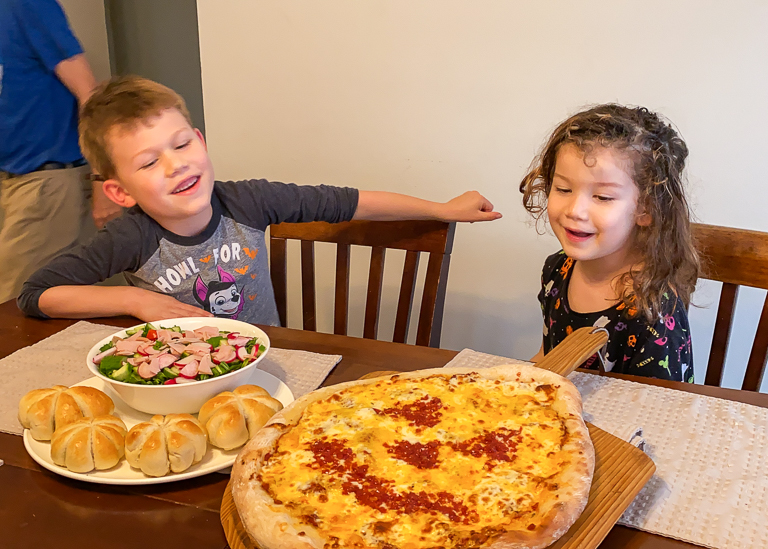 Lots of bread and very little toppings sound like the kind of pizza Theresa would like. Unfortunately it still has sauce on it, so it's not her favorite. 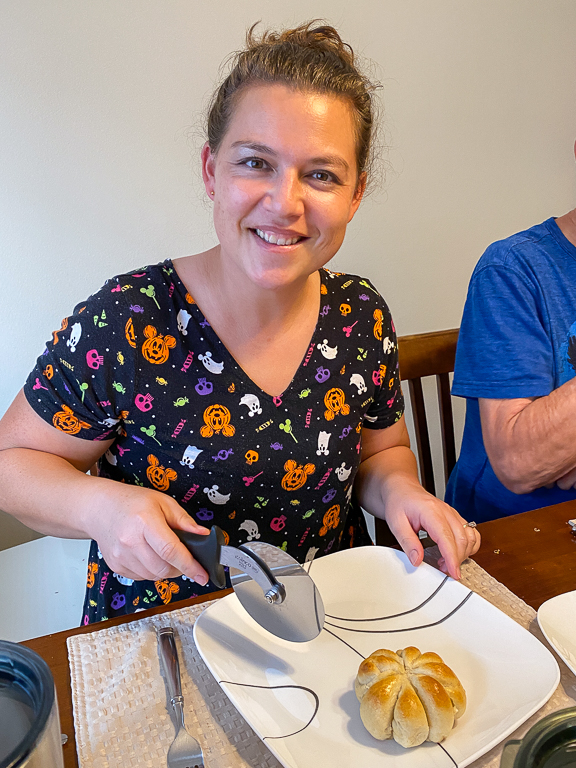 Rich and Chi joining us for pizza night, of course. 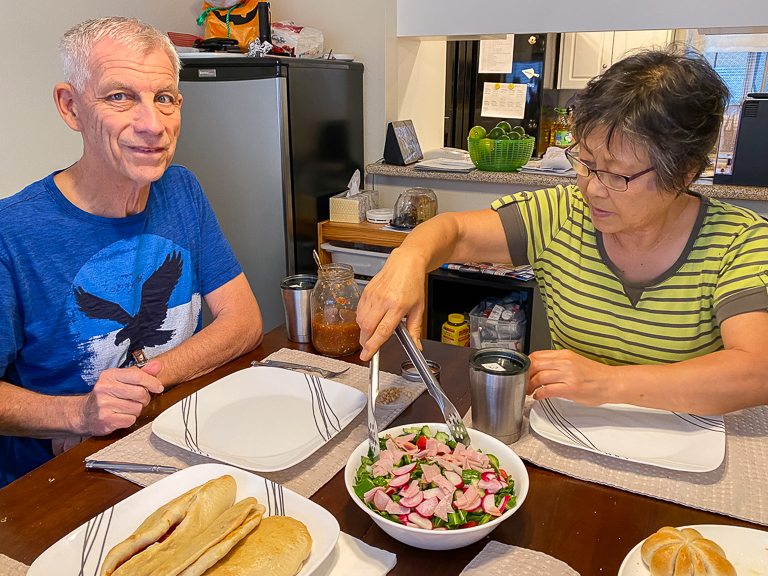 The kids liked it much better than last week's pumpkin pizza. They love pepperoni! 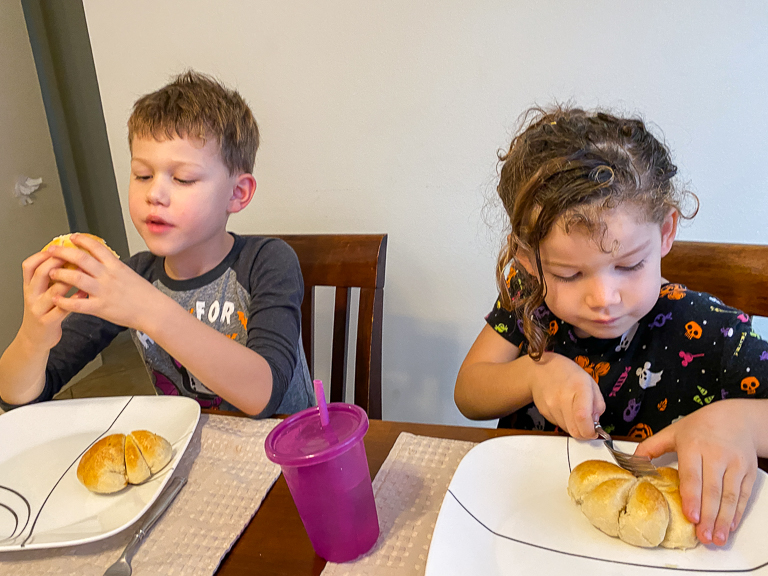 Not too bad at all! Happy Halloween! 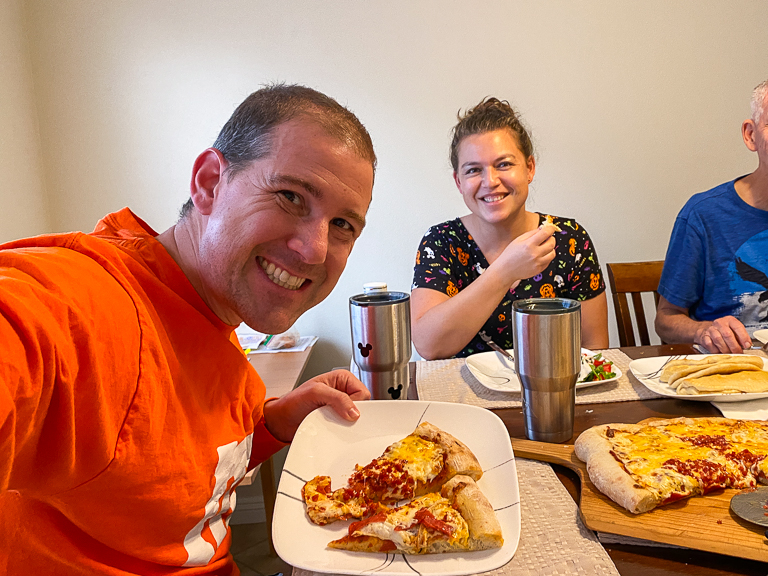