For our next Thanksgiving treat, we're trying a special limited edition release from Werther's Original. These are their Harvest Caramels. 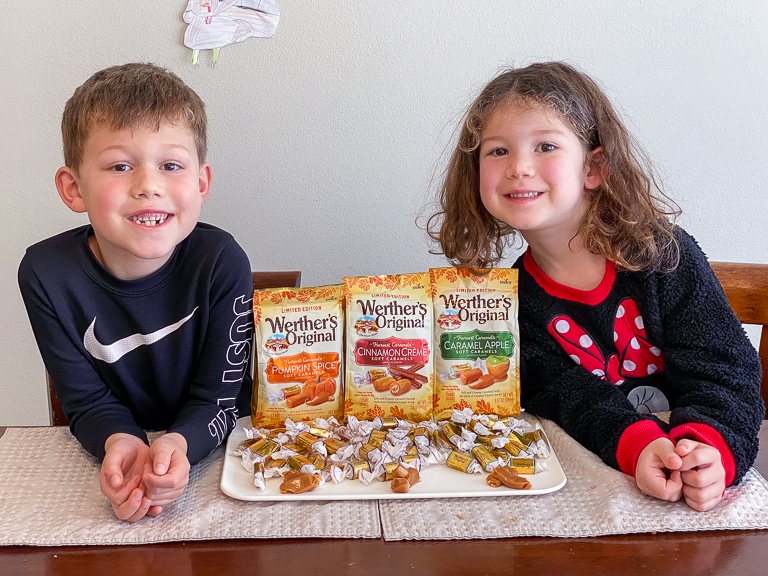 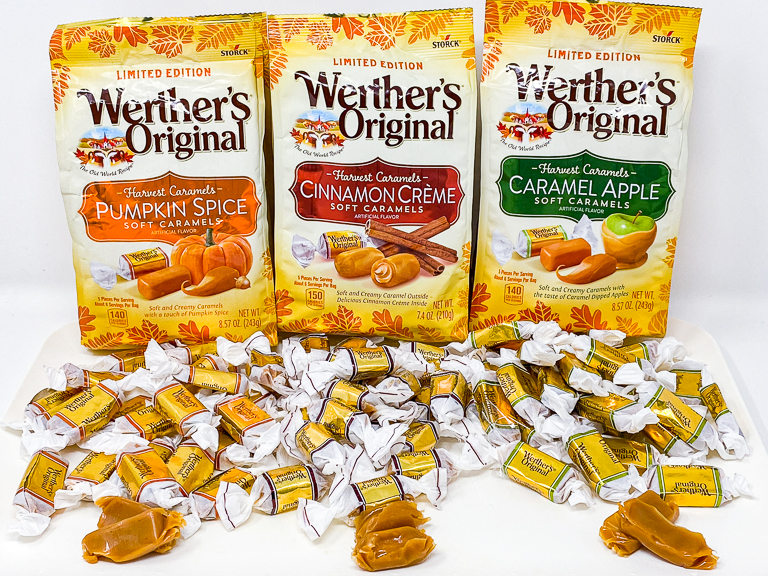 In Germany in 1909, in the town of Werther, Gustav Nebel created his original hard candy. All candies are made in Germany by the Storck company and shipped throughout the world for distribution. 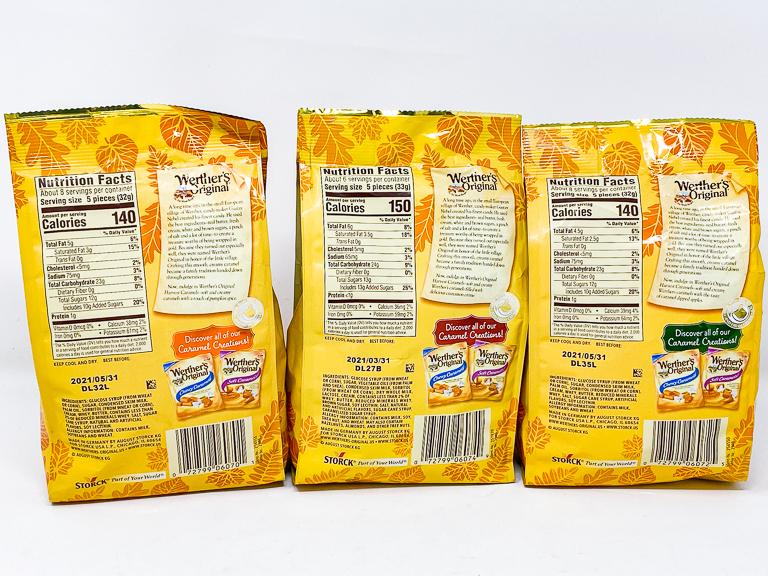 And now we get to try them! 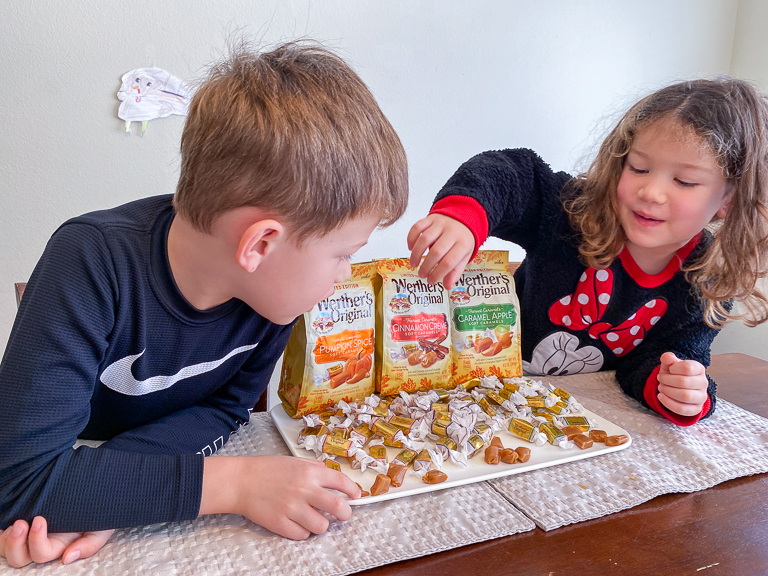 For our first caramel, we're going to try the Pumpkin Spice flavor. 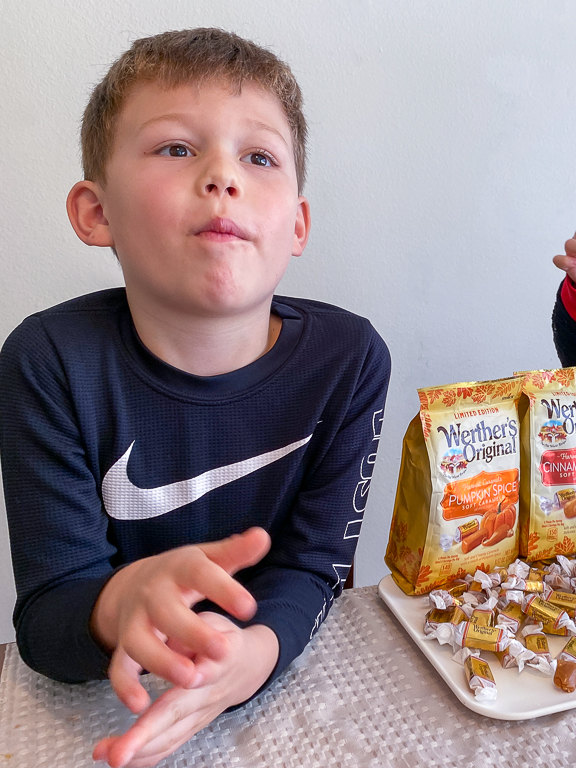 Now where yesterday's Pumpkin Spice Popcorn was overwhelmingly pumpkin spiced, these were a bit more subtle. The package even says so. Soft and Creamy Caramels with a touch of Pumpkin Spice. See, it's just a touch. 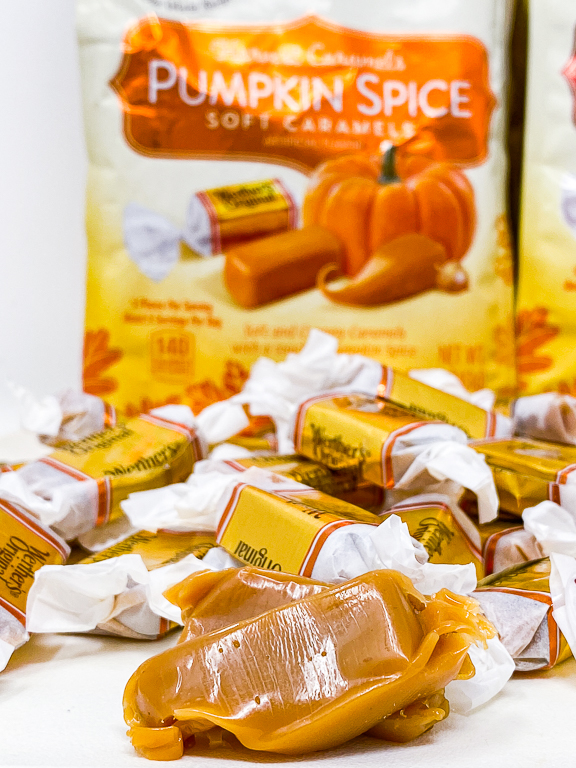 Next is the Cinnamon Creme caramels. 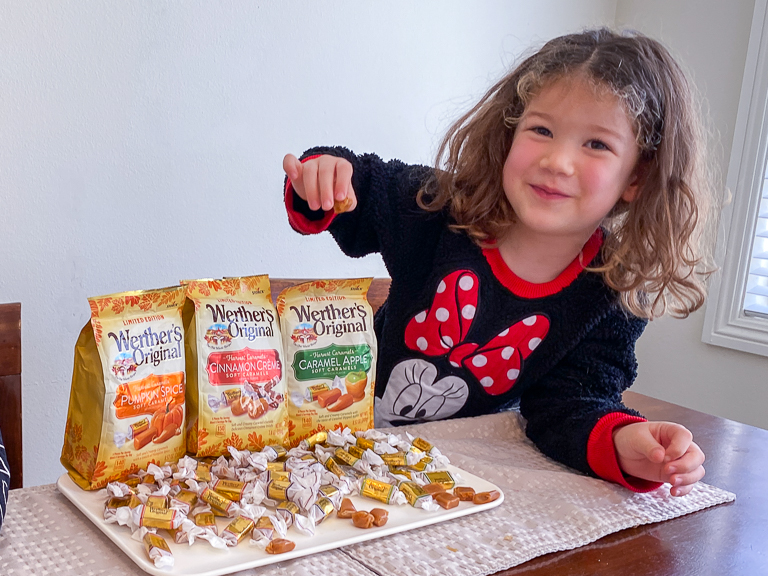 Soft and Creamy Caramel Outside - Delicious Cinnamon Crème Inside. 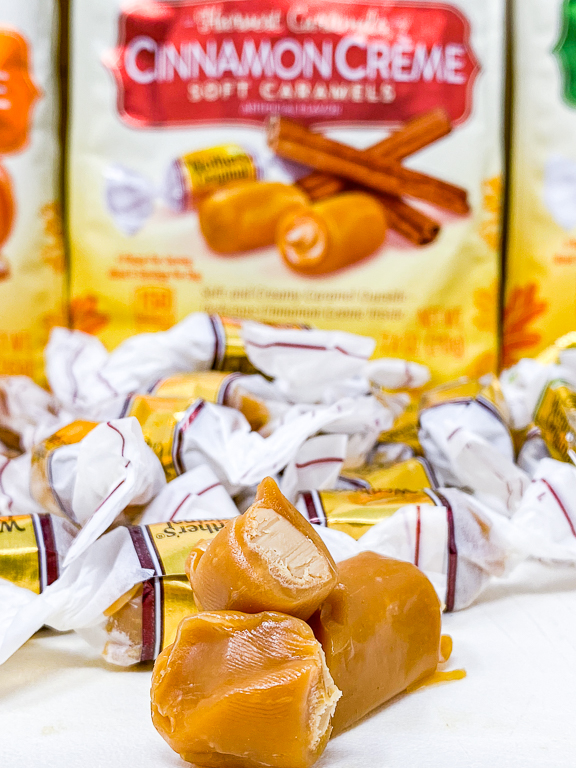 Well someone isn't a fan of spicy cinnamon. Where the pumpkin spice was subtle, the cinnamon creme is not. It is not quite as spicy as a cinnamon gum, but it's not "a touch" either. 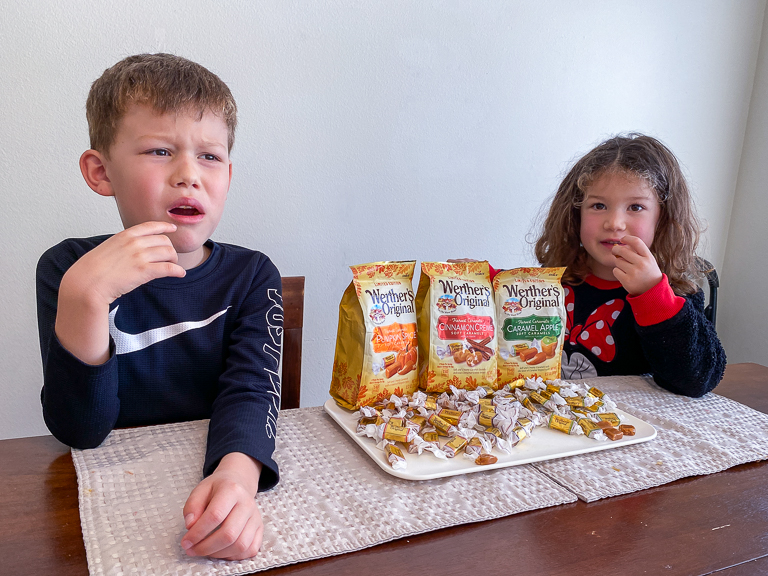 Our final Harvest caramel to try are these Caramel Apple flavored ones. 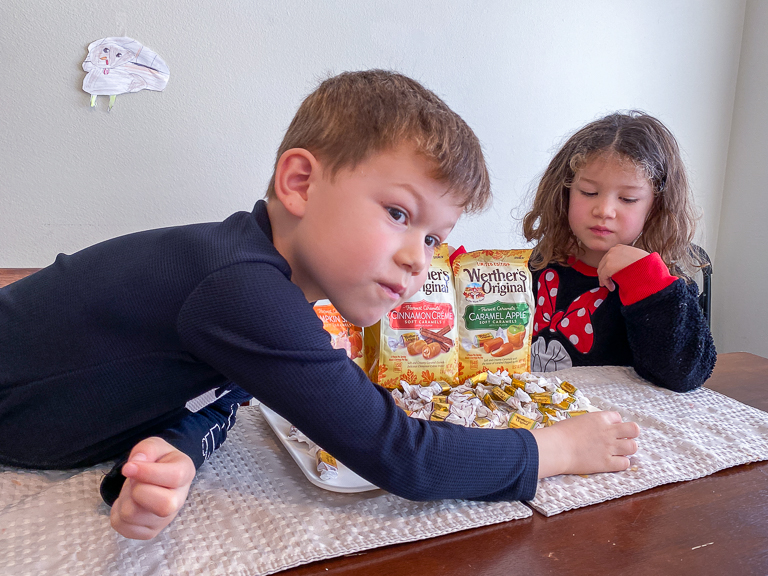 Soft and Creamy Caramels with the taste of Caramel Dipped Apples.
I like that these don't taste like your typical Green Apple candy flavor. They taste more like a regular apple than that. 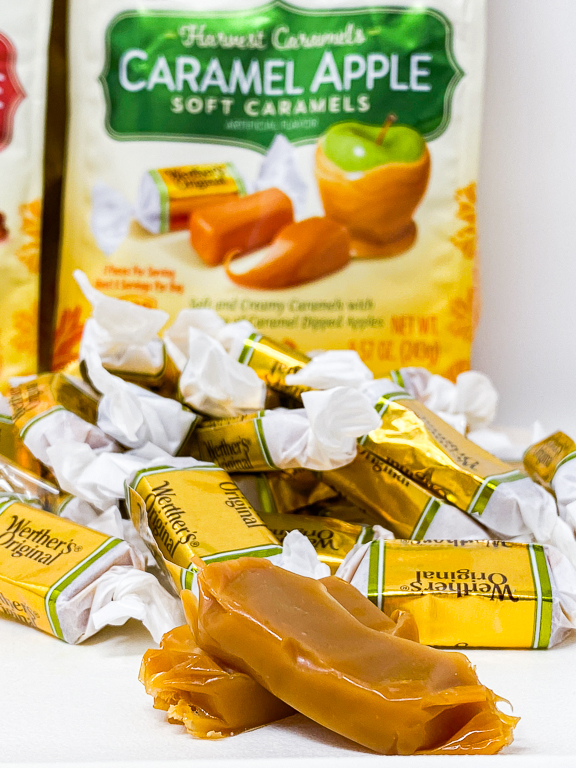 It's time to pick our favorites! The votes ended up going 2 to 2.
Alli and Theresa liked the subtle Pumpkin Spice soft caramels. Ian and I enjoyed the Caramel Apple soft caramels best. This one surprised me. Going into it, I really thought I was going to like the Cinnamon Creme ones the best. Well, that's why we do these tests. You never know what's going to be good until you try it! 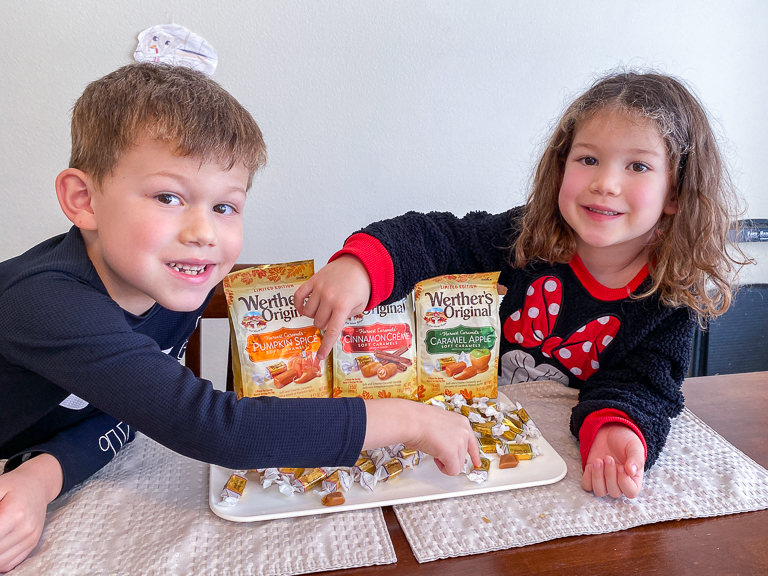