Tonight we're getting back into our "At Home" series of foods. For this one, we're going with a classic McDonald's breakfast. 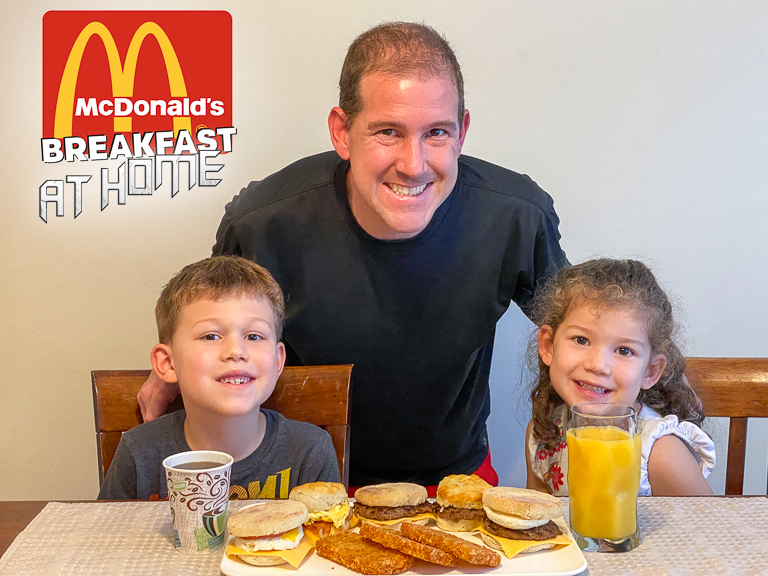 This one was actually pretty simple. It's really just different combinations on a few different ingredients.
The kids wanted to help out, so we had them pull out the biscuits. These Pillsbury Grands freezer biscuits are an awesome deal. Only 14 cents per biscuit! And since it's not in one of those pressurized tubes, you can make as many or as few as you want! 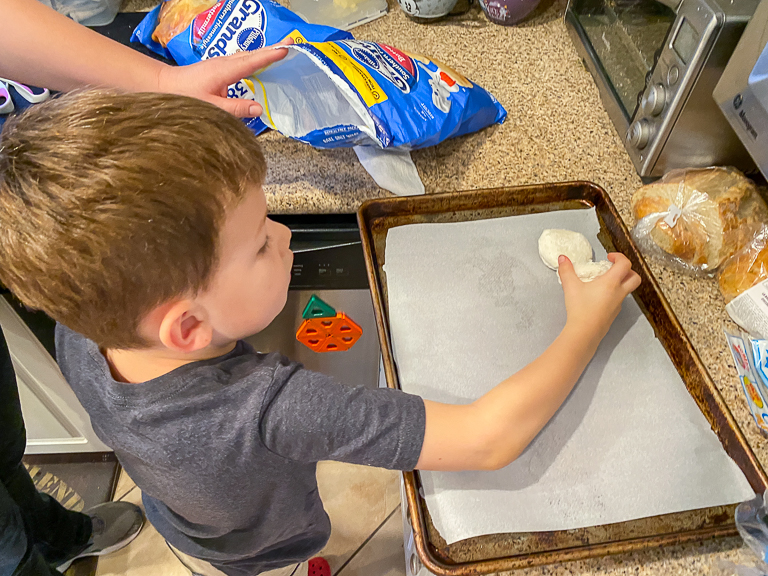 Alli made sure they all touched, so they'll rise a little better. 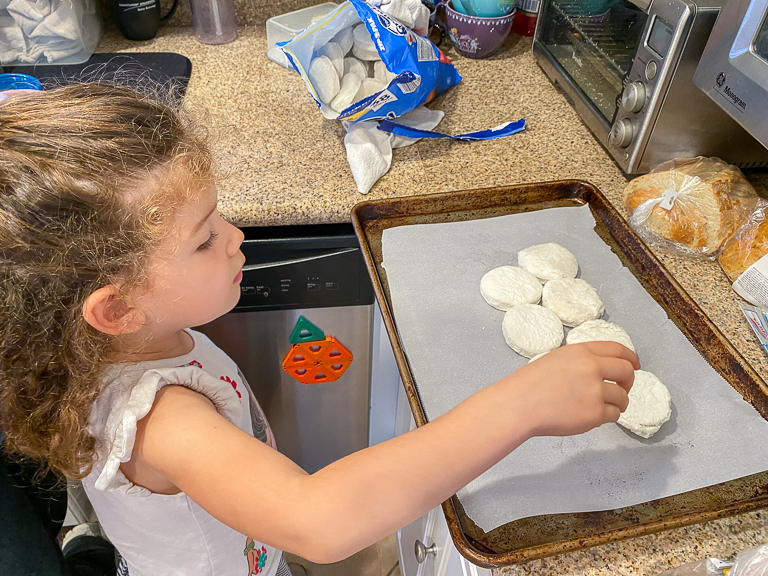 If we're going to make a McDonald's Breakfast, the classic Egg McMuffin has to be at the top of the list. But how to make that perfectly round egg...
I don't have a round cookie cutter that is metal; I only have plastic. I pulled out my Mickey cutter and got a pan hot. 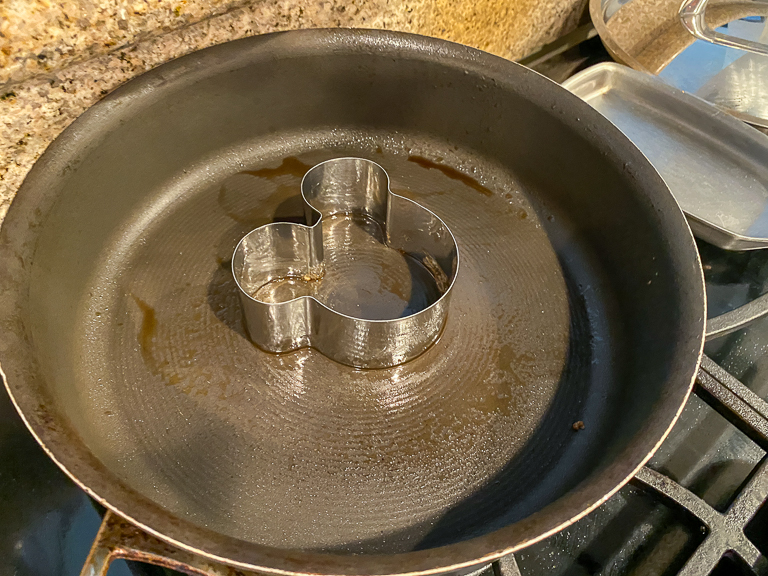 Eh, that didn't work so well. That's the one in the back. My other thought was to spray a small glass bowl with oil, crack an egg into it, then microwave it. That worked out so much better. They came out the right shape, size, and color. 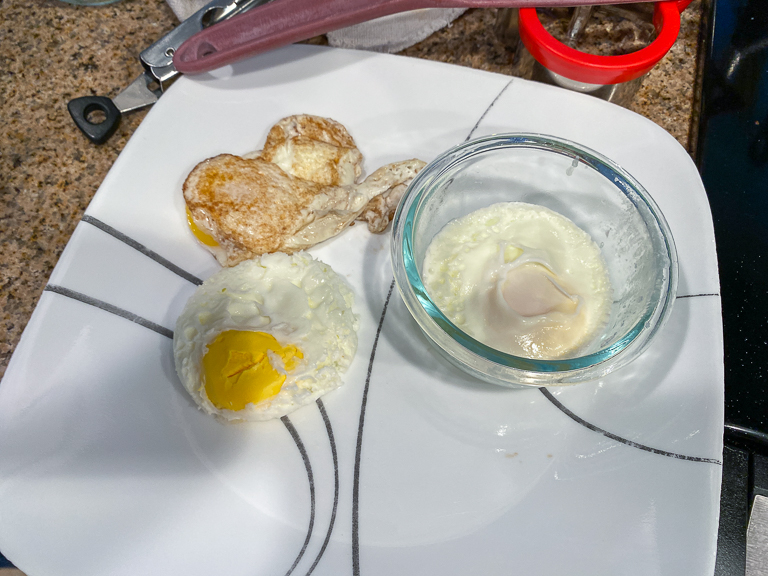 For some of our other breakfast sandwiches, Theresa is making scrambled eggs. 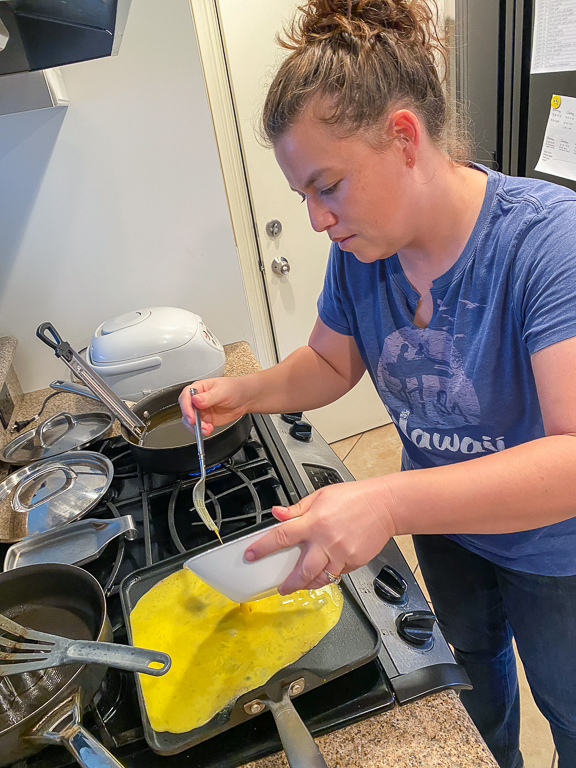 Plus we're going to need some sausage patties. 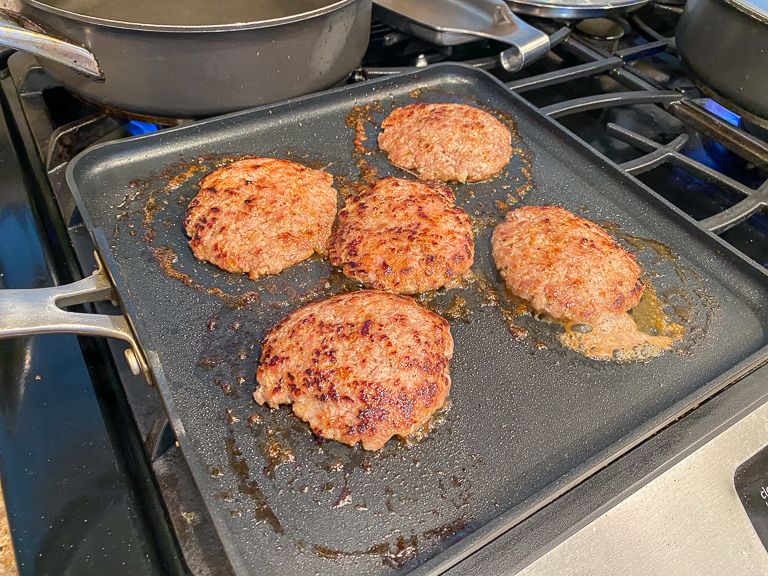 And you've got to have some sort of potato. McDonald's has delicious hash browns. And while this package says to bake them, McDonald's deep fries them. We're going to deep fry ours too. 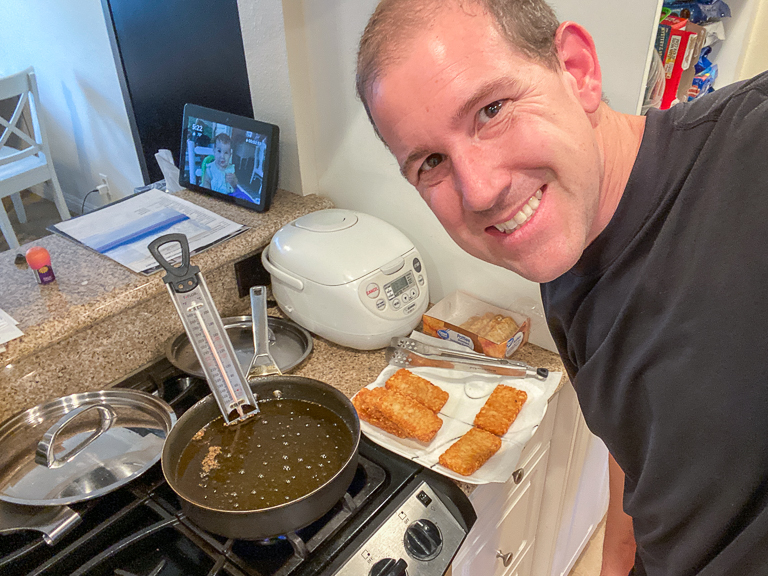 Breakfast for dinner all came together in less than 30 minutes! Let's eat! And for our drinks we've got hot coffee and orange juice. 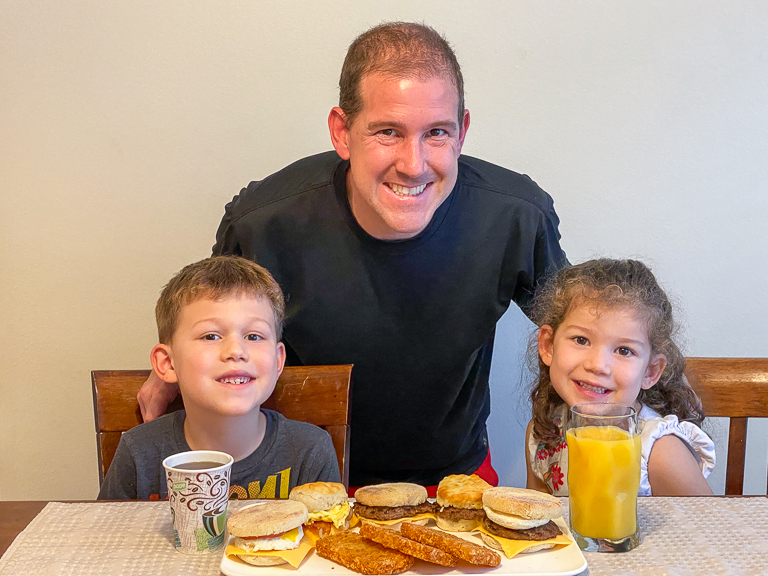 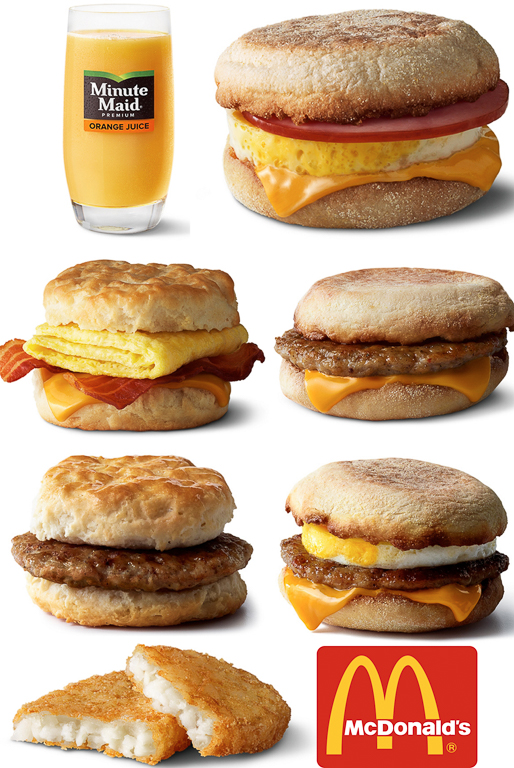 And here's ours. Minute Maid OJ, plus each of the sandwiches above. We paid attention to the order that the ingredients go onto the sandwich too. 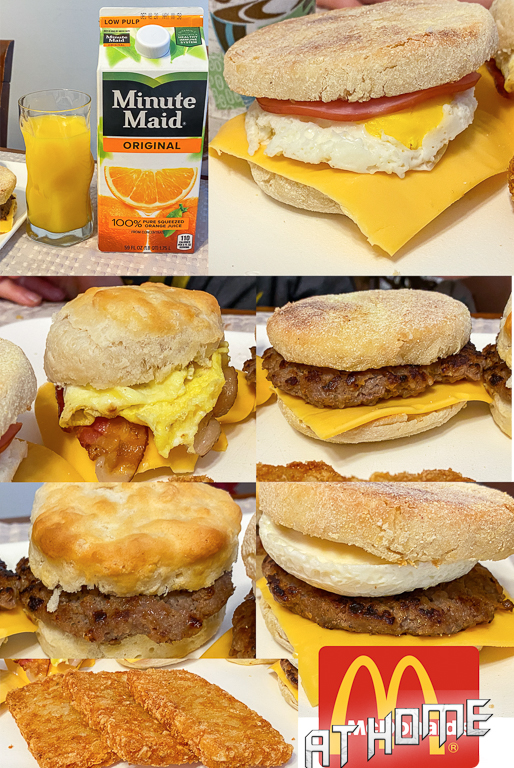 Everyone is excited for another Breakfast for Dinner. 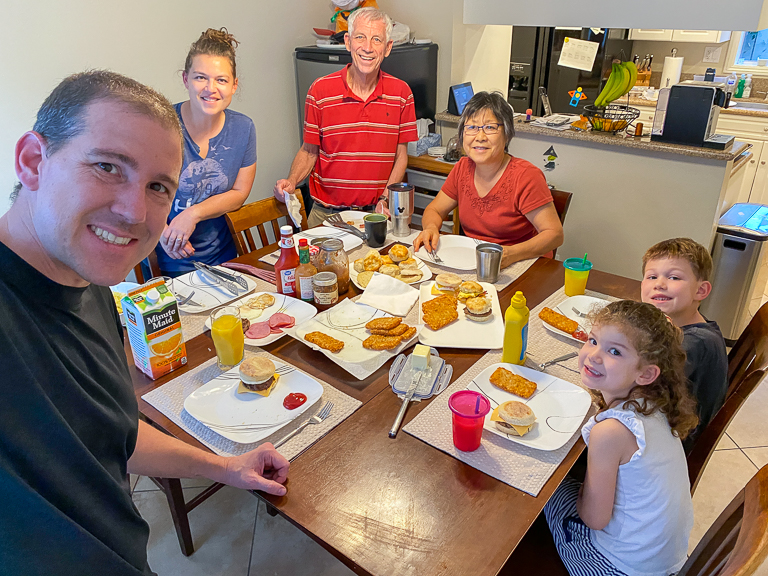 Ian certainly surprised me with which sandwich he picked. I know he doesn't like egg, so I knew he wouldn't want a sandwich with egg. He chose the Sausage McMuffin, but what surprised me was that he said he wanted bacon, not instead of sausage, but on top of the sausage. My first plate. At McDonald's if I'm not ordering off the dollar menu, then I'm getting a Bacon Egg & Cheese Biscuit and a Sausage McMuffin with Egg. On my second round, I made sure to get a classic Egg McMuffin. 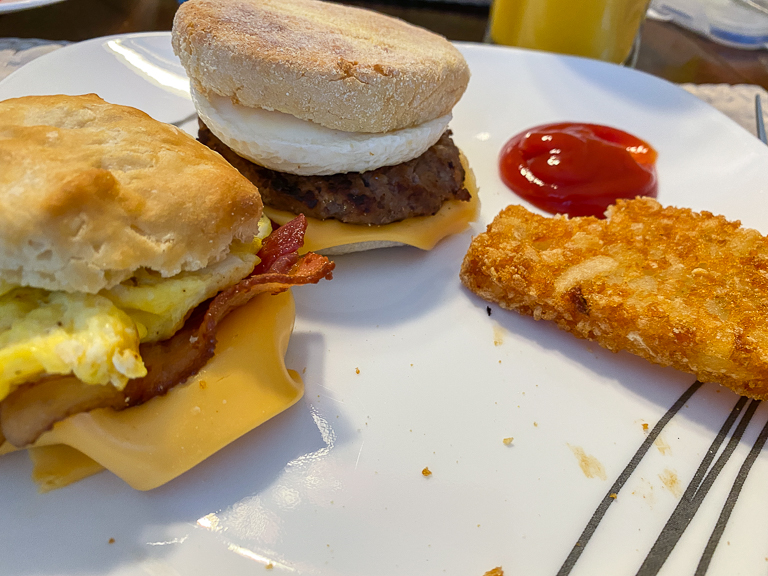 Theresa, what's that you're making there? 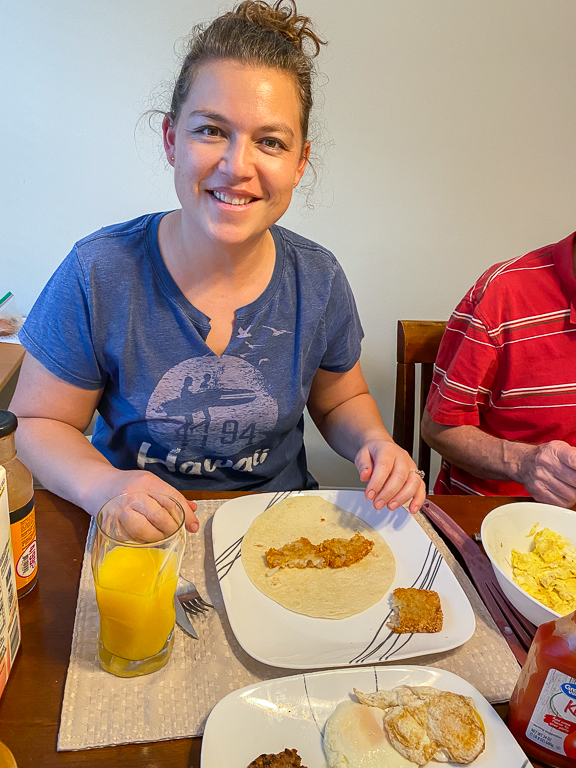 A breakfast burrito? McDonald's makes those too! And you didn't let me get a picture of it at the beginning? 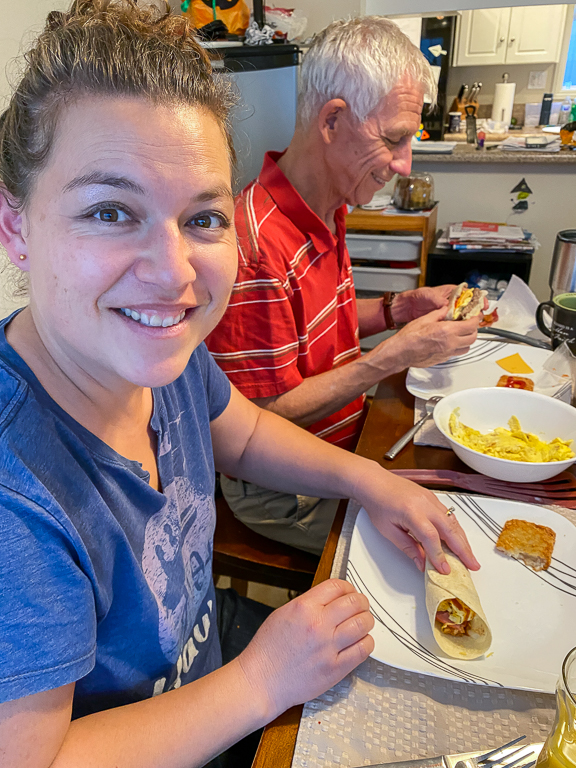 Even though it had sausage on it, Alli kept calling hers a hamburger! What do you think kids? How was McDonald's Breakfast at Home? Thumbs up from both of them. 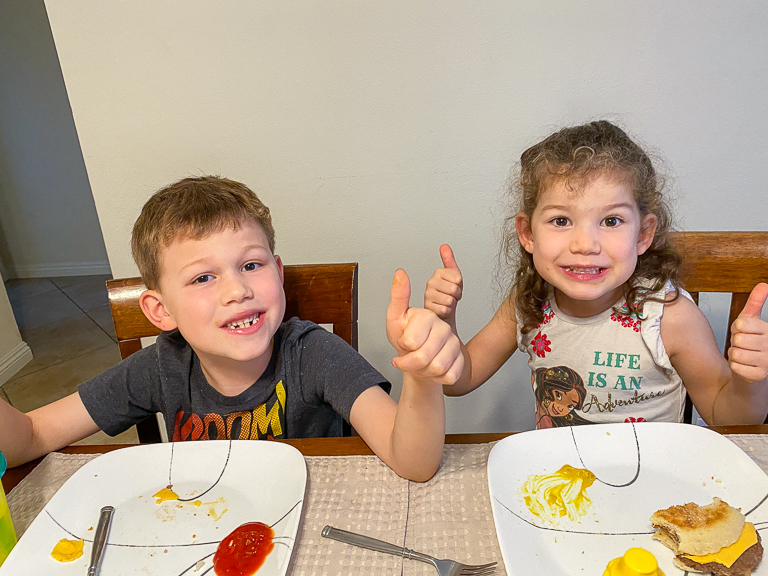