One of the staples of Thanksgiving dinner for us is Pumpkin Pie. Richard loves it, and this is really the only time of year that it's widely available.

But, Jelly Belly offers a jelly bean promising that Pumpkin Pie taste in one little bean. Let's see how they stack up. 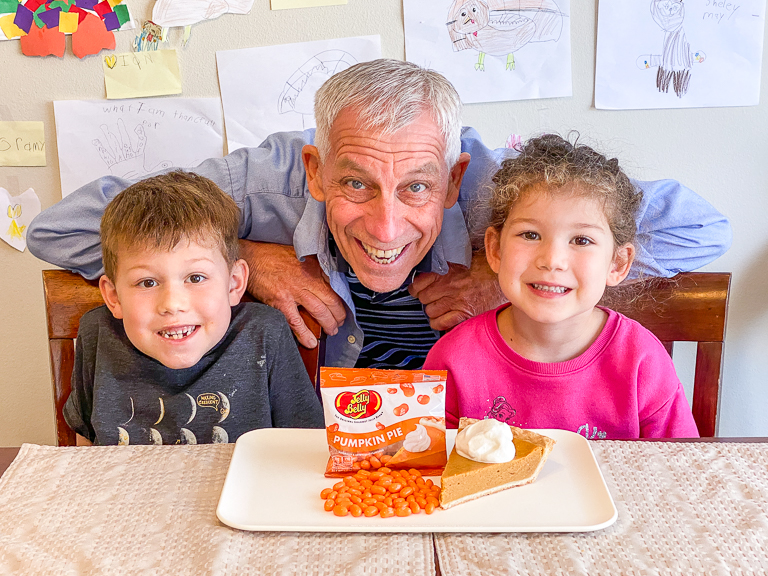 My brother sent these to me (along with a few other special treats), and I knew I'd need to save them for Thanksgiving when we could taste them along with the real pumpkin pie. I see they've got a dollop of whipped cream on their packaging, so we'll add a little homemade whipped cream to ours too. 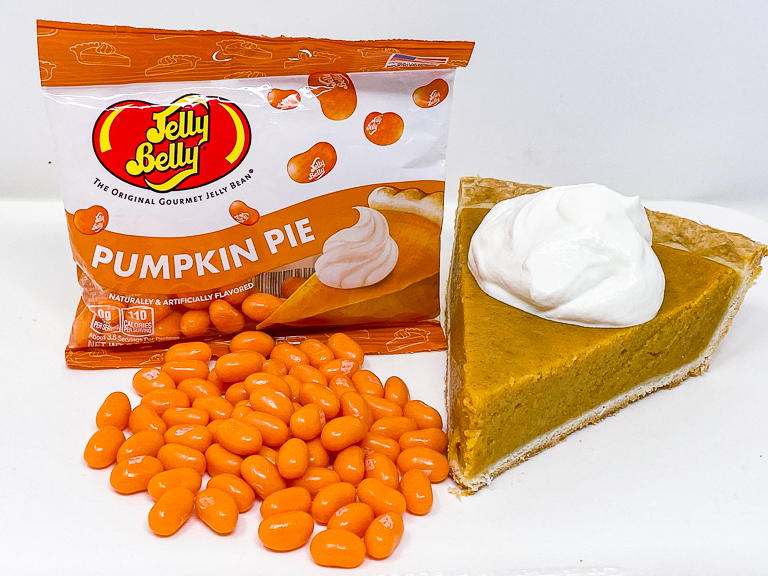 Someone is a fan of pumpkin pie. Look at that knowing smirk on her face. 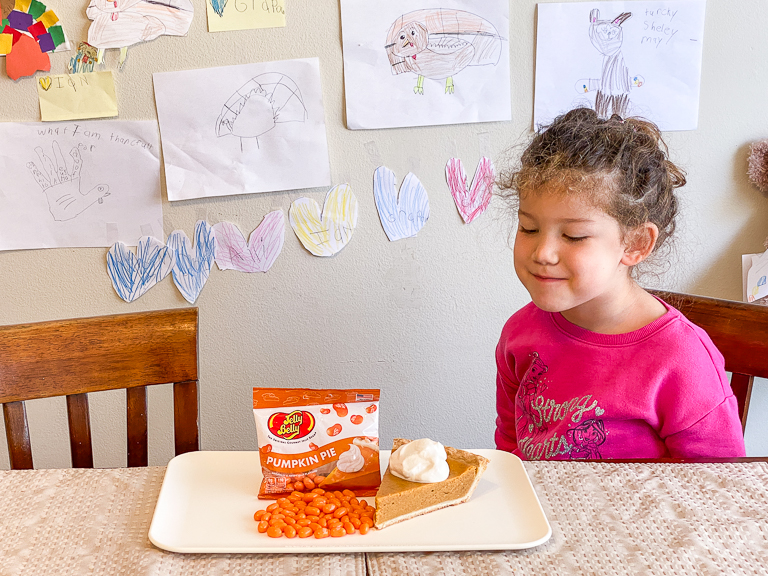 The package promises "Warm notes of cinnamon, ginger and other spices deliver all the comfort of homemade pumpkin pie. Celebrate with your favorite part of the fall season with this festive treat." 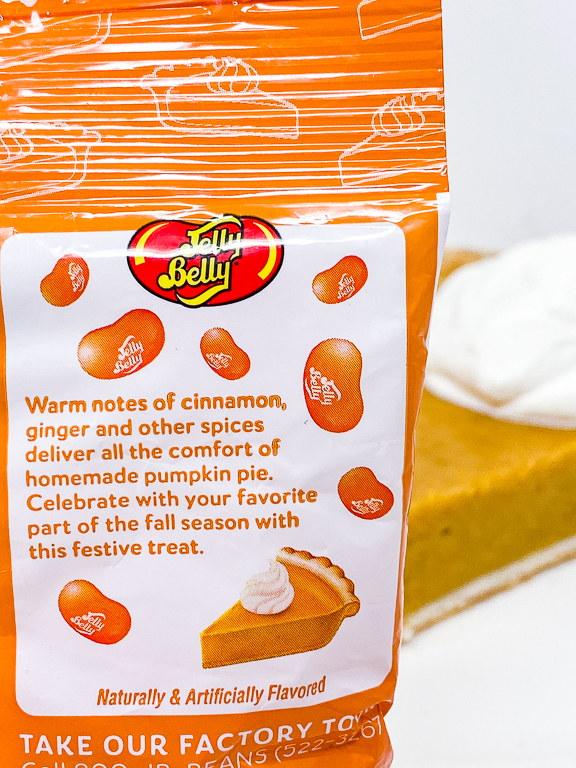 Since I have a feeling the regular pumpkin pie will overwhelm our tastebuds, let's try the Jelly Belly Pumpkin Pie beans first. 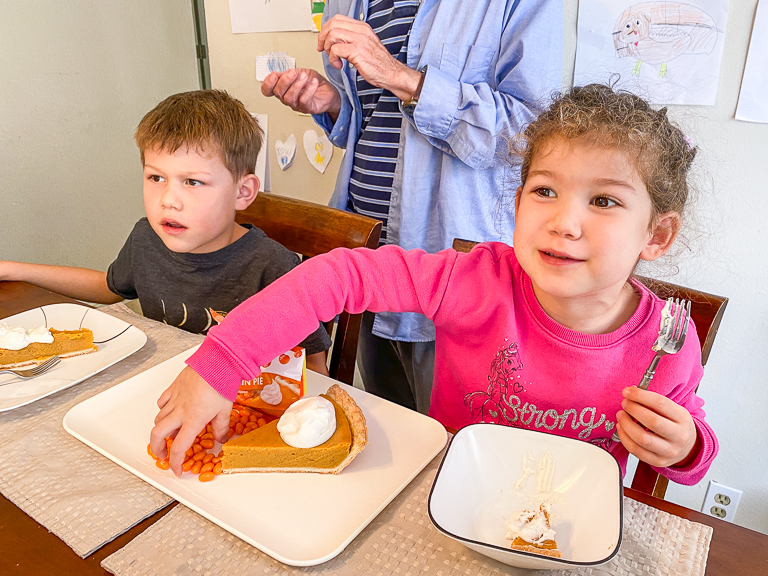 Well it doesn't look like Ian is a fan. 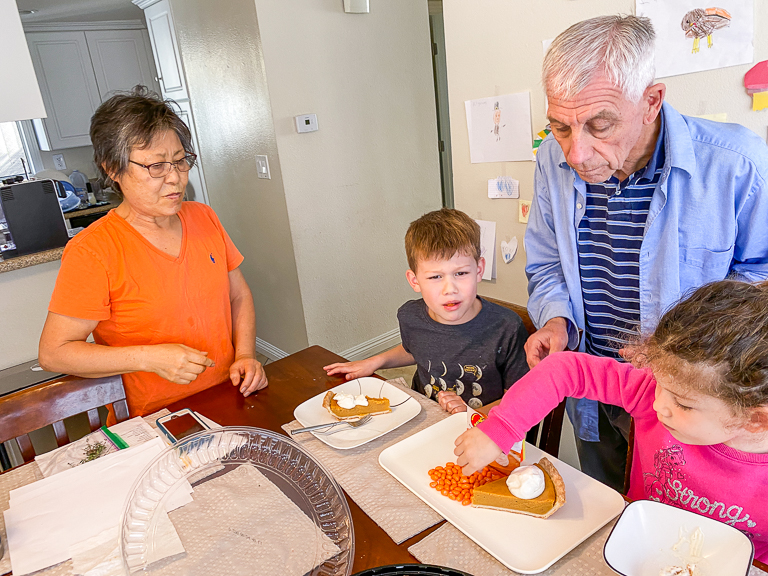 While he's off spitting his in the trash, the rest of us tried it. 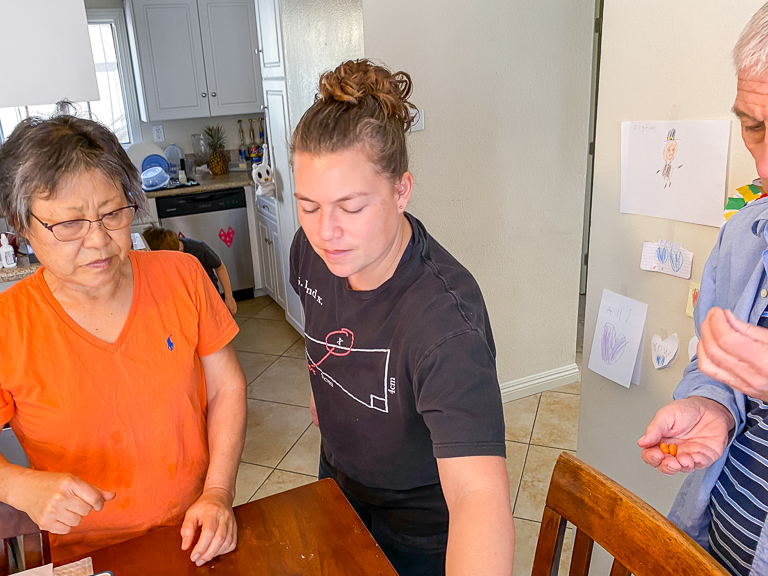 Someone is starting to remind me of Anton Ego from the Pixar movie Ratatouille.

It... does not taste like pumpkin pie. I'm getting a cinnamon flavor certainly. Yes, a little ginger. But pumpkin pie... not really. Chi said it just tasted like sugar. Ian said that "It does NOT deliver comfort".
It's not a bad tasting jelly bean at all. I actually like the cinnamon and ginger flavor, but pumpkin pie it isn't.
As for the pumpkin pie that we're trying along with it, that's a hit with everyone. The pumpkin flavor along with the creamy vanilla whipped cream is delicious. 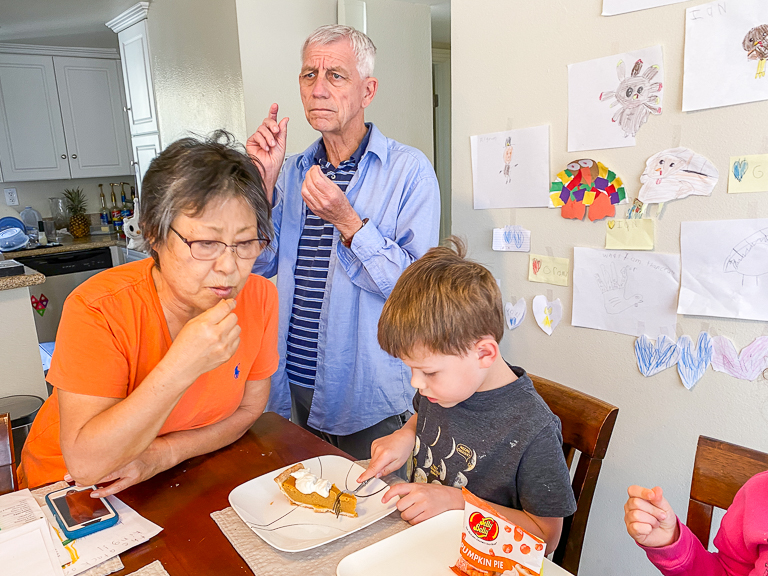 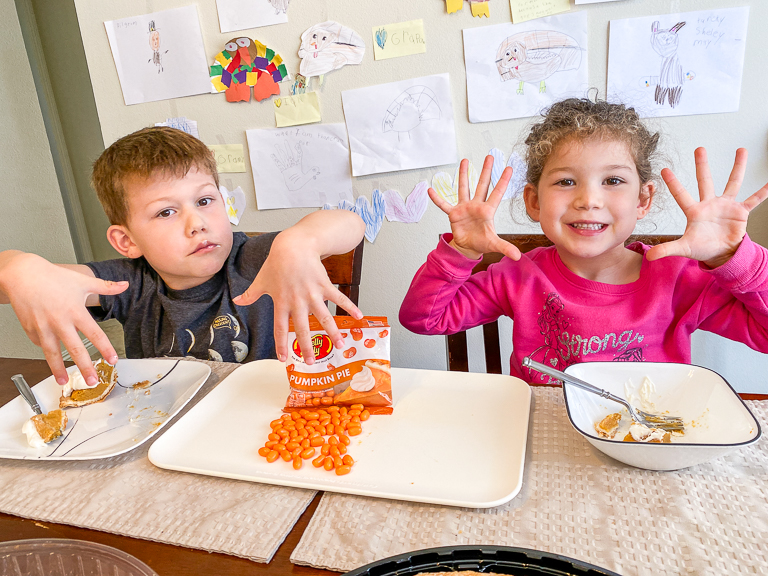