It's a little late coming, but not as late as some other write-ups. It's Christmas morning! Merry Christmas! 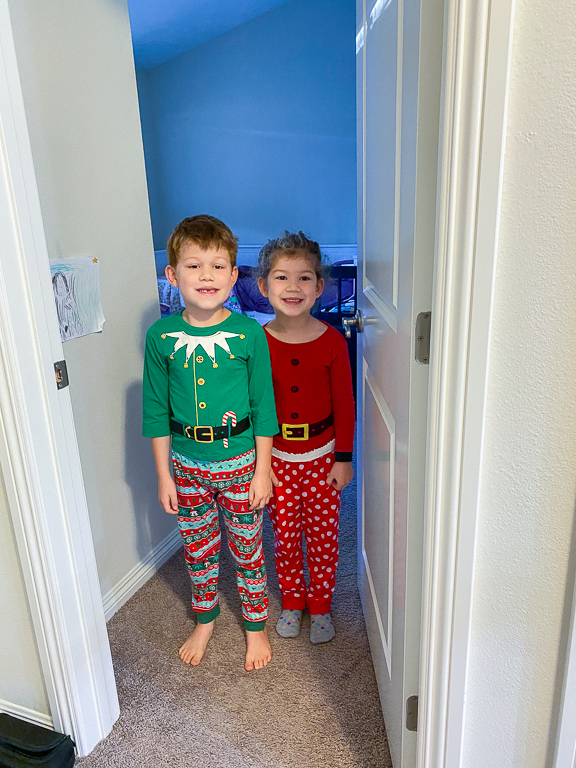 One of the things that the kids apparently remember is Aunt Jess's sticky buns on Christmas morning. Ian asked if we were going to have them just before they went to bed... 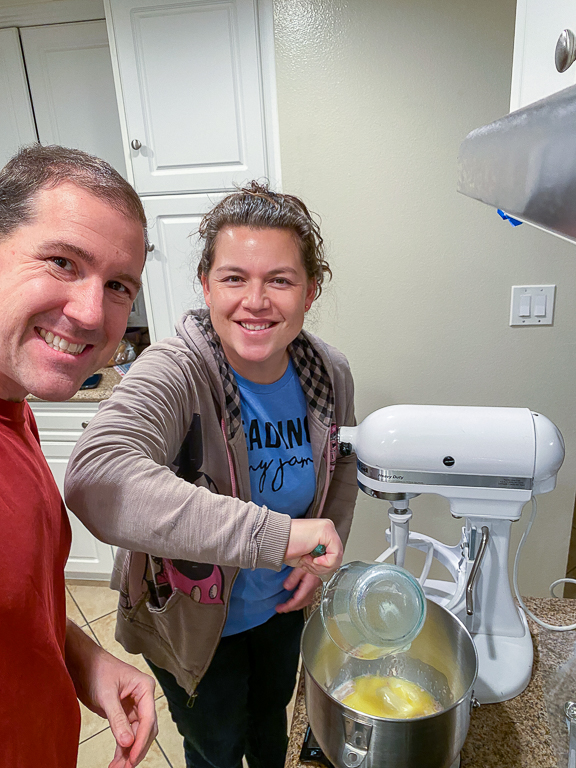 And so at 1am, Theresa and I were in the kitchen finishing up a batch of cinnamon rolls. Our recipe is coming from tastesoflizzyt.com for Homemade Cinnamon Rolls. 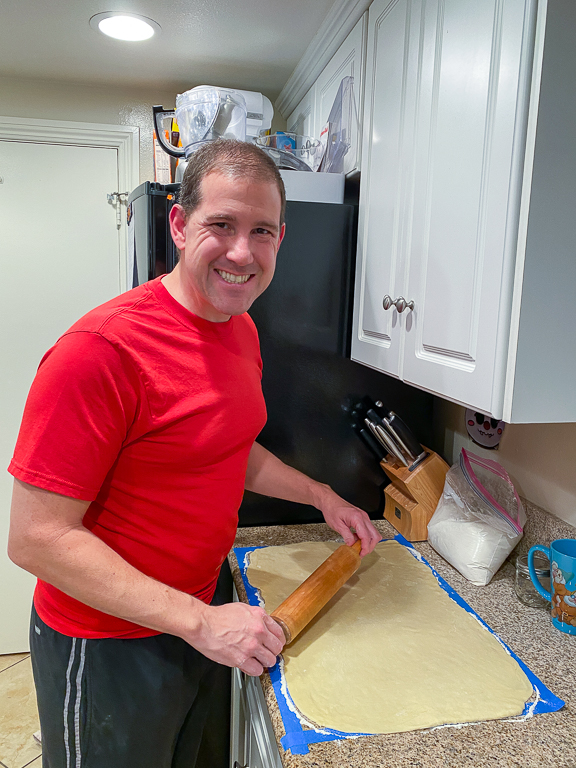 They spent the night in the fridge, and Theresa pulled them out around 6:30am to get their last rise. 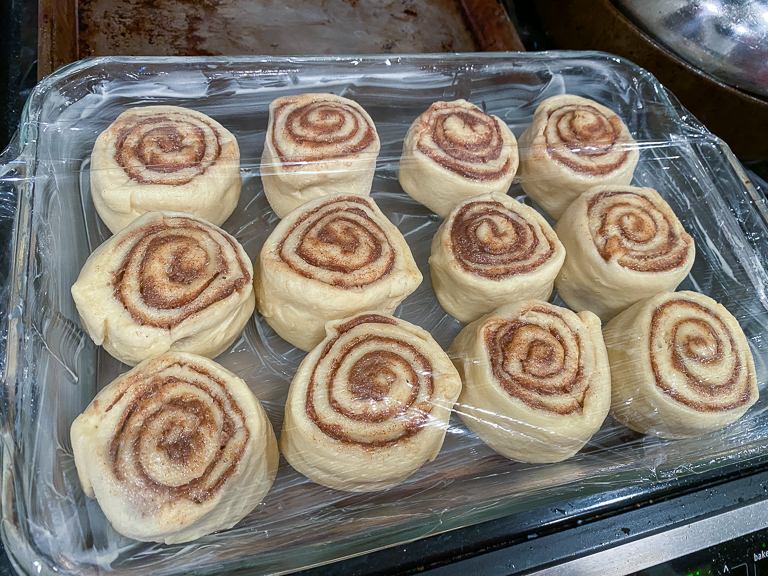 One of the unique aspects of this recipe was to spoon warm cream over the risen rolls before they go into the oven. 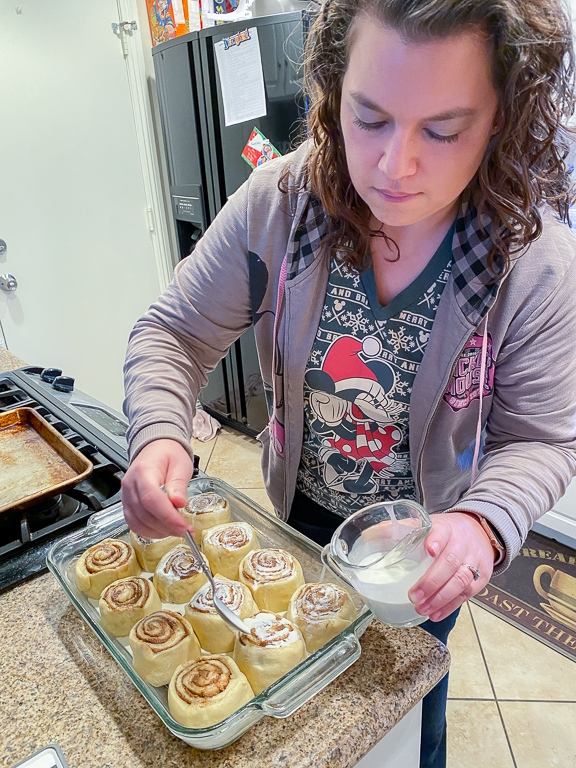 It's so fun to have stair at our new place! I remember loving coming down the stairs on Christmas morning to see what Santa had left. 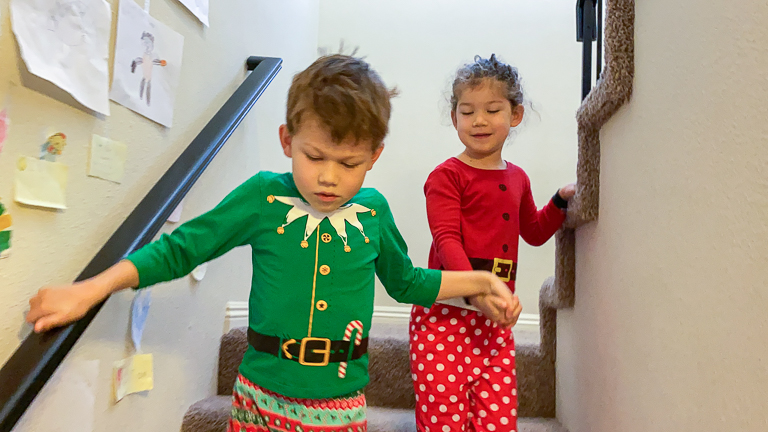 First they've got to check on those cookies they left Santa. 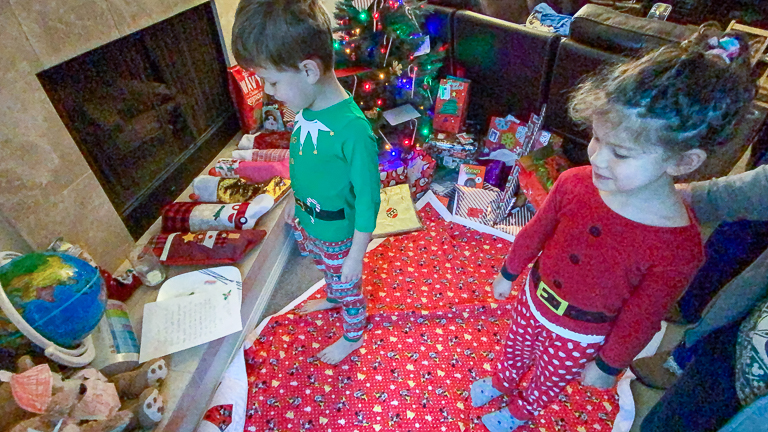 Apparently Santa left them a note! 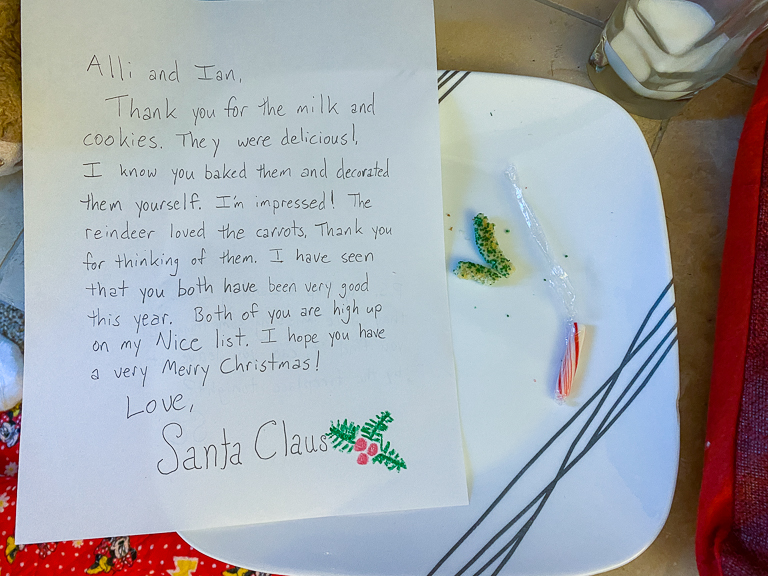 And on the back there's something extra. They'll have to keep an eye out I guess. 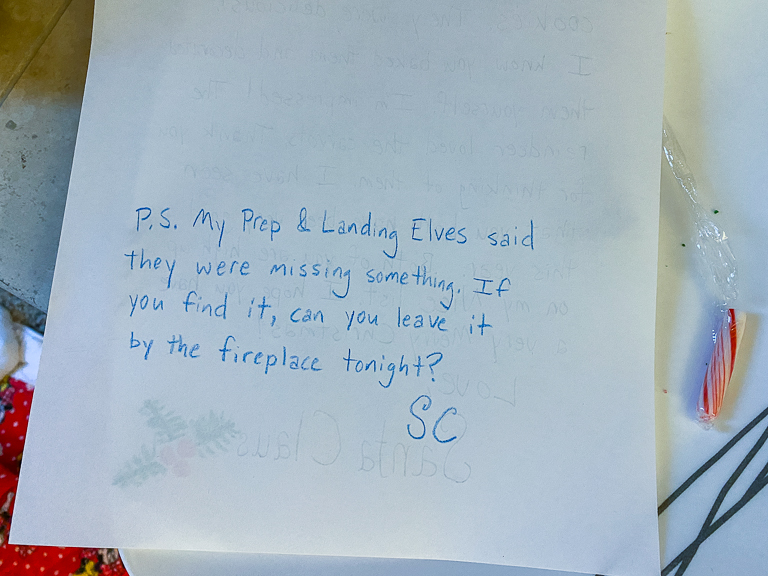 Inside their stockings, they found lots of fun things, including some Candy Cane Tootsie Pops! Alli promised to share her Sour Punch Straws with Mommy because they're her favorite. 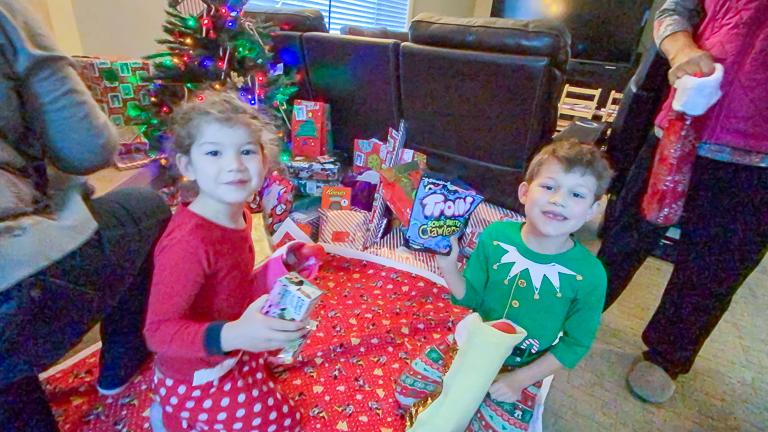 Alli was thrilled to see a big bag of Tootsie Pops! There's so many flavors in there Alli! That's going to be a fantastic taste test! 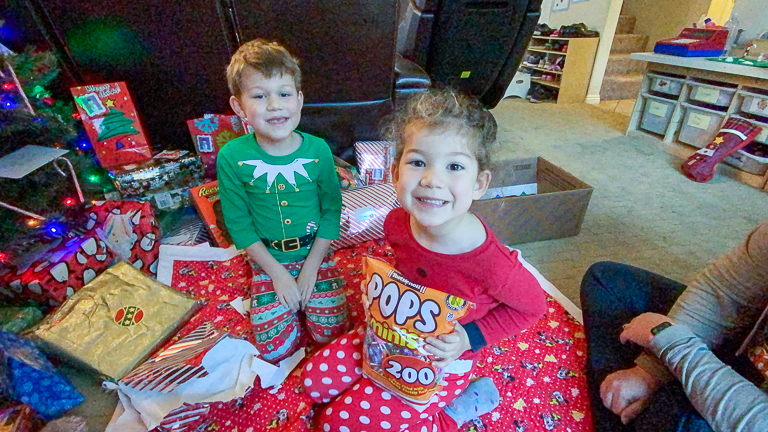 And Ian, that's a whole bunch of Kit Kat bars! That's going to be another really fun taste test! 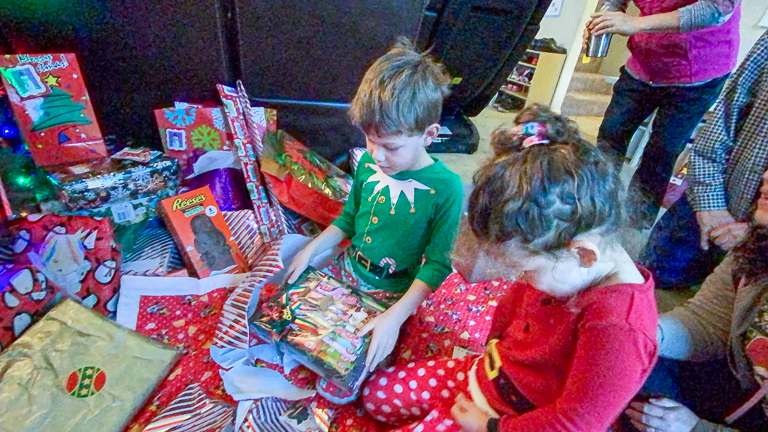 Opening present from some friends, that's some great wrapping paper with some really cute drawings. 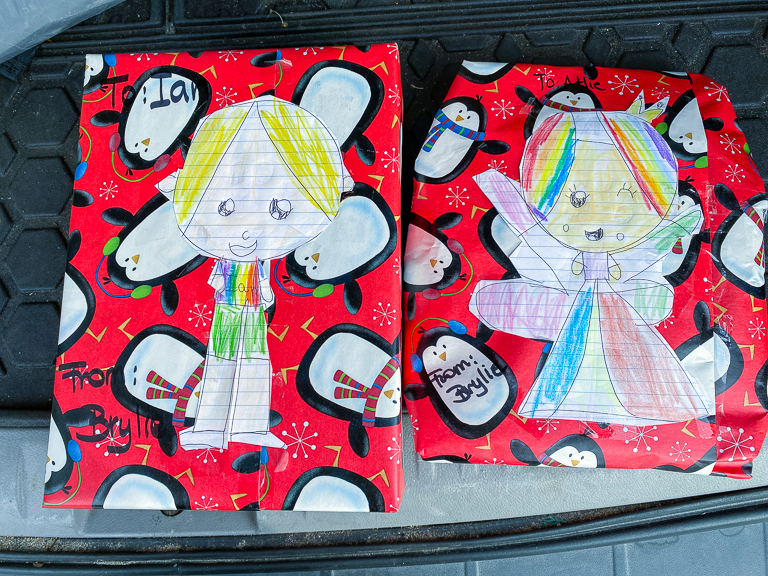 Minecraft Lego and a Frozen 2 Necklace kit! Those are great! 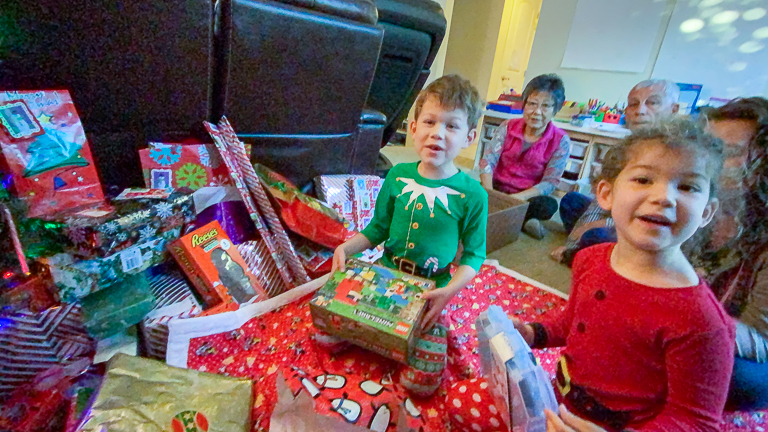 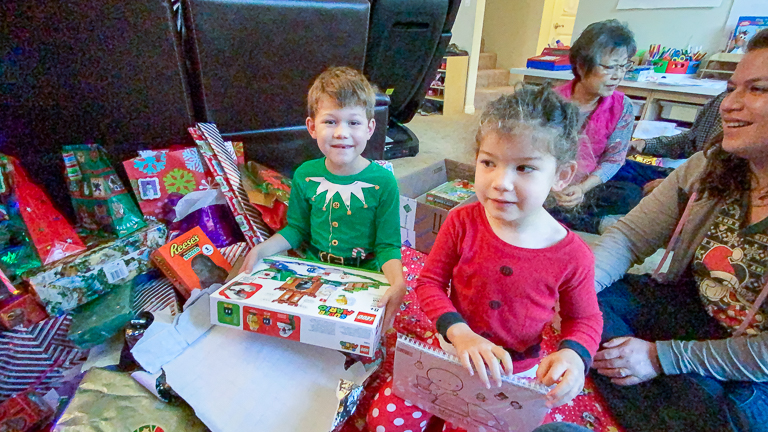 Minecraft shirts are popular for these kids. They love it. 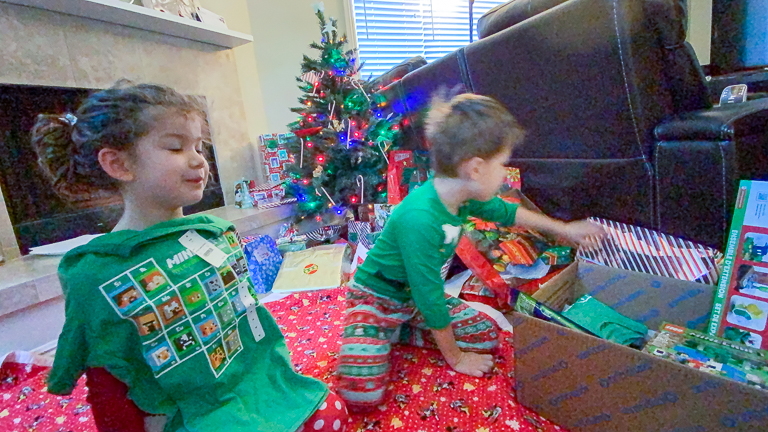 There's delicious smells coming from the kitchen, so that must mean our cinnamon rolls are almost done. We're going to take a break for that. 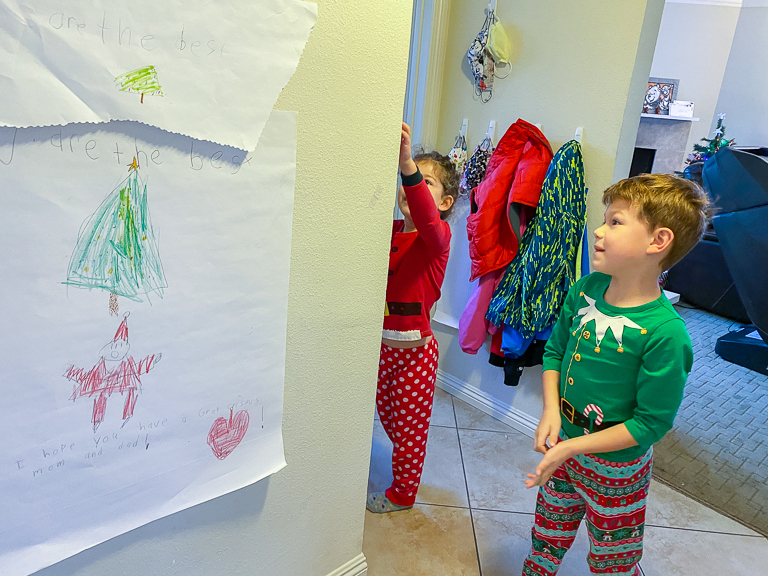 The beaters must be licked after mommy makes the frosting. 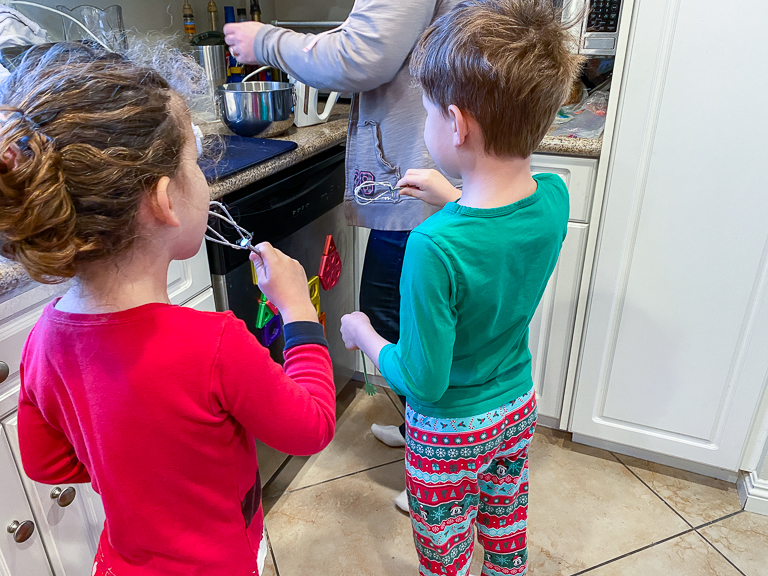 Adding tasty frosting to the tops of our hot cinnamon rolls. 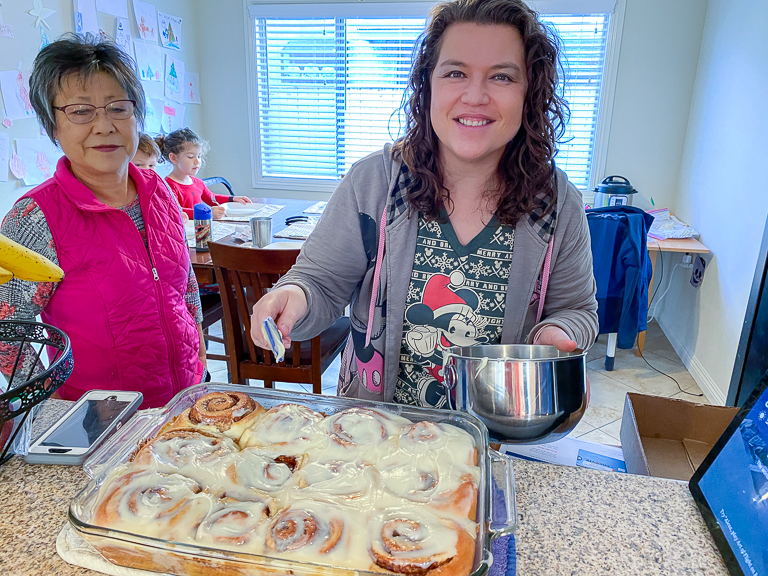 If you could only smell them through the screen. 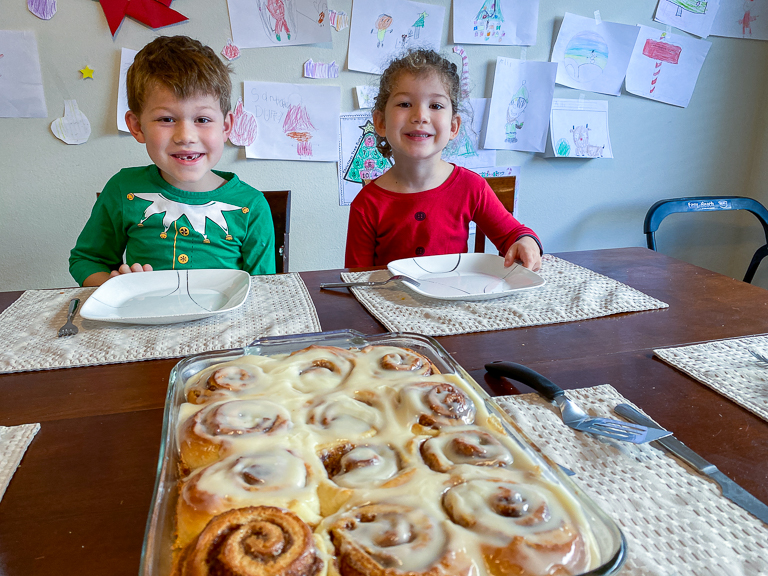 That's the Christmas breakfast everyone was looking for. 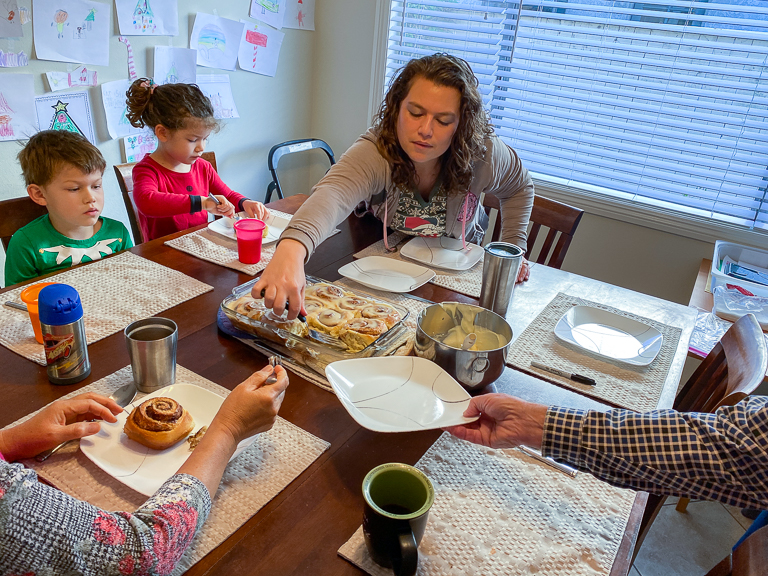 Yes, it was as good as it looks. 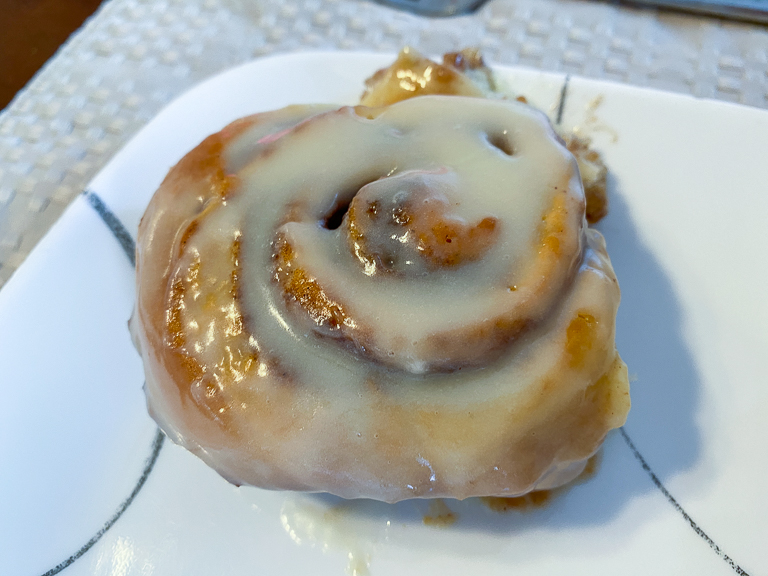 I think the cream that we added right before baking helped keep things moist and delicious. 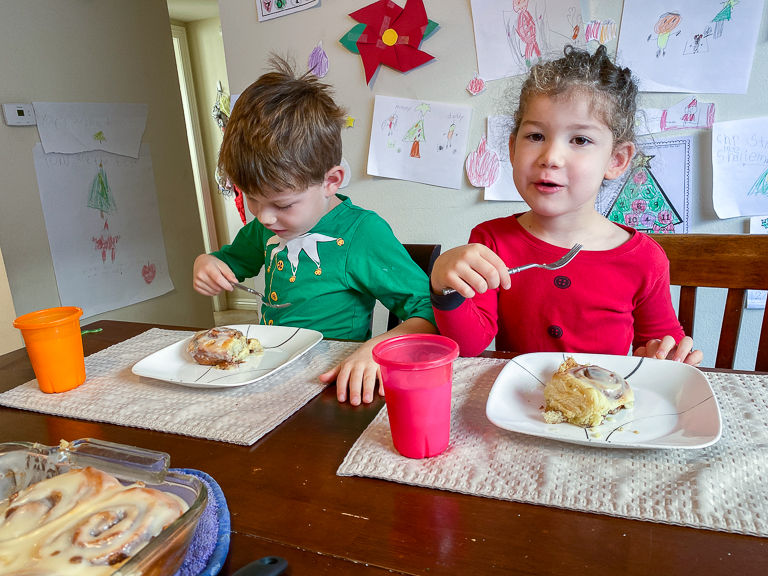