One of our favorite Indian places to eat at here in the South Bay is Al-Noor. Honestly, it's one of those places that is so good that we take people who come to visit to it. And when they come visit again, they're the ones who request we eat there. One of the best entrees there is their Chicken Tikka Masala. Tonight we're going to try to recreate it at home! 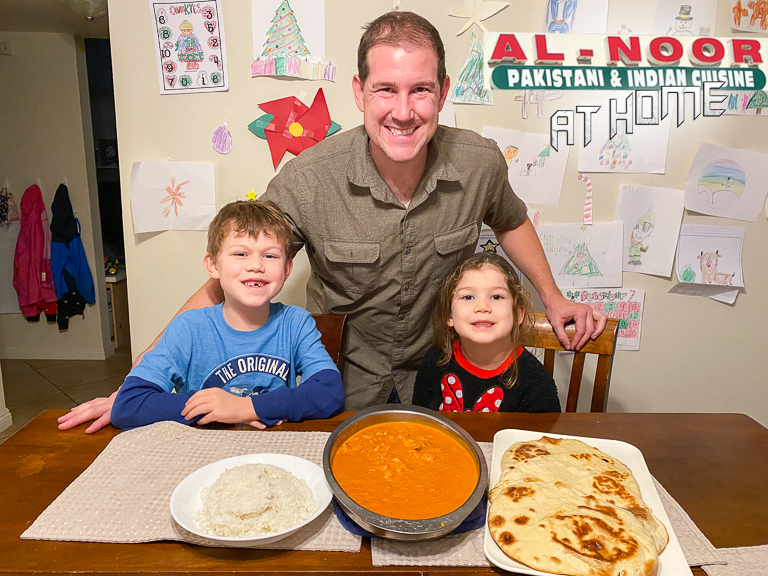 Here's a few pictures, courtesy of Yelp. Their Chicken Tikka Masala is very creamy (less tomatoey) compared to some others. There's also Naan and Rice. 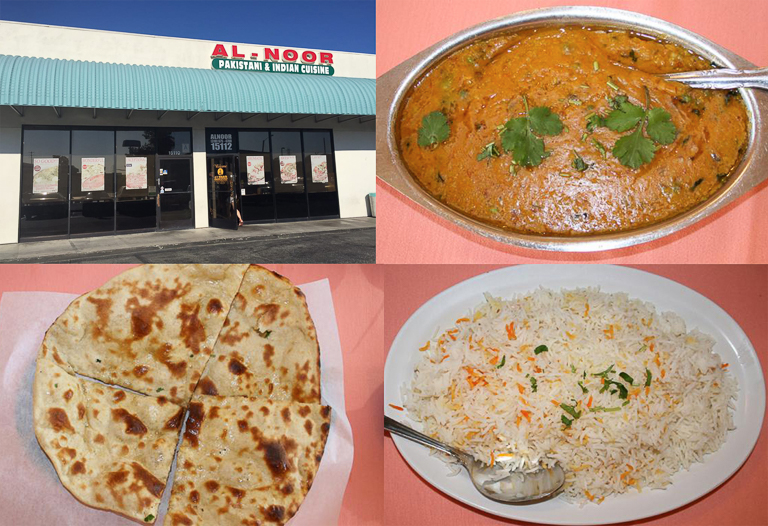 Their Naan, the garlic Naan specifically, was even featured on the Food Network show "The Best Thing I Ever Ate".
But first, the Chicken Tikka Masala. As good as the Naan is, the Chicken Tikka Masala is better. Honestly, it must be made with a teaspoon of crack, because it's so delicious.
We've tried recreating it before, but it always came out too tomatoey. Theresa specifically looked for one with lots of cream. The one she found is nearly half cream and half tomato sauce.
For the chicken, it's going to need to marinade, and one of the ingredients is lemon juice. Good thing we've got a lemon tree in our yard now! 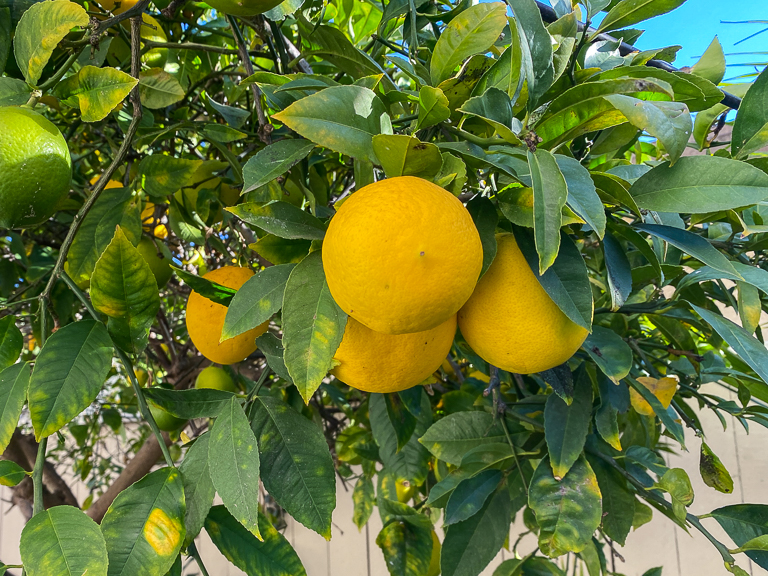 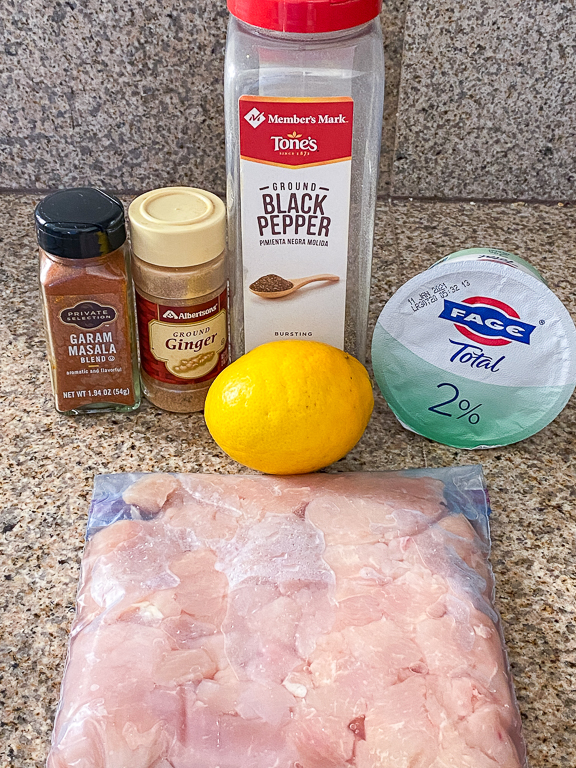 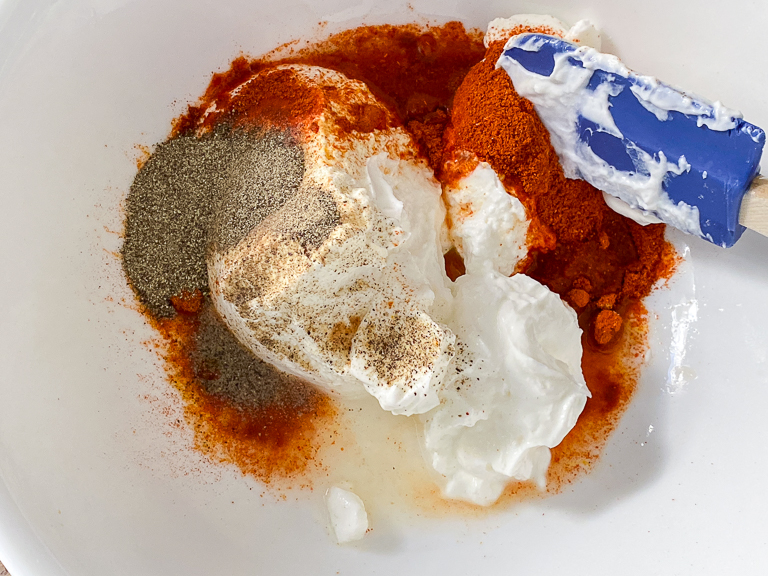 Then all the chicken goes in, gets a good stir, and marinades for a few hours at least. 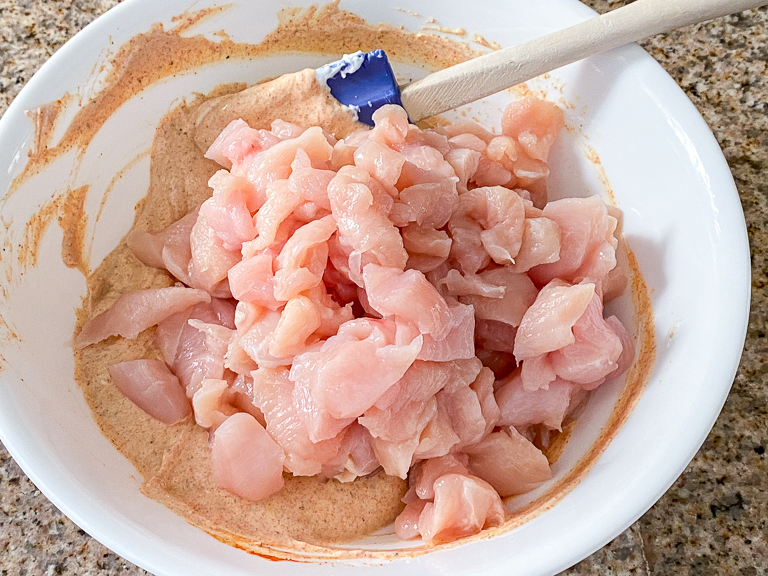 Before dinner, Theresa whipped up the sauce, needing tomato sauce, cream, minced garlic, more garam masala, paprika, salt, and as much cayenne as you want for spiciness. 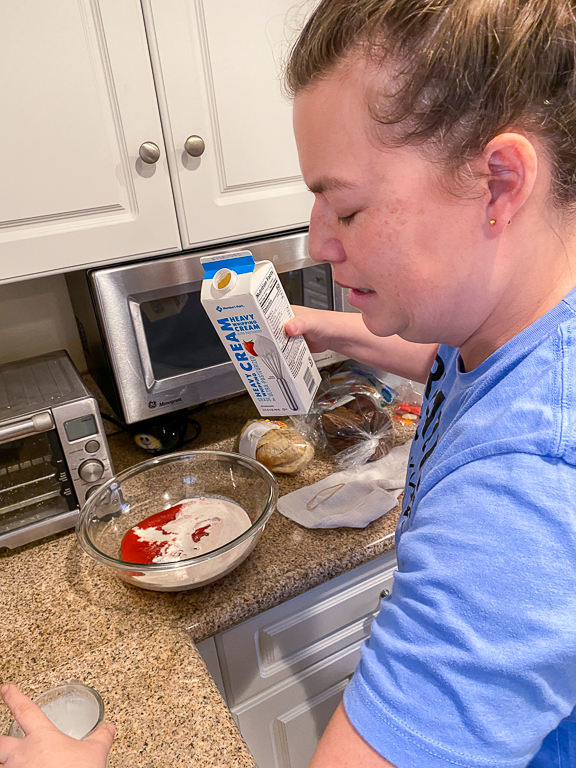 It's looking good!
Funny story, Al-Noor knows they've got a delicious sauce for this dish. Their normal price for Chicken Tikka Masala is $11.99. We asked how much it would be without the chicken (thinking we could just add chicken at home). They told us it's still $11.99, same price.
When you've got something people want, there's no reason to lower the price, is there. 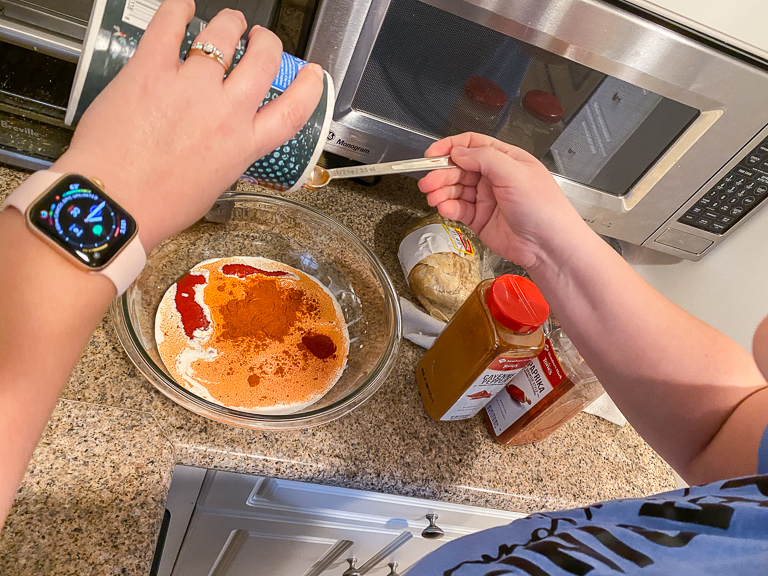 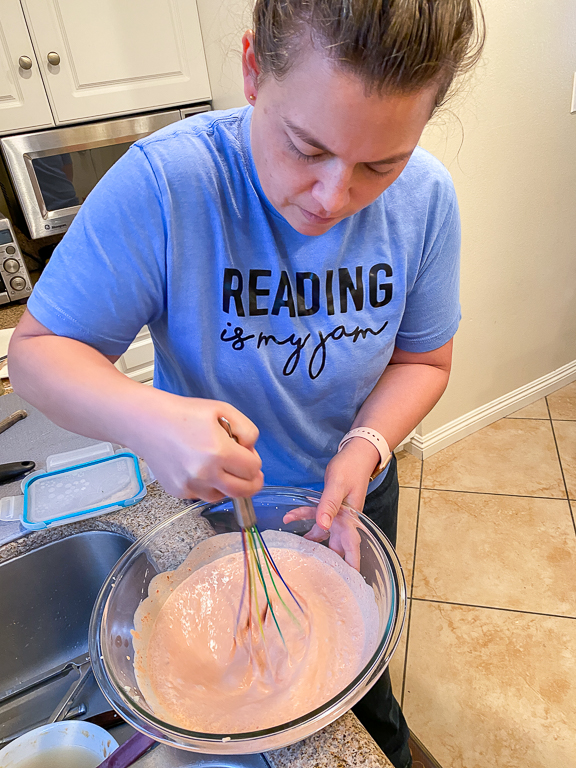 I brought a skillet up to heat and seared the yogurt chicken. Not trying to cook it, only put a crust on the outside of them. 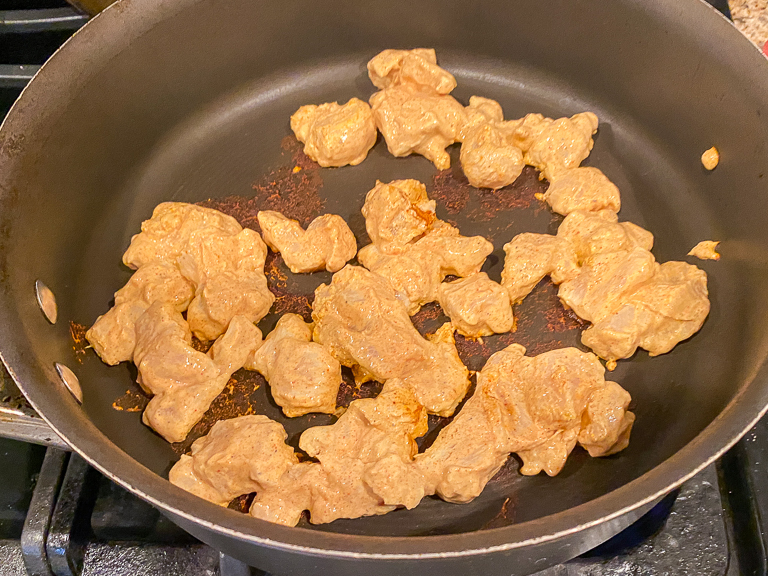 Next, Theresa used the same pan to bring the sauce to a simmer, then added the chicken. Twenty minutes later and we've got a tasty looking Tikka Masala. 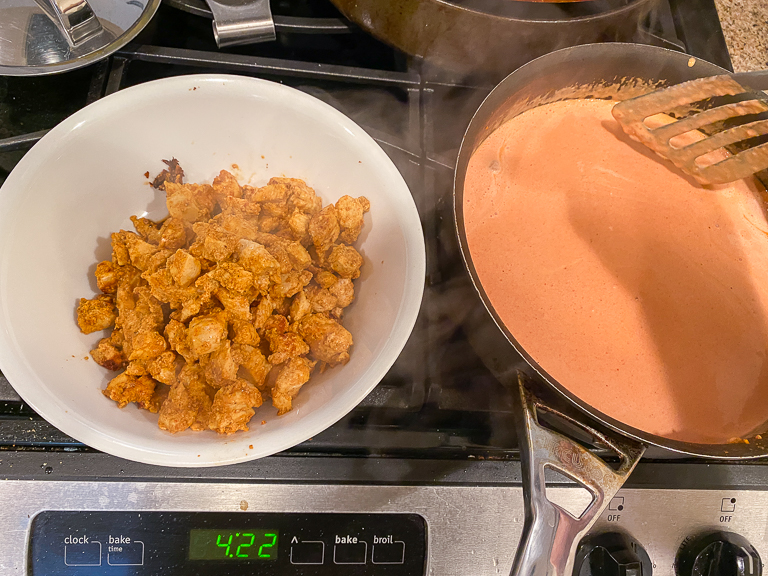 My homemade Naan has been rising for an hour. Now it's time to grill! 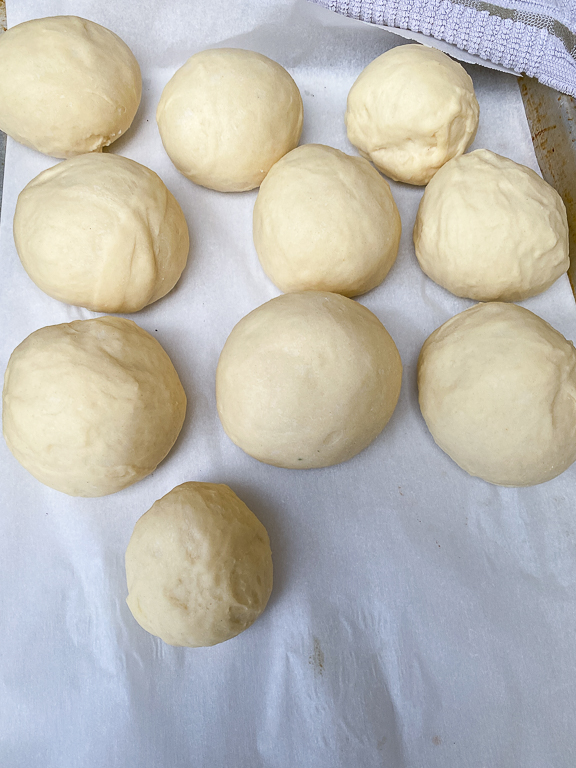 Alli took a photo of me getting the grill prepped. I used my pizza stone from my oven on the grill. It's been heating up for 45 minutes on the highest setting, so I know that stone is toasty. I brushed it with a little oil before placing my naan. 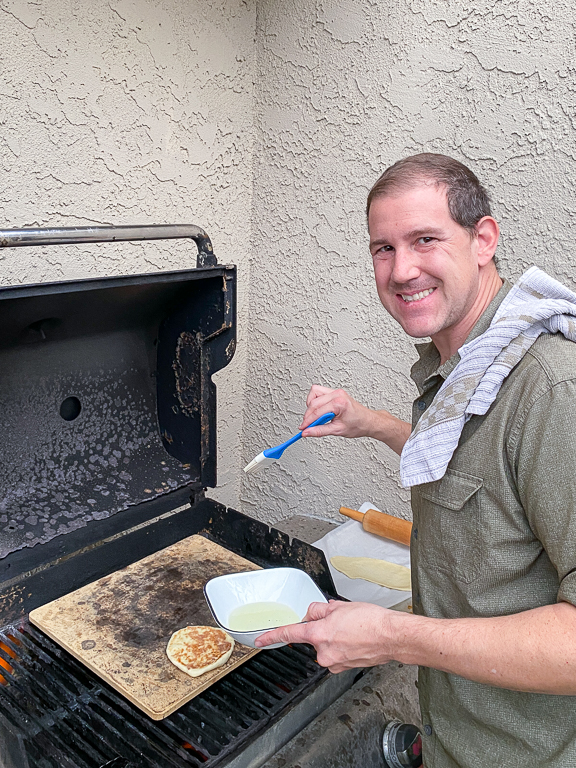 I rolled my naan as flat as I could make it, then tossed it onto the hot stone. 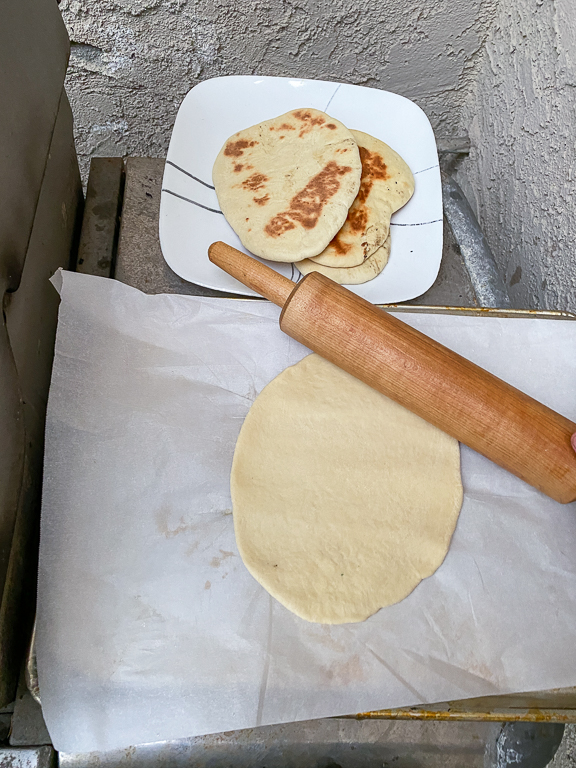 Mmm, look at those bubbles. Alli was watching me the whole time. I gave her some of the extra pieces of Naan to munch on while the rest cooked. She loved it and was really looking forward to having it with her meal tonight. 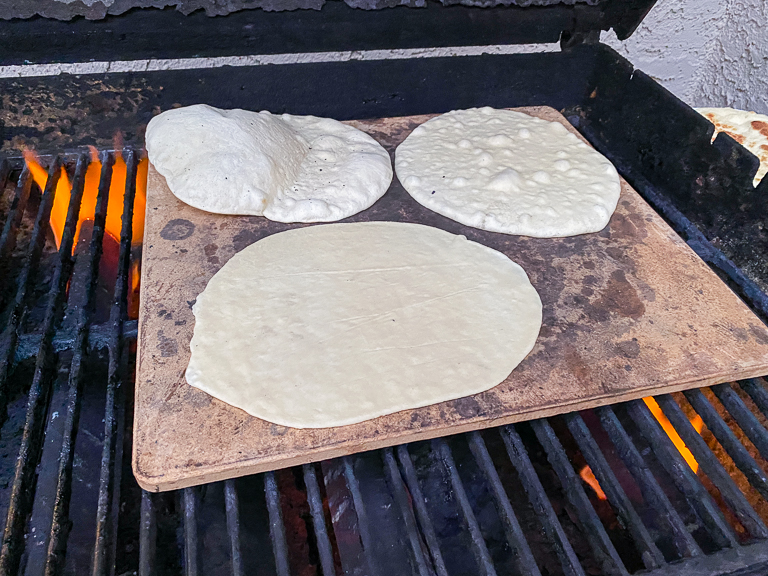 Our meal is ready! 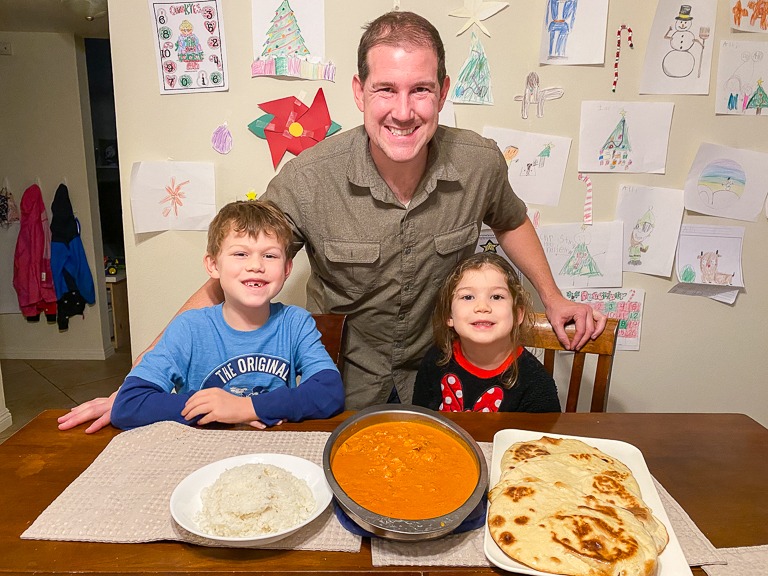 I even found an oval container to serve it in! Wow that looks good. Just the right color. 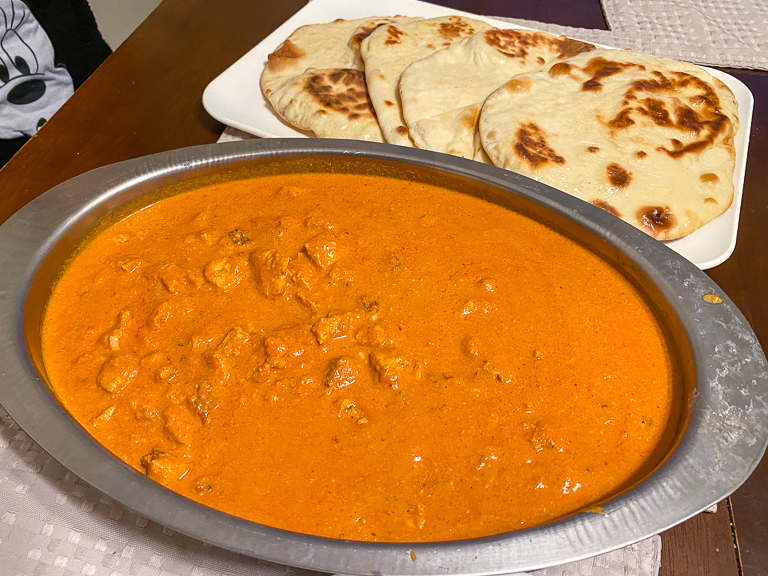 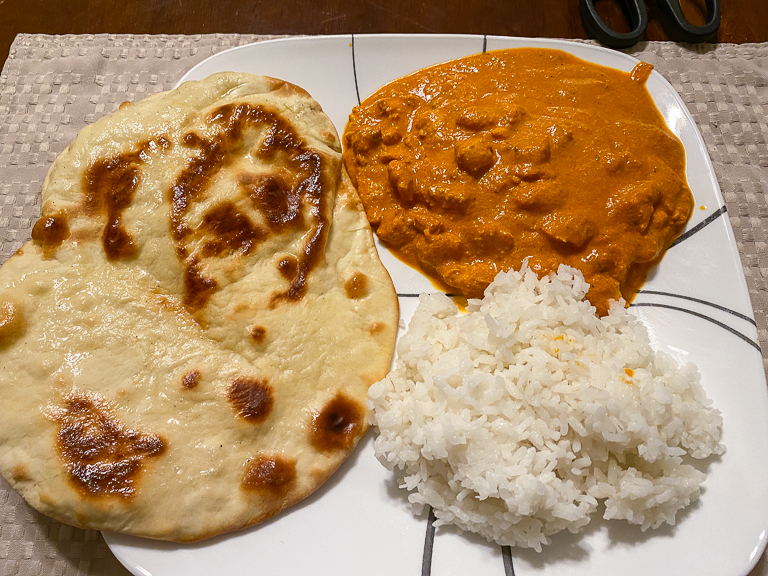 The kids loved the naan! Ian is giving me a naan smile. 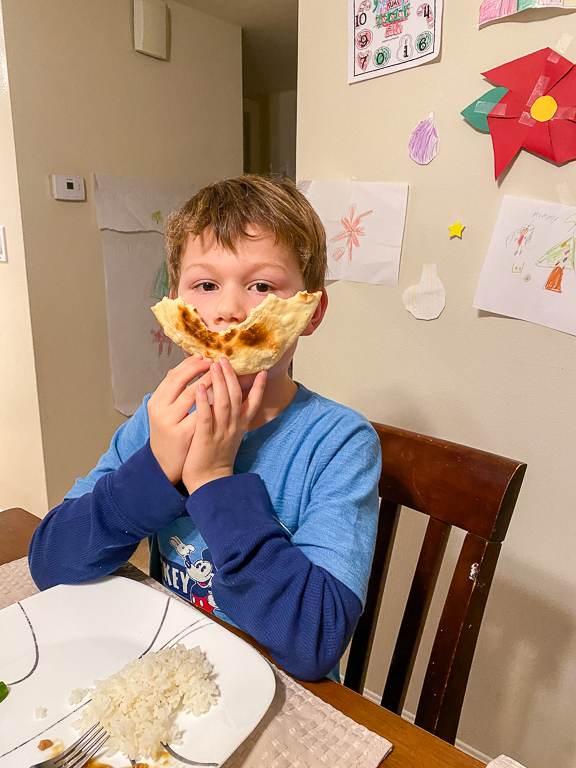 Theresa, followed quickly by Alli, found that honey is pretty delicious on naan too. 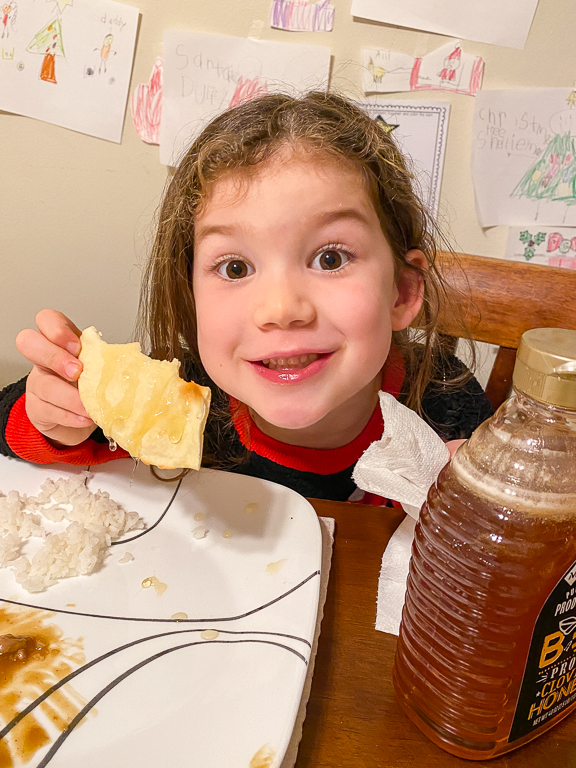 Our chicken tikka masala was good, and both Theresa and I agreed it should be added into the regular meal rotation... but it's not as good as Al-Noor. There's just something different they're doing with their recipe that makes it go from good to great! If we have it in our rotation though, you know we're going to be experimenting a little with the recipe. We'll see if we revisit this in the future with an even better recipe! 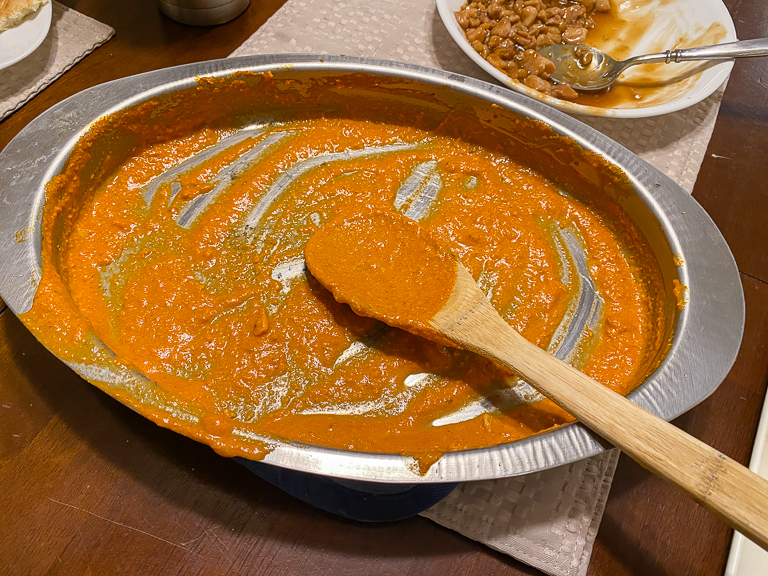