It's Saturday morning and I'm still in bed when I hear Alli come into the room.
Alli - Daddy, can we do a taste test this morning?!?
Me (rubbing the sleep out of my eyes), sure Alli, let me go look and see what I have.

In my taste test cabinet (yes, I have a cabinet for just my things), I find three different types of Lucky Charms. 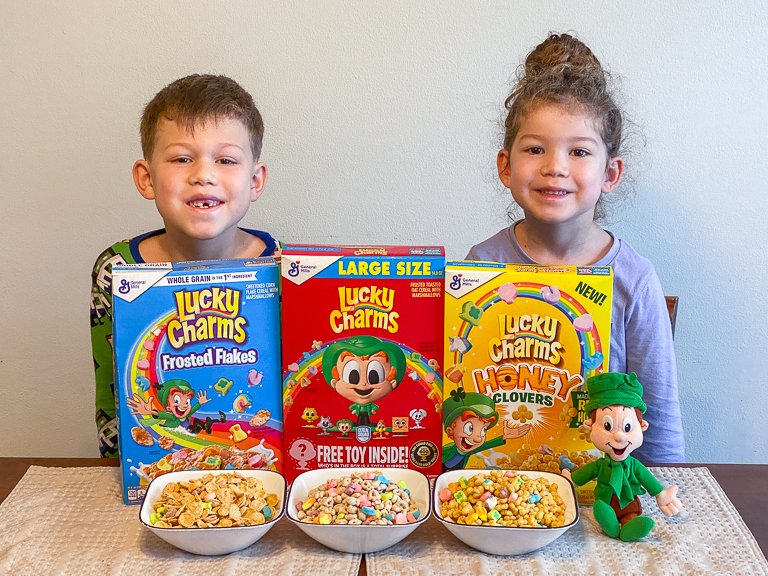 The marshmallows are the same, but the cereal part is very different. There's the original Lucky Charms Oat Cereal (similar to Cheerios), Lucky Charms Frosted Flakes (made from smashed corn), and Lucky Charms Honey Clovers (made of puffed corn, similar to Captain Crunch). 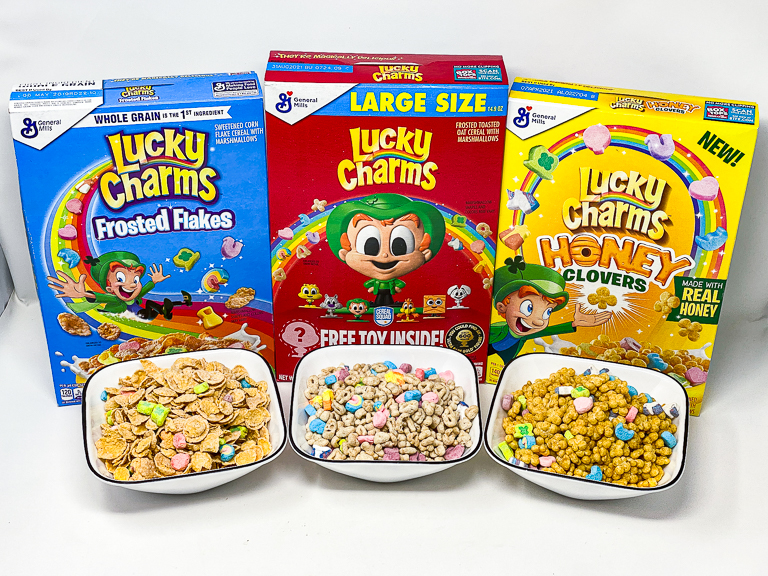 The back of the boxes. The Frosted Flakes has a game you can play with marshmallow pieces to help describe your cereal experience. If, for example, you randomly picked 8 marshmallows in the order of Hearts, Stars, Horseshoes, Clovers, Blue Moons, Hourglasses, Rainbows, Tasty Red Balloons, then you would say "It's like - the biggest - awesomely - brilliant - mouth watering - crunch - to appreciate - at breakfast."
We've seen the Original Box before when we did the Lucky Charms Cereal Bars. We get a look at the Cereal Squad.
The Honey Clovers have a follow-the-pattern type puzzle to make your way to the finish, plus a hidden image search to find all the different shaped marshmallows in gold. 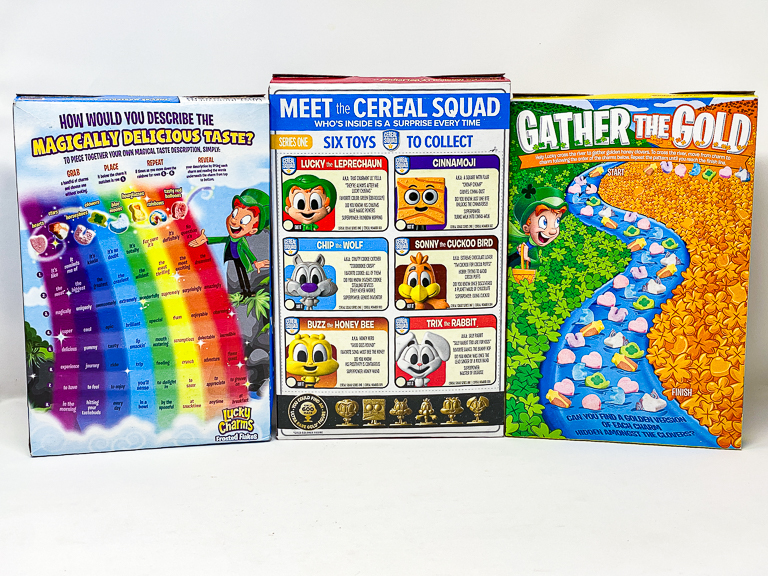 Lucky Charms are magically delicious with its frosted oat cereal and marshmallows. 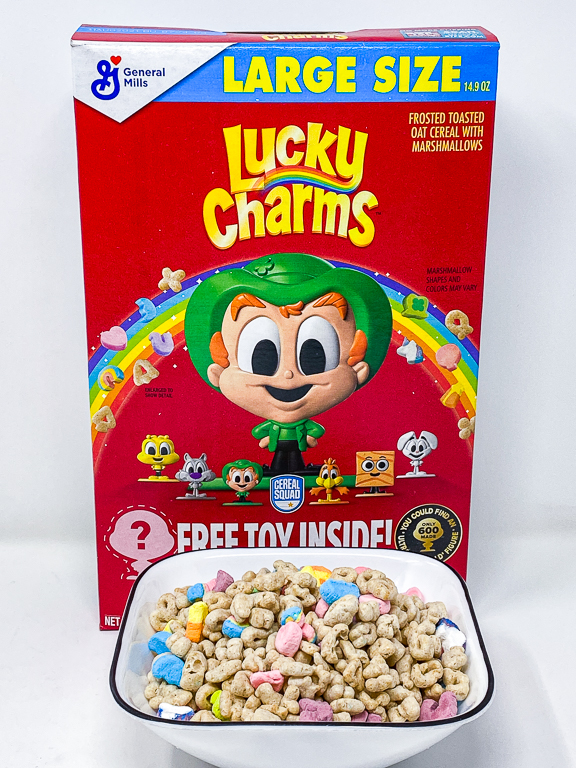 A nice mix of marshmallows and cereal. 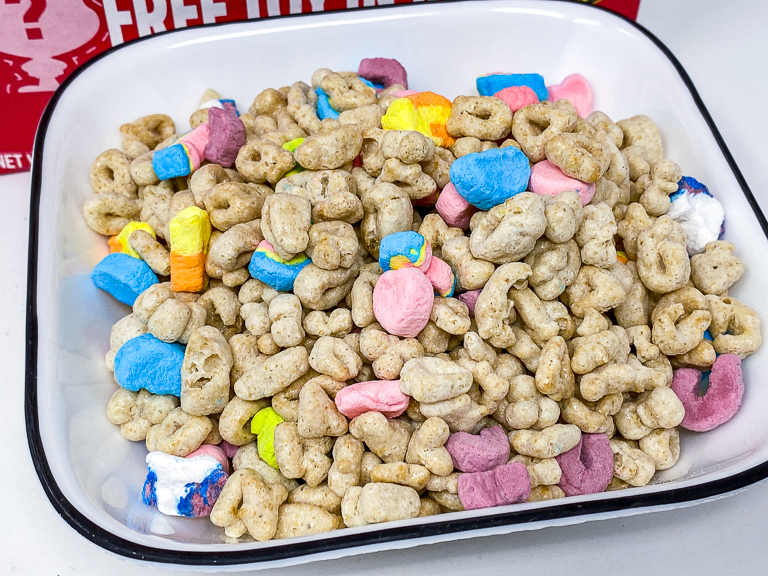 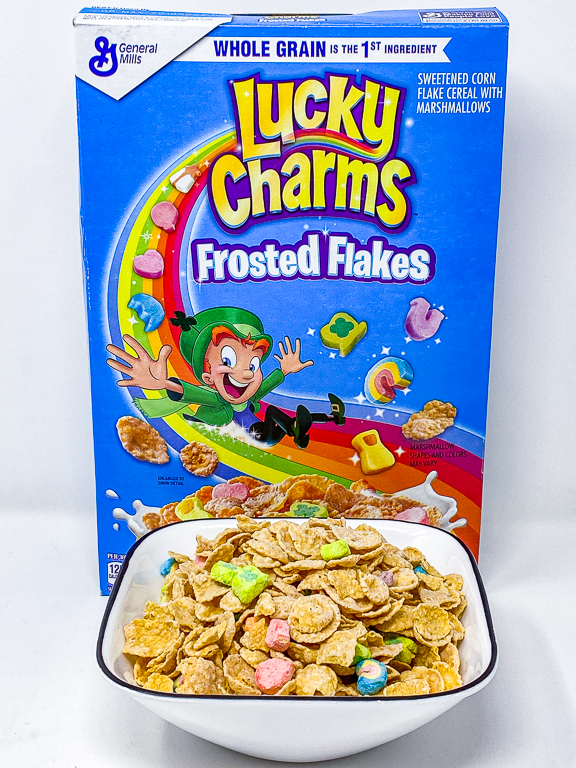 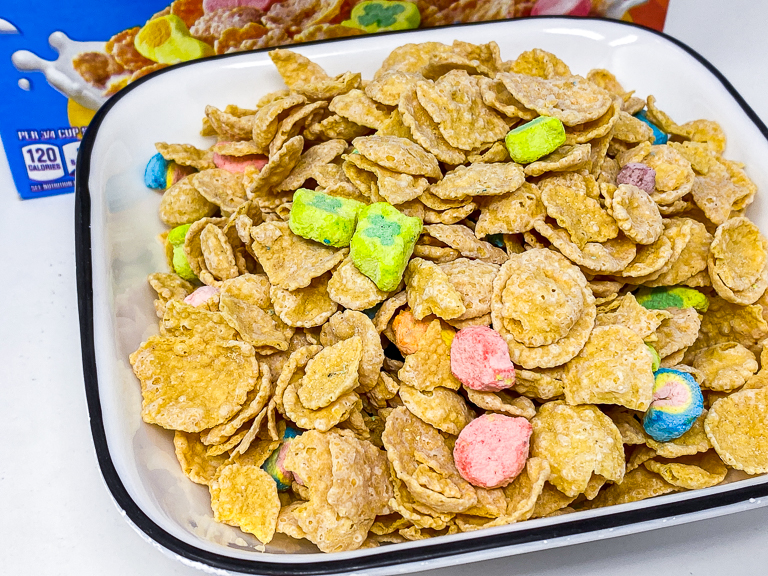 The Lucky Charms Honey Clovers are puffed bits of crunchy corn, very similar to Captain Crunch in texture I'd say. I like the clover shape. It would have been really clever if they'd had mixed just a few 4-leaf golden clovers in with the rest of them. 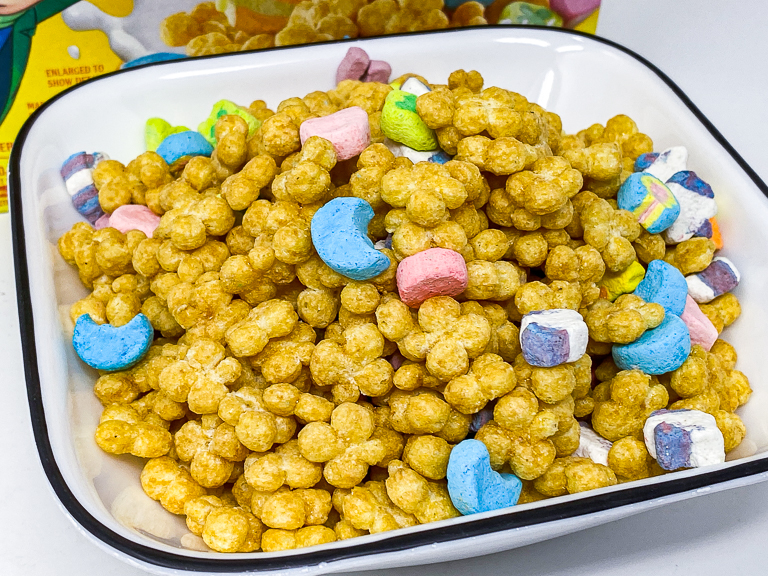 Who is ready to taste some cereal? 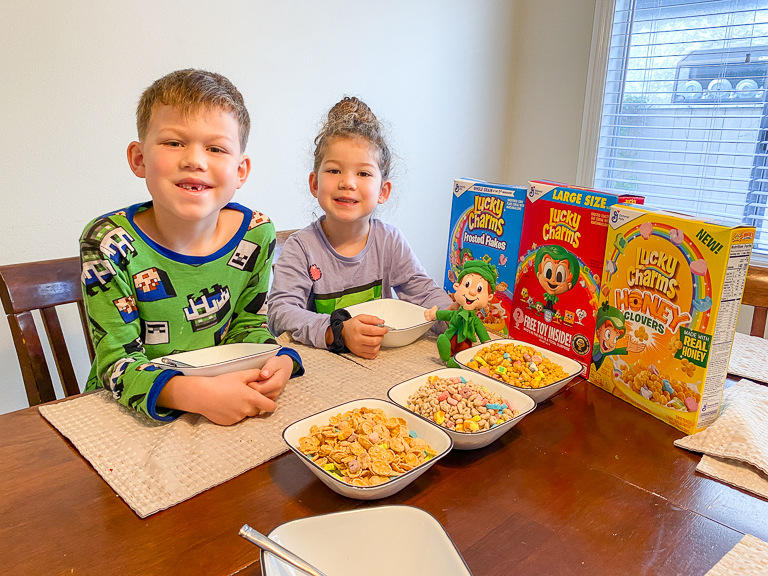 Reading the back of the box while they chow down. 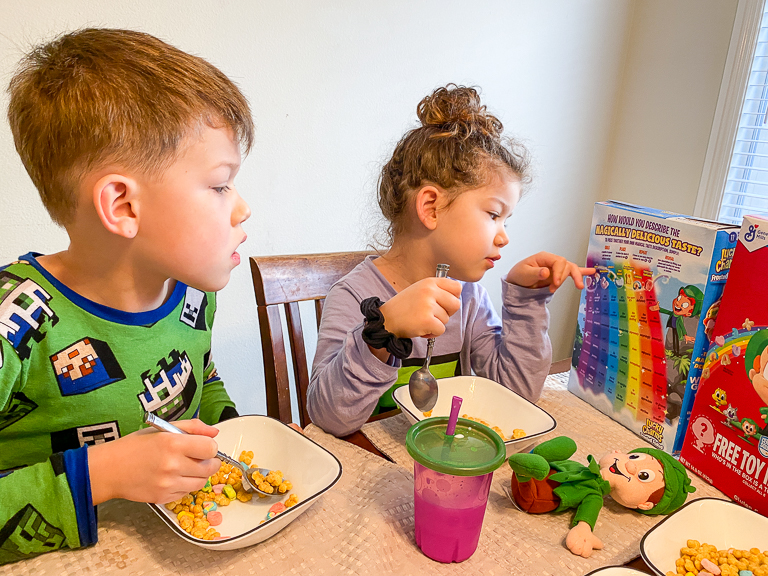 Alli is moving everything into her preferred order.
Alli's rankings are: Original, Flakes, Clovers.
Ian and I prefer: Original, Clovers, Flakes. 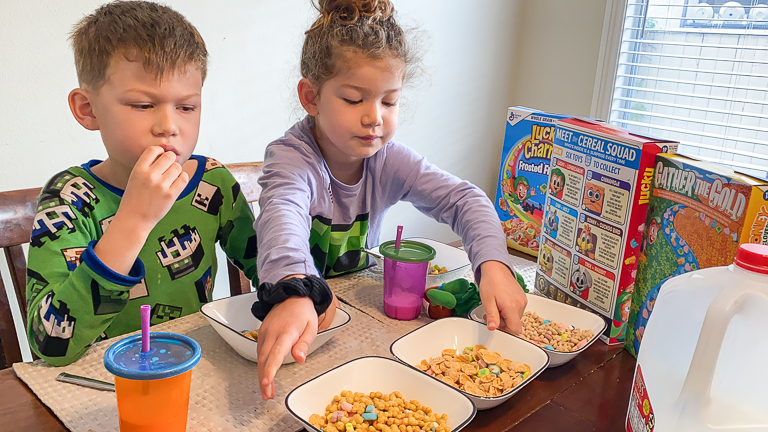 Theresa said she prefers just the Original, though she could do without the marshmallows. What?!? The marshmallows are the best part! 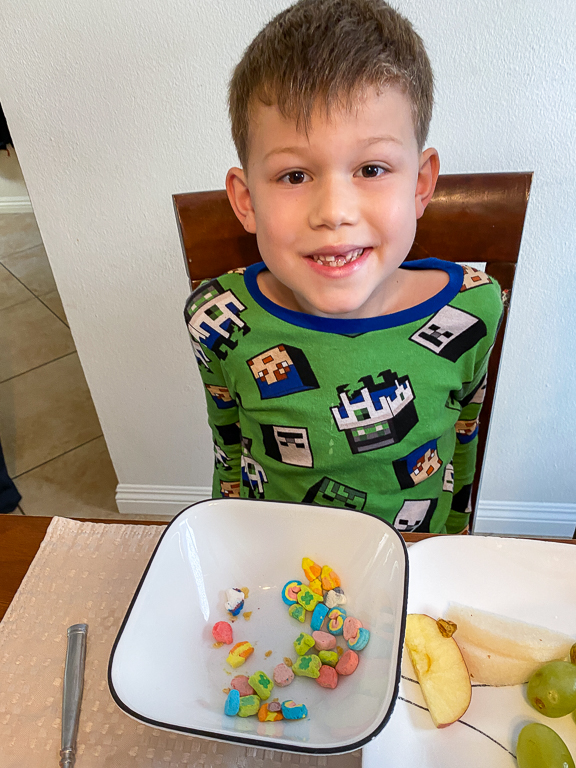