Not all these taste tests need to be big and involved. Sometimes a simple bag of Cheetos shaped like snowflakes can be fun to try. Today we're going to try these Cheetos White Cheddar Snowflakes! 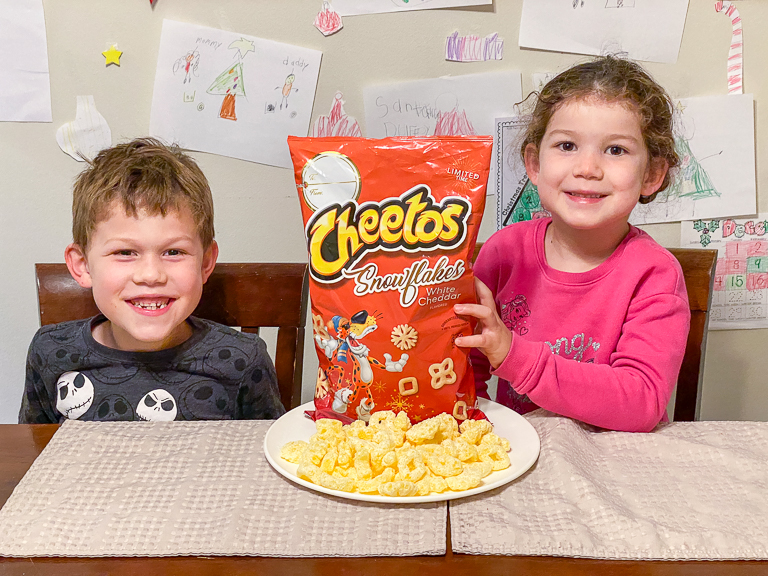 Would you really give a bag of Cheetos Snowflakes as a present? This Limited Edition bag has a tag printed on it in the top corner with a To: and From: line. 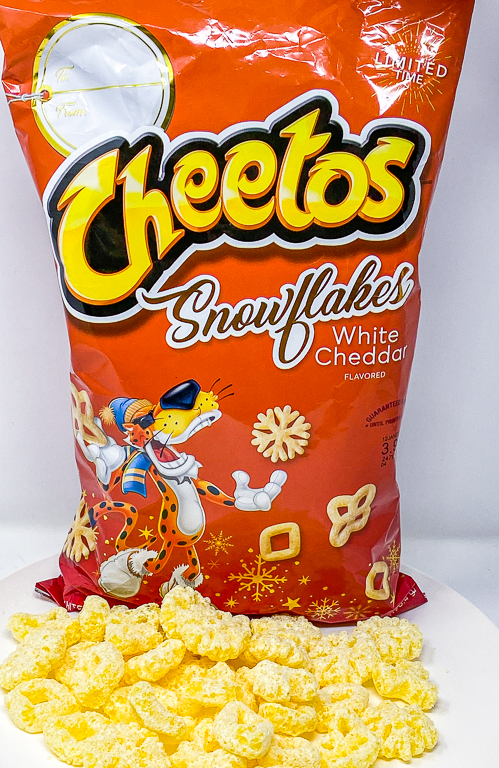 Stockpiling your Cheetos Snowflakes might be fine, but "engaging in the most delicious snowball fight" doesn't sound very smart. 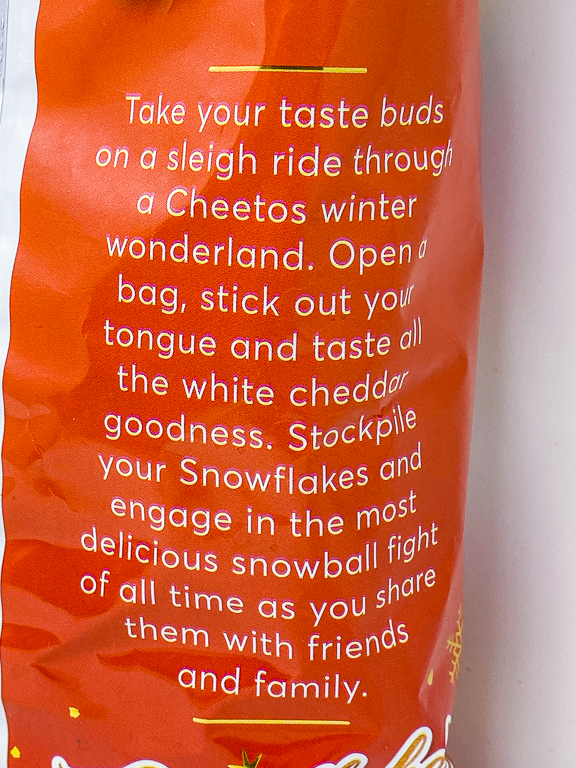 I was concerned that upon opening the bag we'd find a whole bunch of crushed pieces with very few recognizable snowflake shapes still around, but I was pleasantly surprised. Nearly all of the pieces were completely intact. Everything is a little puffier than their picture on the front of the bag shows,

It's been months since we'd had Cheetos and the kids have missed them. They attacked this plate of Cheetos. They're so light and airy that it's an easy snack to keep munching on. 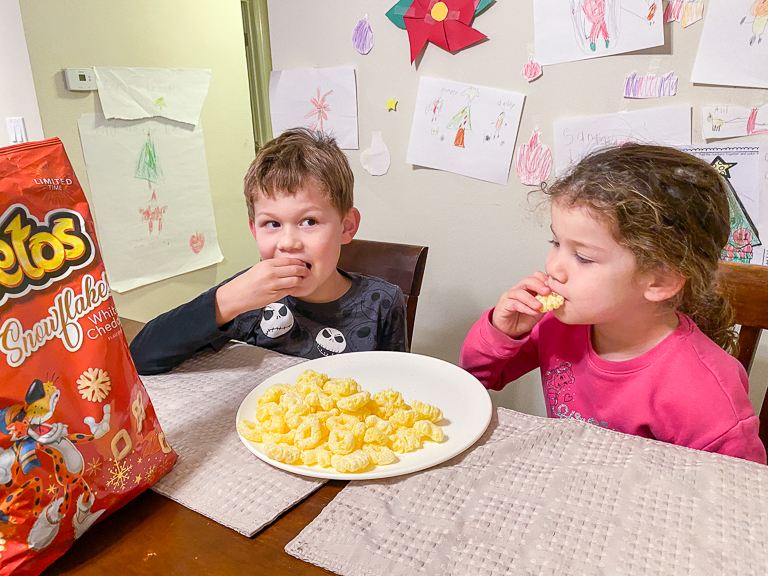 Theresa is a big fan of Cheetos, including Cheetos Puffs. 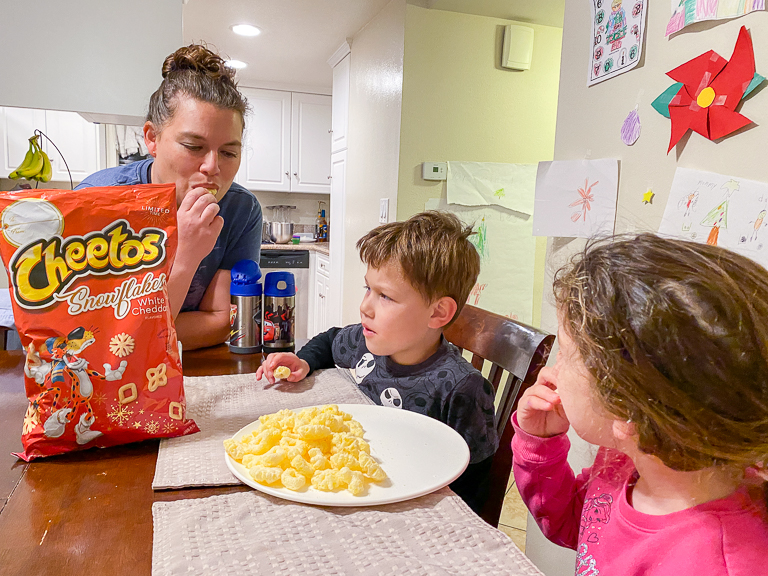 I'm not the biggest Cheetos fan. It's a texture thing for me. But it's a salty and cheesy snack that is enjoyed by many here. 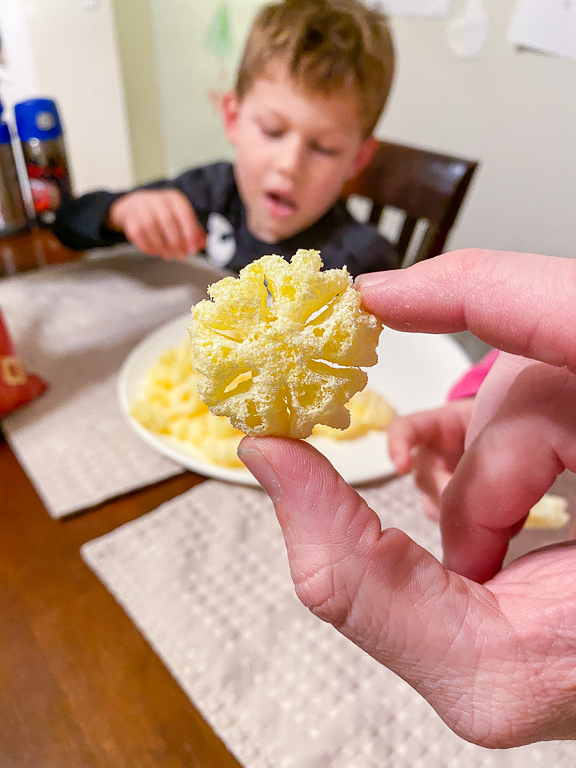 Ten big thumbs up from these kids. We took the rest of the bag into the living room to watch Christmas movies. 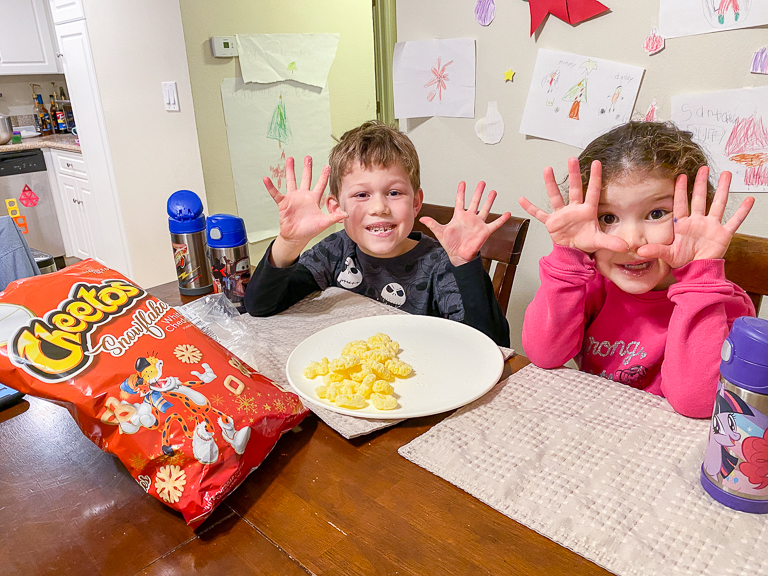 Not 20 minutes later, this was what I found... Uh, yeah. I think they like them. If you like Cheetos Puffs, you might just like them too! Pick up a bag. Give it to a friend as a present and see what happens! 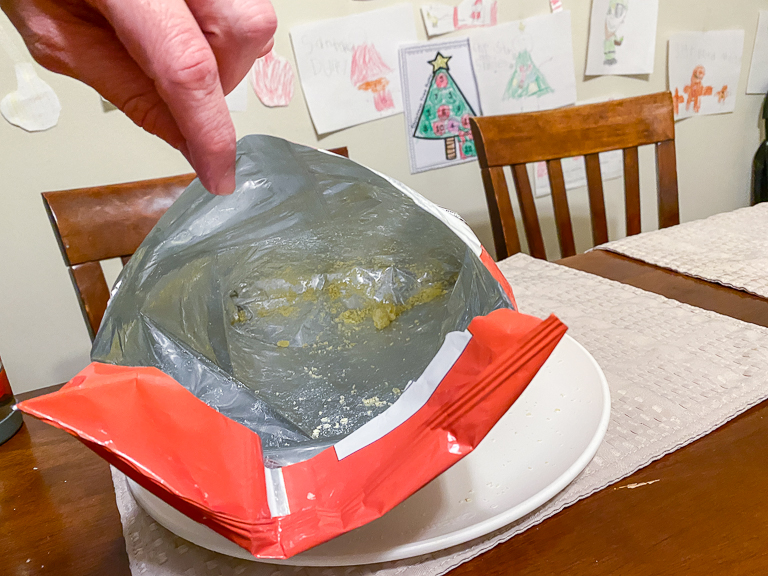