Sometimes you just don't have time for cereal and need something on the go. We tried Lucky Charms Treat bars not too long ago, and now we're trying Cinnamon Toast Crunch Treat bars! 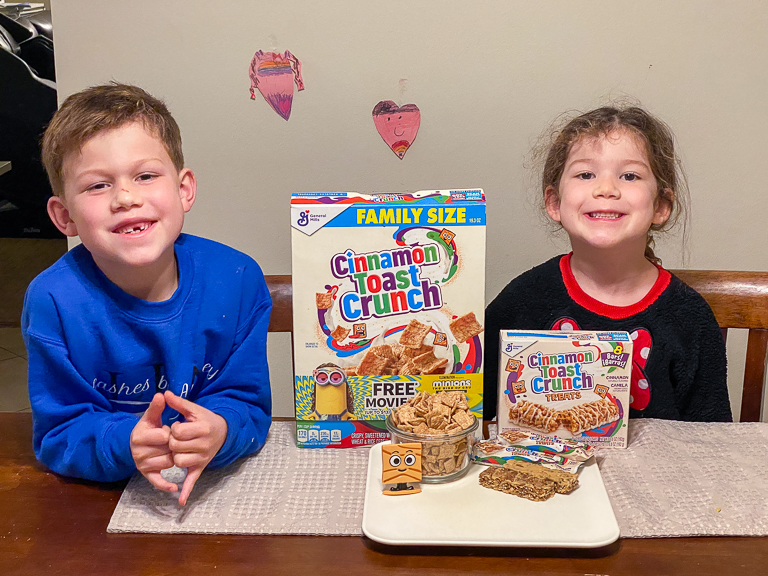 And like usual, we're comparing it to the real thing. Which treat will reign supreme? 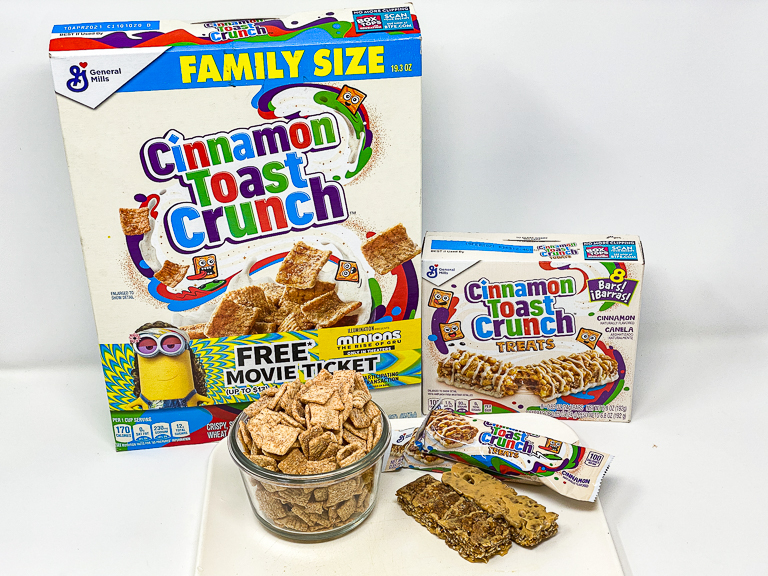 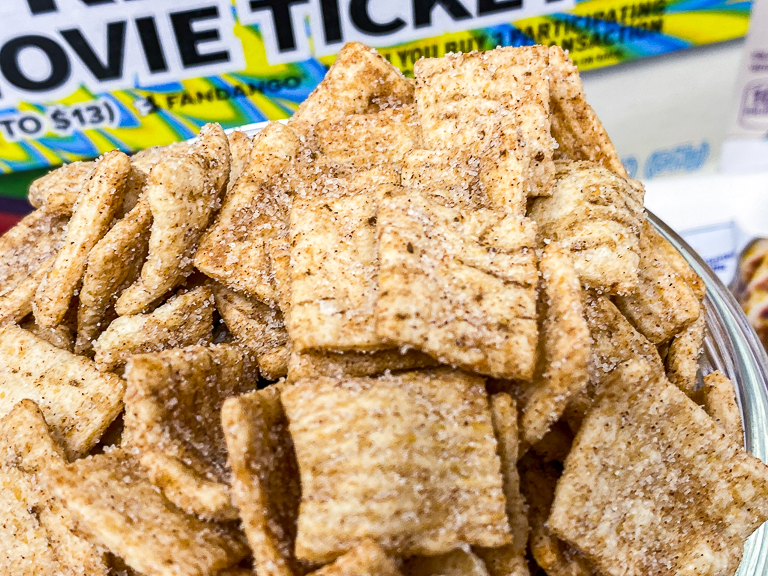 The treats... Um. Are we sure they packed these in the right box? I know things don't look like the picture on the box a lot of times, but this seems especially egregious. White drizzle? Not even close. White base? No way. There's no way there could be drizzle over the sides either. These look to be manufactured as a giant sheet, drizzled on top, and cut afterwards, meaning there's absolutely no way to get drizzle down the side. 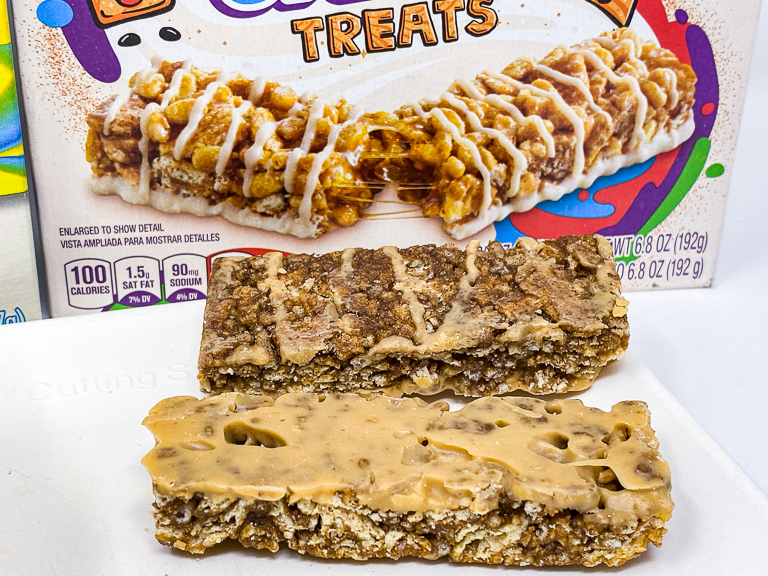 And what's up with the size of the bar on the box? I know it says "Enlarged to show detail" but doesn't that picture on the box look to be a few inches too long? But I guess it won't matter if it tastes good. 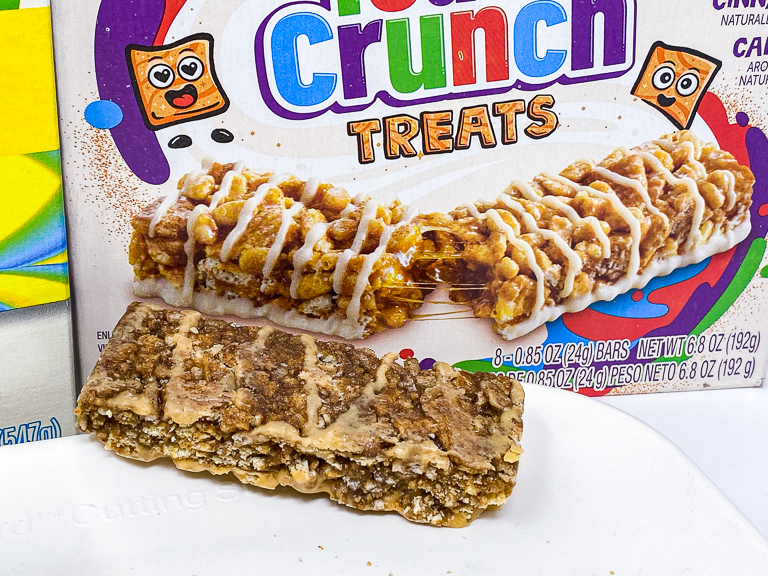 Oh hi Cinnamoji! The kids pulled him out of the Lucky Charms cereal box when we did that taste test. I knew he'd make an appearance in a future post. 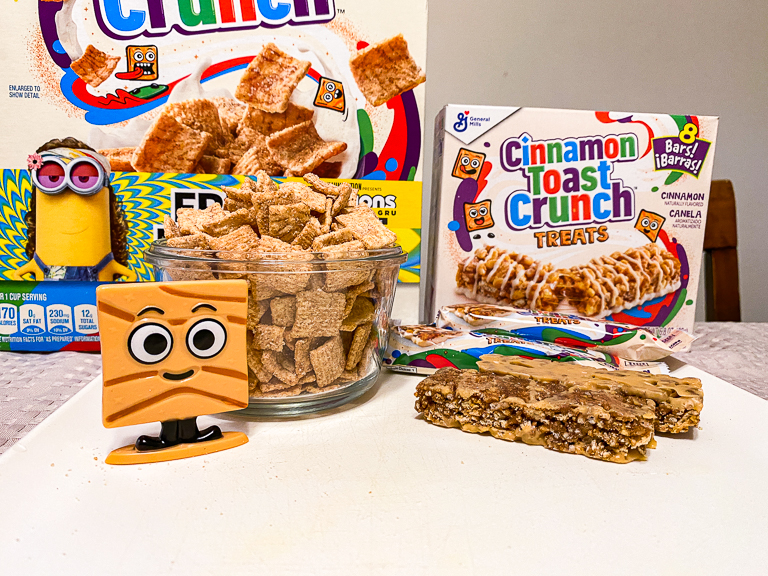 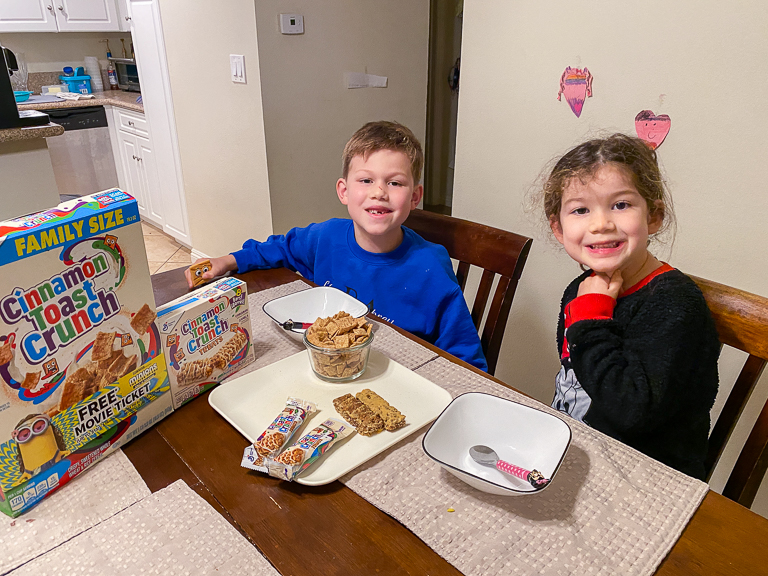 Ian isn't particularly impressed with the Treat Bars. I think they taste just okay, but there's a little bit of an odd flavor there. Taking some nibbles, the top part of the bar is fine. The bottom with the "Confectionary Coating" is what is throwing this taste off.
Theresa thought they had a bit of a protein bar flavor. Checking the ingredients, hmm, I see there's whey powder (the main ingredient in protein bars) in the confectionary coating. Maybe that's the oddness we're detecting. 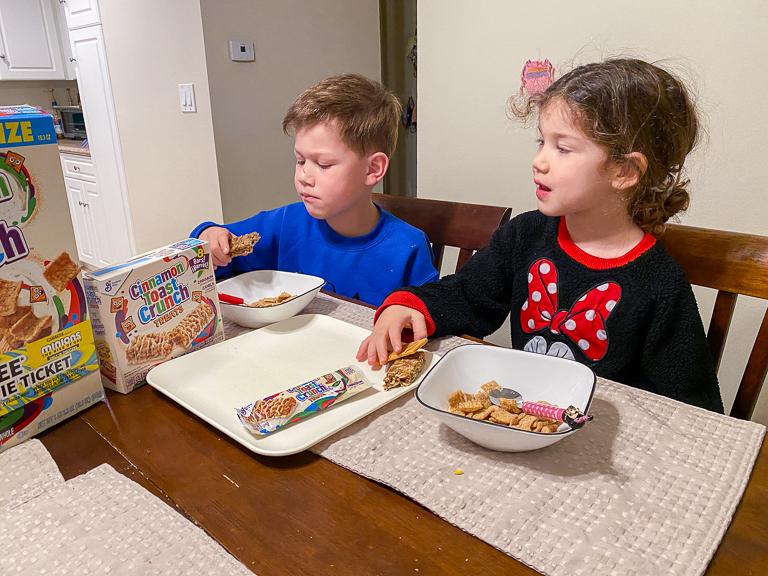 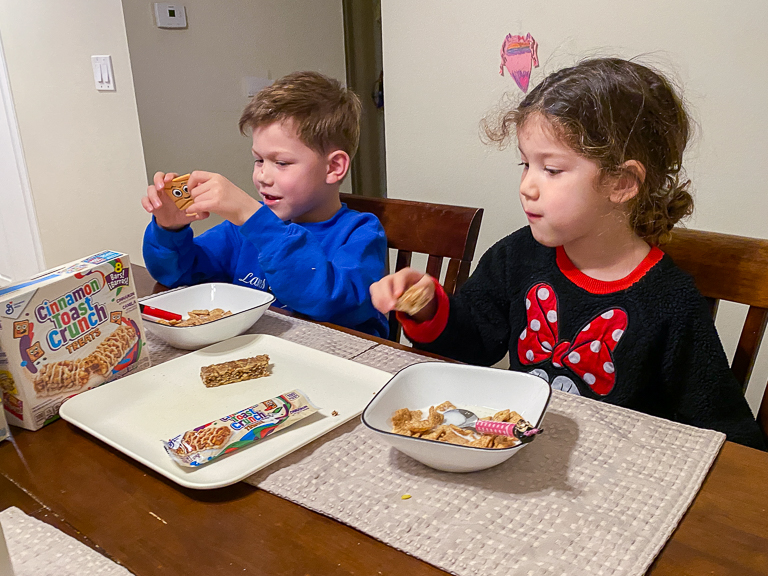 Oh yeah, the cereal is always good.
Now don't ask me how they remembered this, but from the back of the Lucky Charms cereal box Ian remembered that Cinnamoji has a super power. That super power is to turn regular milk into cinna-milk. Cinnamoji went to work and went to everyone's bowl working his magic. 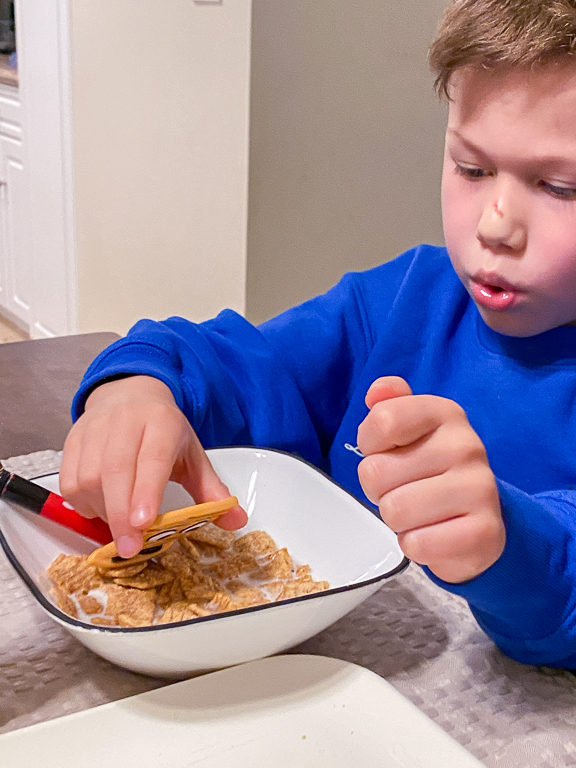 What do you think kids? Both thumbs up, but for different reasons. Ian loved the cereal. Alli liked the cereal but said that the Treat Bars were just better. When Ian didn't want to finish his, Alli asked if she could finish it. So a bit of a mixed bag today, but we're happy to have tried it! 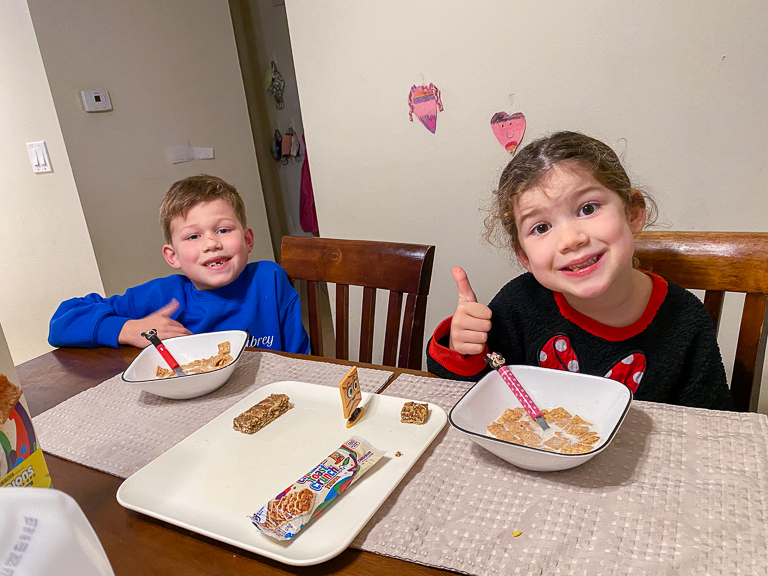