It's been a fun first couple days in Gulf Shores, riding bikes, going to Lander's, and playing on the playground. Let's finish this one out. 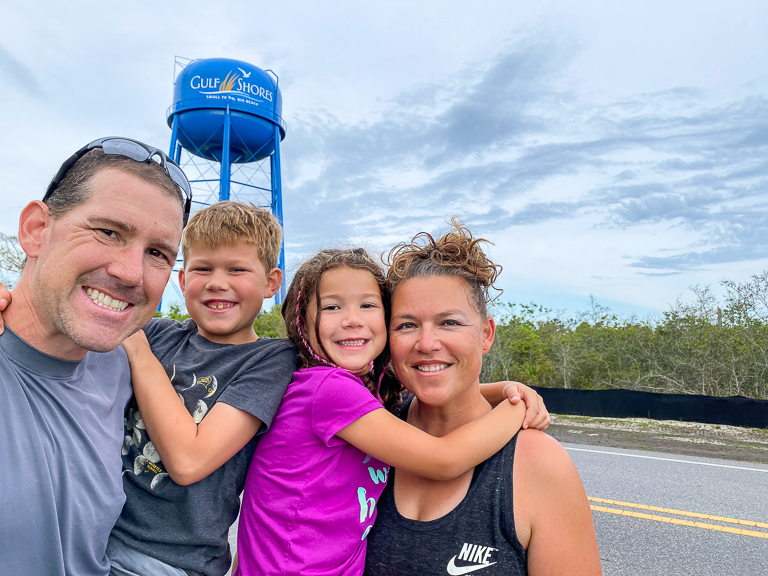 While Theresa ran into town, me and the kids enjoyed the amenities here at the park. Like the pickle ball courts. They are practicing and working on getting better. We did drills, then played a game against each other. 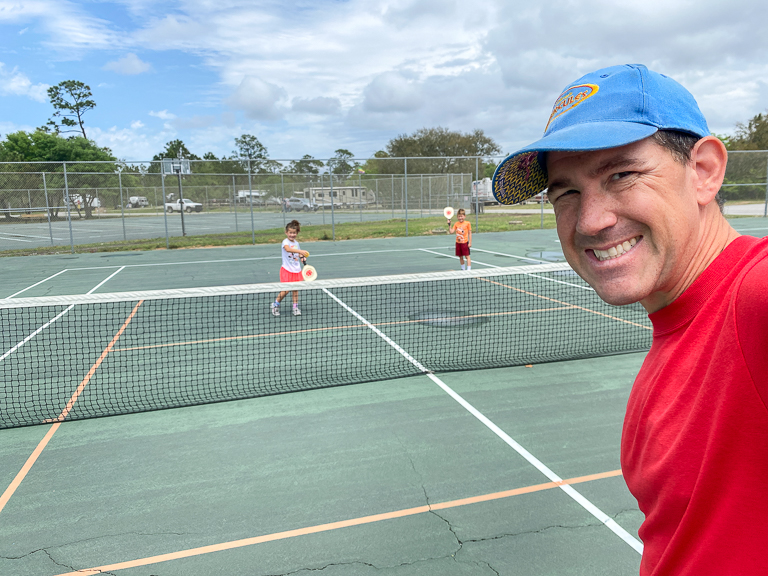 And played on the swings at the playground. 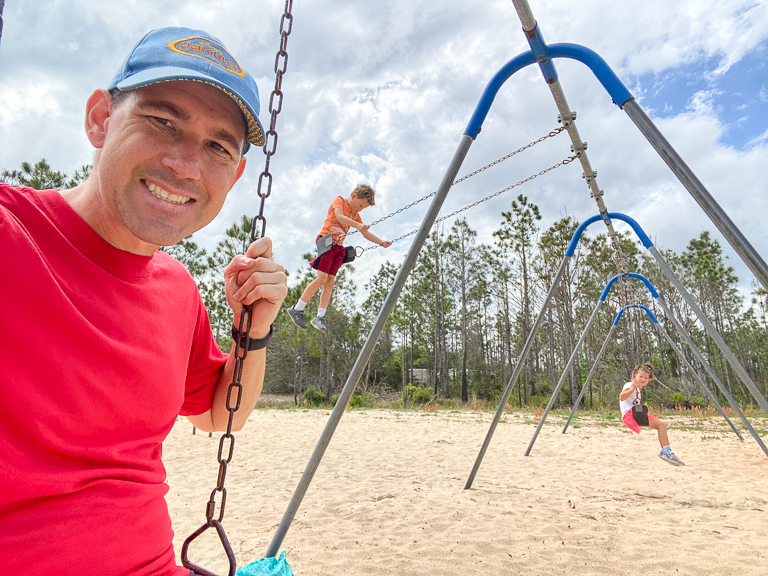 There's even a pool! 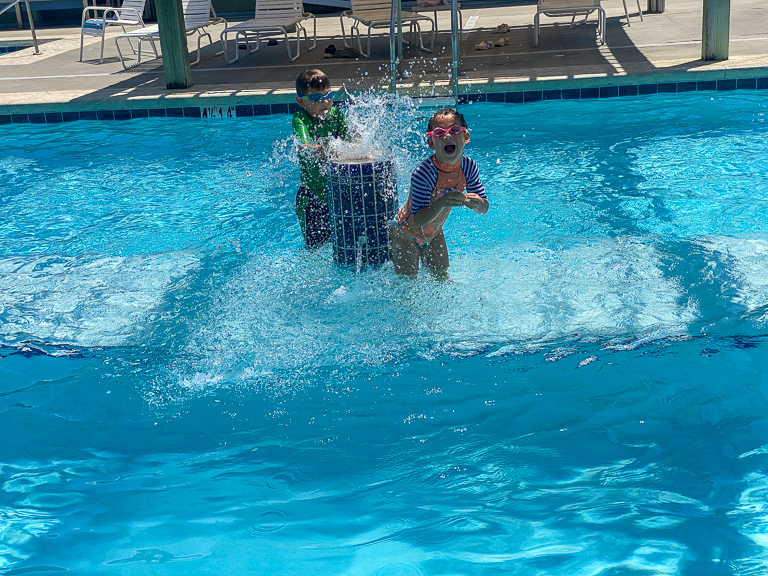 Theresa got back with groceries, and now the wind has started to settle and the skies are starting to clear. Let's go visit the beach! We could drive, but it's not all that far away. We could bike instead! 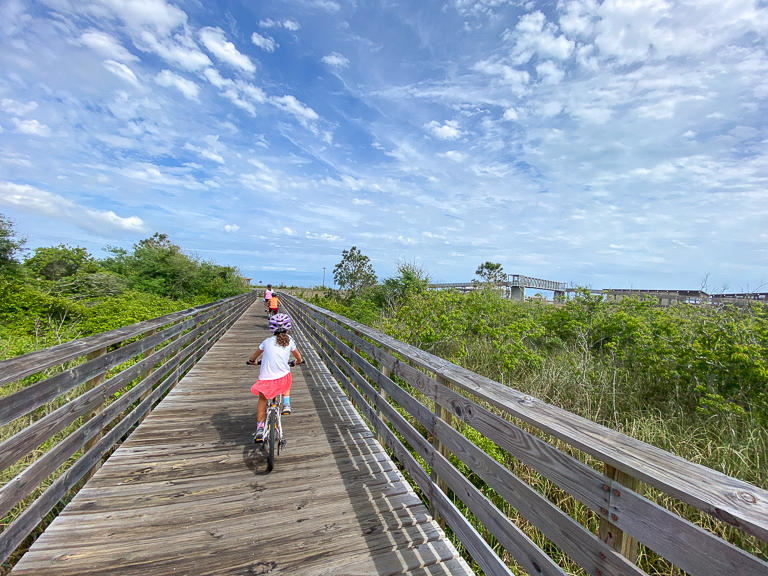 The sand here is beautiful. Soft and white. It's almost like powder. And it's really clean too. No trash around here. 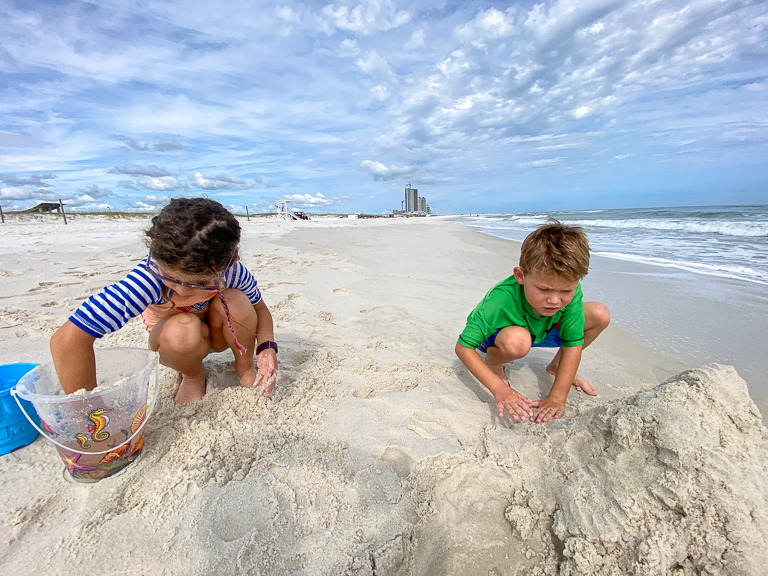 The water is still a little rough, so we're not going swimming, but we'll have fun playing in the sand and building castles. 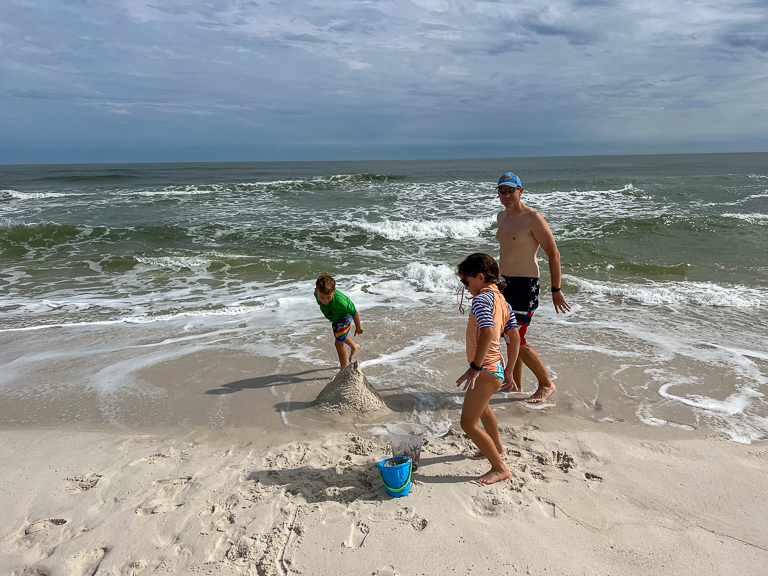 There were signs here saying not to dig down more than 12 inches, so we had to gather sand around to build up a pile. 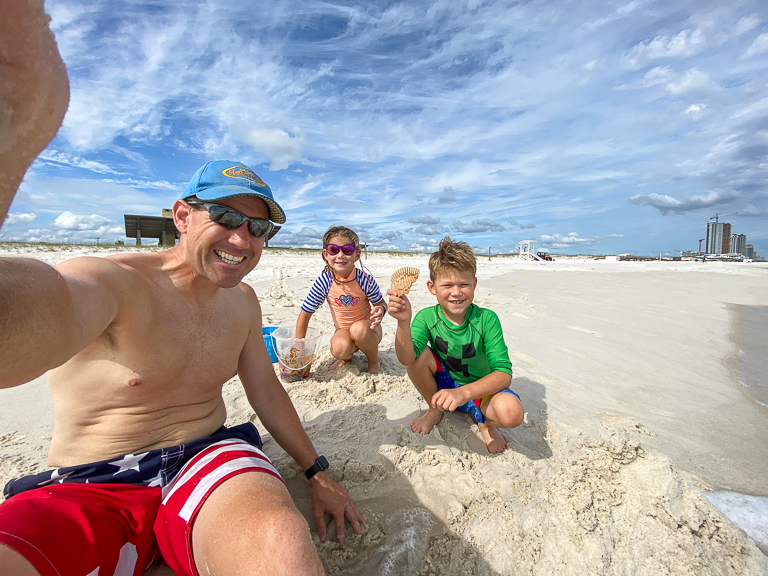 I wasn't sure if Ian would want to get wet or not, but he kept getting closer and closer to the water until he finally decided to lay down in it and get soaked. 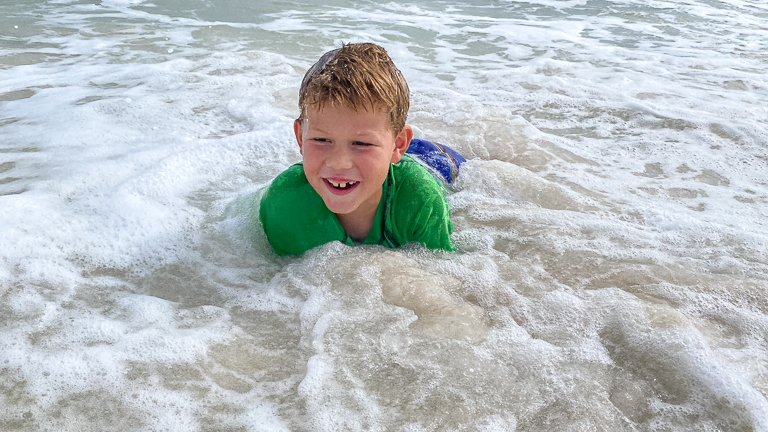 There's some pretty big seashells we've been seeing around here, so the kids went with Theresa on a long walk down the waterline. 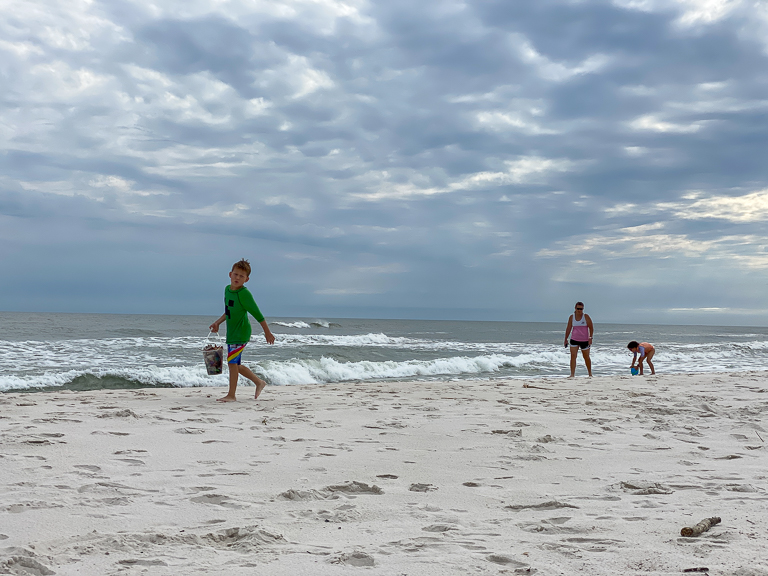 And they didn't see any Portuguese Man-O-War, but they did come across a few jellyfish in the sand. 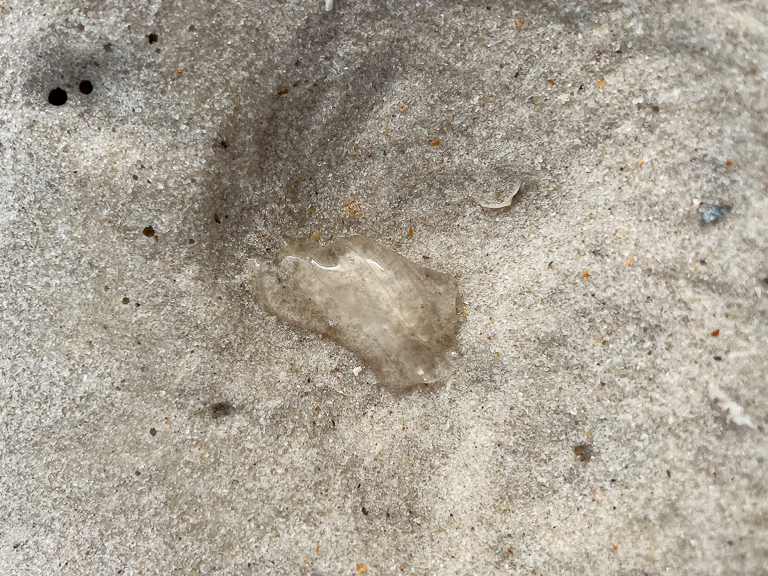 That's quite a few shells! 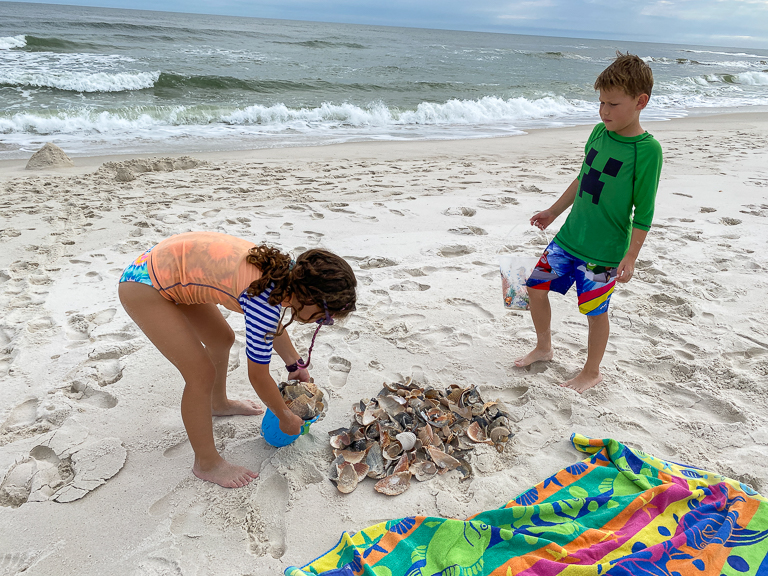 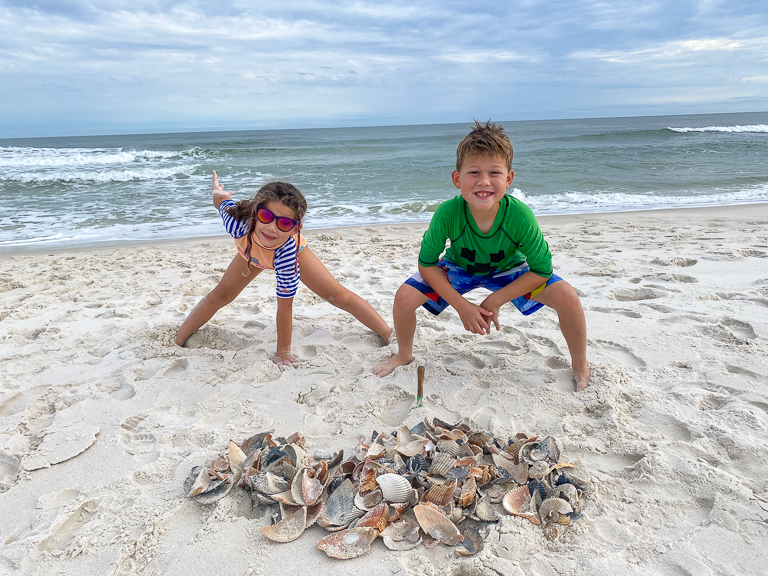 Ian noticed that they didn't have any of the purple flags flying, which would indicate that there are jellyfish in the area. He asked if they should let the lifeguard know that we saw some.
You're welcome to go let them know if you'd like.
He and Alli took off running to the lifeguard stand. 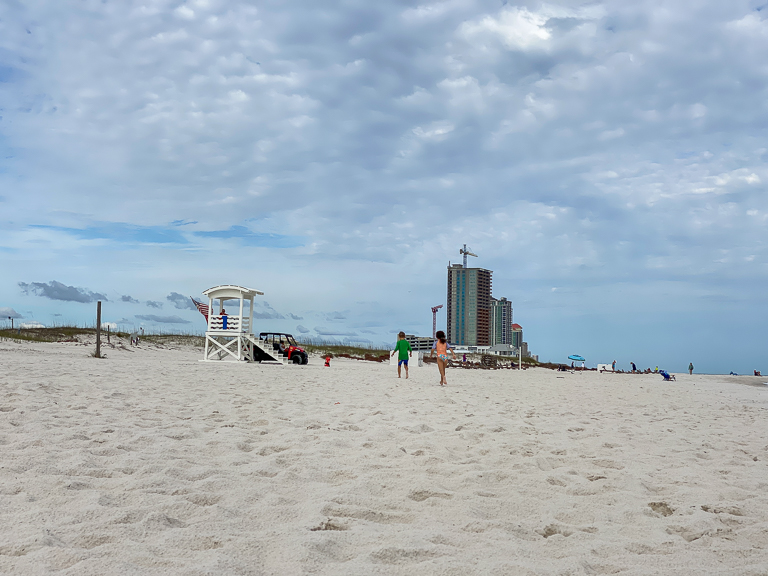 After chatting for a minute, they came running back. They said the lifeguard thanked them for letting him know. This area is their home, so there will likely be a few around. He'll keep an eye out and if they see more, he'll put out the flag. 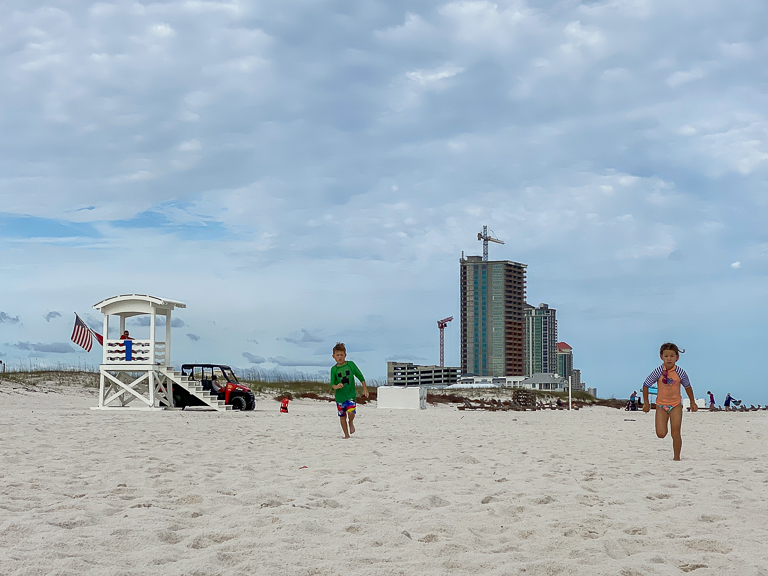 Even though the wind has settled, it's still enough to fly a kite. 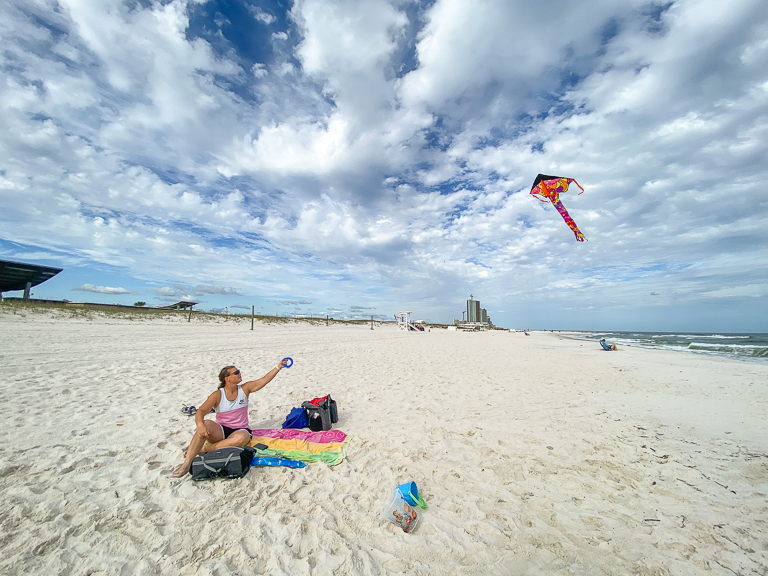 These kites from North Carolina and wonderful, staying in the air with no effort. 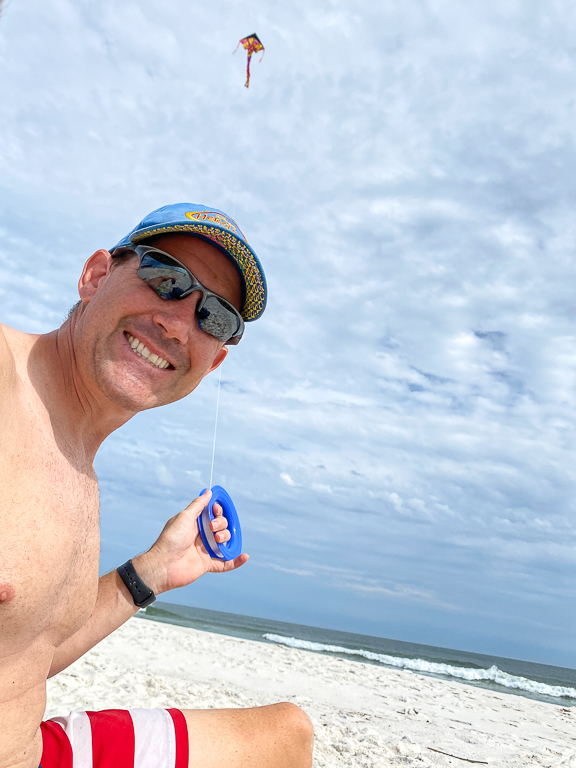 Before we get back on the bikes, Alli wanted to make a sand angel. You are going to need a shower when we get home. 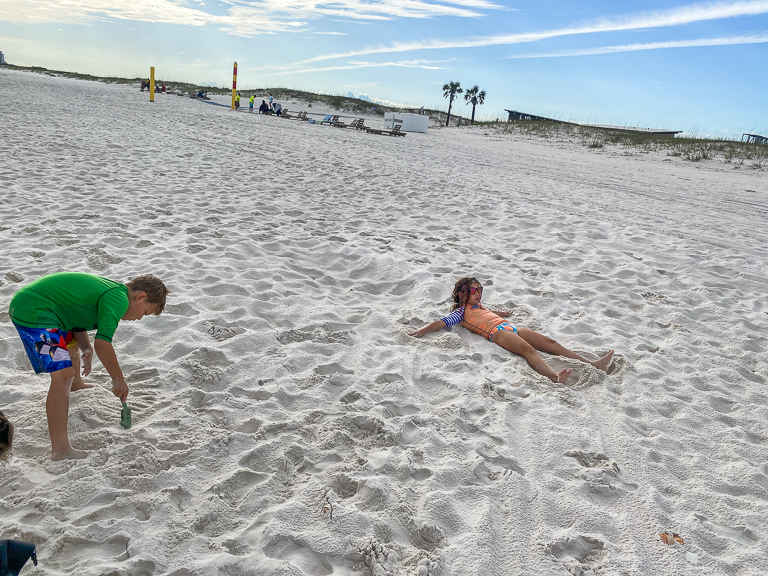 Let's go out for a treat. TCBY stands for The Country's Best Yogurt! 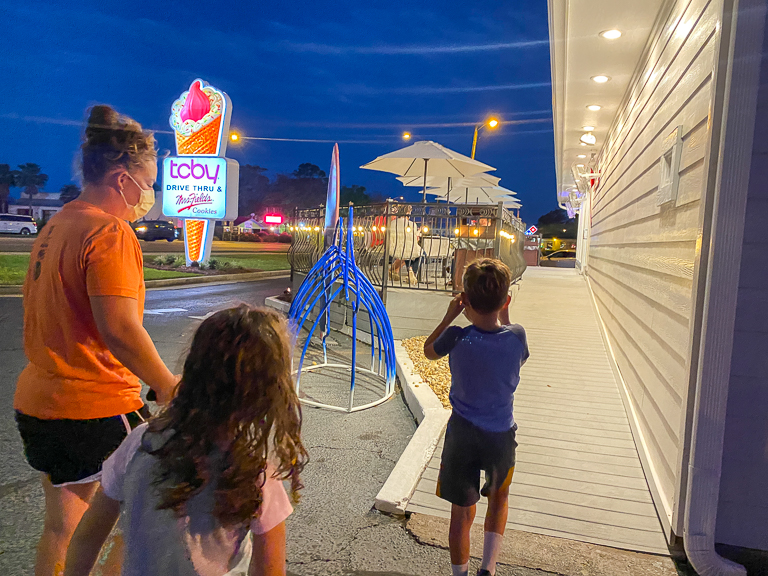 Instead of soft serve ice cream, they both wanted hand scooped ice cream instead of the soft serve. Ian opted for the Rainbow Cream, hoping it would be like Superman ice cream, but it was just colored vanilla. Fine, but not what he was expecting. Alli got one with sugar cookie pieces in it, which was tasty. 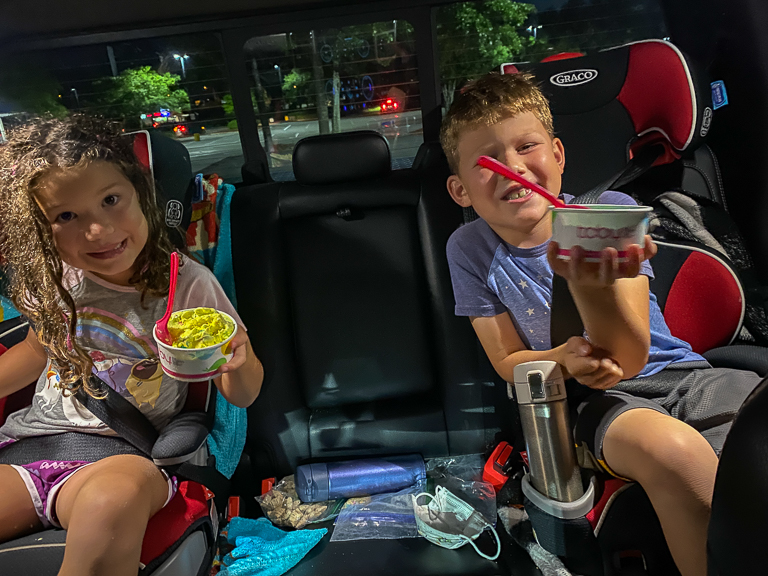 The next day, which would be our last full day here, we hopped back on our bikes to go explore. The kids loved stopping to play on the playground again. 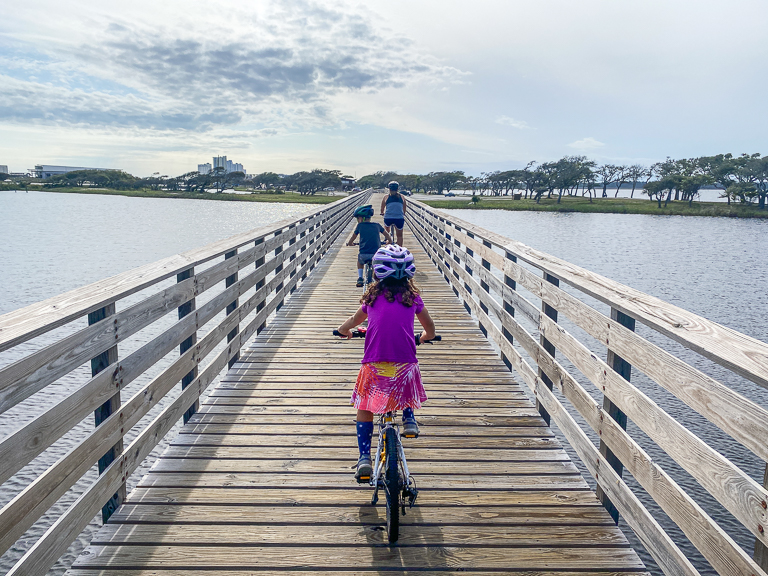 Then we parked and locked our bikes up at the Gulf State Park Pier. 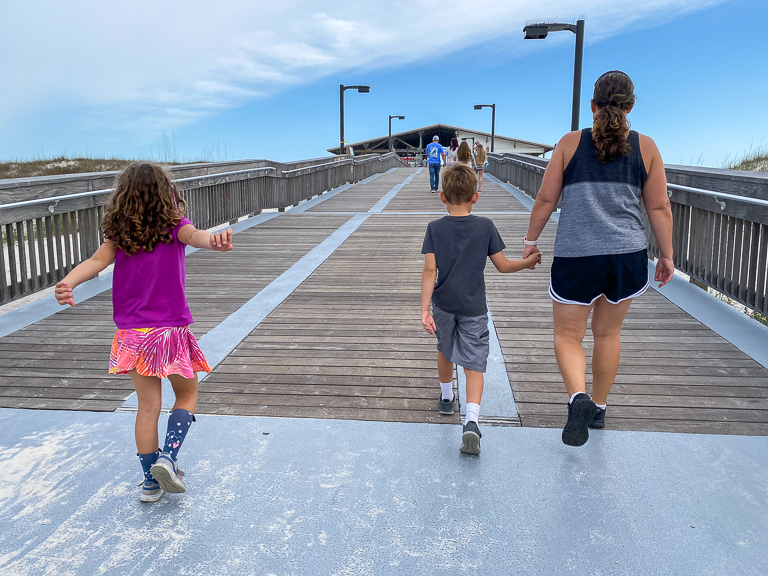 While riding we saw a tiny critter beside the bike trail. It must have been one of these Alabama Beach Mice. 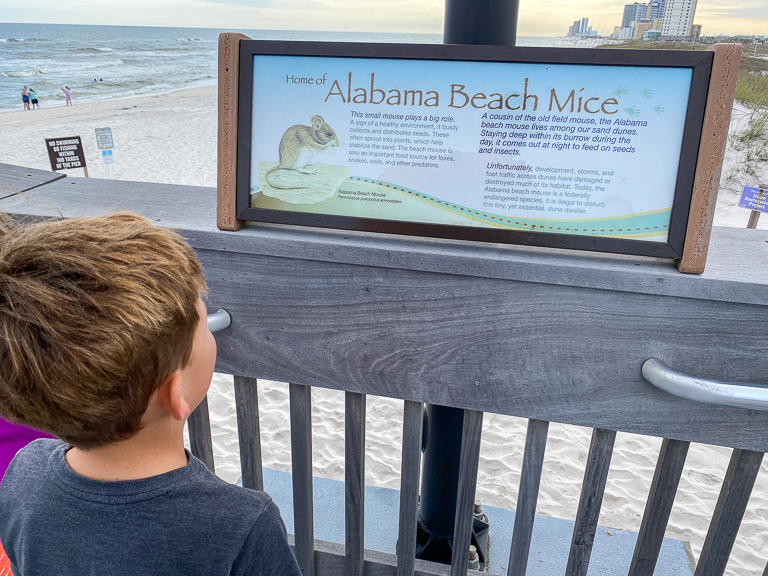 Ah, interesting. You have to pay to walk out on the pier. $2 per person, but we get in free because we're staying at the state park! 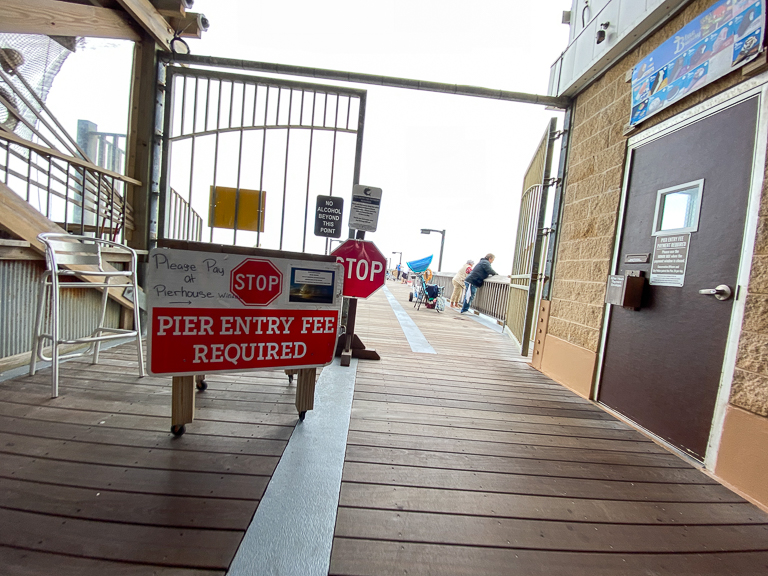 The pier was damaged back in September of 2020 by Hurricane Sally, and is currently stuck in the middle of a construction project. The lowest bid was double their projected cost and they are currently stuck waiting. In the mean time, half the pier is open for fishing, while just the birds get to enjoy the other half. 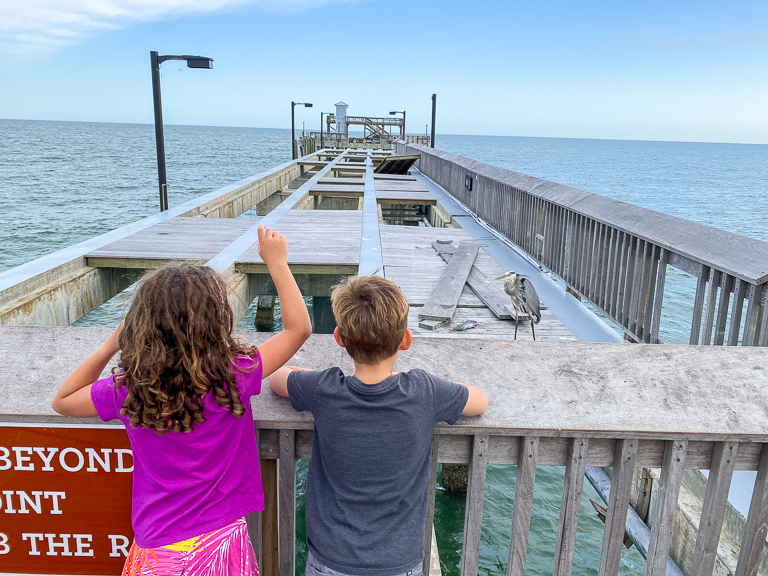 It's been a fun visit to the Gulf Shores! Tomorrow we drive someplace new! 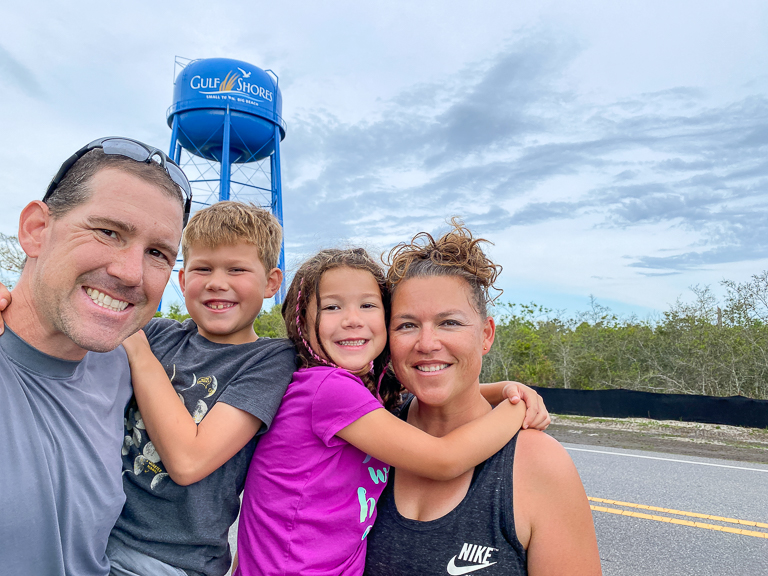