What is the best cheddar cheese? We do a blind taste test with our favorites.

Hmm, sometimes we get to wondering. What is the best cheddar cheese that we can buy? We've been sampling a few different ones and we've figured out most of our favorites, but which one is the best? 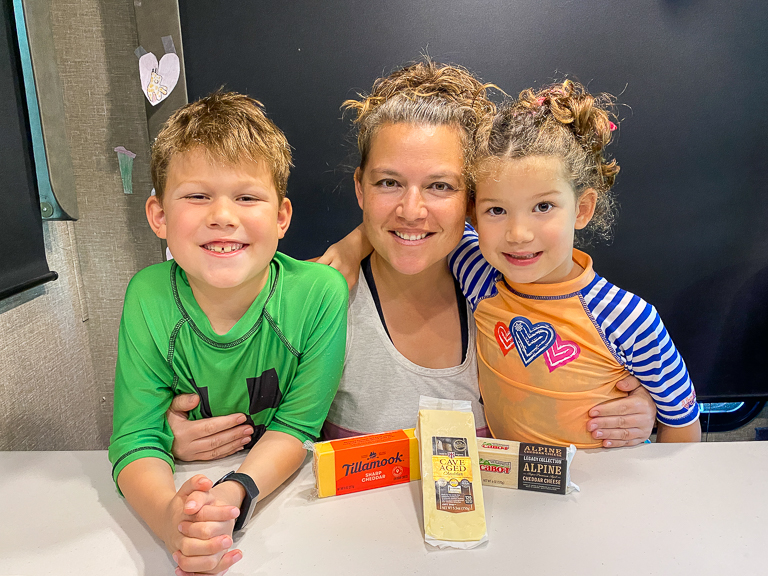 Today we have 3 different contenders.
1. Tillamook Sharp Cheddar ($6 per lb). Ever since moving into an RV and driving along the East Coast, Tillamook has been difficult to find. It was our go-to cheese when we lived in California, but in Florida we've only been able to find it at random Sam's Club stores.
2. Cave Aged Cheddar ($12.05 per lb). Made in England. Aged in Caves. Found at Aldi.
3. Cabot Legacy Collection Alpine Cheddar Cheese ($7.05 per lb). Back in January, we tried 9 different Cabot Sharp Cheddars and this was our favorite. It's totally appropriate to have it as part of today's comparison. 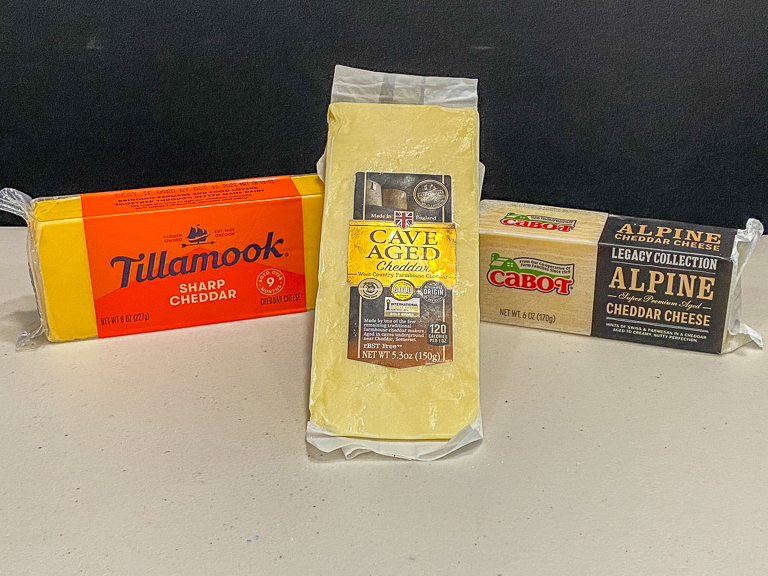 Milk, salt, rennet, and cultures. That's all it takes to make cheeses. Age and temperature will give it character. 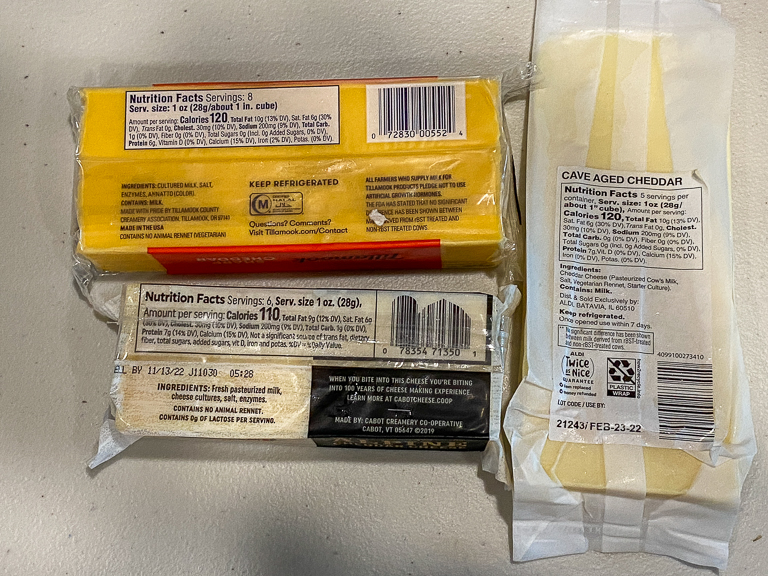 The Tillamook is a sharp cheddar cheese that has been aged for over 9 months. It's the only orange cheese in our test today. And even though the orange is what I think of when I think cheddar, it's always an added color. Cheddar is naturally white! 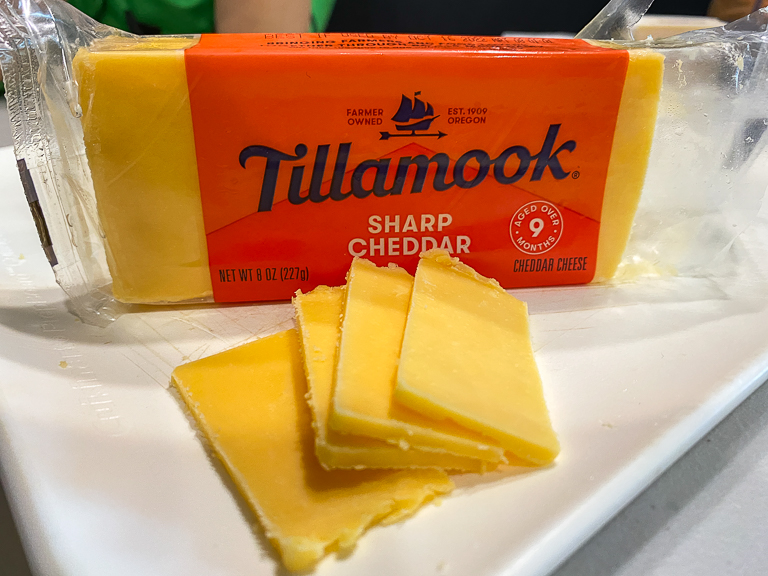 For our next cheddar, we've spent the last few weeks trying lots of different cheeses from Aldi. Even though they are a discount grocery store, they have a really robust cheese section. We ended up trying 5 different cheeses before choosing our favorite among them. 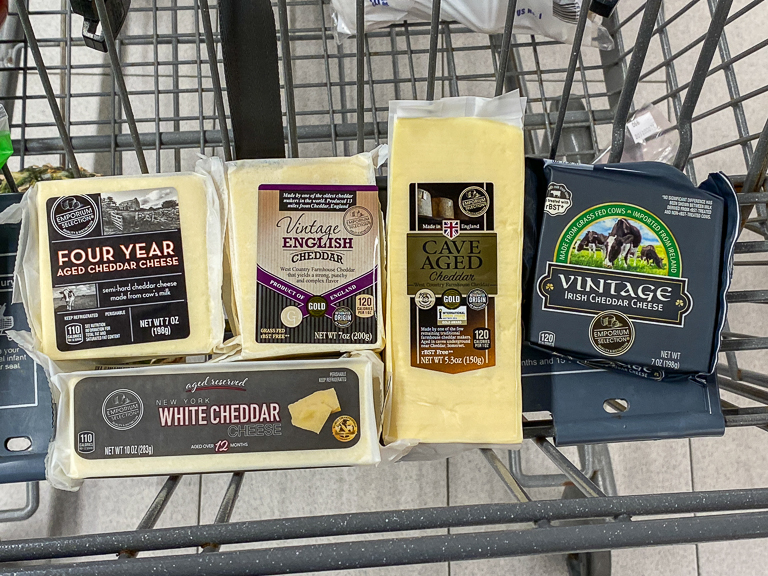 Which turned out to be this Cave Aged Cheddar imported from England. 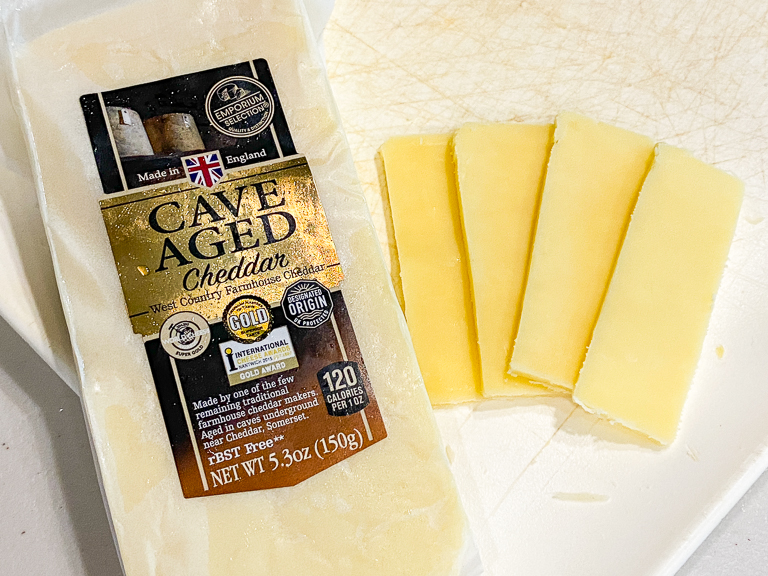 And finally there's the Cabot Alpine Cheddar Cheese. The milk for their cheeses comes from their farmer's co-op, which means the milk for this cheese just might have come from our friends the Coutures and their Dairy Farm and Maple Sugar House. 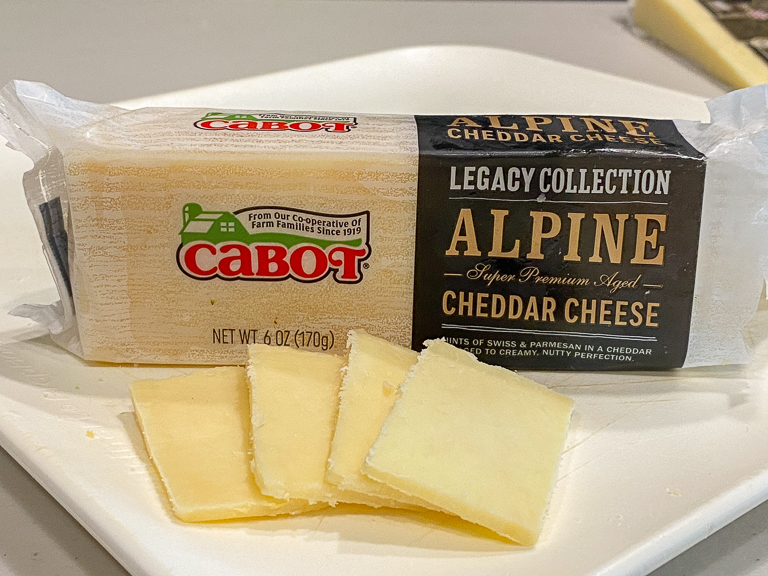 So we've got three different cheeses, but it's obvious which cheese is which. There's only one solution. 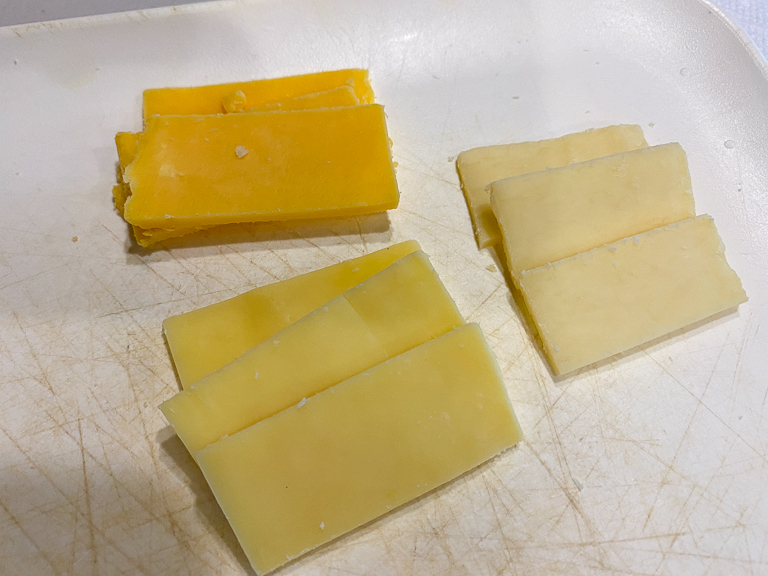 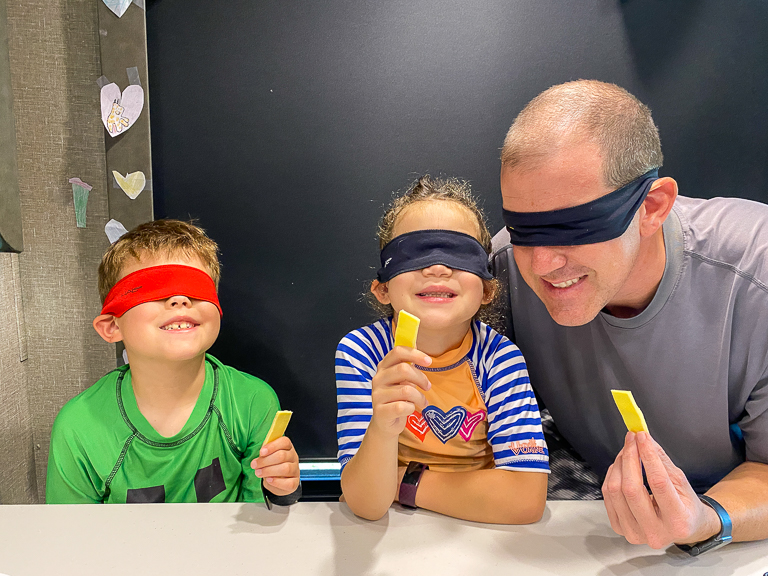 Having tasted these cheeses before, we still had a pretty good idea which was which. They're different enough that you can tell.
1. Our first cheese tastes really good according to Alli.
Theresa - It's creamy, but has some parmesan notes. I think it's probably Cabot Alpine.
2. Theresa - Hmm. I know what that is. It's very mild.
Ian - The best so far. This is Tillamook.
3. Theresa - This has a much stronger flavor. Very creamy too.
Joe - All of these cheeses have been creamy instead of crumbly. Not like those super aged cheddars that are dry. 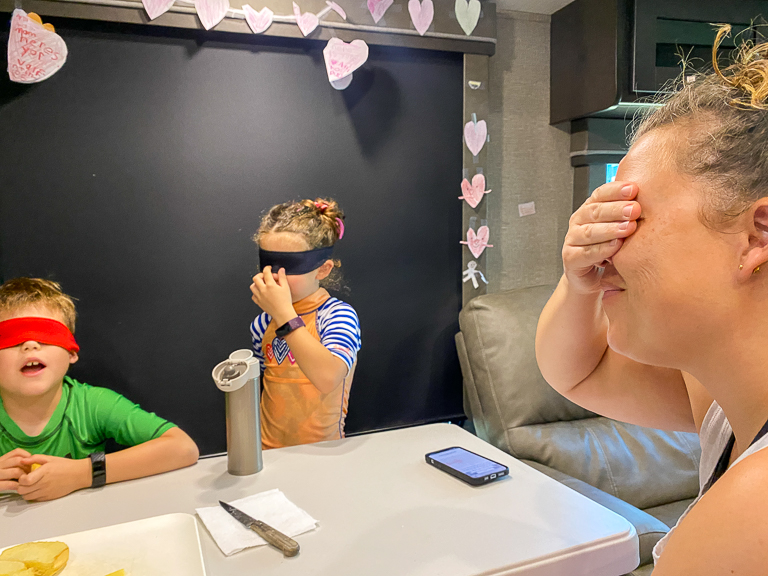 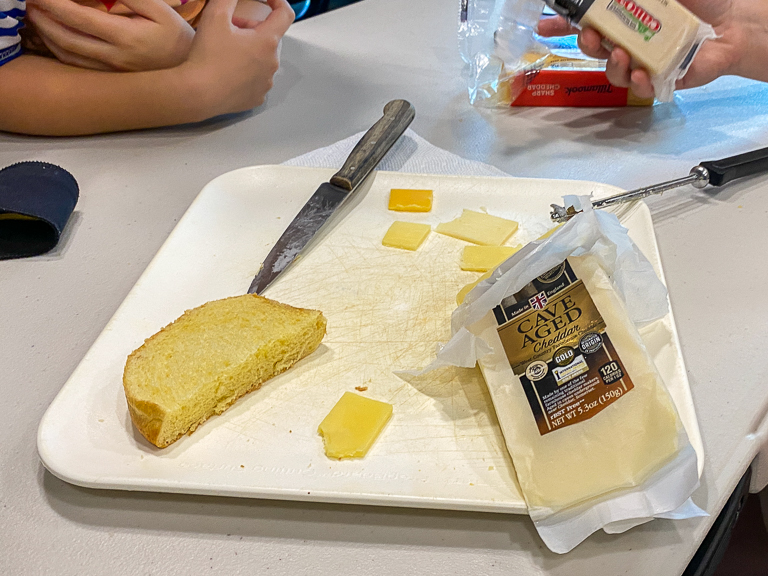