Taste tests and traveling are kind of our thing. If we're visiting family or friends, it's always fun to bring something along to try together. The kids recently got these Sour Patch Kids Snack Packs in their Easter basket and I thought that would be the perfect thing to try with everyone! 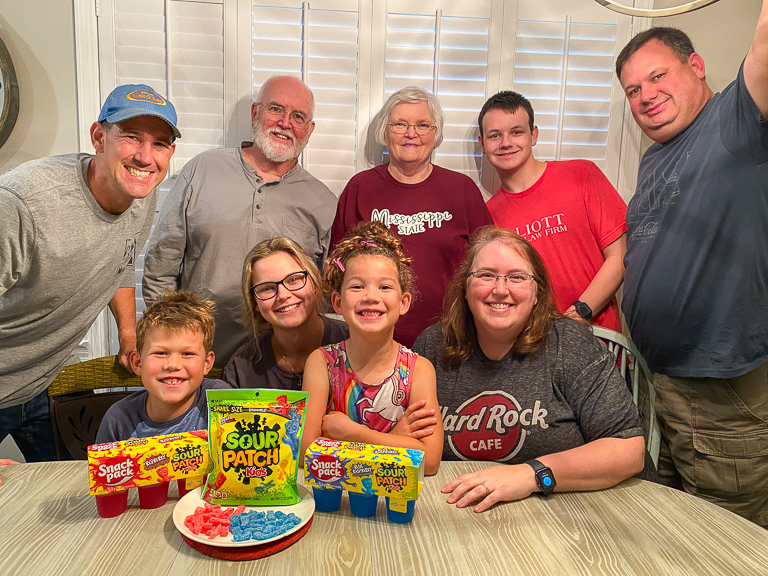 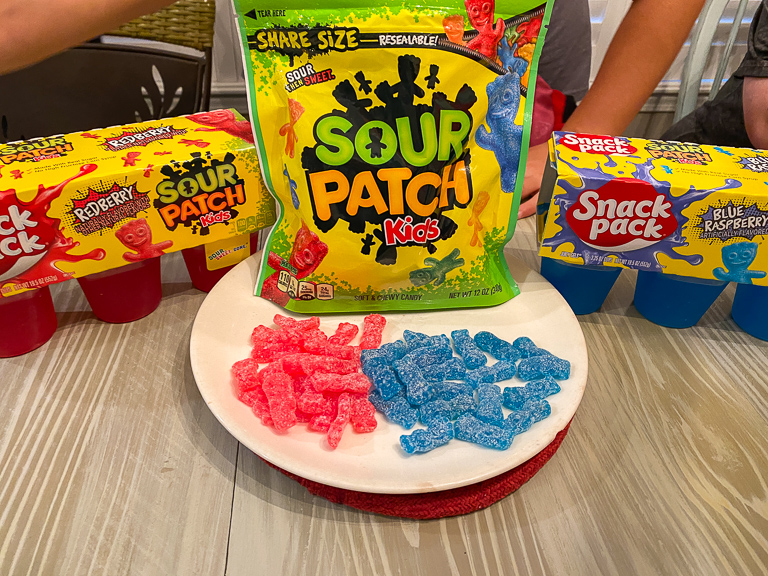 Custom Sour Patch Kids? Along with the regular flavors you can also get White Pineapple, Pink Strawberry, and Grape! 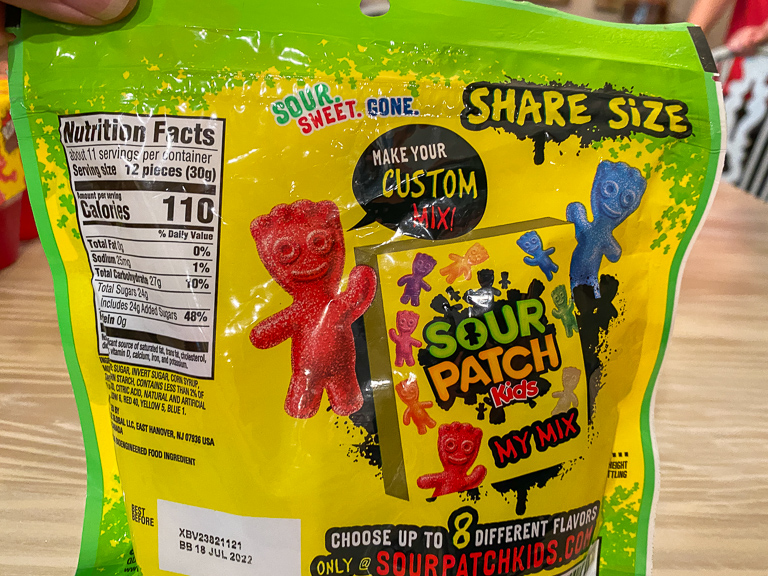 I like how they've incorporated those Sour Patch Kids into the lids of the Snack Packs. Bright yellow colors with the kids on front. 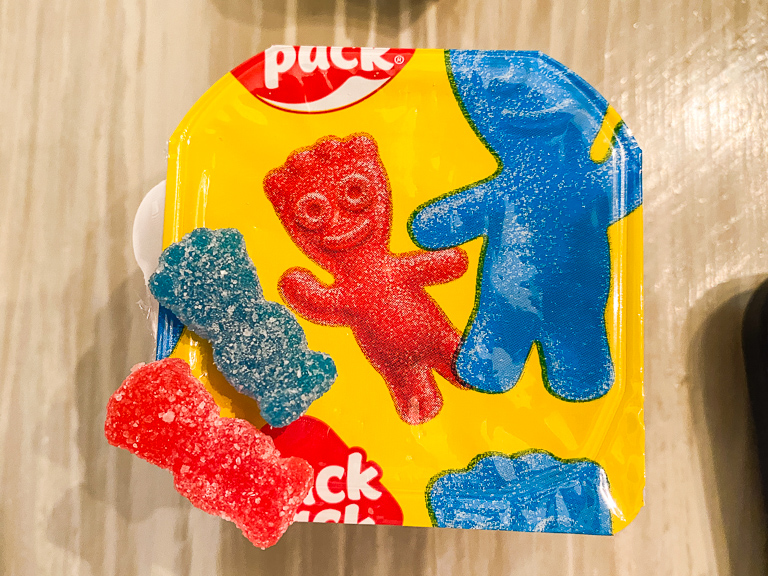 To me, they didn't do a great job at mimicking the color. The red is a little too dark and the blue is a little too bright. I see that this is all gelatin with no extra sugar or chewy bits. I have some concerns about how this is really going to be Sour then Sweet if this is all the same consistency. 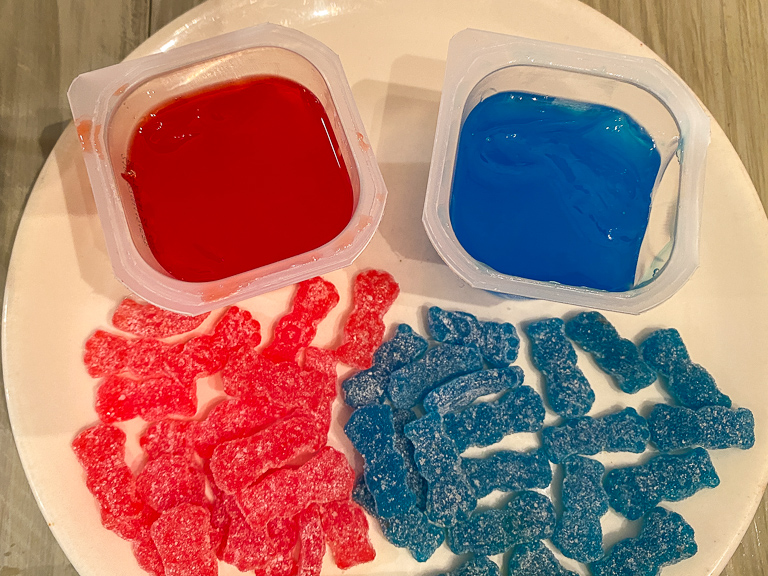 Let's give Redberry a try first. 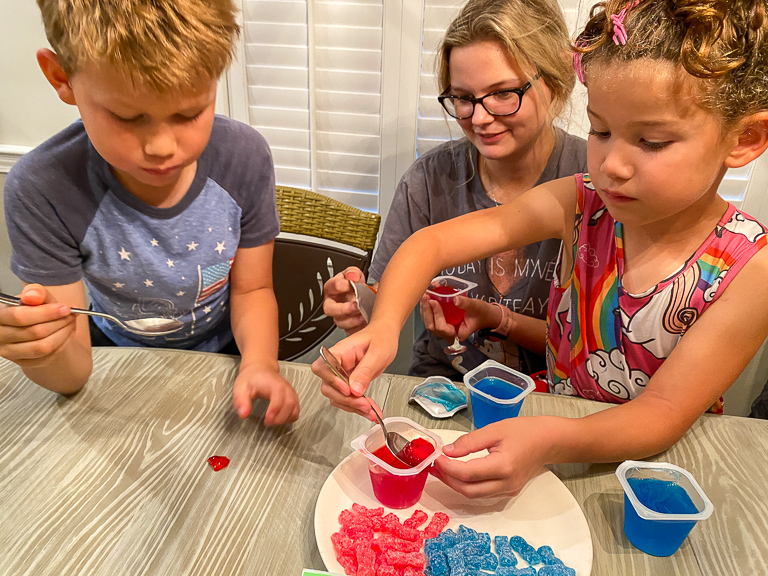 Wow, they actually did a good job at getting the flavor of Redberry right. 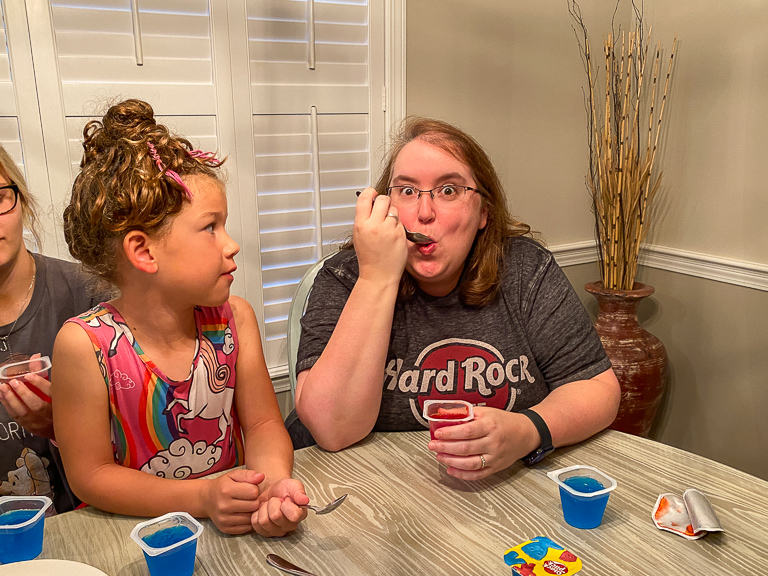 It's got a little bit of sourness to it, but they've done good getting that Redberry flavor. I'm impressed! 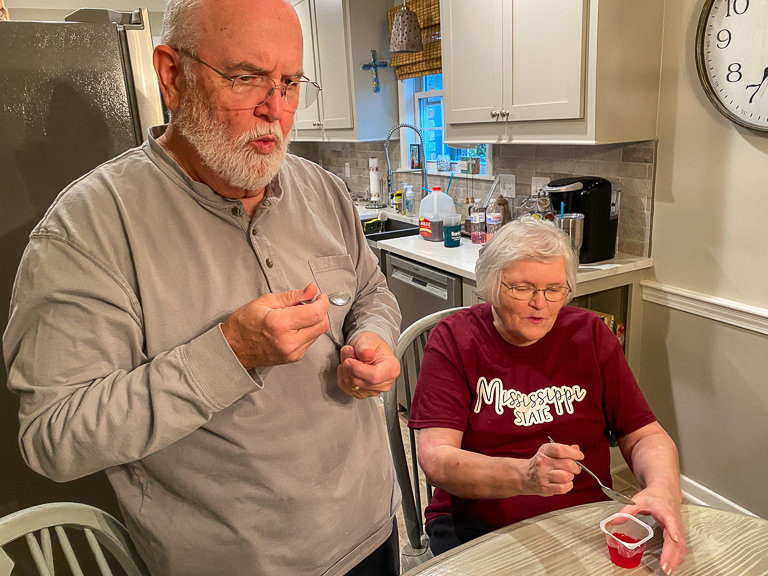 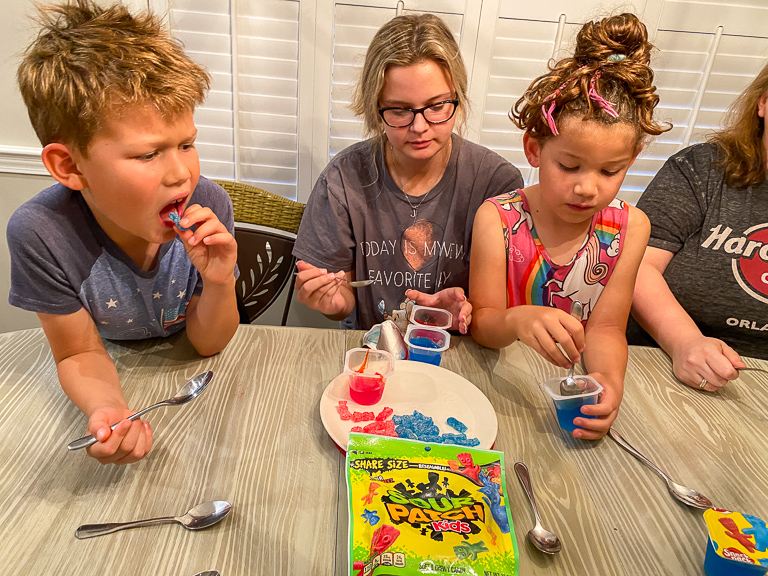 Well. That's just a generic raspberry flavor. It's not even sour. There's nothing in it that would make me think Sour Patch Kids.
Theresa doesn't like the Blue Raspberry at all. Aunt Donna thinks the Redberry is a whole lot better. 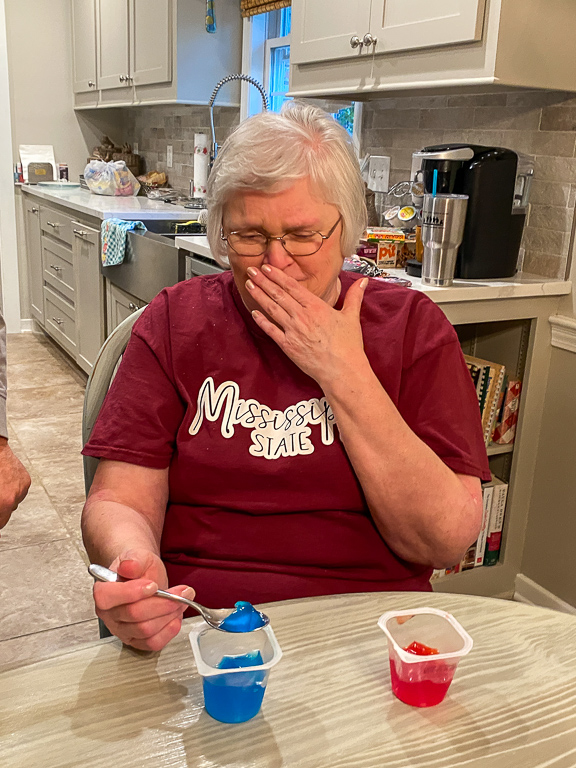 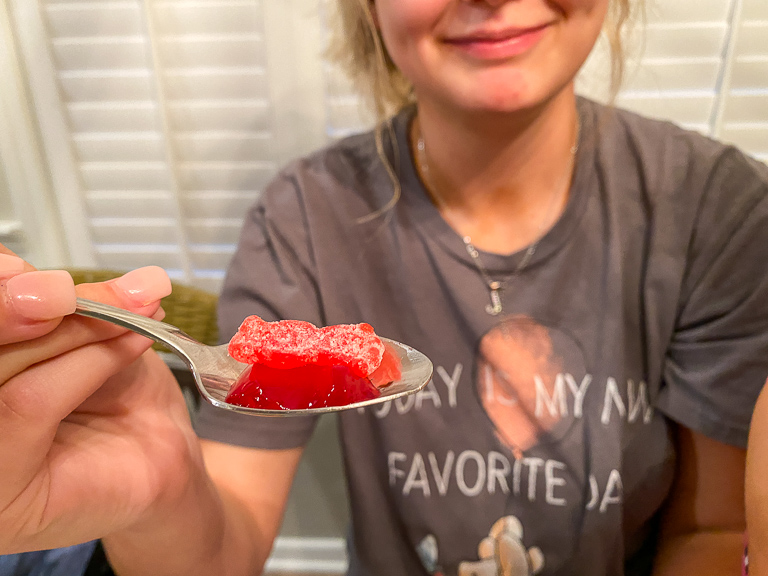 The sugar crystals and gummy texture differences make a big difference in how much we like these. The original is good, but it could be so much better! 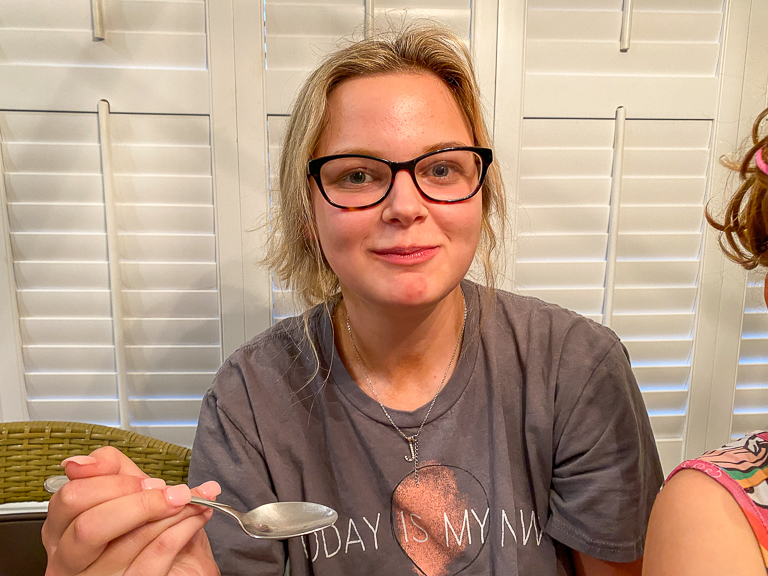 That works Alli!
Theresa - That's one of the better gelatins I've had.
Abby - The red jello tastes the most like the candy.
Sharon - Both are good.
Joe - It's nice to have the extra sourness.
Zack - The sourness balances out the sweet.
As far as favorites overall, what's the best? Candy or Jello?
Redberry Candy - Gary, Joe, Alli, Theresa
Redberry Jello - Ian, Donna
Blue Raspberry Candy - Sharon, Abby
Blue Raspberry Jello -
Orange Candy - Zack (that's not even an option!) 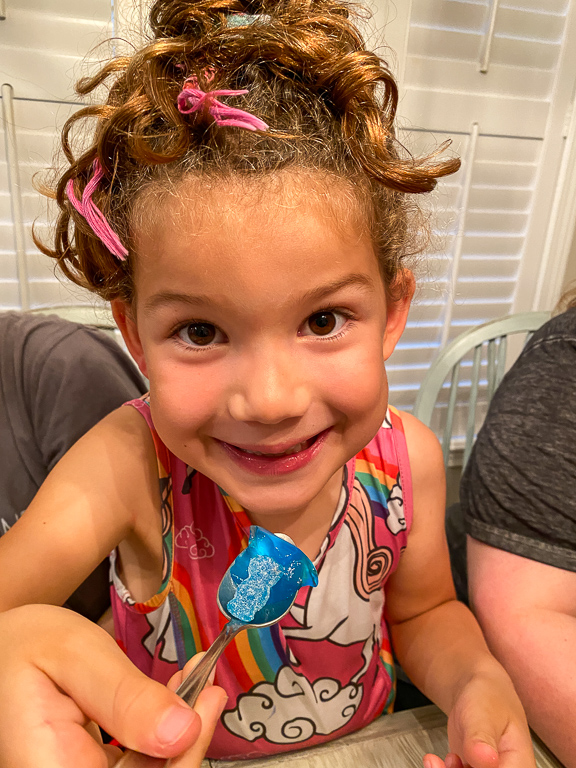