So when I saw that the people from Candy Pop were making Sour Patch Kids Popcorn, I knew we'd have to try it. And like usual, we'll be tasting it alongside the real thing and see how they compare. 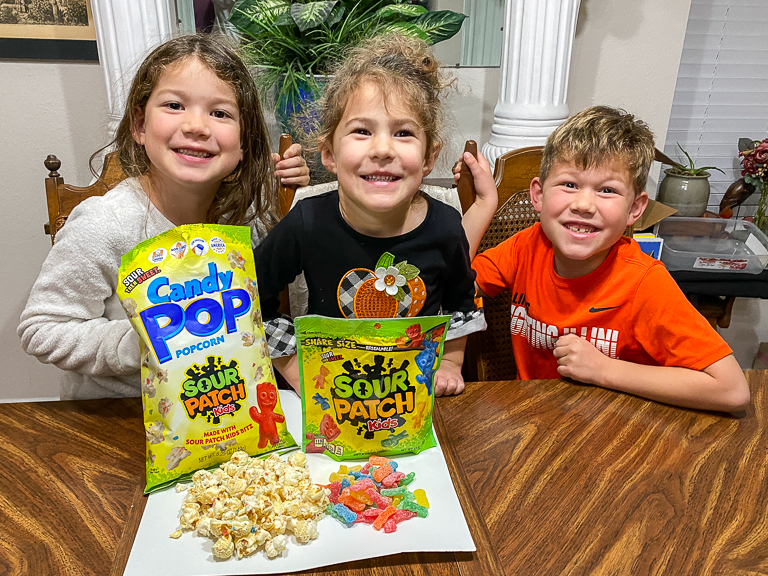 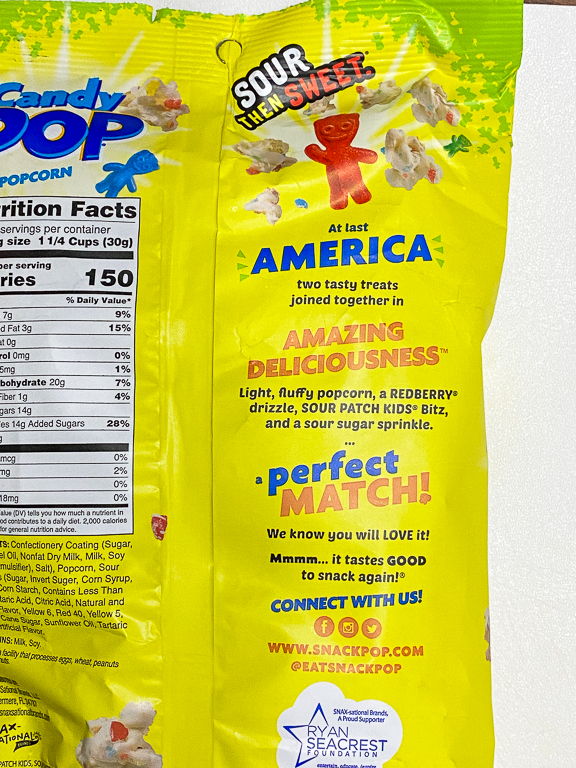 Here's a close-up of the popcorn. There are little bits of Sour Patch Kids Bitz scattered all over the popcorn. It's like confetti popcorn. It's colorful. I'm not seeing that promised Redberry Drizzle, though I do see a white drizzle. 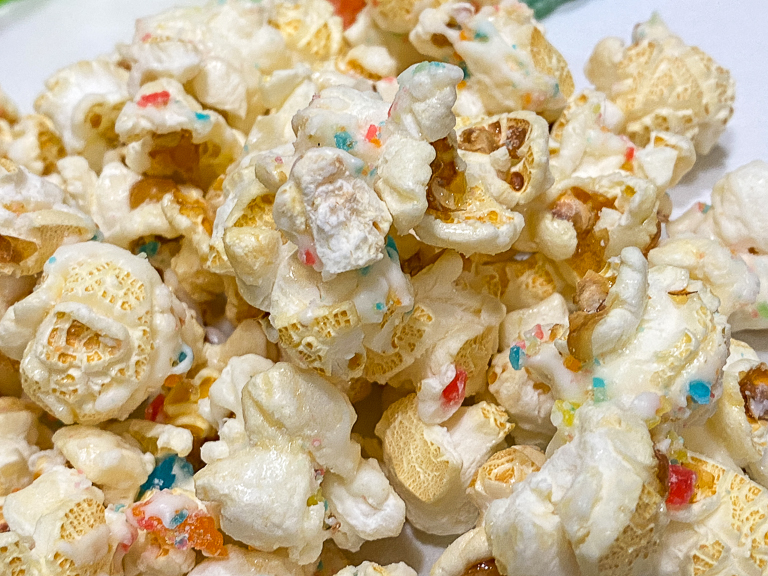 Let's all give it a taste!
The kids thought it was delicious. It's sour and sweet popcorn. What's not to like?
The adults on the other hand had a different opinion. Theresa said it was like she thought it would be. Popcorn with chewy bits of candy on it, which is not a good combination. Sounds like something my kids would put together, but not me.
Patrick said it was like gum. You chew it, and then you chew chew chew it some more. Not quite the popcorn experience he's looking for. Megan was of a similar mind.
Gram, Pop Pop, and I thought it was just okay. Not terrible, but nothing amazing either. 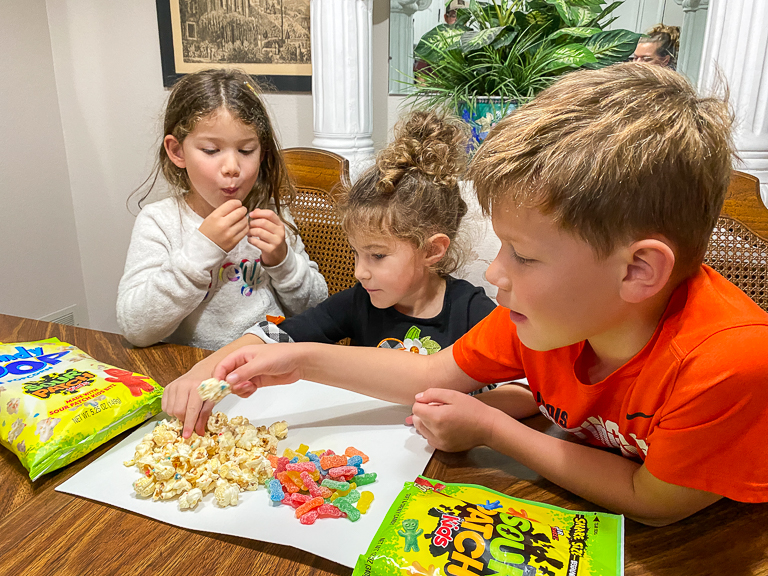 Time to try the candies.
Avery - This is my sour face.
Ian - Can I try one of each flavor?
Theresa likes the Sour Patch Kids much better than the popcorn. 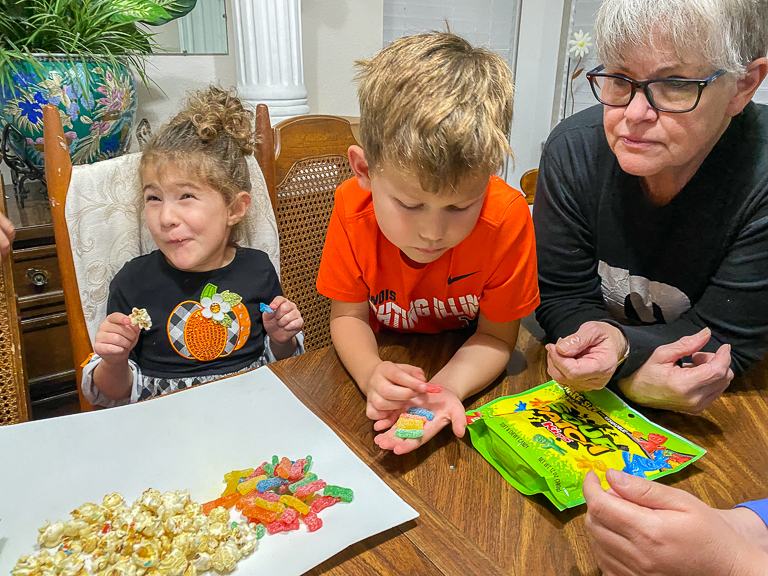 Both the candies and the popcorn were big hits with the kids! 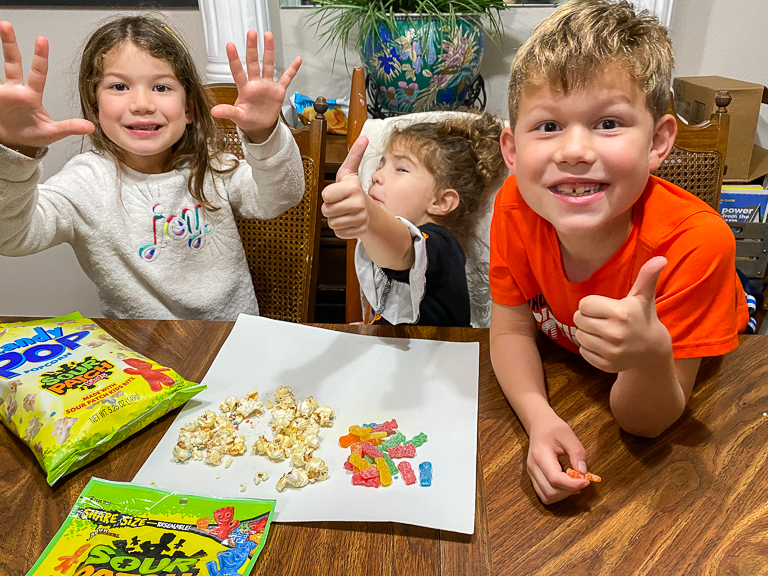