We've been trying a few different flavored milks lately, but this is a unique one! Milk that has been flavored like a Creamsicle! 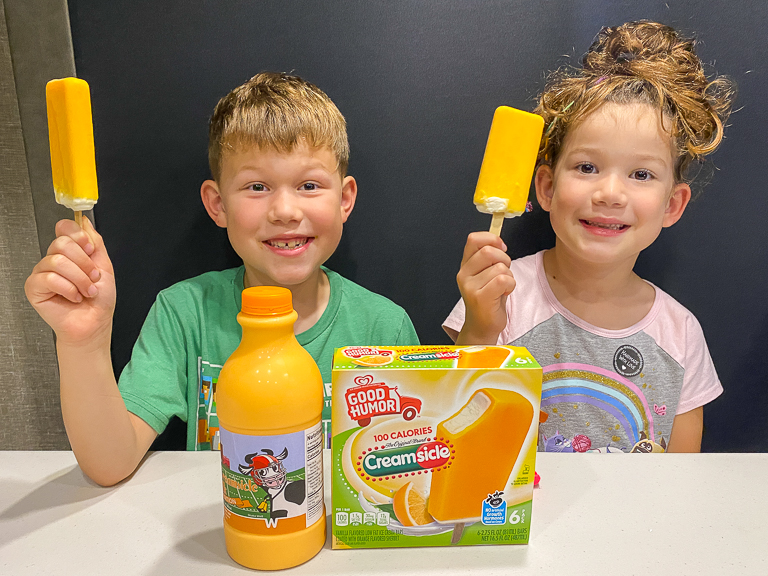 And so, like we always do with these kinds of taste tests, we had to pick up a box of the original Orange Creamsicle bars! They are delicious! I hope the milk can live up to it! 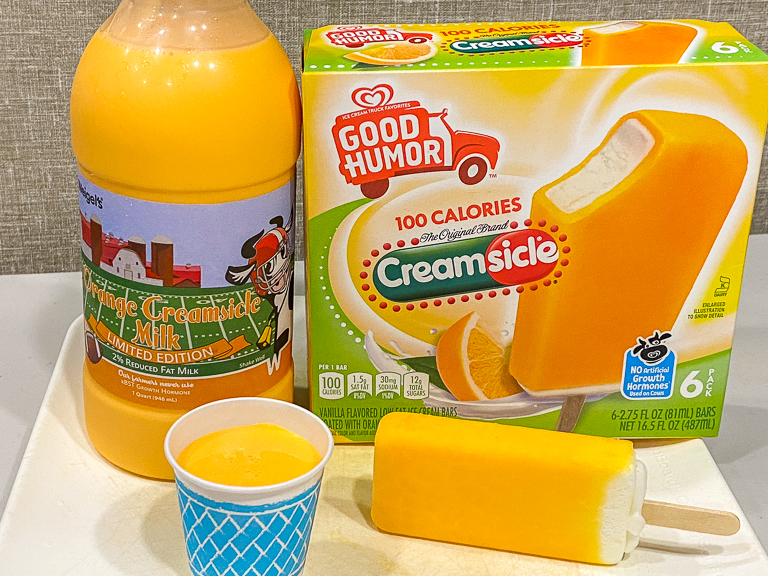 As we were driving on the freeway through Kentucky on the way to our next RV stop, Theresa and I both saw a billboard on the freeway advertising orange creamsicle milk! Okay, they've got my attention. I wonder if there's a Weigel's gas station nearby.

After parking the RV, I took the truck back out to get gas before the next day's long drive. And hey! There's a Weigel's! Inside the cold case were a few different flavors of milk including the Orange Creamsicle Milk I was looking for! 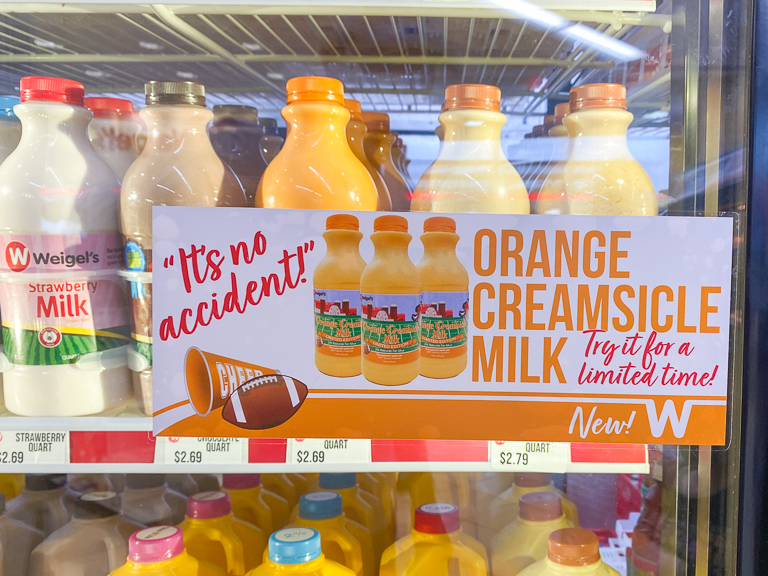 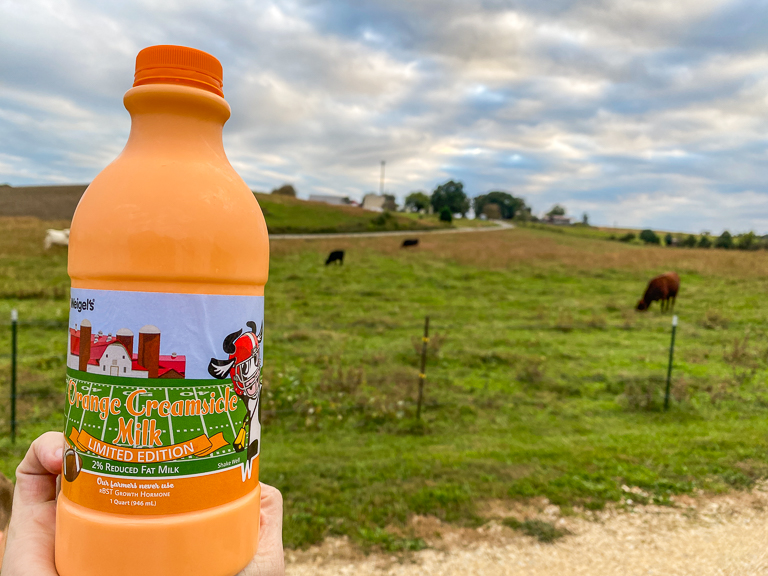 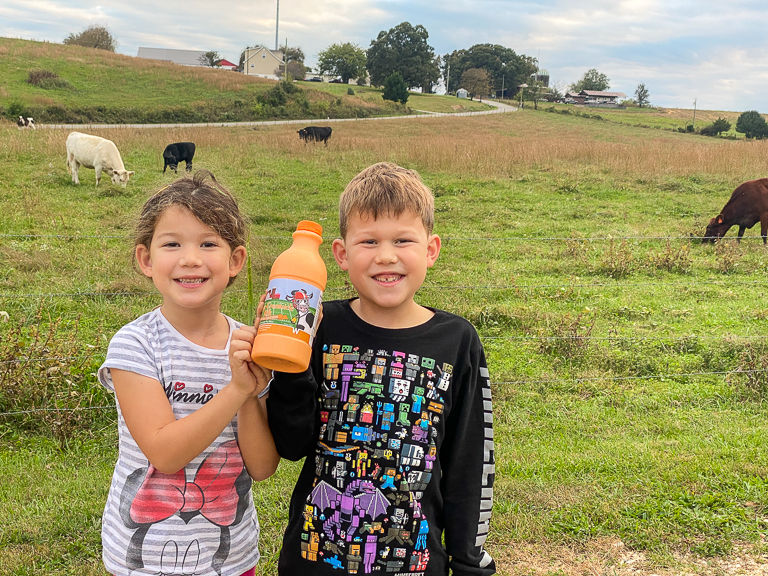 The kids were excited to give it a try! They do love the popsicles. 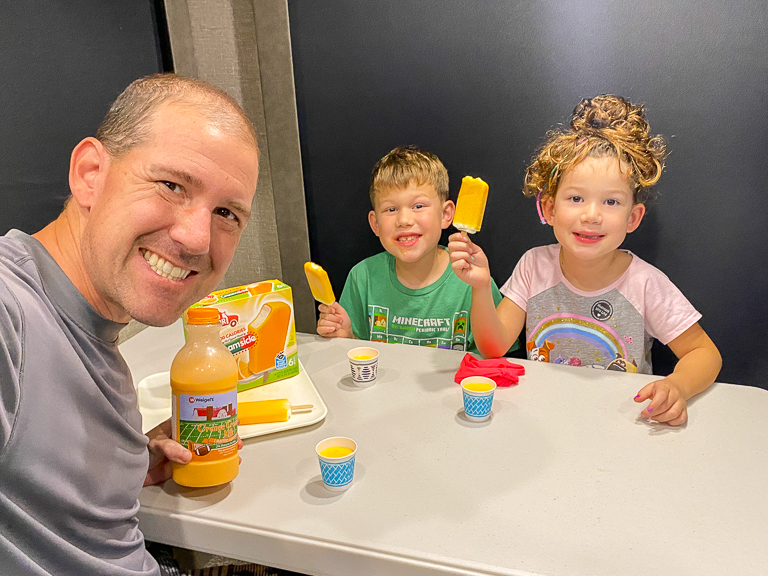 They got close on the color. But what about the taste? 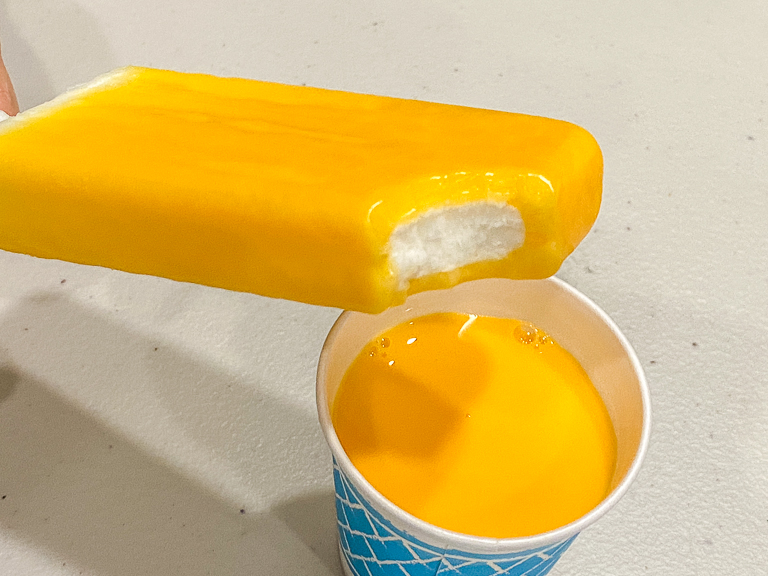 The kids were completely split. Ian hated it, saying it tasted like cardboard. I don't get that. 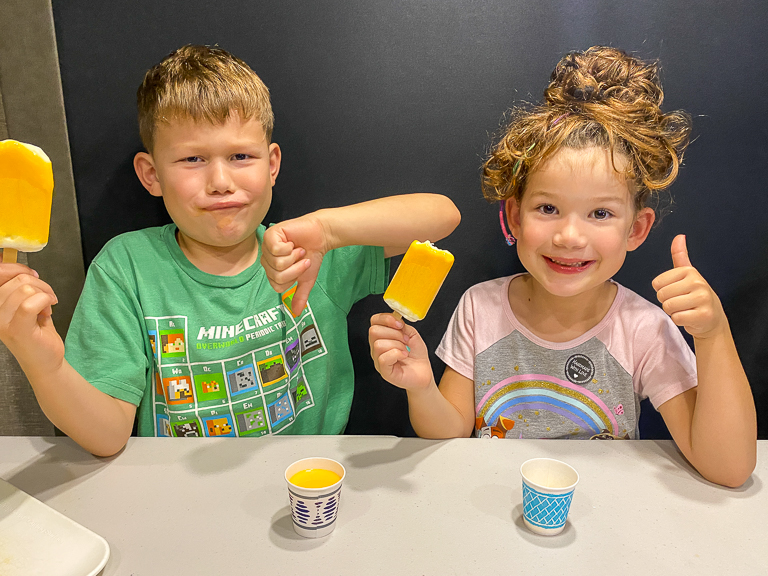 Alli loved it, asking if she could finish Ian's cup as well.
It's not as good as a creamsicle. The orange flavor tastes a bit off to me. I know it's artificial, but this tasted too artificial to me. It's sweet, and orangey, but it's not my favorite. The Creamsicles on the other hand, they get a bit 10 out of 10. They are the best part of this taste test. 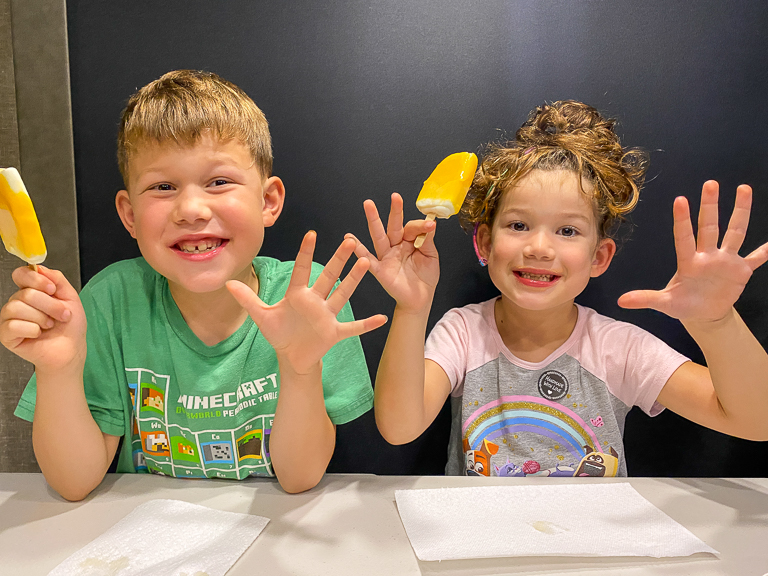 Ian, did you just eat all the orange off the popsicle?
Ian - Gotta save the best for last! 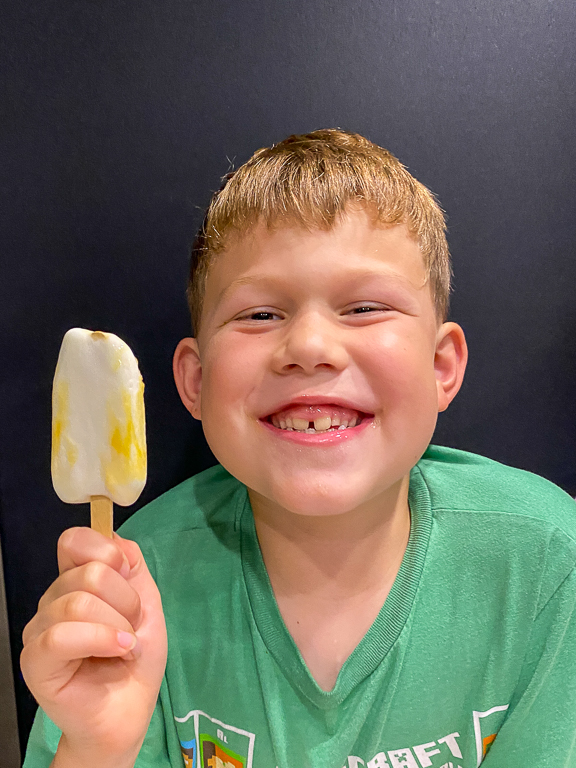