A soda that tastes like a Bomb Pop? Yes please!

Faygo released the Firework flavored pop this summer and it was an instant hit! I was trying to find it for our 20 Flavor Faygo Taste Test earlier this year, but couldn't. 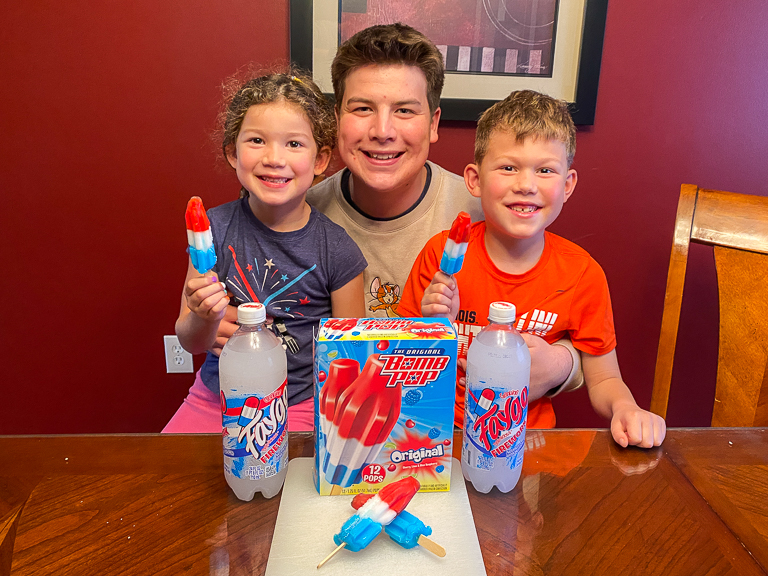 This soda is flavored with Cherry, Lime, and Blue Raspberry, just like the classic Bomb Pop. You know how we do things here. We're going to compare Faygo Firework to The Original Bomb Pop and see how close they really are! 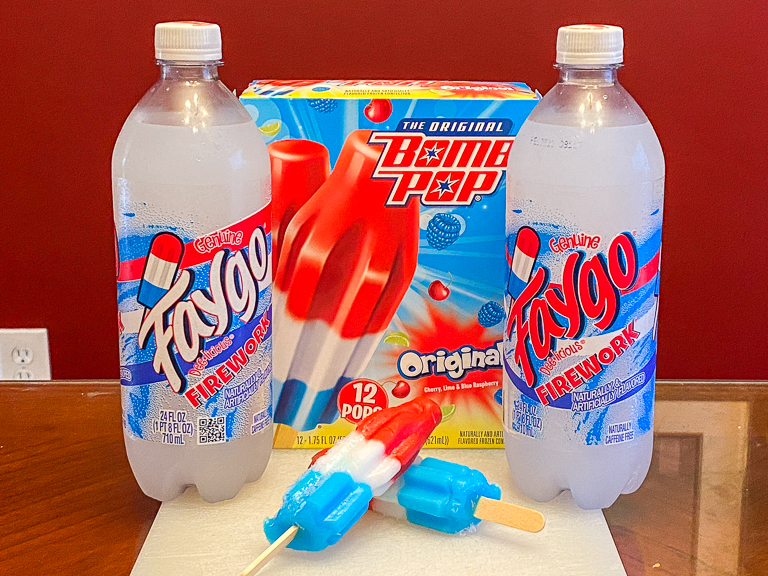 So many people were trying to find Faygo Firework, it was out of stock everywhere I looked. I traveled to a lot of different states over the last few months, but had zero luck. But I knew in October I was going to Detroit Michigan, the home of Faygo, so surely I would be able to find it there. Even after checking multiple stores, I had no luck at all. They sell for ~$1.50 a bottle, but they're going for $10 a bottle on eBay. Oh well. Guess I'll be missing out.
I mentioned this one night to my nephew Ethan, he disappeared, and 30 minutes later came back with a couple bottles! 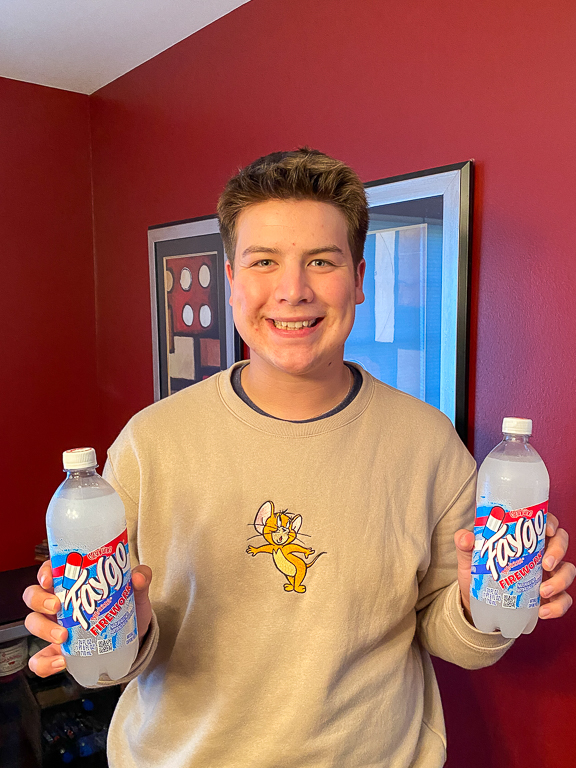 There's a gas station he visits that has it, along with a sign limiting the number you can buy. He said it was for his uncle, so they let him buy two! 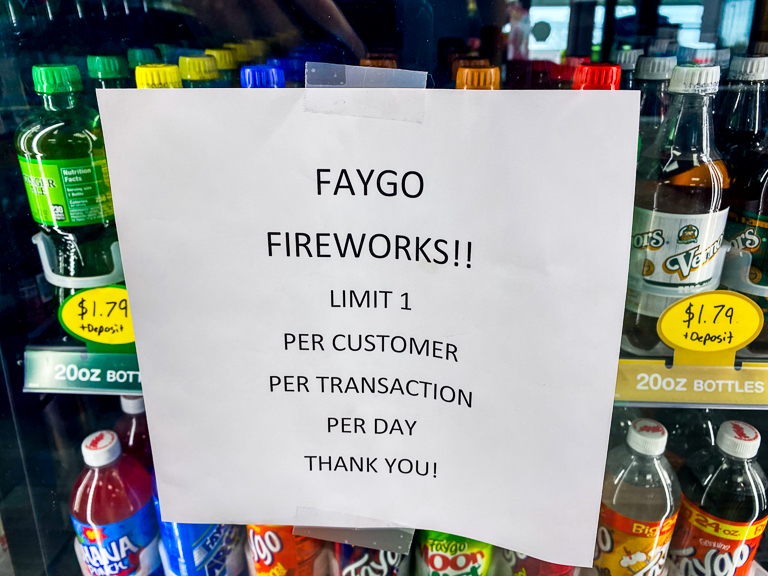 And even though it looked like they were all out, if you look to the back, they still had a couple to buy! 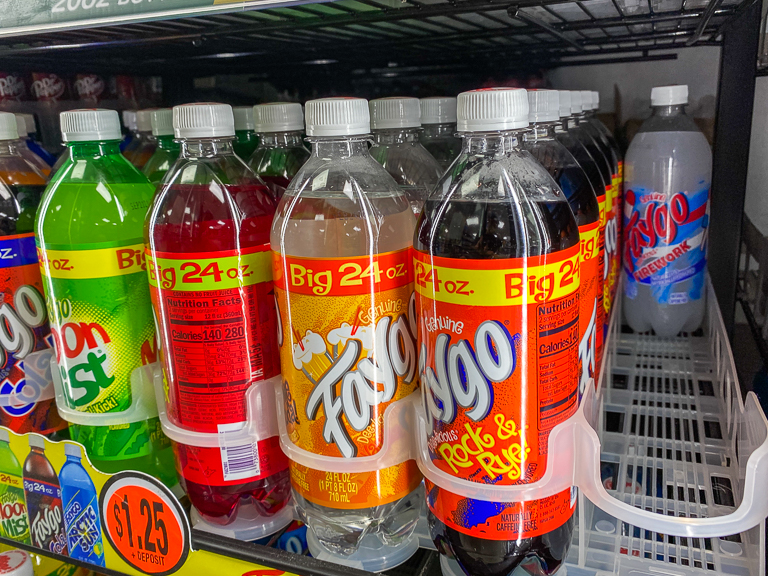 They've got a Red White and Blue popsicle on the label, and the description on their website says "This fire combination of cherry, lime, and blue raspberry will light up your tastebuds." This one had plenty of interest. Everyone wanted their own Bomb Pop. 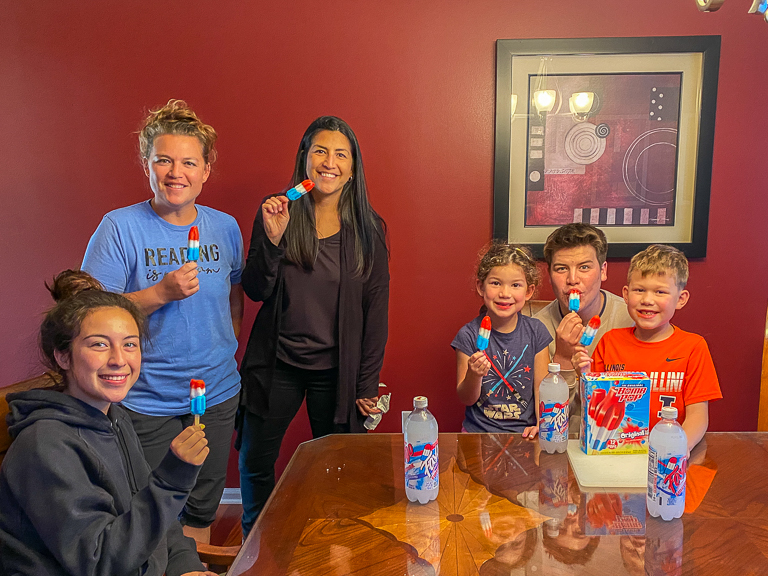 I don't think I've had a real Bomb Pop in a while. I was thinking they were more like an Ice Pop, but it's a little more smooth than that. Theresa compared it to the TMNT bars you get from the ice cream man. 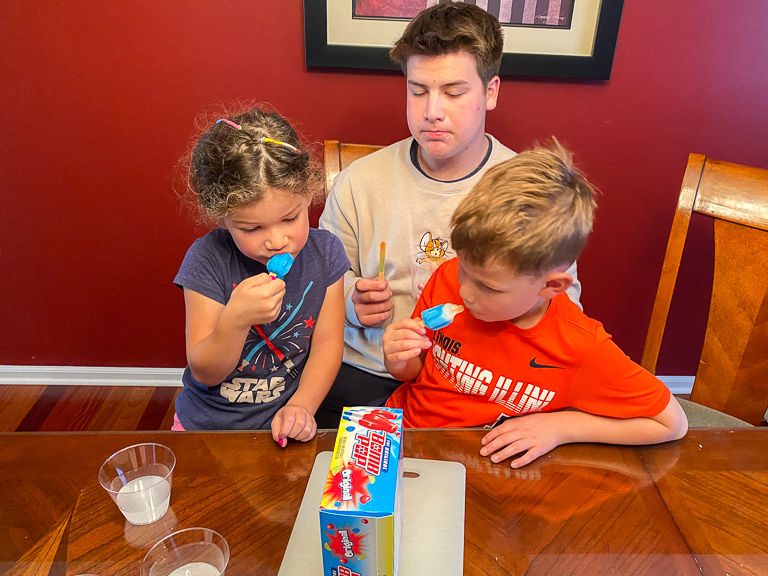 Theresa - I'm a "top of the Bomb Pop" fan.
Someone does not like blue raspberry. 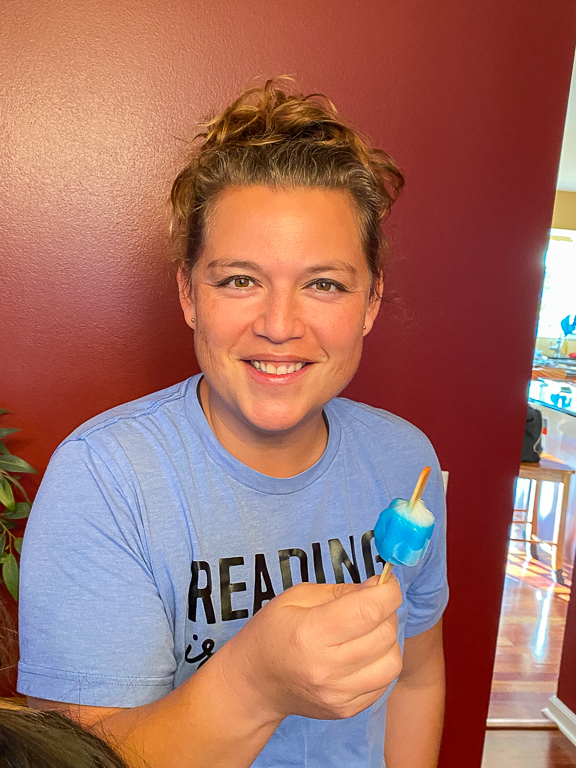 How is the Faygo Firework? It's very carbonated and it's got a much stronger flavor than the Bomb Pop. Or maybe it's because the Bomb Pop has frozen my taste buds so it doesn't have as strong of a flavor.
But I'm picking up all the right flavors from the soda. It's heavier on the Lime and Cherry, with hints of Blue Raspberry, but it's all there and Faygo did a really good job of matching the flavor of the Original Bomb Pop. 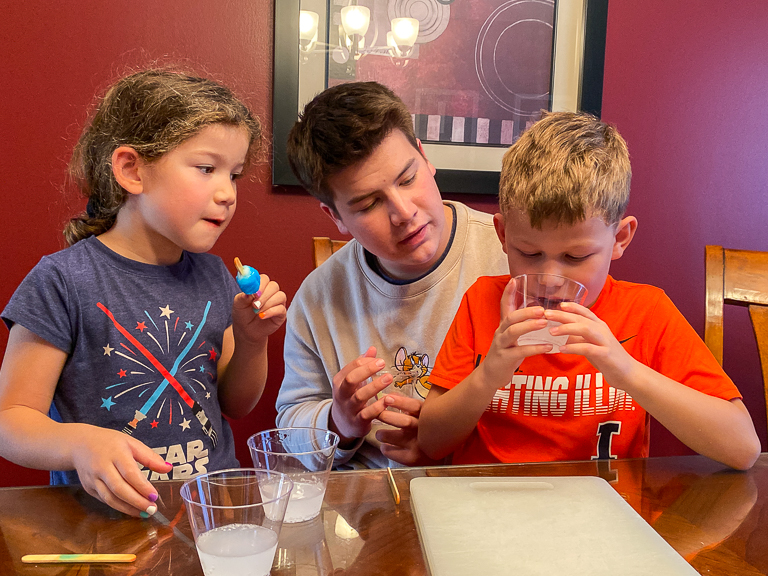 Ian thought it was too carbonated.
Alli - Here, suck on this and it'll help.
Ian - Much better. This is great!
I thought Faygo Firework was pretty tasty! I still like the Faygo Pineapple from the earlier taste test better, but this was a good one. Give it a try if you can find it!
Thank you Ethan for helping me make this taste test happen! 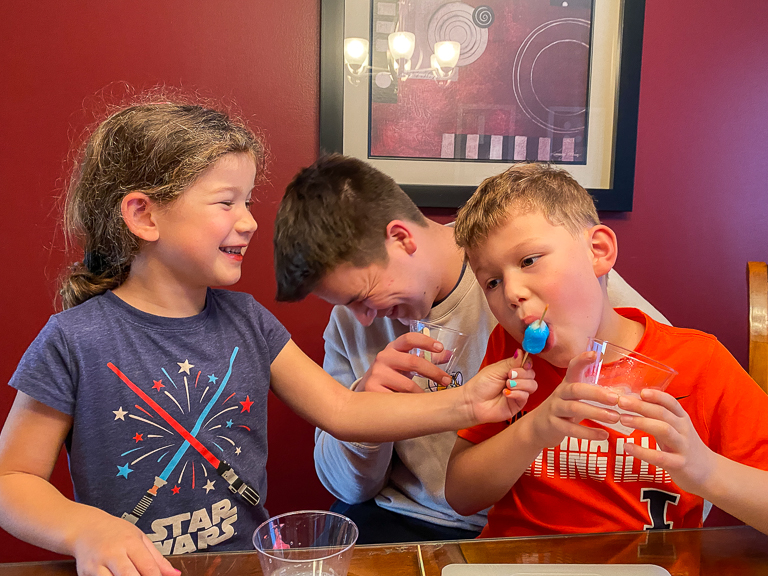